We take a look back at the head-to-head record between the Sky Blues and the weekend's opponents, Rochdale.

Meetings have been few and far between since a first encounter over 90 years ago with the Sky Blues winning three of the 17 fixtures.

Rochdale have ten wins to their name with their also being four draws along the way, so the Sky Blues will be hoping to improve that record this weekend. 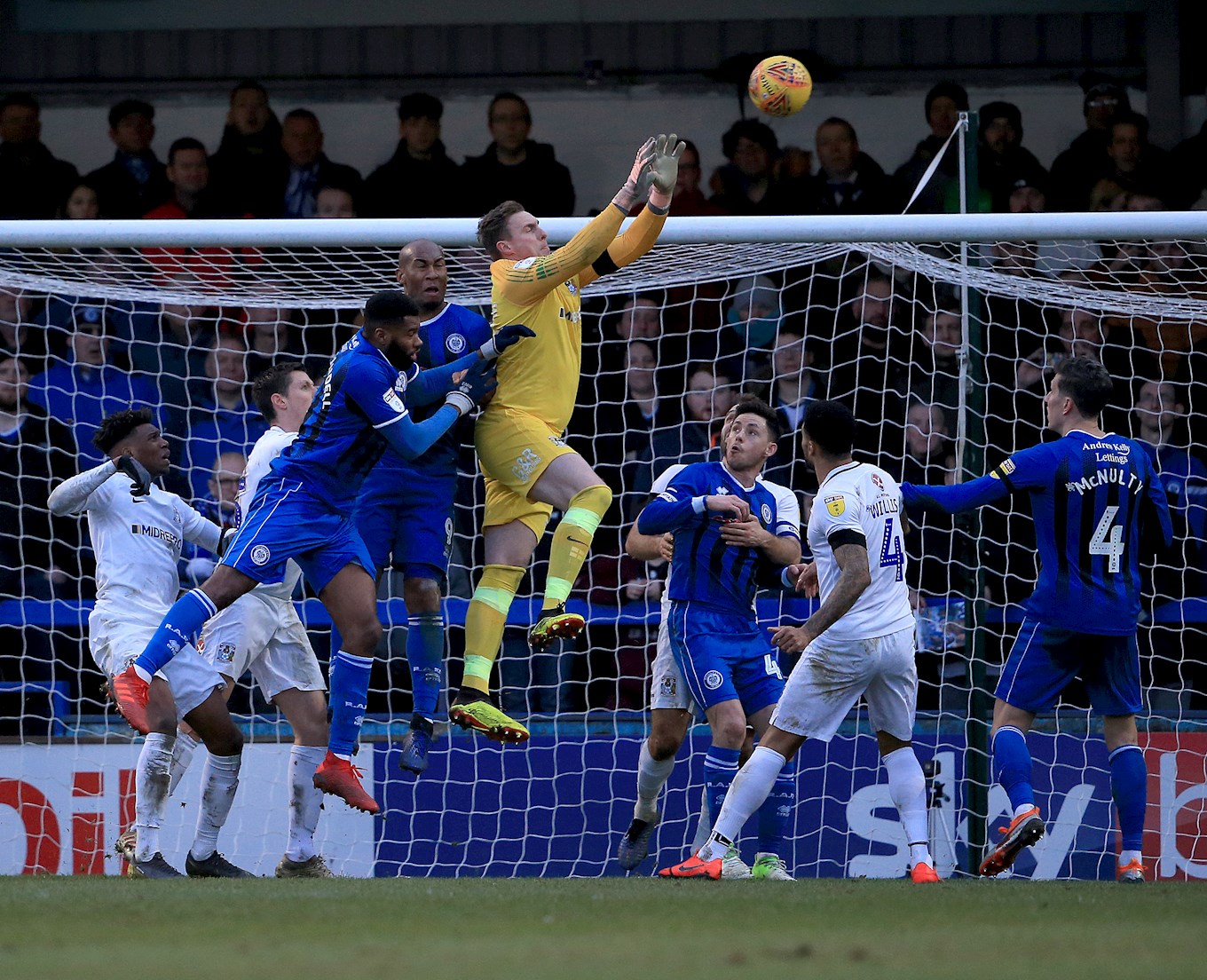 The last meeting between the two sides came earlier this year when City travelled to Spotland looking to continue a good run of form.

There was a shock amongst the starting eleven, as injuries to duo Lee Burge and Liam O’Brien meant that City drafted in Birmingham City ‘keeper, David Stockdale on an emergency loan.

Stockdale kept a clean sheet in the game and helped City on their way to three points when Jordy Hiwula slotted the only goal of the game.

The initial meeting took place on 8 December 1920 when fifteen and a half thousand saw a 1-1 draw in an FA Cup sixth qualifying round at Highfield Road, Bert Millard scoring for The Bantams. Three days before Christmas a goal from Ted Hanney wasn’t sufficient as City lost the replay 2-1.

Still going strong at 92, American actor Dick Van Dyke had been born six days before the first ever league meeting of today’s clubs which took place at Highfield Road a week before Christmas in 1925.

The occasion was a Division Three North fixture. James Kerr’s Coventry were having an erratic campaign. Unable to go more than three games without defeat all season, when they won they tended to win well, indeed there had been a 7-1 walloping of Rotherham the previous month. On this occasion City had to settle for a point from a 2-2 draw in which Charlie Houldey and Fred Herbert were on the mark. 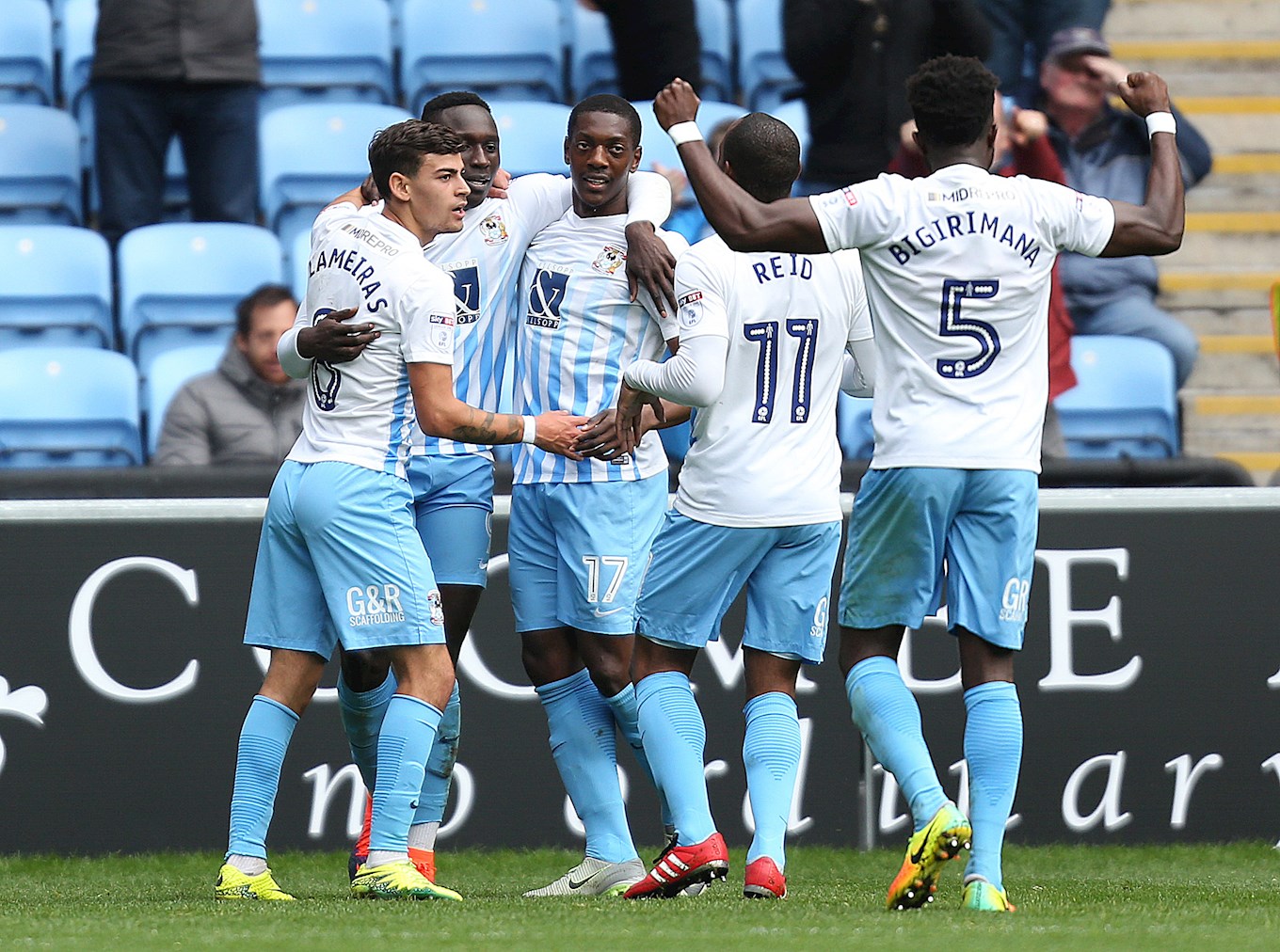 There wasn’t much doubt City would go through to the third round of the League Cup when Rochdale were on the receiving end of a 4-0 reverse at Highfield Road on 25 September 1991.

A crowd of just under 6,000 were treated to a brace from Robert Rosario with further goals coming from Kevin Gallacher and Lloyd McGrath.

Although Rochdale won the second leg 1-0 courtesy of Andy Milner, Terry Butcher’s side went through to meet his old club Arsenal.

There was an 88-year hiatus in league meetings between the clubs. From May 1926 to September 2014 Coventry and Rochdale only met in cup-ties.

Despite achieving a top half of the top-flight finish in 1970-71 The Sky Blues slipped out of the FA Cup at third division Rochdale in a third round tie.

Just over two decades later another narrow defeat at Spotland was matter-less as City led a League Cup tie 4-0 from the first leg but in 2003 third division Dale reached the fifth round of the FA Cup or only the second time in their history as goals from Paul Connor and Gareth Griffiths did for City.

Both sides had player-managers in this tie, Gary McAllister for Coventry and the home side’s Paul Simpson.