The Sky Blues travel to the Stadium of Light on Saturday to take on Phil Parkinson’s Sunderland side. Here is all you need to know about the Black Cats. 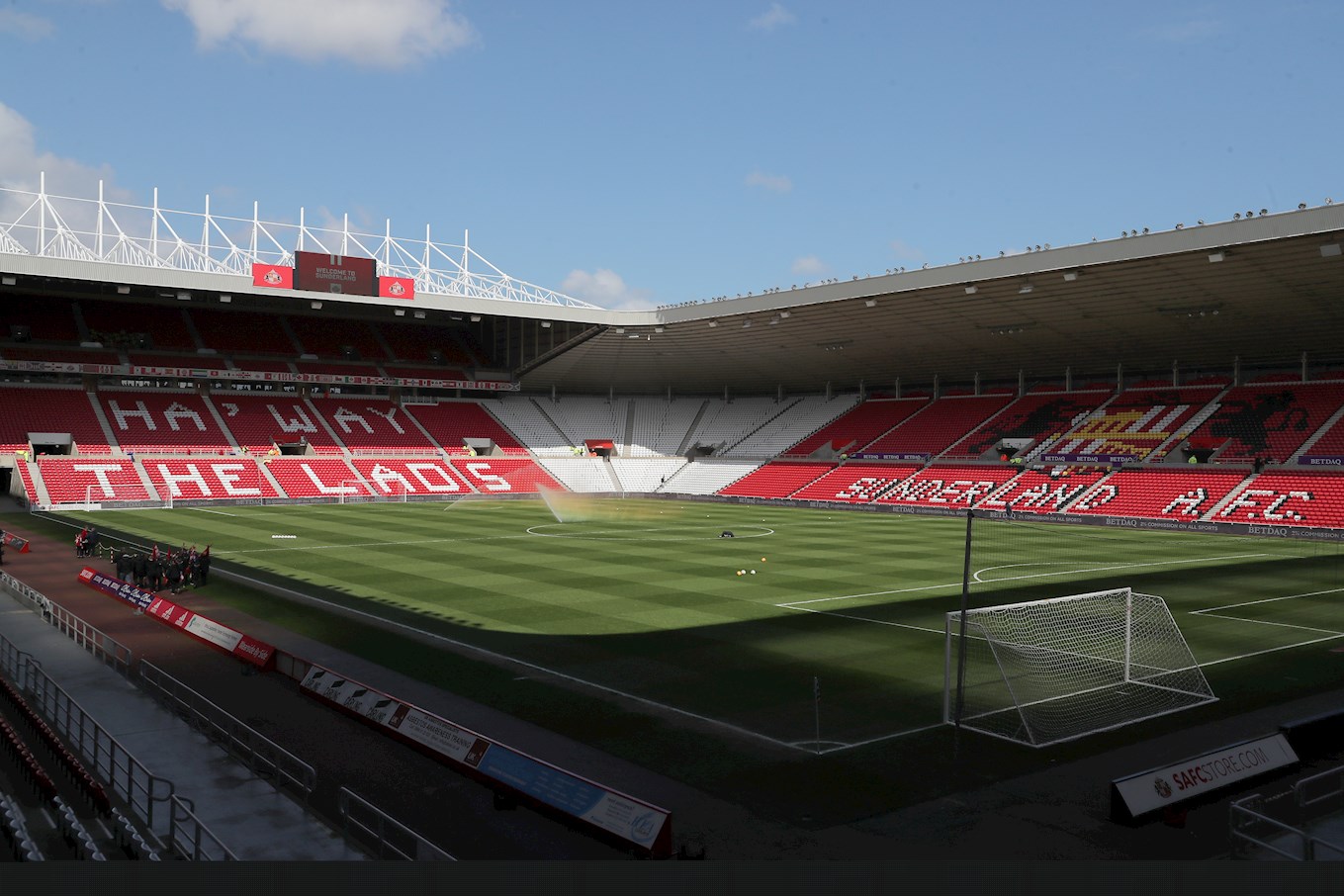 The Black Cats currently sit 9th in the Sky Bet League One table and recently appointed Phil Parkinson as manager after relieving Jack Ross of his duties. Ross lead Sunderland to the play off final last season but suffered heart break with a 2-1 defeat to Charlton Athletic.

Sunderland have won seven games so far this season with four draws and four defeats with five of their victories coming at the Stadium of Light. The Black Cats last league game was their 1-0 victory over Southend as their previous four games have been in different cup competitions.

Parkinson has a number of experienced players in his squad with Aiden McGeady and Chris Magurie contributing eight goals between them so far this season. 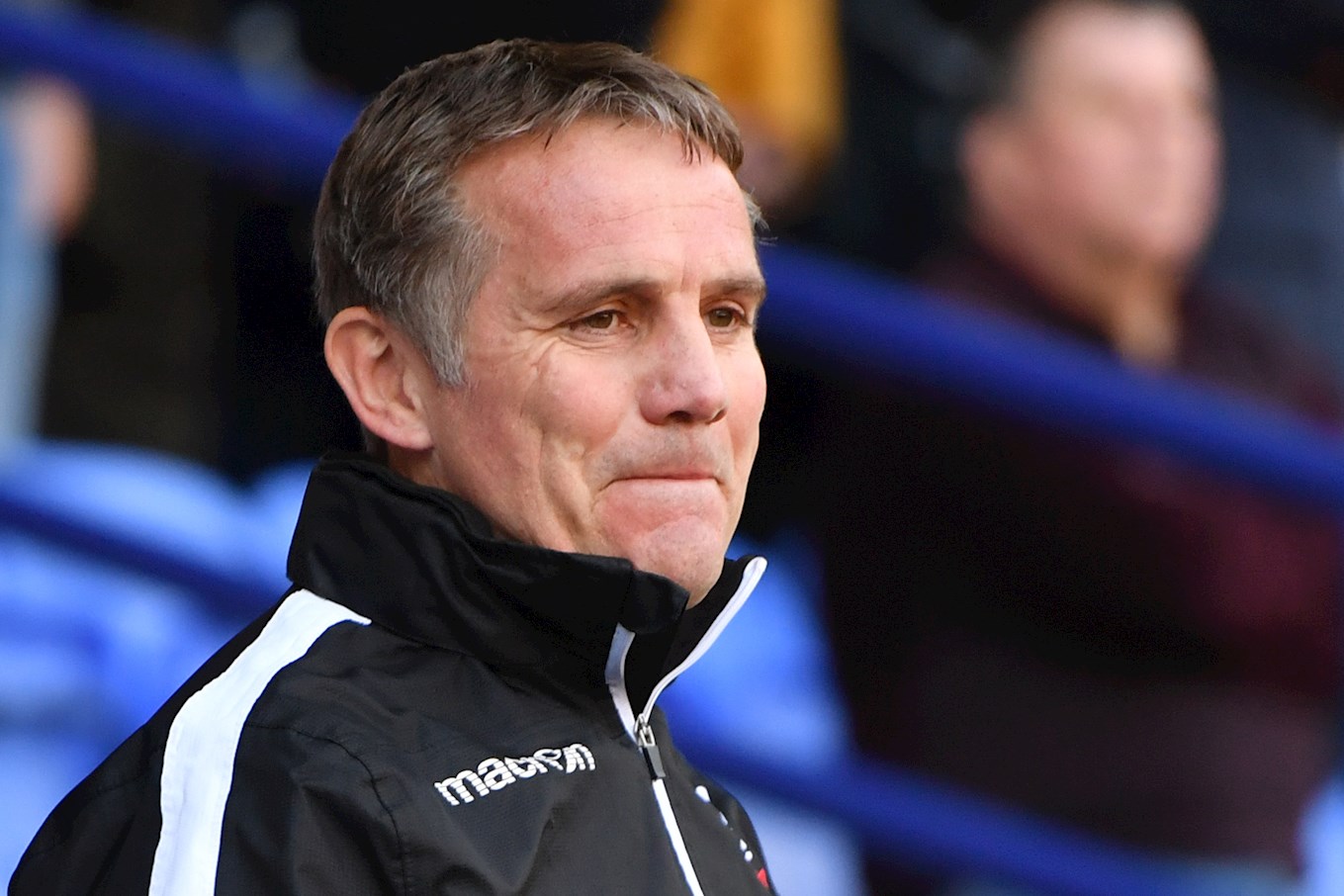 Phil Parkinson was appointed Sunderland manager on 17th October taking on the sixth managerial role of his career. Parkinson began life in management with Colchester United and achieved immediate success as he defied the odds and guided the U’s to promotion to the Championship during the 2005/06 season.

Parkinson then joined Hull City in June 2006 after he resigned from Colchester but did not last long in his new role as he left Hull after just six months with the Tigers in the relegation zone. Parkinson then had spells as assistant and first team manager of Charlton before joining Bradford City in 2011 where he led his side to a Carabao Cup final following victories over Premier League sides Arsenal and Aston Villa which earned Parkinson the Outstanding Managerial Achievement award.

In the same season Bradford achieved promotion to League Two and continued their cup heroics after coming from 2-0 down to defeat Premier League Chelsea at Stamford Bridge to reach the Quarter Finals of the FA Cup. During the 2015/16 season Bradford reached the League One Play Offs but fell to a 4-2 aggregate defeat to Millwall.

After more than four and a half years with Bradford, Parkinson left to club to join Bolton Wanderers where he won promotion to the Championship at the first time of asking after finishing runners up. Parkinson left the club in August this year and was out of management before joining Sunderland last month.

A whirlwind first half was dominated in its early stages by City’s front four, particularly Bright Enobakhare who gave City the lead inside 12 minutes.

Sunderland responded through captain George Honeyman, but were powerless to stop the ingenuity and pace of Luke Thomas and Enobakhare as they laid on classy assists for front men Amadou Bakayoko and Jordy Hiwula to give the Sky Blues a 3-1 lead on 25 minutes.

The scoring relented until the 40th minute when Charlie Wyke hammered home, before Will Grigg levelled proceedings right on the referee’s half-time whistle. City came out fighting in the second half and were ahead once more when Jordan Shipley crashed home from 25 yards, however the lead was short-lived as a deflected Max Power effort trickled into the net to level an unbelievable game up at four all.

With 12 minutes still left to play, good wing play from substitute Charlie Wakefield got the ball into the penalty area and Conor Chaplin capitalised on a defensive error, twisted and turned in the area before lashing the ball into the top corner on his weaker right foot to secure all three points for the Sky Blues. 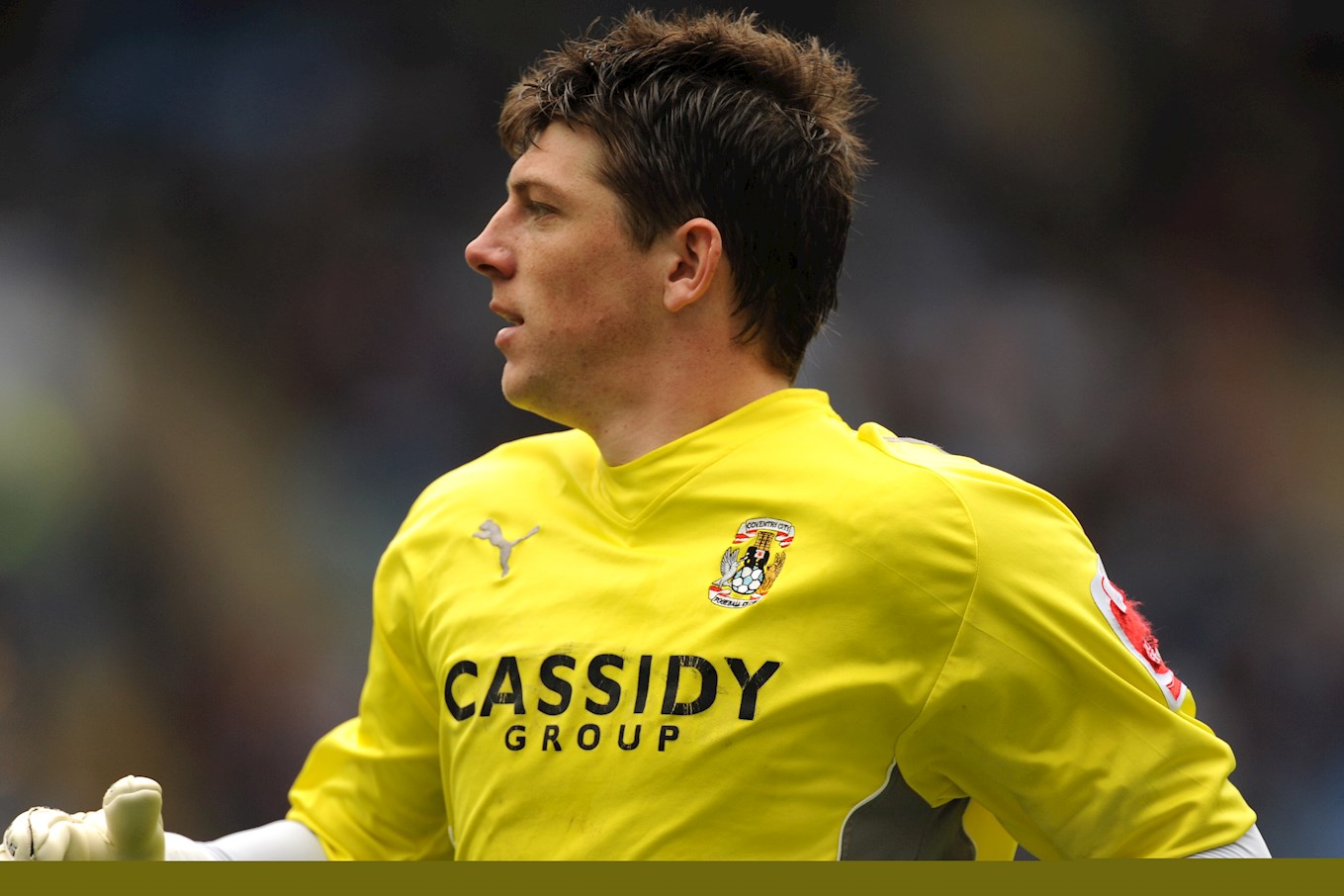 In his final year at the club, Westwood was named in the PFA Team of the Year for League One and repeated that feat in the Championship with the Sky Blues making the PFA Team of The Year in 2009 whilst winning the club’s player of the season award. He had joined City in 2008 for an undisclosed fee.

Westwood then joined Sunderland on July 1st, 2011 after his contract expired for the Sky Blues and featured 19 times in the league for the Black Cats before playing second fiddle to Simon Mignolet.

Westwood left the club in 2014 and joined Sheffield Wednesday where he still plies his trade. 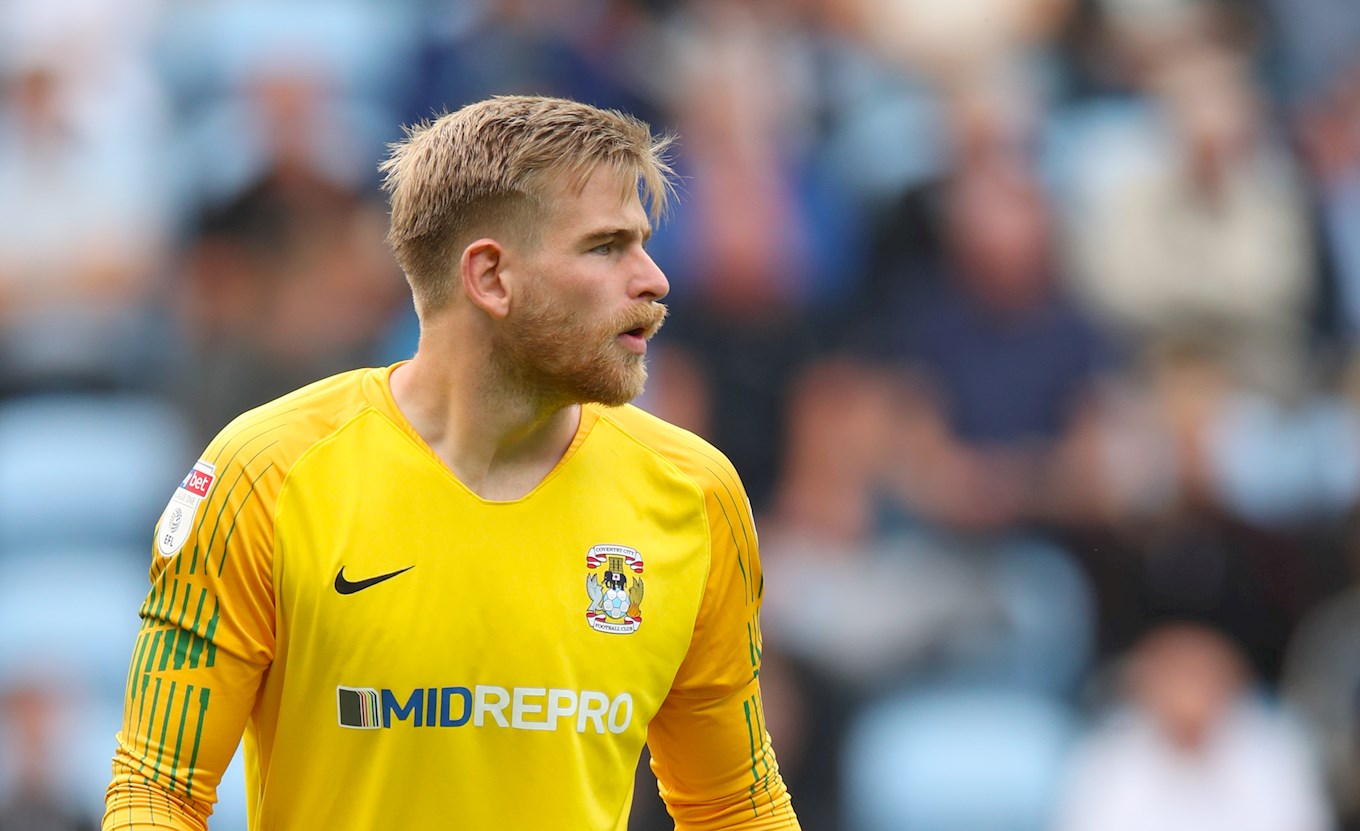 Lee Burge joined the Sky Blues when he was just 11 before rising through the academy and signing his first professional contract with the club. Burge made 160 appearances for City, helping the side to victory in the Checkatrade trophy, now the Leasing.com Trophy, in 2017 and played a key role in the promotion season 12 months later.

Burge joined The Black Cats this summer as his contract with the Sky Blues expired. 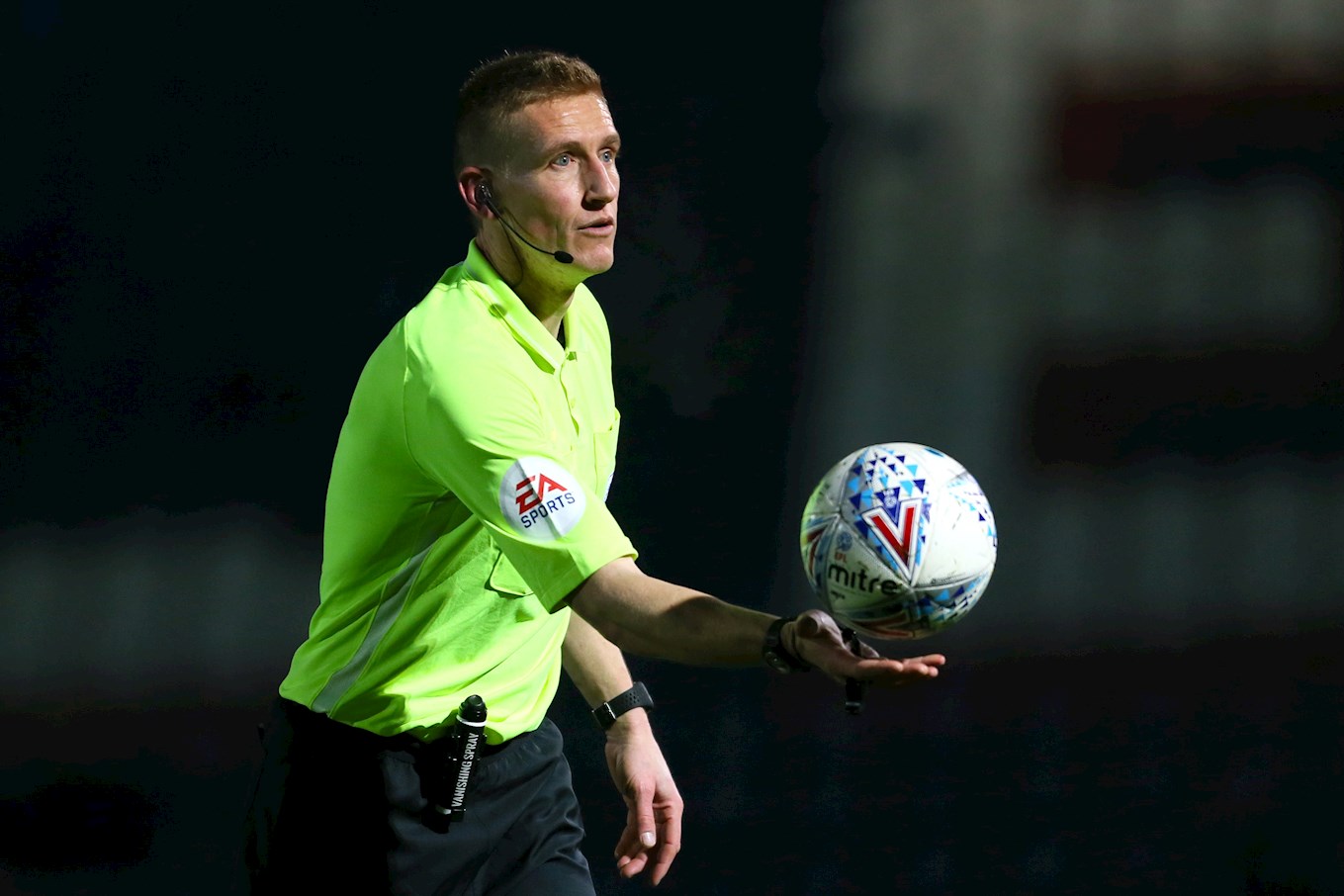 Scott Oldham will be the man with the whistle when the Sky Blues take on Sunderland. So far this season, Oldham has officiated in: six Sky Bet League Two games; five Sky Bet League One games; two Emirates FA Cup games; one Leasing.com Trophy game and one Carabao Cup game.

Oldham has officiated one Sky Blues game this season, taking charge of the 4-1 win of Exeter City in the Carabao Cup First Round back in August.

He will be assisted by Chris Isherwood and Wayne Grunnill, while Richard Wigglesworth will act as fourth official.