A Sweden international who ended his career with well over 100 caps, Roland Nilsson didn’t come to Coventry to be a Sky Blue supremo, but to play. Well known in England due to a lengthy stint at Sheffield Wednesday, Nilsson was brought back to these shores by Gordon Strachan, who paid a reported £200,000 for his transfer in 1997. Roland had been doing very well back in his own country with Helsingborg and at 33 probably thought his days of playing abroad were over, not least because at the time of City’s approach he was making moves for a career after football as a Sales Manager for an insurance firm. 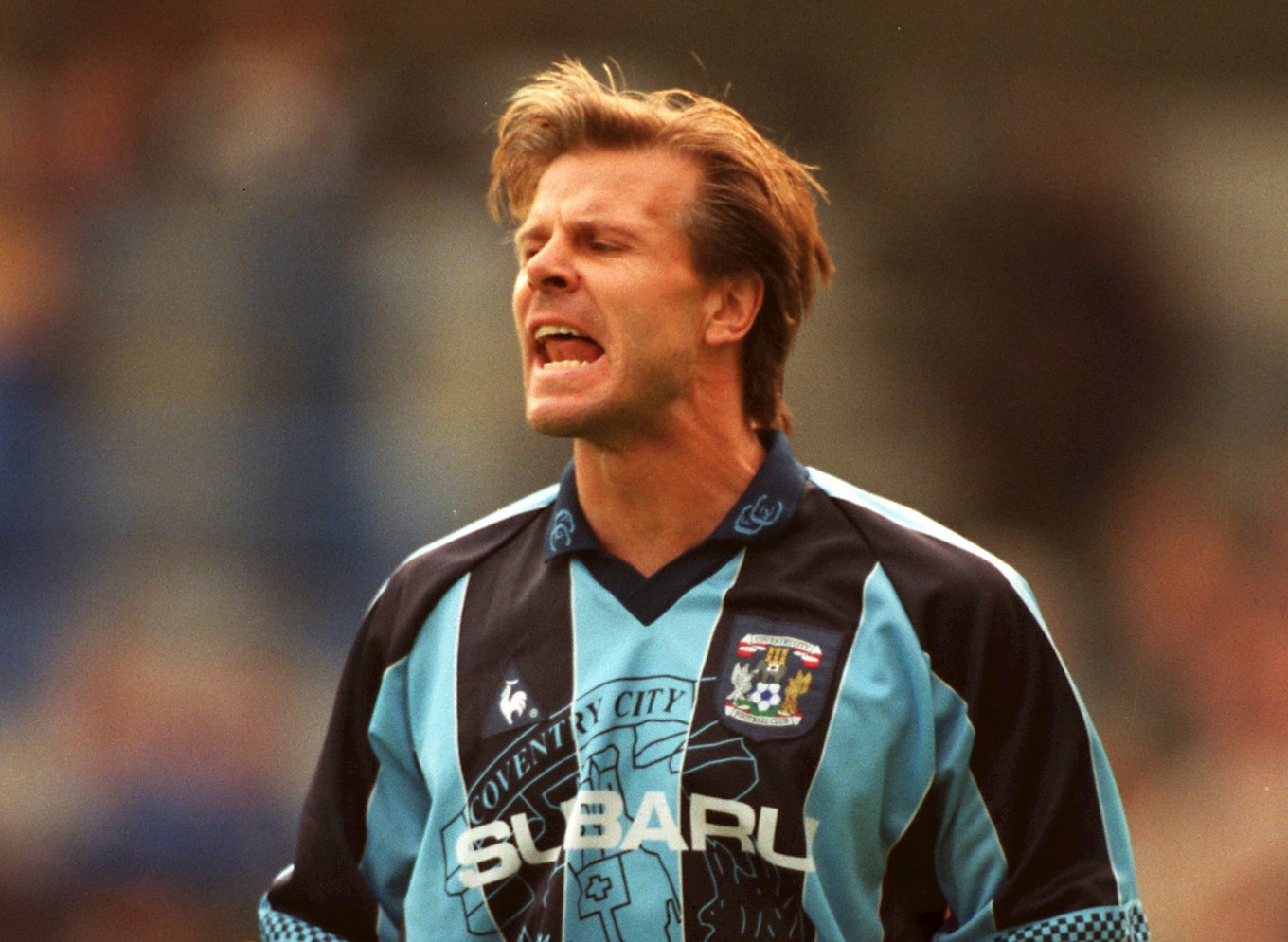 Nonetheless Roland showed his class at Coventry for Strachan, who had taken over from Ron Atkinson, the Swede having played for ‘Big Ron’ at Sheffield Wednesday. Atkinson had moved to the role of Director of Football at Highfield Road at the time of the transfer, after relinquishing managerial duties in November 1996 , but his influences on ins and outs is unclear.

Two years after once again going home to Sweden in 1999,  Nilsson returned to Coventry - this time in a playing and coaching role which led to him becoming player-manager in 2001. Relegated from the Premier League in 2001, Strachan brought Nilsson in as player-coach. Having debuted first time around for the Sky Blues at Manchester United, Nilsson’s second stint with City began back in Greater Manchester, but the fact the game was at Stockport illustrated the club’s demotion. 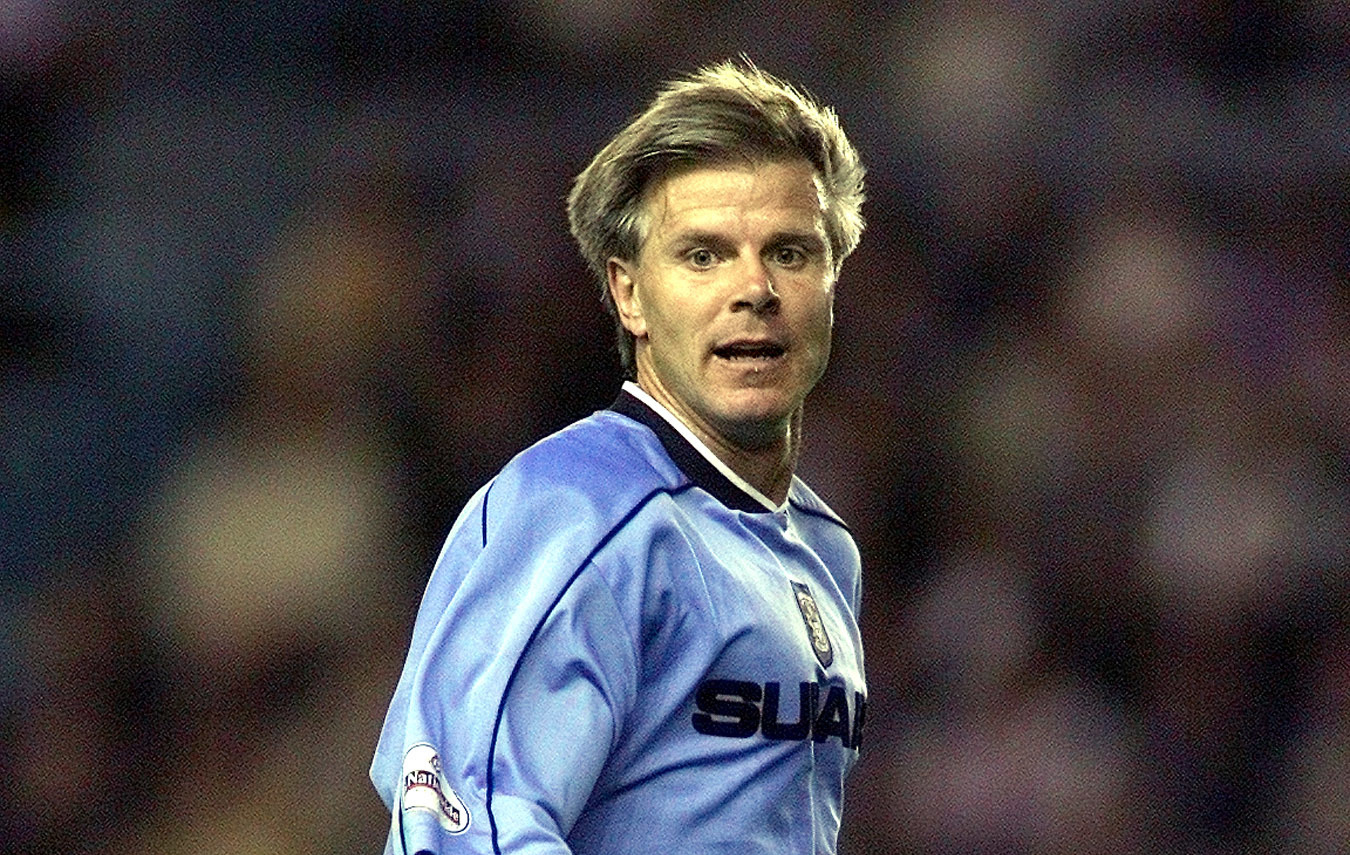 Despite winning, it quickly became clear the season was not off to a good start when the next four league games brought just one point, one goal and one sacking as Strachan was dispensed with as City struggled.

A hero at Sheffield Wednesday, Roland could have picked a more hospitable place to kick off as caretaker manager than Bramall Lane, but a clean sheet combined with Laurent Delorge’s first goal for the club got newbie Nilsson off to a terrific start, as his trip to the red half of Sheffield saw City emerge with three points.

Four days later it was former Coventry defender Stuart Pearce who got the show on the road, scoring an own-goal for the first home goal under Nilsson as Kevin Keegan’s Manchester City were beaten in a thriller,  David Thompson grabbing the winner to make it 4-3 with a minute to go. Tonight’s visitors Portsmouth were then beaten as the new manager bounce saw City start to gain in confidence and show the quality of a club playing at a higher rank just a few months earlier.

Four further wins and two draws made it 23 points from 27 when ex Sky Blue skipper Terry Yorath arrived at Highfield Road in caretaker-charge of Sheffield Wednesday. Travelling Wednesday-ites recognised the City manager’s qualities rather than their own as they sang, ‘Number one is Roland Nilsson’, carrying on right the way through to ‘Number 11 is Roland Nilsson’, naming the City boss for every number bar nine (They attributed that shirt to David Hirst). 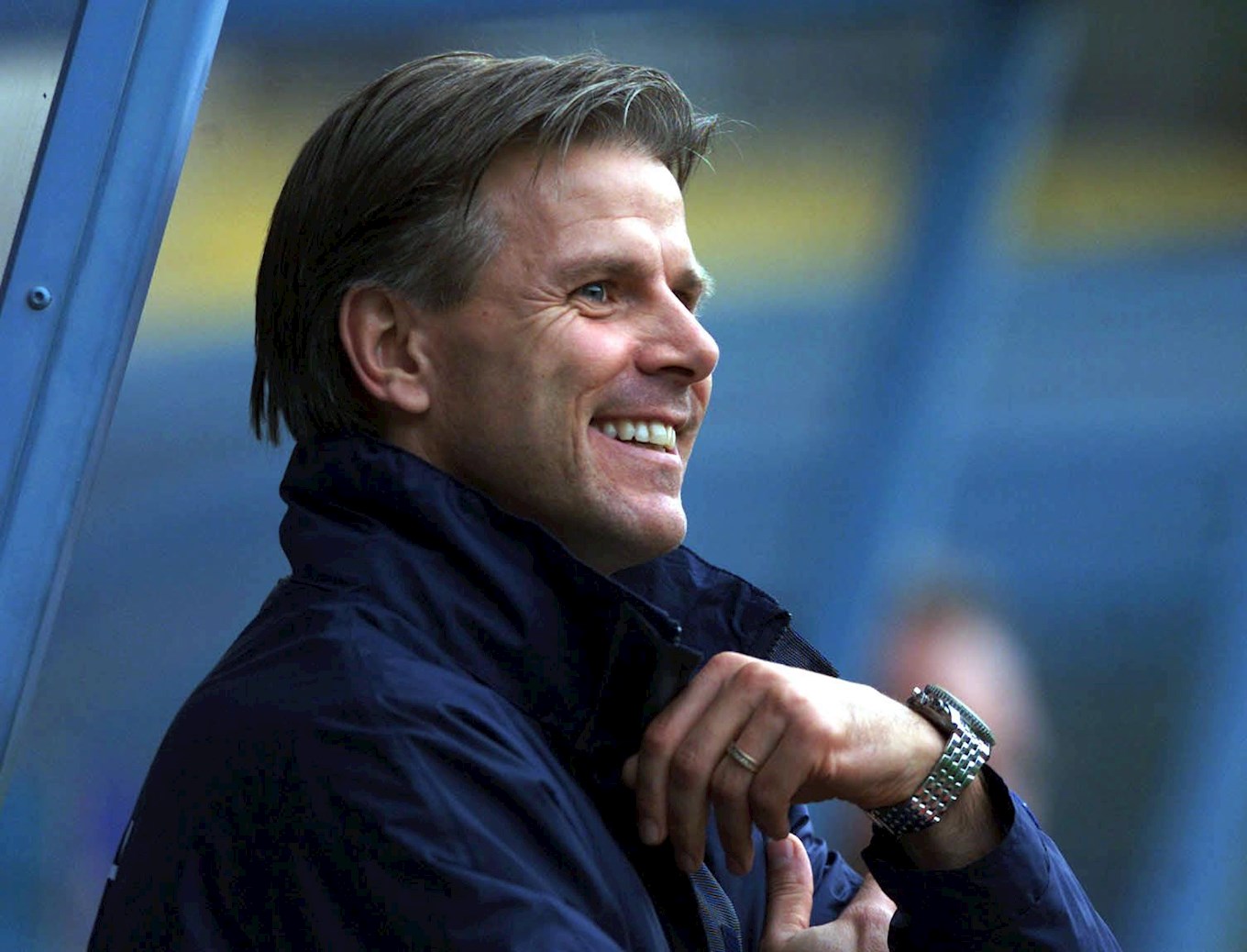 A 25-yard free kick from Youssef Safri gave Coventry the lead just before half-time with Nilsson’s side doubling it just after the hour mark, Lee Hughes converting a penalty after Laurent Delorge had been fouled by Derrick Geary. 18th when Nilsson took over, victory took Coventry briefly to the top of the table. It was the week Strachan was installed as Southampton manager but by now Roland’s rescue saw him lose the caretaker tab, although the award of the Manager of the Month award he won for October can often be a harbinger of doom. 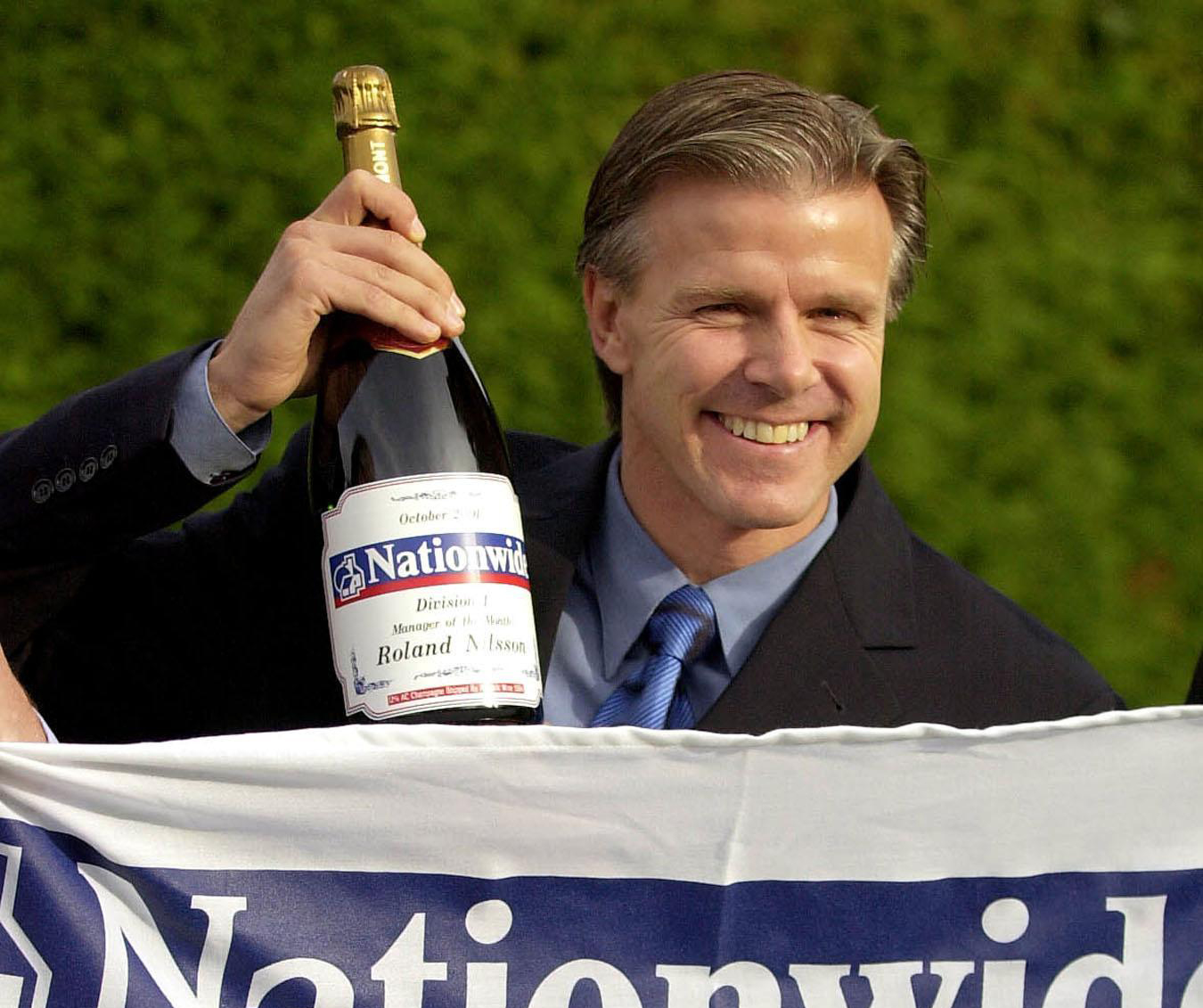 With Academy director Richard Money and European scout Ray Clarke installed as Nilsson’s back up team, Coventry carried on with hopes restored that an instant return to the top-flight could be achieved.

The excellent start had to end though and games against Preston would prove telling. Initially a 2-2 home draw with North End was a little disappointing due to the high standards that had been set, but the point took the unbeaten run under Roland to 11 games with City well amongst the promotion pack. The return with PNE would indicate the impending close of Roland’s reign.

A few days later things looked good as Coventry led with 10 minutes left at Millwall only to lose to a last-minute goal from Richard Sadlier. That signalled a run of six defeats from eight games as City slumped with Christmas approaching. Faced with the first bad run of his managerial career, an old head in 61-year-old ‘Bald eagle’ Jim Smith was brought in.

Mid-season inconsistency curtailed Coventry’s attempts to re-install themselves in the leading pack. Meanwhile, chairman Bryan Richardson departed at the end of January after suffering a vote of no confidence from fellow board members. 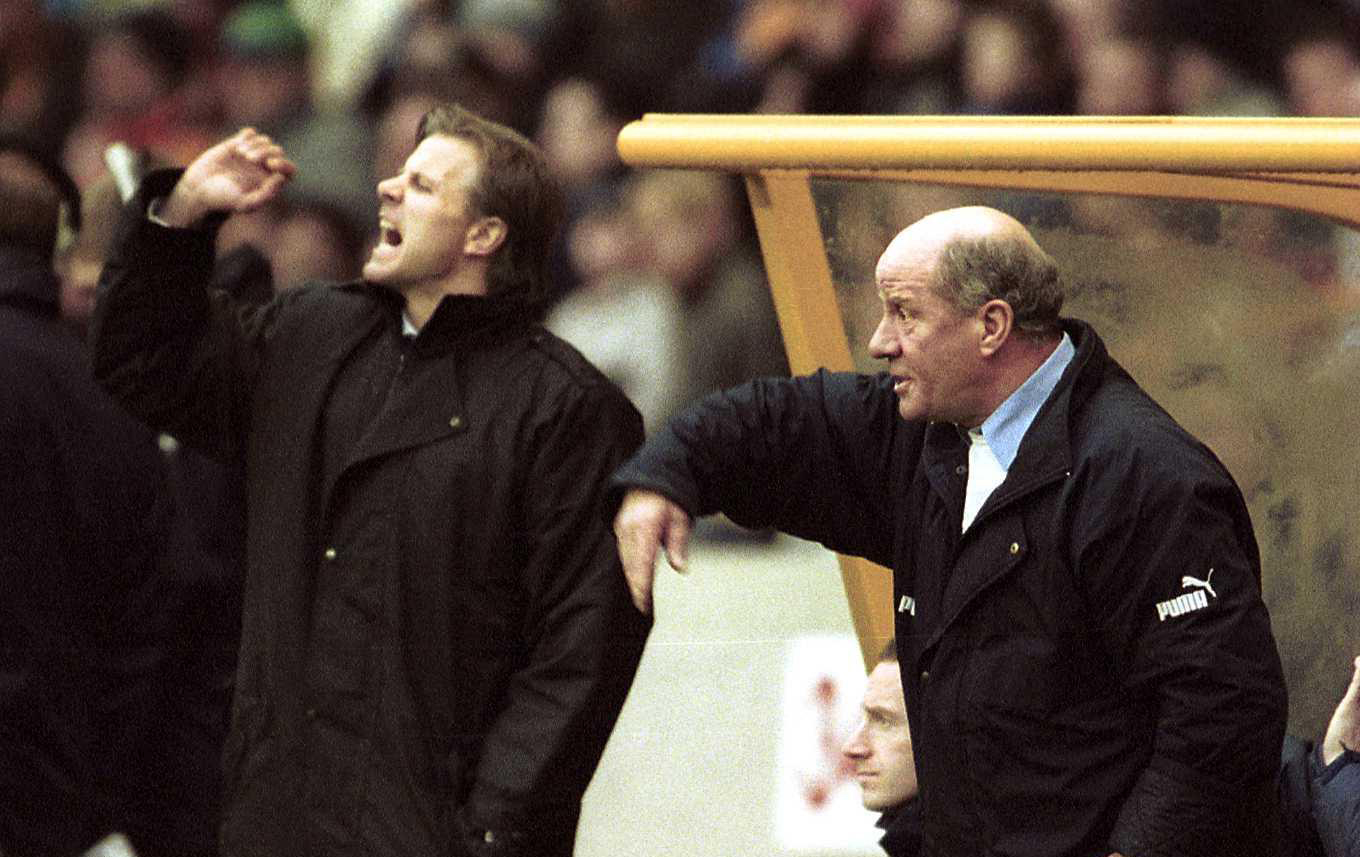 A run of four wins in a row, including a couple of big score-lines, rekindled hopes that Roland’s team had put their sticky patch behind them and were running into form as the business end of the season came into sight. Indeed, with seven games to go, City sat fourth after back to back home wins but a comeback from a half-time deficit against Norwich on March 9th proved to be Nilsson’s final victory.

A badly timed run of one point from four matches saw the gaffer elect to get his boots on again for the first time in over six months. He must have wished he hadn’t bothered as Preston ran riot, inflicting a 4-0 Deepdale defeat. It was the heaviest defeat of Nilsson’s run as Sky Blue supremo, but there would be just one more. After Steve Claridge gave Play-off bound Millwall victory at Highfield Road, new chairman Mike McGinnity swung the axe, sacking the Swede with one game to go. 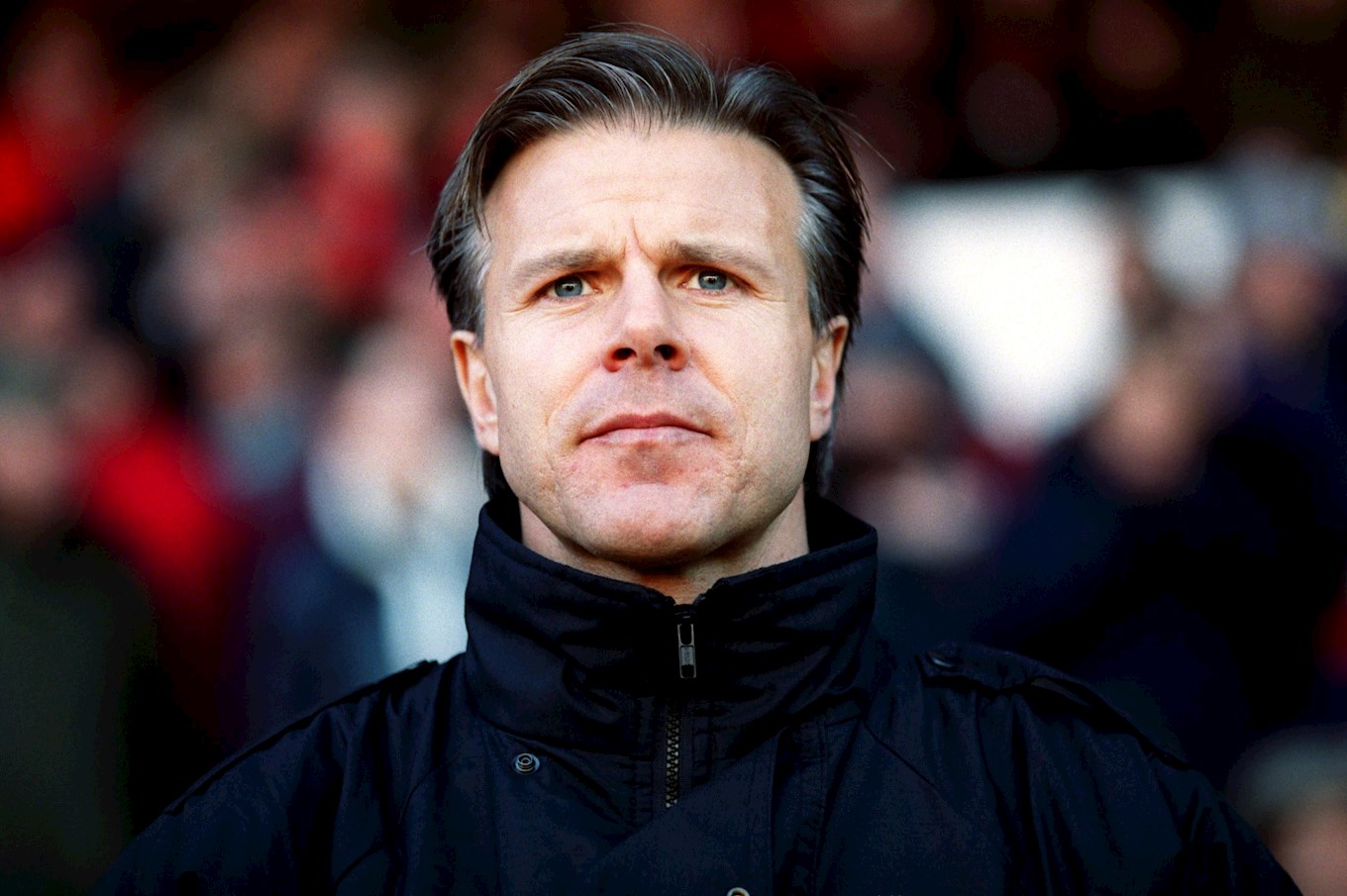 He had taken 43 games as Coventry manager, six draws and one more win than defeat gave Roland a more than decent 44% win ratio. Returning to his home city of Helsingborg, a fourth spell with his boyhood club saw Nilsson briefly act as youth coach before taking over as manager of GAIS on 18th December 2003, a year and a half after leaving Coventry.

Based in Gothenburg, GAIS are one of Sweden’s oldest clubs. They had fallen on hard times but were on the way back when appointing Nilsson. Back to back relegations beginning in millennium year had seen them plummet from the Allsvenskan to the third tier but they had recovered to at least return to the second tier, the Superettan via the Play-offs. It was at this point that Nilsson came in, the Swedish season having just ended when he was appointed.

His first season saw GAIS consolidate in sixth place (out of 16), finishing five points shy of a Play-off place. Faced with Stockholm giants AIK in their division following AIK’s sensational relegation, Nilsson’s GAIS did well to reach third place as AIK ran away with the league. Facing the third bottom top tier team Landskrona BoIS, Roland’s side edged a home first leg 2-1 before a determined performance in the return kept a clean sheet that took them to promotion on 30 October 2005.

By now a month short of his 42nd birthday Nilsson pulled on his boots and relied on himself to ensure that crucial clean sheet as he put the nil into Nilsson. Having seen his side reduced to ten men after just half an hour, when Brazilian forward Wilton Figueiredo was sent off, Nilsson brought himself off the bench for the final 25 minutes as he ensured hero status for himself at the club. It was one of only a handful of times Roland played for GAIS - he made seven league appearances in his two seasons there.

Losing Figueiredo to AIK, Nilsson turned to tonight’s visitors Pompey to take young striker James Keene on loan. Keene helped keep GAIS up, finishing as their top scorer, starting with a goal in the local derby against Orgryte IS. Keene did so well he earned a move to Sweden but GAIS couldn’t afford him, the Pompey product going on to play in the Champions League with IF Elfsborg.

Nilsson kept GAIS up again the following season before controversially moving to former European Cup finalists Malmo, rivals of both Helsingborgs IF and IFK Goteburg who he had played for with distinction. That rivalry became even more intense when Nilsson’s Malmo became champions in 2010, pipping Helsingborgs to the title. 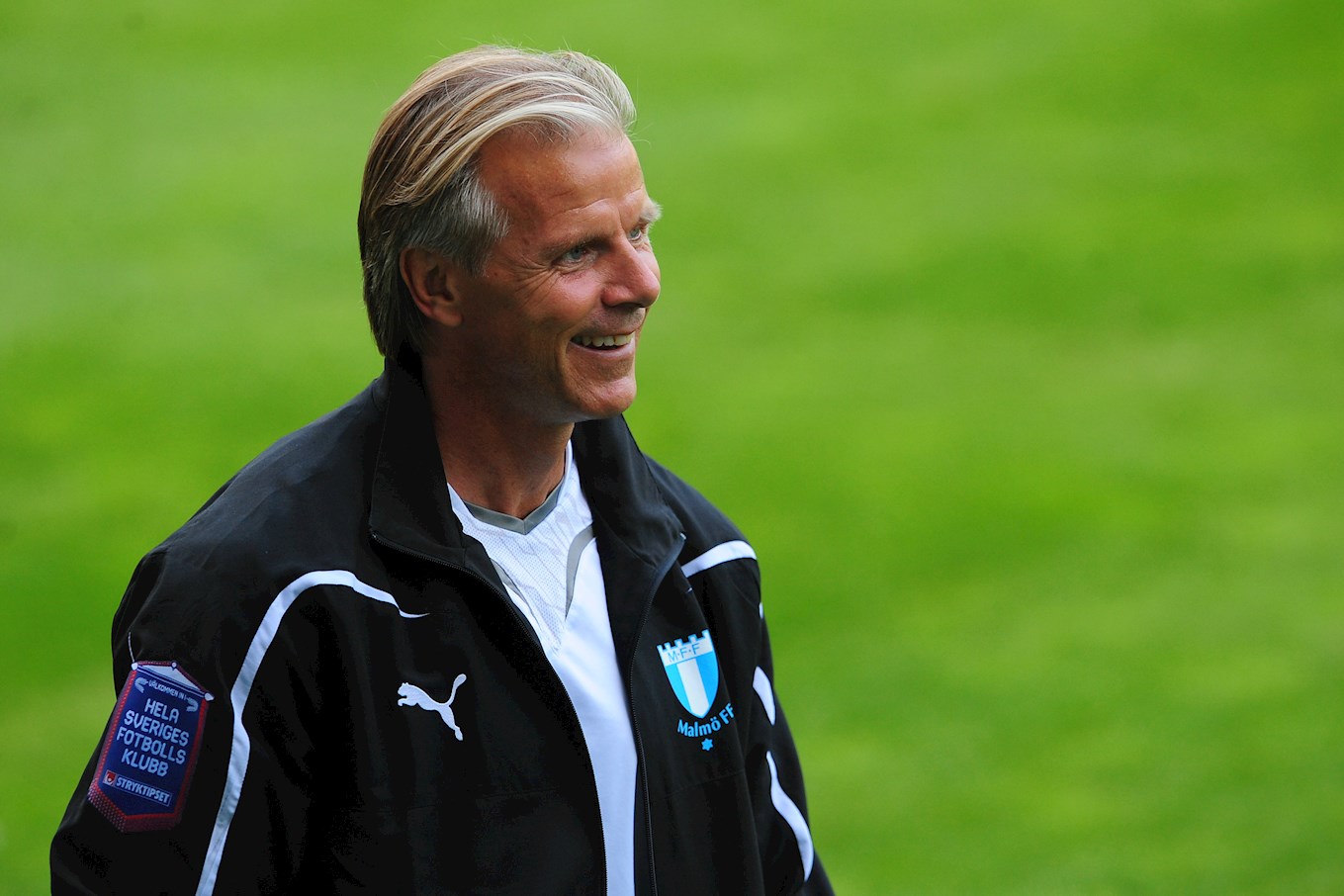 At Malmo, Nilsson again had his old GAIS striker Figueiredo in his squad but he didn’t hang about to take them into Champions League football the following season – where they knocked out Glasgow Rangers.  At the beginning of April 2011 he swapped Malmo for FC Copenhagen, taking over from the former Wimbledon player and future Wolves manager Stale Solbakken.

Starting with a 2-0 away win at SonderjyskE, as at Coventry, Nilsson’s Copenhagen got off to a great start, winning six times and drawing once before falling foul of Czech outfit Viktoria Plzen in the Champions League Play-off round. Domestically though it was 13 games before Nilsson’s side lost and even when he was dismissed on 9 January 2012 – during the Danish Superliga’s winter break - they were top of the league, albeit their only win in six UEFA Cup games had been against Vorskla of the Ukraine. 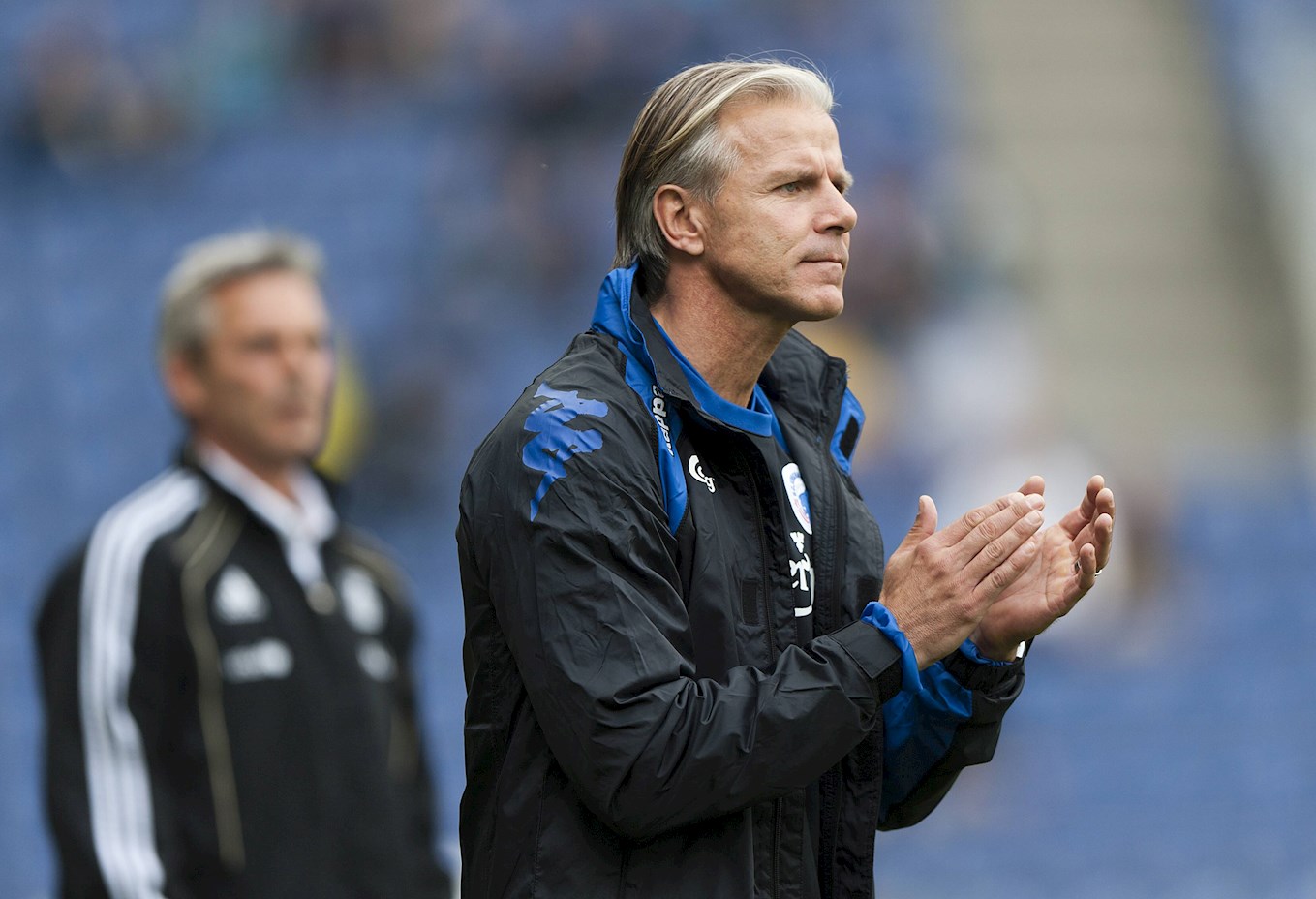 There followed two and a half years out of the game before Roland returned in June 2014 as coach of Sweden’s Under 16s, quickly followed by him supervising the Under 17s and later the Under 21s.

For a manager who won the league with Malmo, topped the table with Copenhagen, got GAIS promoted, and kept them up, as well as managing that 44% win ratio at Coventry, Nilsson has a more than respectable managerial CV. However, it is for his record as a player that he is best remembered.

Captain of Sweden as they won their third place Play-off at the 1994 World Cup after he had played against Brazil in the semi-final, Nilsson also played in the Euro 92 semi-final and was Sweden’s Footballer of the year in 1996. He won the UEFA Cup with FK Goteborg in 1987, winning the Allsvenskan in the same season - the third time he won it with Goteborg, winning it again 12 years later with Helsingborgs. In between, as well as playing for Coventry he had won the League Cup and been a runner up in the same competition as well as the FA Cup with Sheffield Wednesday.