54 points in a 46 game championship season left the Sky Blues slap bang in the middle of the Championship table, in 12th place. Away form was pretty good with only two games more lost than won, but at home there were only four more victories than defeats. Only six teams in the division boasted a better goal difference.

Norwich City were convincing champions, their 94 points seeing them eight clear of runners up West Brom and 15 ahead of the Play-off places. Having finished sixth, Crystal Palace went up through the Play-off route

33 players were used across the 46 games but none of them managed to play in every match.   Stephen Warnock was the most regular member of the side, starting 42 league games and coming off the bench in a couple of others. 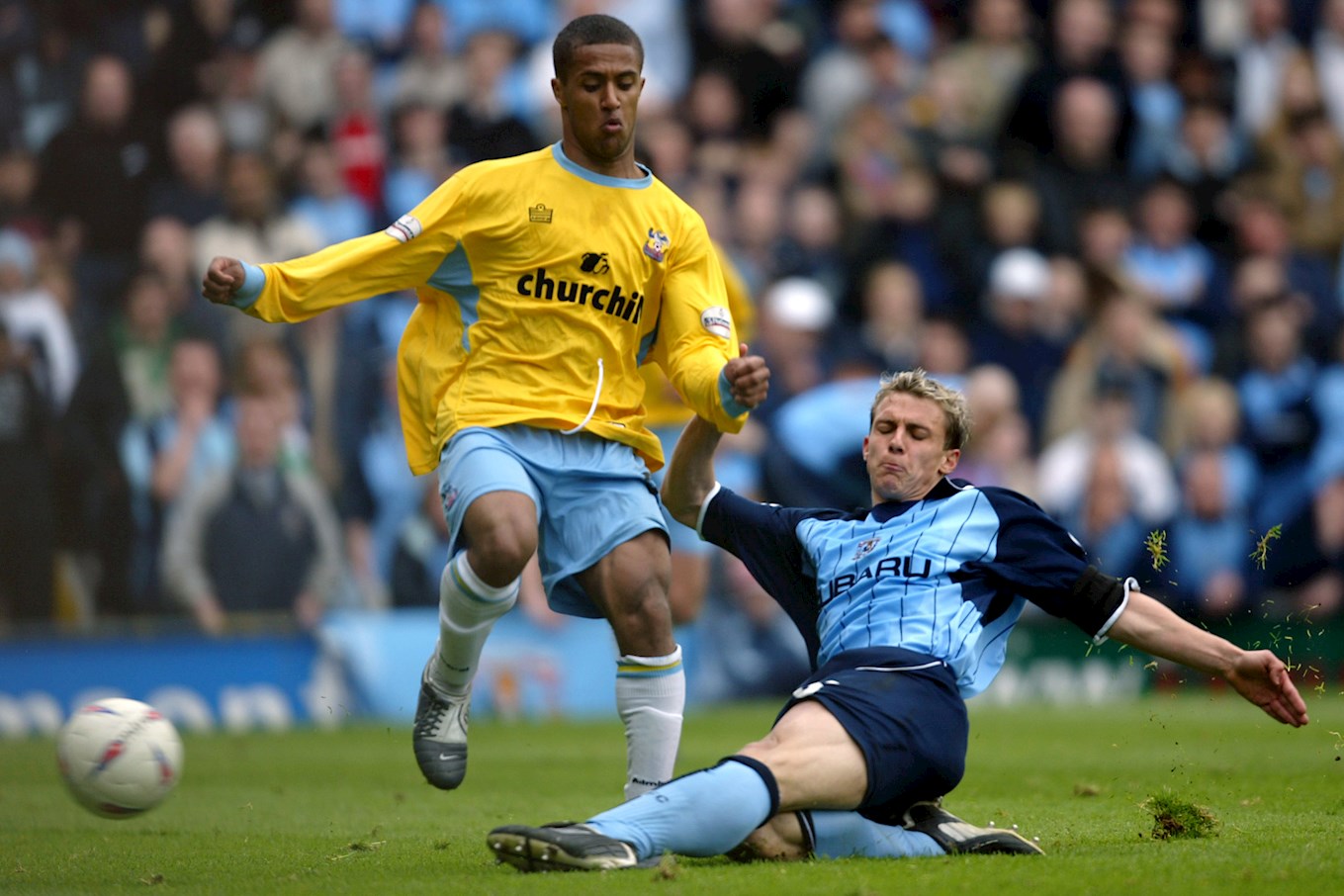 Gary McSheffrey’s 13 goals included three penalties. His tally was all the more impressive given that he only played 19 times in the league, with three of those being as a sub. McSheffrey notched another in the FA Cup. 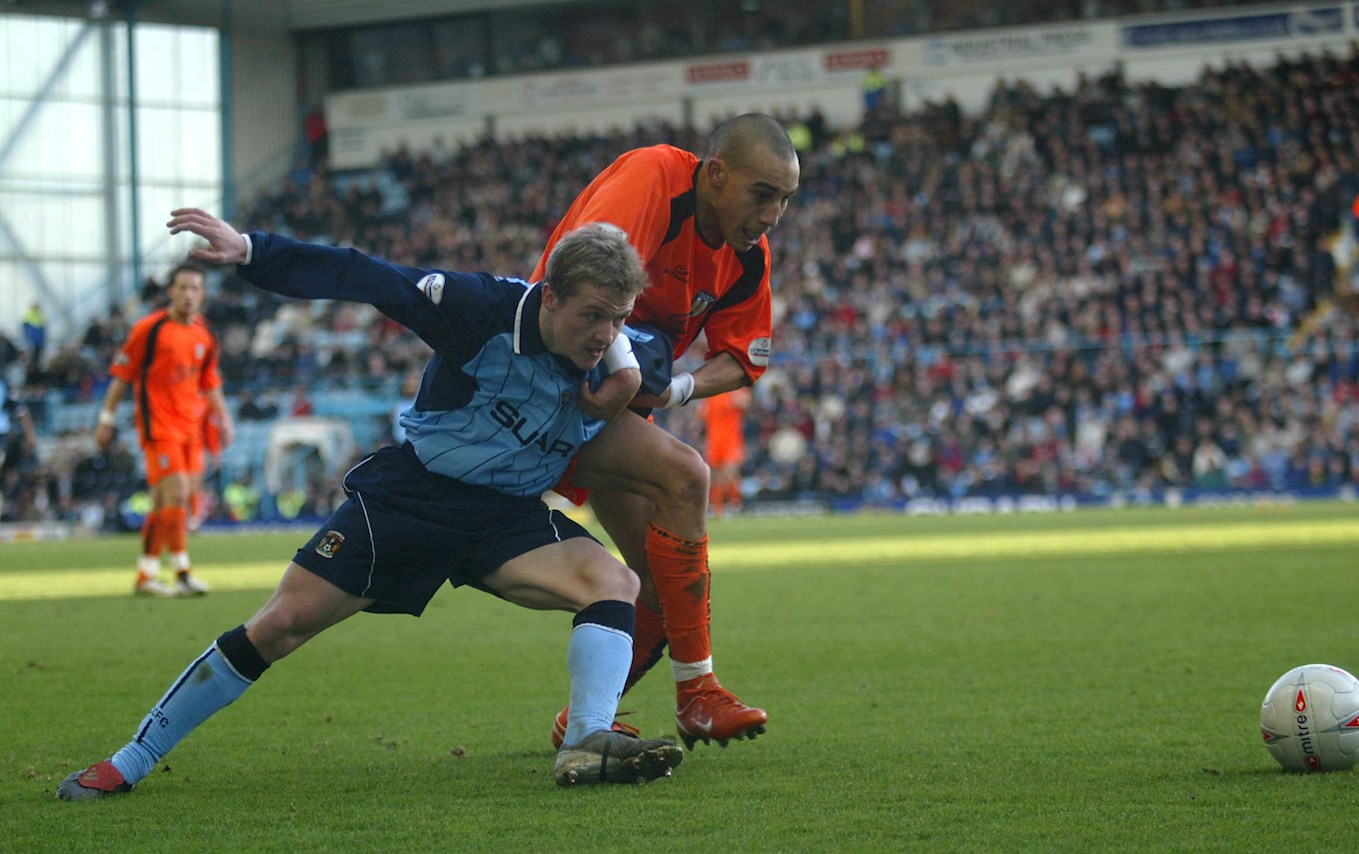 Stephen Warnock’s consistency saw him become the Sky Blue Player of the Season. The on loan Liverpool man returned to Anfield and made 30 appearances the following season for The Reds in all competitions.

Gary McAllister resigned in January to look after his wife, who would sadly pass away in 2006 following a battle with cancer.  McAllister replaced by assistant Eric Black who was then replaced by Peter Reid. 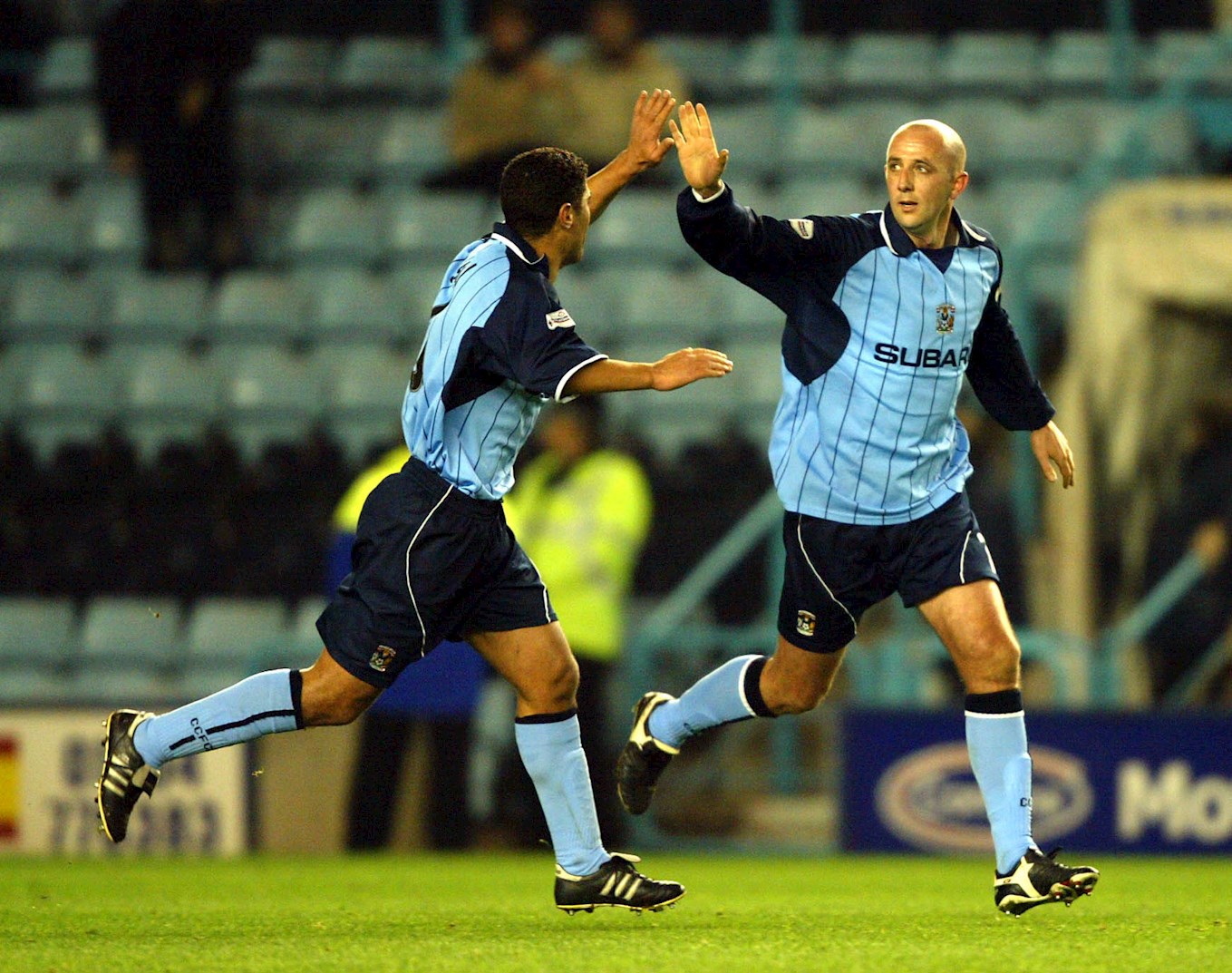 An average of 14,816 was an increase of three on the previous season, an amazingly consistent statistic. The final home game of the season brought the biggest attendance of 22,195 who saw in form Crystal Palace claim the final Play-off place despite City beating them. Palace’s south London neighbours Wimbledon drew Coventry’s smallest gate of the season, 10,872 being under half the size of the top attendance. 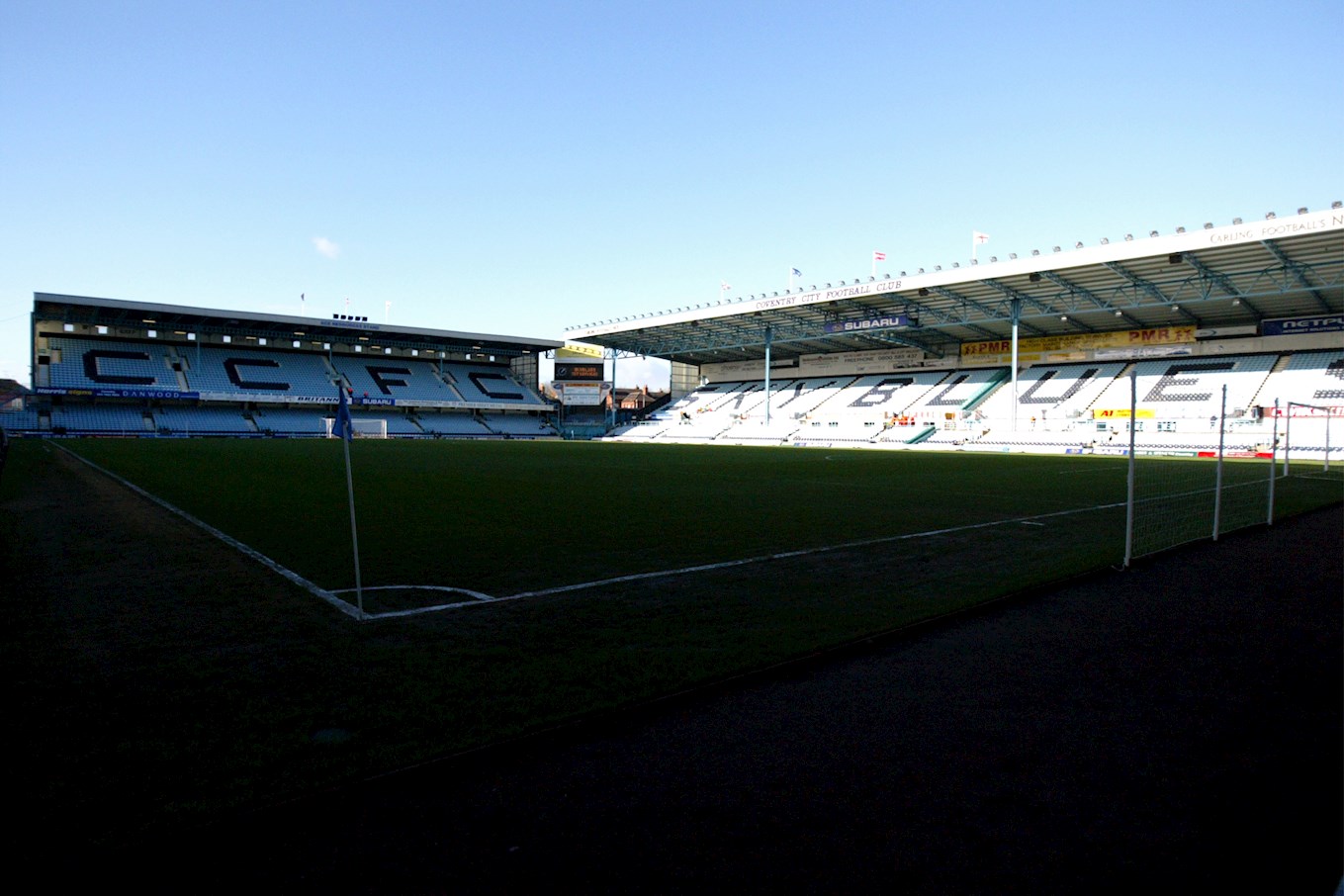 Peterborough were knocked out of both cups, only for the Sky Blues to be knocked out at the second hurdles they tried to jump.

Having gone three games without a goal City took just two minutes to score at Walsall through Andy Morrell. The Sky Blues went on to slaughter The Saddlers with Morrell and McSheffrey each bagging braces, though McSheffrey went home regretting not having the match ball under his arm after missing a penalty

Having scored only nine goals in their previous 13 games the Sky Blues went goal crazy at The Bescot Stadium. They had to wait until the second half for the goal-fest, Calum Davenport having been denied by the crossbar with a header mid-way through the opening half.

Paul Merson’s Walsall equalised on the stroke of half time through Darren Wrack, player/manager Merson providing the assist. That was especially disappointing for the visitors as by then the home side were down to ten men, Stefan Oakes having been sent off ten minutes before the break after a bad foul on Andrew Whing.

Eric Black’s men took full advantage after the break, scoring early as they had at the start of the game, this time McSheffrey restoring the lead. From then on it was one-way traffic with Julian Joachim getting in on the act by making the third for Morrell before getting on the score-sheet himself. An own goal by Ian Roper soon followed before McSheffrey made it six with eight minutes to go. There was still time for the same player to hit the woodwork with a spot kick. 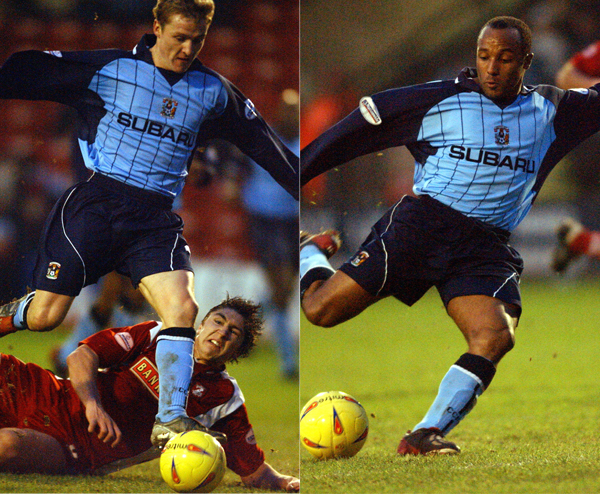