Ferguson started his playing career for Manchester United 1990. After spells with Wolves, Sparta Rotterdam and Wrexham, Ferguson moved into management in 2007 starting as a player manager at League Two Peterborough.

Ferguson never actually played a game for Peterborough, but in his first season managed the Posh to finish second in League and gain promotion to League One. He would finish his playing career at the end of the season and move into a just management role at the club for the 2008-09 season.

After two years away Ferguson would return to take charge of Peterborough for the second time when they were back in League One. After a slow first half of the season Ferguson would take charge in January with the Posh adrift of the play-offs, however a resurgence under Ferguson, brought Peterborough to fourth and would end up regaining their Championship status after beating Huddersfield in the play-off final.

The Posh’s current mascot is a rabbit under the name of Peter Burrow. A fan favourite at the ABAX Stadium, will always been seen at Peterborough home games, as well as community visits.

Looking to have been inspired by the Beatrix Potter Novel ‘The tale of Peter Rabbit’ confirmed in a 2005 interview of being Peter’s favourite author.

Darren Ferguson’s side currently sit just outside the play-offs in 7th two points above the Sky Blues. The Posh dropped out of the play off spots after two disappointing loses to Bradford and Wimbledon, which they will be looking to bounce back and replicate their last home result of a 4-2 win over Wycombe. 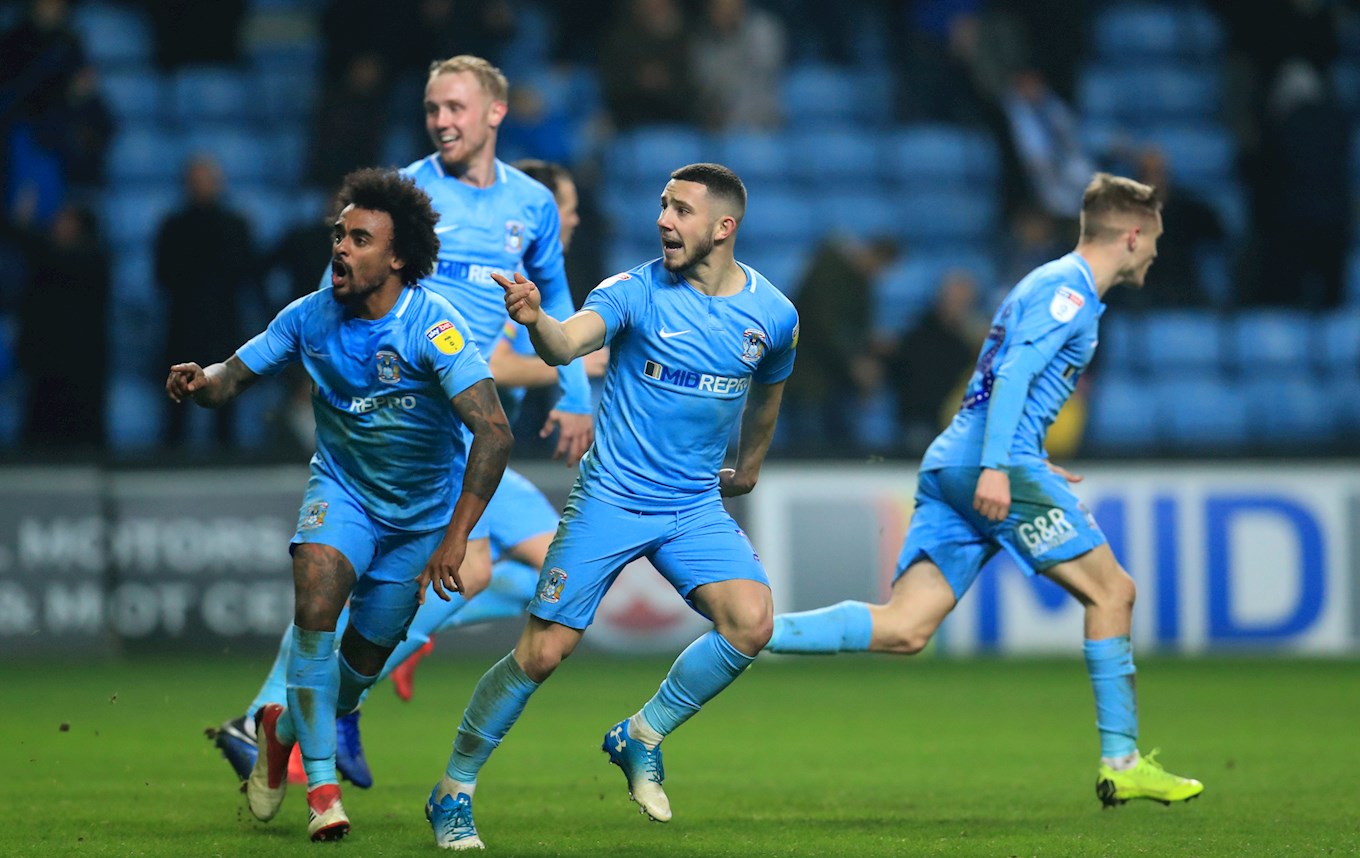 The last time the two clubs met was in November 2018 at the Ricoh Arena when the clubs first met in the 2018/19 League One fixture.

The two teams showed they were very balanced when the deadlock was not broken until right at the end. A game that looked to be set on a goalless draw sprung into life when in the 90th minute Peterborough’s Ivan Toney hooked the ball into the Sky Blues net and looked to give the Posh all three points.

However, Coventry went straight up the other end and a minute later the two teams were all level again, thanks to Conor Chaplin. A very subdued game gave a thrilling last couple of minutes which ended at one goal apiece.

The odds are very tight for this weekends fixture with Peterborough going in slight favourites at 7/5 with the Sky Blues at 7/4.

The boost for this weekend is Both teams to score and a Sky Blues win at 5/1. A repeat of the score line the last time the two met of a 1-1 draw is also at 5/1.

Tuesday night’s goal scorers Bakayoko and Hiwula are both at 11/5 to score anytime with also matching 11/2 to be first goal scorer.