Wesley will join Coventry City subject to international clearance and subject to the approval of the FA and the EFL.

Coventry City would like to thank Gazelec Football Club Ajaccio for their co-operation in agreeing the transfer of Wesley.

The 25-year-old has agreed a three-year contract with the Sky Blues, which will commence on 1st July 2019.

Starting his career in French Ligue 1 and the Europa League with Marseille, the winger represented France at Under 18 level but has since played internationally for Martinique.

Moving from Marseille in 2015, the pacy 6ft winger joined Clermont and would go on to make 59 appearances and score 7 goals for the French Ligue 2 club.

He stayed there for two seasons before making the transfer to fellow Ligue 2 side Gazelec Football Club Ajaccio, for who he would appear 63 times, scoring 5 goals in the process.

“Wesley is a very exciting attacking player, who has great footballing attributes and pedigree, as well as pace and strength.

“He is making the move from France to join us, and we are confident he will have a positive impact for us next season and add another aspect to our attacking play.” 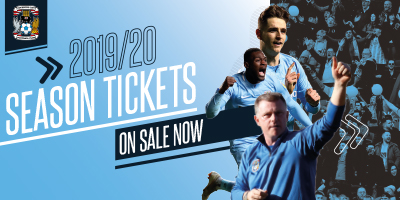