Charlie Elliott played for Coventry mainly before, but also after, World War Two. He subsequently spent five years as the club’s chief scout in the late forties and early fifties, going on to have a lengthy spell in the hot-seat in a caretaker role between October 1954 and April 1955.

A member of the Coventry Fire Brigade during World War Two, in 1940 he was on the roof of Coventry Cathedral trying to protect it during the blitz. In a colourful career he also played for Chesterfield and scored over 11,000 runs as an opening batsman for Derbyshire before serving as a Test Umpire.

Born in Bolsover on 24 April 1912, Charles Standish Elliott took over as City Supremo when Jack Fairbrother resigned following the sale of Eddie Brown who was cashed in on with a £10,000 sale to Birmingham, after he bagged nine goals in his first dozen games of the season. Those nine goals took Brown’s tally to 51 in 89 games for The Bantams since he had been picked up from Southampton during Charlie Elliott’s spell as chief scout. Despite having spotted the goal machine Elliott had to do without him as he sought to revive a season which had fallen away after a blistering start as Brown’s goals saw just one point dropped (just two for a win then) from the opening seven games.

Even allowing for the fact that early points were in the bag, Charlie Elliott did well to improve City’s position from the previous season by five places, an eventual ninth place in Division Three South being respectable albeit a million miles – well 23 points – behind Bristol City who were the only club in the division to go up. Goal-scorer Brown however did go up, his 17 goals in 32 games helping Birmingham win the old second division, a hat-trick in a 9-1 win over Liverpool being a highlight.

While Coventry missed Brown they did have their own highlights under Elliott who re-invested the money received for Brown in the purchase of winger Alan Moore from Nottingham Forest. Moore was a Festive gift, marking his Christmas Day debut with a goal in a home draw with Southampton. 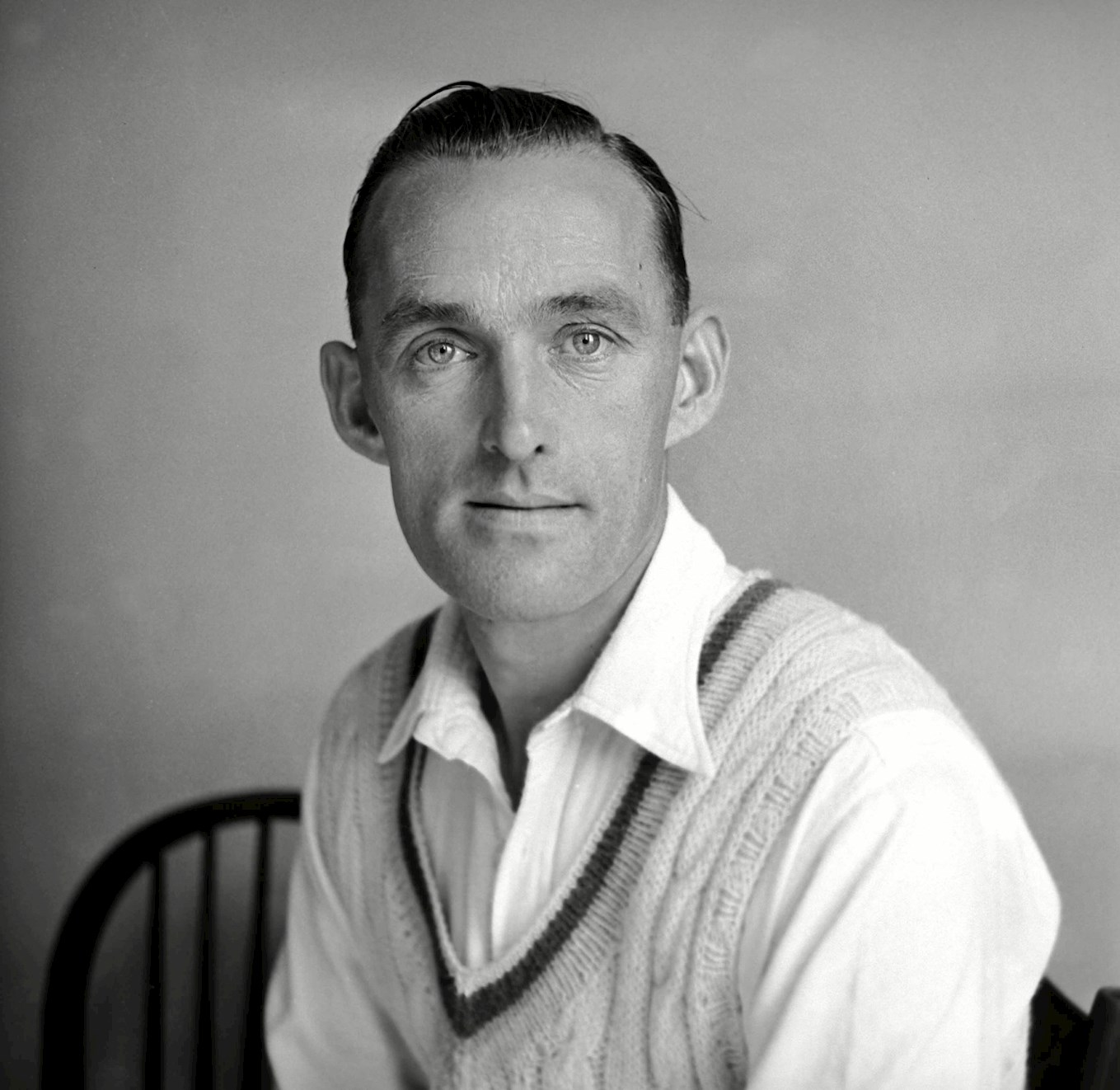 Back in 1954-55 Huddersfield were a leading side and one of the favourites for the FA Cup, so a home draw at Leeds Road against lowly Coventry looked like a gentle passage into the fourth round for The Terriers. That certainly seemed the case when they led 3-1 after an hour, having overcome City’s early goal scored by former Chesterfield man Tommy Capel who had assumed Brown’s mantle, top scoring with 22 goals that term. Showing determination and no little skill Elliott’s charges fought back on a heavy pitch to earn a replay, Capel levelling late on with a great goal after Jackie Lee had got City back in the game.

Veteran Lee was a former England international, who like his manager also had a double career as a cricketer, in his case with Leicestershire where although he only appeared in one first class game he did take a wicket with his very first ball. On the football pitch he had more success. Signed in November for half the price received for Brown, Lee brought experience and nous to Elliott’s squad, scoring 10 goals in 18 league and cup games before hanging up his boots at the end of the season.

Coventry had already knocked Northampton and Scunthorpe out of the cup so the 23,716 who turned up for the Thursday night replay were relishing an upset with the prize being a tie at Torquay where City had already won earlier in the season. It was the second time in three home games a crowd in excess of 23,000 had come to see City, the attendance slightly exceeding the Christmas Day turn-out. Only the visit of divisional champions Bristol City drew more.

The bumper gate would have been disappointed with the result but not the performance of Charlie’s charges who took Huddersfield to extra time, Moore scoring only for City to go down 2-1. Town’s goals came from Jim Glazzard and Jimmy Watson, the same players who had done the damage in the first meeting.  Under Andy Beattie who simultaneously managed Scotland in 1954, Huddersfield went on to reach the quarter-final, Glazzard scoring in every round. 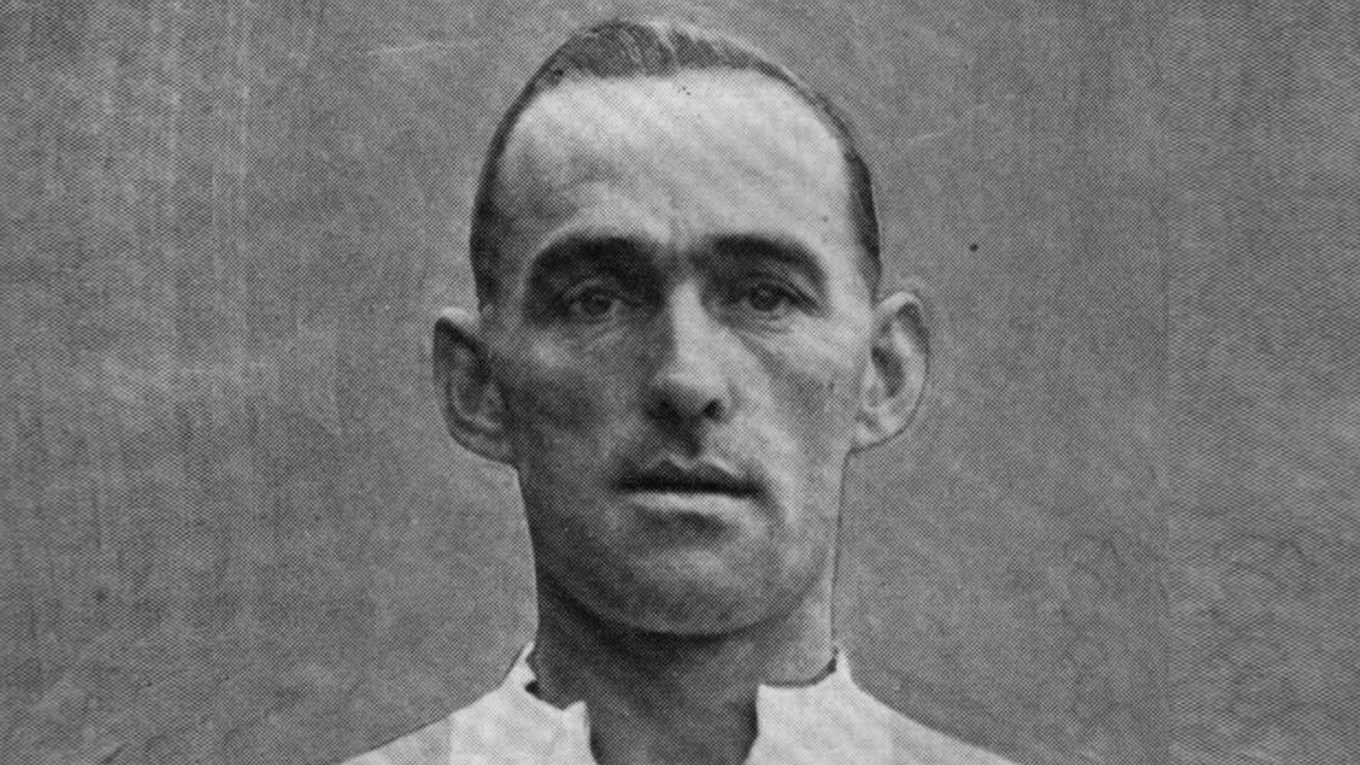 Coventry cup dreams over for another year, The Bantams succumbed to a dismal home defeat by the same Torquay team they could have been facing in the next round of the cup. It started a losing three game sequence that meant the start of the year was proving to be hard work. Thankfully a 5-3 home win over Walsall arrested the slide but that proved to be a flash in the pan as the back of the net was not found at all until five games later.

Indeed Charlie Elliott’s time in charge drifted to the sort of relatively meaningless end many a team experienced back in the era long before Play-offs. In the days of the regionalised Third Divisions only the top team in each section went up but even after re-organisation into divisions three and four it was easy for a team with no chance of finishing in a promotion place, and with no worries at the foot of the table, to just allow a season to drift. Such was the case for Coventry where the three victories in the last nine games all saw City smash four or five goals but only two goals and two points could be accrued from the other six fixtures. Sometimes the team clicked but more often they didn’t in a spell where there was little or nothing to play for.

Had Charlie Elliott been able to extract more from his side perhaps he might have found his acting manager status changed to being given complete control, if not at Highfield Road than perhaps elsewhere. Come the summer his time was up as the celebrated Jesse Carver arrived to take over a job he had agreed to the previous January, shortly after Elliott took over.

Charlie’s contribution to Coventry was far from limited to his six months as stand-in manager. His loyalty to the club was such that he spent virtually all of his football career with the club, amassing just over a century of appearances but only being anything remotely resembling a first choice in just one of his 11 peace-time seasons. 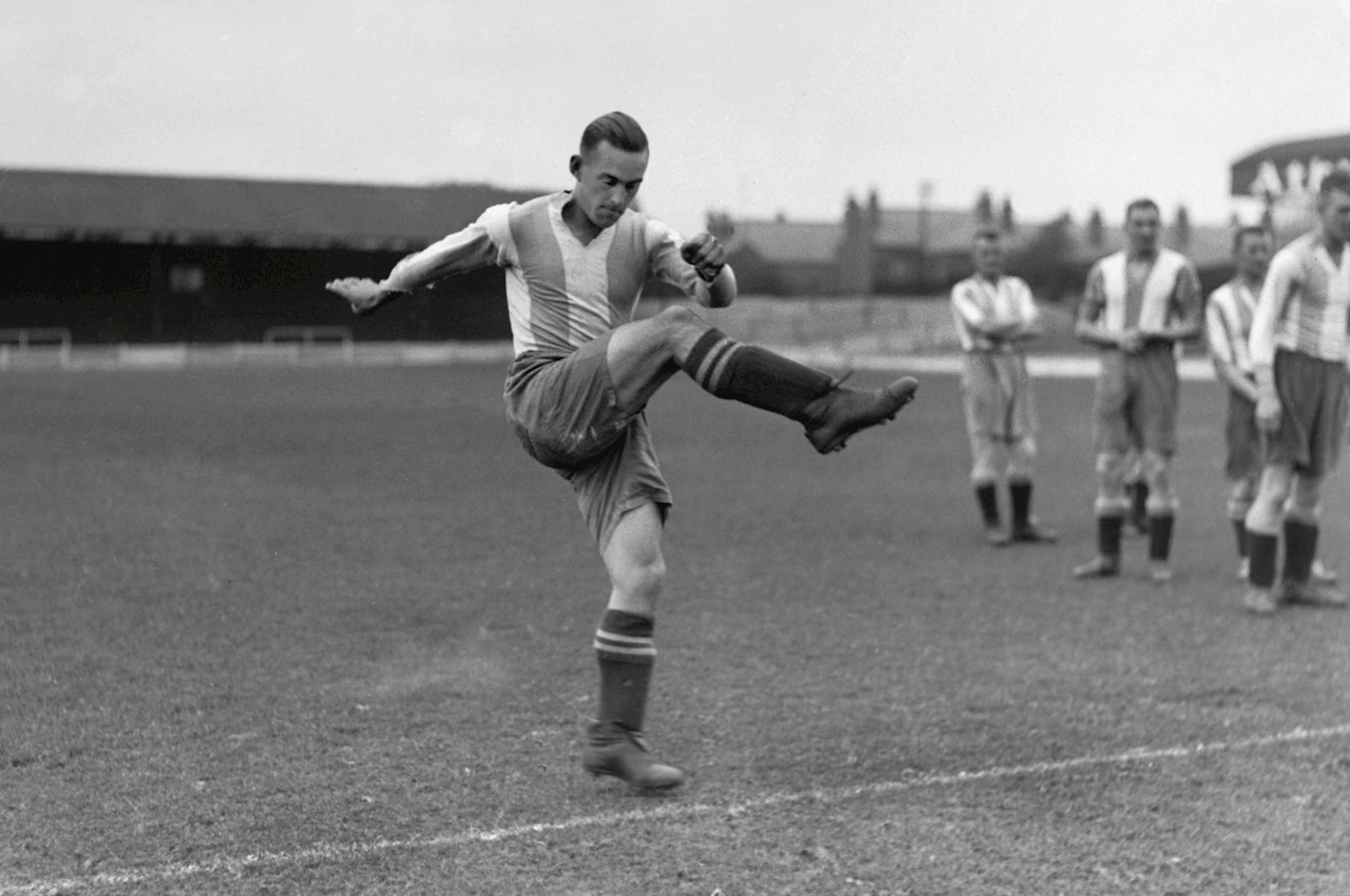 A youngster with Sheffield Wednesday he had failed to break into The Owls first team and spent a similar amount of time with Chesterfield. Moving to Saltergate in November 1930 he stayed with The Spireites until the end of the season before signing for Coventry in July of 1931.

Harry Storer gave left back Elliott his debut at Luton on 20 February 1932, shortly before he turned 20. Charlie missed just one game until the end of the season as the youngster was given experience as the Division Three South season sauntered to a mid-table end. Elliott at least could say he played alongside record scorer Clarrie Bourton although unfortunately despite City scoring for fun at one end, Elliott was part of a defence that let in even more. 33 were scored in Elliott’s 13 appearances but 36 were conceded!

Elliott’s second season was his best in terms of pre-war appearances. As Coventry finished sixth he played in 20 of the 42 league games plus three times in the FA Cup. He also netted the first of only two goals he ever scored, albeit in a defeat at Clapton Orient. The next five seasons brought fewer appearances than Charlie had managed in 1932-33 and he remained very much on the fringe as he mustered just half a dozen first team outings in the last year before the war.

Like so many players of his generation Elliott missed six years of his career to the war years but enjoyed the first post-war league campaign as he amassed a career high 28 league appearances – the only time he played in over half the games. Some record books state that during the war Charlie played as a ‘Guest’ for Birmingham City although The Blues ‘Complete Record’ makes no mention of him.

While he was a fringe footballer, Elliott was very much a first choice cricketer.  He won the County Championship in 1936, when astonishingly Derbyshire included two men who would manage Coventry, opening batsman Harry Storer being the other. 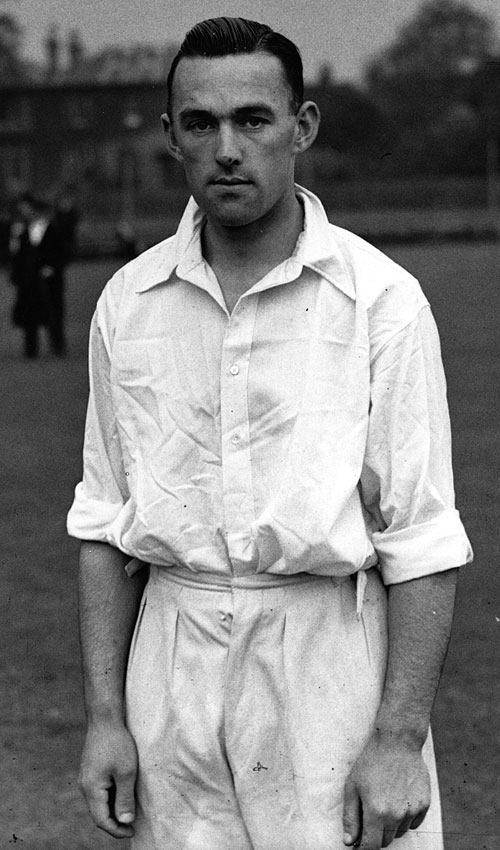 The nephew of Harry Elliott who had kept wicket for England, Charlie’s cricketing days had commenced with Derbyshire in 1932 and carried on until 1937. At that point financial considerations at the club saw him become the club pro at Stourbridge but he returned to the county game with Derbyshire after the war. Just as he hit his best footballing form with City he was on top of his summer game too as he topped 1,000 runs for six successive years from 1947.

A right handed opening batsman, in total Elliott appeared in 275 first class county matches scoring 11,965 runs at an average of 27.25, a tally that included nine centuries and a top score of a fabulous 215 against Notts in 1947. An occasional off-spinner, he took 11 wickets in his long career.

After leaving his position as Coventry City acting manager he focussed on his cricketing career. Having left Highfield Road in 1955, a year later he commenced the next stage of his sporting life as a first class umpire, something he was still doing as late as 1974, by then well into his fifth decade involved in top class sport. 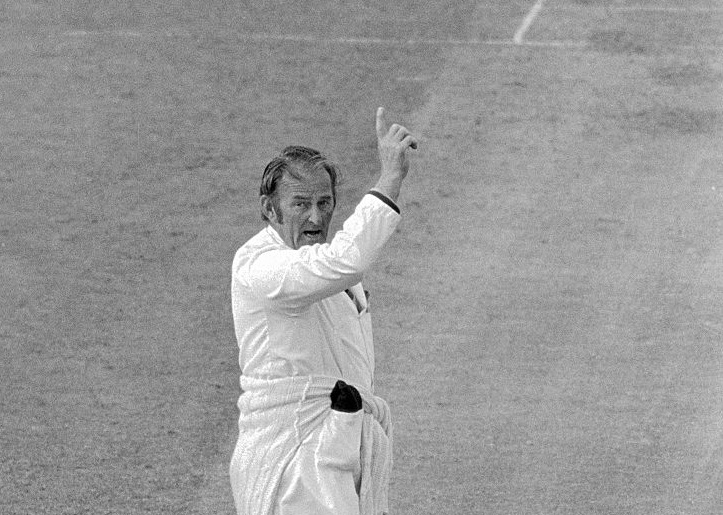 The former City Supremo umpired in 42 Test Matches starting with the West Indies at Edgbaston two years and three weeks after his last match in charge of City. Given The Ashes are taking place at the moment it’s worth noting that Elliott officiated in no fewer than 10 Ashes Tests. An England Test selector from 1975-81, he was awarded the MBE for services to cricket in 1983, later becoming President of Derbyshire in 1993-94. He passed away on 1st January 2004, at the age of 91.

While cricket was evidently his first love, Charlie Elliott’s long service to Coventry City as player, chief scout and acting manager – not to mention war-time fireman – means his role in Coventry’s history deserves to be remembered.