Very rarely does a manager take over when a team are doing well. Thus it was for Coventry as 1984 was about to turn into 1985. Away defeats either side of Christmas saw Bobby Gould dismissed on December 28th, the day before a home game with West Ham.

New boss Don Mackay was already in situ. He had been at the club since September as assistant manager. Until the moment it came to say bye-bye to Bobby, 44-year old Mackay had held quite a low profile.  As a player he had been a goalkeeper, starting with Forfar Athletic for whom he played over one hundred times. He then spent a decade with Dundee United prior to a belated move into English football with Southend United where he was signed by the league’s all-time top scorer, Arthur Rowley.

Don played 243 league games for Dundee United between 1962 and 1972, making his final appearance six days after his 32nd birthday. The last of his 53 clean sheets had come in his penultimate match against the team of his birthplace, Partick. 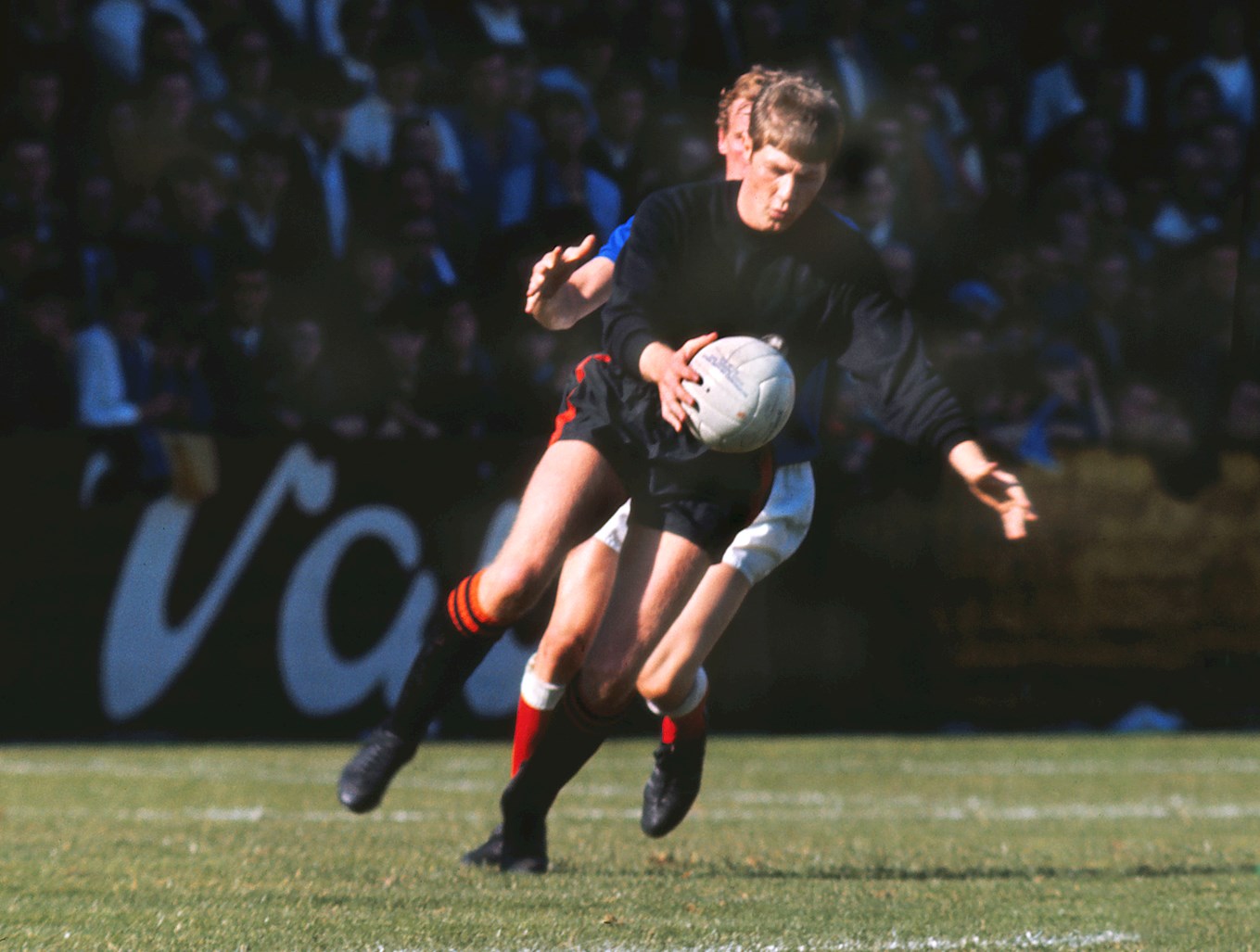 Half a century ago Dundee United moved lock, stock and (oil) barrel to Dallas where as a squad they represented Dallas, as Dallas Tornado, in an attempt to boost the North American Soccer League. Mackay played seven times in a competition that included Wolves, Stoke and Sunderland as well as clubs from Scotland, Ireland, Holland, Italy, Uruguay and Brazil, each masquerading as American or Canadian clubs, Stoke for instance playing as the Cleveland Stokers.

Renowned now for playing in tangerine, Dundee United actually played in black and white before their stint as Dallas Tornado where they first donned tangerine. The colour reportedly left such an impression on the wife of manager Jimmy Kerr that the directors were persuaded to change the colours as part of a new look for a club that were being transformed at the time in a similar manner to how Jimmy Hill modernised Coventry.

During his decade at Tannadice Don played European football against Newcastle United, Zurich Grasshoppers and Sparta Prague, but the game in Prague was an unhappy night as he had to be substituted and thereafter struggled to be first choice.

At Southend he waited until March 1973 for a league debut at Shrewsbury, keeping his place for eight matches, achieving clean sheets in half of them. Don started the first six league and cup games of the following campaign but was injured in the fifth of those and while he turned out in the next game – at home to Cambridge in September 1973 – it would be the last appearance he would make, 33 being young for a goalkeeper to hang up his gloves.

At Bristol City Alan Dicks was manager with John Sillett as coach but such is football’s merry-go-round that Sillett – having originally left Coventry during the Jimmy Hill era and then again under Bobby Gould when he was a coach – got the job as Hereford manager in the summer 1974. At that point Mackay was moving into Ashton Gate as coach, but Sillett would return to Highfield Road as coach to Mackay 11 years later, a move that led to City and Sillett’s greatest day.

For Mackay there would be four years at Bristol City, a spell that included the last night of the season at Highfield Road in 1977, where a memorable draw protected the top-flight status of both clubs. While in time Don would step into Bobby Gould’s shoes at Coventry, Dicks was mid-way through what would be an 11-year spell at Bristol City, leaving the ambitious Mackay to venture into lower league football in Norway to take on his first job as manager with a club called Norresundby.

After a two-year apprenticeship in Scandinavia Don secured his first big break in management back in Dundee, but with his former club United’s rivals Dundee FC where he succeeded Celtic’s 1967 European Cup final goal-scorer Tommy Gemmell. As a former Dundee United player Mackay was never going to have much of a honeymoon period if things didn’t go well for him at Dens Park.

To start with they didn’t.  Dundee failed to score in Don’s first four games. They lost the fifth too but at least scored, with the first goal being scored by Brian Scrimgeour – a player whose surname, oddly, was Mackay’s middle name. Once Mackay got Dundee into gear they soared.  He tucked into his Christmas dinner on the back of ten successive wins with the season ending not just with promotion but a League Cup final against his old club Dundee United,who won the derby final 3-0.  The quarter-final had seen Don’s team knock out an Aberdeen side including former Dundee player and future Coventry manager Gordon Strachan. Mackay maintained his manager’s position at Dens Park until resigning in December 1983.

Up to that point Mackay’s had been a long and at times successful career but it wasn’t he kind to have imprinted itself on the minds of even the more knowledgeable Coventry supporters, so Don was something of a relatively unknown quantity when he succeeded Gould at Christmas 1984.

While his first game was lost on his second day in charge, three days later a brace from Terry Gibson helped inspire a 4-0 win over Stoke. The new manager ‘bounce’ every board of directors hope for when they make a new appointment saw an FA Cup win over Manchester City the following weekend thanks to another Gibbo brace. Gibson only scored one in the next game – but it was sufficient to secure a sensational victory at Old Trafford!

Although Don brought in his former Dundee assistant Frank Upton as his number two that form couldn’t be maintained, but there were to be eight more wins. Three in a row finished the season as City escaped the drop, finishing a point clear of the relegation zone after a fabulous final day win over Everton.

Had he been able to spend significantly Mackay may well have surprised people with his acquisitions. He certainly succeeded in bringing in big-names in his next job at Blackburn but as he started his first new season in charge he essentially had to make do and mend. 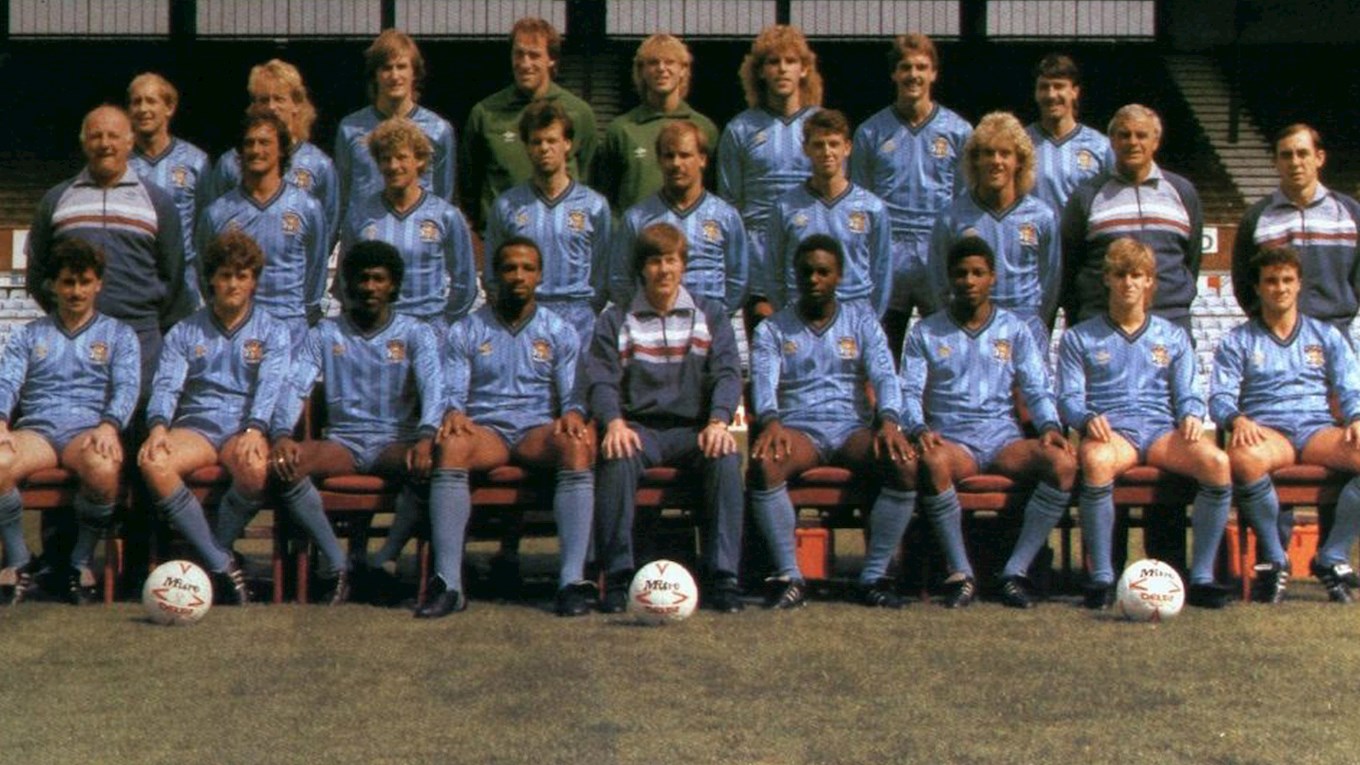 A welcome 5-2 win over Oxford was the solitary victory in the first nine games before three wins in a row, culminating in Cyrille Regis scoring five in a big League cup win over Chester. Big Cyrille though would take the whole season to score as many in the league where wins were too few and far between. Terry Gibson was the shining light with 11 league strikes before Christmas but his sale in January left a hole that couldn’t be filled by the players brought in. Alan Brazil was meant to get the goals but rarely found the back of the net while Jim McInally who Mackay had had at Dundee failed to score. Thankfully Nick Pickering chipped in with four from a wide position.

Don wasn’t around to see the last of those though, being dismissed after a 5-0 thrashing at Anfield in April. Two wins from the last three games under George Curtis meant another narrow escape, but the Mackay era was over with Don having lost half of his 60 games.

Following his dismissal at City, Mackay returned to Scotland, this time with Rangers where he worked as coach, reserve team manager and caretaker manager during the Graeme Souness era before taking over at a club Souness would manage later in his career: Blackburn Rovers. Mackay had made one of his 13 Southend appearances at Ewood Park on the opening day of the 1973-74 season but Rovers were to become a very different beast to the one which had welcomed Southend United. 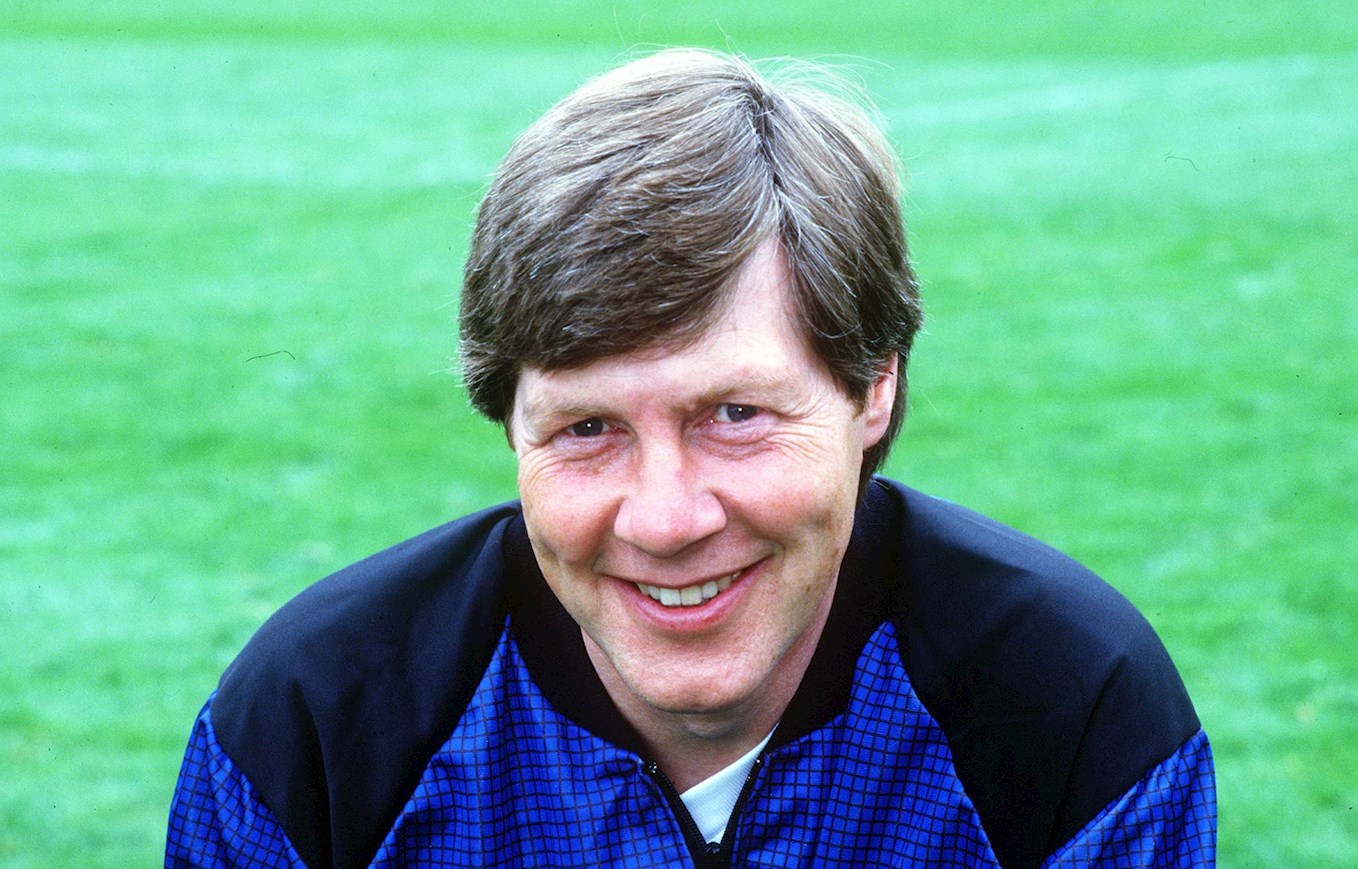 Mackay brought Colin Hendry from Dundee and within a month of Don’s appointment Hendry had scored a Wembley winner against Charlton in the Full Members’ Cup final.

Fifth in his first full season, Rovers lost out to Chelsea in the Play-offs but Mackay’s ability to attract quality was seen when he persuaded Steve Archibald to swap Barcelona for a six-month loan spell at second division Blackburn. That might have been viewed as a Scottish connection but he then managed to get Ossie Ardiles on loan from Spurs!

While he had led Rovers to cup silverware the Play-offs kept puncturing the club’s promotion ambitions as they lost to Crystal Palace in the 1989 final and Swindon in the semi-finals of the following year. Swindon were managed by Mackay’s former player Ardiles and by now he had sold Hendry but had kept the big names coming with Frank Stapleton and Kevin Moran now strutting their stuff for Rovers. However it would be Coventry City who received Rovers’ record fee of £450,000 for Steve Livingstone in January 1991 with Tony Dobson also being signed from the Sky Blues.

The money for those purchases came from Jack Walker who had just taken over the club. Such investment brought new pressures and with Rovers finishing a disappointing 19th, Don was dismissed after taking just one point from the first three games.  His final goal as Blackburn boss came from one of his new recruits…David Speedie.

Four months later Mackay was appointed by Jimmy Hill as Fulham’s new manager, finally getting the chance to succeed Alan Dicks who he had assisted all those years ago at Bristol City. Things didn’t go at all well for Don in London. Fulham stayed stuck in mid-table of the third tier until slipping towards the drop zone which they fell though shortly after he left.

Subsequently Mackay coached at Middlesbrough and Leicester as well as having a brief spell in charge of Airdrieonians in 2001. He was inducted into the Dundee United Hall of Fame in 2013. 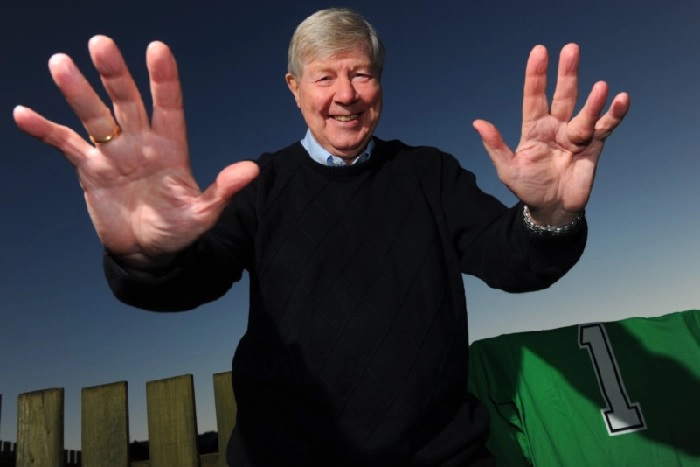