Coventry finished in 18th place, fifth from the bottom, the middle of three teams on 50 points. A 42 game season came down to the last three matches. Only 12 of the first 39 fixtures had been won but a 100% finish was needed as the campaign drew to a close. Coventry being Coventry they didn’t want to do this the easy way. The first of this tantalising trio was against a Stoke side having a shocking season.  Long since doomed, The Potters had lost their nine games, conceding five in three of them, including two of their last three, and had failed to score in two thirds of those.  With nerves jangling, Coventry led through a Stuart Pearce penalty but conceded a spot kick with six minutes to go. An equaliser would have seen Stoke take Coventry down with them but Ian Painter hit the bar and with goal-line technology decades away Stoke’s claims it crossed the line Geoff Hurst style went unheeded as Oggy clung on.

City continued to cling on themselves. The next match again saw the 84th minute be pivotal as Brian Kilcline clinched the only goal of the game after former Sky Blues ‘keeper Les Sealey threatened to derail the City escape act before Killer struck to leave everything to play for in the match of the season described elsewhere... 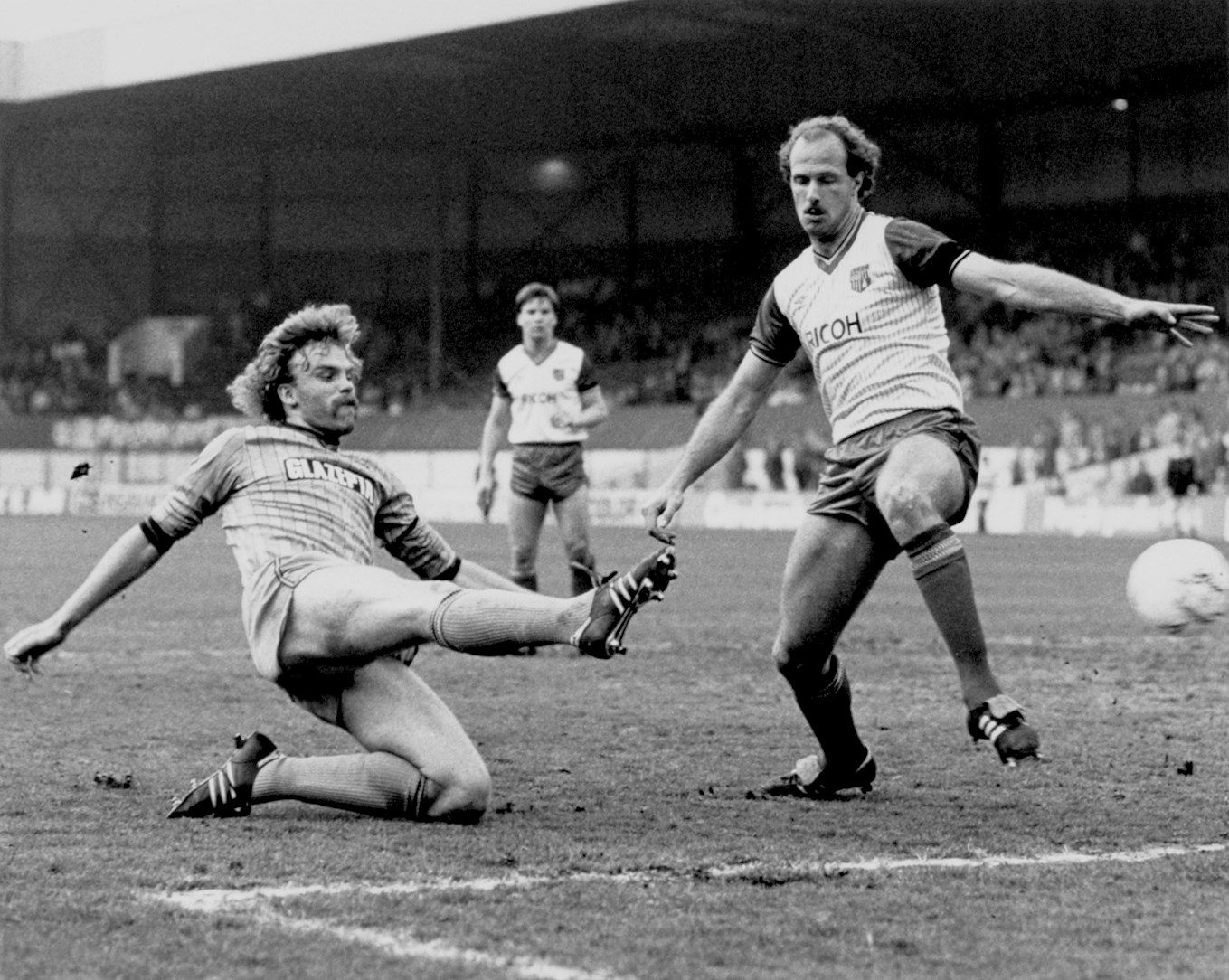 Driven on by future City boss Peter Reid, Everton won the league and the European Cup Winners’ Cup as well as reaching the FA Cup final, but lost 4-1 at Highfield Road on the last day of the season. 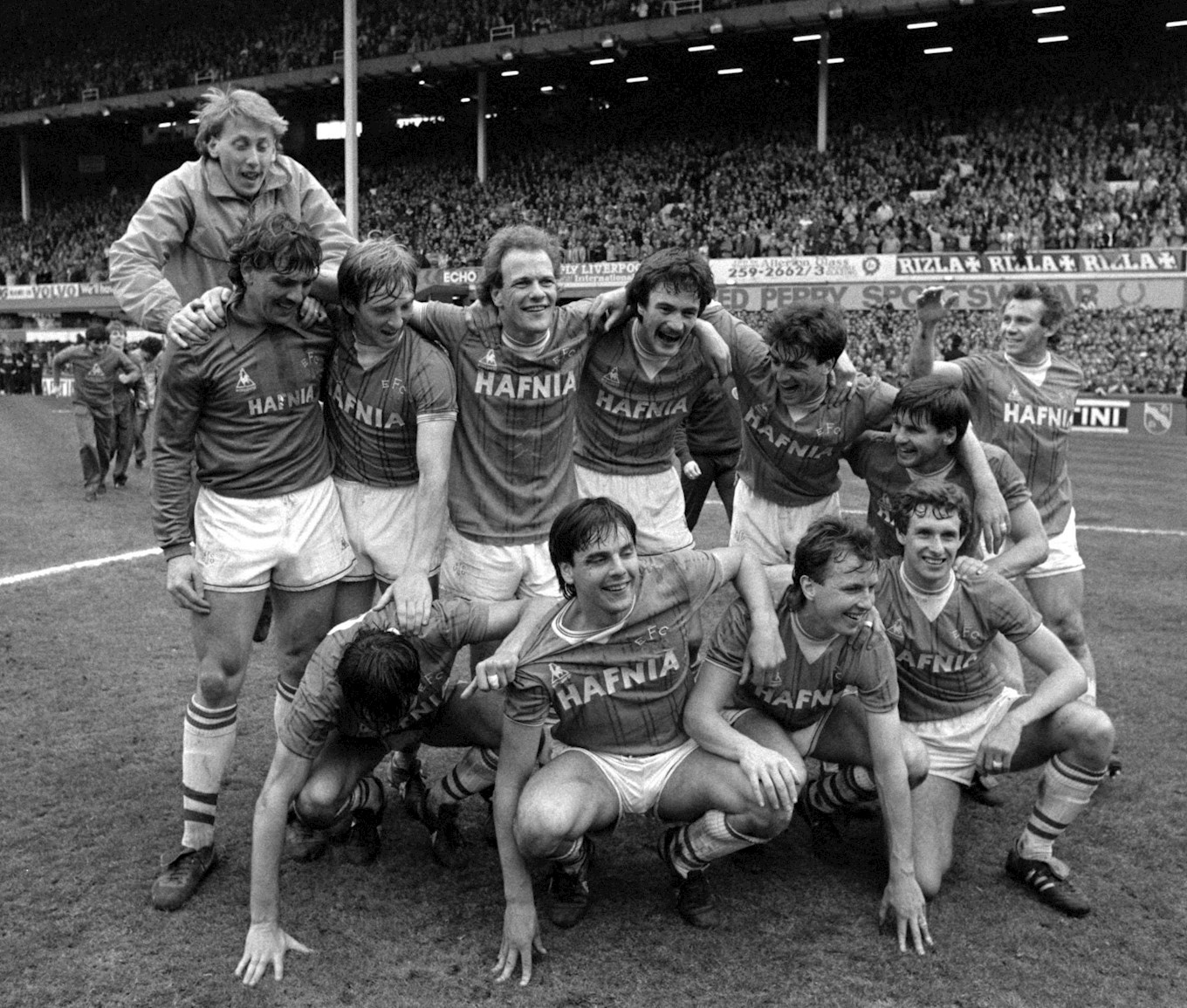 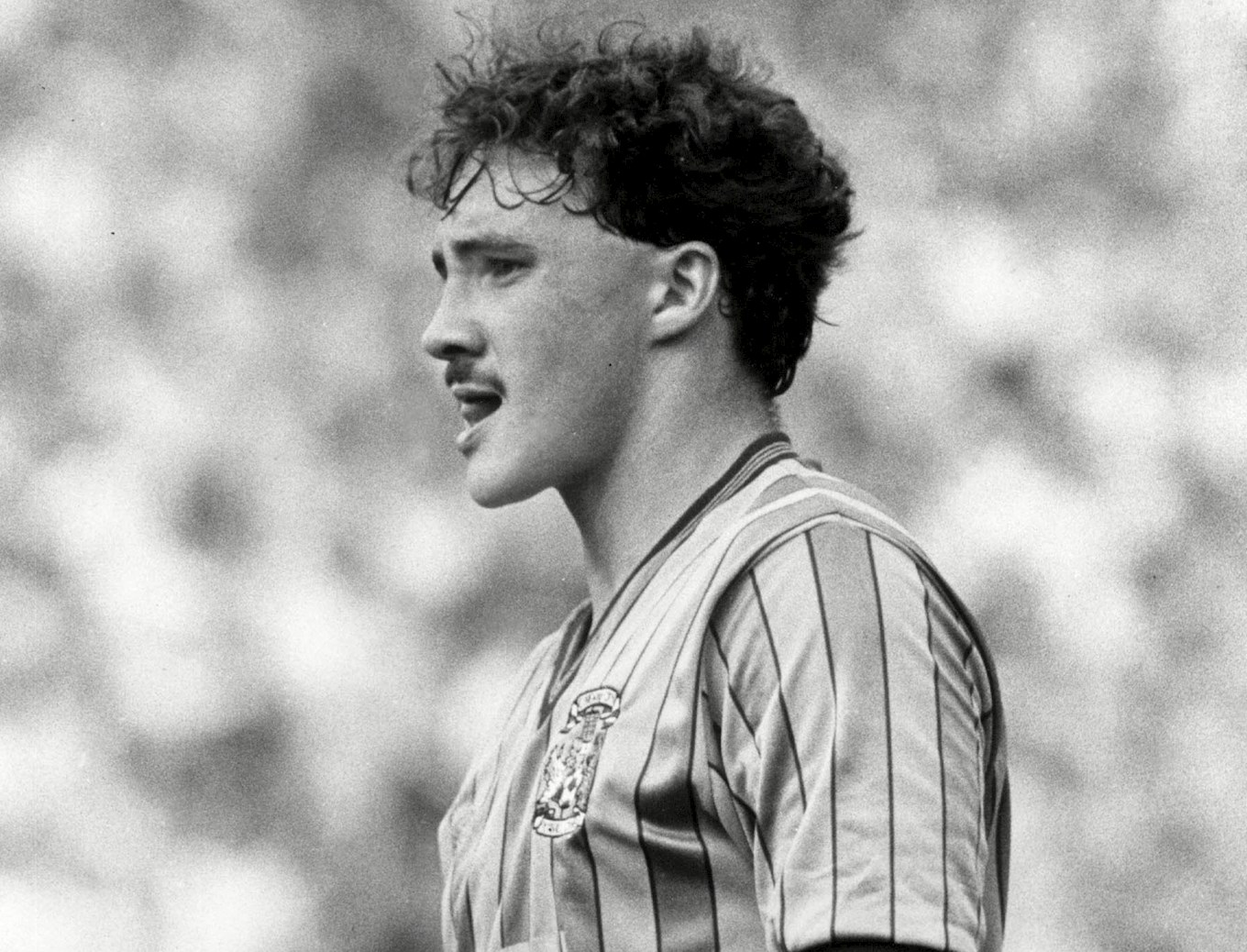 Without Terry Gibson’s goals City would have gone down with several games to go, so Gibbo was an obvious choice as Player of the Year - although as always Oggy and Peake had major parts to play as well.

Jol only stayed five months, going to ADO Den Haag in December. Others amongst the eleven to leave included Sam Allardyce and Nicky Platnauer. 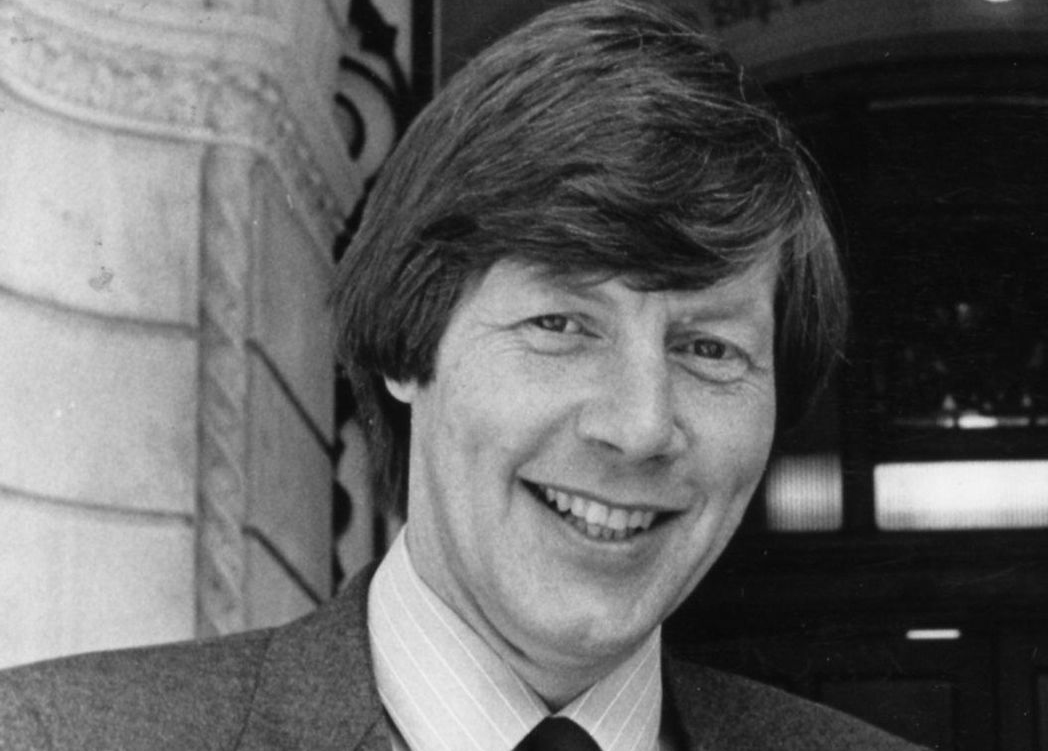 The FA Cup brought a Manchester double. Two Terry Gibson goals in the space of three minutes disposed of Manchester City in the third round but despite another Gibbo goal United came out on top 2-1 at Old Trafford in round four. Gibson had got the winner in the League Cup second round first leg against Walsall but 2-1 wasn’t enough as The Saddlers won the second leg at Highfield Road 3-0.

Everton’s crammed fixture list came to a close as they played their 63rd match of the season in a game that to Coventry was as important as any of those The Toffees had faced in winning the league, a European trophy and contesting the FA Cup final.

With the championship trophy already jostling for space in the Goodison Park trophy cabinet, the Toffees give four players their only league game of the season and fielded another three who between them had played just five league games.  Cyrille Regis had only scored three times in 30 games but netted twice and set one up for Micky Adams, Gibbo putting the icing on the cake with a late goal in a crucial win that saw League Cup winners Norwich go down. 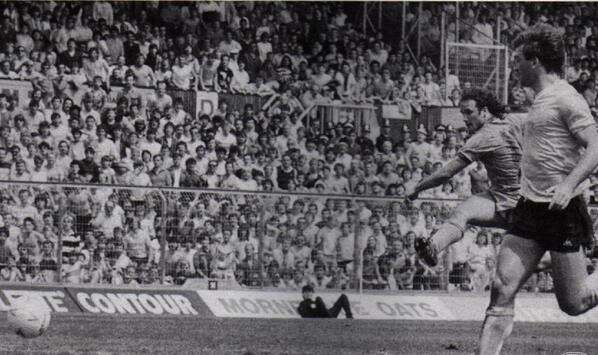