A point a game meant 38 points and 16th place in the FA Carling Premiership. Relegated Manchester City went down with the same number of points. In between this tale of the two cities were the Saints, Southampton also being on 38 points. Coventry had beaten Manchester City in the opening home game and drawn with them away which was just as well. Coventry won the joint fewest games in the division along with bottom of the table Bolton but fortunately eked out sufficient draws to survive, including one at home to Leeds on the last day. On the same day, after back to back wins Man City were held at home by Liverpool as The Saints also drew at home to Wimbledon. 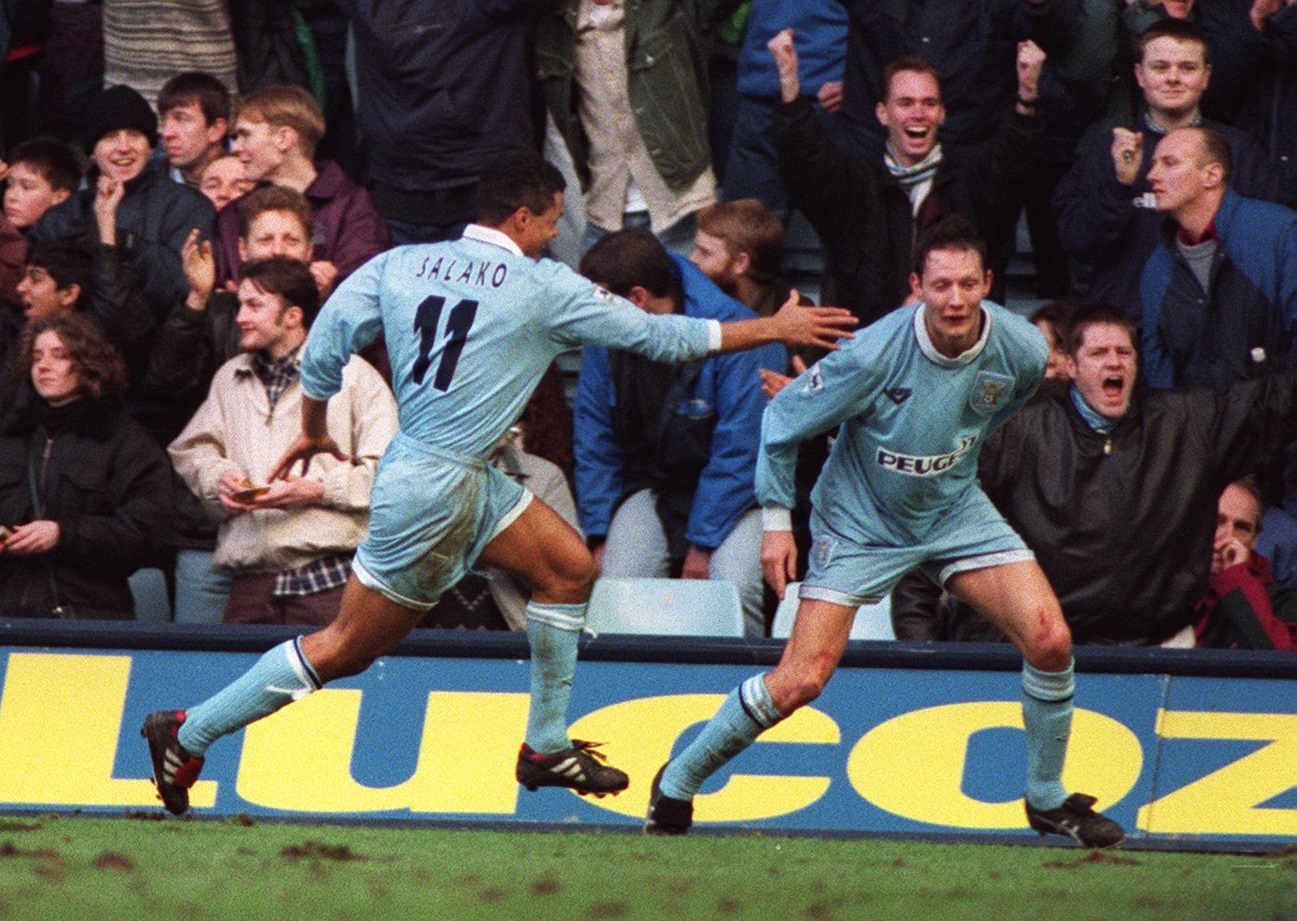 As Manchester City went down, their neighbours United won the league. Unbeaten at home, United won ten times on the road including a 4-0 win at Coventry, although the Sky Blues kept the score down to 1-0 in the return at Old Trafford. 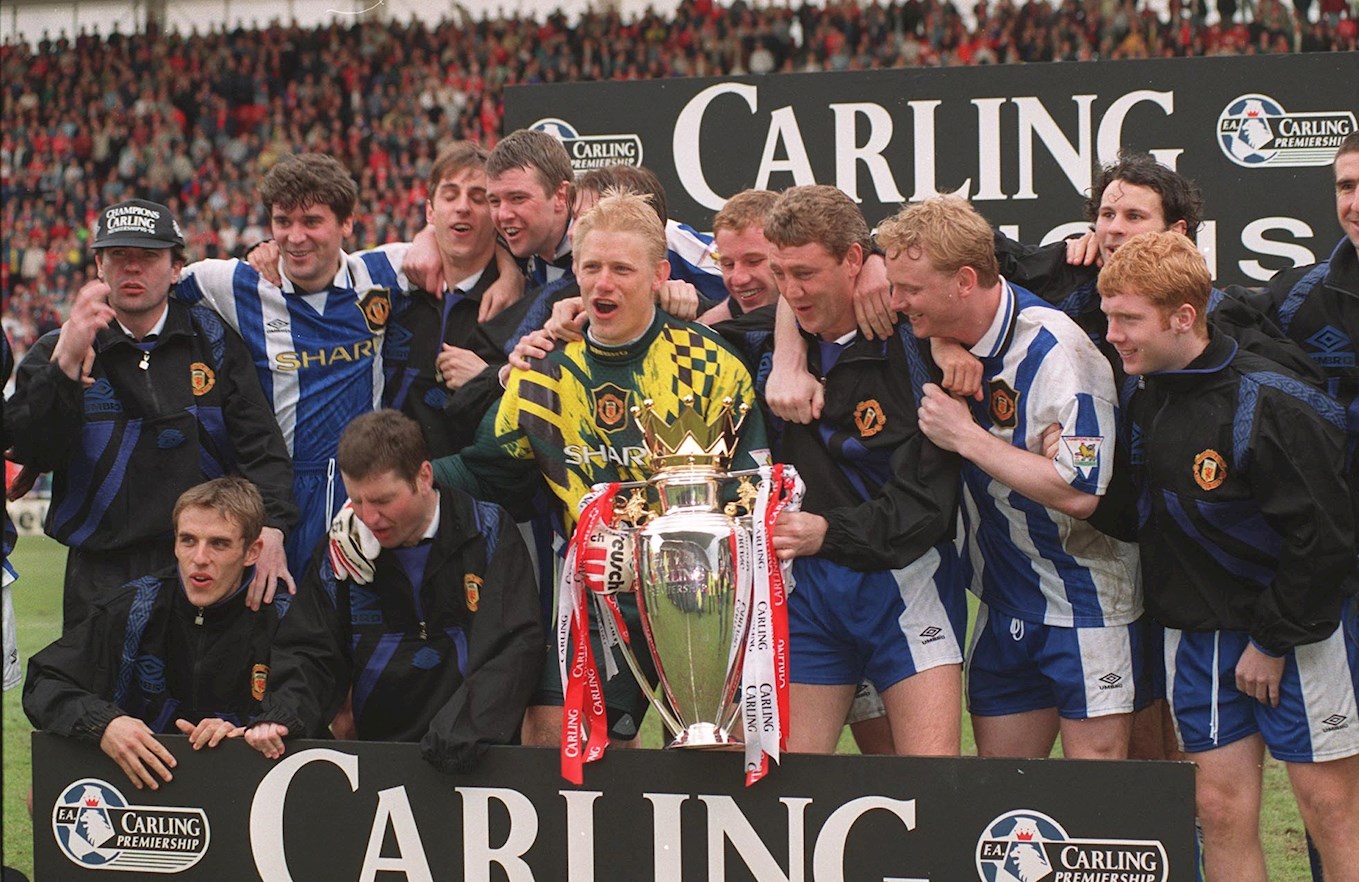 John Salako played in every league game but one, starting 34 times and coming off the bench three times. 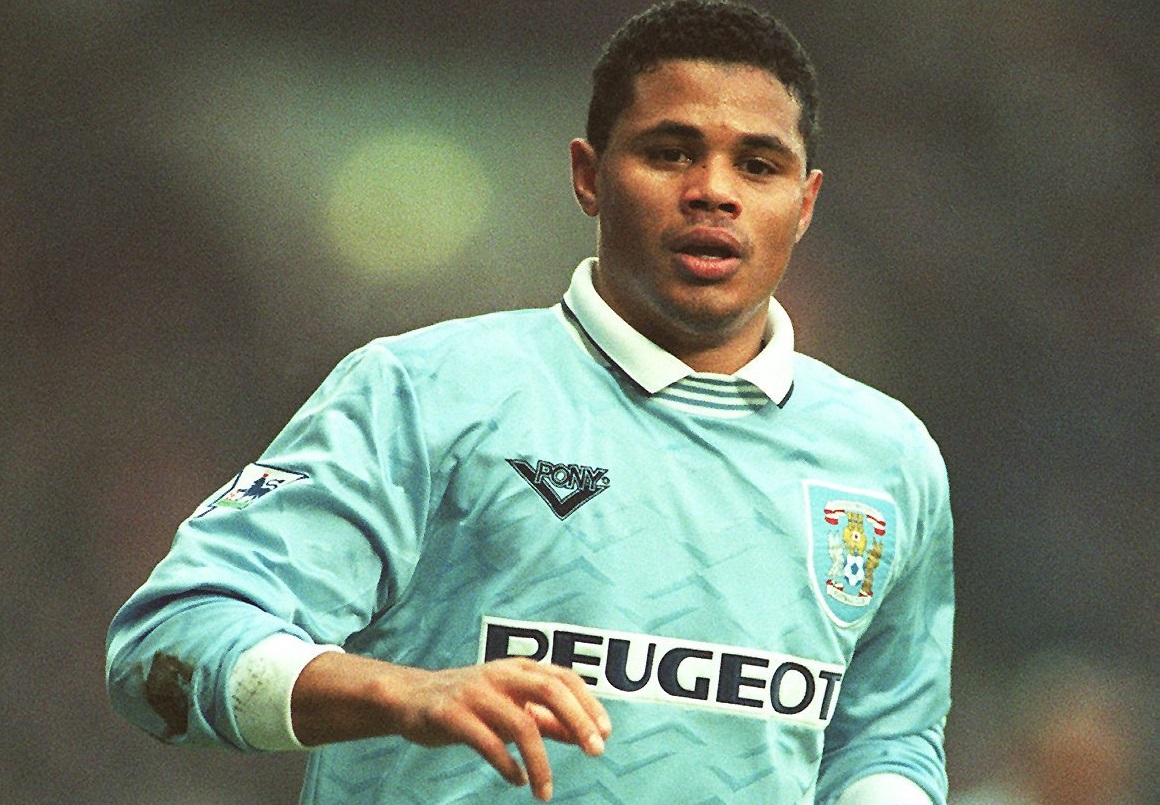 Dion Dublin was way out in front with twice as many goals as second top scorer Noel Whelan. Dion bagged 14 in the league and a couple in the cup. His hat-trick at Sheffield Wednesday should have been a highlight but came in a 4-3 defeat. 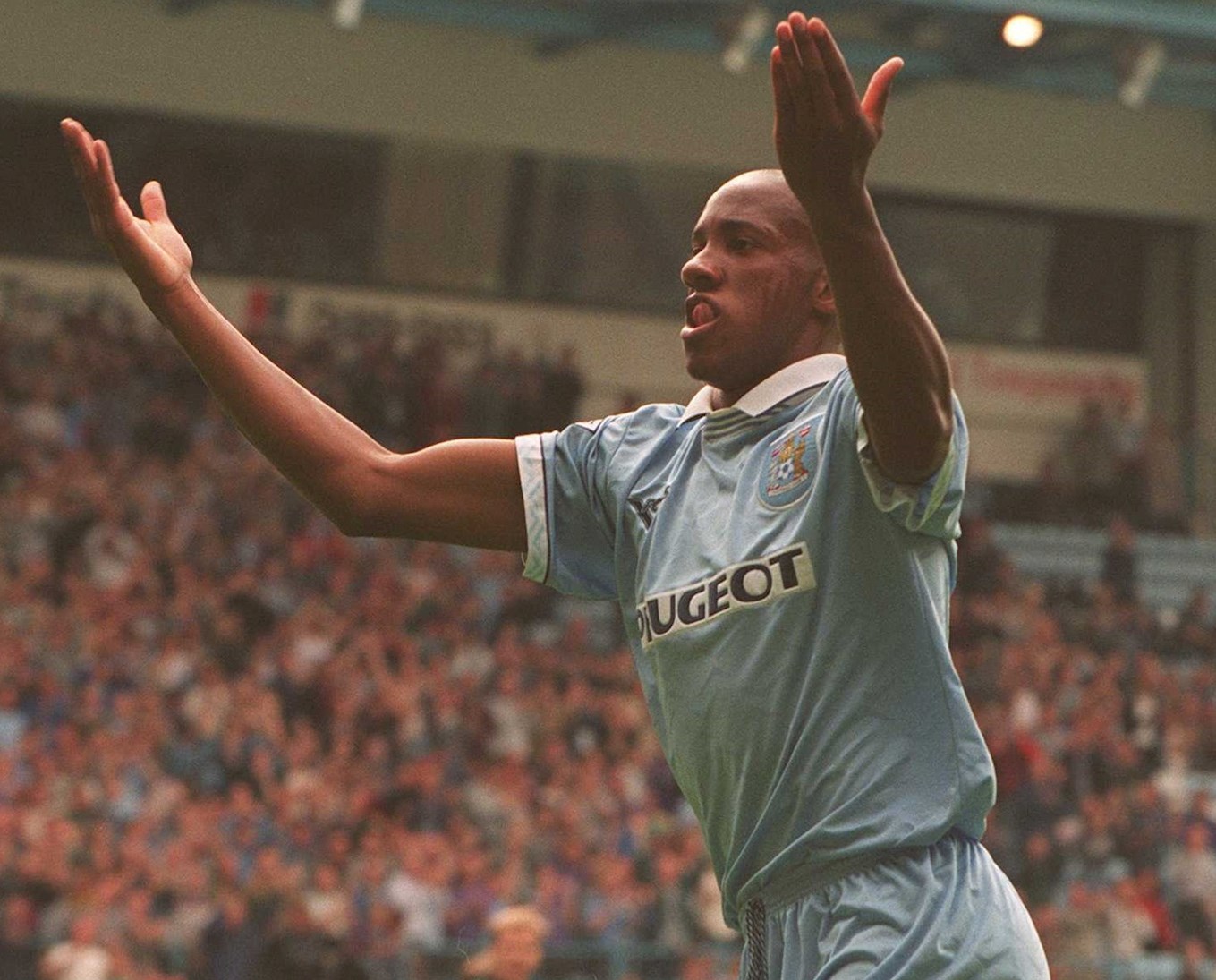 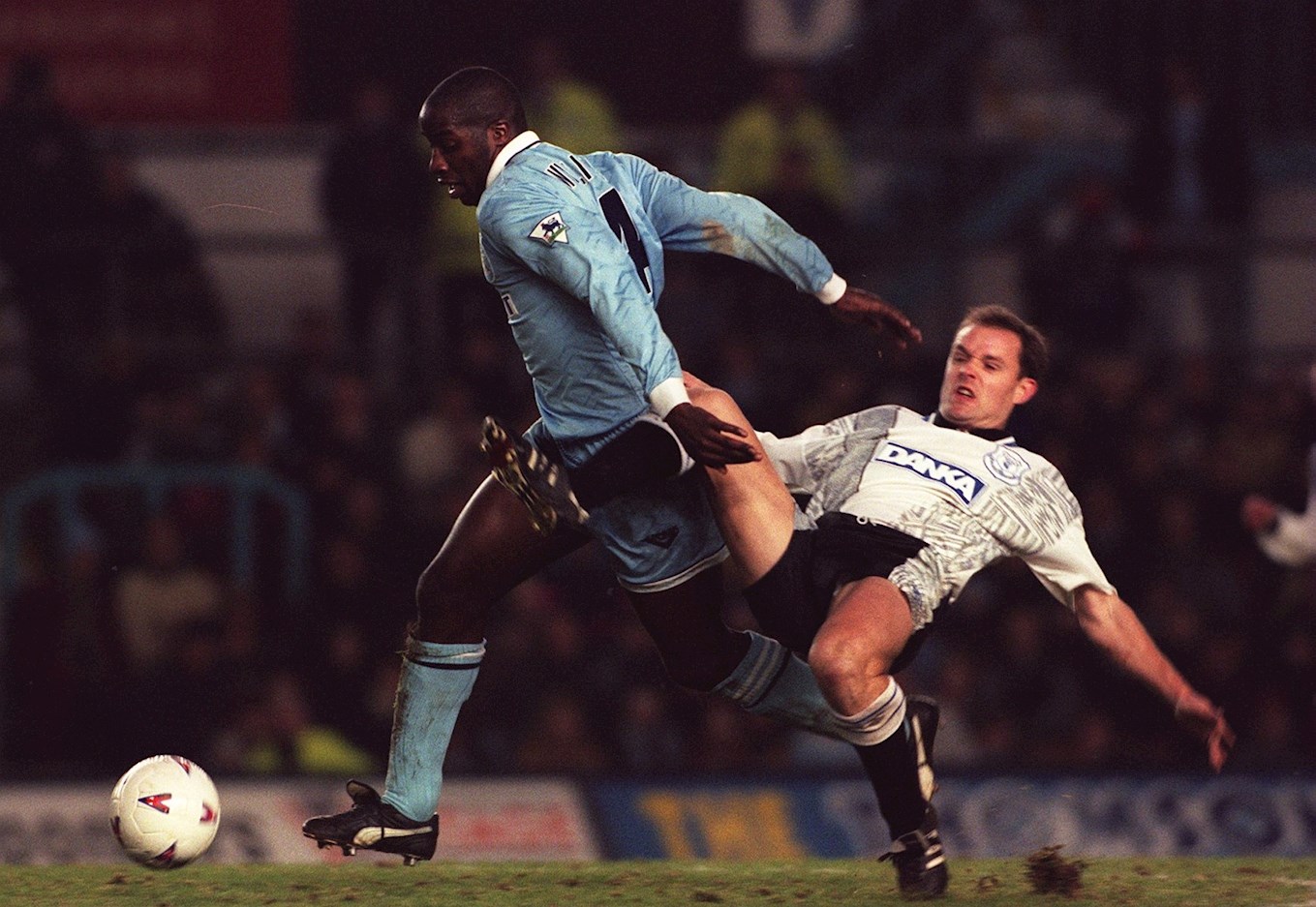 Big Ron Atkinson was in charge with Gordon Strachan as his assistant. 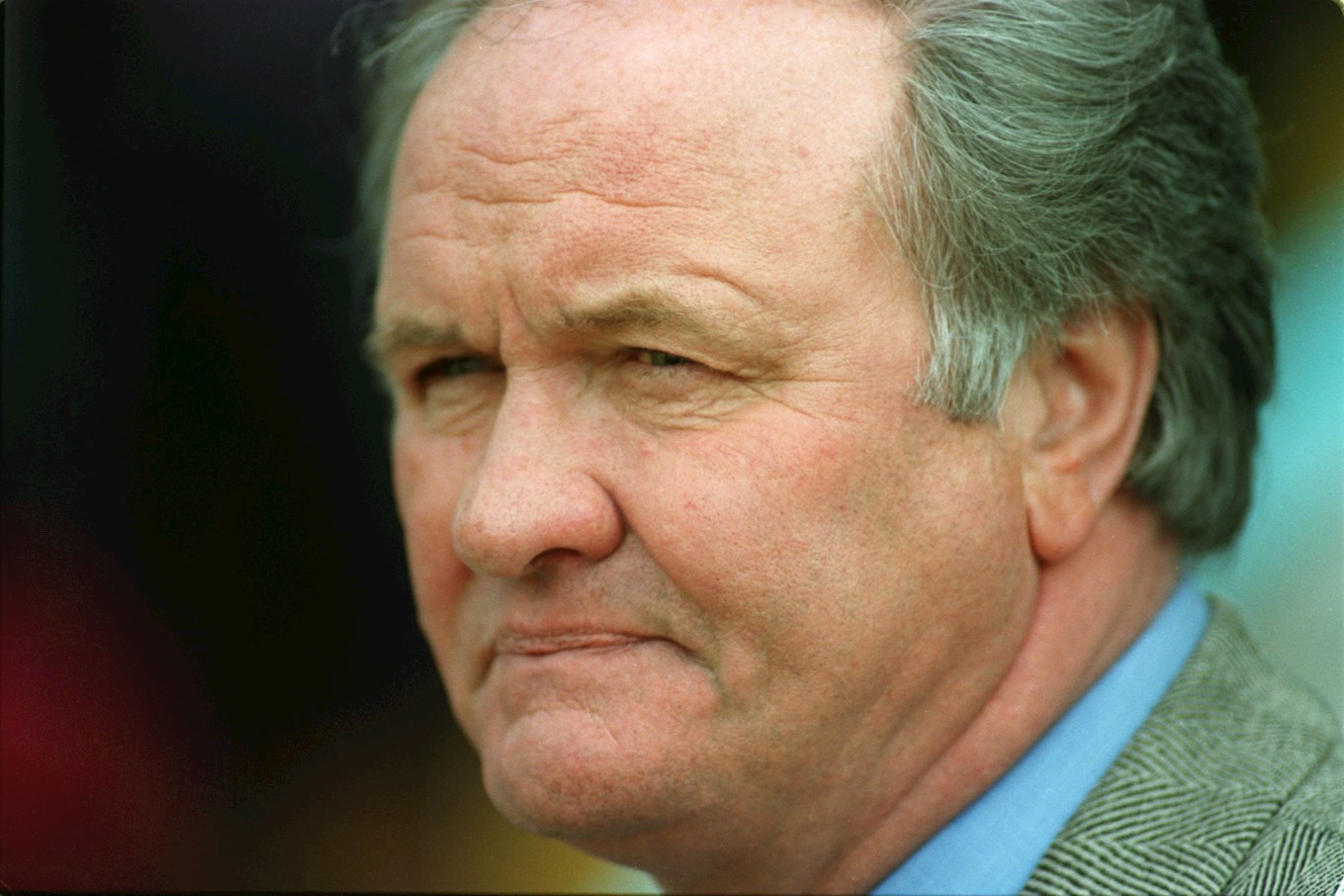 City averaged 18,507, an increase of over 15% on the previous season. Manchester United pulled in the highest gate of 23,344 with Wimbledon attracting the lowest of 12,496 just three days later. 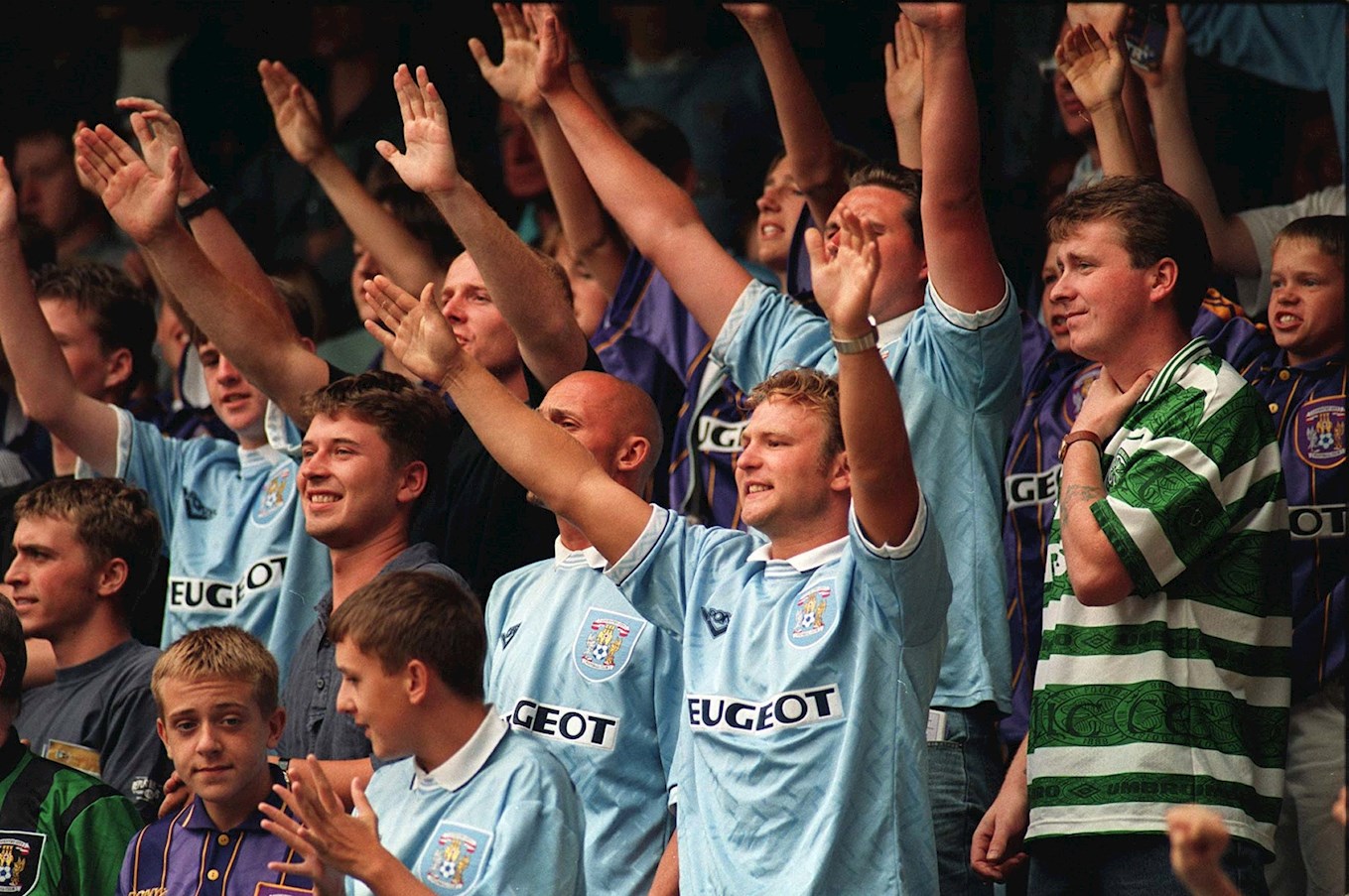 Relegation rivals Manchester City knocked Coventry out of the FA Cup in a fourth round replay after The Sky Blues had won at Plymouth.  The League Cup came to an end against Wolves at Molineux after Hull and Spurs had been knocked out, the latter in a 3-2 score-line that always has a nice ring about it. 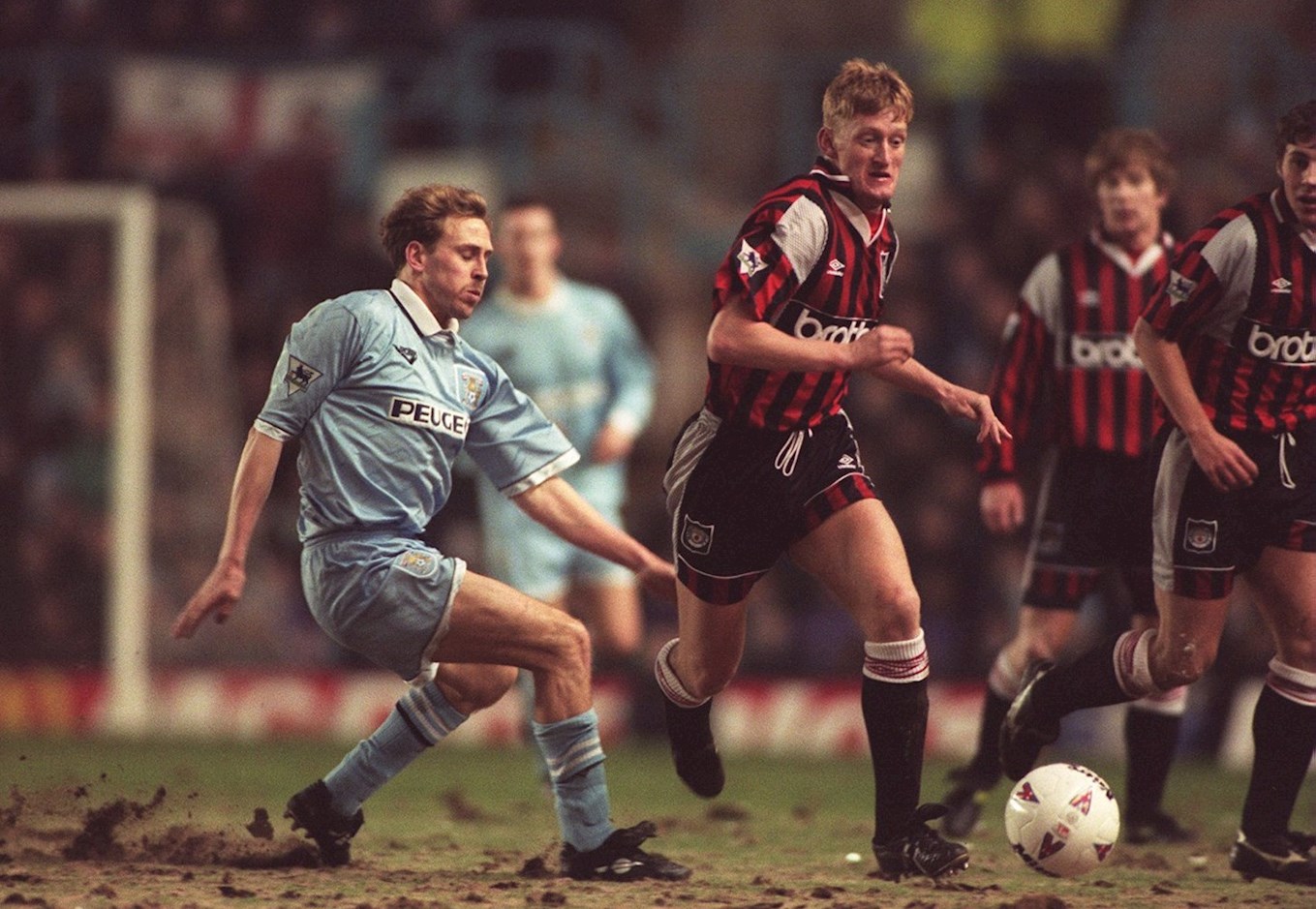 It may well have been a season of struggle but that didn’t mean the Sky Blues didn’t have a surprise in them - they often do. Blackburn Rovers were the defending champions but were sent packing as struggling City tore them to shreds with five different scorers: David Busst, Dion Dublin, David Rennie Peter Ndlovu and John Salako. 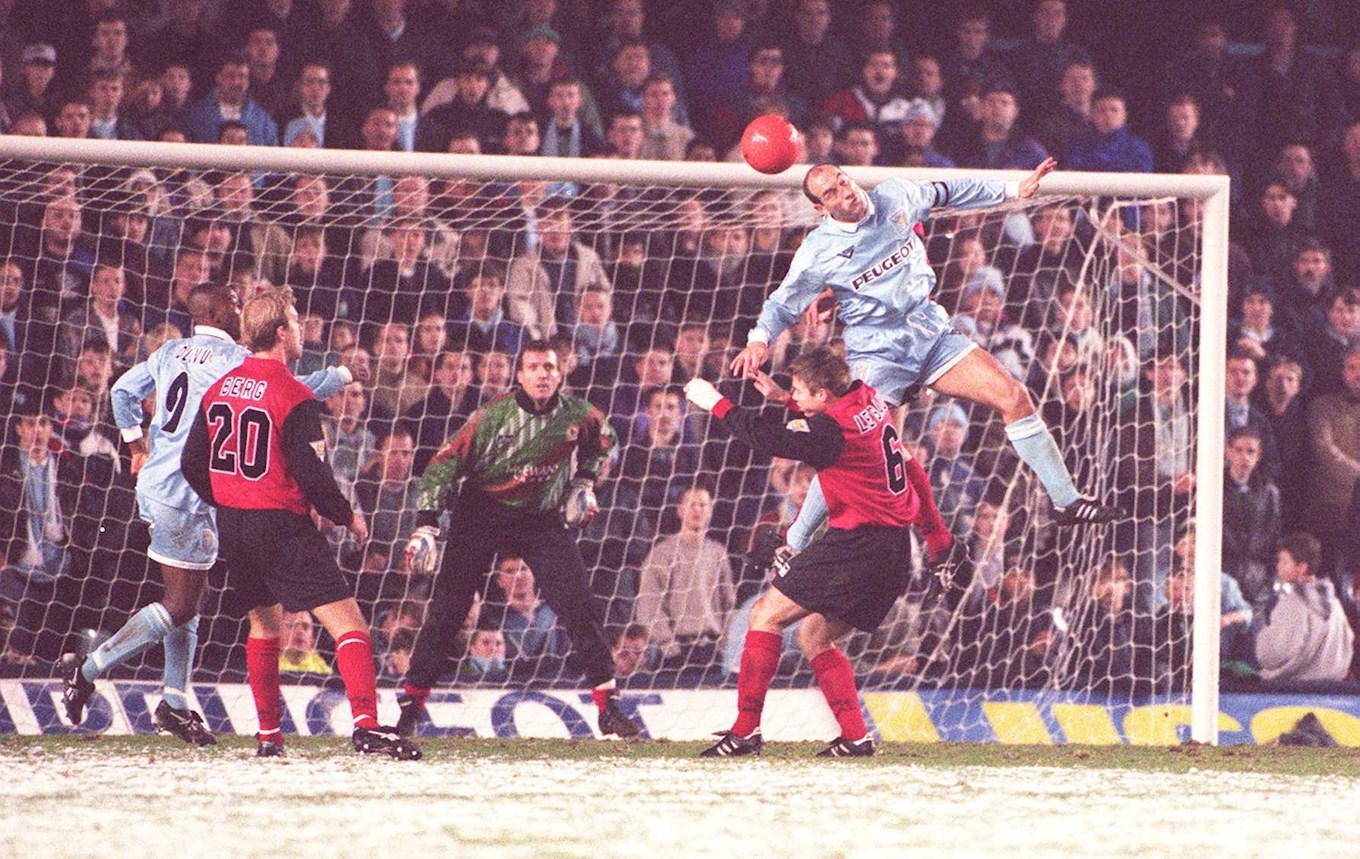 Rovers arrived in good form. They had scored four in each of their previous two games, including a Champions League fixture, while before that they had drawn at Arsenal and thumped Forest 7-0!

City on the other hand had conceded 11 goals in their previous three games so perhaps the clean sheet should have caused more surprise than the five goals. The pitch had more than a touch of snow about it which Rovers claimed was a leveller but undoubtedly Christmas had come early.