Across Coventry City Football Club and Sky Blues in the Community, volunteers make a huge impact.

This week is Volunteers' Week - it is a chance to celebrate and say thank you for the fantastic contribution millions of volunteers make across the UK.

It takes place from 1st to 7th June every year and is an opportunity to celebrate volunteering in all its diversity.

In 2017/18, 20.1 million people in the UK volunteered formally at least once a year and one in five (11.9 million) people did so at least once a month - volunteering contributes an estimated £22.6bn to the UK economy.

Our fantastic matchday Family Zone, which played a huge role in the Club receiving the EFL Family Excellence Award for a second successive year, is run and managed by a dedicated team of volunteers, led by lifelong fan Pat Raybould.

Providing a range of entertainment and activities for young supporters and their families, plus the chance to meet current & former players and our mascot Sky Blue Sam, the Family Zone is run by a dedicated band of Sky Blues fans, supported by the club, on a voluntary basis.

We would like to thank Pat and every single one of the Family Zone volunteers for their time and effort.

Sky Blues in the Community have a number of volunteers who help run their activities alongside their coaches. Whether it’s delivering sessions or making tea and coffee after a session, volunteers play a key part here too.

At their inaugural awards SBitC recognised one volunteer in particular – Ron Bannister. 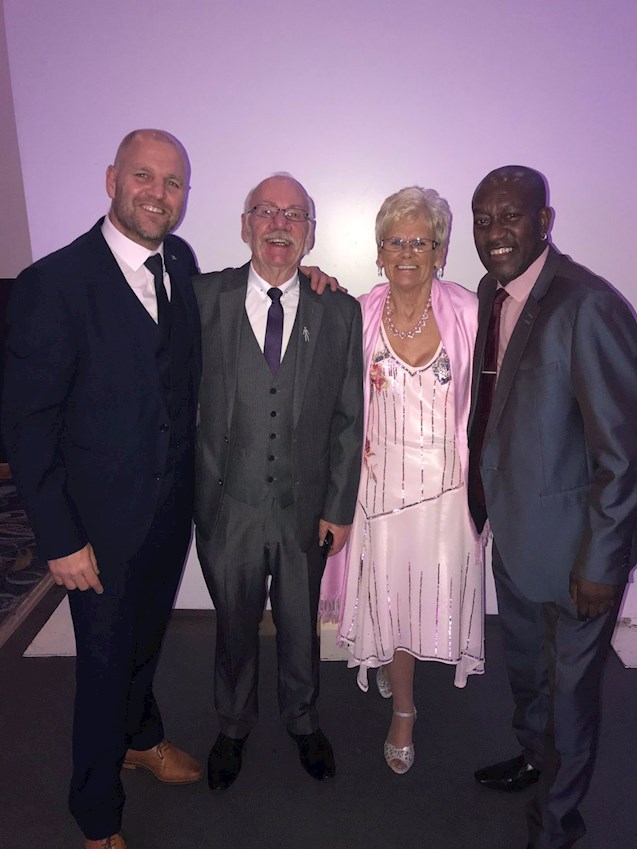 SBitC first met Ron when he enrolled onto the Accelerate Project where he achieved a Level 1 Sports Leadership Qualification and gained the skills and confidence he needed to apply for a voluntary role for SBitC.

Since then, Ron has gone from strength to strength and has completely transformed many of Sky Blues in the Community’s projects through his passion and dedication. He’s a credit to himself and Sky Blues in the Community – it’s because of people like Ron and the other volunteers that SBitC are able to make a difference to the lives of people across Coventry & Warwickshire, and we thank them for their time and effort too.

Whether it is the Family Zone volunteers, Sky Blues in the Community volunteers, the committee from the Former Players Association who help arrange Legends Day and assist on matchdays, or those involved at the CCFC Academy or the many other volunteers throughout the Sky Blues set up – we thank all of the volunteers past and present for their vital contributions to Coventry City Football Club.