Coventry City’s 6 and 12 match package information has been released ahead of the upcoming 2019/20 SkyBet League One campaign.

Due to the circumstances the club finds itself in regards to ground sharing next season, match package prices have been reduced for the new season.

The club is aware some fans will not make the trip to Birmingham and respect their decision, but these match packages gives fans the chance to choose which games they would like to attend and helps them to save money while doing so.

Match Packages are expected to go on sale later this week.

See both price grids below: 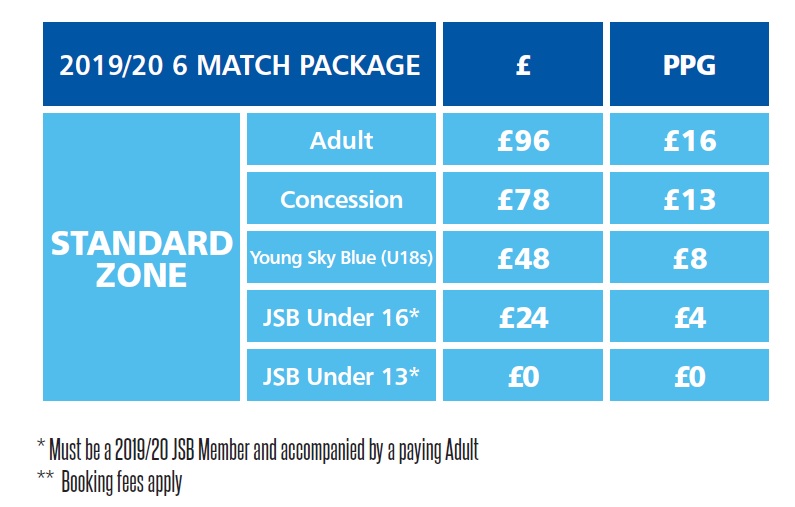 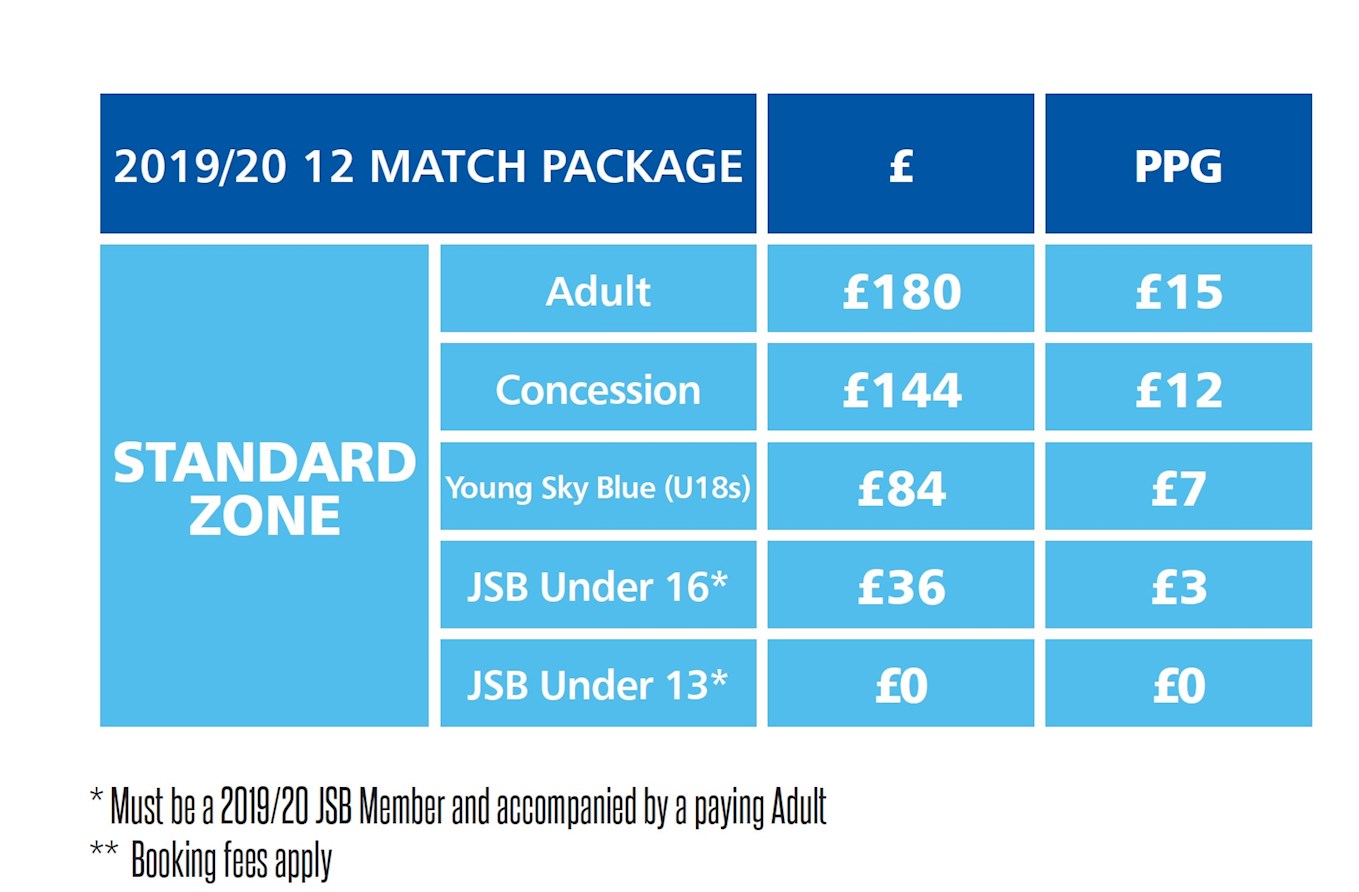 Following the announcement of match packages, Coventry City Chief Executive Dave Boddy had this to say:

“We are pleased to be able to bring supporters the news of our match package prices for the 2019/20 season.

“Fans will know a groundshare was the last resort and our intentions were to play Coventry City’s home fixtures in the city of Coventry at the Ricoh Arena.

“However, this isn’t the case and to help fans we have decided to reduce the prices of our 6 and 12 match packages for next season.

“Your support is valuable to the club and to Mark Robins and his side, as they look to push on from an impressive first season back in League One and match packages are a great way to save money when doing this.”

Unlike previous seasons, you do not receive a physical match package voucher – instead you receive credits against your supporter profile which you can then use when selecting your match tickets – either online, in person or over the phone.

You will be able to purchase your 6 or 12 Match Package via the following methods:

For ticket related enquiries, please call 0333 321 3134 between 9am and 5pm Monday-Friday, or e-mail CCFCtickets@ticketmaster.co.uk