We take a look back at the head-to-head record between the Sky Blues and the weekend's opponents, Ipswich Town.

Coventry and Ipswich Town have been regular adversaries since their first meeting in 1952, doing battle on 86 occasions in various competitions.

The two clubs have faced off in every division from the old Division Three to the Premier League as well as in the League and the FA cup.

Ipswich Town have 38 victories compared to City’s 23. A further 25 encounters between the clubs have ended in a stalemate, including last week’s FA Cup second round tie.

Between 1975 and 1984, the Tractor Boys enjoyed a successful run of just two defeats in 20 matches against the Sky Blues, which has helped the visitors gain considerable superiority over Coventry over the years.

Ipswich have proved a troublesome team for the Sky Blues over the years and will be looking to put their poor record against the league high-flyers behind them in this weekend’s encounter. 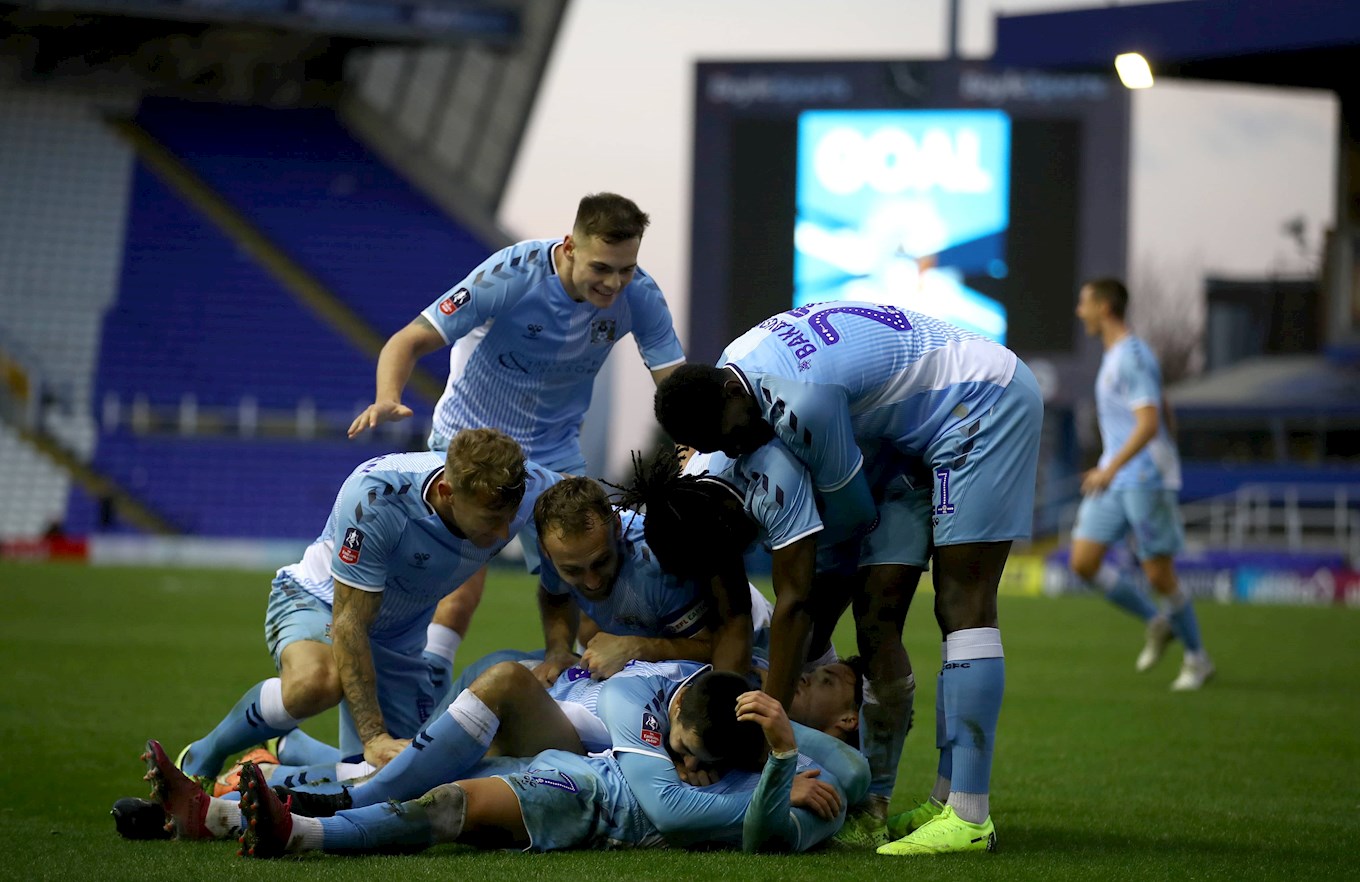 The last visit between the two clubs came less than a week ago, with the Sky Blues facing off against their promotion rivals in an FA Cup second round showdown at St Andrews.

Ipswich travelled with a much-changed side to their regular league line-up, but still posed a considerable threat to the Sky Blues.

The first half was largely dominated by Coventry and it took a smart save from loan ‘keeper Will Norris to deny Maxime Biamou the opener early on.

Ipswich grew into the game with their impressive passing and pressing style and the pressure told not long after the restart as former Manchester United striker Will Keane notched the opener, to the delight of the visiting supporters.

City wasted little time and introduced forwards Amadou Bakayoko and Callum O’Hare to attempt to get back into the game. The introduction of the two proved to be the catalyst as City pushed for an equaliser and Liam Kelly and Kyle McFadzean saw efforts cleared off the line with time running out.

With the final attack of the game, the substitutes combined as Bakayoko teed up Callum O’Hare who rode the challenges of the Ipswich defenders and crashed home with the last kick of the game to send the game to a replay at Portman Road next Tuesday. 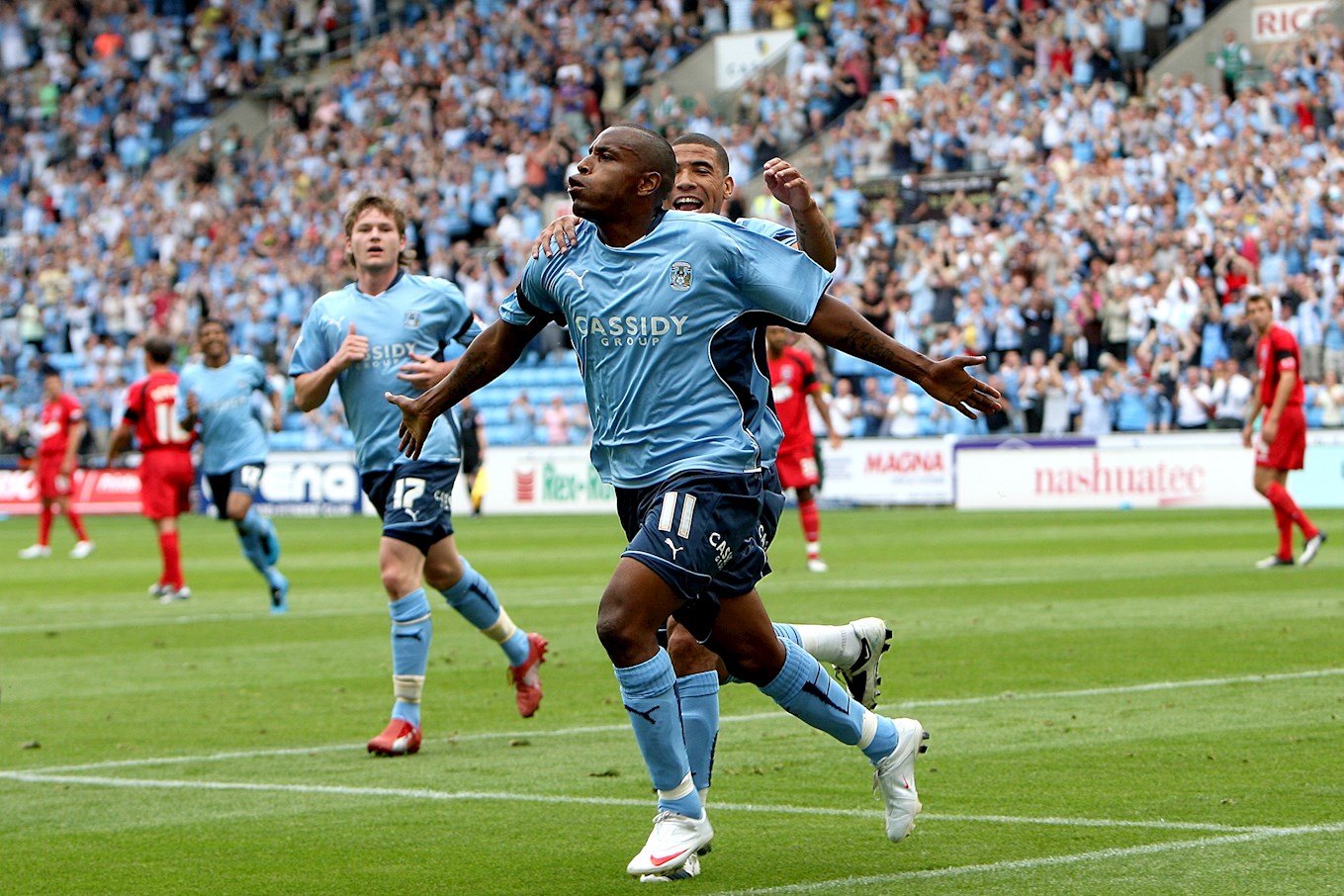 A memorable fixture between the two clubs came on the opening day of the 2009/2010 season when Ipswich travelled to the Ricoh Arena to face Chris Coleman’s new look Coventry side.

Ipswich looked threatening early on and had an effort cleared off the line before Gareth McAuley missed from a corner.

The Sky Blues took the lead in spectacular style as frontman Clinton Morrison lobbed ‘keeper Richard Wright in impressive fashion after a poor clearance from the experienced stopper.

He added a second just 14 minutes later after a brilliant ball from Issac Osbourne was headed into the net by the experienced forward.

Ipswich striker Jon Walters halved the arrears just before the half hour with a smart finish. Ipswich sustained a spell of dominance throughout the rest of the game but couldn’t find an equaliser, not through the lack of trying.

Kieran Westwood put in a typically sparkling performance in goal and young debutant loan signing Patrick Van Aanholt impressed for the Sky Blues as they got their season off to the perfect start.

Coventry have defeated Ipswich by a 4-1 score line on two occasions, representing their biggest winning margin over the Tractor Boys. The first came in a League Cup match at Highfield Road in 1964, where a brace from club legend George Hudson helped City on their way to a comfortable victory. Further goals from John Mitten and Ronnie Rees helped City progress to the third round.

The second occasion came in a Division One encounter in 1979, when prolific frontman Mick Ferguson weighed in with all four goals as City triumphed over the Tractor Boys for the first time in the League for almost four years. 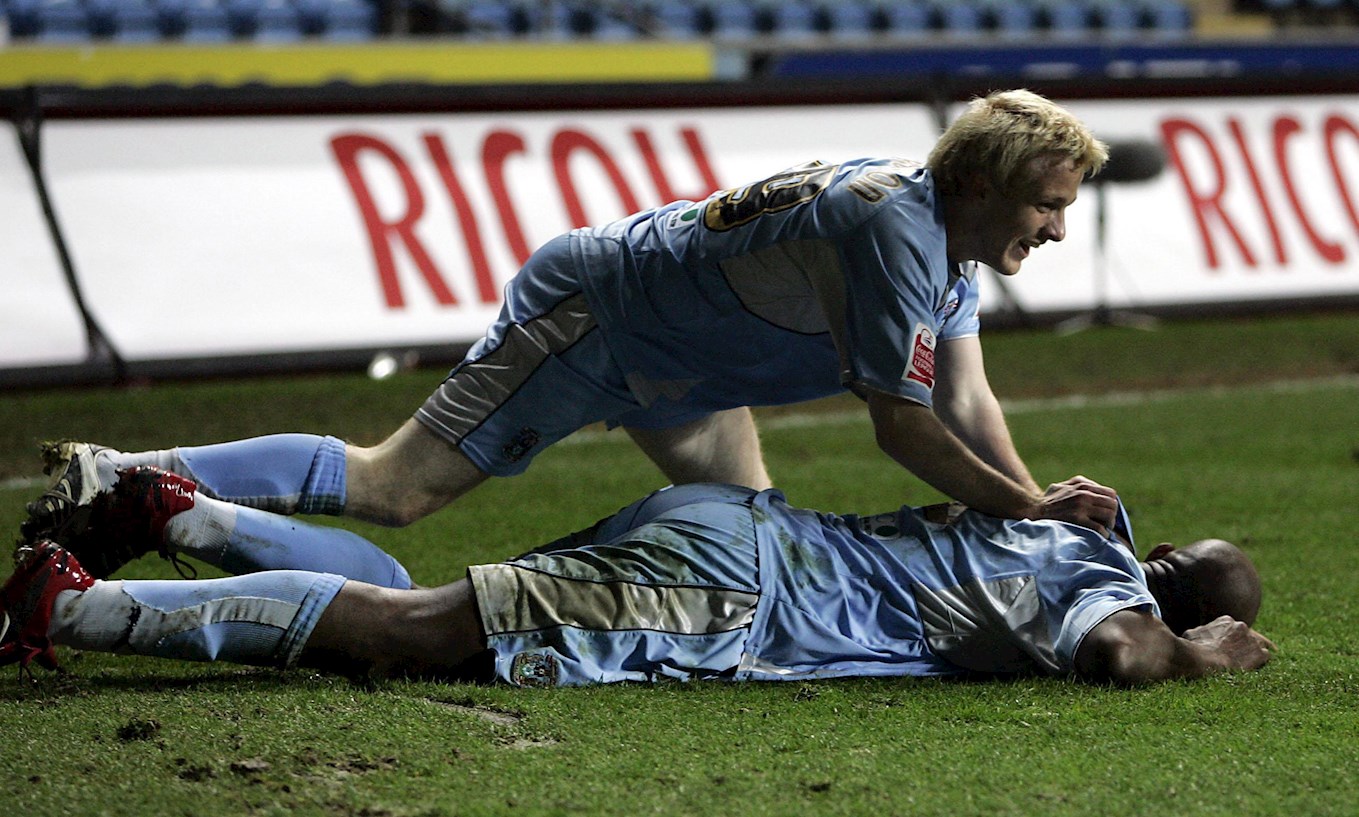 Coventry have only won three of the last 25 meeting with Ipswich Town. A sequence of games that stretches back to 1995.