The Sky Blues travel to Milton Keynes Dons on Tuesday night in the Leasing.com trophy second round. Here is all you need to know about the opposition. 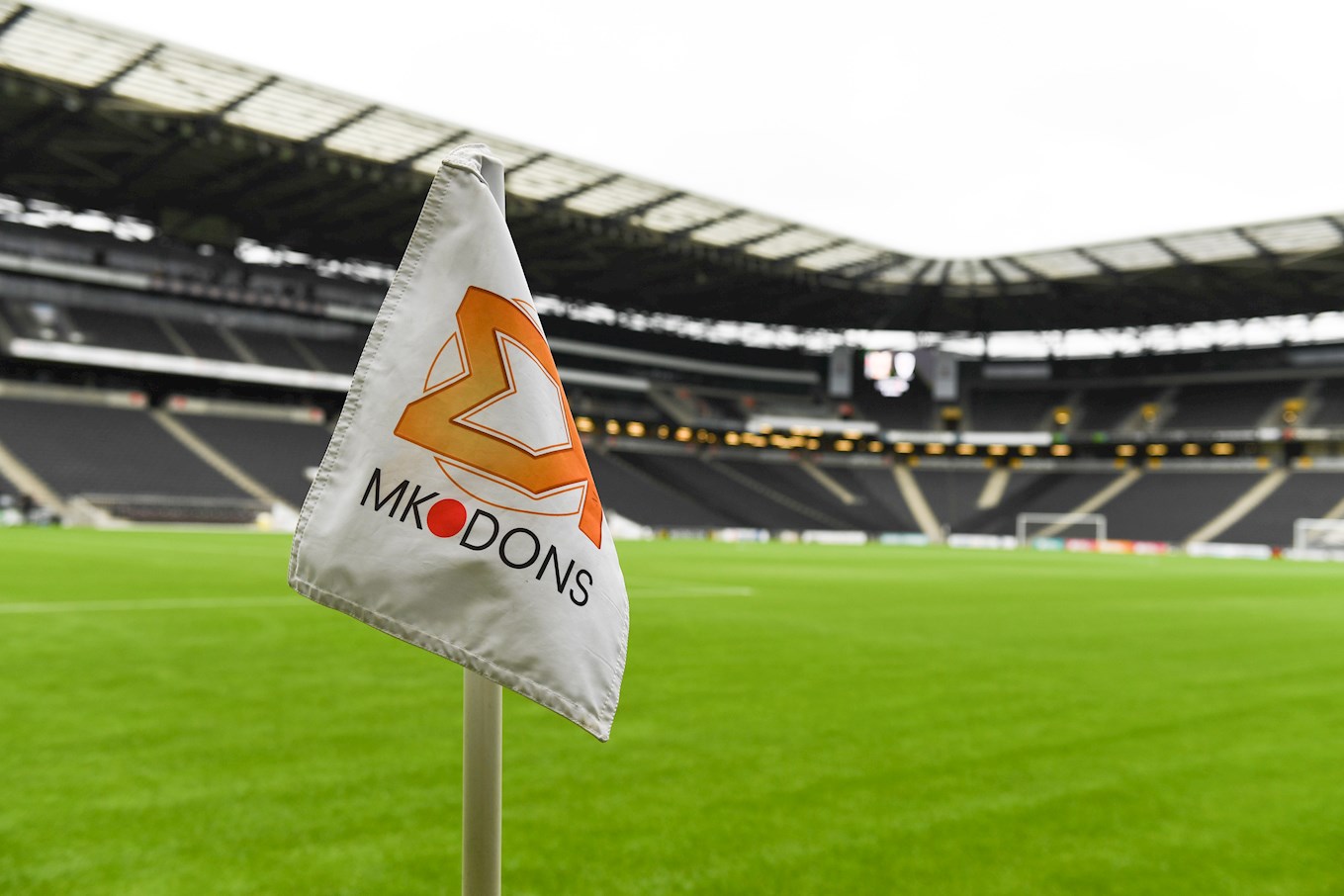 Coventry make the relatively short trip to Milton Keynes for the second time this season hoping to progress in the Leasing.com trophy. The Sky Blues will be hoping to improve on the 0-0 draw in the league clash between the two, a game they feel they’ll feel they probably should have won on the balance of play.

Mk Dons go into the game on a run of 9 defeats in their last 10 games. They have recently replaced manager Paul Tisdale with former defender Russell Martin, who has hung up his boots to focus solely on his managerial responsibilities.

MK Dons have struggled to adapt to life back in League One and have lost the most games in the division, with 13 out of their 18 games ending in defeat. This came after a bright start for the division newcomers, who will be hoping for a good run in this competition to spark their league form into life. 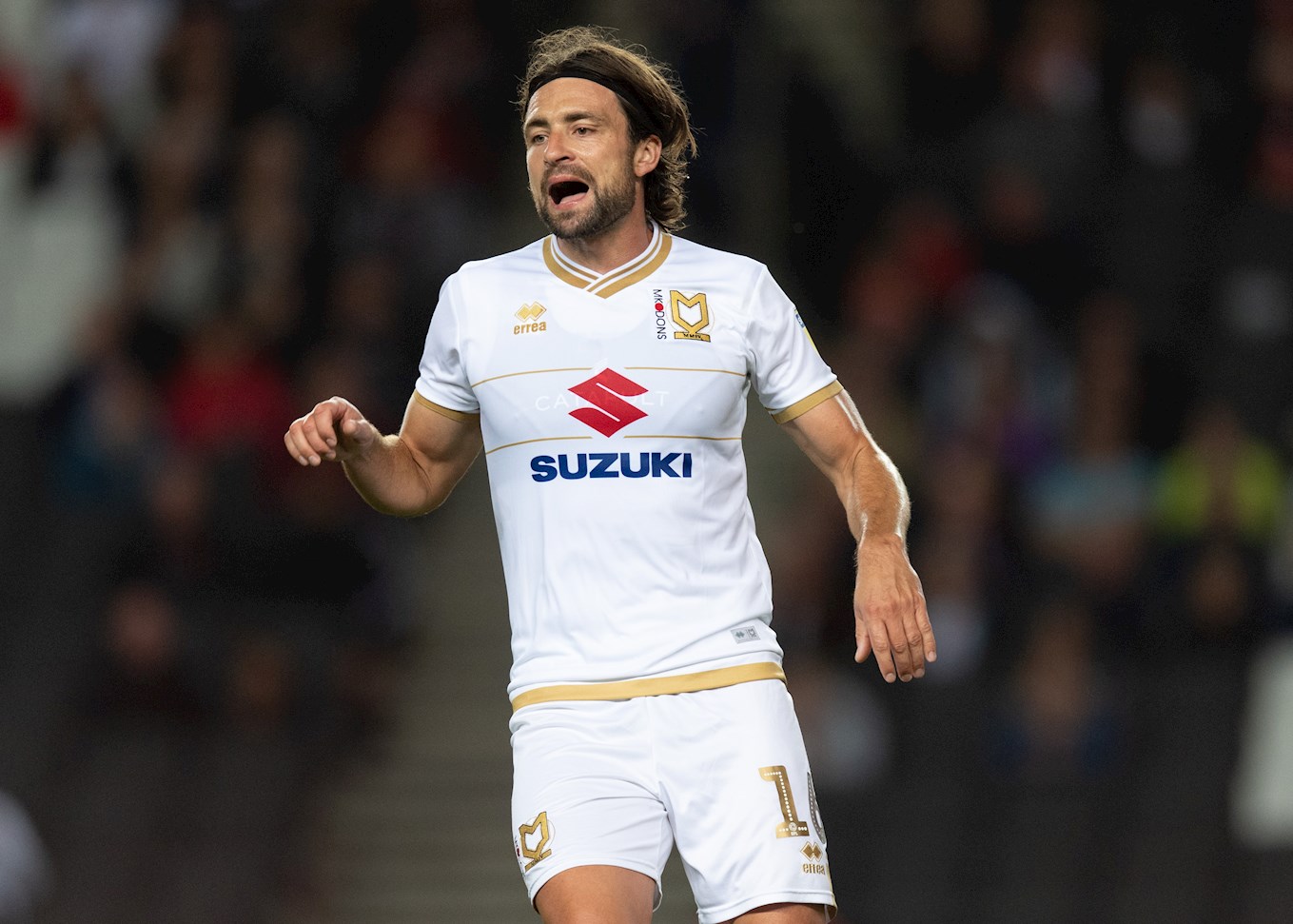 Rookie manager Russell Martin embarks on his first managerial role with tonight’s hosts, taking over from promotion winner Paul Tisdale after beginning the season as a player with MK Dons.

As a player, Martin was a defender who could play centrally or as a right back. He started his professional career with Wycombe Wanderers, making 116 league appearances during his four years with the club. He moved on to Peterborough on a free transfer in 2008, and was named club captain in a promotion winning season for The Posh, playing every game in the process.

Martin moved to Norwich where he enjoyed the best spell of his career. He spent eight years at the club and made 308 appearances, playing a key role in the club’s rise from League One to the Premier League, earning international recognition in the process.

Martin earned 29 caps for Scotland between 2011 and 2017. In the twilight of his career he was loaned to Rangers in Scotland before joining Walsall for the first half of the 2018-2019. He joined Milton Keynes at the back end of the campaign and helped seal promotion back to League One, before hanging up his boots this term and taking on the management role. 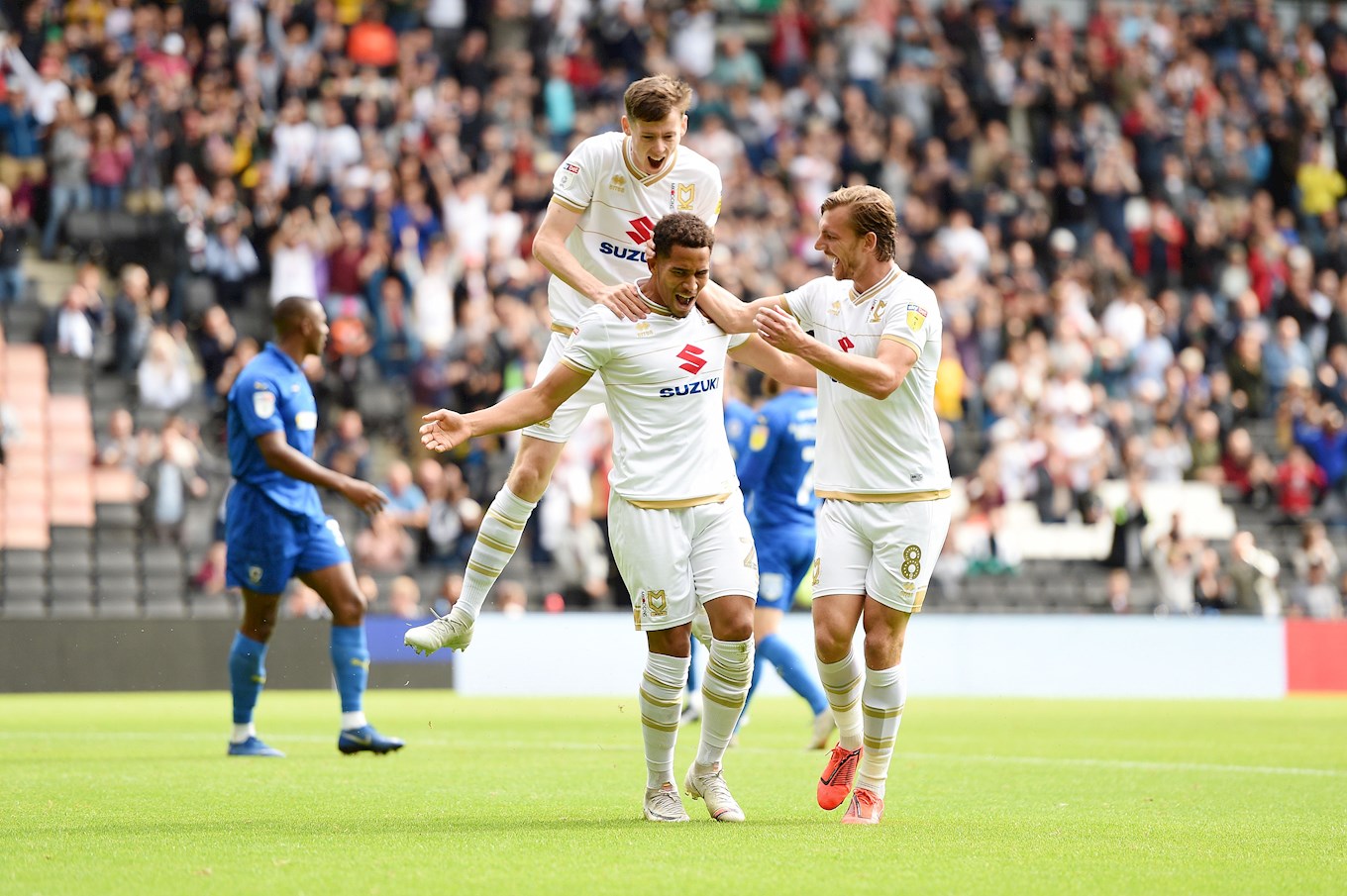 The two clubs squared of in mid-October of this year as Coventry looked to bounce back from two successive league defeats whilst MK Dons also looked to end a poor run of 5 straight losses in the league.

The game was hardly a classic and both sides struggled to create chances in what was a largely forgettable first period. In the second half, the Sky Blues were kicking towards their large travelling contingent and were given a golden opportunity to take the lead on 55 minutes when onrushing forward Jordy Hiwula was brought down by the home ‘Keeper.

Hiwula dusted himself down and stepped up to take the spot kick himself, but was thwarted by Nicholls in the Milton Keynes goal as he made amends for his error and kept the scores level.

MK Dons almost snatched the win when Ben Reeves crashed a late effort off the crossbar, but neither side were able to find the breakthrough and the game ended goalless. 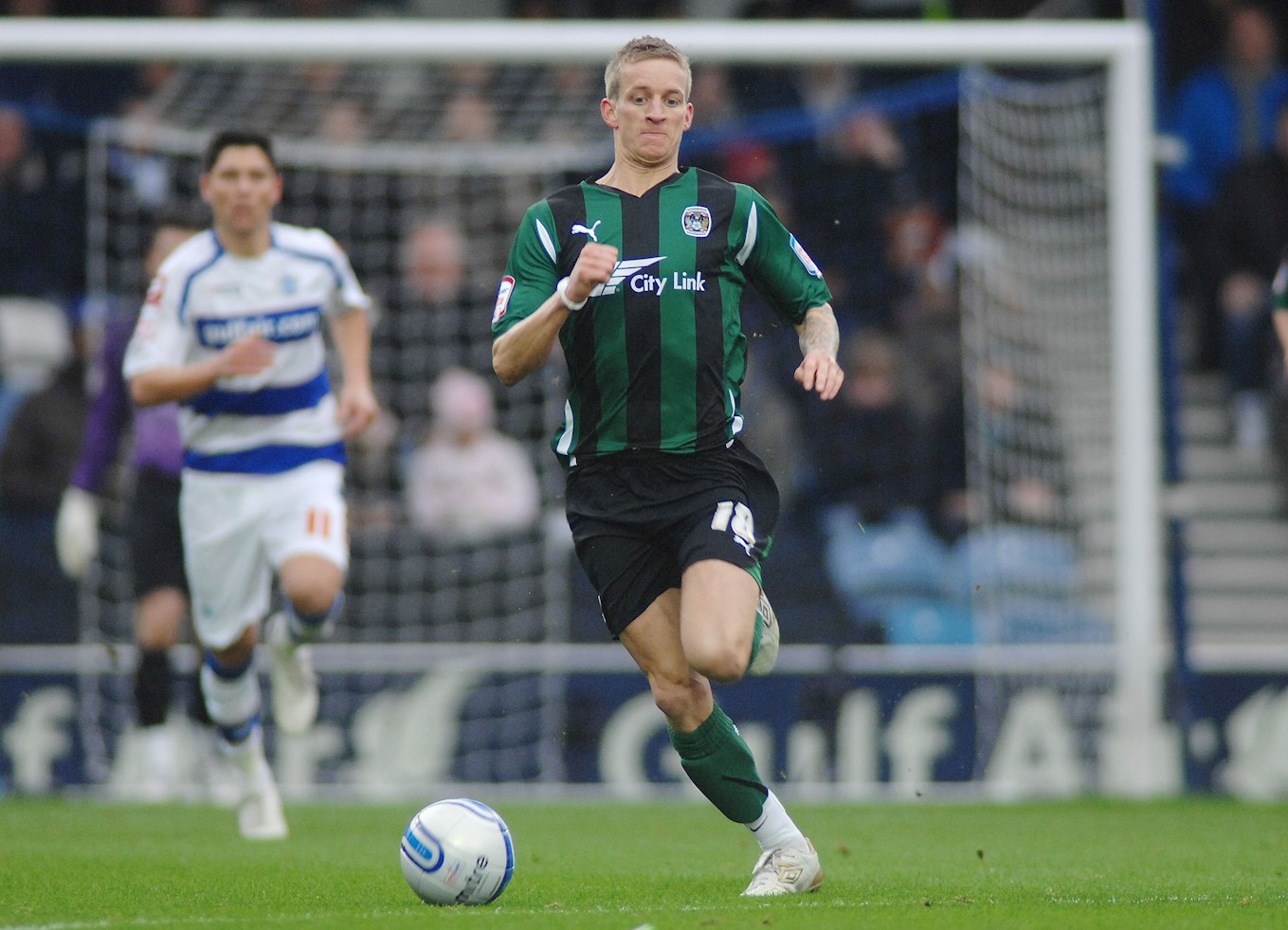 Former Coventry City captain and fan favourite Carl Baker made 182 appearances during his five season stay at the Sky Blues.

Baker was known for his hard work, trickery and goalscoring exploits from midfield, chipping in with 28 goals during his time at the club in all competitions.

Many fans were shocked to see Baker leave in 2014 and he joined MK Dons and went on to be part of a promotion winning squad in his first season at Stadium:MK.

He made 34 appearances in the subsequent Championship season, before departing for Portsmouth and another promotion the following year. Baker did briefly return to the Sky Blues in 2018, but failed to make an appearance due to injury. 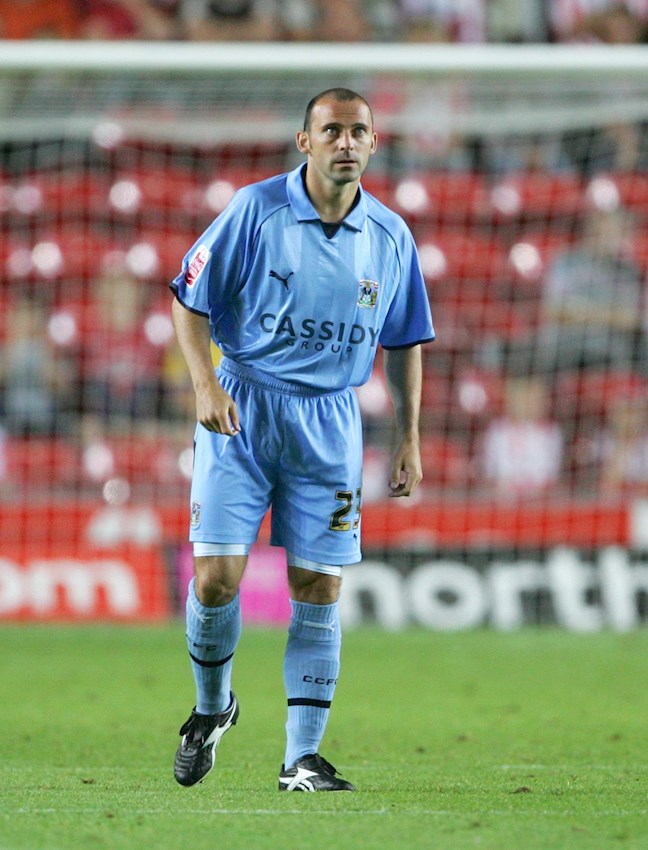 Scottish international midfielder Colin Cameron joined the Sky Blues as a 34-year-old after an impressive career at Raith Rovers, Hearts and Wolverhampton Wanderers.

He signed on a one-year deal after leaving Wolves and appeared in most games prior to the new year, albeit mostly as a substitute.

He managed three goals in total, but was told he would be released at the end of the season after suffering an Achilles injury.

He subsequently joined MK Dons, managed by former teammate Paul Ince, and played a key role in the club’s route to the League two title and the Football Trophy in what turned out to be his solitary season at the club.

Charles Breakspear will be the man in the middle for this Tuesday’s clash.

Breakspear has taken control of 15 matches so far this term, dishing out 71 yellows and nine reds in those fixtures.

He will be assisted on the night by Gregory Read and Alasdair Ross, with Ryan Atkin as fourth official.