Sky Blues in the Community hosted the local finals of the EFL Kids Cup and Girls Cup at Coventry City Ryton Training Ground and Powerleague at Woodlands last month.

The EFL Kids Cup is a national tournament for junior footballers which offers children the once in a lifetime opportunity to play at Wembley Stadium. The tournament comprises of a six-a-side competition for U11 school children and culminates in three finals across the Sky Bet EFL Play-Off weekend in May.

The 72 clubs are first split into 3 divisions, in line with club’s divisional status, before being again split into two groups, north and south. The winners of the divisional northern and southern finals will then qualify for the chance to play before the Sky Bet EFL Play-Off Final of the relevant division.

On Tuesday 15th and Wednesday 16th of October, schools from around Coventry & Warwickshire competed at the Power League, Woodlands as part of our local competition that we run annually.  The games were competitive and played in good spirit with Dunchurch Junior School and The Willows Primary progressing to the area final which took place at Coventry City’s Ryton Training Ground on 16th November.

The winners of this game were Dunchurch and they will progress to the southern regionals and the winner of the regional competition will go on to the National Final held at Wembley Stadium in May. Both of the above schools were in attendance at the game against Rochdale and we hope they have enjoyed the experience!

Tom Reeves, Premier League Sport Manager commented: “It was fantastic to see hundreds of pupils enjoying their football in front of their parents and teachers. The games were competitive and of a high standard but always played with respect towards opponents, staff and teachers. Congratulations to both schools in progressing to the area final and good luck to Dunchurch in the regional finals early next year.”

Adam Spence, Primary Sports Officer said: “The Kids Cup was a huge success and I thoroughly enjoyed being a part of it. It gave lots of young players the chance to succeed but more importantly have fun and enjoy their football. We received great feedback from the participating schools and we are looking forward to attending the regional finals”. 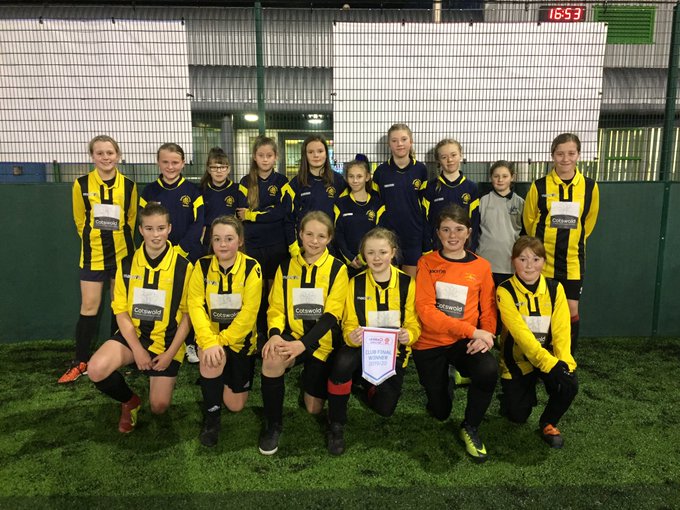 The EFL Girls cup follows a very similar set up and provides local schools with the opportunity to enter U13 girl’s teams, in the hope of a final at Wembley stadium. The local stage of the tournament was held on the 17th of November at Goals AT7 Centre where 7 secondary schools attended and played some fantastic matches.

President Kennedy School and West Coventry Academy topped the groups and made it through to the local final that was held on the 21st of November. The final was very competitive and both teams played an incredible game, but the final score saw West Coventry Academy triumph to represent Coventry City FC in the Area finals in January.