We take a look back at the head-to-head record between the Sky Blues and the weekend's opponents, Oxford United.

Last season the Sky Blues travelled to Oxford twice, winning in League One shortly after an August elimination from the Carabao Cup at the same venue.

Three seasons ago a pair of 2-1 wins included one in the Checkatrade Trophy final either side of a 4-1 defeat.

The clubs have only met in seven different seasons including last year. The 2016-17 games were the first since 1988.

In that season and the previous one all four games were won by the home side without the visitors scoring. In the previous campaign Coventry completed the only league double so far registered in the series in what were the first ever league meetings.

The only previous match had been five seasons earlier when Coventry came out on top to the tune of 4-0 in the FA Cup in 1982. 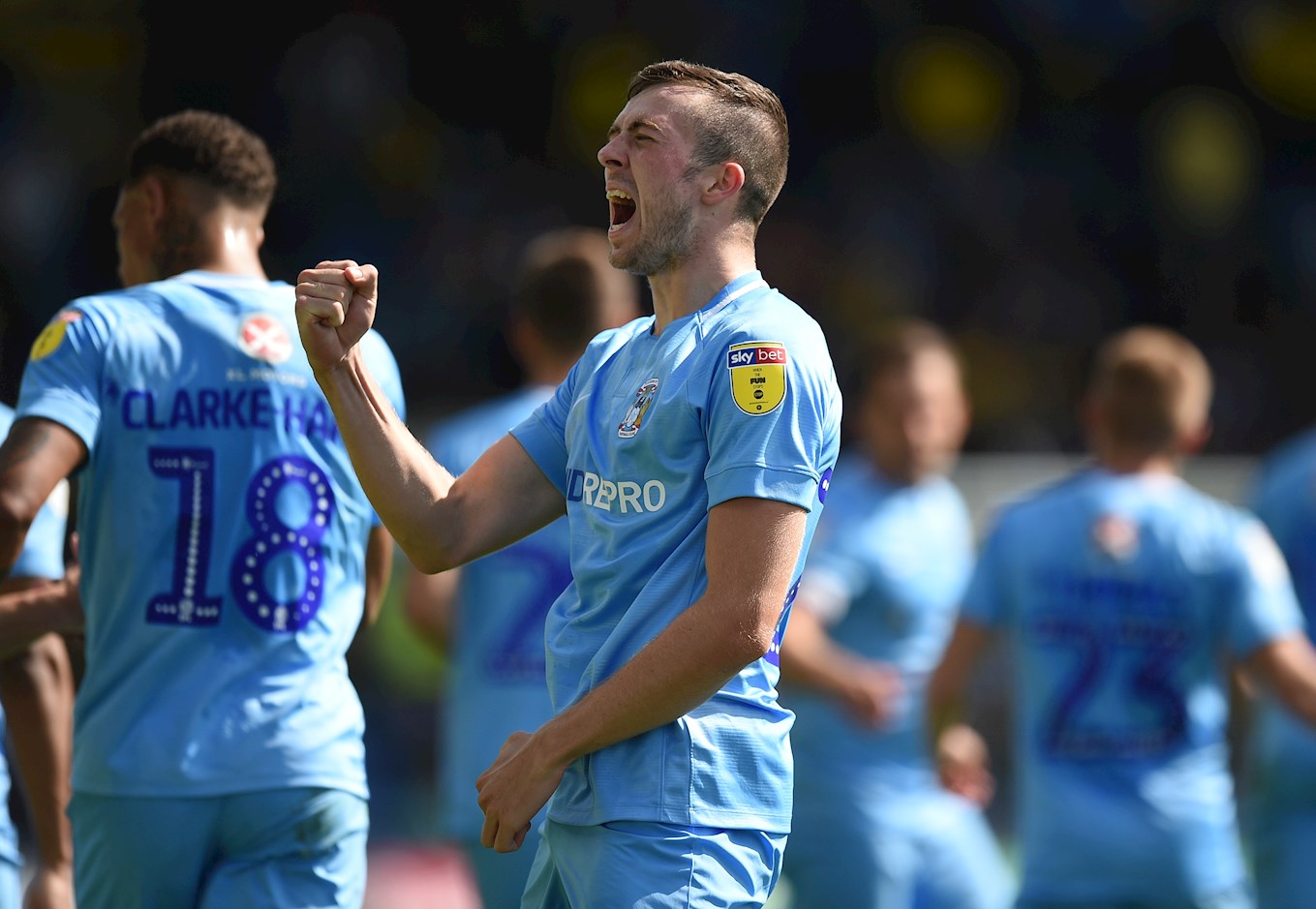 The Sky Blues bounced back from a defeat in a visit to the Kassam a few weeks prior to secure three points in front of the Sky cameras.

City took the lead through a deflected Jordan Shipley strike, which came midway through the second half.

Then, making his full Coventry debut, Conor Chaplin stepped up to take a spot kick, sending the ‘keeper the wrong way to double the lead.

Jon Obika did pull one back late on for the Yellows, but that would prove to be a consolation goal.

A 4-0 home win in the first ever meeting remains the biggest winning margin between the Sky Blues and U’s.

On that occasion braces from Garry Thompson and Mark Hateley separated the sides. City scored one more on Oxford’s first league visit in 1985 but on that occasion the visitors scored two of their own.

Another three goal winning margin was achieved the following season, this time Oxford failing to net.

An early goal, an own goal and penalty had City 3-0 down well before the break on a day when Marcus Tudgay’s penalty five minutes into injury time was only barely a consolation in a 4-1 defeat at Oxford in November 2016.

Had it not been from a terrific performance from Lee Burge the size of the defeat would have been worse, two saves in particular from Chey Dunkley and Kane Hemmings being outstanding.

Hemmings did most of the damage. He opened the scoring just seven minutes in, forced the O.G. from Jamie Sterry on the half hour and kept Burge busy. The ‘keeper had no chance though with Chris Maguire’s penalty nine minutes before the break, the former Coventry loan man bouncing up to bury the spot kick after being fouled by Lewis Page.

On a day when little went right, hopes of a potential fight-back were extinguished on the hour mark as Alex MacDonald made it four. Having been level on points at kick-off, Oxford climbed into mid-table leaving Coventry hovering a point above the drop zone. 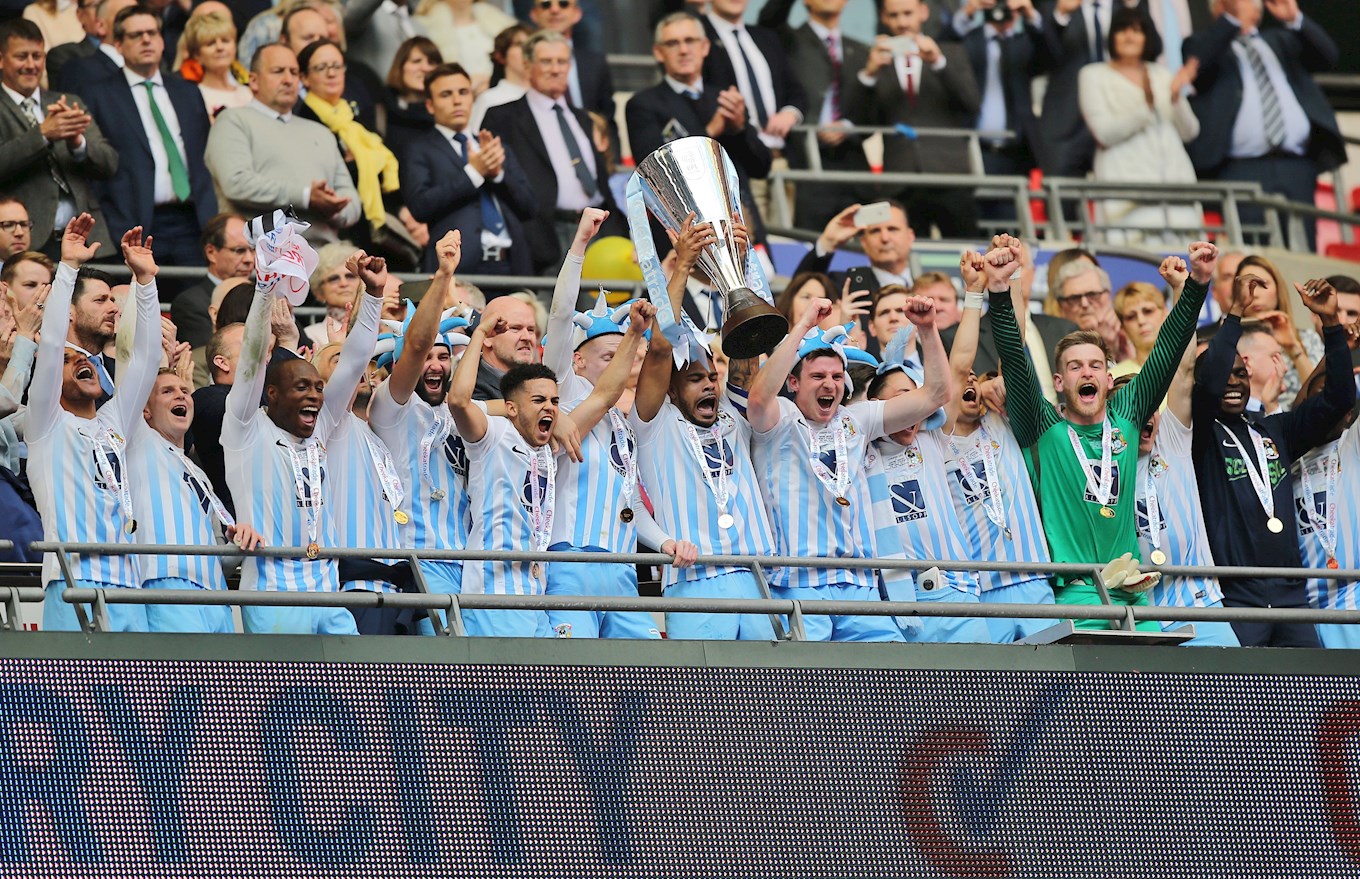 City beat United 2-1 at the Ricoh Arena, before a 2-1 win at Wembley in the Checkatrade Trophy final and the final 2-1 win being at the Kassam Stadium.