Ahead of the Sky Blues facing Gillingham this weekend, Rob Mason profiles Micky Adam. He started his playing career at the Gills before a move to the Sky Blues, who he would go on to manage...

Micky Adams had a lengthy managerial career, being City supremo for 99 of his 783 games in English football.  Like all managers he had his bad times but Micky Adams’ managerial honours list is very impressive.

A Manager of the Month award with Coventry in April 2005 was one of eight he won. Three of those awards came with Vale. More importantly Micky also won two Manager of the Season awards: with Fulham in 1996-97 and Brighton in 2000-01 – both in the third tier. Most importantly of all Adams was a promotion winner four times as a manager. He did this with four different clubs, most recently with Port Vale in 2013. Ten years earlier he took Leicester into the Premier League. Two seasons before that he won the third division championship with Brighton and Hove Albion, while his initial success had been promotion as runners up in the same division with Fulham in 1997.

More recently Micky managed Sligo Rovers in the League of Ireland in 2015, while in June 2017 he was reported to have begun coaching the Under 18 side of Harborough Town, near his home in Leicester. 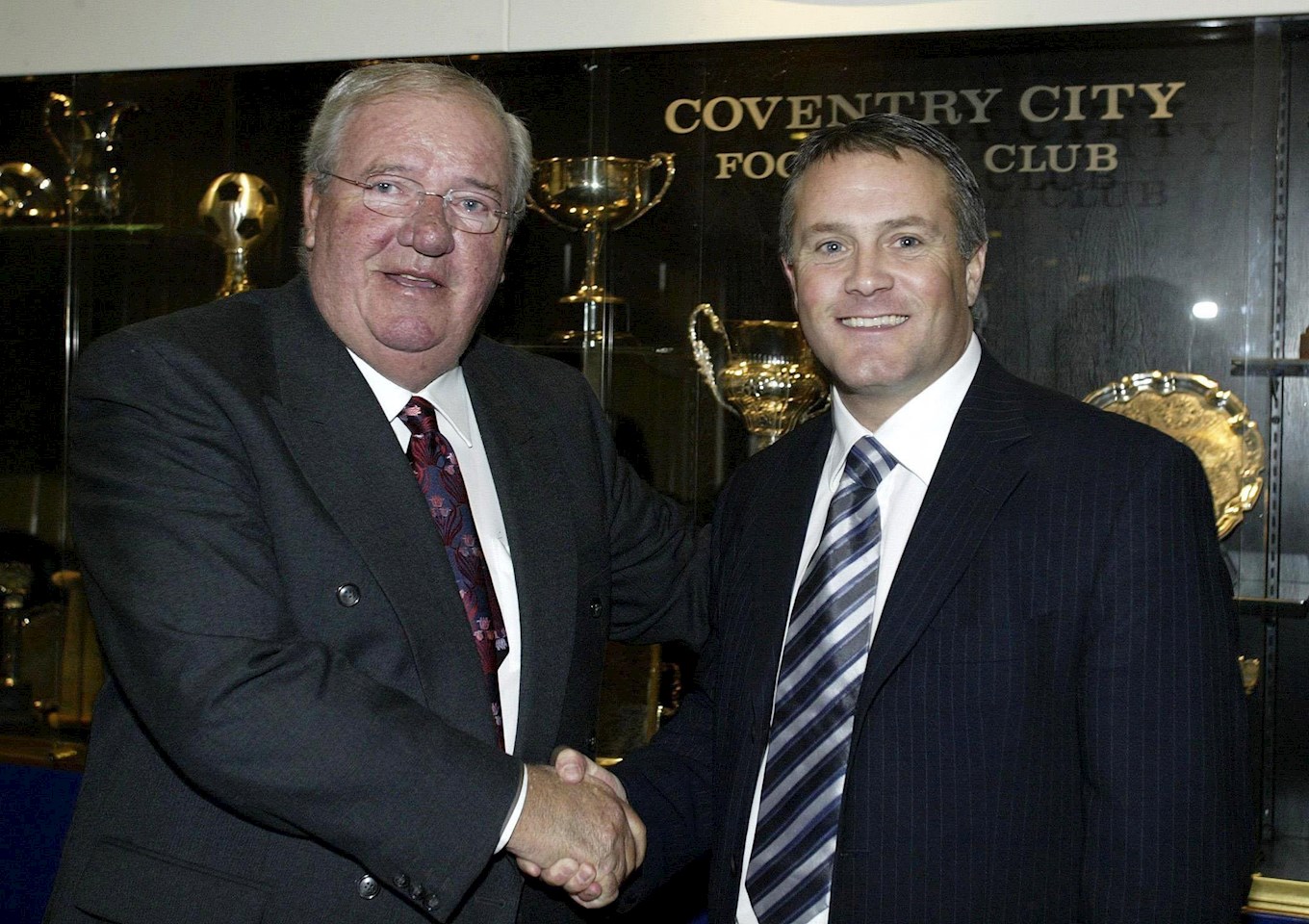 A former Coventry player, Micky became Sky Blues boss on January 21st 2005, taking over from Peter Reid. 24 hours after he assumed control Adams saw his new charges go down 2-1 at home to QPR. A week later it took an Alan Shearer goal to break the deadlock for Newcastle United in the FA Cup at St. James’ Park but a spirited City display offered hope despite a 3-1 defeat. There would be two more losses before first joy, a half time team talk leading to an interval deficit at Reading being overturned into three points.

Progress was painfully slow though as a ‘new manager bounce’ steadfastly refused to appear. While there would be another away win at Watford, it was a lonely oasis, being the only win in six games, as March ended with City in the relegation places. 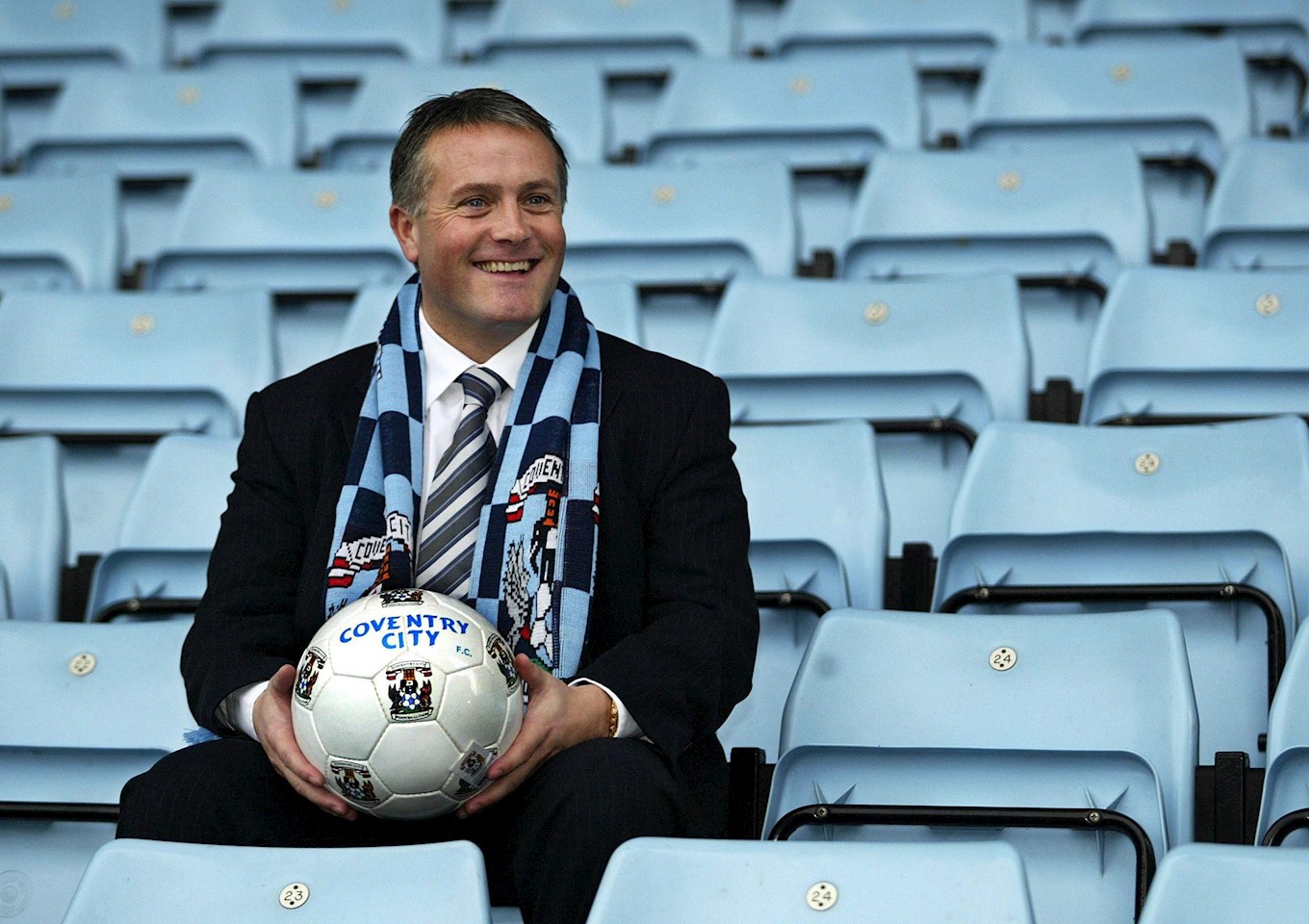 Changes were made with instant results. Shaun Goater and Lloyd Dyer were introduced to the side on the same day Luke Steele was brought back in goal. A crowd of eighteen and a half thousand witnessed the first home league win since before Christmas as Adams enjoyed three points against one of his former clubs, Brighton.

Just four days later the fans were celebrating again as fellow strugglers Forest also returned home empty handed. Defeat at promotion bound West Ham failed to halt momentum. Points were gained from a visit from Wolves and the long trip to Plymouth before April climaxed with a stunning 6-2 hammering of play-off qualifiers Derby. 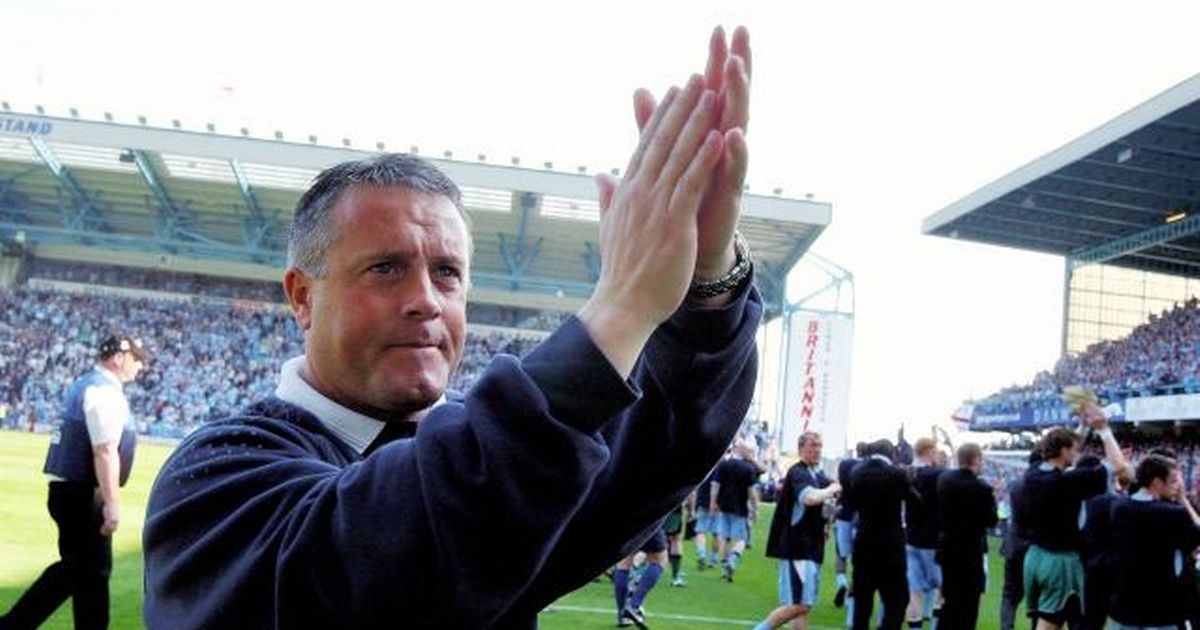 The final day of the season saw Crewe save themselves by beating City, duly avoiding the drop by a single goal, but City were safe six from the bottom of the table level on points with Watford just above them. It was only one place above where Peter Reid had left the club but the end of the season had offered optimism that the new campaign would offer something fresh – not least because that 6-2 sign off against Derby had been the final match at Highfield Road. Come the start of 2005-06 City would be strutting their stuff at The Ricoh Arena.

Starting with three away games as the stadium was readied, Adams’ City registered just one goal and two points on the road, but an initial capacity 23,000 were treated to a 3-0 win over QPR to bolster early hopes. Adams had had little to spend but had brought in James Scowcroft, Matt Heath and back-up ‘keeper Clayton Ince. It was to be an inglorious start to the new era though. By the time calendars turned over to December only two more league victories had been recorded and City were in the thick of another relegation battle. 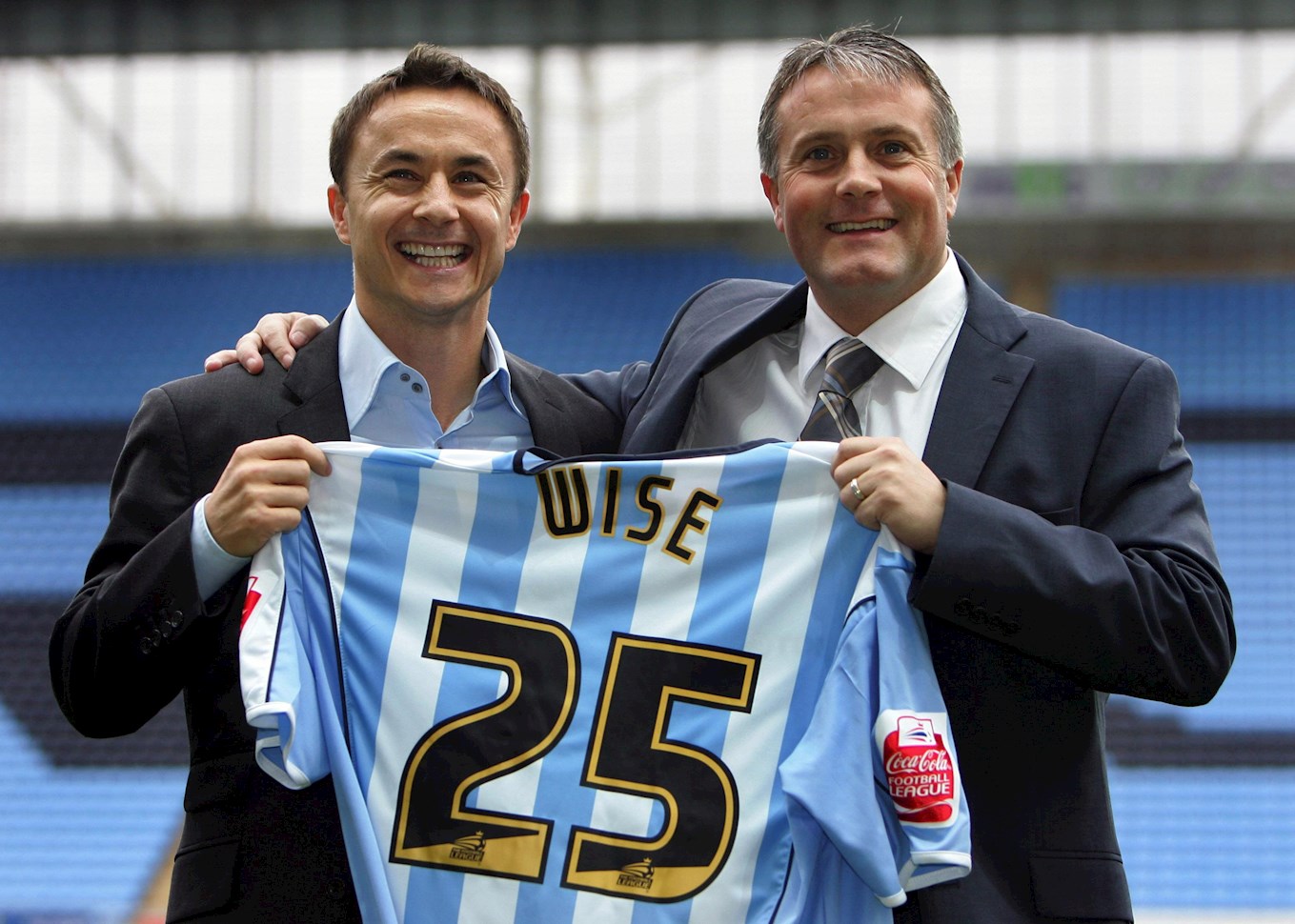 Thankfully the first three games of December saw the season’s number of wins double and as the new calendars were put up Adams was given an anniversary present as the marking of his first year in charge came about with the finances provided to bring in Dennis Wise on a free Southampton. He teamed up with Don Hutchison who had arrived after being released from Millwall.

Derby County must have been sick of the sight of Coventry. After being hit for six at the end of the previous season, they were beaten 6-1 as Wise marked his debut with a goal and followed that up with a brace in the next match as Brighton were beaten.

A steady improvement which included going the final five fixtures of the campaign unbeaten saw City climb to a seasonal high-point of eighth, a far better outcome than had been feared before the turn of the year.

After six goals in 13 games from midfield Wise ended his playing days at Coventry to resume his own managerial career. Having been player-manager at Millwall and caretaker-manager at Southampton before coming to City, he left the club to take over as Swindon gaffer. Wise was one of an exodus of a dozen players, a list which included Gary McSheffrey and Richard Shaw. 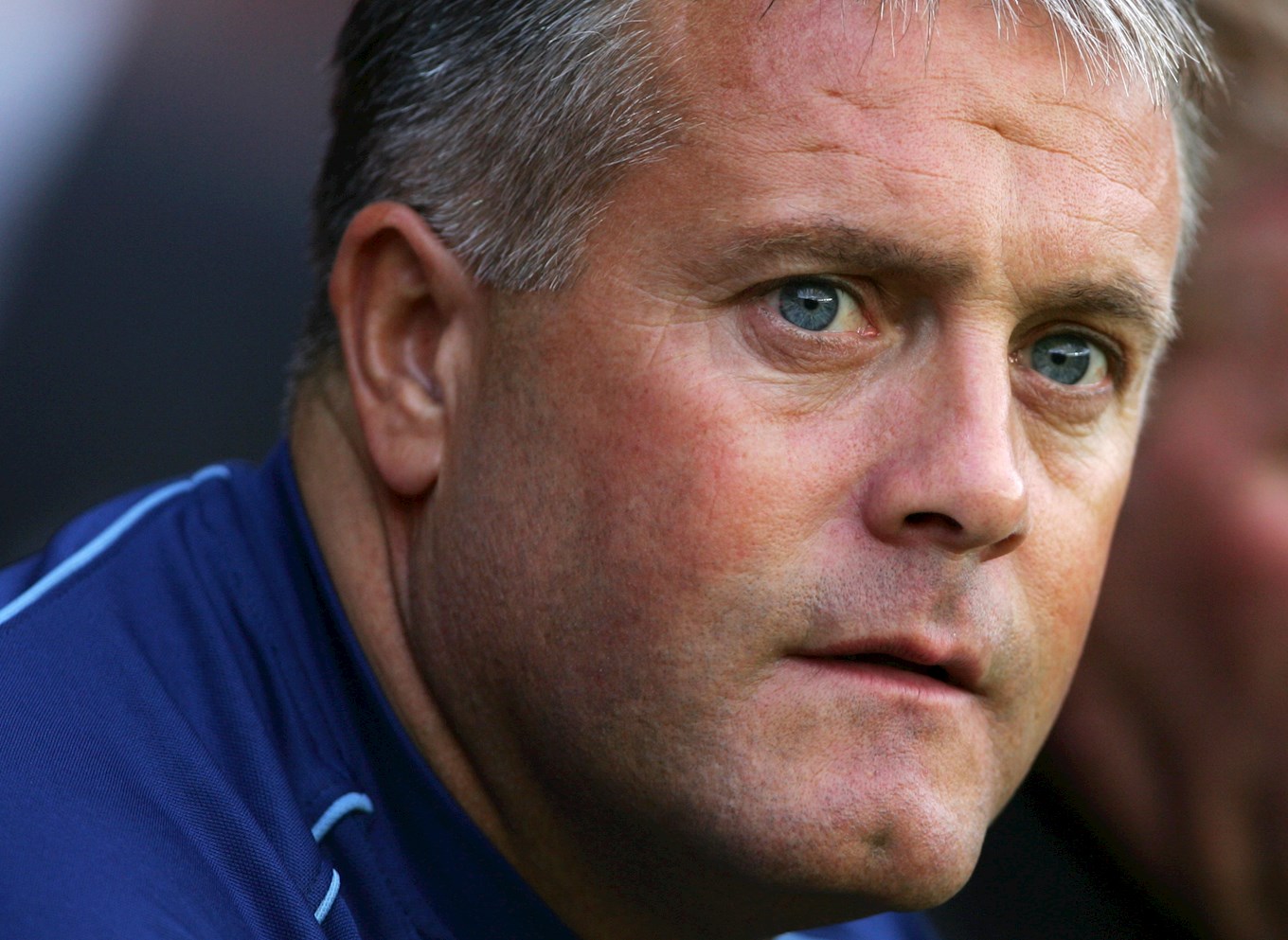 McSheffrey’s final goal before his departure contributed to an opening day win when Stern John also scored. By the time John got the only goal of the game to beat Leeds in mid-September City were in the play-off places, but that was to be the high point as performances and results fell away.

New Year’s Day brought defeat in the reverse fixture with Leeds while in the next home league game City conceded four in the first half to Crystal Palace. When Bristol City, from the division below, proceeded to win a cup replay at The Ricoh four days later it was the end for Adams who departed with City 16th in the Championship and the manager one game short of 100 in charge of the club.

Briefly Micky became Geraint Williams’ assistant at Colchester prior to succeeding Dean Wilkins at Brighton, a club Adams had left seven years earlier. It was to be a short-lived appointment. Having overseen Coventry’s move from Highfield Road to The Ricoh, at Brighton Adams experienced life at The Withdean, an athletics ground The Seagulls called home at the time. 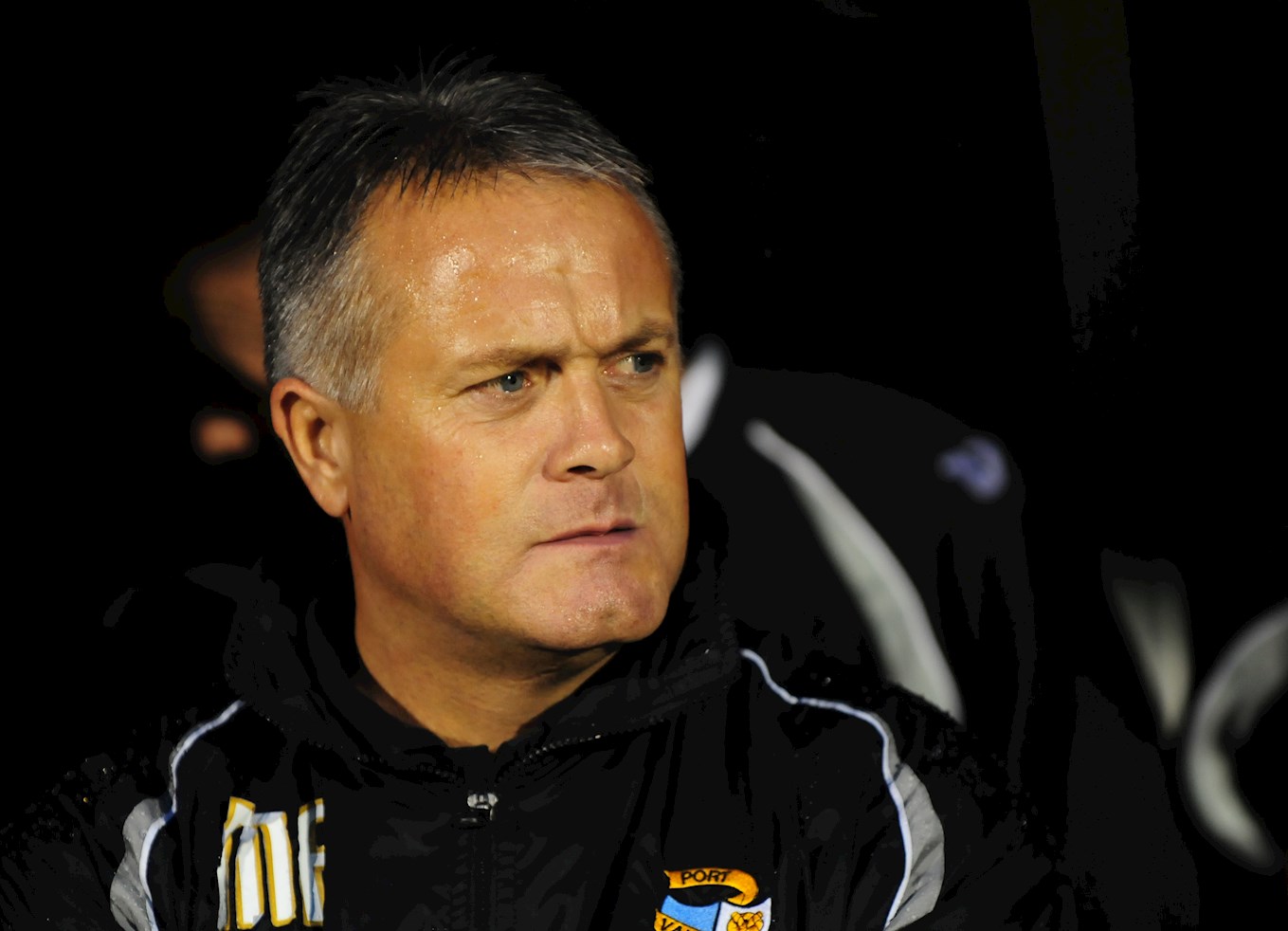 The summer of 2009 saw Adams become manager of Port Vale. Relegated a year  earlier Vale had finished 18th in Football League two but rose eight places under Adams, on the back of him stopping the rot and halving the number of defeats from 24 to 12.

Building on that there were just two losses in the first 18 games of the following season as Micky took Vale into the top two before departing to take over at his boyhood favourites Sheffield United.   He had played for the Blades at youth team level, and had knocked them out of the League Cup in his initial season at Vale.

Sheffield United proved a tougher gig than he might have imagined. 13 games were played before he enjoyed a win. There were just three more victories as they tumbled to relegation with his departure confirmed three days after the curtain came down on the season. 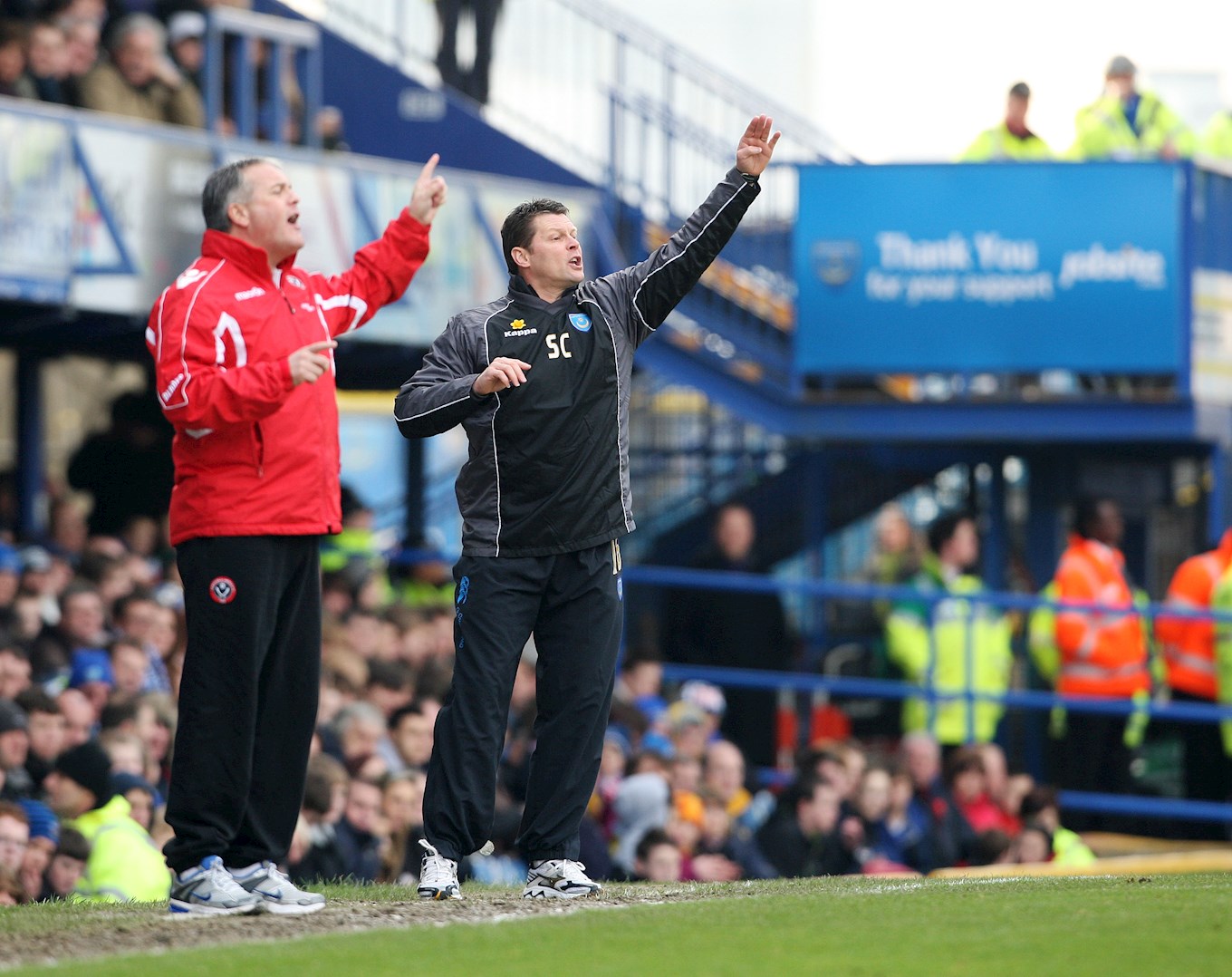 Port Vale welcomed Adams back with open arms. Continuing his reputation as a wheeler-dealer the squad appeared to have a revolving door as he attempted to assemble a squad in the face of financial problems that led to the club going into administration in March, after which their promotion push fell away with the deduction of 10 points.

A season later Adams guided Vale to promotion after they came out of administration. The club pipped Burton to promotion from the bottom tier on goal difference – albeit the best goal difference in the Football League. Consolidating with a creditable ninth place after promotion Adams kept Port Vale going in the right direction but the inevitable bad run came and three years ago this month Micky resigned after six successive defeats.

Under a month after vacating Vale Park Adams was back in employment, this time at Tranmere where he stayed for six months. Beginning and ending with defeats at the hands of Oxford, Adams final match as a Football League manager came on April 18th 2015. Still only 57 there is ample time for Micky to add to the 796 games he has taken charge of in English and Irish football. 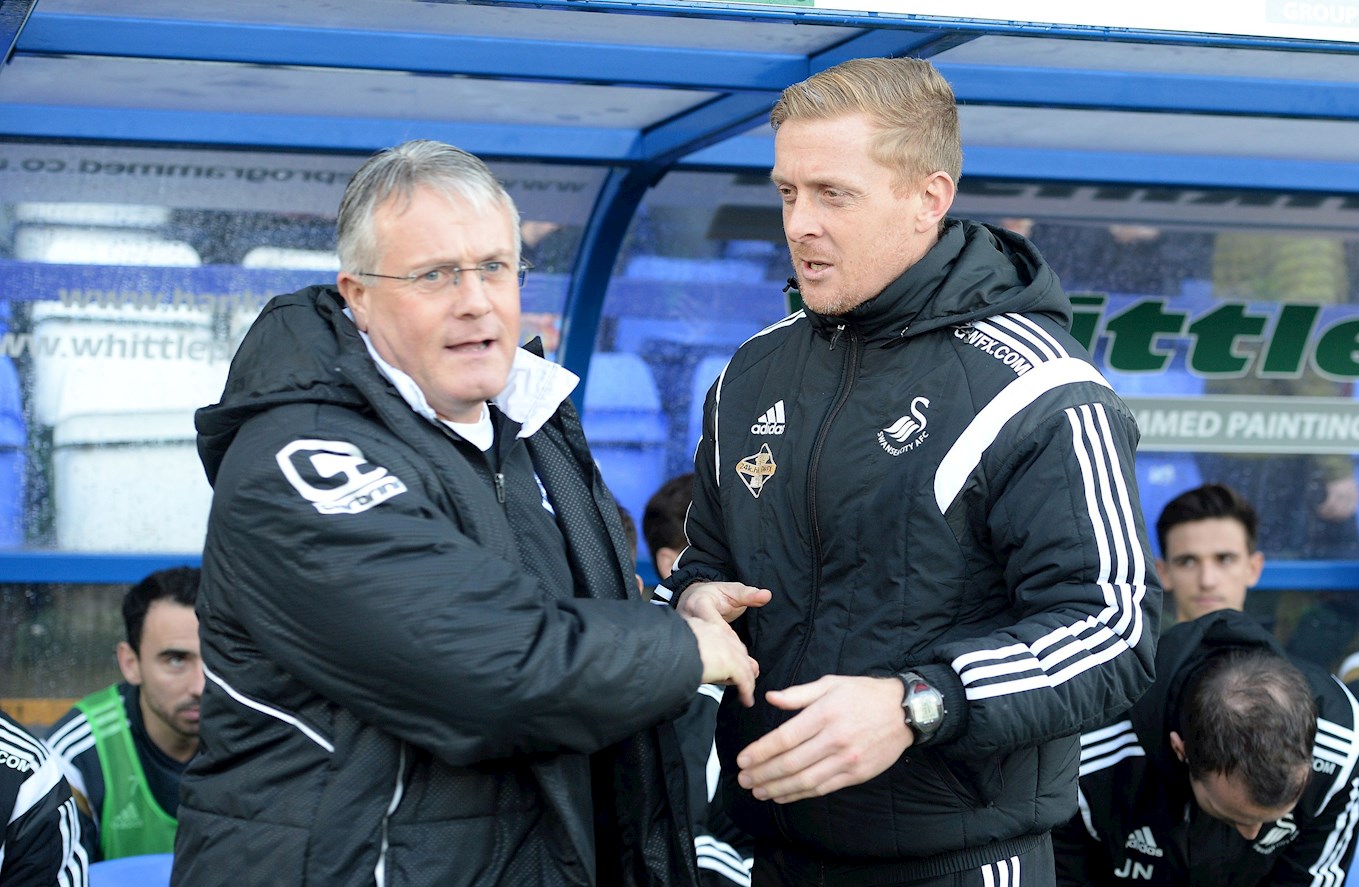 In a life-time devoted to the game, there were also 524 appearances as a player. Just over a century of those were for the Sky Blues who he played for in four top-flight seasons in the mid-eighties, marking his home debut with a goal against Everton 34 years ago this month.

Having made his name with Gillingham, full-back Adams went on to play for Leeds in the second division, Southampton for six years at the top level as the First Division became the Premier League (becoming the first man sent off in the Premier League), before completing his playing days in the Football League with Stoke City, Fulham and Brentford.

Whether the Micky Adams story is complete, only time will tell. There may be another chapter waiting to be written. 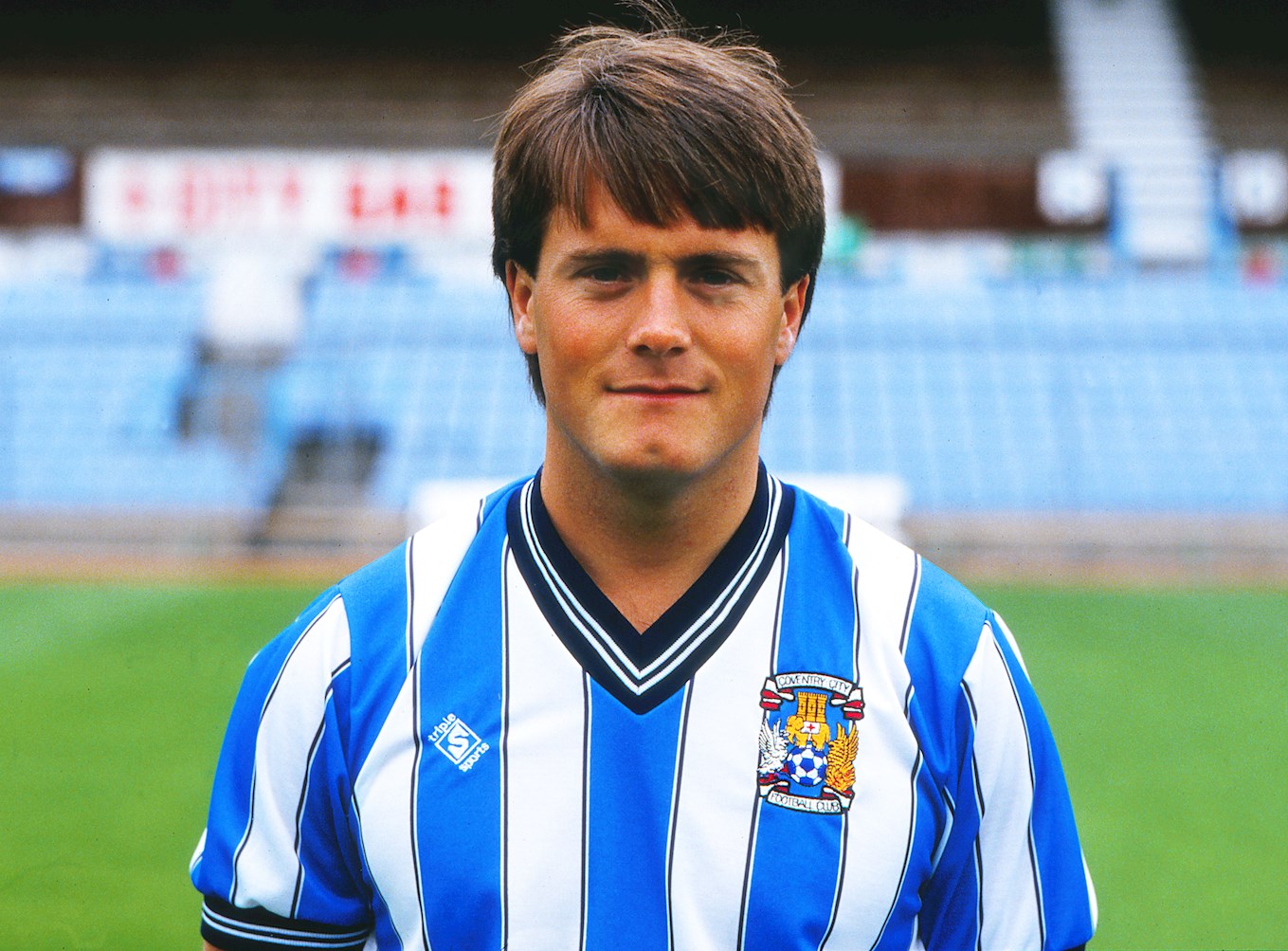