Ahead of the Sky Blues facing Bolton this weekend, Rob Mason profiles Phil Neal, who managed both clubs...

It was on the 23rd October 1993 that Neal was appointed as successor following Bobby Gould’s resignation, Phil having been Gould’s assistant. Although a 5-1 defeat at QPR extended Gould’s winless run to three losses and three draws, prior to that the previous six games had seen three draws and three wins, starting with a Mick Quinn hat-trick in an opening day win at Arsenal and a home win over Liverpool.

Consequently, while City were smarting after a bad day at the office at QPR, Neal took over a side in 13th place with 15 points from 12 games, a much better position to inherit than many a manager coming into a job at this stage of the season. In a sign of how times have changed since this second season of the Premiership, the clubs immediately below Coventry as Neal took over were Manchester City and Chelsea. 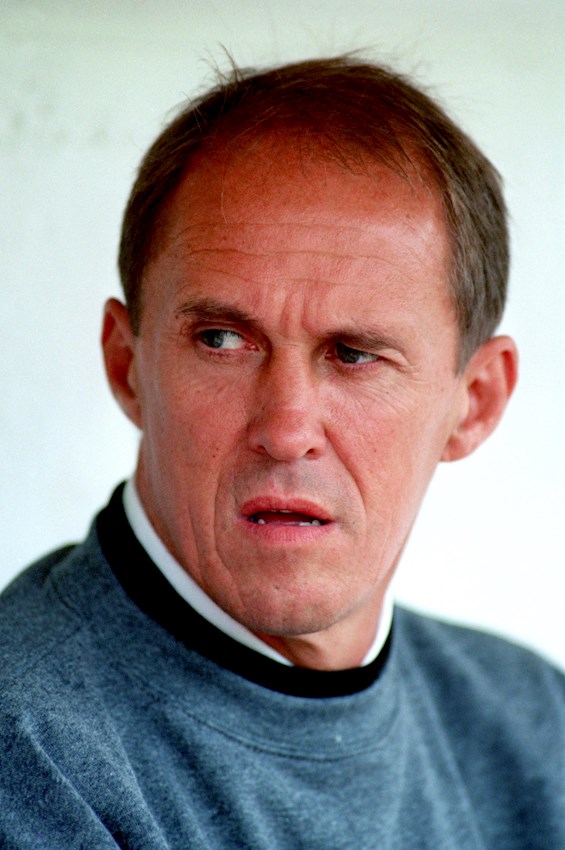 The Liverpool legend was taking on his second managerial opportunity having a six and a half-year stint as manager of Bolton already under his belt, as well as experience with England as Graham Taylor’s assistant. Fans were disillusioned as Neal took over. Fewer than 10,000 had attended the previous Premiership home game before he attended and under 500 more were added to that to see Neal’s first home game - a goalless draw with Sheffield United at Highfield Road, five days after being bundled out of the League Cup in his first match at Oldham where they lost 2-0. The game against The Blades brought protests in support of Gould, who had resigned in protest at the prospect of Peter Ndlovu being sold. Thankfully Ndlovu stayed and remained at Neal’s disposal.

Quinn hadn’t scored since his first day Highbury hat-trick but bounced back with a brace as the Liverpool fan delivered Neal a first victory over Everton. Backing that up with another solid goalless draw at Sheffield Wednesday, Coventry climbed to 10th. Three defeats in the next four games made Phil’s honeymoon period a short one but it was a happy Christmas as back to back away wins on Boxing Day and New Year’s Day at Wimbledon and Tottenham boosted optimism, with another point from a home draw with Swindon continuing a decent run. 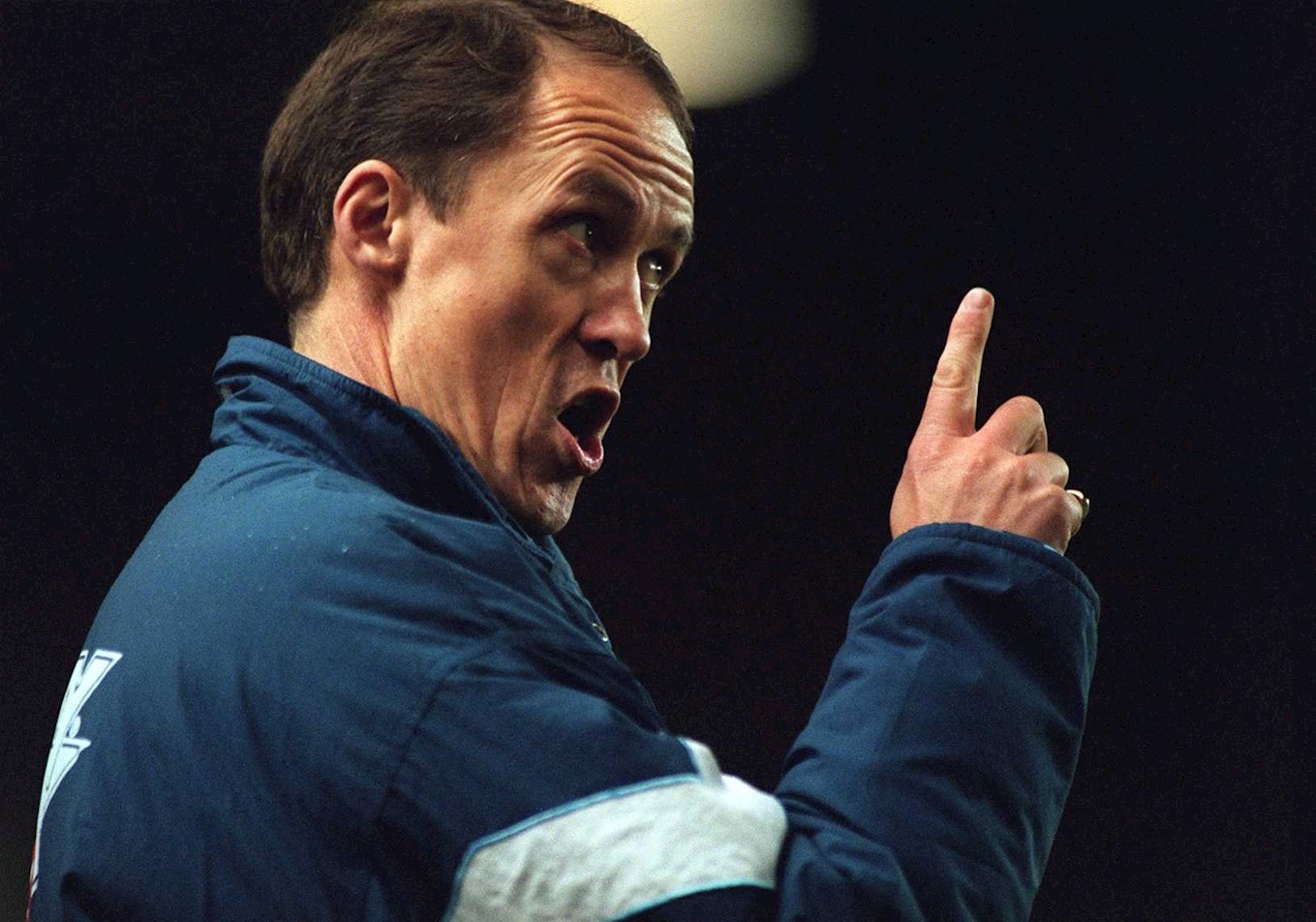 Shortly before Neal’s appointment, Wycombe had been beaten in the League Cup. Following the Wimbledon and Spurs wins, the FA Cup campaign was strangled at birth with a 2-0 elimination at Newcastle. Defeat on Tyneside also strangled the season. Seven of the next 10 games were lost although the Sky Blues remained in little danger of relegation, being well clear of the drop with nine games to play.  Freed from pressure once the bad run was brought to a close, City ended the season strongly, a seven game unbeaten sequence ending with a draw at champions Manchester United as Neal nudged City to a perfectly respectable 11th place, in what was still a 22 team league.

Dion Dublin was in the United side for that last day fixture and by early the following season Neal made Dublin his major purchase. The £2m fee proved to be a sound investment as Dion went on to excel at City and eventually break into the England team, although Phil didn’t remain in charge long enough to accrue the full benefits of his star signing.

Coventry certainly needed Dublin. Before his arrival only one goal had been scored in the opening four games, while 10 had been conceded with just one point taken. The money to purchase Dublin came from the sale just over a week earlier of Player of the Season Phil Babb to Liverpool. Neal had also moved on Peter Atherton, John Gayle and Mick Harford, while other arrivals included current Wigan manager Paul Cook and Steven Pressley, who would go on to become a Sky Blue supremo himself. 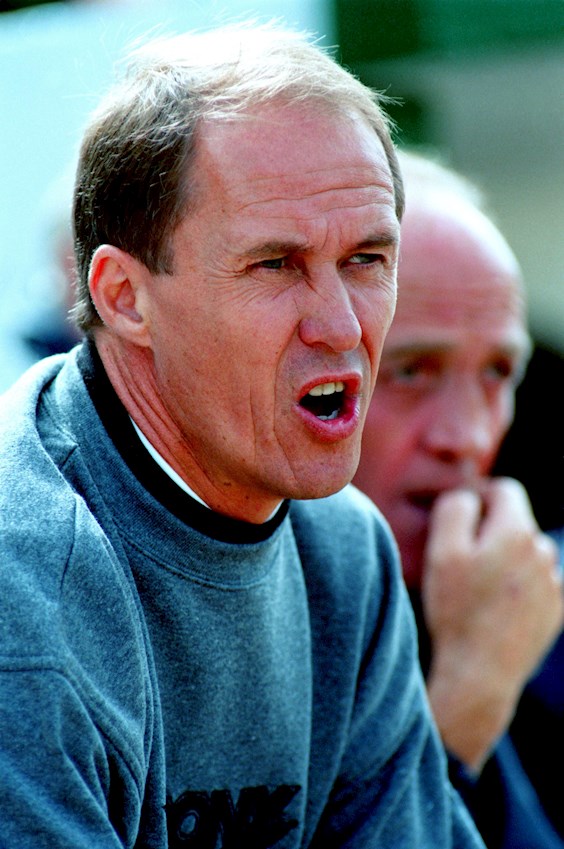 Dublin made an immediate impact, scoring in his first four Premier League games. In the first ten Premier League games played after Dion’s arrival he scored in eight of them, helping City climb from 21st to 15th. Unfortunately for the man who signed him a promising autumn turned into a dark winter, one he didn’t survive.

In contrast to his first Christmas, Neal’s second one brought festive-free goalless draws either side of the big day, followed by a 5-1 thumping at Sheffield Wednesday and a 4-0 home drubbing at the hands of Spurs on New Year’s Eve. Peter Ndlovu’s penalty in the thrashing at Hillsborough proved to be City’s only goal in an eight game run in the Premier League. Although there was an FA Cup replay win at West Brom, Coventry would fail to win any of 11 Premier League matches from the start of December.

If Phil feared for his job those worries presumably receded shortly before the axe fell anyway. Goals started to return as 2-2 draws at Norwich and at home to Chelsea preceded a 2-0 win at Palace where Dublin scored what proved to be the final goal of the Phil Neal era. That win came three days after a return to Carrow Road where extra-time brought FA Cup elimination. Nonetheless over 90 minutes Coventry hadn’t lost in five outings as Neal was sacked on Valentines’ Day 1995, with City sixth from the foot of the table.

A day later Big Ron Atkinson was appointed and brought about three wins and three draws in his first six games, the last of those a stunning Ndlovu inspired victory at Anfield. 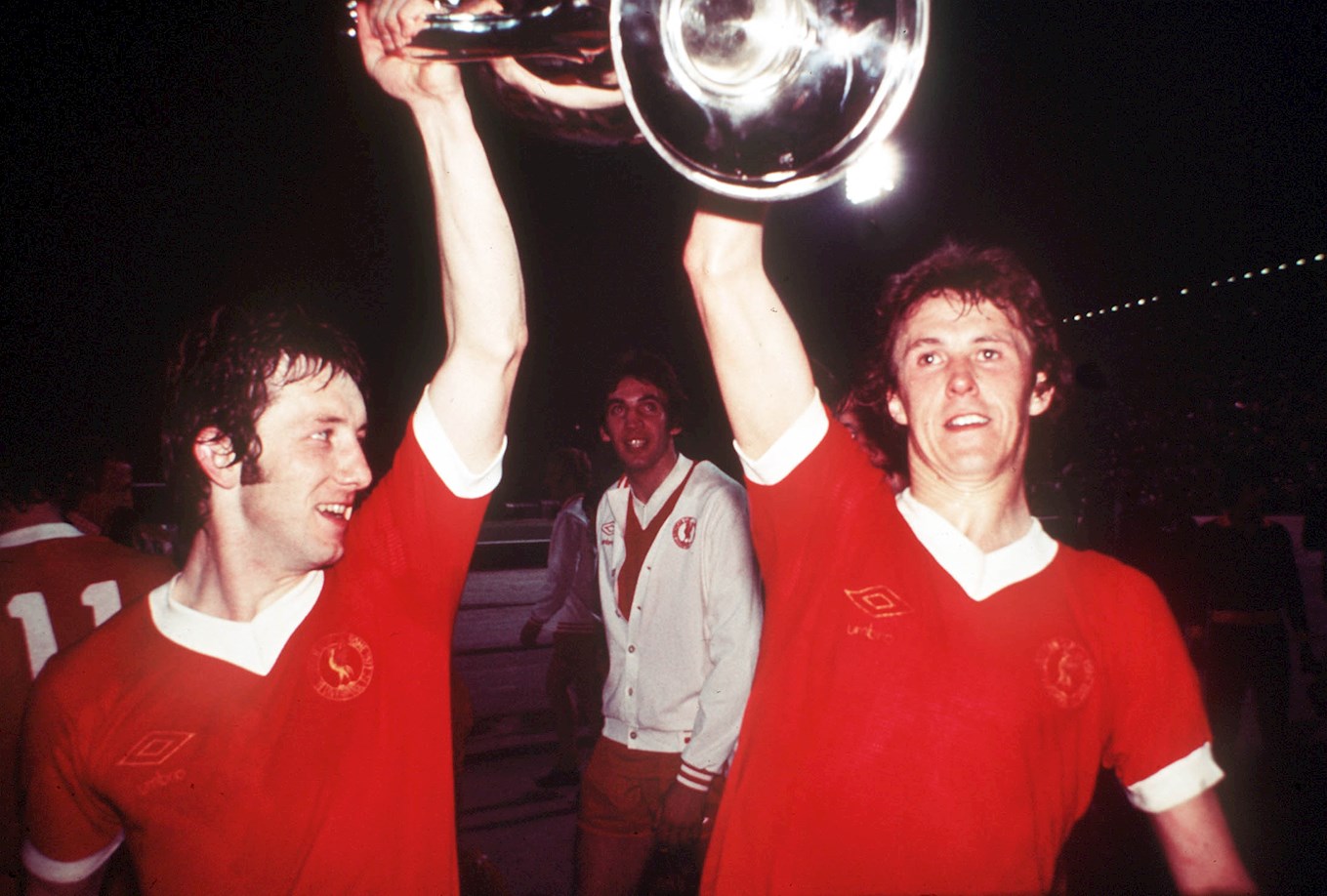 It was with Liverpool where Neal had enjoyed his greatest days. Renowned as a goal-scoring full-back, in an era where full-backs weren’t so as attack minded as they have to be in the modern game, Phil was an integral part of the greatest of Liverpool teams. In his time there, The Reds won the European Cup four times and the league title on seven occasions, as well as a host of other silverware including the UEFA Cup and UEFA Super Cup. In total he played 650 times for the club, scoring 59 times. 365 of those games were consecutive league appearances between December 1974 and September 1983, a phenomenal achievement.

Born in Irchester in Northamptonshire, Neal had started playing with Irchester FC and Wellingborough Town prior to becoming an apprentice with Northampton Town in July 1967. 28 goals in 187 league games for The Cobblers persuaded Bob Paisley to pay £66,000 in making Phil his first signing for Liverpool in 1974.

Just under 18 months after arriving at Anfield, Neal debuted for England. He would end up with five goals in 50 appearances, a one in 10 goal-scoring ratio similar to his Liverpool career, two of his international goals being penalties. 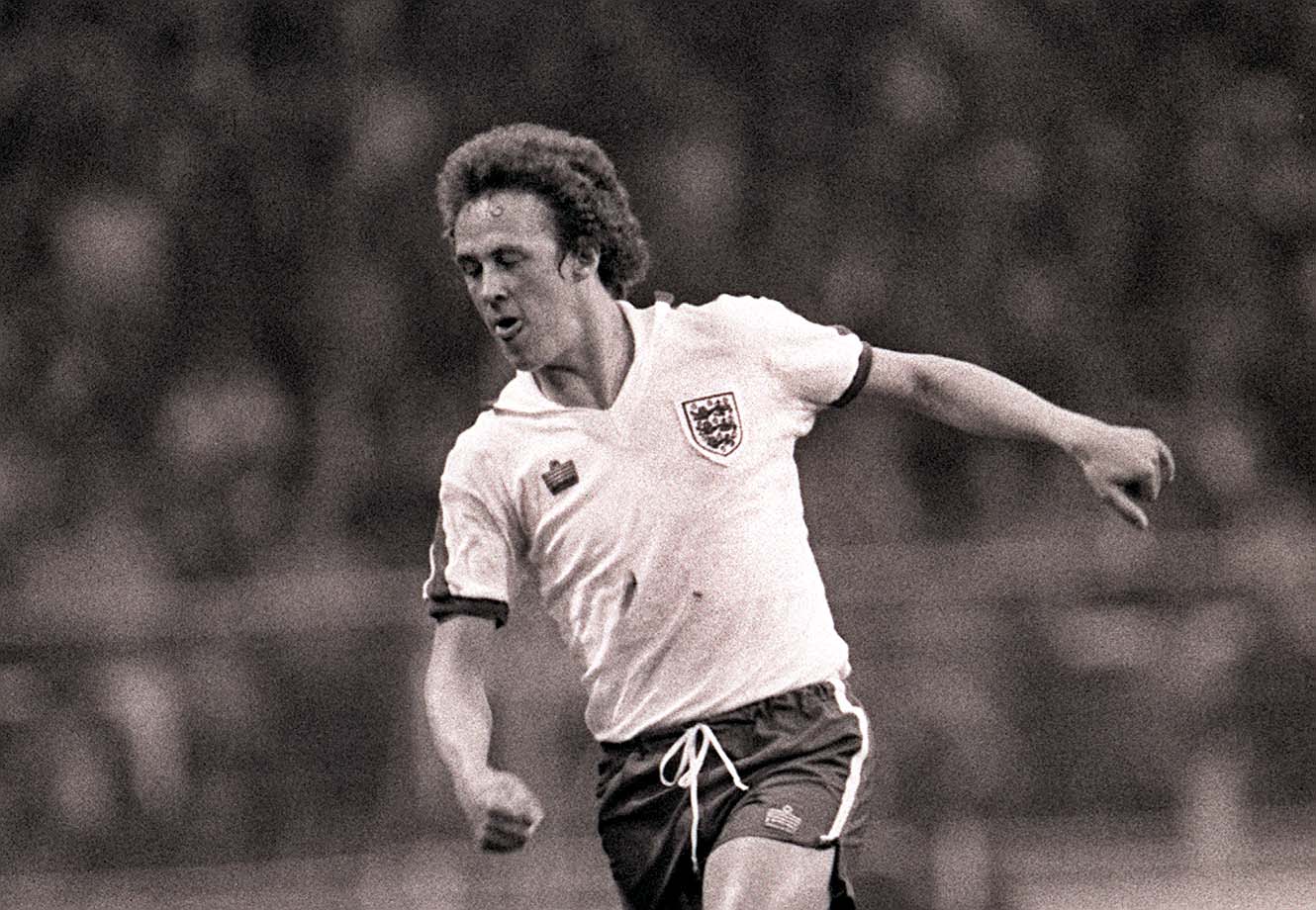 A phenomenally glorious career on Merseyside came to an end in December 1985 when he accepted an offer to become player/manager of third division Bolton Wanderers a week before Christmas, taking over from caretaker boss, the legendary Nat Lofthouse. Neal would stay at Bolton for seven seasons, playing in the first four of those, albeit only appearing eight times in each of his last two seasons as a player. 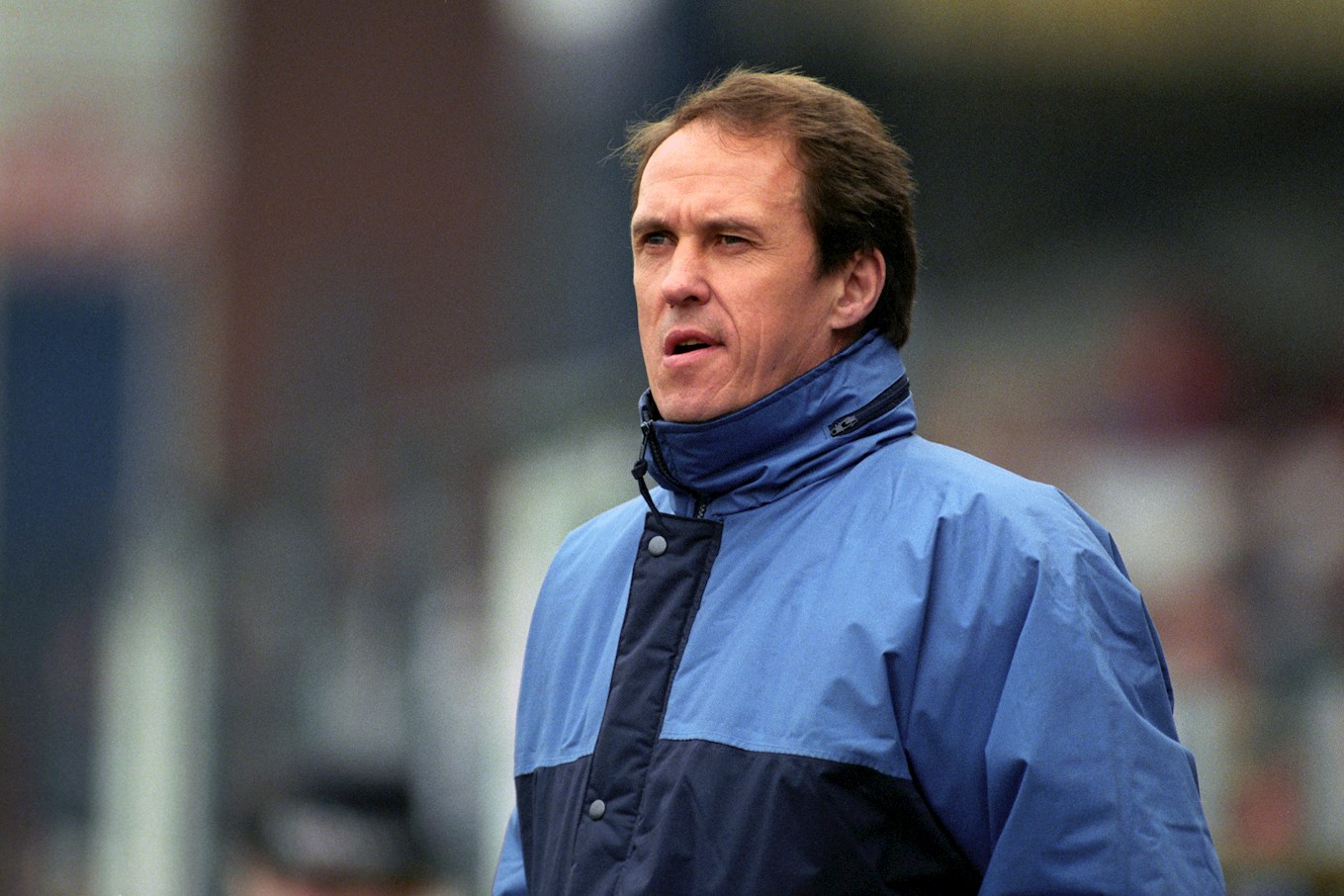 Former Coventry forward David Cross scored both goals as Bolton beat Doncaster in Neal’s first match in management. Wanderers went on to finish 18th in Phil’s first season but there was a run to Wembley in the final of the Freight Rover (Now Checkatrade) Trophy where they were beaten by Bristol City.

Early in his first full season in charge at Bolton’s old Burnden Park, Neal caused something of a stir with the publication of the first of what became two volumes of autobiography, ‘Life at the Kop’. In it he alleged he had been ‘stabbed in the back’ at Liverpool and that he had inherited a shambles at Bolton.  It certainly was a shambles under Neal as Bolton in that first full season, as The Trotters were relegated to the fourth tier for the first time in their rich history. In the first year of the Play-offs, Bolton failed to beat Aldershot over two legs and went down. The same season also brought Neal’s Bolton to Coventry where the Sky Blues handed out a 3-0 defeat in the FA Cup third round.

Appointing former Oxford manager and Manchester United assistant Mick Brown as his assistant, Neal brought Bolton straight back up. Promotion was clinched at Wrexham, the same venue where Phil had made his England debut. Further success followed the next year too as the Freight Rover Trophy was won, Torquay being beaten as part of a 20-game unbeaten run that also saw Bolton finish 10th.

As the eighties moved into the nineties the upward curve continued, sixth place bringing a Play-off place. They lost out to Notts County after showing they could hold their own against higher division opposition by taking Swindon to a four game FA Cup marathon.

Further Play-off agony came at the hands of Tranmere in the final a year later after Neal’s side missed out on automatic promotion on goal difference. A draw at Bury commenced a club record 23 league games without defeat that took the team from one off the bottom of the table to the thick of the promotion race. During that run Bolton went toe to toe with Manchester United in the FA Cup at Old Trafford, only losing 1-0. The League Cup challenge had ended at the hands of Coventry four days before the long unbeaten run got going.

The following season of 1991-92 proved to be Neal’s last, a drop to mid-table seeing him leave the club within a week of the last match of the campaign. He had been the ninth longest serving manager in the country. Under Bruce Rioch, Bolton won automatic promotion the following season.

Six months after leaving Bolton Neal came to Coventry. Ironically for a man steeped in the England international set up as a player and coach it was a club in Wales who gave Phil his next management job. As Neal became a Bluebird in February 1996, Cardiff were in what is now League Two.  By the end of the season they were fortunate to still be at that level after finishing third bottom.

A season later Cardiff qualified for the Play-offs but Neal was long since gone. He had left to become assistant to Steve Coppell at Manchester City in October 1996. Within three weeks he found himself in caretaker charge of just relegated City following Coppell’s resignation. Starting with a home defeat to Oxford United, Neal lost seven of his 10 games in charge before City appointed Frank Clark on 29 December. It was a season in which his old club Bolton won the division and with it a return to the Premier League.

Next stop for Neal was Peterborough United as assistant to Barry Fry, who doubled as chairman and manager, but three quarters of the way through his only season at London Road Phil came out of the frying pan for the last time and stayed out of the fire.

Largely Phil Neal’s management career was one of ‘nearlys’ and ‘what might have beens’ but as a player, in addition to half a century of England caps, he remains the most decorated Englishman in the history of the game and the most decorated Liverpool player ever with an astonishing 22 pieces of silverware to his name. 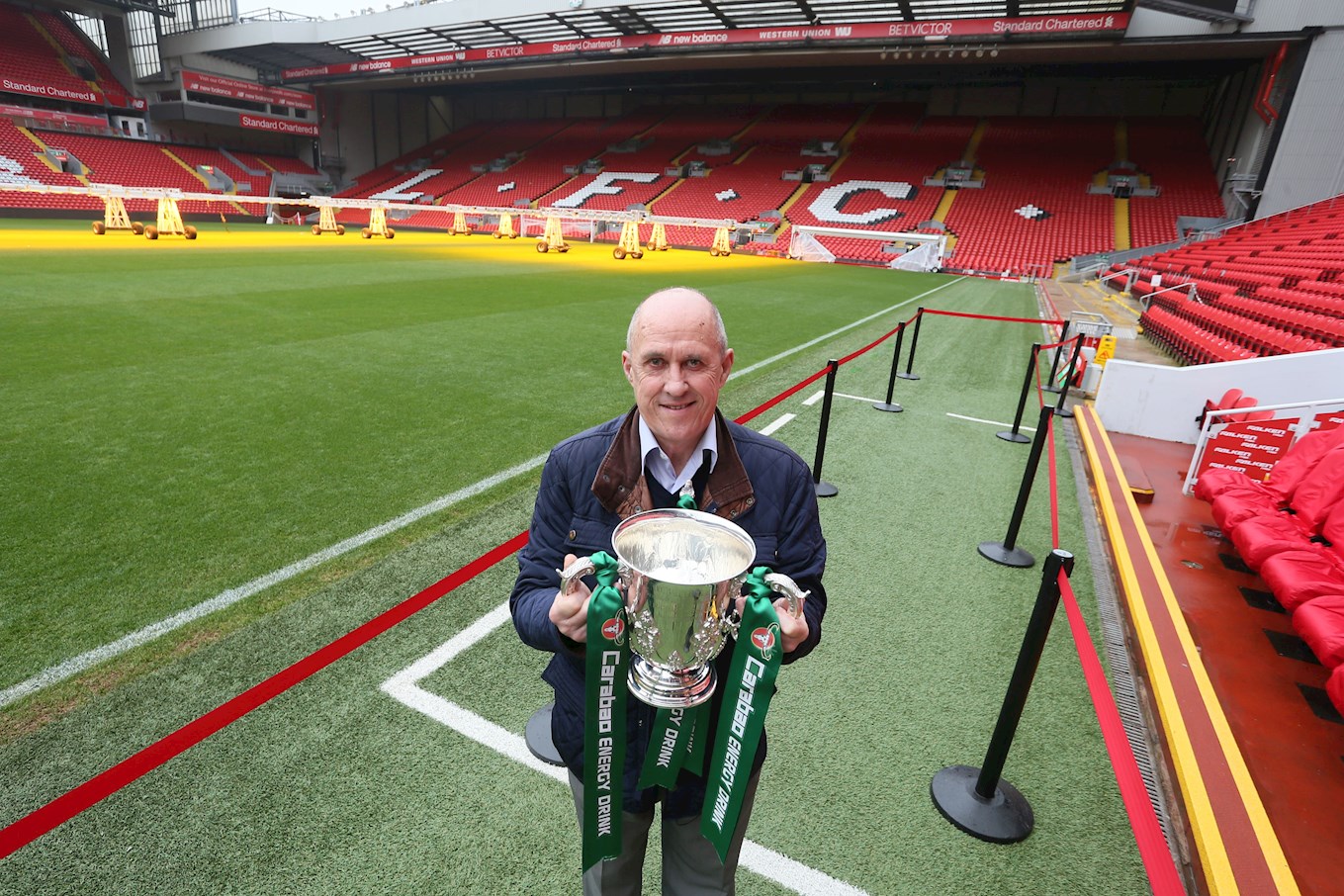