Coventry City goalkeeping coach Steve Ogrizovic is to retire at the end of the 2018/19 season.

The 61-year-old Sky Blues legend has decided to retire after 35 years of service to the Club – 16 as a player, and a further 19 on the backroom staff.

In an illustrious goalkeeping career, he played 601 times for the Sky Blues, becoming the Club’s record appearance maker, and was a vital part of the 1987 FA Cup win and City’s time in the top flight of English football.

Ogrizovic said: “After 35 seasons with Coventry and 43 years in football, I think now is the right time to announce my retirement from full time football at the end of the season.

“I have had the most fantastic time here, and would like to thank the Football Club, Mark, all the staff, colleagues and players past and present, and particularly our magnificent fans and supporters who have made my time memorable here.

“It’s been a privilege to be part of something that means so much to so many.

“I’m sure I’ll miss the day-to-day involvement, but I’m really looking forward to spending more time with my family. 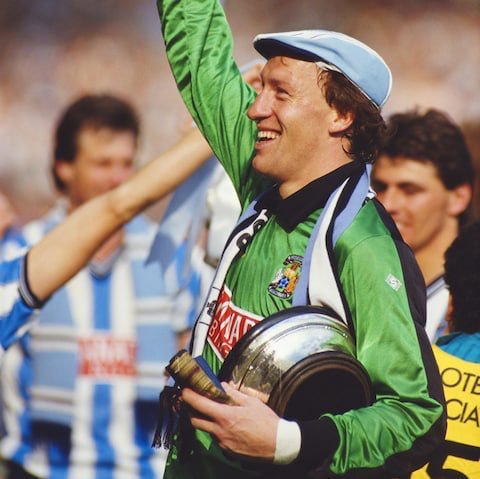 Born in Mansfield, 6 foot 5 Oggy joined in 1984 from Shrewsbury Town for £72,500, having had earlier spells at Chesterfield and Liverpool. He would go on to make a record 601 appearances for the Sky Blues, surpassing George Curtis’ record with a figure unlikely to be beaten, and scored once directly from a goal kick.

He would retire from playing duties in 2000, having had an illustrious 16 year playing career with Coventry City.

He was an integral and ever present member of the 1987 FA Cup winning side, and a reliable shot-stopper in numerous Premier League campaigns – including last day heroics at White Hart Lane in 1997, where he put in a man-of-the-match performance.

Oggy was arguably one of the best goalkeepers to have never received an England call-up, but he did represent the Football League in a game against the Rest of the World in 1987, coming on after 60 minutes and keeping a clean sheet against the likes of Maradona and Platini.

He is also one of four players to have played top-flight football in four different decades along with Peter Shilton, John Lukic and Sir Stanley Matthews, and holds the club record of 209 consecutive League appearances for a Coventry City player, from August 1984 to September 1989.

Steve was also awarded the Professional Footballer’s Association Merit Award in 1998, and won the Coventry City Player of the Year award in 1987. 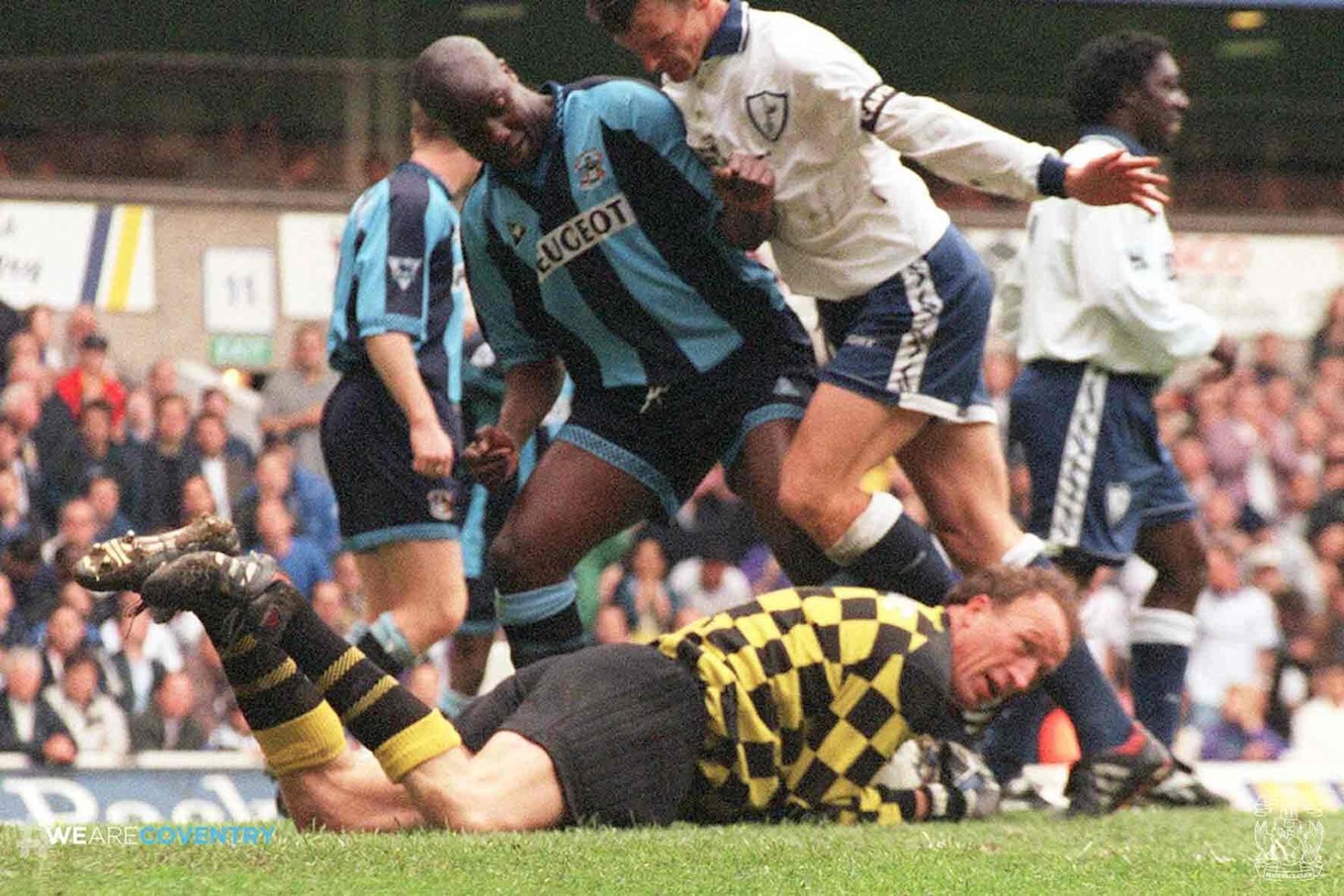 After retiring in 2000 at the age of 42 on 6th May 2000, a final appearance which means he is still the 3rd eldest player in the Premier League ever, Oggy would go on to spend almost 20 years on the backroom staff at the Sky Blues.

Various roles including Academy Manager, Reserve Team Manager and Caretaker Manager were all graced by Ogrizovic, before he became Goalkeeping Coach in 2008. Mark Robins asked Oggy to lead the Sky Blues out at the Checkatrade Trophy win alongside him in 2017 and he was part of the coaching staff in the League 2 promotion season of 2017/18.

Manager Mark Robins said: “Steve has made a huge contribution to Coventry City Football Club and football as a whole.

“The word legend is banded about often, but with Oggy it really is justified.

“He is a truly great man, an icon, not only in Coventry, but around the world.

“From the 1987 FA Cup win, to his role in Premier League survival and then work with young players and the goalkeepers, his role in the Club has been massive.

“He is loyal and diligent in his work, a true Coventry City legend.

“We all wish Oggy the very best a long and happy retirement, and I look forward to seeing him when he feels like popping in to see us at Ryton.”

“Oggy has been a huge influence on and off the field at Coventry City for 35 years now, and will be missed by everyone – players, staff and supporters.

“We will be paying full tribute to Oggy at our final home game of the season, which is appropriately against Shrewsbury Town.”

“On behalf of the Club, I would like to thank Steve for the massive contribution that he has made to the Sky Blues and wish him well in retirement." 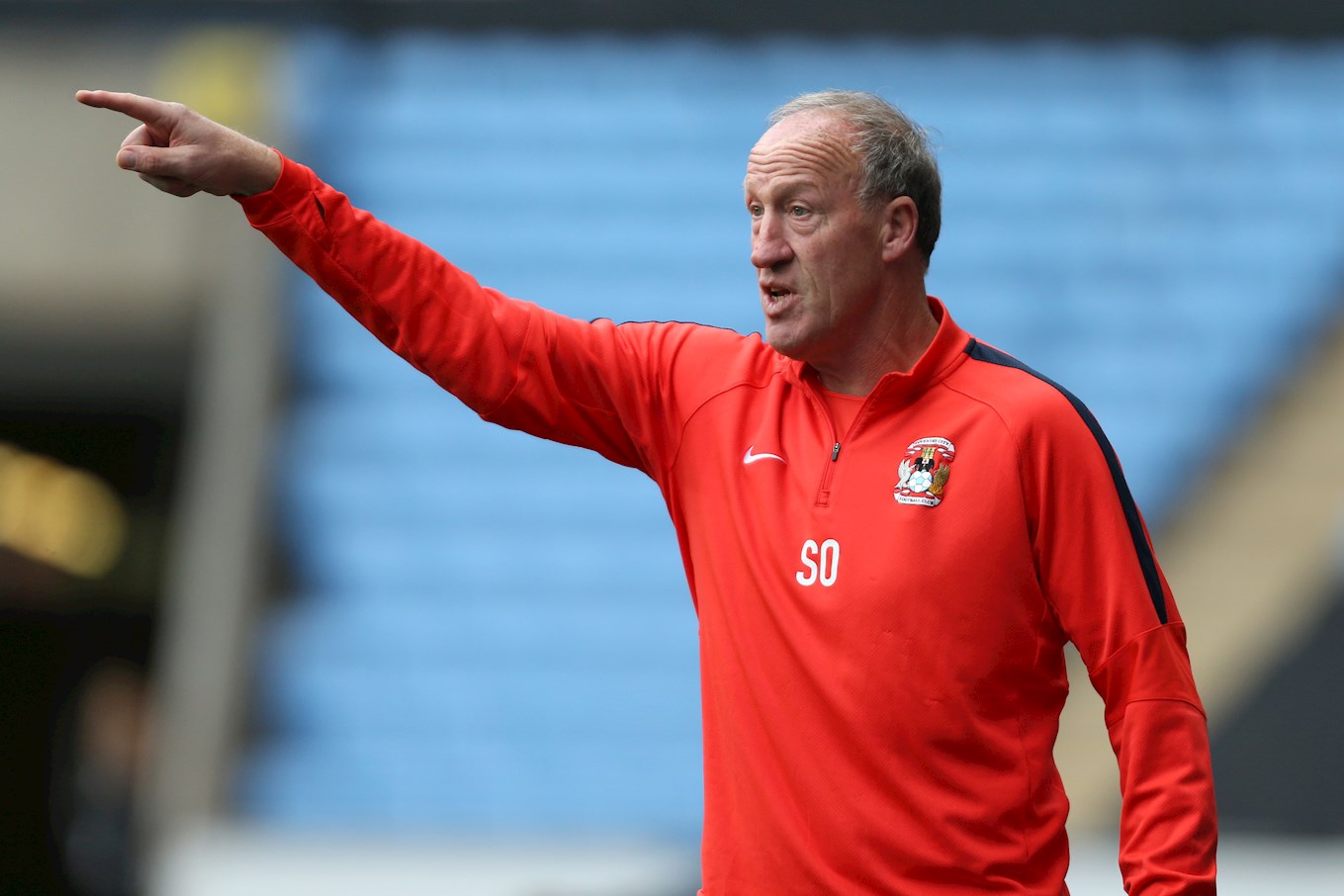