The first ever Community Awards winners were revealed last week!

Sky Blues in the Community held their first Awards event before our home game against Oxford United.

The event was organised to recognise those who make a difference within the community and showcase Sky Blues in the Community's incredible projects to the people who help make them all possible.

Now, Sky Blues in the Community talk through the winners and why they won their awards...

Volunteer of the Year – Ron Bannister

We first met Ron when he enrolled onto our Accelerate Project where he achieved a Level 1 Sports Leadership Qualification and gained the skills and confidence he needed to apply for a voluntary role for us. Since then, Ron has gone from strength to strength and has completely transformed many of our projects through his passion and dedication. He’s a credit to himself and our charity – it’s because of people like Ron that we are able to make a difference to the lives of people across Coventry & Warwickshire.

We first met Rory when he enrolled onto our SBitC Accelerate Project. Not only was Rory unemployed but he also found himself homeless at this point in time. Rory’s passion for football shone through straight away and, regardless of his personal situation, was soon offering his voluntary services to SBitC on a number of different projects. Due to his attitude to work, he is now a paid casual member of staff working in both school and community settings.

For him to turn his life around and get himself to where he is now, he really is an example of what can be achieved with hard work and dedication. He is now an excellent role model for young football players as well as young adults who are looking what to do with their life. Well done Rory.

Zahra has been a participant in the Premier League Primary Stars (PLPS) programme this term. Her journey over the course of the programme has been recognised by the delivery staff with outstanding progress in both performance and confidence within PE. Zahra described the programme as “really fun and she looked forward to PE every week”. A noticeable finding was that Zahra had improved in 100% of her fundamental skills tests – improving her balance, agility and coordination by week 12. Zahra won the Outstanding Performer award for always displaying the four key Premier League values of being ambitious, fair, connected and inspired.

Andy has been an integral and reliable member of the Adult Ability Counts Team since its start up in 2016, building a successful side as well as an inclusive atmosphere for all. His continued commitment to the team and support to SBITC has been invaluable, taking responsibility of organising the team to play in the Birmingham Ability Counts League, and now the Sandwell Inclusion League. Andy goes above and beyond to make sure all players have the best opportunity to play Football, be successful and feel as part of a team that represents CCFC.

Project of the Year – Turn2Us

Turn2Us offers those who are on free school meals the chance to maintain a healthy diet when their families may not be able to afford to feed the extra mouths. The project also includes activities and sports throughout the day. The Turn2Us project has witnessed over 400 children across the city sign up in 2018. With 31% of children in Coventry living in poverty, this project makes a big difference to families who struggle in the school holidays. The holidays should be something to look forward to, but sadly for some families that isn’t always the case.

Congratulations to you all. Our community is a better place with you in it!

For more about SBitC, visit the Community section of our website. 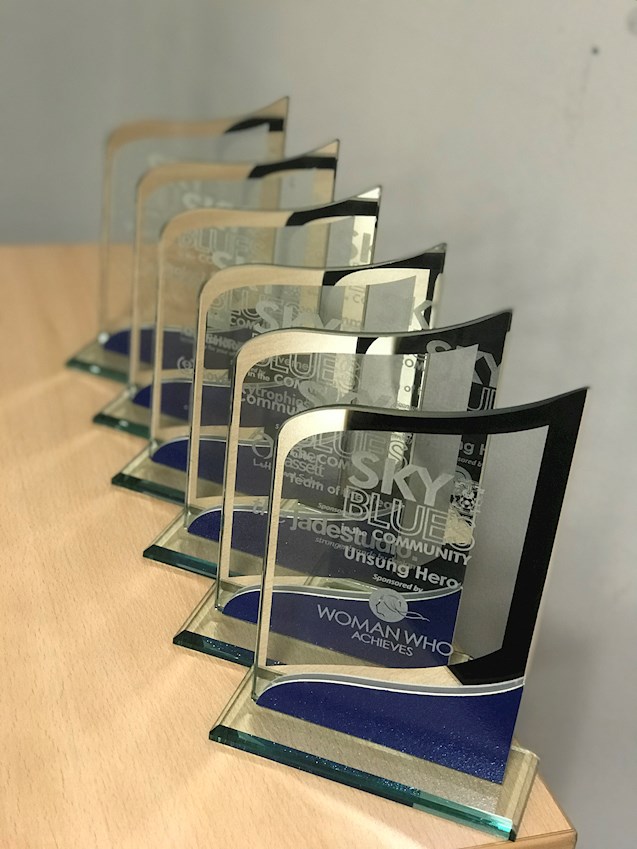