We take a look back at some of the memorable games between the Sky Blues and the Bantams over the years. 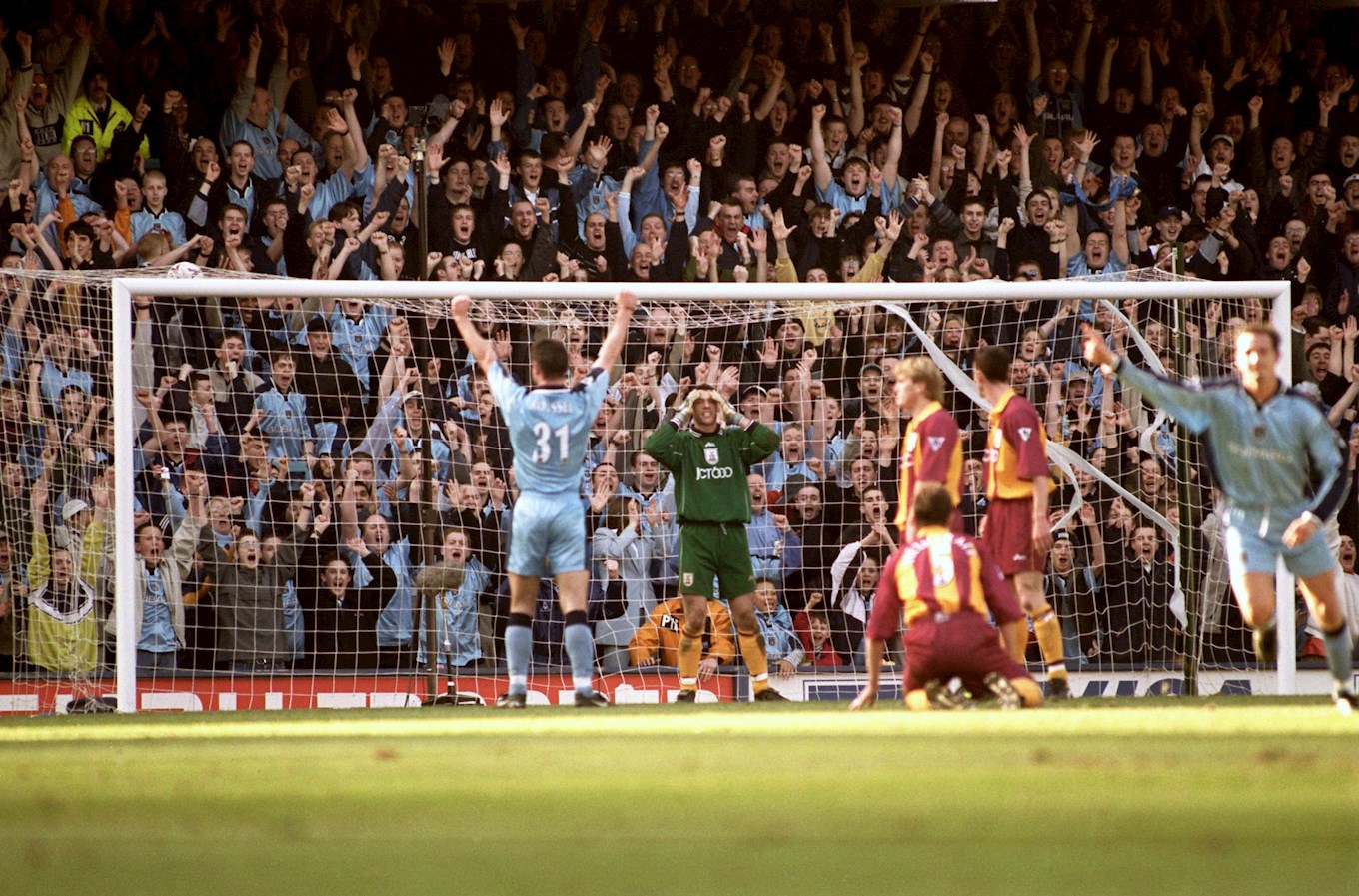 The Sky Blues headed into the game looking to ensure safety from relegation was all but secure and Bradford were looking to climb out of the bottom three.

City got off to a fast start and after John Eustace had played in Noel Whelan, his shot was parried into the path of Cedric Rousel who scored his ninth of the season.

24 minutes on the clock and Mustapha Hadji excellently kept the ball in play and found Whelan on the edge of the box and this time he drilled the ball in from outside the box to make it 2-0.

The game would have to wait until the 85th minute for the net to rustle again, but it was the Sky Blues who ensured all three points when John Eustace converted from the spot.

Seconds later, the man who won the penalty, Ysrael Zuniga scored a superb volley from inside the box to make it 4-0 at Highfield Road.

City would finish the season 14th in the Premier League and Bradford would survive on the final day of the season with victory over Liverpool. 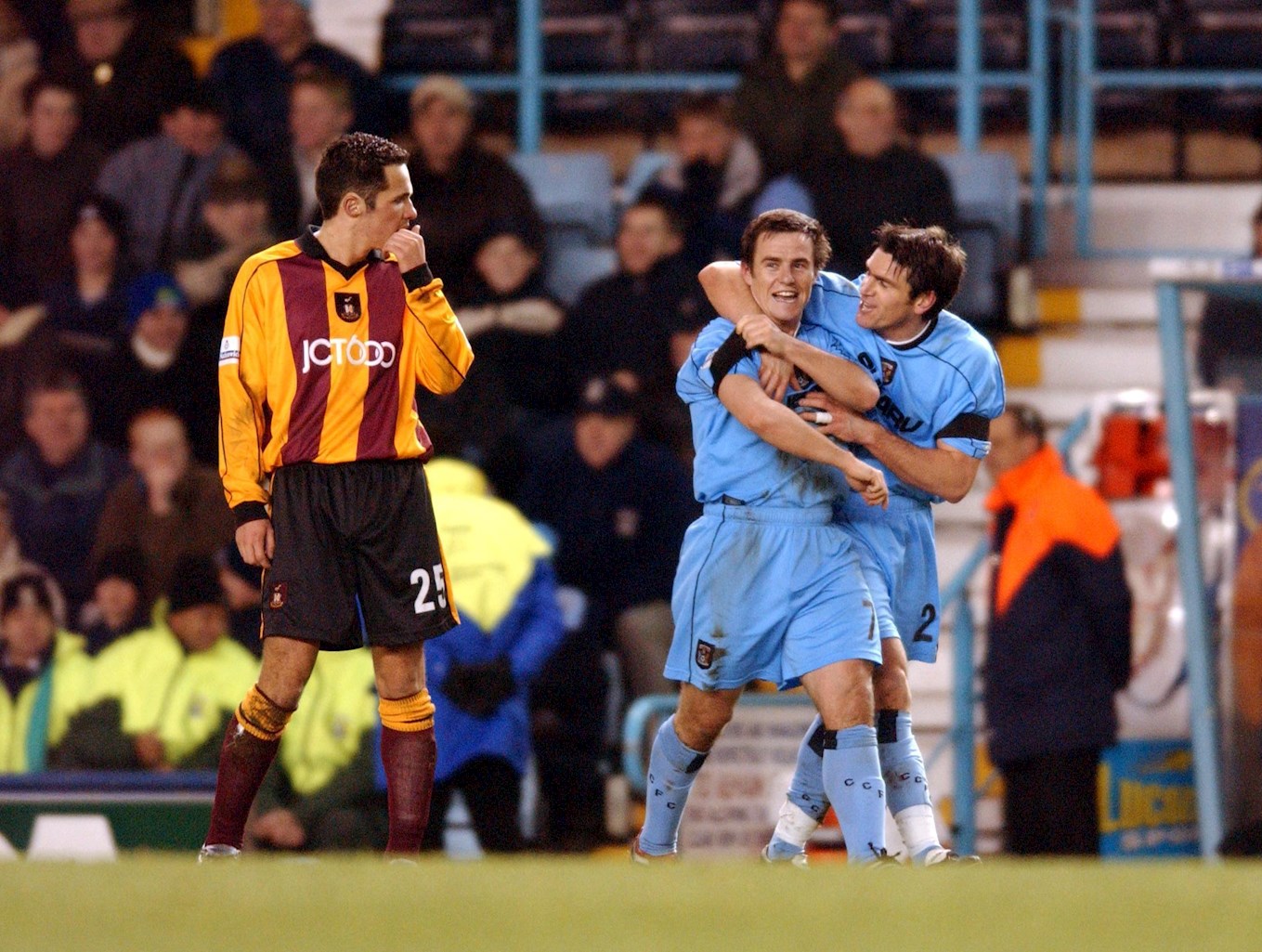 Both sides headed into the pre-Christmas Day fixture in need of three points, with Bradford with just one in five and the Sky Blues with two in their last eight.

Both sides started brightly and City almost found an opener through Lee Hughes, but were denied by a superb save and Bradford were left with their head in their hands when Robbie Blake missed from two-yards-out.

That would prove costly as just two minutes later, Hughes was on the end of a Youssef Safri through ball and this time he found the back of the net.

Things got worse seconds later as the lead was double when David Thompson hit a fantastic shot from distance and beat Davison in the Bradford goal.

Davison was replaced by Gary Walsh in goal at half-time and he picked up where his team mate left off; picking the ball out of the goal after Lee Hughes scored his second and City’s third.

The game was capped off with ten minutes to go as Julian Joachim came off the bench to score his first goal for Coventry City. 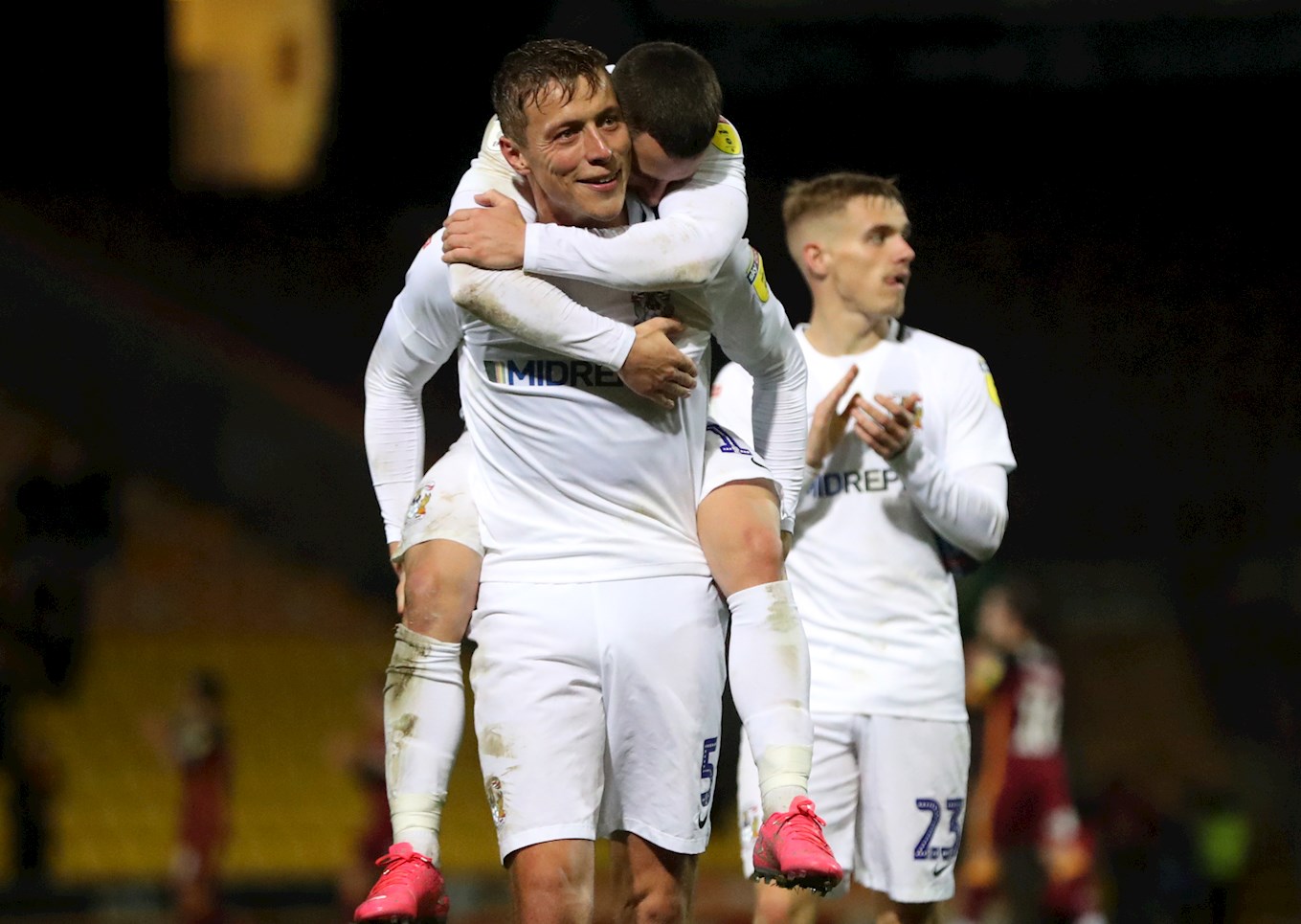 The Sky Blues travelled to Valley Parade on the back of three consecutive wins and they came up against the League’s bottom placed side.

City didn’t hold back in the opening stages and quickly found the games opening goal when Jonson Clarke-Harris was on the end of a corner from Michael Doyle.

Moments later, a goal of the season contender from Conor Chaplin saw the striker curl in a free-kick from 25-yards-out, leaving Richard O’Donnell helpless.

After the break, Bradford pulled one back through Anthony O’Connor, but the lead was doubled again when Jordy Hiwula raced through on goal and found the back of the net.

The game was all but put to bed five minutes later when Tom Bayliss scored his first goal of the season, although there was time for O’Connor to score another consolation.