Coventry City's game against Accrington Stanley will be our Remembrance Matchday, when we will mark the 100th anniversary of Armistice Day.

The match on 3rd November is the final home game ahead of Armistice Day and Remembrance Sunday, and we will be remembering and honouring our Armed Forces past and present at the match.

There will be a minute's silence ahead of kick-off, while the Sky Blues will wear shirts with the poppy on them. Armed Forces guests and Standard Bearers will be on the pitch pre-match too.

Collectors representing the Royal British Legion will be located around the Ricoh Arena, so please give generously.

There will be special programme and scoreboard content too, remembering and paying tribute to those Coventry City players who served their country in World War One.

Bespoke commemorative coins from the Royal British Legion will be used for the coin toss at Premier League, EFL and FA Cup matches to pay tribute and say thank you to all those involved in the First World War, with the coin being used for this Saturday's game against Accrington Stanley.

Coventry City will also be participating in the 'For Club and Country' project, run in partnership with the Woodland Trust and the National Football Museum, for which Premier League and EFL clubs across the country will plant trees at their stadiums and training grounds, serving as living legacies to the hundreds of footballers who served and fell in the First World War.

DONATE TO THE POPPY APPEAL NOW: 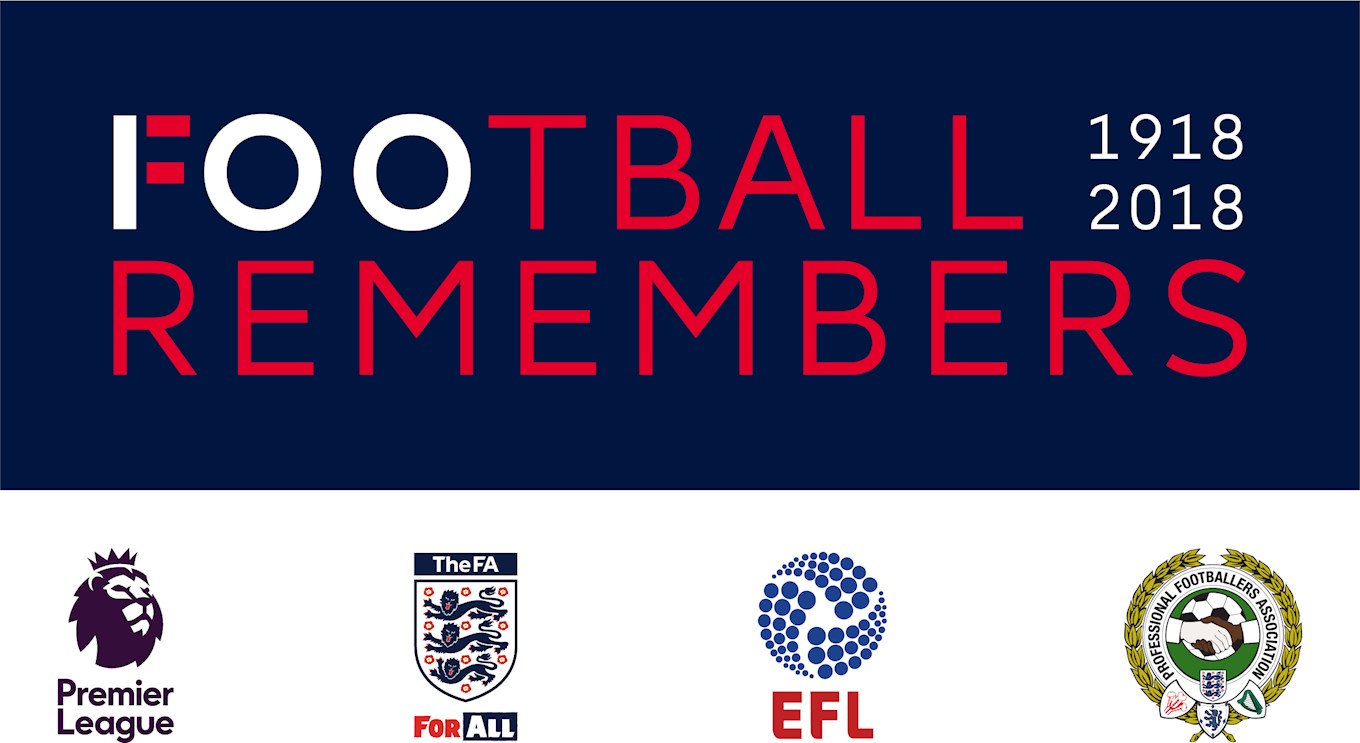 The Premier League, The FA, EFL and the PFA have all joined forces under the banner of 'Football Remembers' to mark the Armistice Centenary and Remembrance Weekend.

On November 11 1918, the Armistice was signed, signalling the end of World War One. One century on, England’s four football bodies will be part of the nationwide commemorations, with support from Premier League clubs, EFL clubs and the English national teams paying tribute through a variety of activities.

The minute's silence will also be commemorate the upcoming 78th anniversary of the Coventry Blitz on 14th November, and last Saturday's Leicester Helicopter Crash.