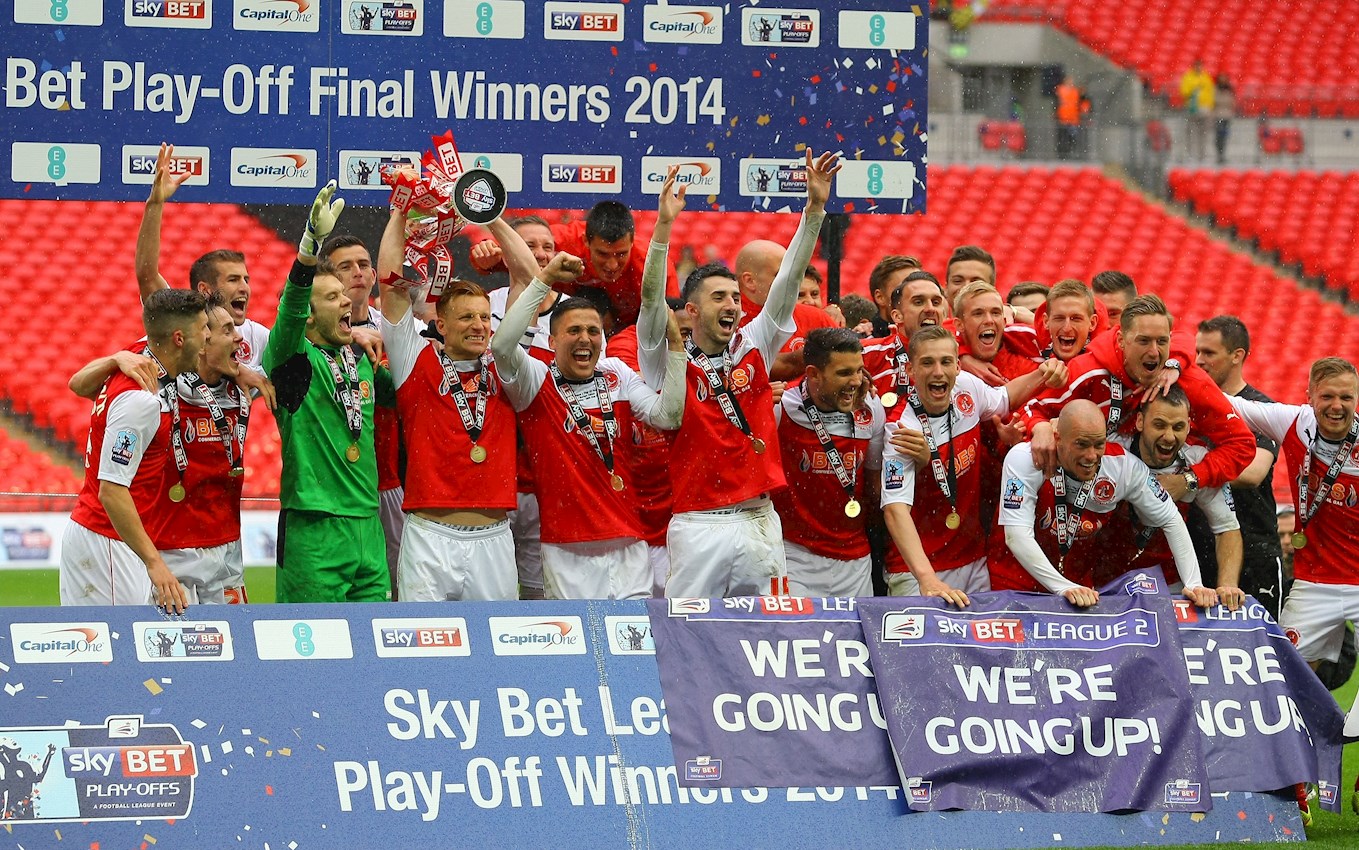 Having already enjoyed five promotions in the past nine years, Fleetwood had rose through the divisions during their rise to the Football League.

The Cod Army would reach their highest point to date, when they beat Burton Albion 1-0 in the League Two Play-Off final.

Having got past York City in the semi-final, Graham Alexander’s side secured another promotion at Wembley.

Antoni Sarcevic’s second-half goal earned Fleetwood promotion to League One for the first time in their history.

Sarcevics’s 30 yard free-kick wrong footed Dean Lyness in the Burton goal and was enough to secure the win. 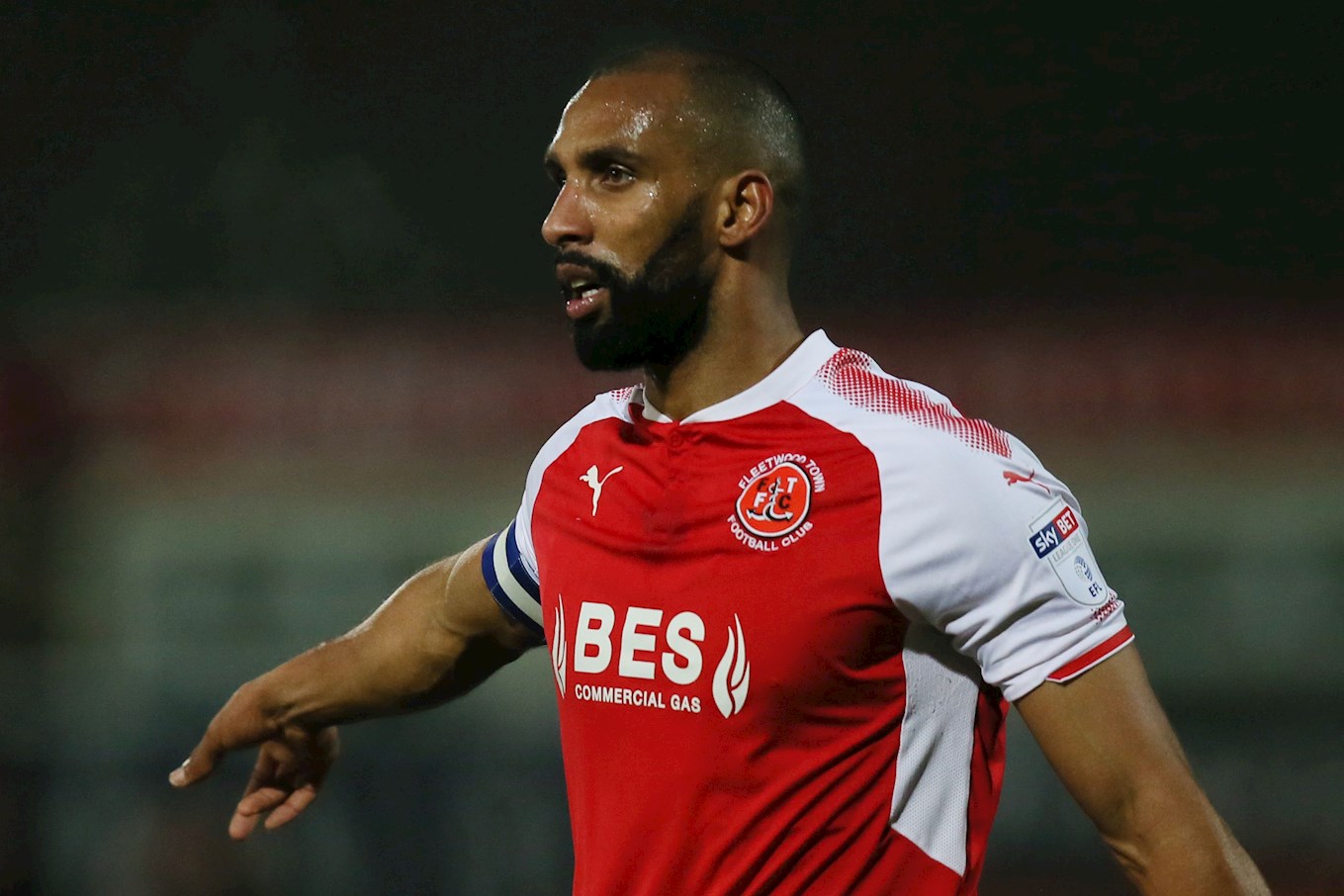 Nathan Pond joined the Cod Army back in 2003 from Lancaster City, with the club in the North West Counties League First Division.

The defender would go on to make 498 appearances for the club, currently the record appearance holder at Fleetwood.

That isn’t the only record Nathan has, as the defender is a Guinness World Record holder for playing for the same team in seven different divisions.

Nathan has enjoyed six promotions with Fleetwood, rising through the English football pyramid with the club.

The defender ended his 15 year stay this past summer, as he joined National League side Salford. 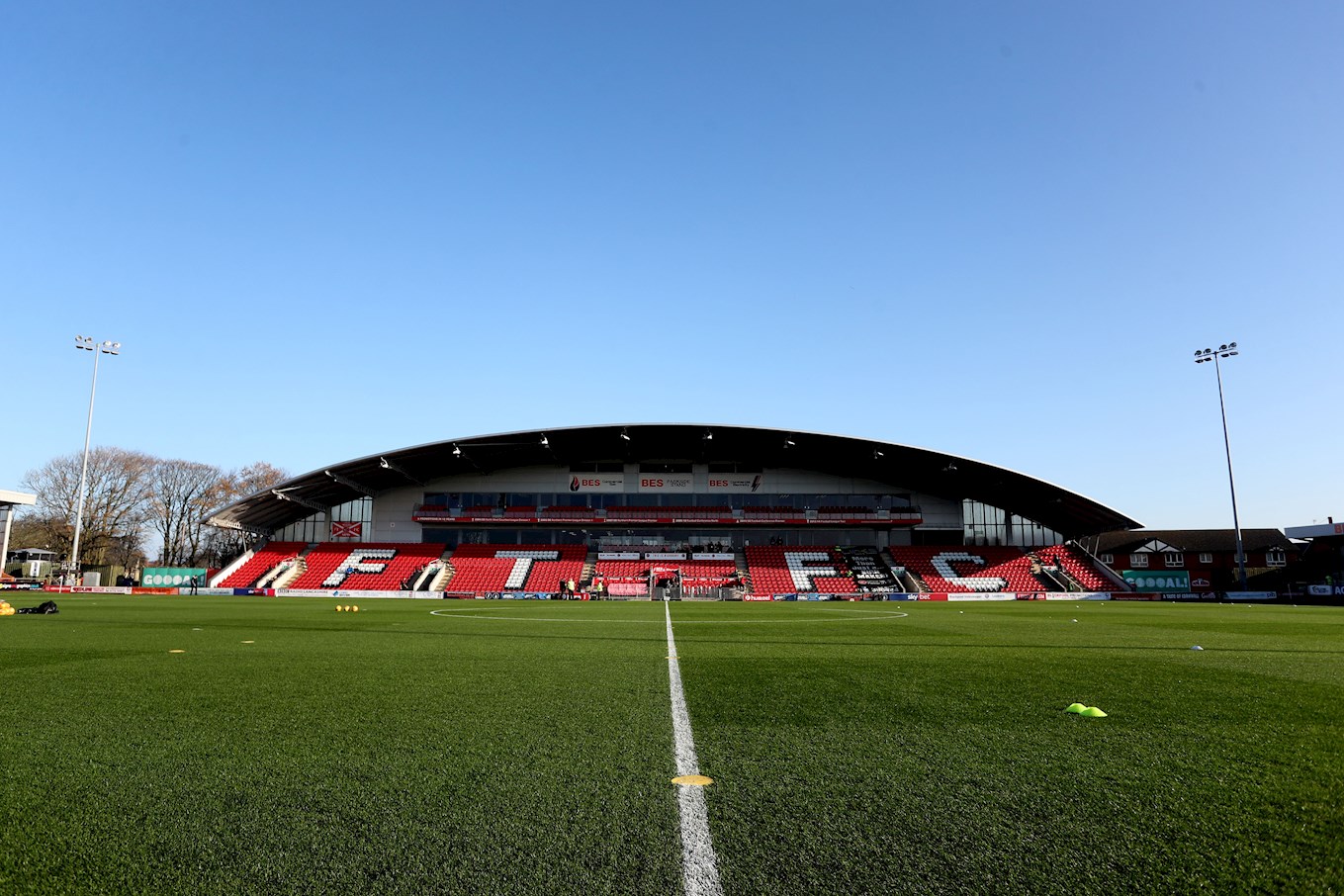 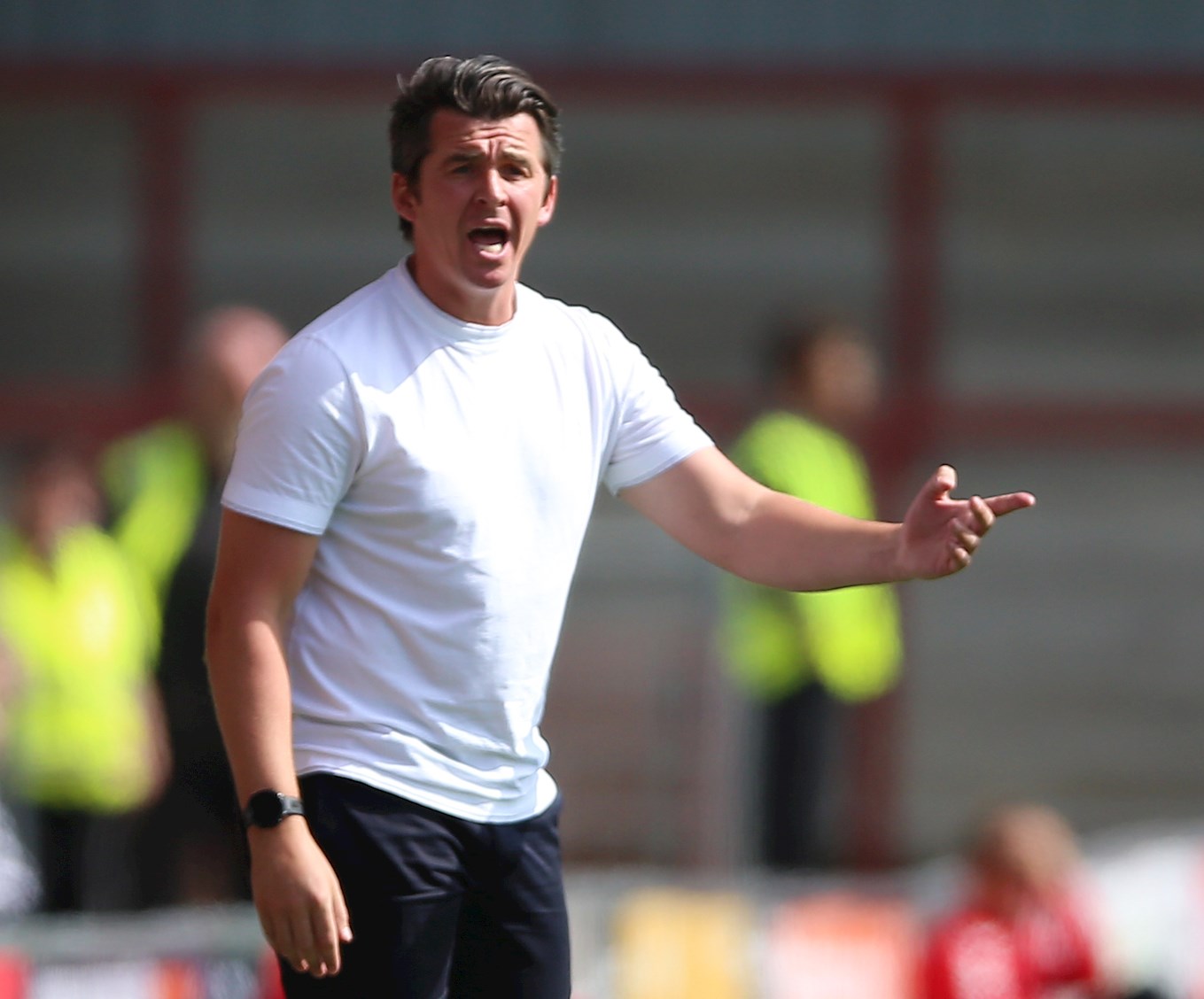 The former midfielder took over at the start of the season, hanging up his boots and entering football management.

After surviving relegation last season after a scare, Fleetwood are looking to get back to battling for promotion, like they had been doing just two years ago. 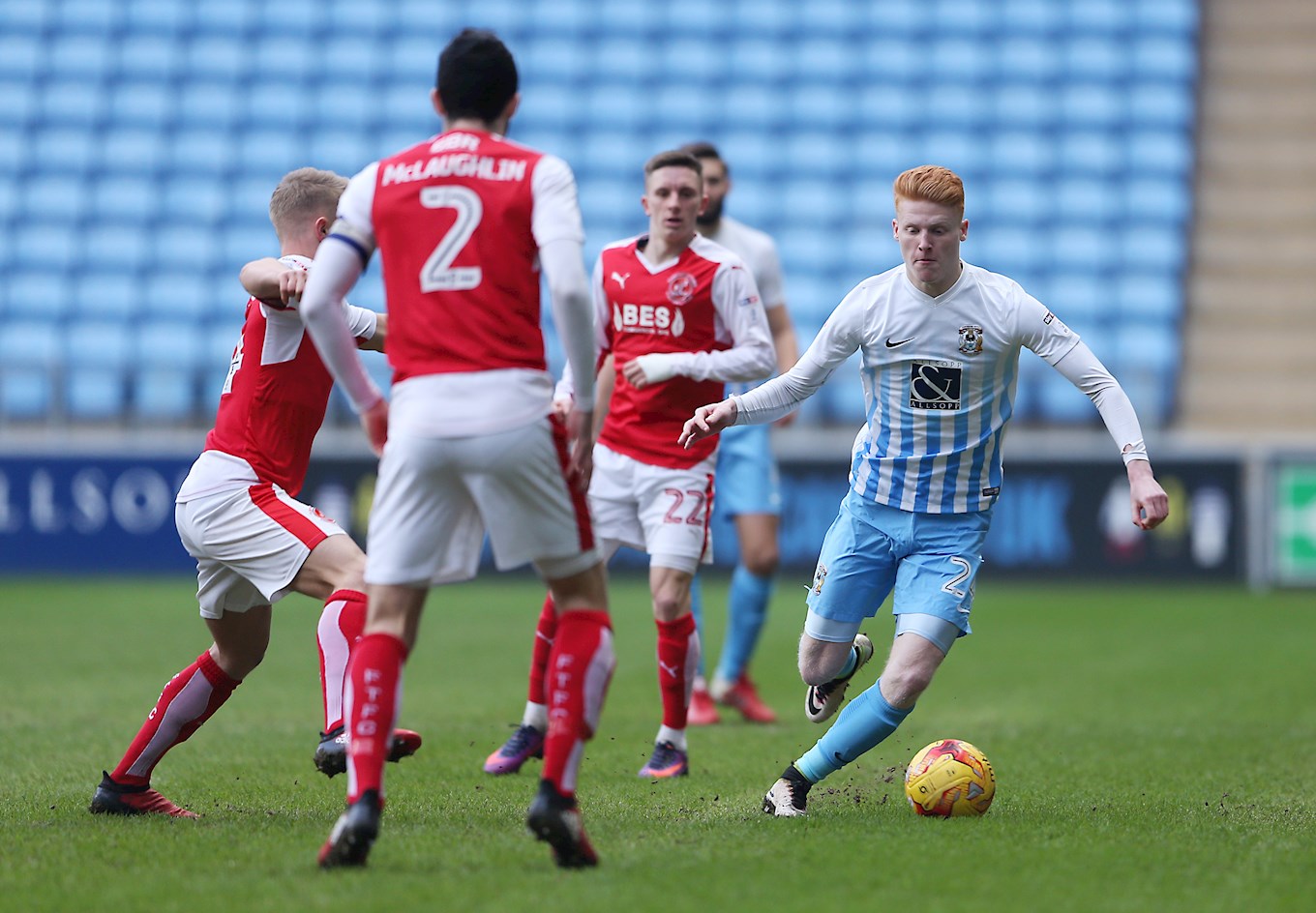 Fleetwood Town travelled down South to the Ricoh Arena back in 2017, with he Fishermen chasing promotion from League One.

City were struggling towards the bottom of the table and were dealt a blow when Cian Bolger scored in the last minute.

The Sky Blues had hit the post after Callum Reilly’s effort came back off the woodwork.

However, Uwe Rosler’s side were able to break the deadlock in injury time as Bolger struck late on.

The Sky Blues head into tonight’s encounter as the underdogs, with Sky Bet pricing Mark Robins side at 19/10.

Joey Barton’s Fleetwood Town are available at 6/4, whilst for neither side to come away with three points, the draw is at 11/5.

The last time City beat Fleetwood came in 2015, when the Sky Blues won 1-0 and the odds for a similar result are 7/1.