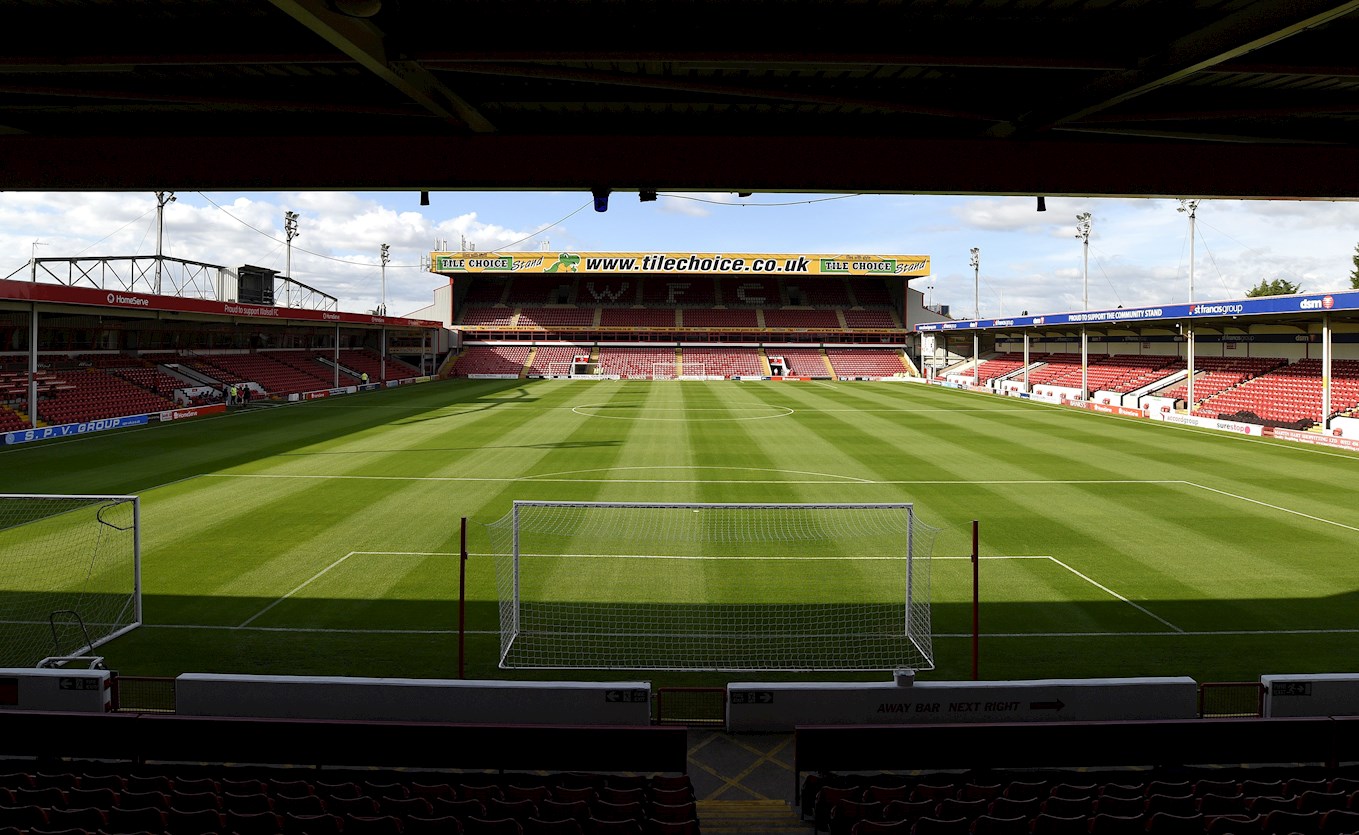 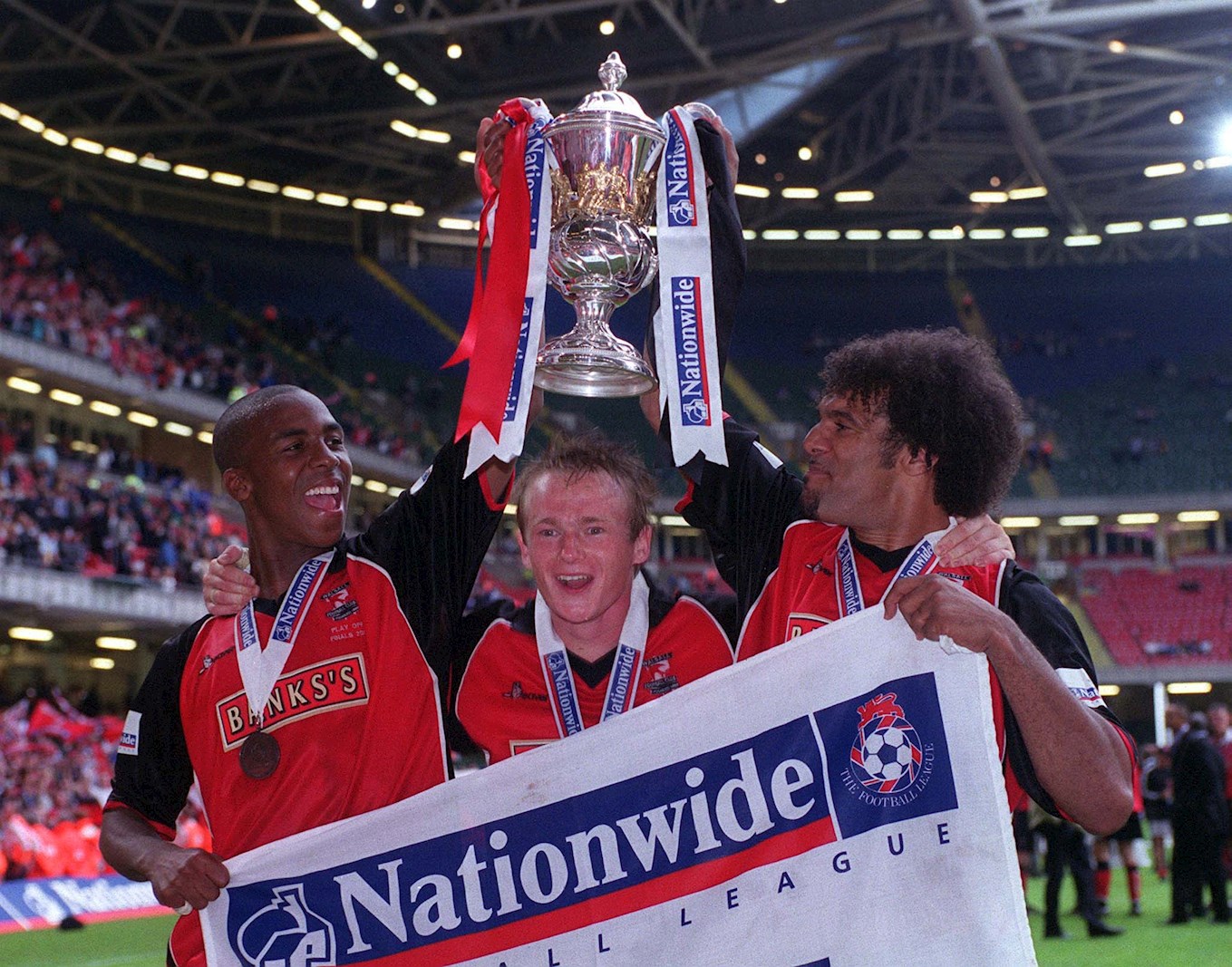 After being relegated from the First Division in the 1999-2000 season, Walsall were looking to bounce back straight away, which they were on track to do when reach the Second Division Play-Off final.

Reading were first to strike in the game when Jamie Cureton scored in the 31st minute, however, Walsall would reply with a goal just after half time from Don Goodman, keeping the score level at the end of 90 minutes.

Reading would re-take the lead after a blistering re-start, scoring one minute into added time from Martin Butler. However, sixteen minutes later they would give away their lead again when substitute Tony Rougier would put in his own net in the 107th minute.

Two minutes later the Saddlers would take the lead for the first time in the game when substitute Darren Byfield found the net with eleven minutes to play.

Walsall would go on to hold the game out, beating Reading 3-2 to earn promotion back to Division One. 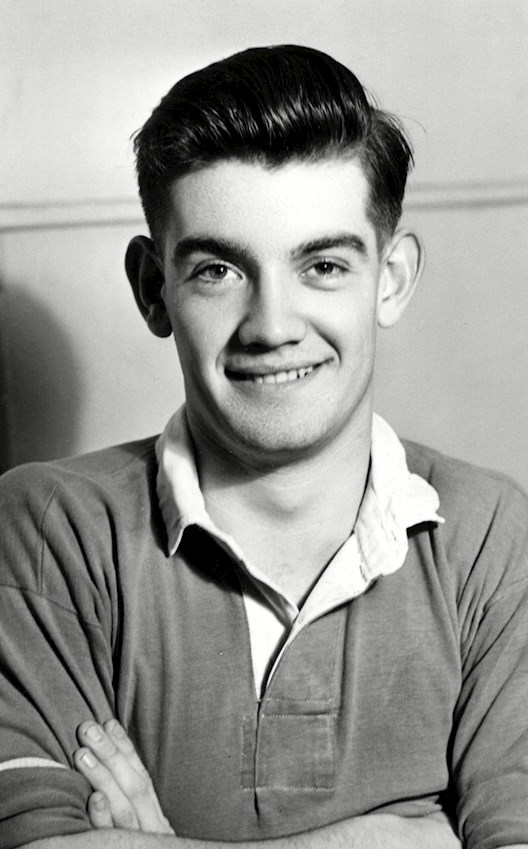 The Birmingham born striker joined Walsall in 1954 at the age of 20 and after enduring a slow start to his Walsall career, in 1957 Richard started firing on all cylinders, scoring 20 or more goals in the next three seasons, with the third season pushing Walsall into the Third Division.

Getting Walsall promoted was just the start for Richards, as the following season ended up being his best season of the lot. Scoring 36 goals in 1960-61 season finishing top goal scorer in the league and gaining Walsall back to back promotion.

Richards finished his career at Walsall in 1963 after moving to Port Vale. The striker finished with 184 goals in 334 appearances for the Saddlers.

The Saddlers currently sit just above mid table in 11th in League One so far, three points behind the Sky Blues.

Walsall are currently top of their group in the Checkatrade Trophy after beating both Burton and Middlesbrough Under 21s in their opening cup games. However, they will be looking to get a cup run started in the FA Cup, after being knocked out by Macclesfield Town in the second round of the Carabao Cup.

Dean Keates side will be hoping to gain some form when the Sky Blues visit the Banks's Stadium, as they’ve lost four of their last five games, as well as losing their last two. 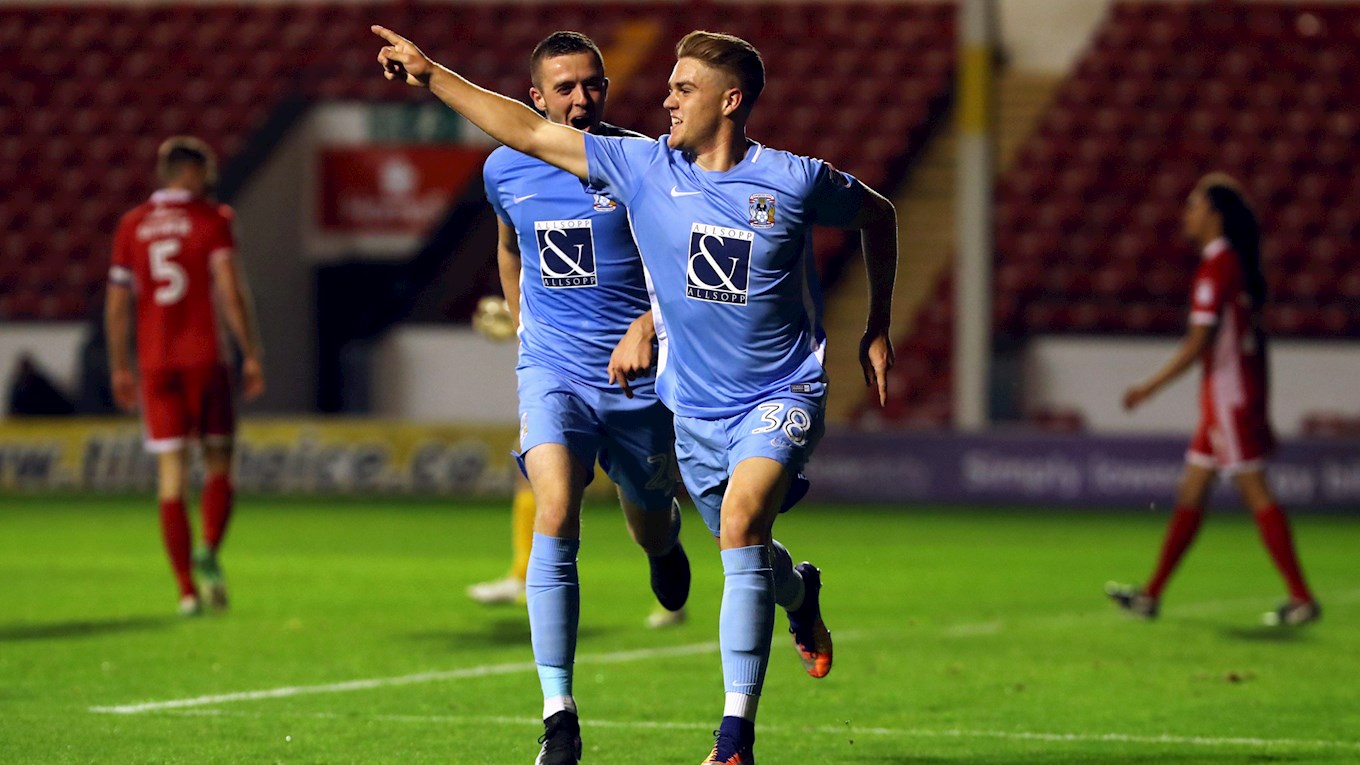 The two sides last met in the Checkatrade Trophy at the Banks’s Stadium in October 2017.

Both sides conceded penalties on the day, with Zeli Ismail scoring his penalty for Walsall in 32nd minute to give Walsall the lead.

Then Marc McNulty converted from the spot to equalise in 54th minute. Jordan Ponticelli went on to score five minutes later to give the Sky Blues the lead.

Walsall striker Dan Agyei stopped Coventry taking the victory with a 90th minute equaliser, seeing both clubs take a point in the cup’s group stages and the Sky Blues winning a bonus point in the shoot-out.

The Sky Blues are favourites going into this Saturday’s fixture with odds at 6/4 for a Coventry win and 9/5 for Walsall to take the victory. For the game to end like the last time the two teams met, it’s placed at 23/10.

Bakayoko has been made favourite Sky Blue to get the first goal of the game against his old club at 11/2, with last weekend’s goal scorer Michael Doyle placed at 20/1.