Coventry City have been advised by Wembley the flag regulations for the national stadium ahead of our Play-Off Final against Exeter City on Monday, 28th May.

Wembley Stadium recognises that many supporters may like to display crowd flags when attending events. The following guidance has been created to assist visitors in ensuring their flags meet with Health and Safety & WNSL Ground Regulations.

Supporters may bring a flag into the ground WITHOUT permission from Wembley Stadium if:

**Please note that flag poles made of metal are not permitted inside the stadium, no matter what size or length the flag / pole is.

If a supporter arrives at Wembley Stadium and their flag does not come under the above points, and they have not gained permission from Wembley Stadium, the flag may be confiscated at the turnstiles and not allowed into the Stadium.

Supporters will NEED permission from Wembley Stadium if any of the following applies:

If your flag is bigger than this then the process of applying for permission to bring it to the Final is:

If you arrive at Wembley Stadium and your flag differs in any way from the photographed or described flag, your flag may be confiscated at the turnstiles and not allowed into the Stadium.

The deadline for applications to be made is Thursday 24th May at MIDDAY. Any applications after this will be automatically refused by Wembley.

UPDATE 23/5: The club can now confirm that the Crest Flag and Mega Flags, as purchased from the club shop, are allowed at Wembley. Examples are pictured below. 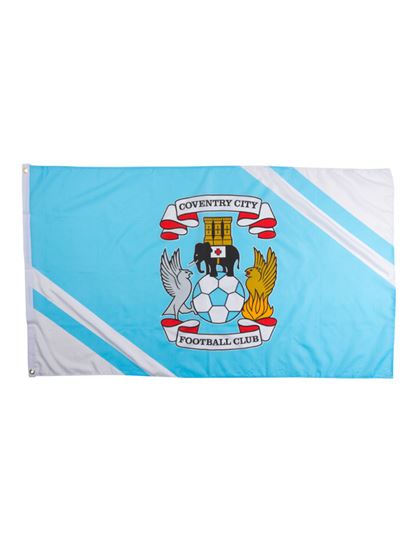