The figures show a big increase compared to last season, when 4000 Season Tickets had been sold by the opening day of the league season – with around 2 months to go, the Sky Blues are already nearly 2000 ahead of last year’s figure with 5,959 sold as of Friday at midnight.

Season Tickets still work out as the cheapest way to watch the Sky Blues’ 23 home league games back in League One during the 2018/19 campaign – with adults from £15 per game, concessions from £11.52 per match and JSB Under 13s still free!

Season Tickets are available to buy at eticketing.co.uk/CCFC or 0844 453 9134, and also the Butts Park Arena Ticket Office. Once again, fans can now pay for their Season Ticket through monthly instalments with Zebra Finance.

All Adult supporters will have the chance to save upto £2000 per year as they join a new CCFC Rewards Scheme – with discounts available at high street stores and brands including Tesco, Asda, Boots and many more. * This means fans can essentially pay for their Season Ticket – and then some – using the money they save in the Rewards Scheme! See more about the CCFC Rewards Scheme here.

In the full price Season Ticket period, a £6 Ticketmaster fee will apply as well as a £2 processing fee. 2017/18 Season Ticket seats, which had been on reserve, have now been released.

Fans can see the full price grid and stadium plan for 2018/19 Season Tickets below: 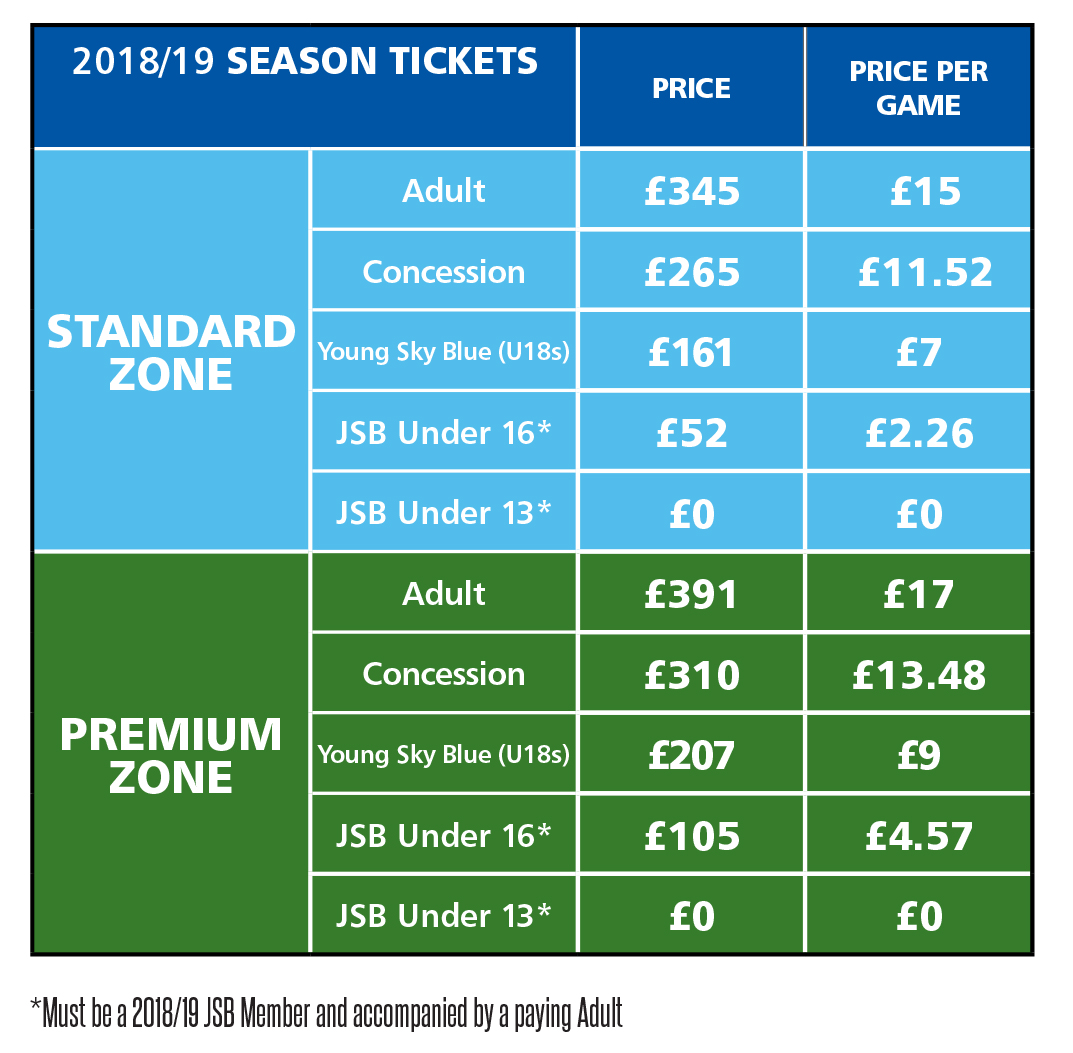