Over 8,500 tickets have been sold for the Emirates FA Cup tie between Coventry City and Stoke City.

The Third Round tie will take place at the Ricoh Arena on Saturday 6th January, with kick-off at 3pm against the Premier League side.

Prices for the game will be as per the Sky Blues’ League Two matches, with the West Stand and East Stand both open for Sky Blues fans as the 1987 winners take on the 2011 runners-up.

Supporters can purchase six tickets per person for the game. 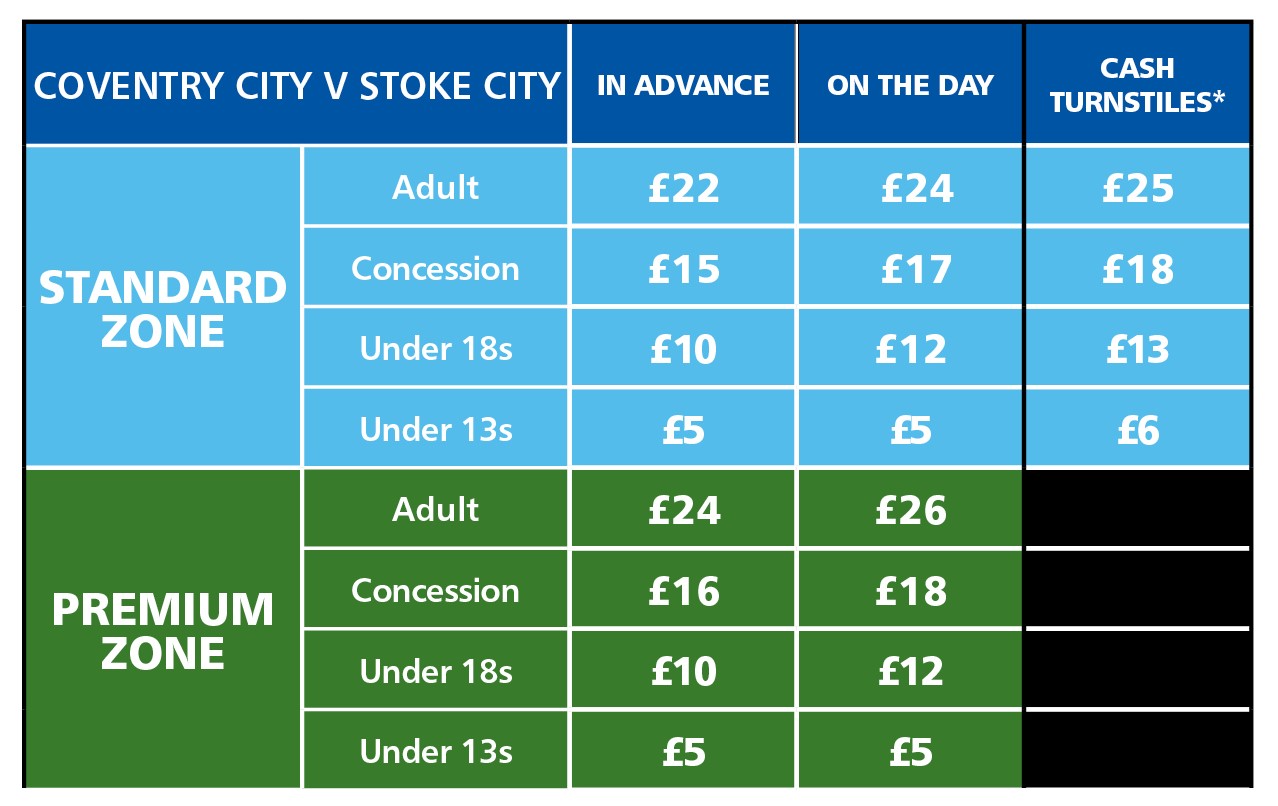 Tickets are now on general sale to Sky Blues fans.

Tickets are available in advance at:

You can buy on the day via the following methods:

- Matchday Ticket Office at the Ricoh Arena, from 11am

Tickets are no longer available at the Club Shop at Arena Shopping Park.

For ticket questions and queries, please e-mail CCFCtickets@ticketmaster.co.uk or call 0333 321 3134.

This game is not included in your Season Ticket. Season Ticket holders who are buying for their own seat, can upload their ticket to their card.

Season Ticket holders in a different seat to their usual one will require a paper ticket.