Half Season Tickets for the 2017/18 campaign are still available, as Coventry City look to push for promotion!

Adults can watch the final games of the season from £165, while JSB Under 13s are FREE - with your Half Season Ticket including the following crucial fixtures at the Ricoh Arena...

The support of each and every Sky Blues supporter will be vital as Mark Robins’ side aims to bounce back to League One at the first attempt, with the team currently in the play-off places of the League Two table, encounters against promotion rivals Luton Town, Accrington Stanley, Swindon Town and Lincoln City could be crucial.

A Half Season Ticket is the best value way to watch the Sky Blues in the final matches of the season, reducing the price of your ticket considerably.

Manager Mark Robins said: “The support of our fans is vital and we’re all grateful to everyone who purchases their Season Tickets and match day tickets.

Half Season Ticket holders also receive other benefits, including priority on away and cup tickets. 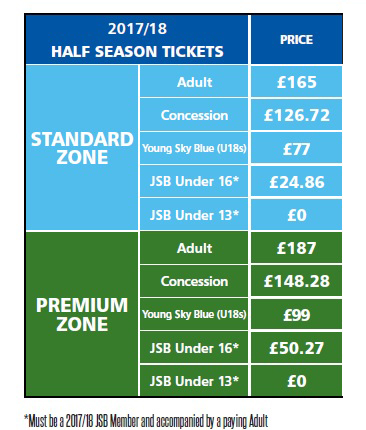 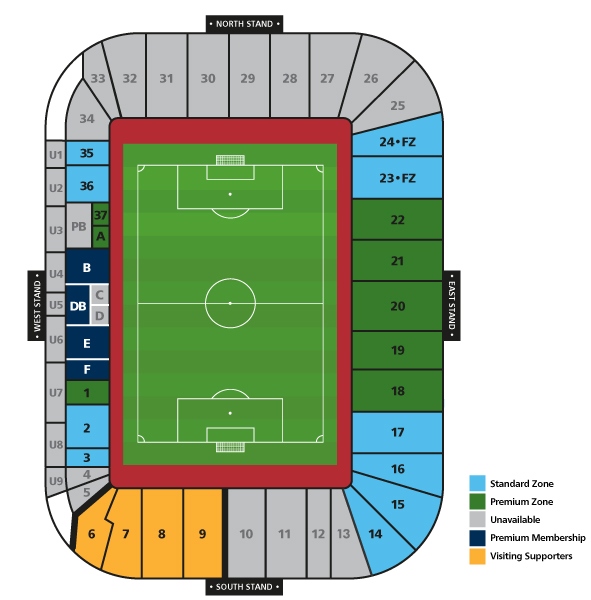 Disabled Supporters can be purchased in-person at the Butts Park Arena Ticket Office during regular office hours or by calling 02476992335 during Ticket Office opening hours. Up to date proof of disability will be required.