The Coventry City Leamington and Warwick Supporters Club will be supplying boots to five members of the Sky Blues squad this season – and raffling off the boots to help raise money for the Supporters Club.

Captain Michael Doyle, Midfielders Tony Andreu, Jordan Shipley and Kyle Finn, and Striker Max Biamou have been presented their boots for the season by the Supporters Club, which is celebrating its first anniversary.

Monies raised at meetings and via away travel is used to support the LWCCFC #BackTheLads campaign - this includes a commitment of at least £3000 of player/match sponsorship for the 2018/19 season – and fits in the with the club’s #RiseTogether mantra. 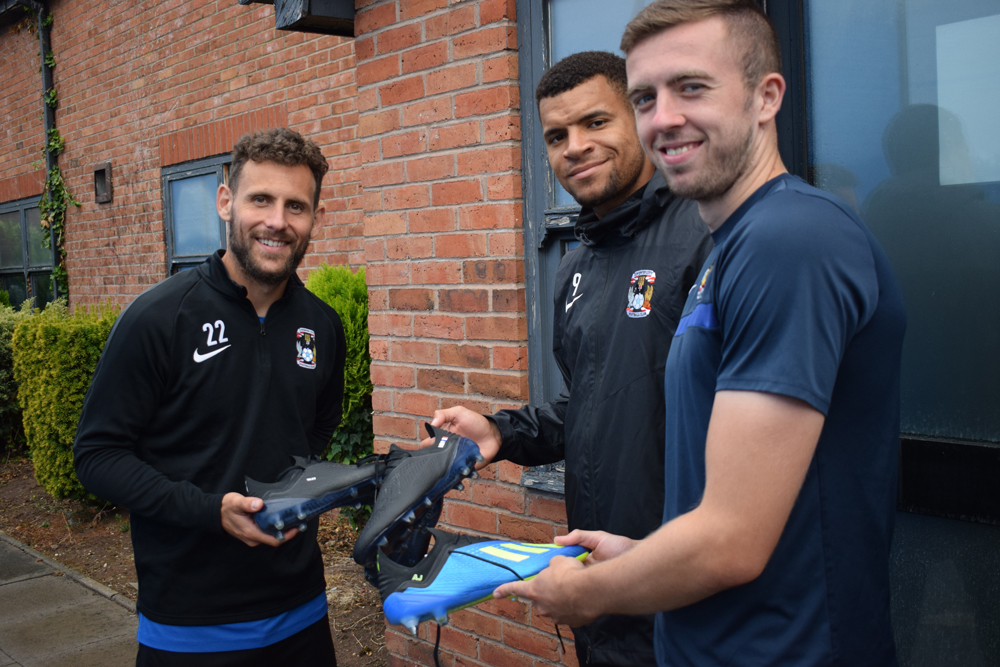 While developing closer links with staff at the club, the Leamington and Warwick Supporters Club have also been able to offer services to fans based in Leamington, Warwick and surrounding areas such as away travel and tickets. They also plan to offer travel to home games in the near future too.

This is as well as regular meetings, where supporters can meet with members of the Sky Blues squad in a social environment, and win worn match shirts and boots, executive box seats and other prizes.

The meeting is for members only - but you can join for the 2018/19 season on the night for £10. There will be a complimentary buffet plus a raffle with top CCFC prizes.

For more information about the Supporters Club and how you can join, e-mail Juggy Chima on lwccfc@outlook.com