Coventry City are delighted to confirm that the club’s highly successful Academy has been awarded Category 2 status.

The news of Academy’s successful application to continue as a Category 2 Academy was confirmed in a letter to the club earlier this month from the Professional Game Board, which comprises the FA, Premier League and the English Football League.

There are four academy categories, with one being the highest rating and four being the lowest.

The excellent news follows an extensive audit of the Academy, which covered eight criteria:

The Academy is a source of much pride for the club and fans. It has seen a number of players follow the pathway to the Coventry City first-team, while the Academy continues to go from strength to strength at all age groups.

Academy Manager Richard Stevens was delighted at the news that the Coventry City Academy has been awarded Category 2 status again.

“It’s been two years of hard work for everyone at the Academy, with the backing of the wider football club because it takes a concerted effort from everybody to get to the stage where you get your licence granted.

“We were audited 18 months ago. We got an action plan and there were three or four points that we had to address. Back in May I went to the Premier League offices, and we got the letter a couple of weeks ago. It’s great news for everyone at the Football Club.” 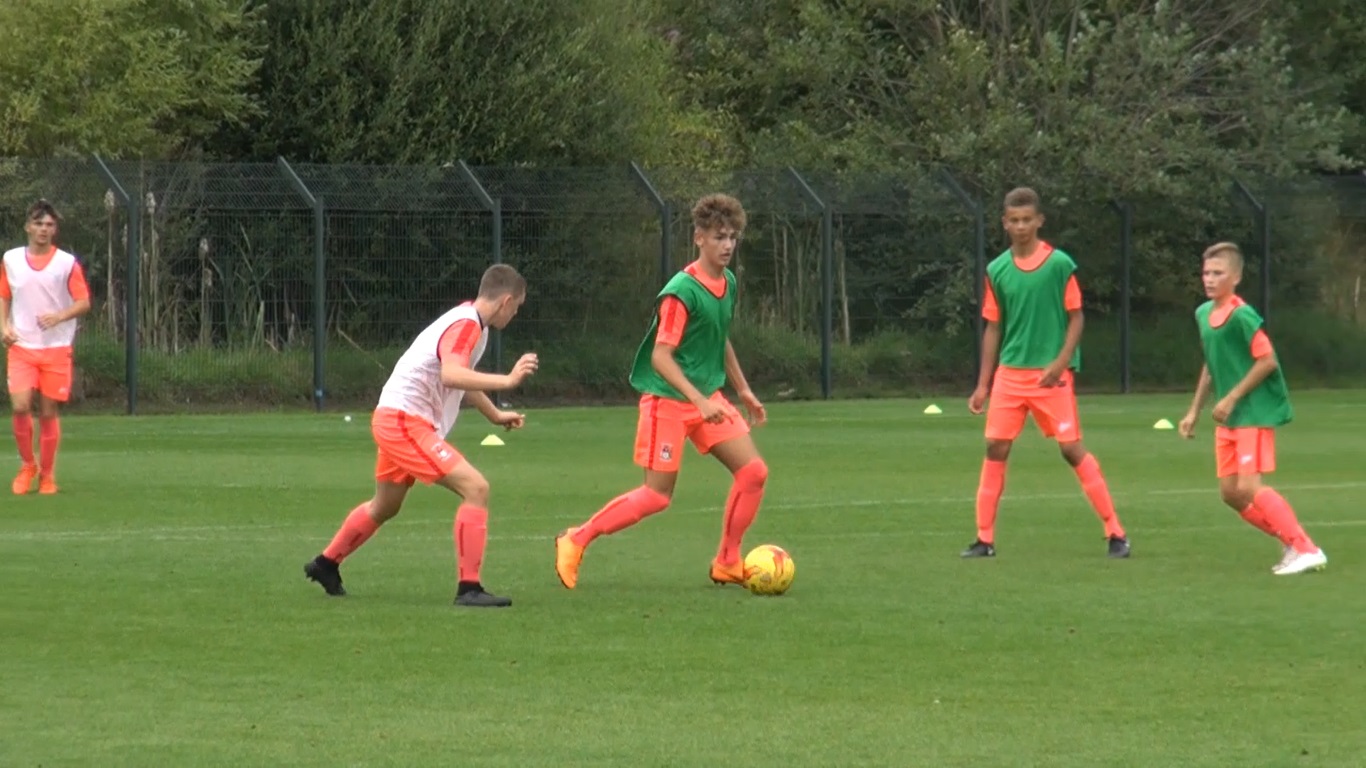 With the awarding of the Category 2 status confirmed, Stevens explained what it means for the day-to-day running to the continued successful running of the Academy.

“It’s a games programme, it’s the accolade of playing with 24 other Category 2 football teams.

“It’s the place a club of our size needs to be. It means we can attract footballers from the local area, we can have the right staffing levels and the facilities that we need. And as proven, you can push boys out at the other end and give them the opportunity to become footballers.” 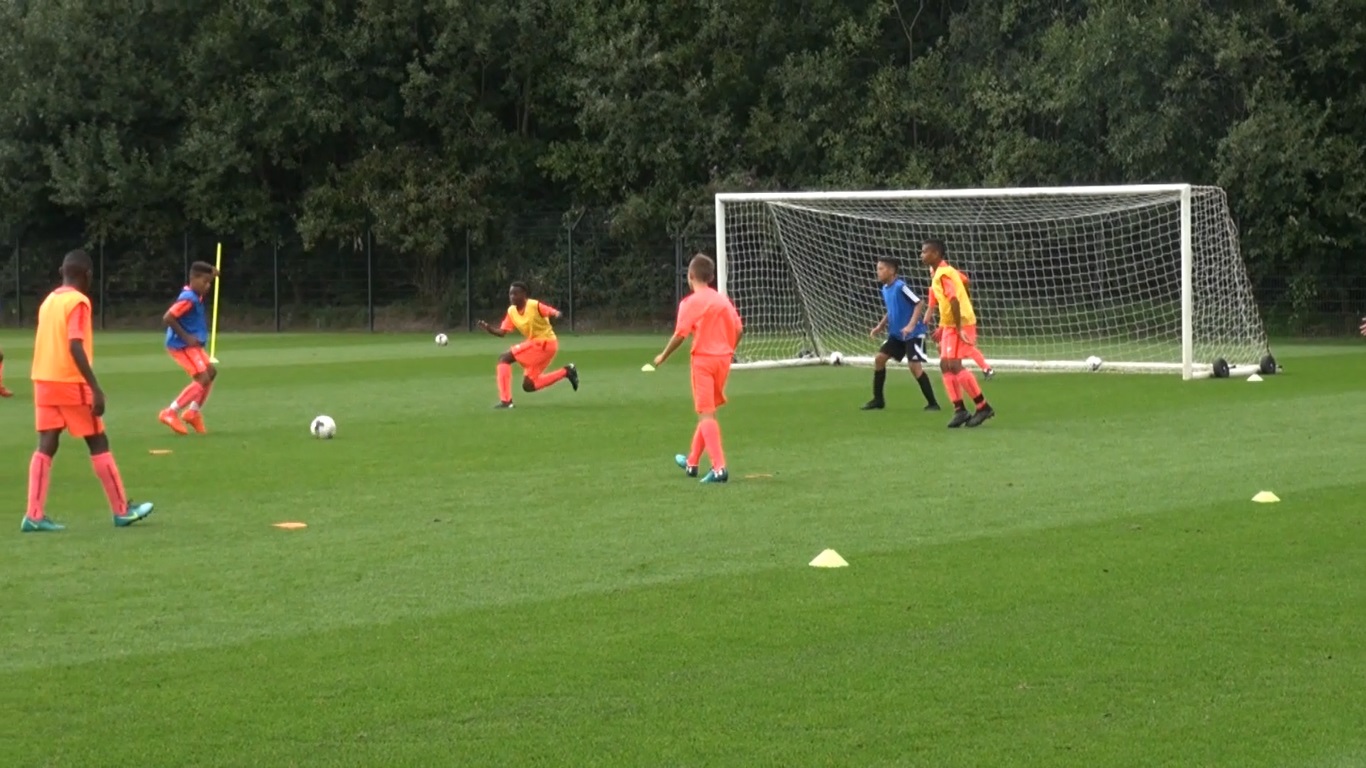 The audit process is a long one, conducted by an independent company for the Professional Game Board, and much work and many hours are put in by Stevens and his staff at the Academy for the audit to be a successful one.

“There’s a six month lead up to the actual audit,” explained Stevens.

“For six months, you have to upload onto an online platform everything that you do – every document, every piece of paper, technical programmes, reports, staffing models. It takes over your life for three or four months of that lead up.

“They watch games, they speak to players, they speak to the Chief Executive and the Manager – just to make sure that everything that is in our Academy Performance Plan is adhered to. Then after that you get your reports, you have to work on your action points and get to the stage you are now.” 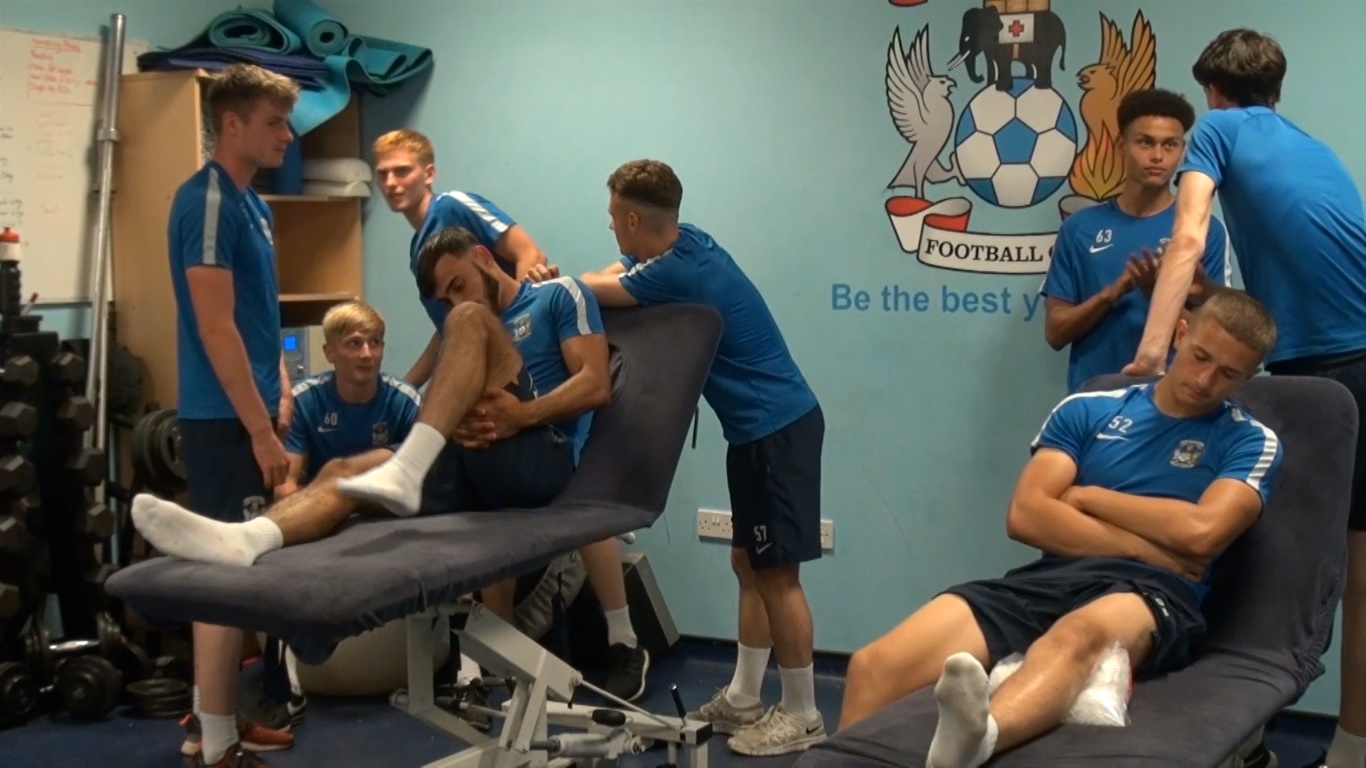 In May, a new deal for the Academy to remain at its home of the Alan Higgs Centre was announced. The new agreement with Coventry Sports Foundation sees the Academy remain at the site until at least May 2023.

The Alan Higgs Centre is home to four grass pitches for all age groups, which are clearly visible from Allard Way. This allows the Academy to run an Under-18s training programme and also a vocational school release programme for Under 11s to Under 16s on three afternoons per week, as well as training most nights for a range of age groups.

In the recent school holidays, players were also completing full days of training – involving work on the grass, analysis in the classroom and much more.

“Every school holiday, we pack every day full of school boys. It’s a great opportunity to get the boys in. It gives them a little feel of what it’s like to be inside a football club.”

Weekend fixtures are played on a Saturday morning and Sunday morning, with the pitches packed with aspiring stars of the future. But what fans will not see is the other side of the Academy. Office spaces, physio rooms and kit rooms, plus the gym and classrooms too – all of which are vital to the development of the boys as footballers and as people too. 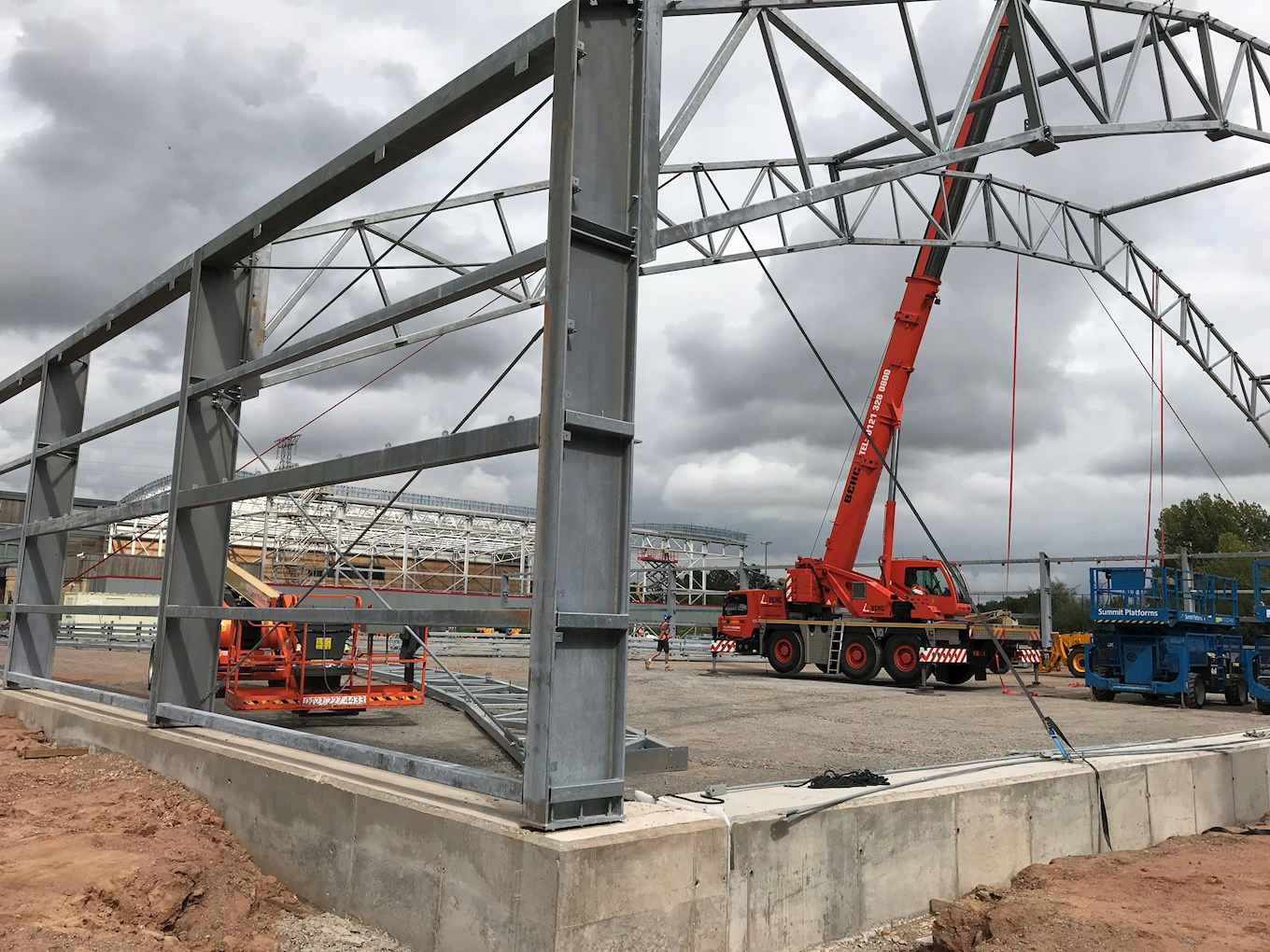 The home of the Academy is getting busier, with much building work going on at present which will hugely benefit the Sky Blues youth set-up. Work has started on the construction of a new indoor 3G football pitch and the resurfacing of the 3G outdoor pitch, as well as the construction of a new 50 metre swimming pool. While in the summer, the grass pitches underwent a renovation too.

“We’ve probably been three and a half years semi-unsettled, in the fact that we thought we were coming out of the Higgs due to another sporting club coming here. That unsettled people a bit – it unsettles staff, parents, players.

“It’s probably a year ago that we got a little sniff that we might be able to stay, because we were working hard to try to find other facilities. It was proving difficult, and a big investment to put it right.

“Once we realised we could stay, and we speak to the Alan Higgs Centre and the Trust that are involved with it and we look at a new indoor area and a refurbished outdoor pitch – all of a sudden it becomes exciting.” 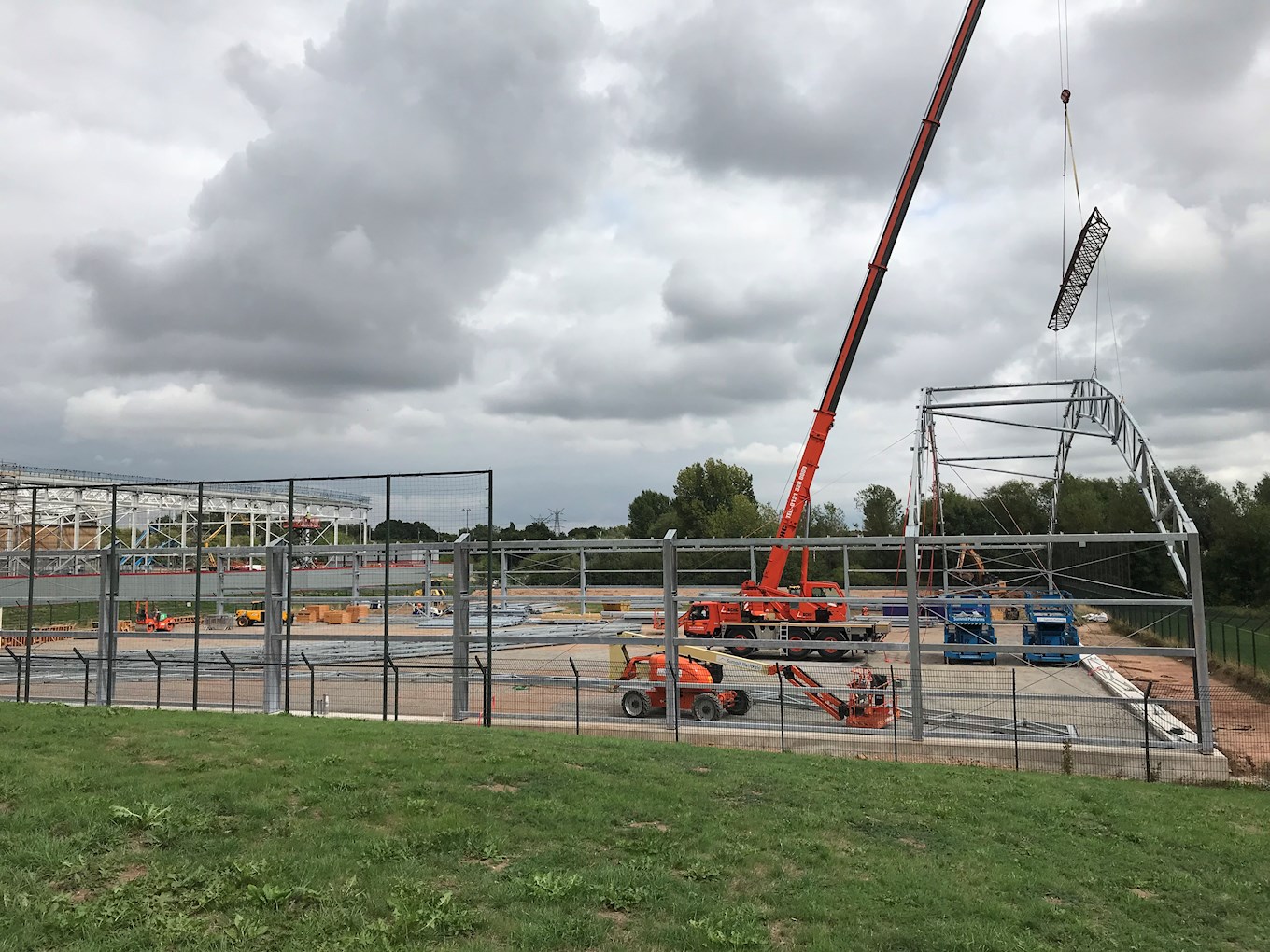 With news of the extension and now the Category Two status, things are certainly looking up for the Academy.

“Agreeing to the five-year deal here flips everything on its head from a year ago,” Stevens said.

“People are settled now and can see we have got longevity here. We can settle down to becoming an Academy that can really work again.

“The building work is exciting. Players, parents and opposition teams can see what is going on. I would suggest in five or six weeks’ time it will all be operational, and we will have a really full end Academy going as we have in the past.”