Coventry City have confirmed the prices of Season Tickets for the 2018/19 campaign in the second stage of the Early Bird period, which begins on 24th April.

The initial early bird period lasts until midnight on Monday 23rd April – giving supporters nearly seven weeks from the first day of sale to buy early and save. With the Sky Blues still in the fight for promotion, supporters could be paying League Two prices for League One football!

On Tuesday 24th April, a second tier of Early Bird pricing will begin. The Ticketmaster fee will also not apply during this period. This will close on 3rd June, after which Season Tickets will be full price. The deadline to retain your existing seats from 2017/18 is 3rd June 2018.

Prices for both period of Early Bird can be seen below: 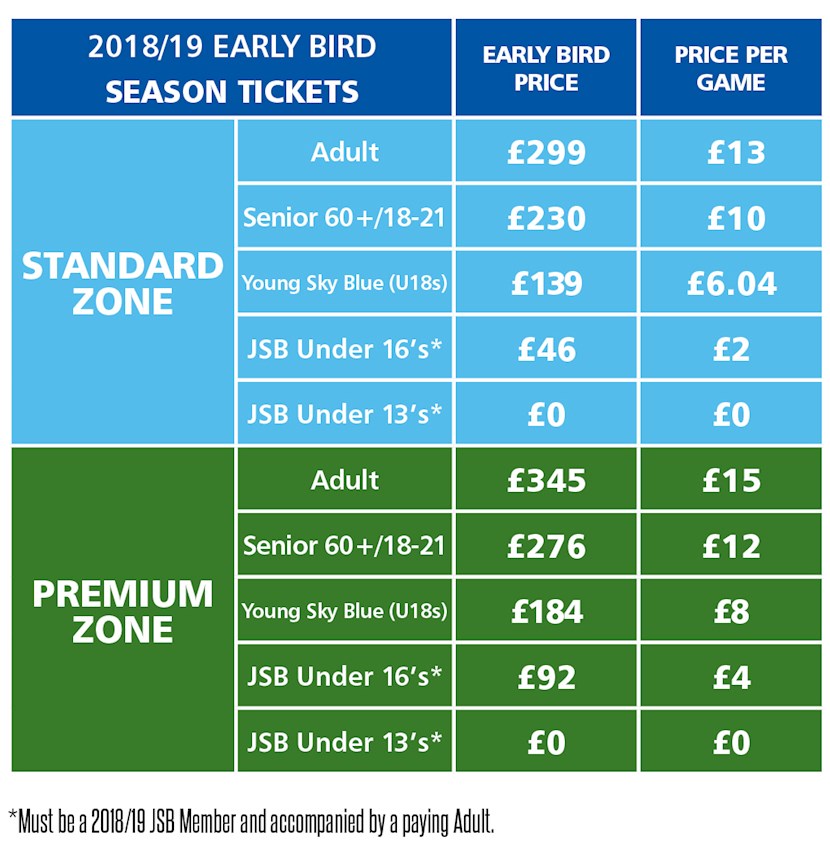 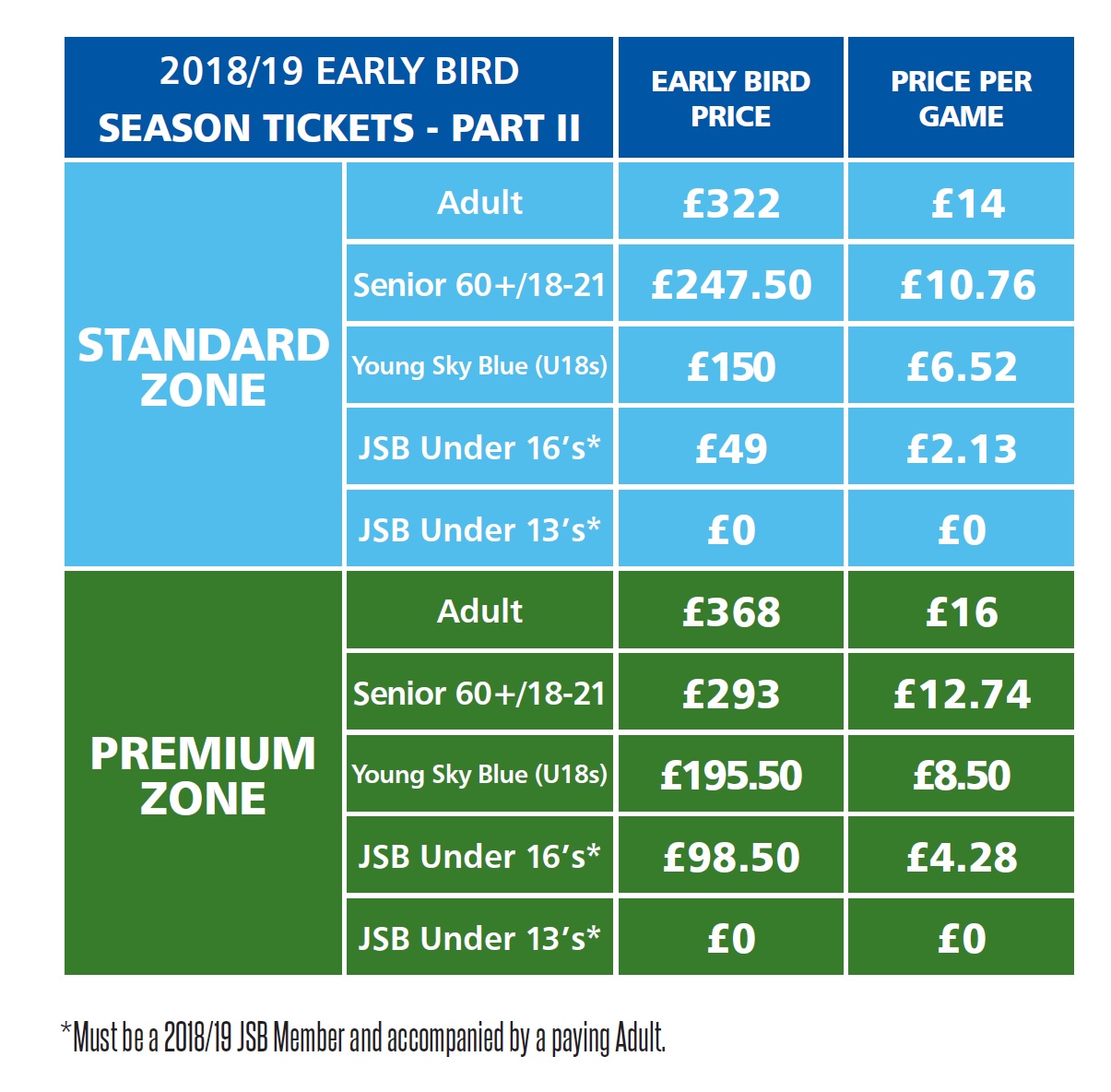 All Adult supporters will have the chance to save upto £2000 per year as they join a new CCFC Rewards Scheme – with discounts available at high street stores and brands including Tesco, Asda, Boots and many more. * This means fans can essentially pay for their Season Ticket – and then some – using the money they save in the Rewards Scheme! You can see more about the Rewards Scheme online at ccfc.co.uk