Coventry City’s Lee Burge and Jordan Willis have been named in the SkyBet League Two Team of the Season, while Jordan Ponticelli has been nominated for the LFE League Two Apprentice of the Year Award.

Ponticelli will find out if he has won his prize at the 2018 EFL Awards, taking place on Sunday 15 April at the London Hilton on Park Lane.

Awards will be given out across 12 categories at the star-studded event attended by players, managers, Clubs, legends of the game and media in central London.

Both Academy graduates, 25 year old Goalkeeper Burge and Defender Willis have been included in the team of the year following votes from managers of other League Two sides. Burge has made 34 league appearances for the Sky Blues this season, while 23 year old Willis has played 31 times in League Two.

The overall EFL Team of the Season will be announced on the night of the awards.

Ponticelli faces competition from George Lloyd of Cheltenham Town and Stevenage’s Ben Wilmot for the award. Making his debut against Barnet in October, the striker has made 14 league appearances and netted his first Sky Blues goal in the Checkatrade Trophy against Walsall.

The full League Two team of the year is: 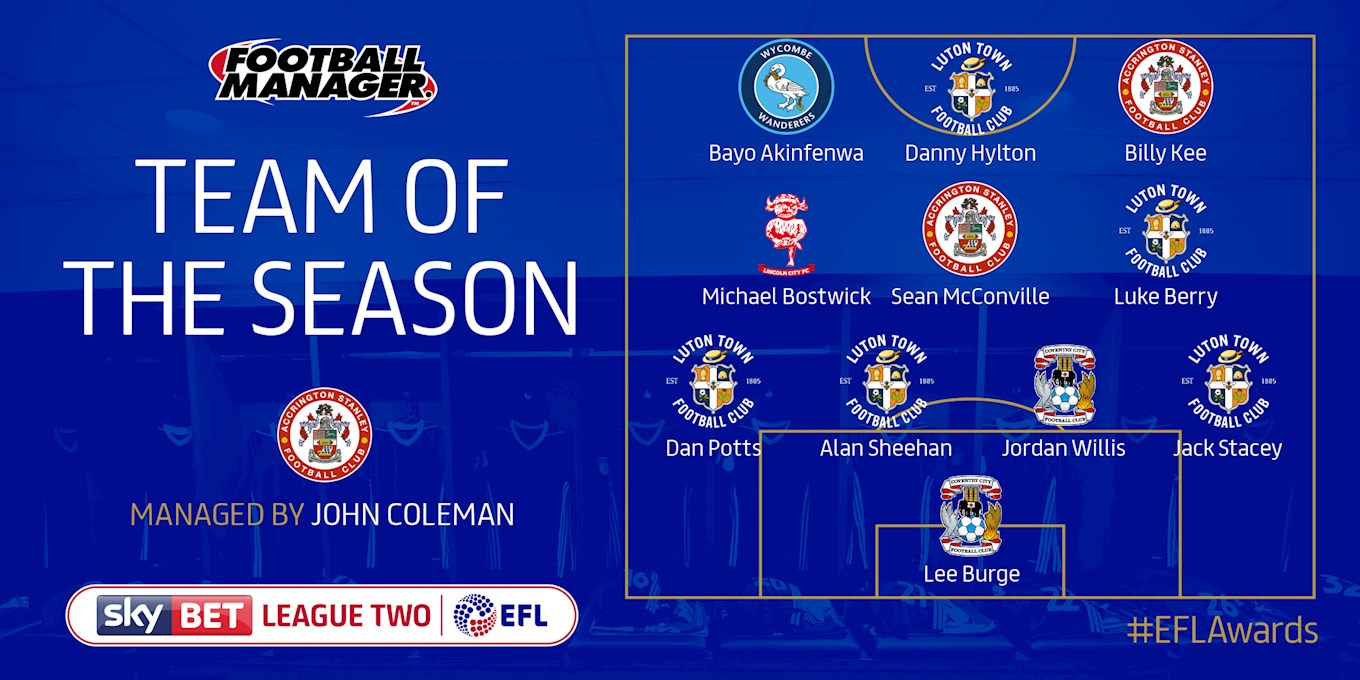 Meanwhile, former Sky Blues forward and academy graduate James Maddison has been nominated for the EFL Young Player of the Season award.

Also announced on the night will be players selected for a Special Recognition Award to celebrate the EFL’s continued commitment to Youth Development. From 2018/19 season, all EFL Clubs will need to name at least one Club Developed player on each team sheet for any EFL League game and this award will recognise a star-studded Club Developed XI, showcasing players ‘born and raised’ in the EFL, as a result of the excellent work of EFL Clubs in developing some of the most talented footballers in the country.