Under 23’s coach Jason Farndon said that his side needs to be more ‘ruthless’ in front of goal following his side’s 0-0 draw with Crewe Alexandra on Monday afternoon.

Despite a dominating performance in terms of possession and chances, the Sky Blues could not find a way to get the decisive goal.

“I thought we dominated throughout,” said Farndon.

“We had 27 shots and they had 2 – so we dominated but we didn’t have that cutting edge that we require.”

“The pitch doesn’t allow you to be really intricate in and around the box. The team talk was to be resilient and not be soft and to limit their chances and I think we did that.”

“We gave the keeper a chance, I don’t think we were ruthless enough. Even though we were dominating I didn’t think it was going to come, and I think that is where we need to learn to kill games off.”

On a more positive note, the Sky Blues didn’t look like conceding to Crewe either, with Corey Addai only forced into making one comfortable save from a long range effort in the second half.

Farndon said, “We’ve spoken a lot about not conceding and not being soft, and we did that, but we just weren’t ruthless enough.” 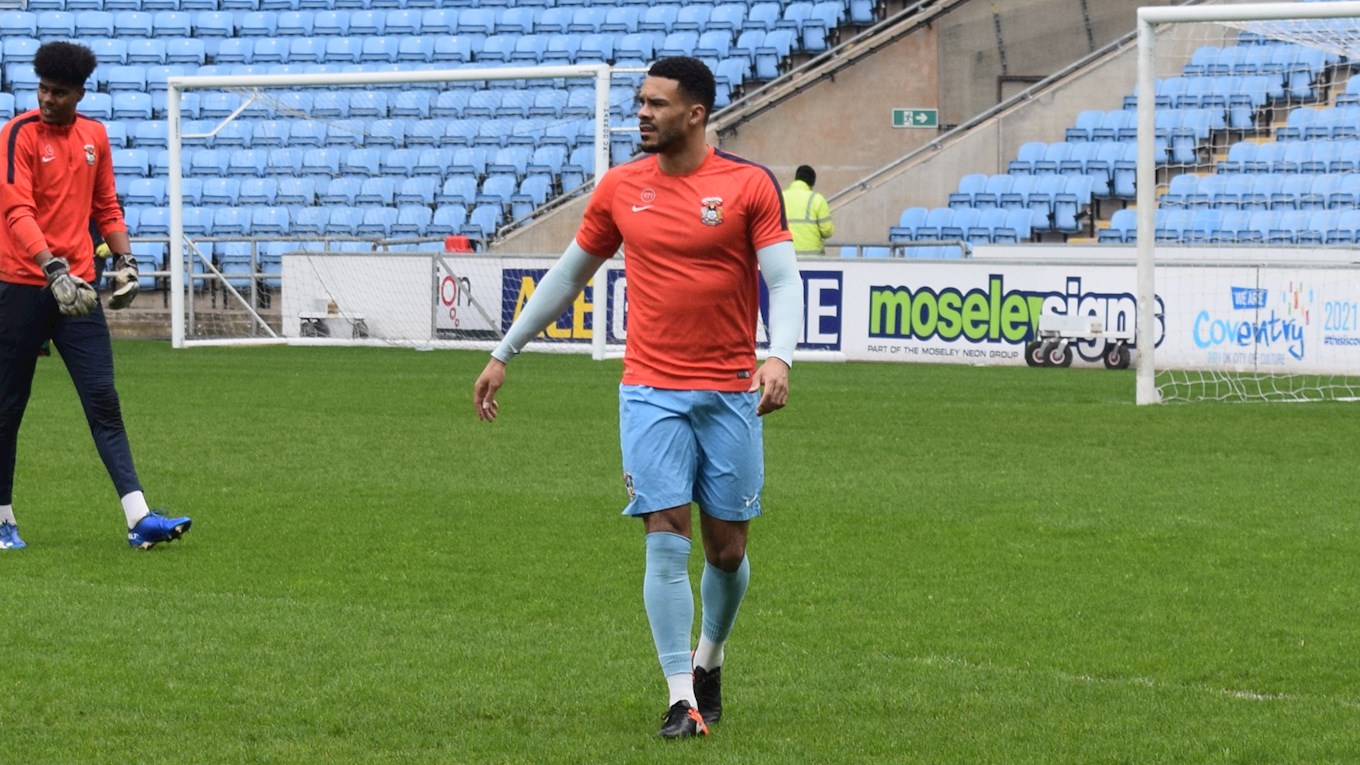 Jordan Willis made his return from an ankle injury picked up in training to complete 75 minutes for the Under 23s, and Farndon praised the influence of the defender.

“He has come in and done exactly what we wanted. Their centre forward gave him a bit of trouble and was good in the air, so was a test.”

“Jordan gives you that leadership and I think whatever game Jordan will have played in, he gives his all and that’s the type of character we need.”