From Saturday’s game against Port Vale onwards, there will be changes to post-match arrangements on-site at the Ricoh Arena which will affect all fans.

The new arrangements will mean some minor changes in the way fans exit the stadium to the local area, but will ensure the safety of home and away fans and allow safer pedestrian/vehicle movement around the stadium site too.

Changes will see the creation of an Away Fan Area directly outside the South Stand after matches. Away supporters and coaches will be managed within this zone, reducing cross over between sets of fans and of coaches post-match.

The creation of this zone will see restricted movement in Car Park B, with home supporters directed off the Ricoh Arena site post-match on new routes.

The modifications follow on-going discussions between Coventry City, the Ricoh Arena and West Midlands Police to improve the safety on matchdays for all supporters.

Dave Boddy, Chief Executive at Coventry City, said “During our post-match briefings with our matchday partners following the games against Notts County and Newport County, it became apparent that there were changes that could be made to improve arrangements and safety post-match, particularly in Car Park B where there were some issues.

“Following further discussions, we have made these changes and hope that supporters appreciate these changes have been made with their safety and security at the forefront of our minds, and ultimately should make exit from the stadium on matchdays an easier experience.”

The map below shows these changes.

Pedestrian exit is shown is blue, vehicle exit from Car Park B (directly onto Jimmy Hill Way) is shown in orange and the new Away Fan Area shown outlined in black. There is also a new temporary barrier near the pedestrian bridge, again to control vehicle/people movement.

Fans in the East Stand going to the Winding House Lane/Hen Lane area are advised to exit the stadium site following the route at the rear of the North Stand.

Fans in the West Stand going to the Tesco Car Park/Subway are advised to exit the stadium site following the route at the rear of the North Stand and East Stand.

All other pedestrian exit routes should be unaffected – however stewards will be on hand to advise fans as to their easiest exit routes. 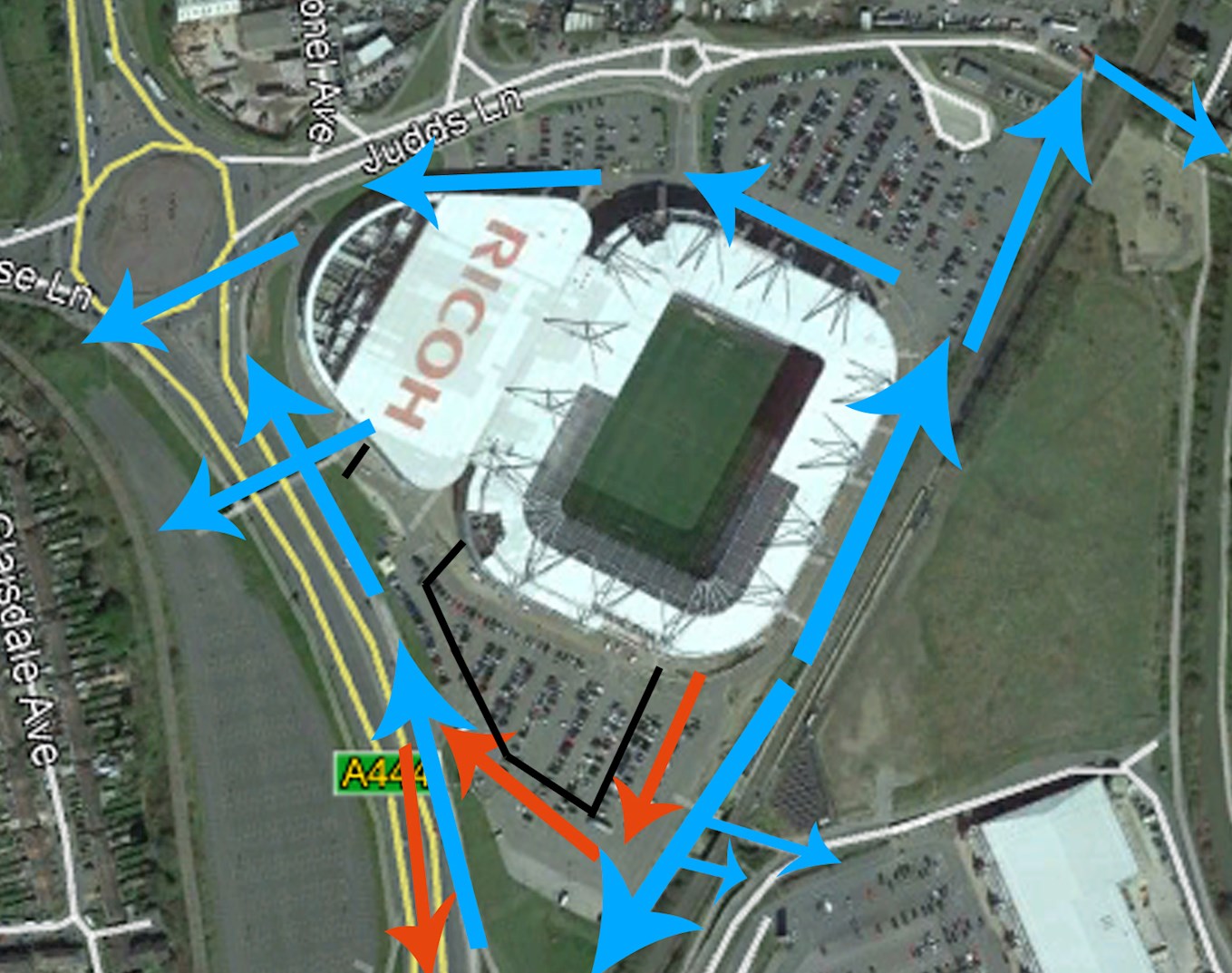