Coventry City forward George Thomas has been named in the team of the tournament for the Toulon Tournament.

Representing Wales, the Sky Blues Academy graduate grabbed two goals in three games for a Welsh side making their first appearance in the competition.

Robert Page’s Welsh team were unbeaten in the tournament, drawing 0-0 with hosts France in the opener, followed by a 1-0 win over Bahrain and a 2-2 draw against the Ivory Coast.

Unfortunately, results elsewhere meant Group B runners up Wales were knocked out of the tournament and didn’t advance to the semi-finals, due to not finishing the best runner-up.

Head of Recruitment Tommy Widdrington was also in France taking a closer look at the progression of both Thomas and Cian Harries, who was also in the Wales squad, plus the tournament as a whole.

He said last week: "As part of Coventry City's recruitment process it's important we are aware of the emerging talent in the home countries, whether as transfer or loan targets.

"In the last 4 days I've seen 7 games involving players from all over the British isles (and as far as Cuba, Angola and Indonesia), which has given me an insight into the levels of the U20 internationals.”

The full ‘Team of the Tournament’ for Toulon can be seen below: 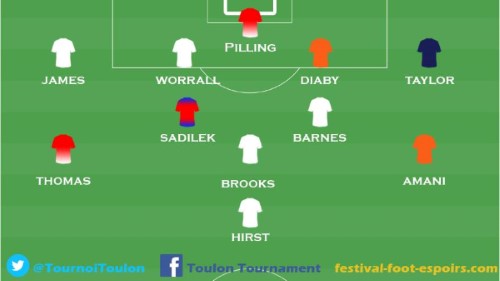