Children in a Kenya children’s home are sporting the Coventry City colours thanks to the kindness of Sky Blues in the Community.

On a pre-Christmas visit to Happy House she packed her bags full of football gear which will be used by the children’s home and in its school.

“Put a child here in a football shirt and they grow an inch,” said charity founder, Sue Hayward, a former Blackpool hotelier who now spends all her time in Kenya running the Happy House.

“We are very grateful to Chloe and Sky Blues in the Community.”

Based at the Ricoh Arena, Sky Blues in the Community is formerly a department of Coventry City Football Club formed in 1993 to deliver football in the community initiatives on behalf of the club. The organisation became a registered charity in December 2008, financially independent from the football club and governed by an independent Board of Trustees. It is supported by the Football League Trust, which oversees the work of community schemes at the 72 Football League clubs.

Chloe was delighted to see the children’s excitement when she unpacked the shirts at Happy House, which is currently home to 74 orphaned, abandoned, abused or neglected children. The school – kindergarten, primary and secondary – has a pupil population of more than 300, mostly from backgrounds of extreme hardship.

“They were all so excited and we had volunteers from every direction wanting to put on a shirt for a photo.” said Chloe “their faces lit up when they pulled on a shirt!

“Children of Watamu is a small charity doing amazing work to change the lives of children in need and is entirely funded by fundraising, donations and its child sponsor team. I love sponsoring Said, he’s such a lively little boy and into everything!” 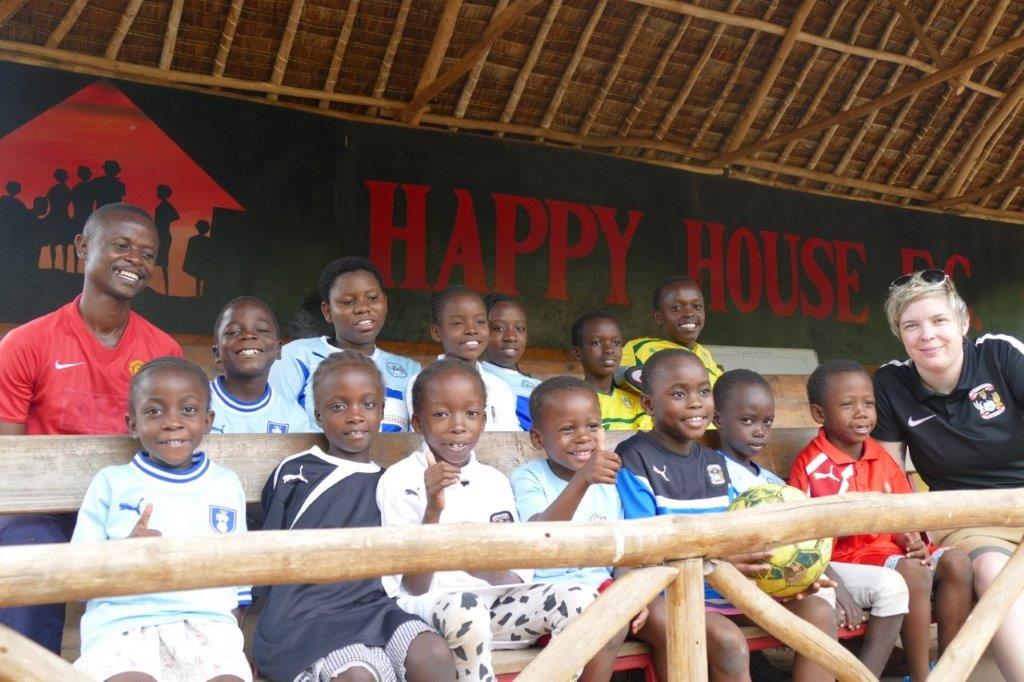