The Sky Blues face Fulham for the first time since 1982 tomorrow, as we celebrate our annual Jimmy Hill Day against Marco Silva’s side at the Coventry Building Society Arena for a 12:30pm kick-off in the SkyBet Championship. Here’s everything you need to know about tomorrow’s game. 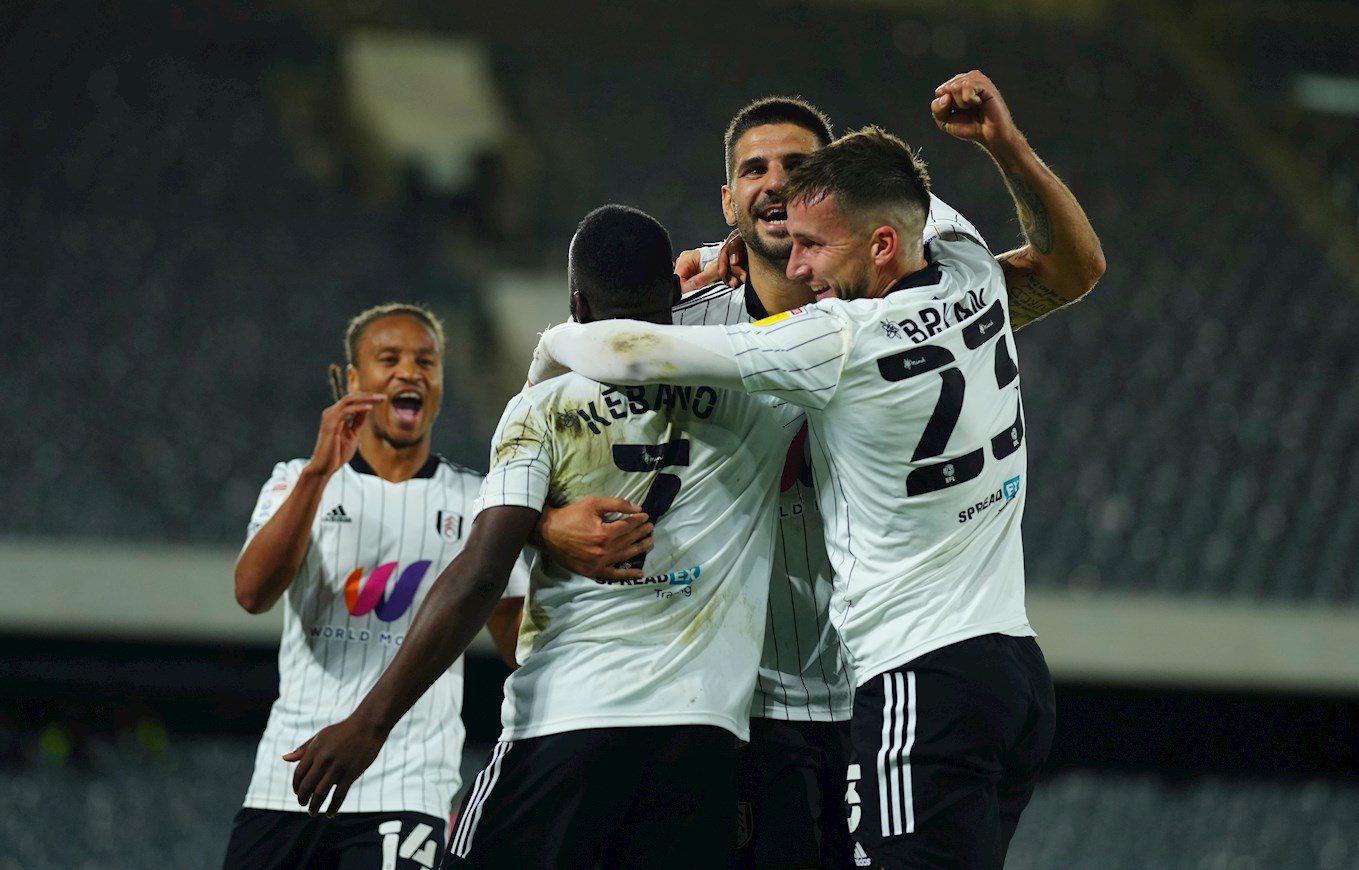 Fulham have accumulated 20 points from their opening ten games of the Championship season, putting the London club in third place – one point above the Sky Blues. Last time out, Fulham claimed a 3-1 victory versus Swansea as Aleksandar Mitrović struck a hat-trick to overcome Jamie Paterson’s consolation goal.

Tomorrow’s visitors suffered relegation from the Premier League last season, occupying 18th place, while also making it to the fourth round of both the FA Cup and Carabao Cup.

This season, twenty-two goals in ten games has helped fire Fulham into third place in the league - winning six games, drawing two and losing two. Meanwhile, in the Carabao Cup it took penalties to separate Fulham and Leeds, with the Premier League side narrowly claiming victory.

Aleksandar Mitrović is currently in fine scoring form, topping the Championship goal scoring charts so far this season with ten goals to his name, as well as three assists. 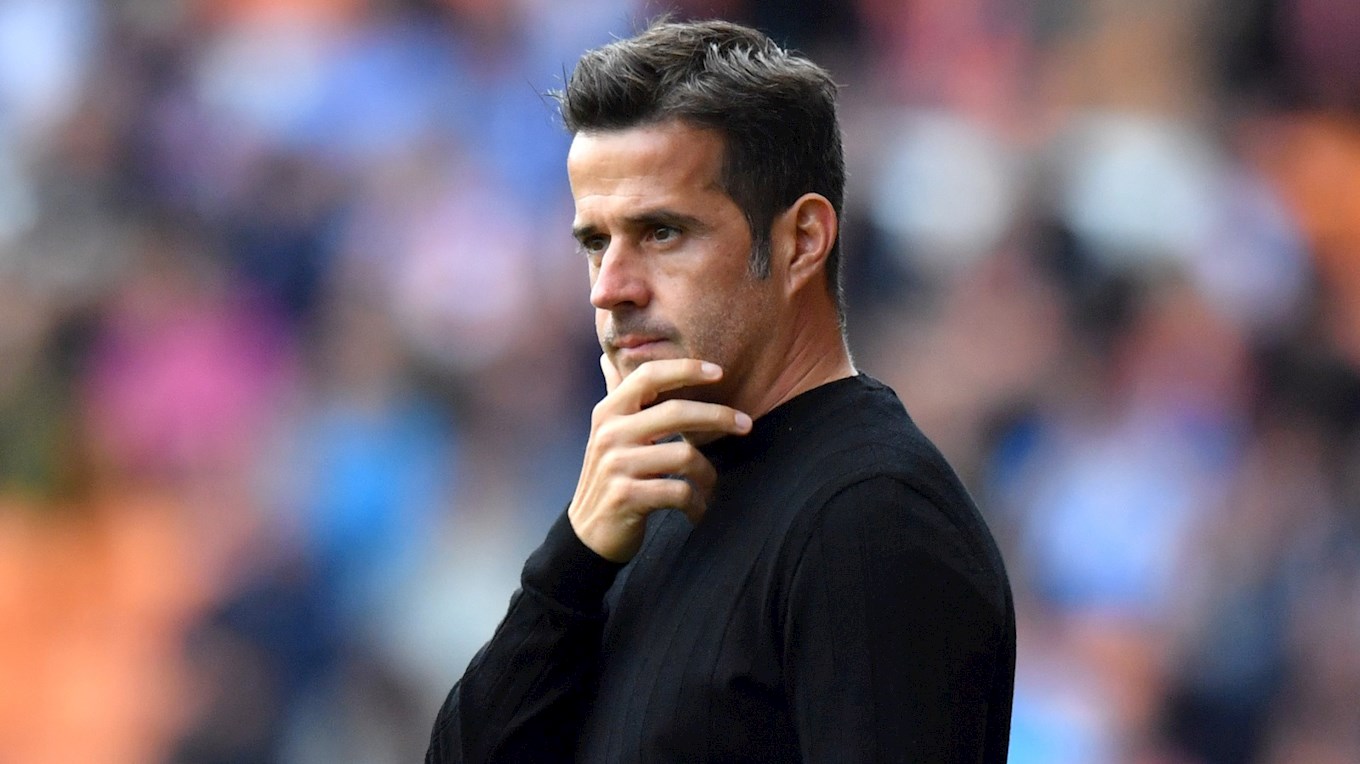 During his playing days, Fulham manager Marco Silva played predominantly at right-back, making his most appearances for Portuguese club Estoril.

Greece became Silva’s next destination when he was appointed as Olympiacos boss in 2015, and he instantly became a success at his new club when he won his first seventeen league matches to claim the league title.

Silva’s first job in England came in 2017, when he was appointed manager at Hull City. With Hull at the bottom of the Premier League at the time of Silva’s appointment, The Tigers went on to narrowly miss out on a great escape, however Silva earned plaudits for his efforts in trying to turn around the club’s fortunes.

Having waited for his next challenge since departing Everton in 2019, Silva joined Fulham this summer. 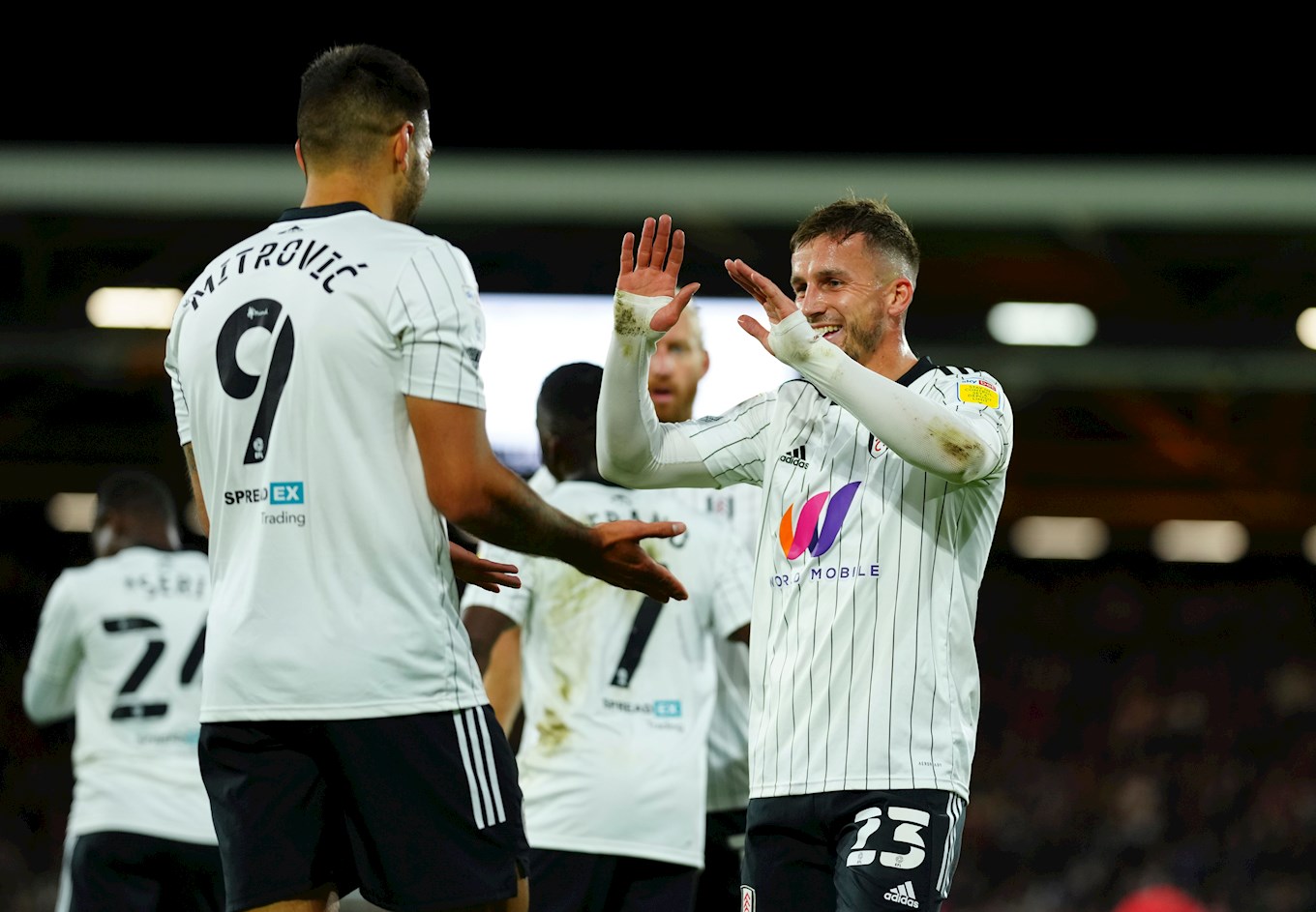 We have to look all the way back to 1982 for the last occasion where the two sides met, when the Sky Blues drew 0-0 in the League Cup at Highfield Road.

An aggregate score of 2-2 saw the Sky Blues win on the away goals rule 38 years and 11 months ago, as two goals from Jim Melrose in the first leg sent the Sky Blues into the third round. 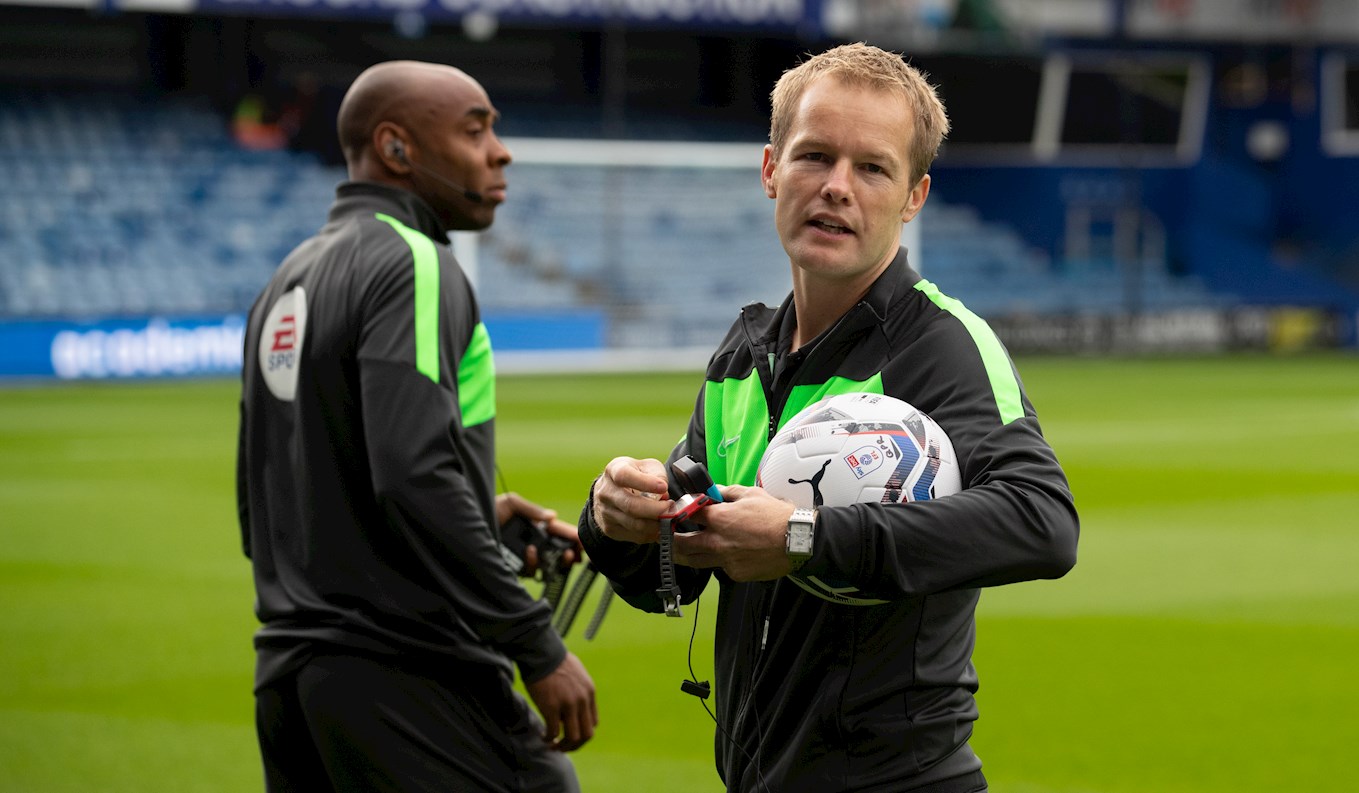 Gavin Ward will referee tomorrow’s fixture, which will be the first time that Ward will have taken charge of a Sky Blues game this season.

A crowd of over 18,000 is expected for our annual Jimmy Hill Day game tomorrow, when we celebrate the life of our legendary former manager and chairman.

Supporters can view our matchday guide for details on buying tickets by clicking HERE.

City continued their excellent home form by winning for a sixth successive league game back at the Coventry Building Society Arena!

The Sky Blues had been behind at the break but a stellar second half performance blew the visitors away with Viktor Gyökeres among the goals with his eighth and ninth of the campaign!

City had started the game on top and won a succession of corners, with Fulham struggling to clear their lines, culminating in Callum O’Hare picking out Kyle McFadzean but the defender’s shot was blocked.

But the visitors broke with the ball falling to Aleksander Mitrovic in the area, but Jake Clarke-Salter blocked the shot, however from the resulting corner Neeskens Kebano’s cross was unluckily deflected into the net by McFadzean.

O’Hare and Ian Maatsen were combining well down the left-hand side with a quick thinking pass from the former released Maatsen who earned City another corner with Fulham ‘keeper Paulo Gazzaniga having to punch the ball away from his own goal line with the Sky Blues pressing.

Fulham called Simon Moore into action when Bobby Decordova-Reid had an effort from the edge of the box but the City ‘keeper was alert to the threat.

Viktor Gyökeres then set City on a counter attack finding O’Hare, with the midfielder playing in Maatsen however the defender’s fierce shot was blocked on its route to goal by the sliding Denis Odoi.

The home side began the second half as they did the first but this time they were instantly rewarded when a defensive mix up between Tim Ream and Josh Onomah put City two on one with Gazzaniga with O’Hare squaring to Gyökeres to stroke the ball home to equalise!

Two minutes later City were given another gift when Antonee Robinson tripped Matty Godden with the referee awarding a penalty kick, which Godden dispatched sending Gazzaniga the wrong way!

Fulham response saw them win a corner with Alfie Mawson meeting Harry Wilson’s set piece but his header was cleared off the line by Godden.

Robinson then fizzed the ball in across goal but Moore got down to smother the ball before Mitrovic could pounce.

But City went up the other end with Fankaty Dabo’s cross finding Maatsen at the back post who controlled the ball brilliantly before firing the ball into the opposite corner to give the Sky Blues a two goal cushion with his first for the club!

The visitors then won a free kick, which was initially headed away but Harrison Reed collected the ball just outside the D but his shot from range went comfortably wide of the goal.

However the visitor’s attempts to get back into the game came to no avail with City going on to extend their lead with 20 minutes remaining when Dabo set City away by finding Godden out wide.

The striker’s first time cross picked out Gyökeres at the back post and the in form striker poked the ball home to get his second of the game!

Gyokeres almost got his hat trick when his shot from an acute angle looked like finding the back of the net but Gazzaniga managed to push the ball away for a corner.

The closest Fulham got to a consolation was when Jean Michael Seri's corner was headed back across goal by Mawson but substitute Rodrigo Muniz blazed his effort over the bar with City securing another vital three points! 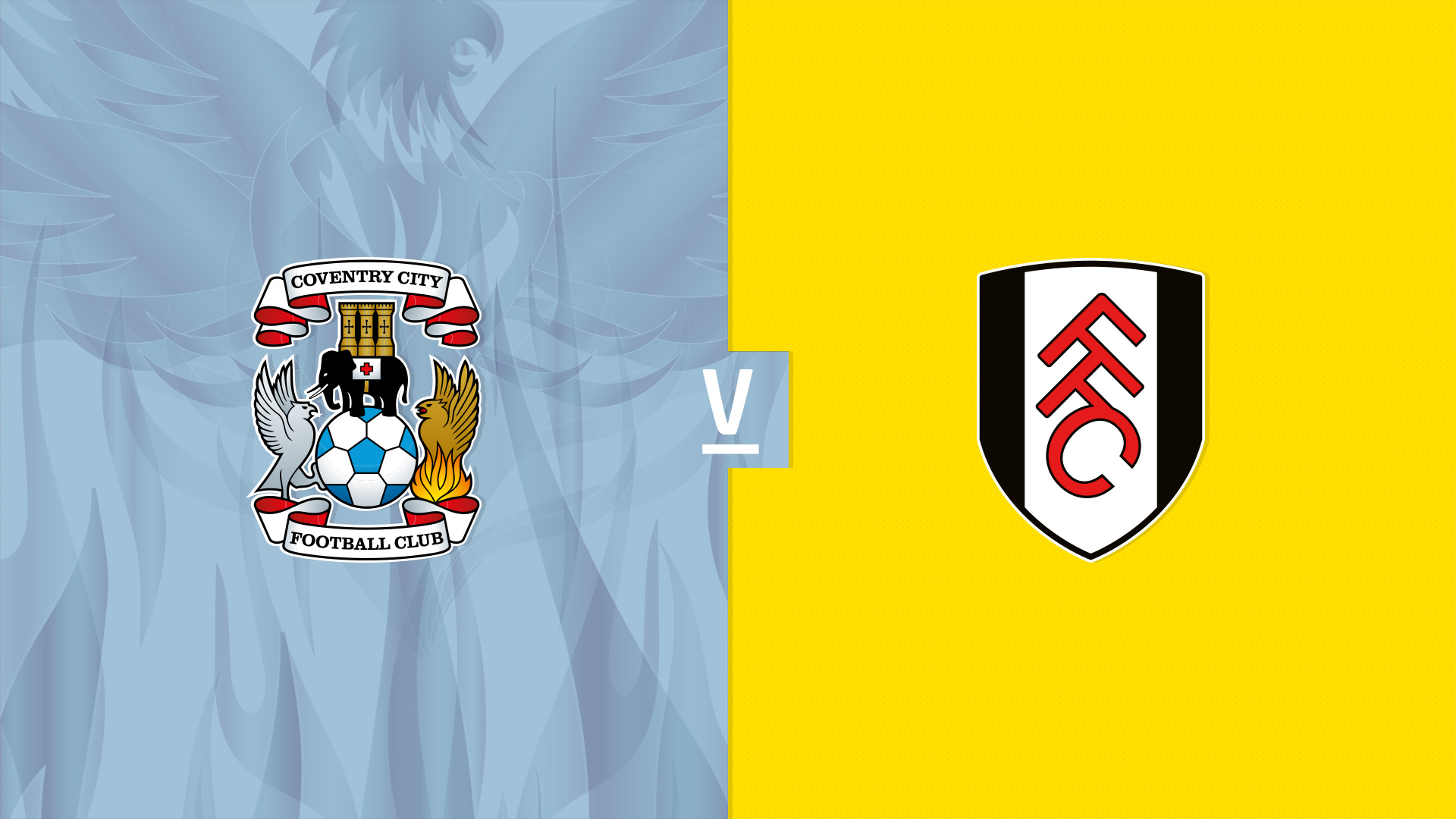 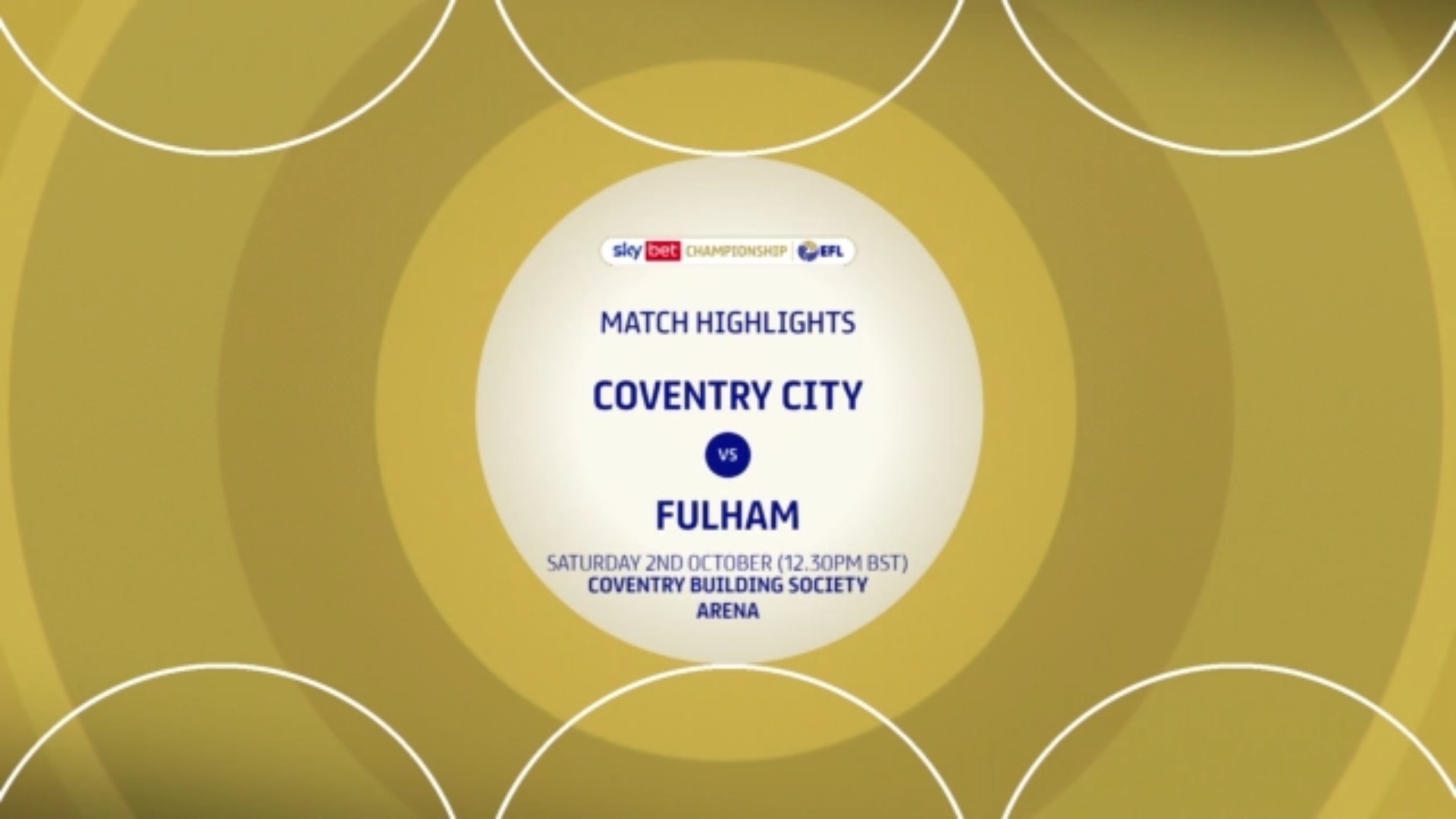 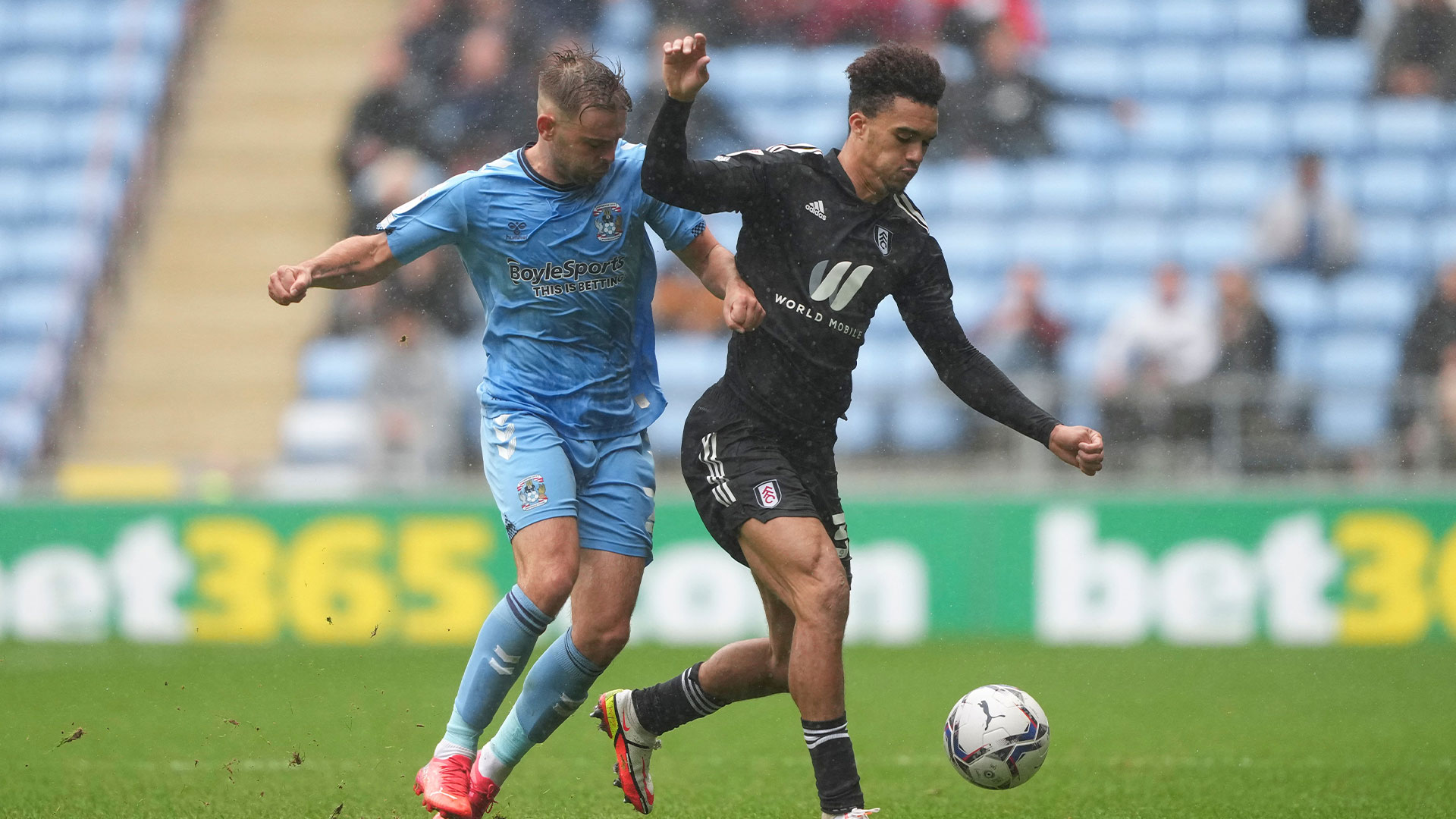