The Sky Blues return to familiar surroundings this Saturday after their two away trips, when they play Derby County at the Coventry Building Society Arena in the Sky Bet Championship. Here’s everything you need to know about our opponents. 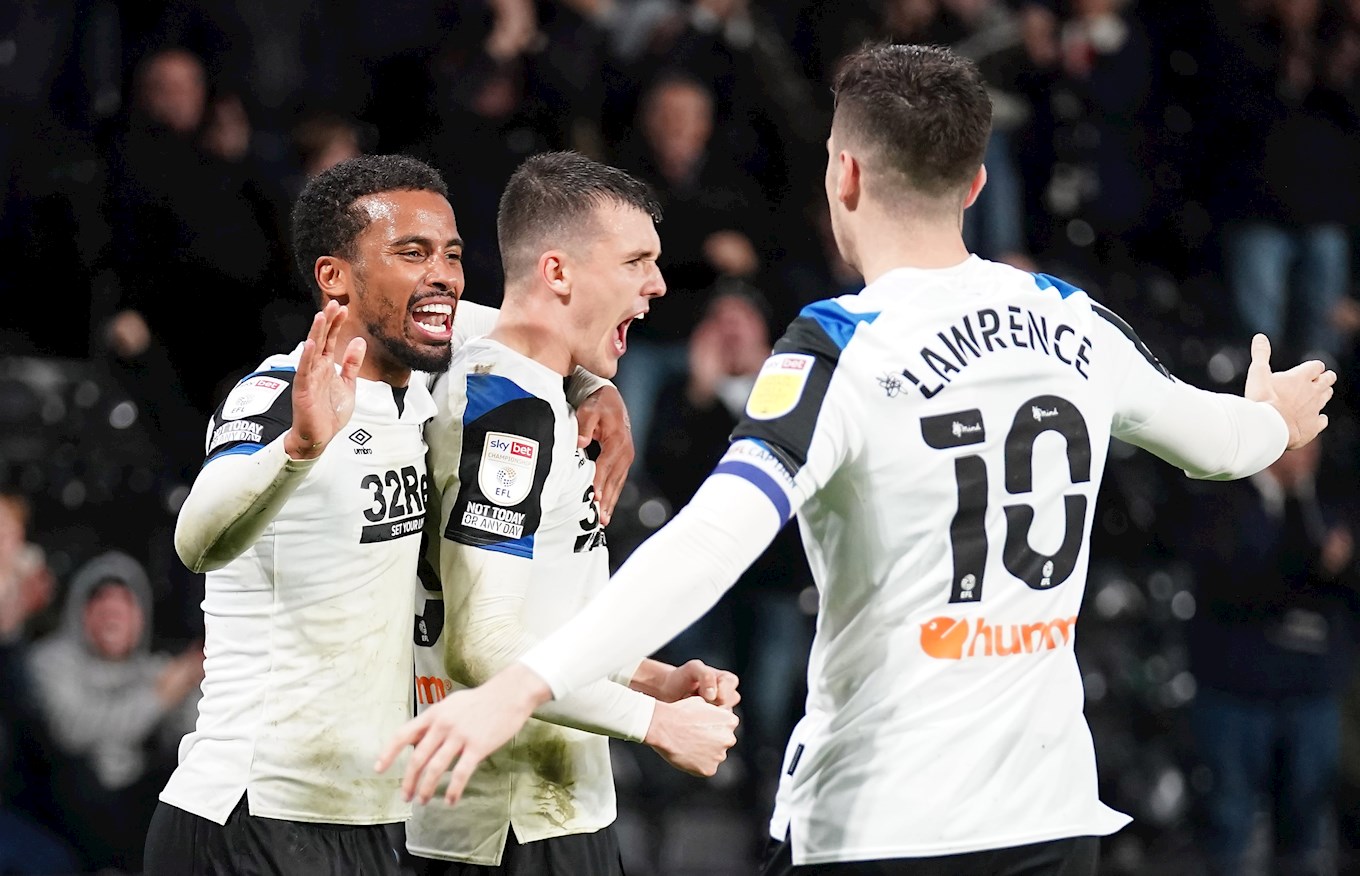 Derby County currently occupy 24th place in the Championship but their form isn’t as bad as their position suggests. Last month the club were deducted 12 points for entering administration but since that decision they are unbeaten.

The Rams began last season with a run of one win in 15 games, which saw Phillip Cocu replaced by Wayne Rooney, who ensured survival on the final day of the season after a nail biting 3-3 draw with Sheffield Wednesday.

Despite the upheaval at the club the Derbyshire side have only lost three league matches all season, with their opening 13 fixtures proving tight affairs with only nine goals scored and ten conceded, with skipper Tom Lawrence and Curtis Davies tied on two goals each. 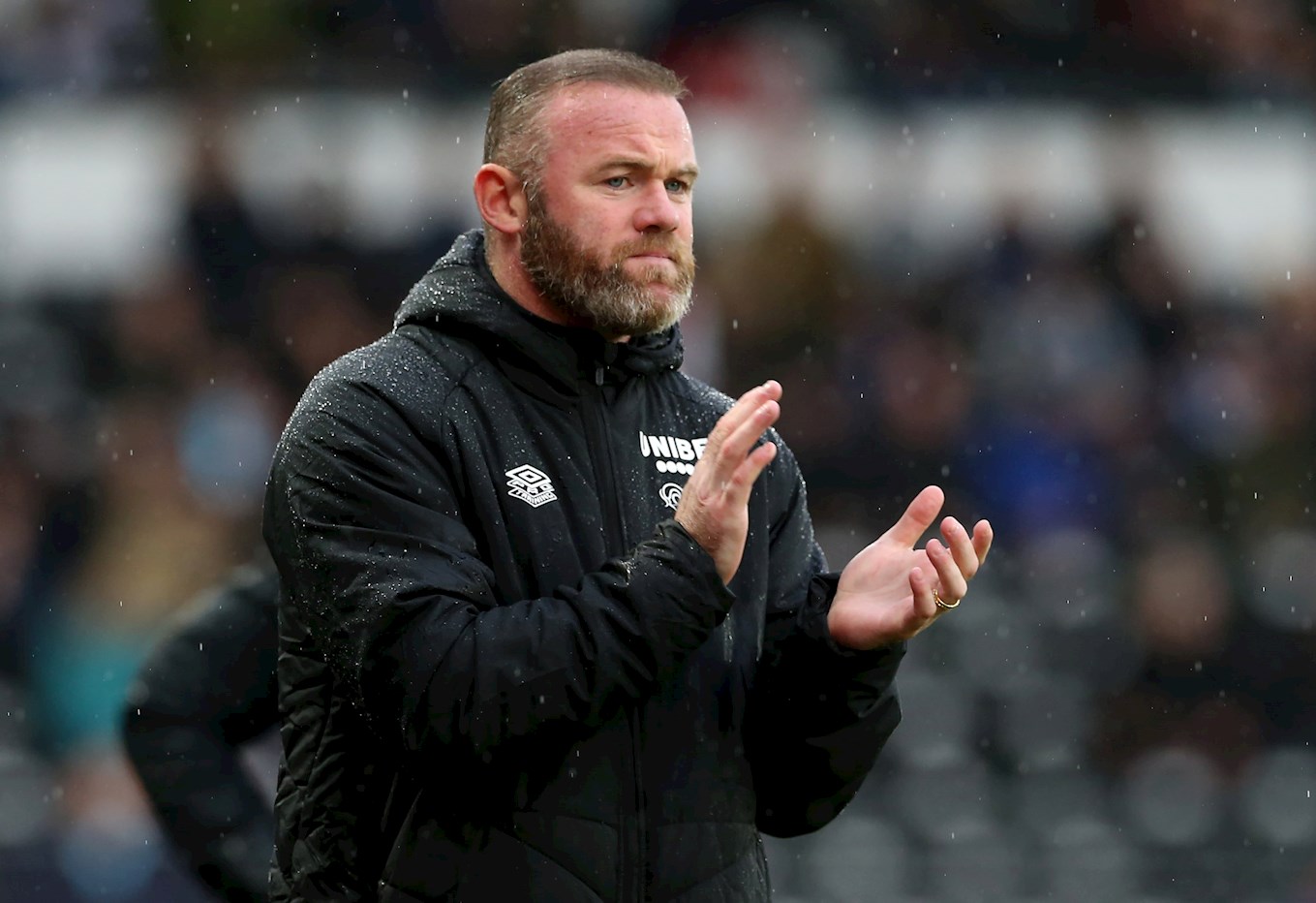 Wayne Rooney was initially appointed as part of an interim four man coaching staff after the dismissal of former Netherlands defender Phillip Cocu in November 2020 before being made sole interim manager later that month.

The Croxteth born forward made his debut as a 16-year-old in 2002 against Tottenham Hotspur before scoring a last minute winner against Arsenal, going on to win that year’s BBC Young Sports Personality of the Year.

His England debut came against Australia in 2003, and after scoring nine Premier League goals in 2003/04 and four goals at Euro 2004, he earned a transfer to Manchester United, who paid a record fee at the time for a teenager to take him to Old Trafford.

A hat trick on his debut, against Fenerbahce in the Champions League, saw Rooney get off to the best possible start but after falling just short the previous two seasons, he finally broke the 20-goal season mark in 2006/07 en route to winning his first Premier League title.

A Champions League winner’s medal was earned in Moscow the following year and in 2009 a third successive Premier League title was won with his 100th Red Devils goal coming in a 5-0 win at Wigan Athletic that August.

34 goal hauls in 2009/10 and 2011/12 were Rooney best goalscoring seasons and a fifth Premier League title followed in Sir Alex Ferguson’s final season in 2013 before being made captain of the club in 2014 when Louis Van Gaal took the reins.

That year would also see Rooney earn his 100th England cap against Slovenia at Wembley Stadium as well as breaking Sir Bobby Charlton’s goalscoring record in September 2015 against Switzerland.

In his final season at Old Trafford Rooney broke Charlton’s United scoring record too with a free kick at Stoke and he would finish on 253 goals for the club, winning the UEFA Europa League in his final match.

A brief return to Everton saw him score a hat trick against West Ham and after ending the season as the top scorer for the Toffees he departed for D.C United where he found the net 25 times in 52 games as well as being named D.C. United MVP after leading his side to from bottom of the Eastern Conference to the MLS Cup Play Offs in 2018.

January 2020 saw Rooney return to these shores, at 34 he joined Derby County and scored six Championship goals, the final one being a free kick winner against eventual Norwich City, before taking over from Cocu and presiding over a six-game unbeaten run before winning five out of six games over January and February 2021 that proved vital in steering the Rams to safety.

Over his time at Pride Park, Rooney has managed 51 matches recording 13 wins, 16 draws and 22 defeats. 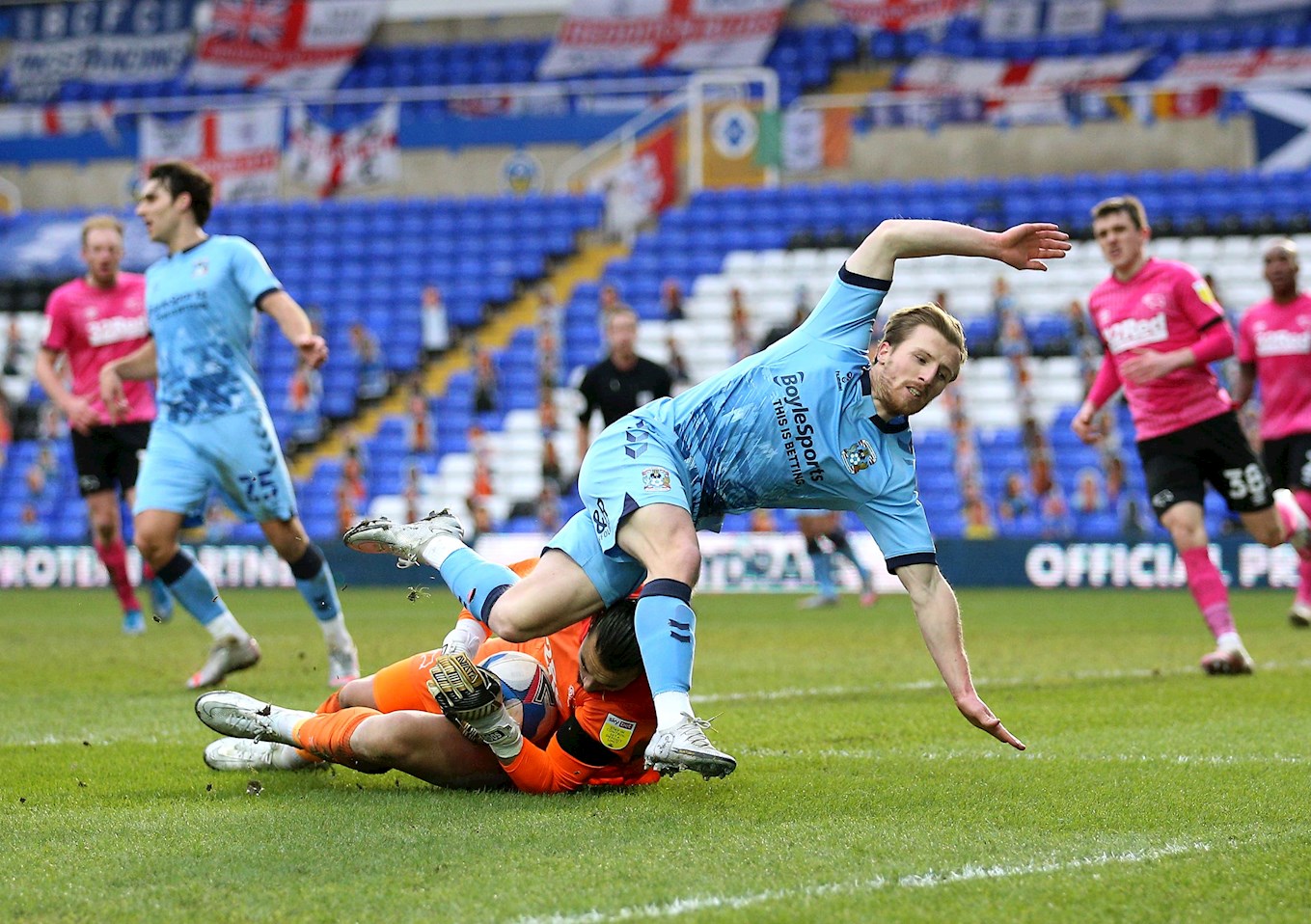 The two sides last met in March 2021, with the Sky Blue winning 1-0 at St Andrew’s in the Sky Bet Championship.

City made their early pressure count when Callum O’Hare intercepted Nathan Byrne’s pass to put Max Biamou through on goal and calmly finished past Kelle Roos after eleven minutes.

Biamou was inches away from doubling the lead before Matt Clarke was denied brilliantly by Ben Wilson from close range.

The second half began with Dom Hyam testing Roos, after the defender got on the end of Sam McCallum’s long throw.

Colin Kazim-Richards sent a header wide before Matty James fired a shot against the post but Mark Robins’ men held on to go six points clear of the bottom three. 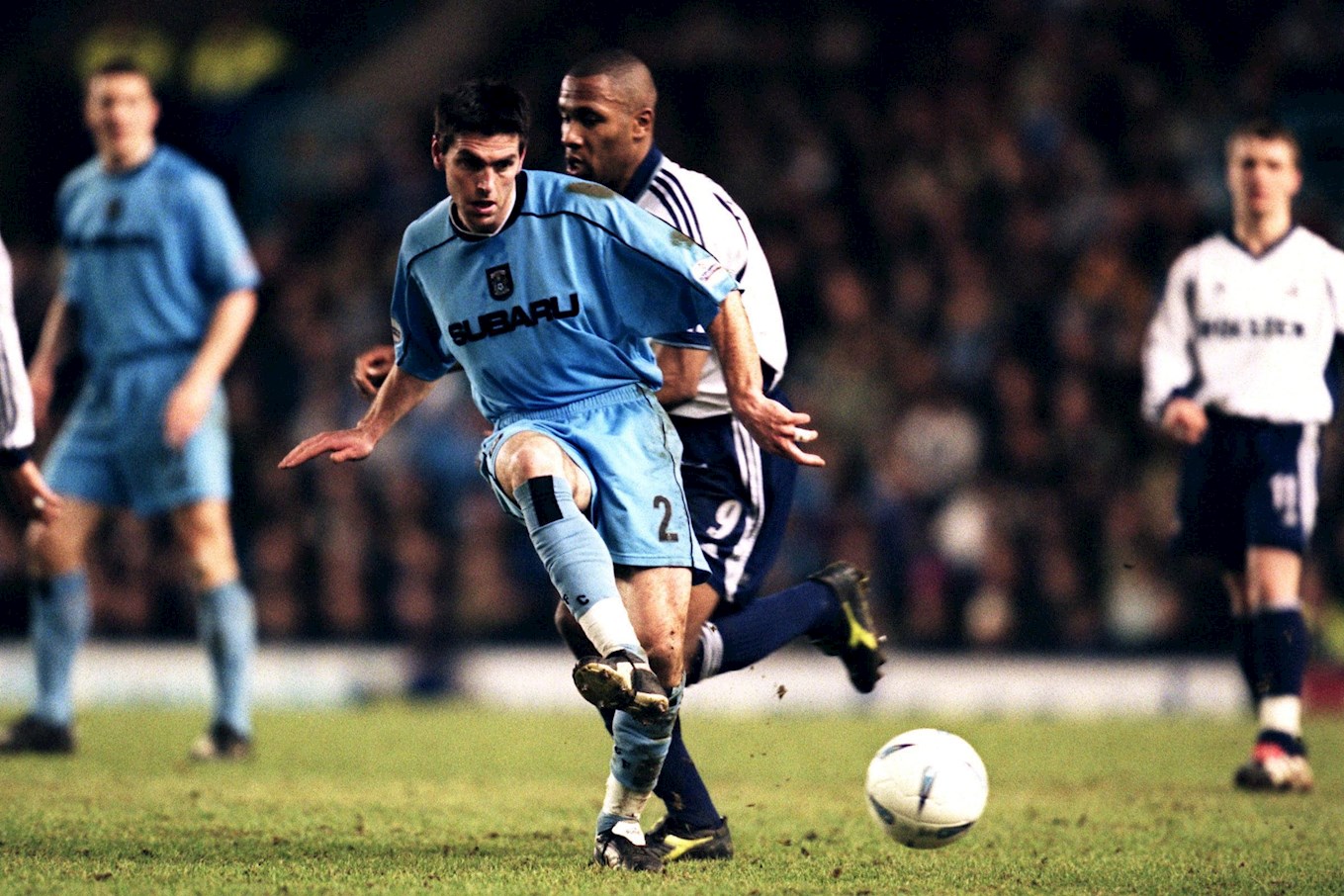 Defender Marc Edworthy joined Coventry City in 1998 and spent four seasons at Highfield Road before arriving at Derby County to begin a three-season spell from 2005.

Barnstaple born Marc began his career in 1991 with Plymouth Argyle and despite relegation in his first season he went on to become a first team regular at Home Park and earned a move up a division to Crystal Palace in 1995.

Whilst at Selhurst Park, Edworthy would win promotion to the Premier League after winning the 1997 First Division Play Off Final against Sheffield United at Wembley but the Eagles would go straight back down.

After 34 appearances in his first top flight season, Edworthy caught the eye of Gordon Strachan who bought the 25 year old to the West Midlands for a fee in excess of £1 million.

He made 22 appearances in his first season in Sky Blue, making his debut in a 0-0 with West Ham United then ten the following season as City earned 15th and 14th place finishes.

Edworthy scored his only goal for City in a 1-1 home draw against relegation rivals Manchester City on New Year’s Day 2001 and stayed for a year following relegation, bringing his Sky Blue career to an end after 85 appearances, moving to Wolves.

A season at Molineux saw Edworthy win promotion but he left for East Anglia where he would win a second promotion to the top flight in as many years with Norwich City but he would suffer his third top flight relegation with the Canaries in 2005.

Edworthy then headed to Pride Park and after 30 games in his first season, he then featured 38 times in his second season to win a fourth promotion to the top flight, coming off the bench in the play off final victory over West Brom at Wembley.

The Rams found life back in the top flight difficult to say the least and he only featured nine times with two further cup appearances.

Edworthy ended his career in the East Midlands, when after a short spell at Leicester, he made his final league appearance of his career in Burton Albion’s first ever Football League game before retiring in October 2009.

He became a Club Ambassador for Derby County in September 2017. 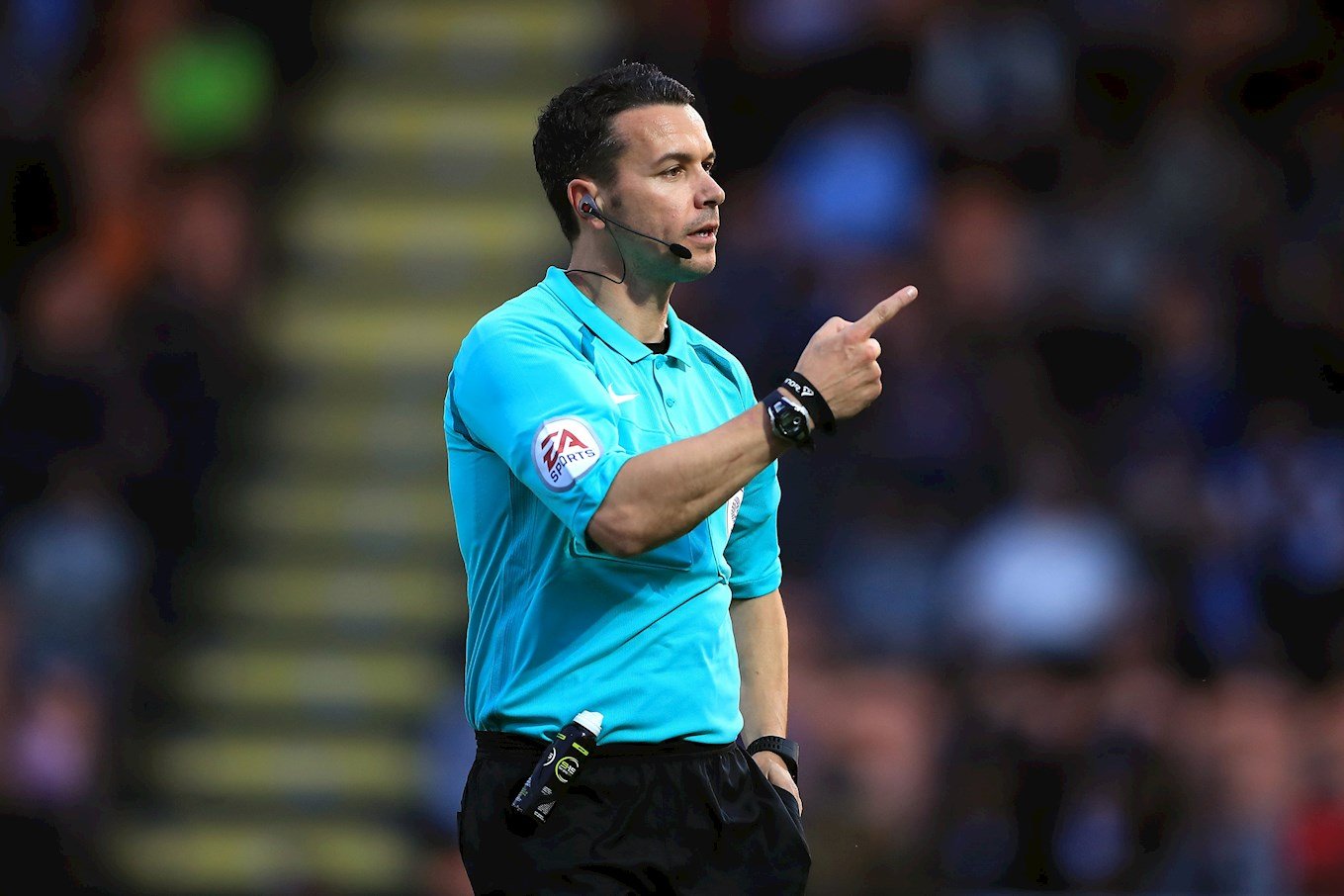 Dean Whitestone will be the man in the middle for the match with Derby County.

It will be the second time this season he will officiate a Sky Blues match, after overseeing the 2-0 defeat at Queens Park Rangers in August.

So far this season, Dean has awarded 31 yellow cards and one red card in his ten Championship and Carabao Cup matches. 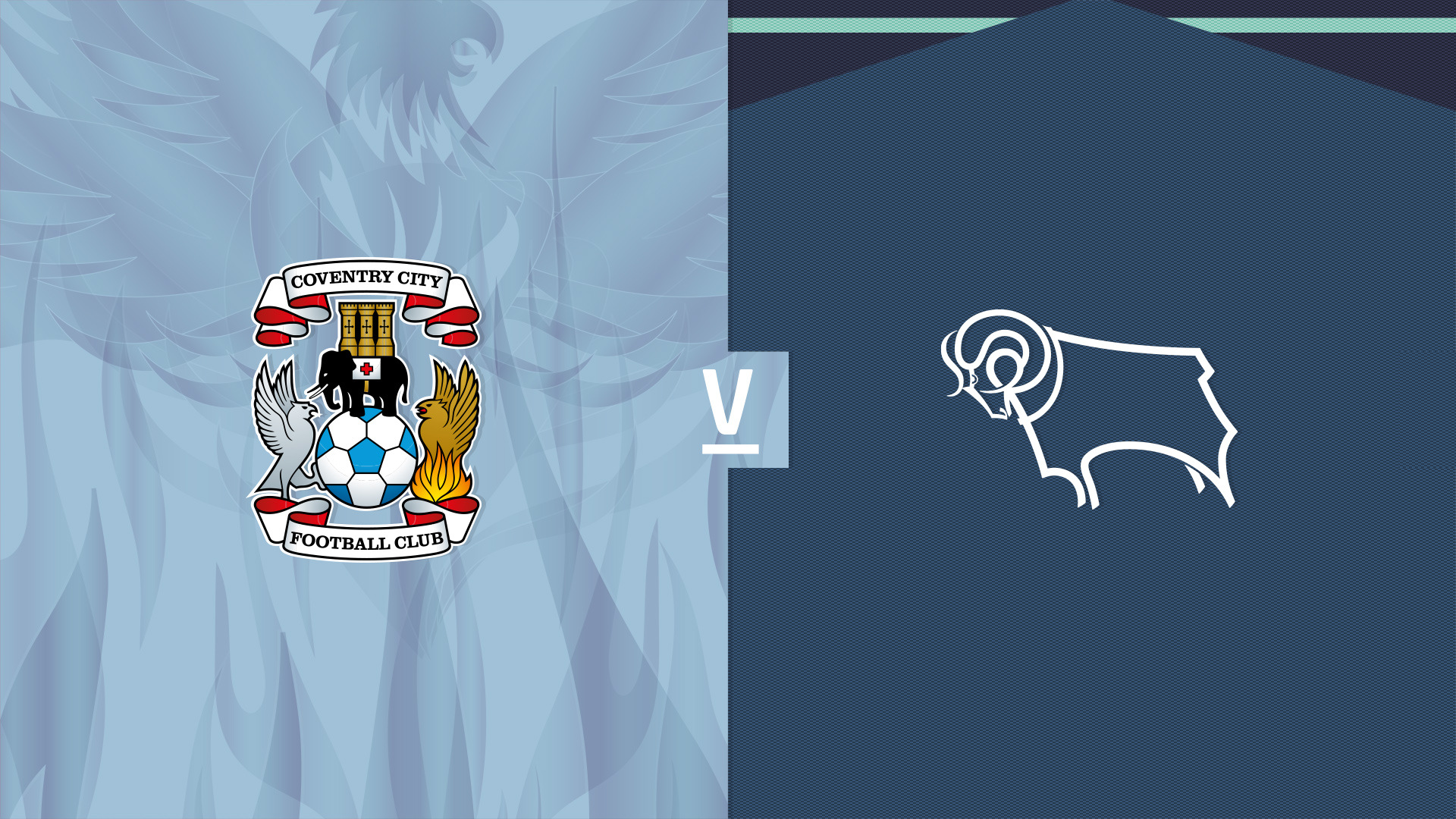 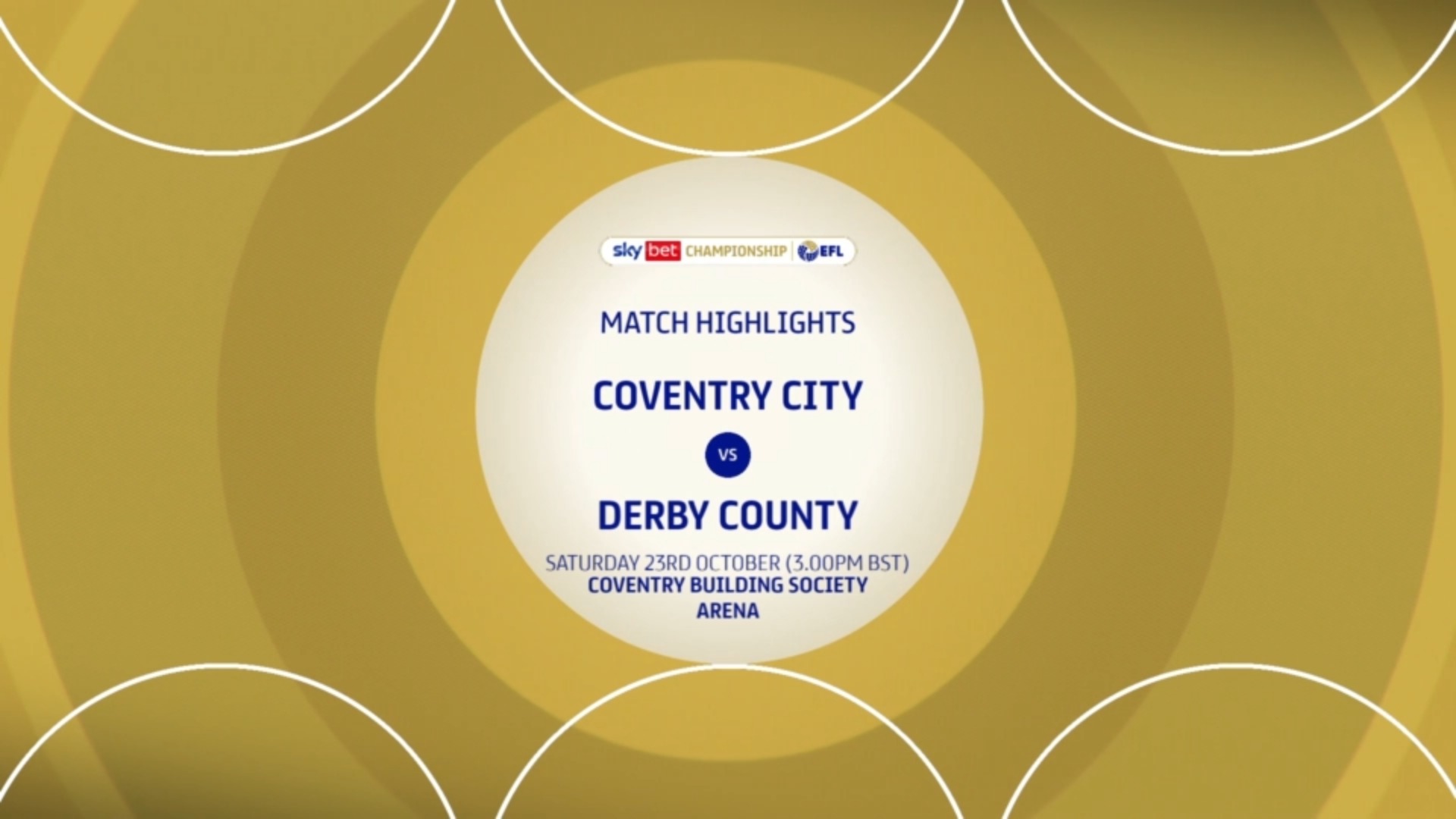 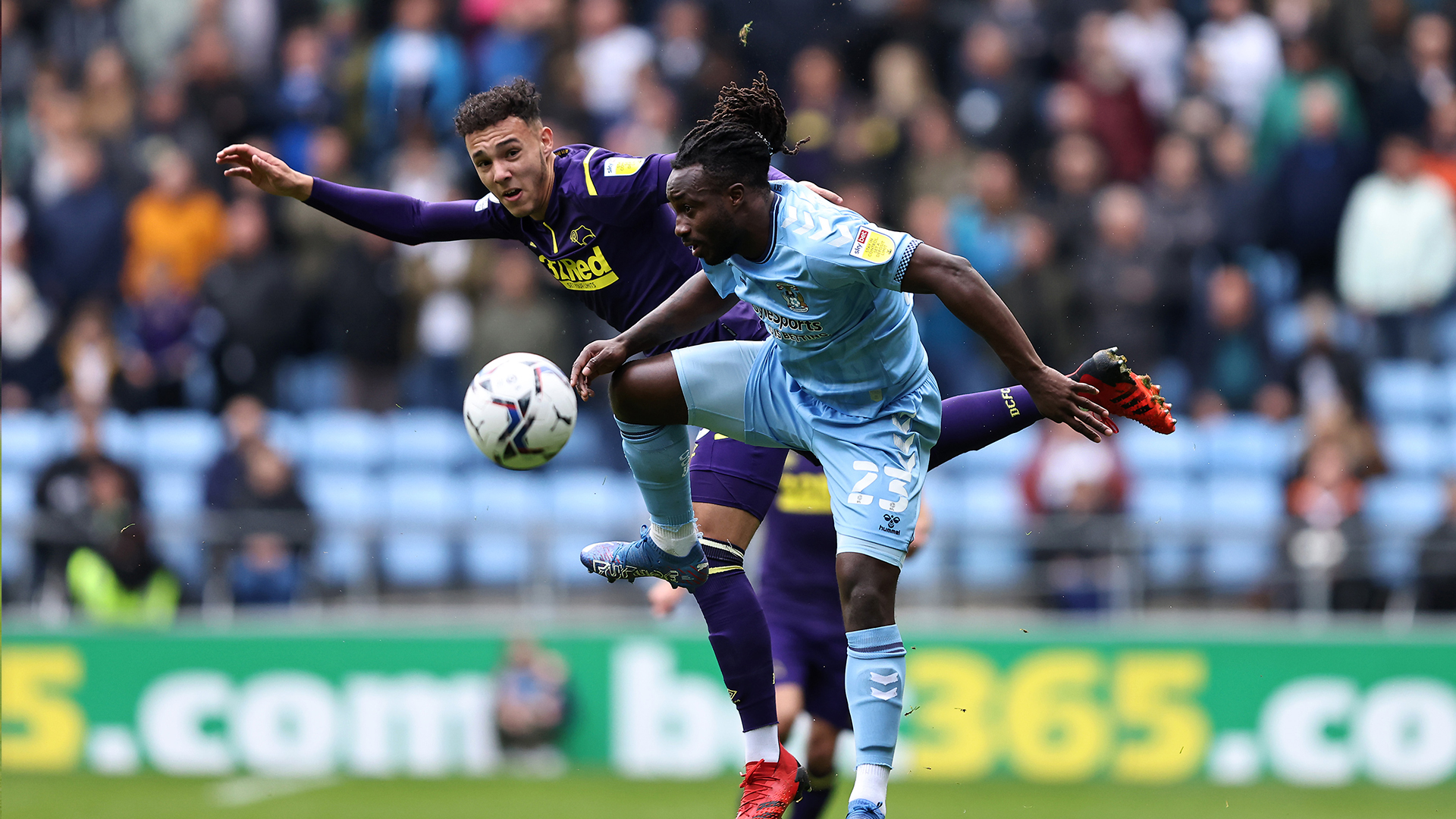