The Sky Blues welcome the visit of Hull City to the Coventry Building Society Arena in this midweek match-up. Here’s everything you need to know about our opponents. 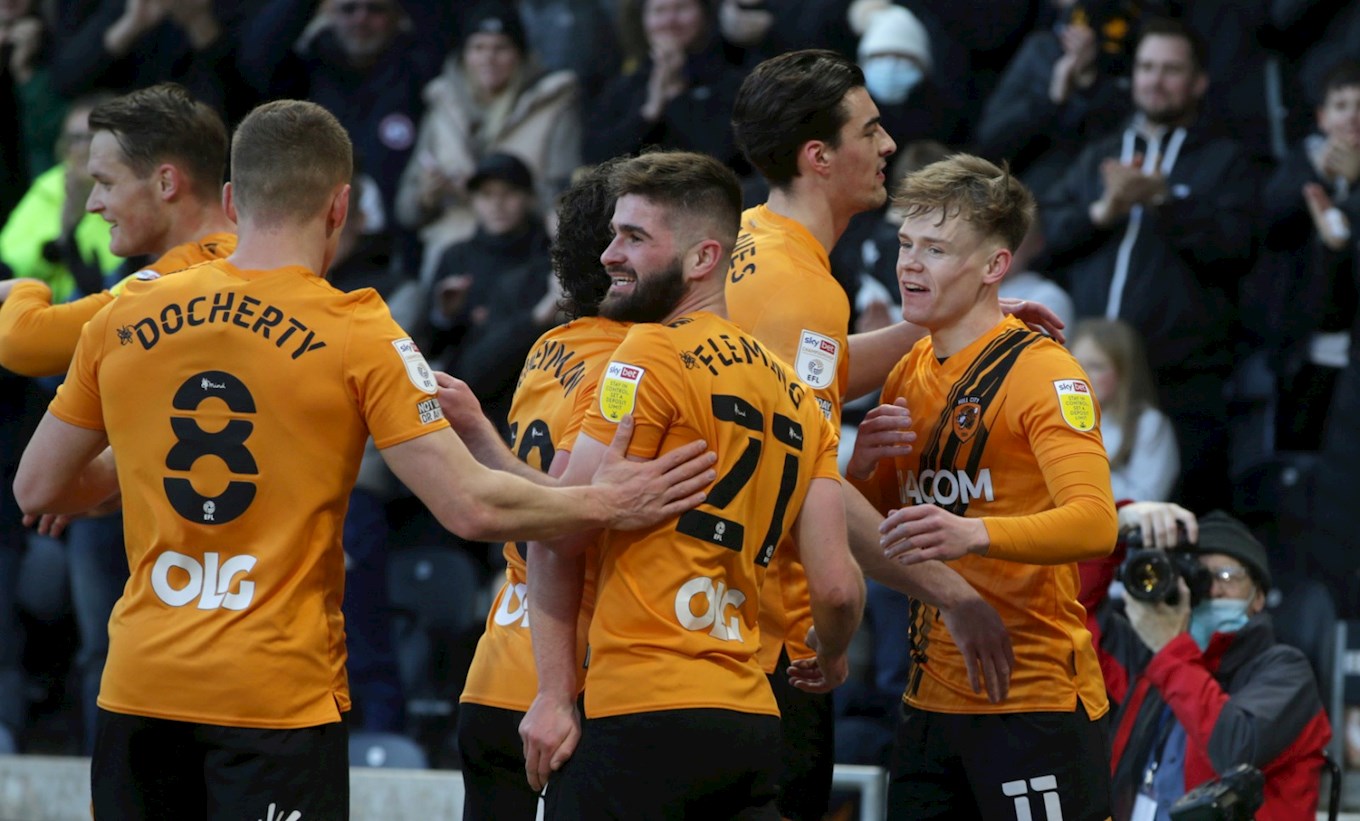 Hull City currently sit two places above the drop zone in 20th place, albeit with breathing room of 13 points from the relegation sports.

Swansea City’s Liam Walsh, Brentford’s Marcus Forss, and Fenerbache’s Allahyar Sayyadmanesh were brought in as reinforcements in winter window as the Tigers look to remain in England’s second tier.

However, the biggest arrival in January was that of new owner, Acun Illcali.

The Turkish businessman arrived at the back end of the month to the warm welcome of the Hull faithful, making an immediate impact by sacking manager Grant McCann and replacing him with Shota Arveladze. 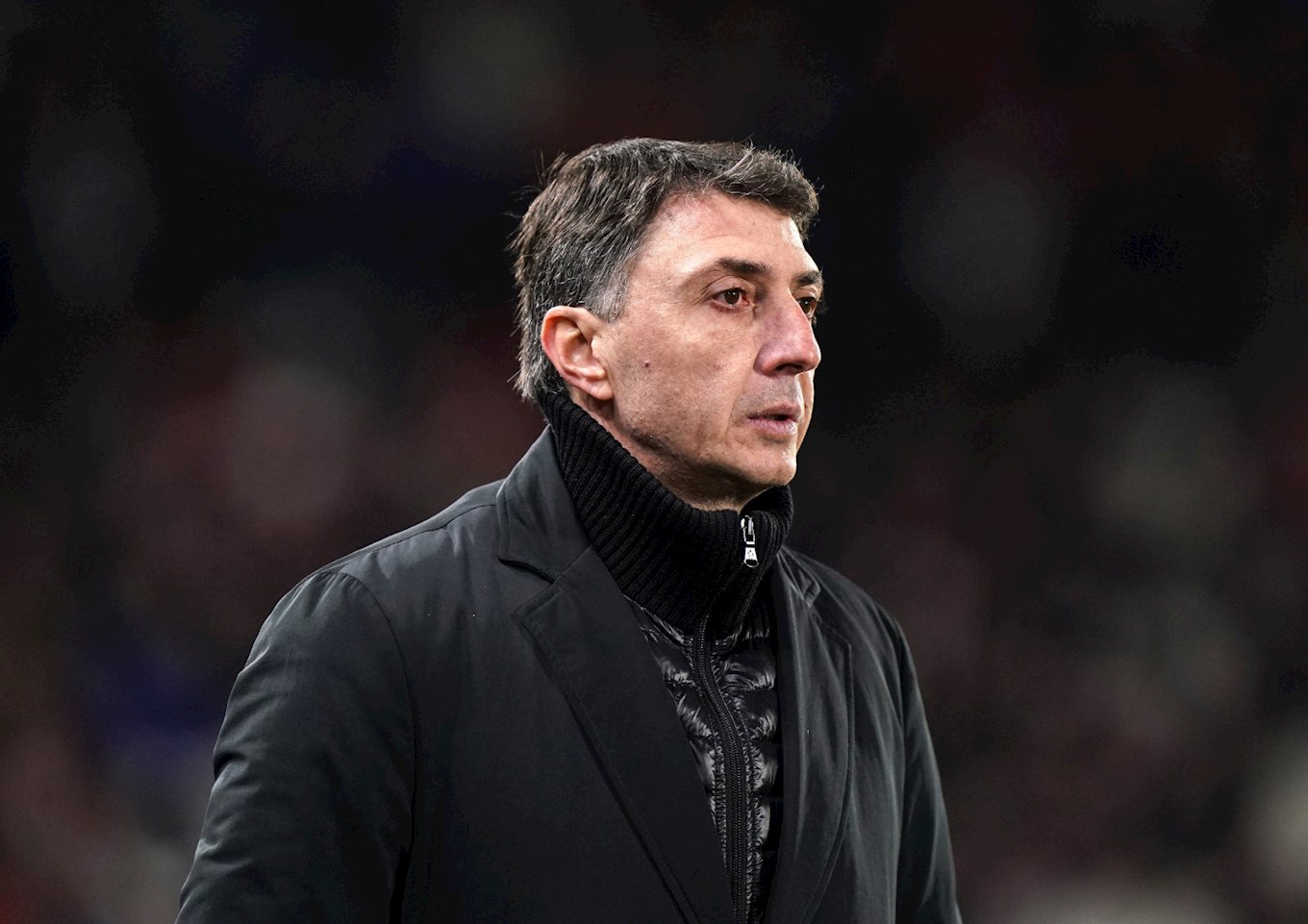 Hull City manger Shota Arveladze had a playing career that spanned eight years, with noticeable spells at clubs such as Ajax and Rangers.

Arveladze was a prolific goalscorer everywhere he went, scoring 258 times in 426 domestic appearances, and earned a move to Ajax in 1997.

Two league titles and half a century of goals later and the Georgian was on the move to Rangers, where he spent a further four years- winning two league titles, two Scottish Cups and two League Cups.

Following his stint with the Scottish giants, Arveladze wrapped up his career at AZ Alkmaar and finally with Levante.

After hanging up his boots, he returned to the game immediately, coming back to AZ as an assistant.

Arveladze went on to have managerial spells with Kayserispor, Kasimpasa and Trabzonspor- where he formerly played- before being appointed Maccabi Tel Aviv manager in 2016.

Following a year with the Israeli side, Arveladze found his way to Pakhtakor Tashkent FK in Uzbekistan where he spent three years prior to his first taste of English football with Hull City.

Matty Godden’s fourth goal of the season sealed victory last time out against the Tigers.

The Coventry striker swooped low to head into the far corner in the ninth minute, grabbing the game’s only goal at the MKM Stadium.

Further chances fell to Godden and his strike partner Viktor Gyökeres as the Sky Blues marched forward in search of a second goal.

Mark Robins’ side walked away with a clean sheet, confirmed in the late stages of the game as Simon Moore pulled off a marvellous save to deny Callum Elder. 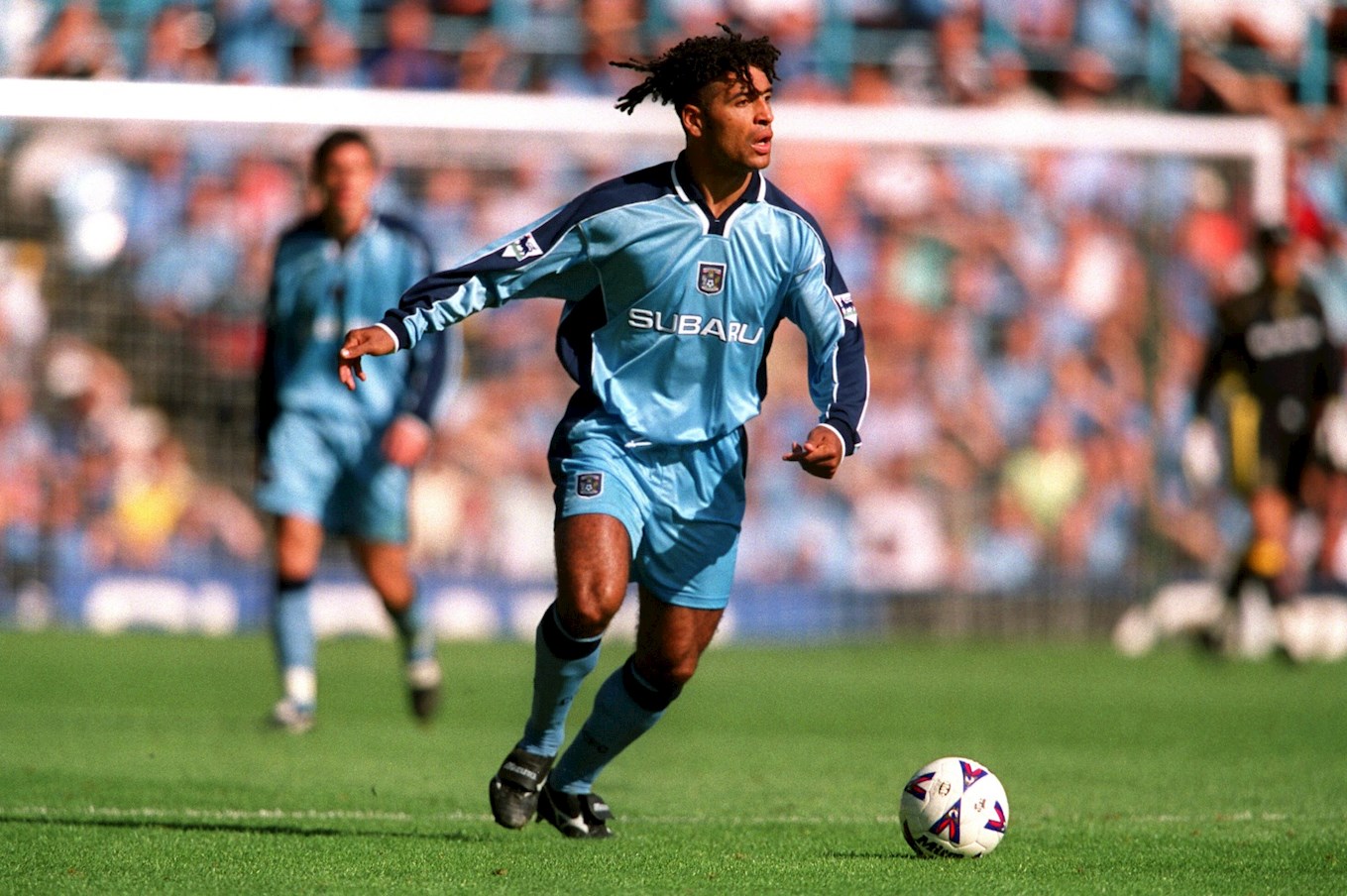 Having made over half of his near 600 career appearances with the Sky Blues, across a 11-year spell, Richard Shaw features as this week’s club connection.

The Brentford-born defender was nurtured as a part of Crystal Palace’s academy, making his debut in 1987 and reaching the 1990 FA Cup final with the club.

In his time with Palace, Shaw had a brief loan spell with Hull City in 1989, and moved to the Sky Blues in 1995 after seven seasons with the Eagles.

Shaw made over 350 appearances for the Sky Blues, scoring only once from the back- against Gillingham in 2004.

A move back to South London came after his Coventry days, signing with Millwall for two years to finish his professional career.

Shaw later returned the Sky Blues in 2012, taking up the role of assistant manager under Andy Thorn, and then succeeding him as caretaker manager until Mark Robins was appointed for his first City stint. 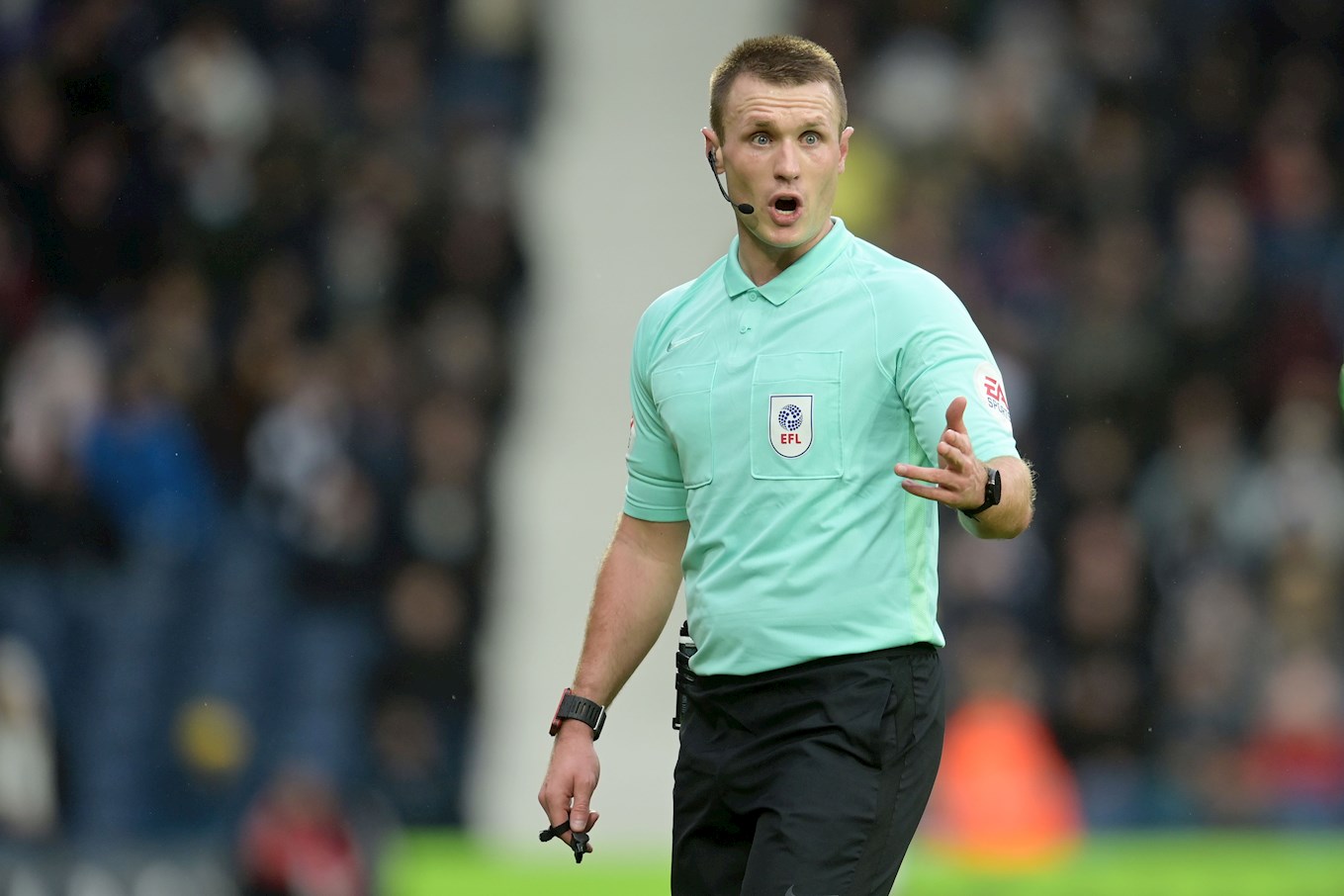 Thomas Bramall is the man in the middle for the midweek clash.

The Sky Blues fell to a 2-0 defeat to Hull City, despite Ian Maatsen's late goal being controversially chalked off.

The Sky Blues mounted attacks with hopes of comeback, but it was not to be for the Sky Blues who were without Mark Robins for a second successive game.

With only four minutes on the clock, Richard Smallwood struck home to give the Tigers an immediate lead.

Gustavo Hamer’s curling effort was a sign of a swift response from the Sky Blues and was promptly succeeded by Matty Godden’s swivel and hit- both clawed away by Matt Ingram.

Tigers star man Keane Lewis-Potter drifted forward and unleashed a shot from range, but was equally met by an impressive Simon Moore save.

The resulting corner drop favourably to Ryan Longman whose thunderous effort cannoned in off the crossbar, leaving Moore no chance in net, thus giving the away side a two-goal lead.

A wave of Sky Blue dominance followed, nearly amounting to a comeback goal when Callum O’Hare’s body feint and left-footed attempt was palmed away by Ingram once more.

An outstretched leg of Godden earned the Sky Blues a corner, from which Jake Clarke-Salter leapt highest to test Ingram, with that sequence being the first highlight of the half.

Tom Eaves was next to test his luck as he race ahead and set his sights on goal with his counterpart Godden winding up a strike moments later.

The Sky Blues thought they had a goal back when Ian Maatsen's volley appeared to cross the line - courtsey of a deflection - but referee Thomas Bramall's decision not to award the goal proved costly in any attempt to salvage a result. 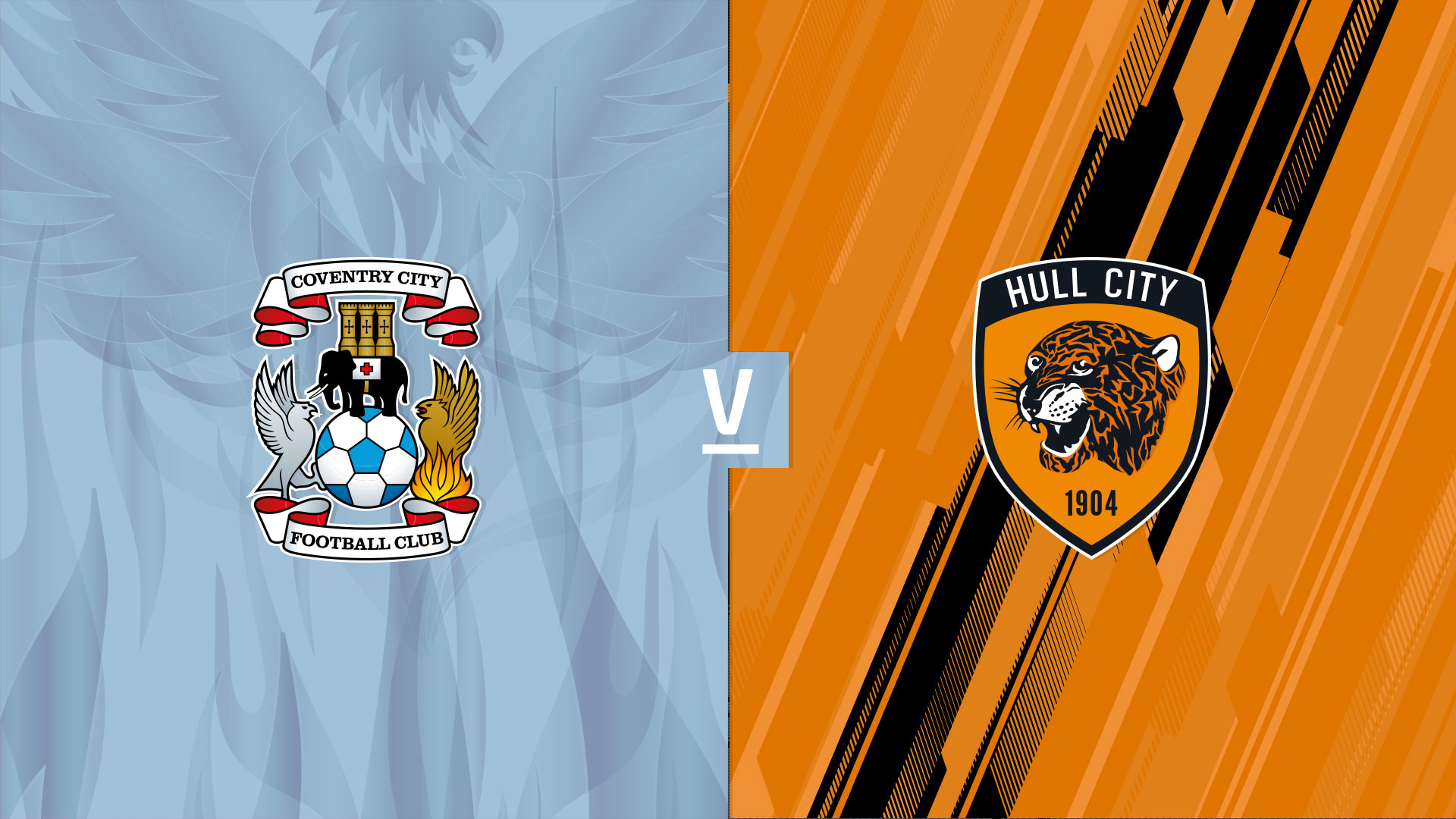 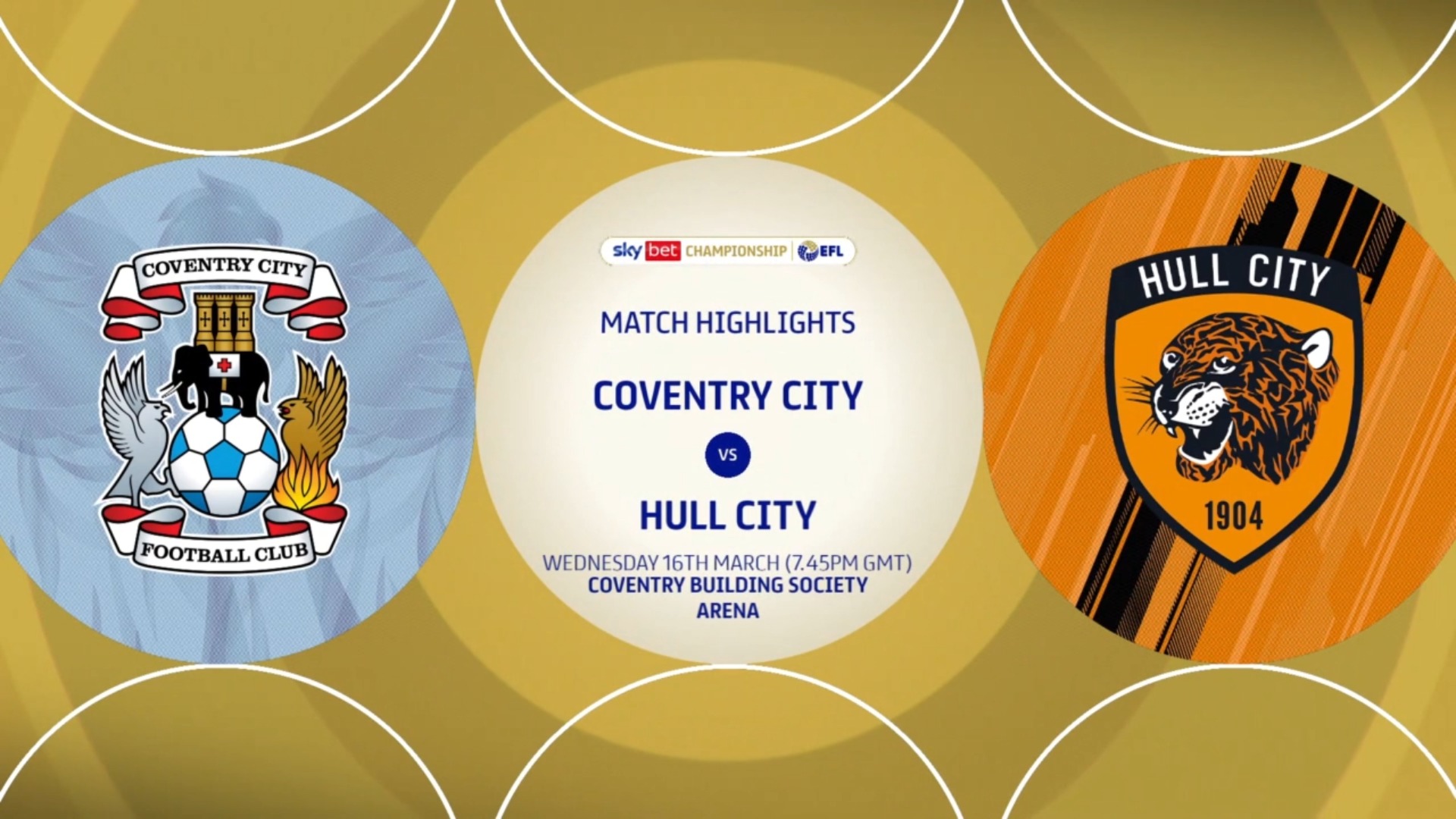 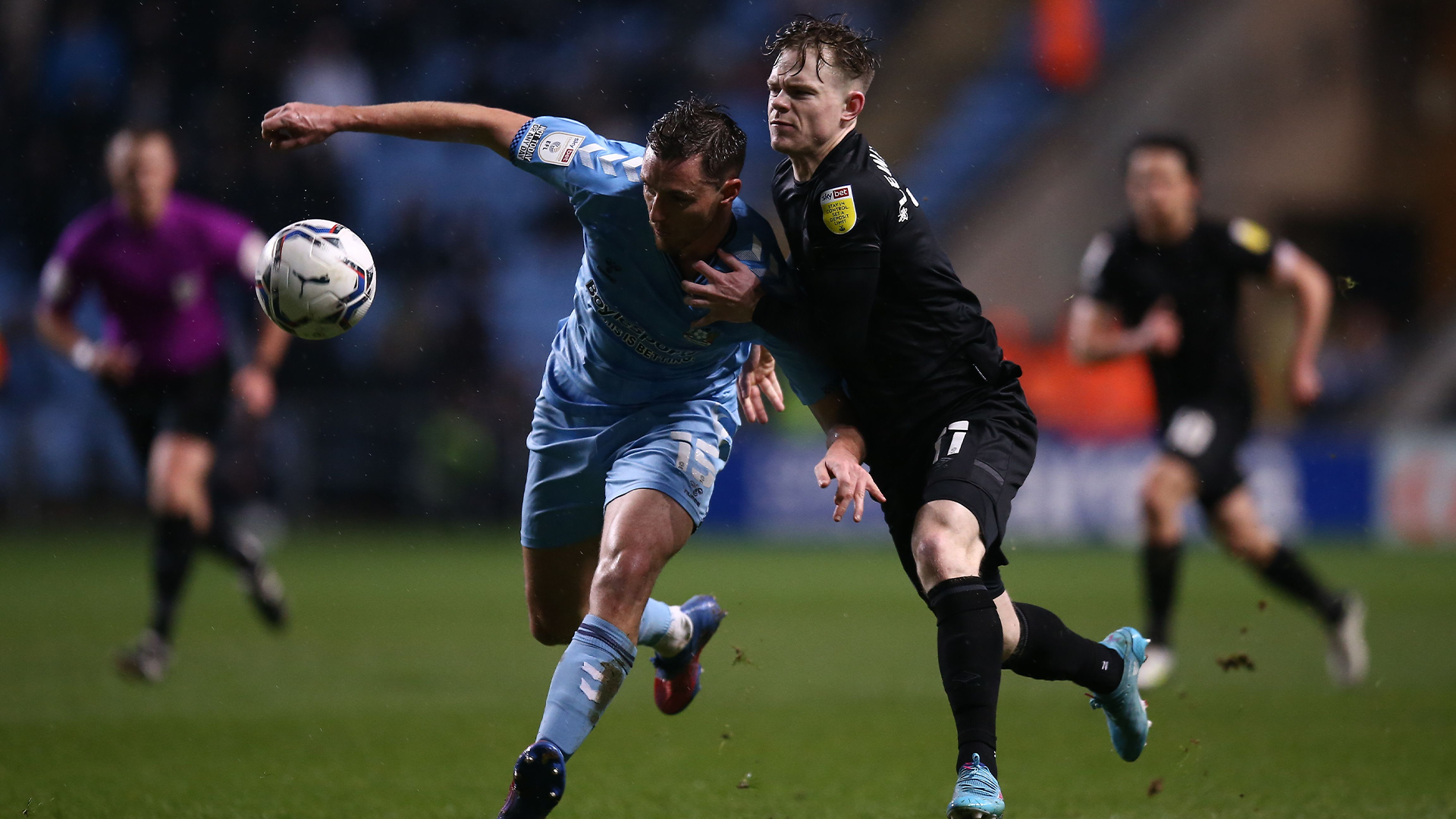