Derby County visit the Coventry Building Society Arena in the Emirates FA Cup Third Round this Saturday (12:30pm kick-off). Here’s everything you need to know about our opponents. 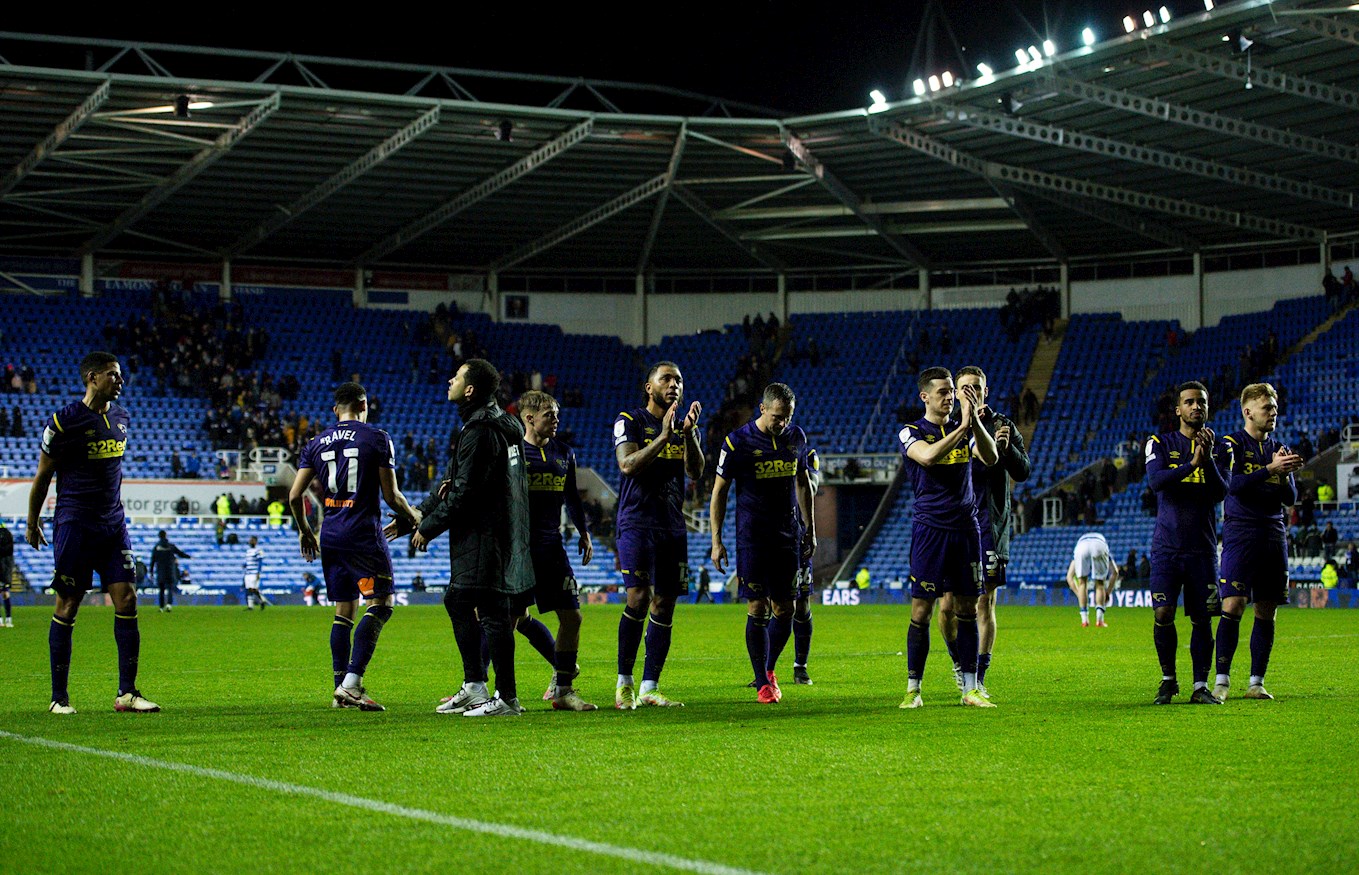 Derby County head into the weekend's game on the back of three wins from their last four league games.

Since then, Derby have announced a number of signings, including Ravel Morrison, Phil Jagielka, Richard Stearman, Ryan Allsop and Sam Baldock. Meanwhile, Rooney also appointed midfielder Tom Lawrence as team captain over the summer, the Wales international having joined the club from Leicester City in 2017.

The captain also holds the most goals for his side during the current campaign; Lawrence sits as Derby’s top scorer with five goals, while Colin Kazim-Richards and Curtis Davies are tied with four goals each.

In the league, Derby County have recorded seven wins, eleven draws and seven defeats from 25 games. 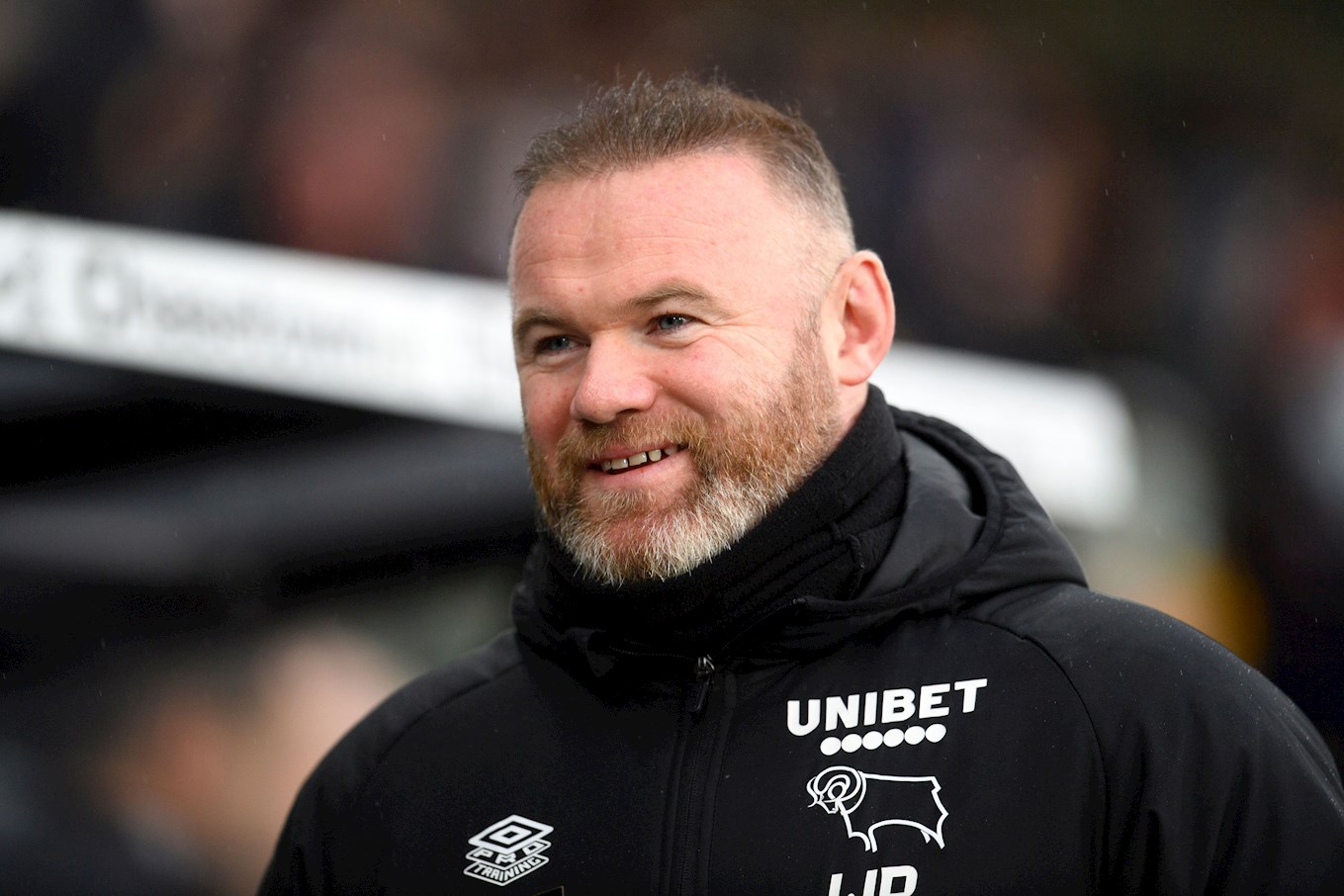 As a name synonymous with English football, Wayne Rooney officially marked the end of his illustrious playing career when he was appointed as Derby County’s permanent manager in January 2021, having initially taken the role on an interim basis when Phillip Cocu parted company with the club.

The Everton youth academy product marked his arrival in Everton’s first team with an assist for Mark Pembridge in a 2-2 draw at home to Tottenham Hotspur in 2002, but it was his last-minute winner against Arsenal only five days before his 17th birthday which gained the attention of many.

In December 2002, Rooney was unveiled as the BBC Young Sports Personality of the Year and only months later the 17-year-old became the youngest player to score for England with his equaliser against Macedonia in a UEFA Euro qualifying match.

Rooney earned a transfer to Manchester United in 2004, where he would go on to become all-time top goalscorer with 253 goals in 14 years. The club legend won 16 trophies during his time at Manchester United and became one of only two players, alongside teammate Michael Carrick, to win the Premier League, UEFA Champions League, UEFA Europa League, FIFA Club World Cup, FA Cup and League Cup.

On the international stage, Rooney also claimed the record of all-time top goalscorer for England with 53 goals, also earning four England Player of the Year awards. With 120 international caps, Rooney featured in the 2006, 2010 and 2014 World Cups, earning the second most England appearances behind Peter Shilton.

A brief spell at hometown club Everton upon leaving Manchester United in 2017 saw Rooney end the season as top goalscorer before moving on to D.C. United in the MLS. It was in 2018 when Rooney was named as D.C. United MVP, claiming the club’s golden boot in the same year. A return to England in January 2020 with Derby County led to Rooney scoring six Championship goals before moving into management.

In his first season in management, Rooney ensured Derby’s Championship survival and has since engineered a strong run of form in an attempt to lift Derby from the bottom of the Championship.

The Sky Blues last faced this weekend’s visitors in October, when a 1-1 draw courtesy of goals from Matt Godden and Graeme Shinnie could not separate the two sides at the Coventry Building Society Arena in SkyBet Championship action.

Godden’s first-half penalty gave City the advantage going into half-time, but end-to-end action saw opportunities for both sides when Colin Kazim-Richards had an effort bounced off the post and Godden had a second goal ruled out for offside in the second half.

However, the points were shared when Shinnie’s volley hit the back of the net in the 78th minute, despite a late chance for Ian Maatsen to snatch the win late on. 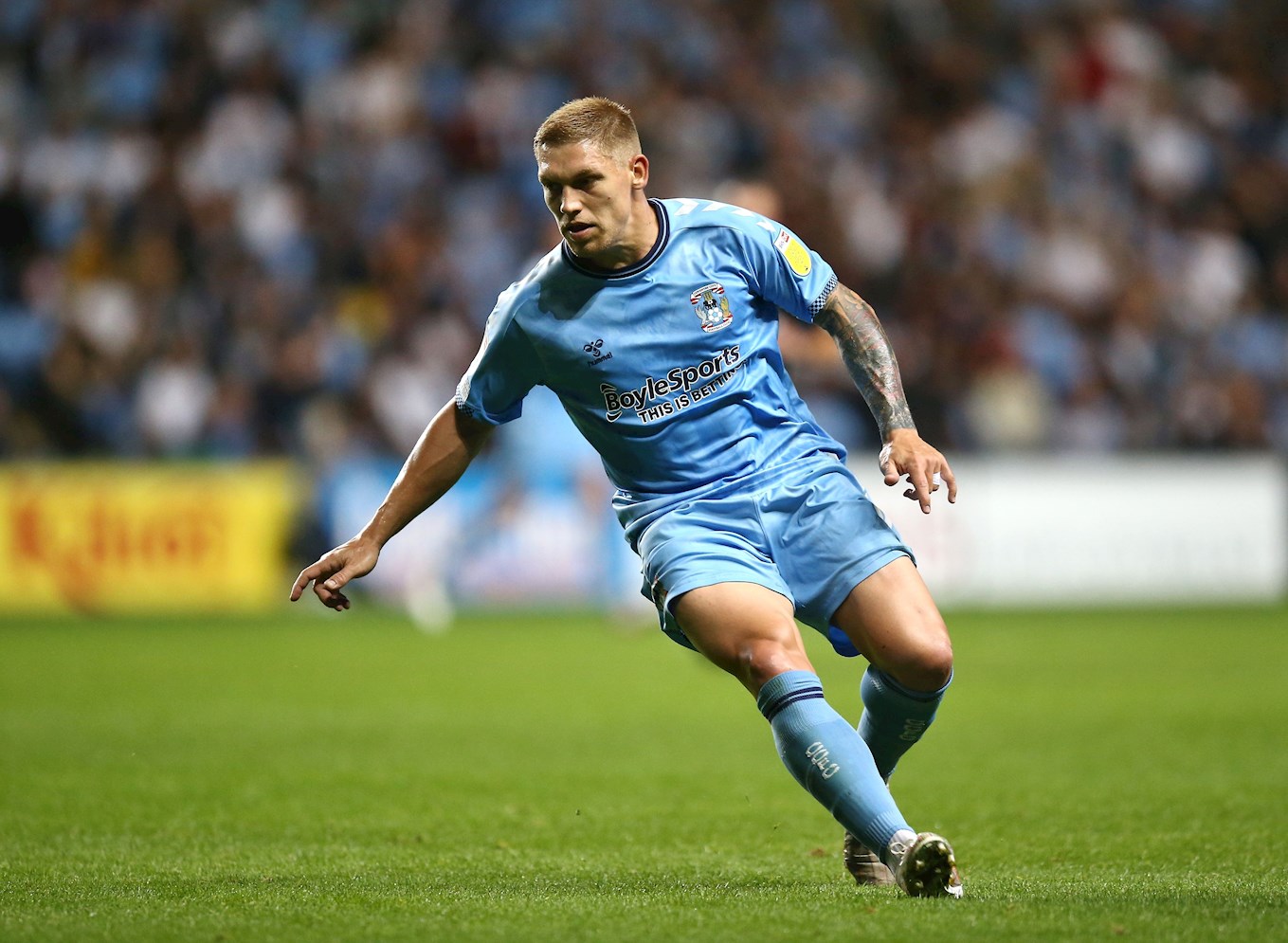 Martyn began his career at Sunderland, having progressed through the club’s academy to make his first team debut against Manchester United on Boxing Day in 2007, before heading out on loan to Charlton Athletic. During his next loan move to Leicester City, Waghorn earned the club’s Young Player of the Year award for 2010. As a result of his performances, the forward earned a permanent move to the Foxes in the summer of 2010, and it was against the Sky Blues when Waghorn made his second debut for the club in a 1-1 draw.

Loan moves to Hull City, Millwall and Wigan Athletic followed, resulting in a permanent move to Wigan in 2014, as a result of impressing the Wigan hierarchy with three goals in nine appearances.

Following a successful period in Scotland, Waghorn joined Ipswich in August 2017. Only five days after his arrival in Suffolk, Waghorn scored the winner on his league debut against Barnsley, and went on to score in three consecutive league appearances upon his arrival. At the conclusion of his first season with Ipswich, he finished as top goalscorer with 16 goals.

After a season at Ipswich, Waghorn made the move to Derby County under Frank Lampard, where he featured in the club’s playoff campaign in 2019, which came to a close with a 2-1 defeat against Aston Villa at Wembley. Following the expiration of his contract at Derby last summer, Martyn made the move to sign for Mark Robins’ Sky Blues in July 2021. 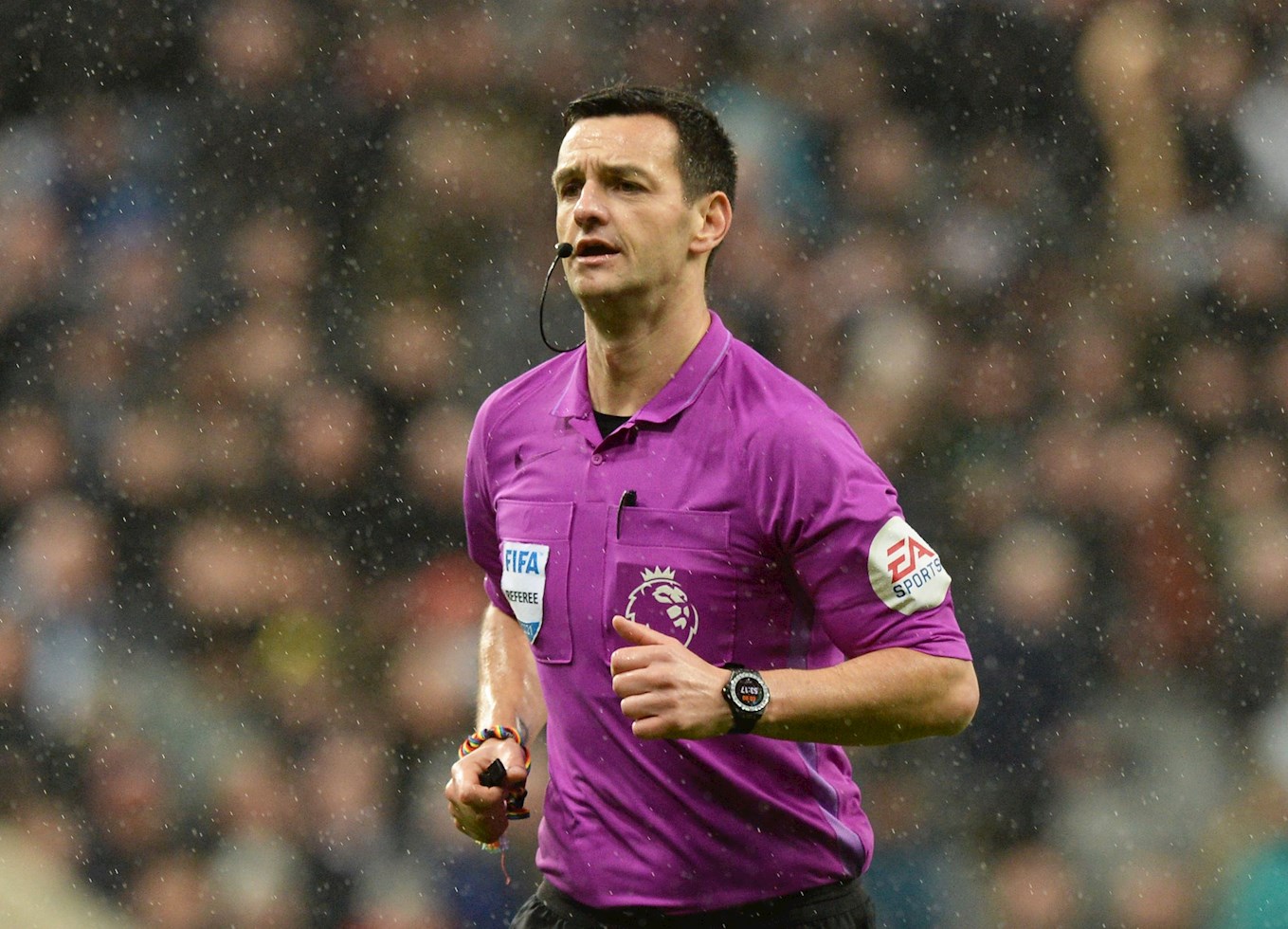 Andrew Madley will be the referee for this weekend’s FA Cup tie.

Matthew Wilkes and Craig Taylor will be Assistant Referees, while Benjamin Speedie will be Fourth Official.

A rainy Coventry Building Society Arena failed to dampen City’s afternoon as the Sky Blues progressed into the Emirates FA Cup Fourth Round today, courtesy of Dom Hyam's header in a 1-0 victory versus Derby County.

Ben Wilson was called into action within two minutes when Tom Lawrence latched onto a dangerous low ball into the box, the Derby captain fizzing a powerful shot and forcing an emphatic save from the Sky Blues goalkeeper in the opening moments.

City had a flurry of chances on the quarter-hour mark, as Godden had a golden opportunity to open the scoring when a misplaced pass in the Derby midfield allowed the striker to have a shot from the edge of the box, however the effort was fired over the bar.

Hamer hoped to get his name on the scoresheet just shy of the half-hour mark when he received the ball on the edge of the box from a corner, however the midfielder’s shot was blasted into the sea of Derby bodies in the box, only to roll into the hands of Allsop before the onrushing Godden.

The Sky Blues got the Coventry Building Society Arena off their seats on 30 minutes when Sheaf played Kane through on the right flank, when the full-back pulled it back for Allen who smashed a shot off the post from the edge of the box.

However it was not long afterwards when City broke the deadlock in the contest, as Hyam rose highest from Kane’s floated corner to nod the ball across the path of Allsop and into the back of the net for the defender’s first goal of the season.

City had the momentum upon the restart; the tireless efforts of Godden and Shipley pressurising the Derby midfield when the Sky Blues were out of possession. Despite a late Ebosele cross with no teammate ready in the box, City went into the changing rooms at half-time with the advantage.

As both sides battled for possession at the beginning of the second half, Allen burst forwards and played an impressive one-two with Shipley before playing the ball back to Shipley once inside the box, but his strike on goal was deflected for a corner which Derby defended.

Derby’s best chance of the game so far fell to the feet of Ebosele on 63 minutes, whose effort to place the ball into the top corner of the net at 12 yards out was denied by a fine save from Wilson when the Derby man found space in the centre of the box.

The visitors looked to ramp up the pressure when manager Wayne Rooney opted to make the maximum of five substitutions in quick succession in the late stages of the game, with the fresh introductions influencing a period of possession for Derby in the final minutes.

The height of Derby’s pressure culminated in two consecutive blocks from the Sky Blues in the box, as the second effort from substitute Sam Baldock forced a corner which was defended well by City on 87 minutes.

Following the referee’s announcement of four additional minutes, a corner from the visitors saw goalkeeper Allsop connect with a header. However, the effort sailed over the bar and the referee brought the contest to a close moments later, as the Sky Blues’ FA Cup journey continues.