The Sky Blues entertain Barnsley this Saturday at the Coventry Building Society Arena in the SkyBet Championship. Here is everything you need to know about our opponents.

After reaching the Championship play-offs last campaign, Barnsley find themselves at the opposite end of the table this season, bottom of the league.

Former manager, Valerien Ismael, departed in the summer for Premier League hopefuls West Bromwich Albion, with Tykes talisman Alex Mowatt following him across to the Baggies.

Come the winter window and two loan signings arrived, in the form of two attacking players- Watford’s Domingos Quina and Metz’s Amine Bassi- who will look to help Barnsley in their fight for survival.

Cauley Woodrow is the Tykes top goal-scorer with four to his name and Callum Brittain is the club's top assister, setting up three goals. 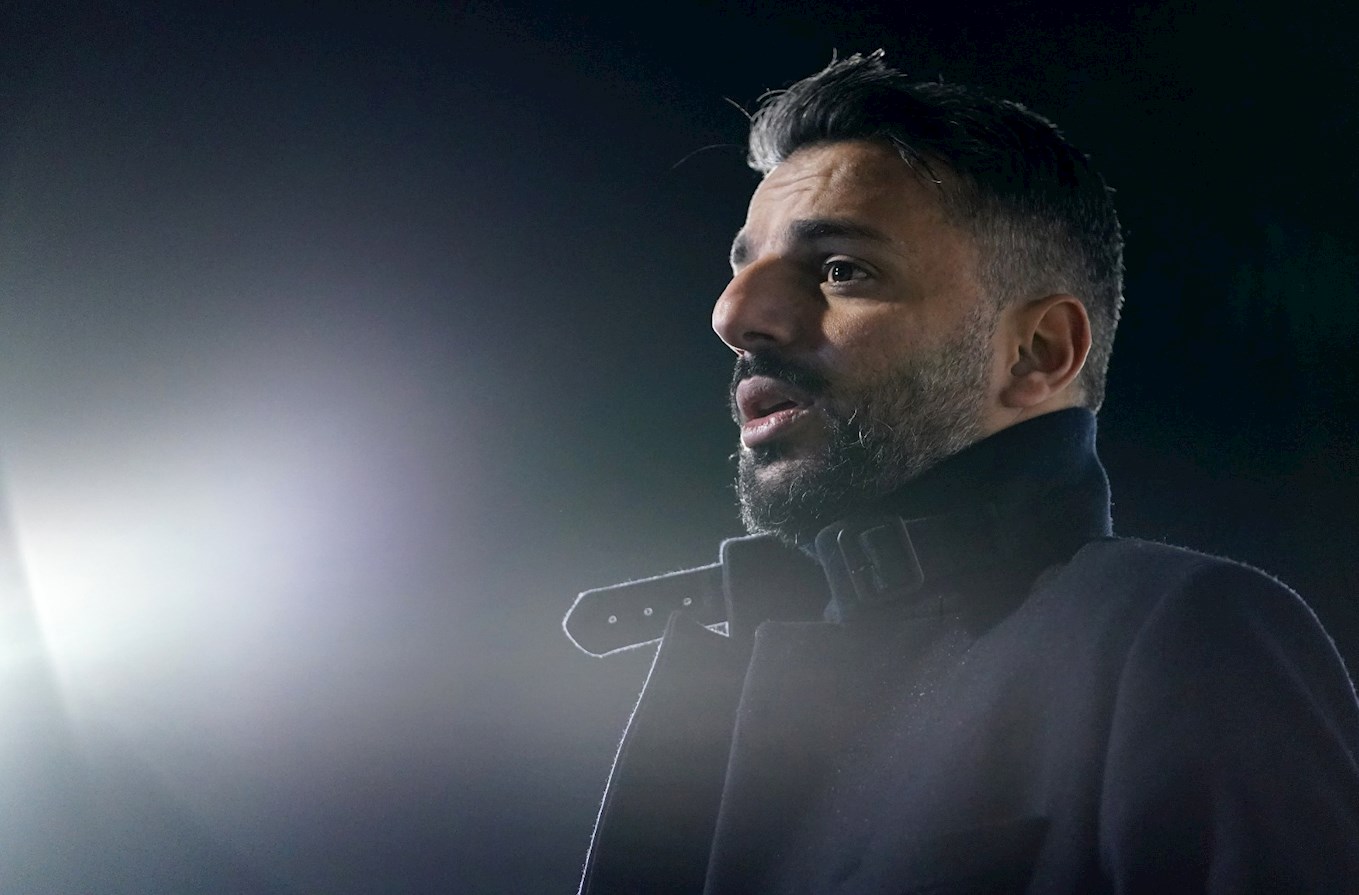 Poya Asbaghi’s journey into management came via a different route to many of his Championship managerial counterparts, with the Swedish Iranian manager having not played professionally in the game.

Asbaghi embarked on his coaching career at Dalkurd FF in 2014, as an assistant, then progressing to becoming their manager, where he continued until 2017.

Gefle IF, faired as a brief pit-stop, before Asbaghi moved onto IFK Goteborg in the top tier of Swedish football. During his time at Goteborg, Asbaghi was offered the vacant Barnsley job, but he turned down the opportunity.

A step into international football followed, with Asbaghi taking charge of Sweden’s Under-21 side from 2020-2021. In November 2021, Asbaghi was appointed Barnsley head coach, after Markus Schopp was relieved of his duties. 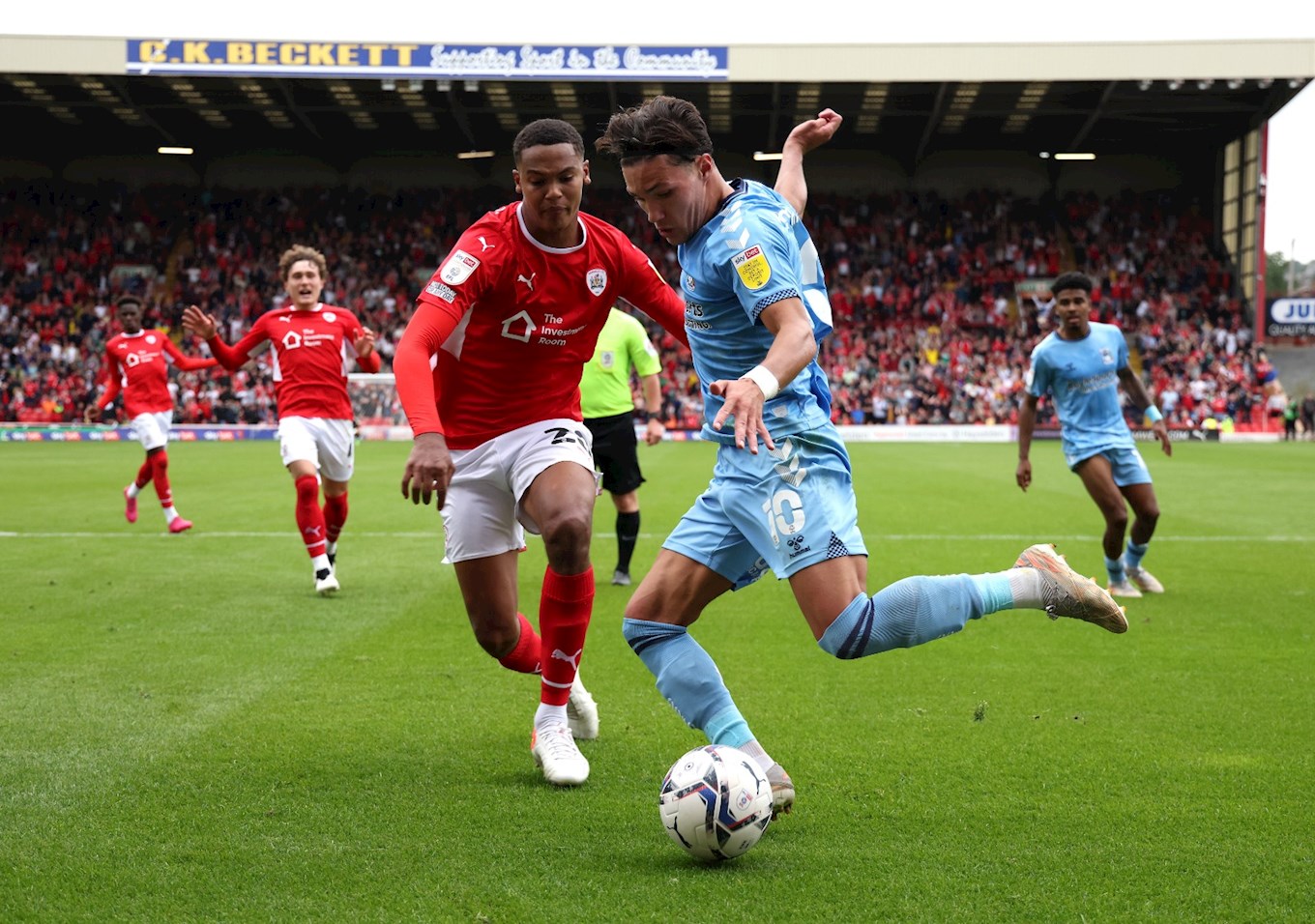 The Sky Blues last match against Barnsley ended in a 1-0 defeat at Oakwell, in City’s second league match of the season.

After the dramatic opening day win versus Nottingham Forest, Mark Robins’ side started brightly, looking to make it two wins on the trot.

However, it was the hosts that took the lead, with Dominik Frieser opening the scoring just before half-time.

The Sky Blues went close on several occasions in the second half and looked to have salvaged a point in the final minutes, but Viktor Gyokeres’ penalty strike was saved by Bradley Collins, gifting Barnsley all three points. 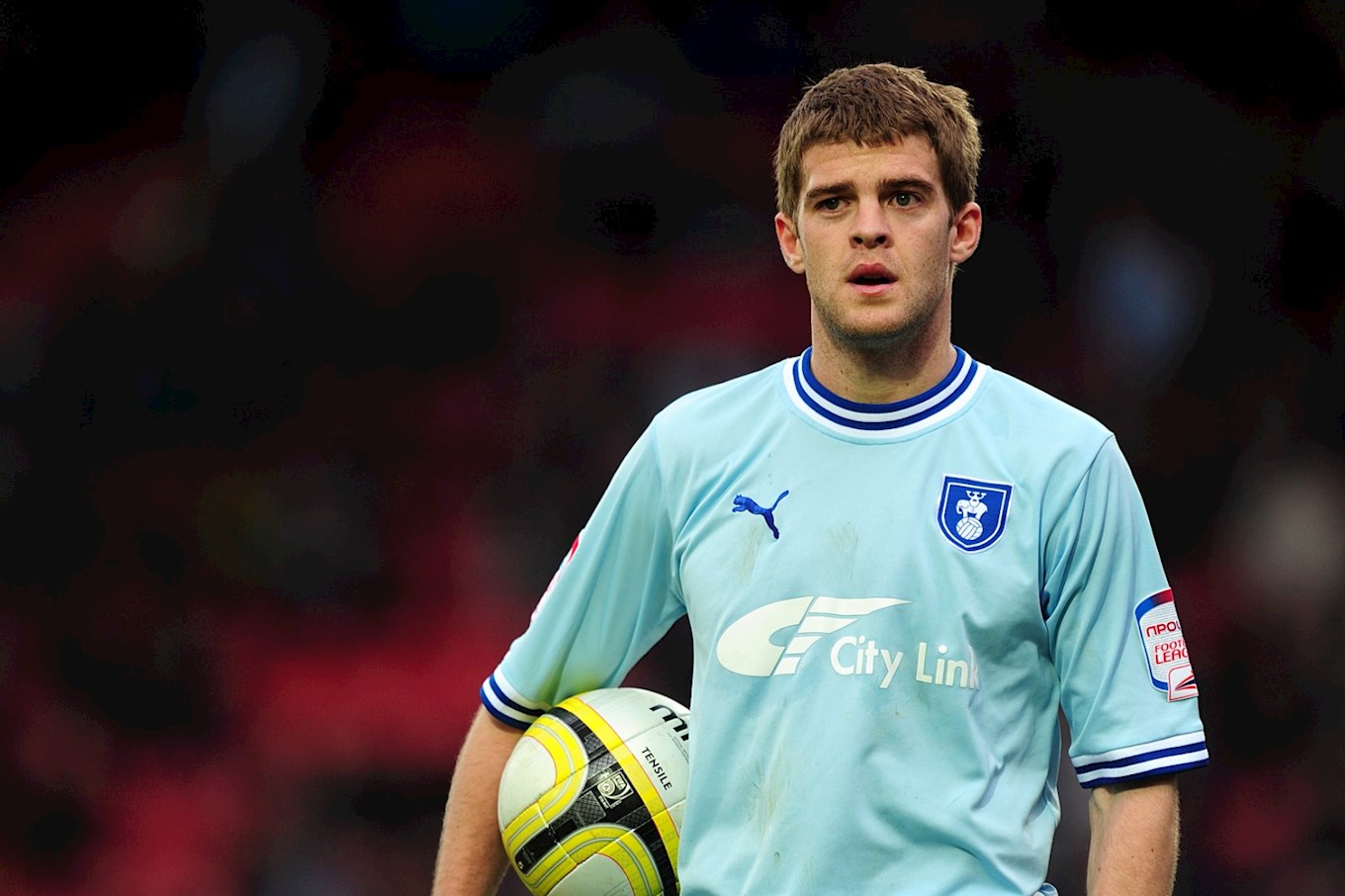 Martin Cranie began his career with Southampton, progressing through the Saints academy before breaking into the first team for 16 appearances across three years.

In his time with his parent club, Cranie gained experience on loan at Bournemouth and Yeovil Town, then leaving Southampton to join close rivals Portsmouth in 2007.

Two more loan spells followed, with Queens Park Rangers and Charlton Athletic, where the defender then joined the Sky Blues in 2009.

In his time with Coventry, Cranie made over 100 appearances in Sky Blue and had one of the longest stints in his professional career.

After three years with City, Cranie moved onto Barnsley, the club in which he made his Sky Blues debut against, enjoying a long playing spell with the Tykes.

Another 100 appearances followed at Barnsley, but after three years, the Englishman was released from the League One side.

Moves to Huddersfield Town, Middlesbrough, and Sheffield United followed, with Cranie last having played for Luton Town in 2021. 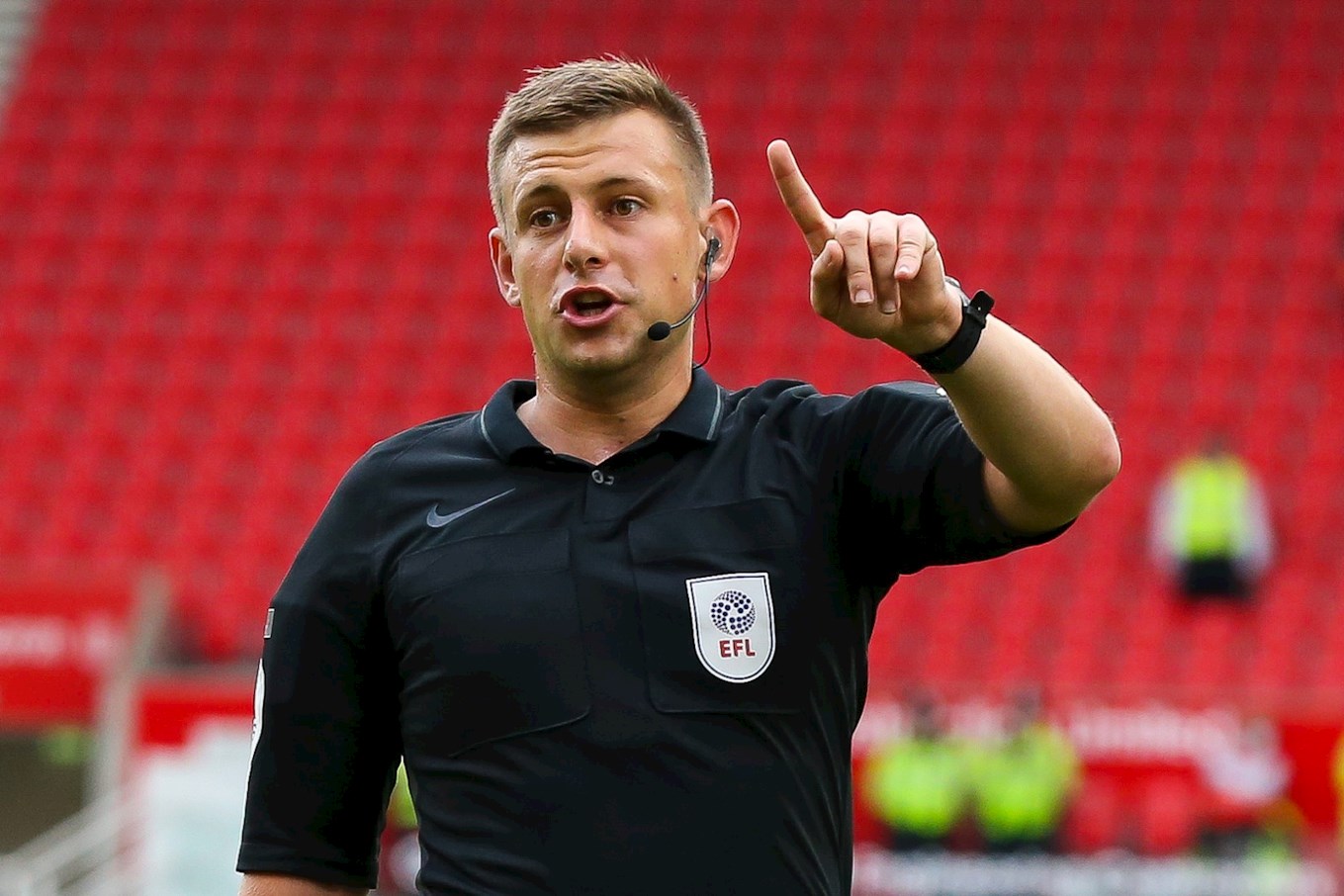 Joshua Smith is the man in the middle for this weekend’s game against Barnsley- it is the second time he’s officiated the Sky Blues this season.

Smith will be joined by linesmen Jonathan Hunt and Matthew Jones, as well as fourth official Sam Purkiss.

The Sky Blues snatched a 1-0 victory over Barnsley in the final moments of today’s contest with a dramatic winner from Dom Hyam to ensure that the three points stayed in Coventry.

An early face-off between Gyokeres and Helik resulted in the Swedish striker forcing his way down the left flank before weaving with the ball into the box, however the shot was easily handled by Collins in the opening moments.

The ten-minute mark brought some neat interchanges between Waghorn and Gyokeres, when Waghorn launched a counter attack by winning the ball in midfield and releasing Gyokeres who made an intelligent run to break past the defensive line. With the ball on the left edge of the box, Gyokeres fed Waghorn in the centre but the resulting strike sailed wide.

Helik hoped to get his name on the scoresheet when he connected with a corner for the visitors on 27 minutes, but despite jumping highest, his header was glanced narrowly wide.

Following a foul on Quina on the edge of the penalty area, the Barnsley man then poised himself to take the free kick in the centre, however his shot was blasted well over the crossbar just past the half-hour mark.

The Sky Blues had a promising period of possession on 36 minutes when Callum O’Hare’s brave challenge to win the ball in City’s half preceded a series of patient passing moves on the edge of Barnsley’s box, but the visitors defended well.

O’Hare then answered the call of City fans behind the goalmouth when their shouts to shoot were met with a fierce strike on goal from the edge of the box, however Collins made an acrobatic save to deny the 23-year-old in the last major action of the first half.

Upon returning from the changing rooms, City aimed to seize control of the second half when Kane instantly made two dangerous crosses from the right flank in short succession. However, neither opportunity was taken and a clash of heads in the second instance led to a stoppage in play for treatment.

Ben Sheaf showcased his tenacity on the hour mark when Kane’s cross found the feet of the midfielder on the edge of the box, and Sheaf scrambled to take a shot among a sea of bodies, however Collins calmly collected.

A newly-bandaged Gyokeres nearly gave City the advantage only minutes later, when his shot from distance had the goalkeeper scrambling.

Barnsley threw bodies on the line to prevent three separate strikes hitting the back of the net on 69 minutes, when neither Waghorn, O’Hare or Allen’s efforts found their intended destination - proof of City ramping up the pressure at a sunlit Coventry Building Society Arena.

The Sky Blues had a golden opportunity to take the lead as the clock hit 83 minutes, when O’Hare laid the ball off to Waghorn who had to stretch to connect with the ball in the centre of the penalty area, but the striker was unfortunate to fire wide.

A minute later, young forward Fabio Tavares was welcomed onto the field to a standing ovation from the home crowd, as Waghorn made way for Tavares’ debut.

The Sky Blues fans continued the noise when the referee declared five minutes of additional time, and City made the most of the opportunity to snatch victory in the final moments. To the roar of the home crowd, City’s attacking persistence paid off when Sheaf’s ball into the box came off a Barnsley man, only for Hyam to smash the ball past the reach of Collins at short range.

Minutes later, referee Joshua Smith brought the contest to a close, ensuring that the three points stayed in Coventry. 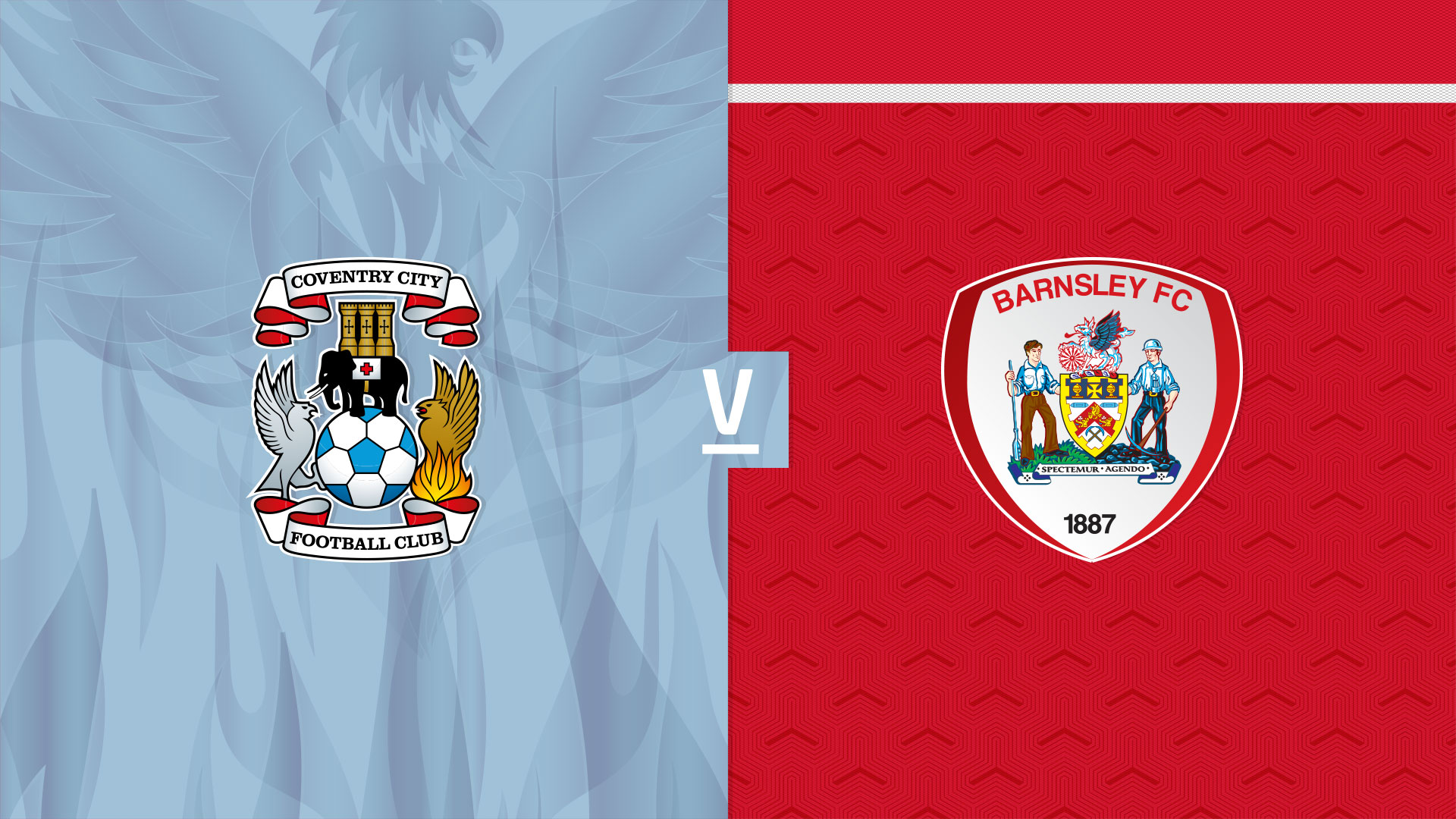 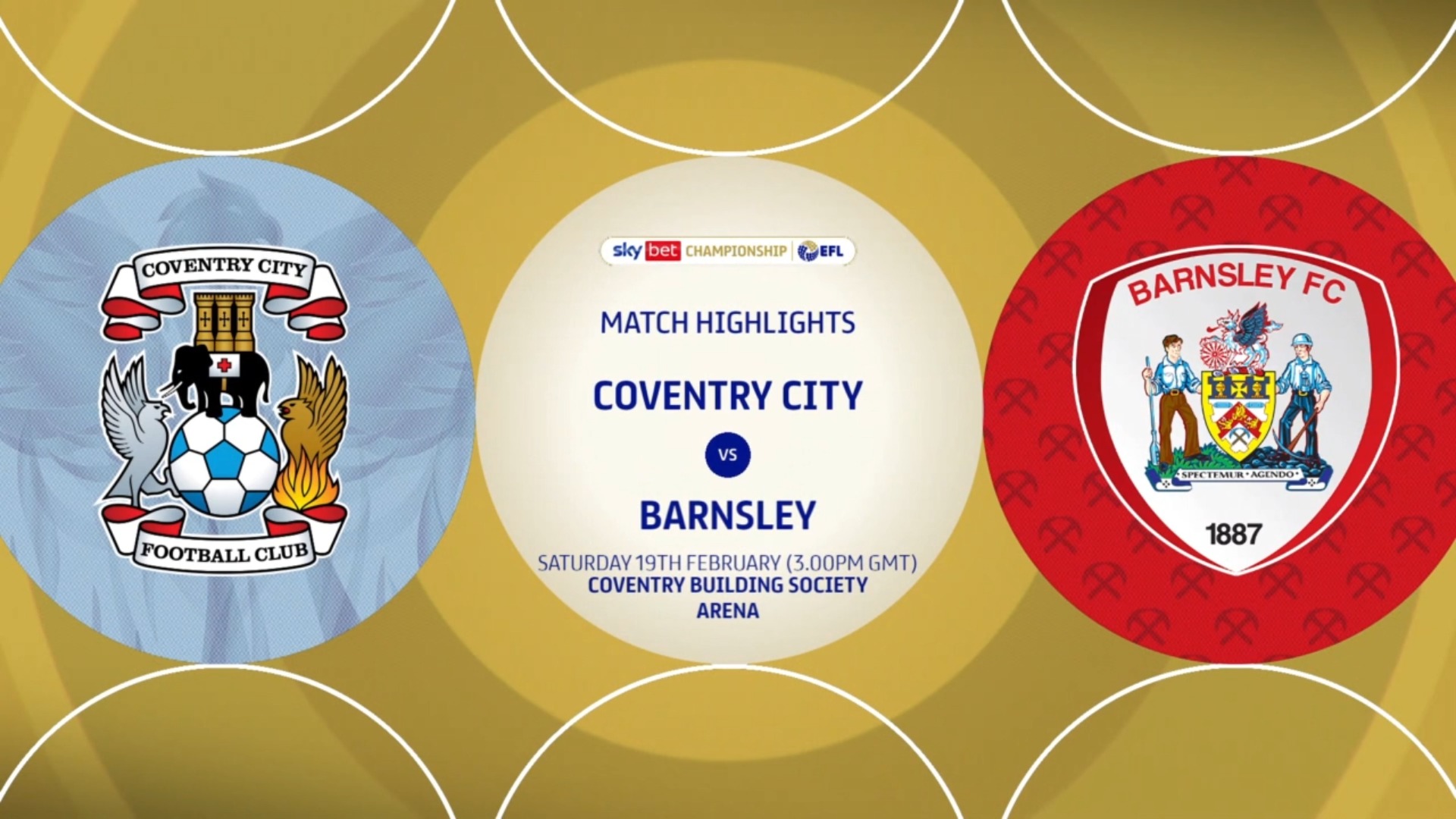 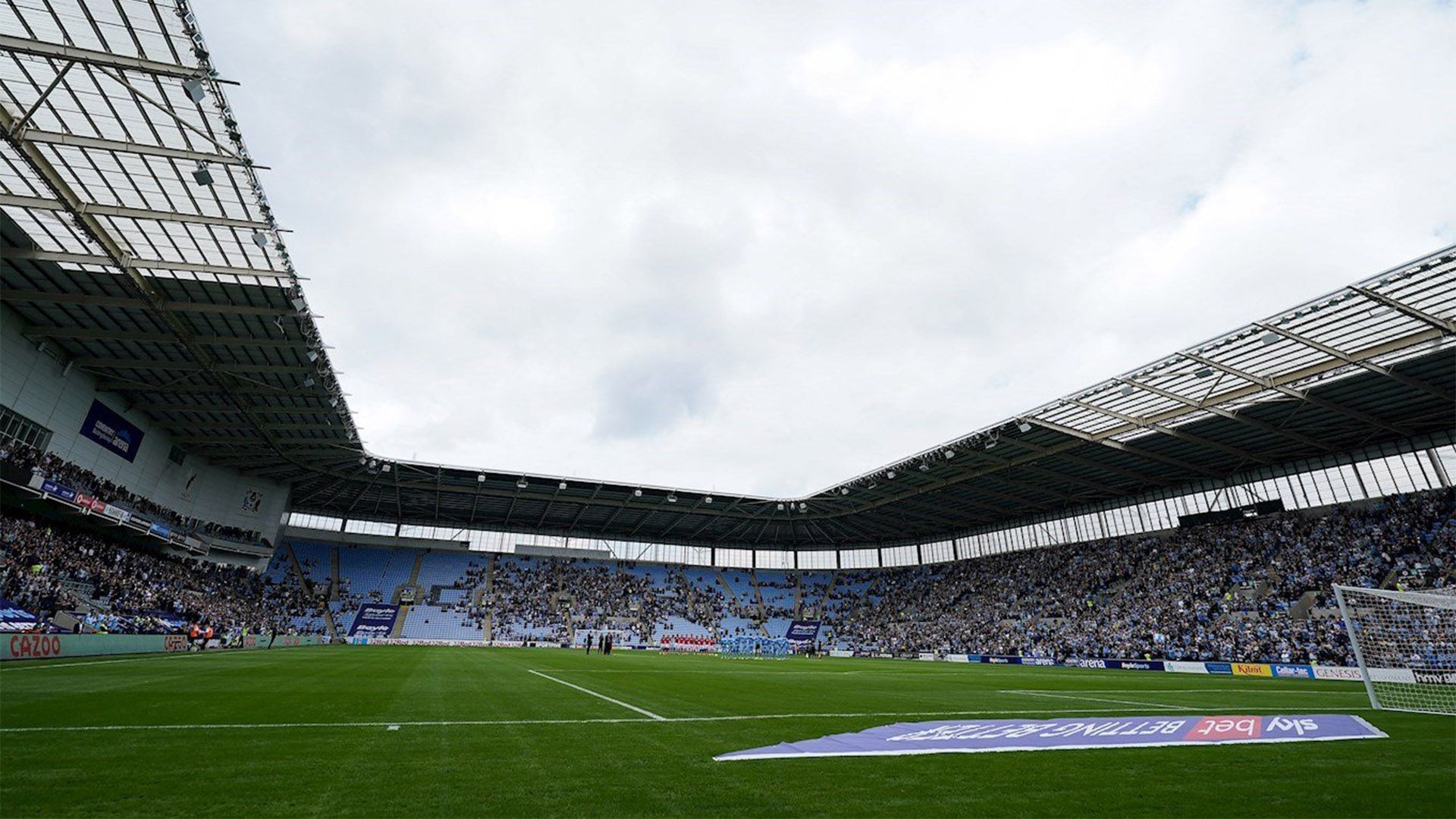