The Sky Blues host West Bromwich Albion at the Coventry Building Society Arena in the Sky Bet Championship's lunchtime kick-off, this Saturday. Here’s everything you need to know about the fixture. 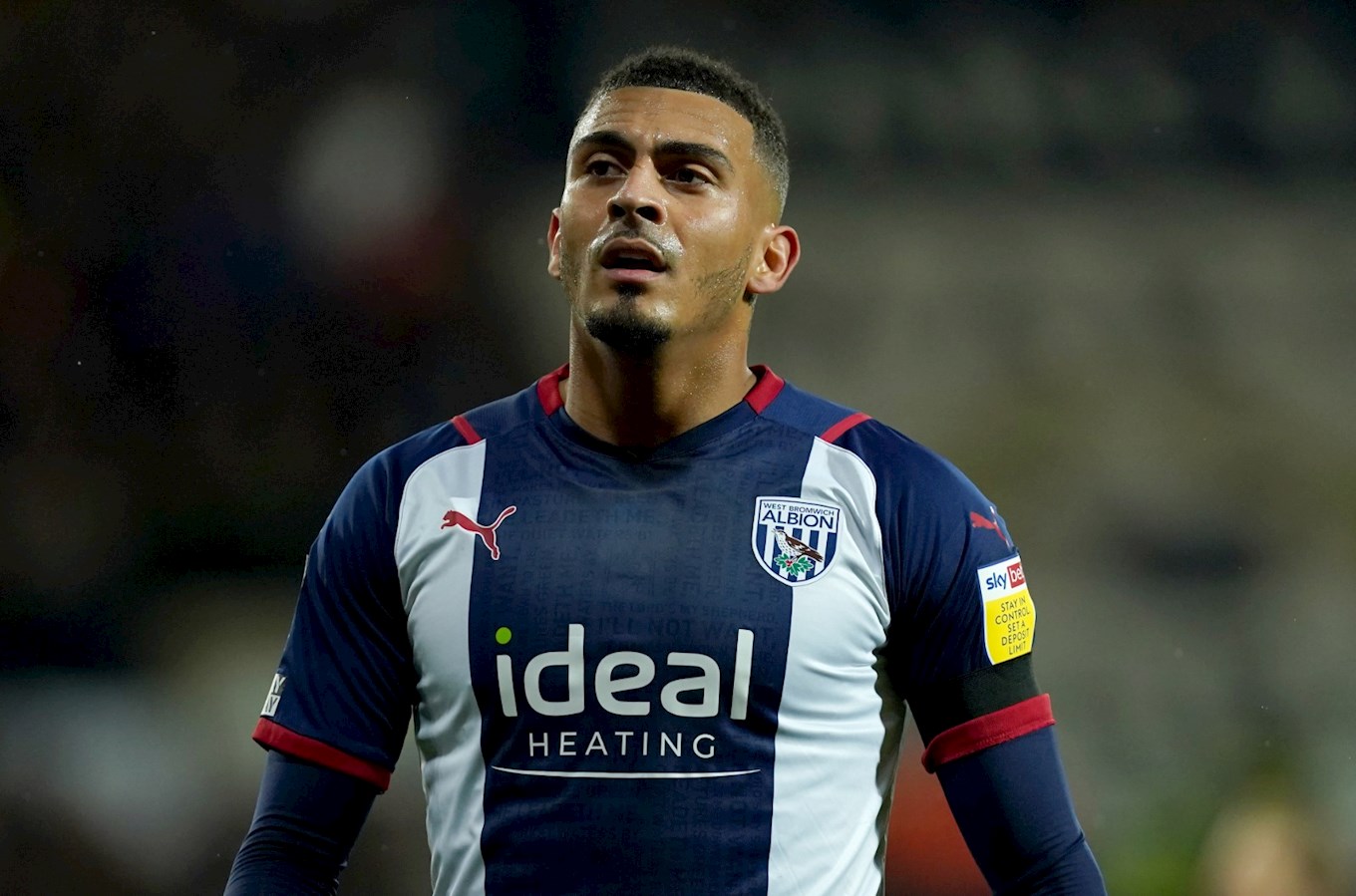 West Bromwich Albion will be hoping to bounce straight back up to the Premier League after being relegated from the division last year.

In a bid to return to the top flight, the Baggies hired former Barnsley boss Valérien Ismaël, who reached the play-offs with his former club, last campaign, and West Brom currently sit in third position behind fellow Premier League-hopefuls Fulham and AFC Bournemouth.

Notable outgoings include Brazilian starlet Matheus Pereira, who departed for Saudi League outfit Al-Hilal Riyadh, as well as former Premier League regulars Kieran Gibbs and Charlie Austin, both of whom left on the expiry of their previous deals.

As well as Ismaël, the Baggies brought in Alex Mowatt from Barnsley, along with loan signings Matt Clarke of Brighton and Jordan Hugill of Norwich. Sheffield Wednesday player, Adam Reach, also joined the club on a free transfer.

Karlan Grant leads the way with goals, sitting on eight for the season, with Alex Mowatt and Callum Robinson behind him with three a piece. The Baggies are third in the league for clean sheets (9), falling just short of leaders, and City rivals, Birmingham (10). 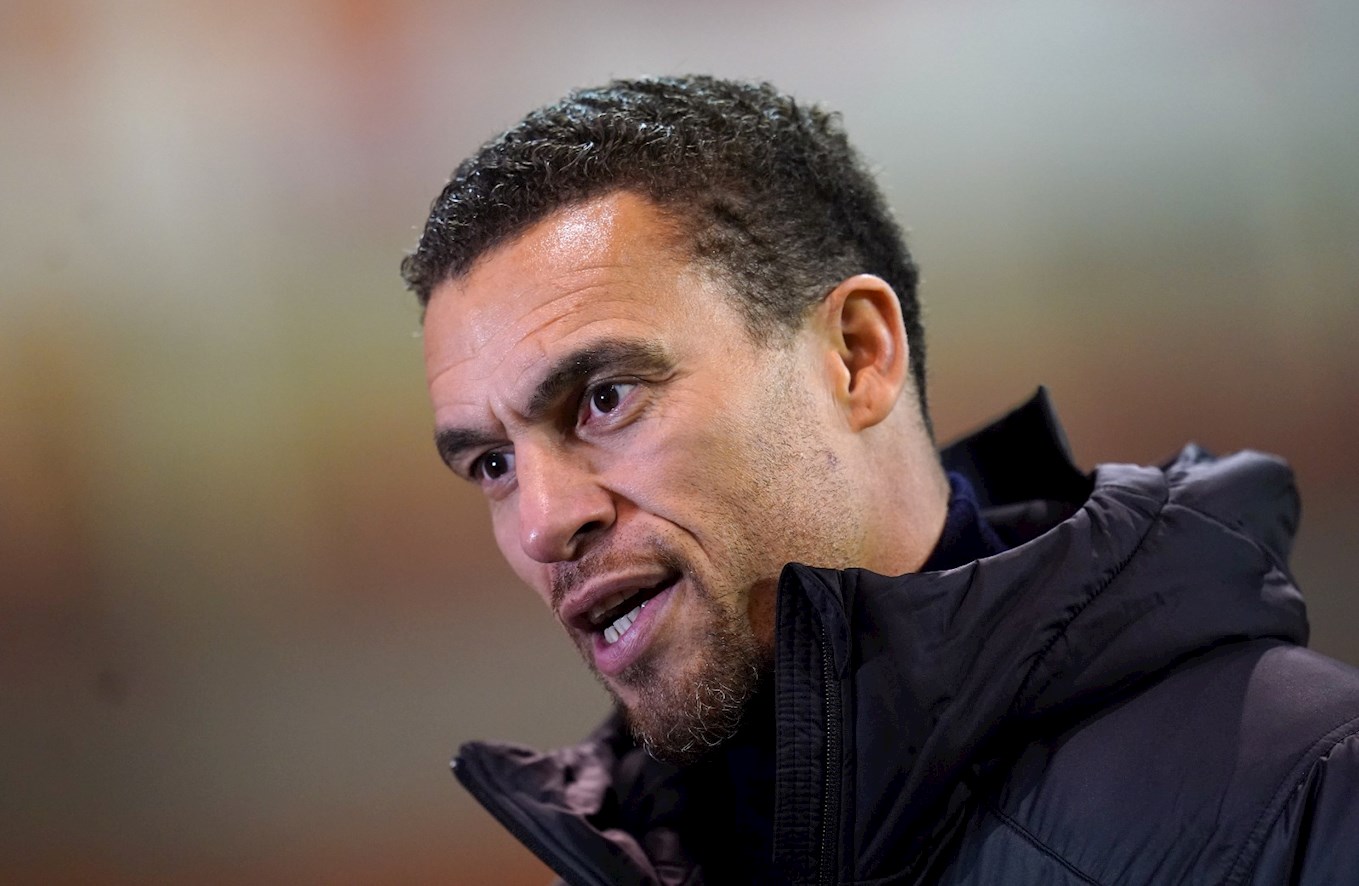 Born in Strasbourg, France, Valérien Ismaël enjoyed a 16-year playing career, starting out at his hometown club RC Strasbourg, where he played for five years.

Defender by nature, Ismaël joined Crystal Palace in 1998 for a then-club record fee of £2.75 million, however only played 15 times for the Eagles.

A return to France followed with RC Lens, before rejoining Strasbourg on loan where he won the 2001 Coupe de France Final versus Amiens SC on penalties.

After returning to parent club Lens for the 2001-2002 campaign, Ismaël moved back to Strasbourg the following season where he was made club captain and attracted a lot of interest from clubs around Europe.

Werder Bremen snapped him up on a season-long loan and went onto win the German double that season. Bremen made the deal permanent the following year.

German giants Bayern Munich signed Ismaël in July 2005 and the frenchman proceeded to win the league and cup double again- the second time in his career. A long-term injury sidelined Ismaël for a large proportion of the 2006-07 and he was eventually released by Munich in January 2008 where he joined Hannover 96.

Hannover was the final stop of Ismaël’s career, brought in to bring defensive stability to the side; however further injuries hampered the remainder of his career and eventually forced him to retire late in 2009.

Five days after retiring, Ismaël became the assistant general manager of Hannover before he took the manger job of the club’s reserve team, Hannover 96 II, in November 2011.

Ismaël spent two years with the second-string side before having two spells at VFL Wolfsburg II, either side of taking charge of 1. FC Nürnberg. During his second stretch with Wolfsburg, first-team head coach Dieter Hecking was sacked, paving the way for Ismaël to take charge of the Bundesliga side on an interim basis. A successful start to life with the side saw him promoted to permanent head coach, but this was short-lived following his sacking three months later.

After 14 years in Germany, both as a player and manager, Ismaël packed his bags for Greece where he was appointed head coach of Super League side Apollon Smyrnis; however, due to disagreements with the club’s president, he was sacked six days later, taking charge of one game only.

Austrian side, LASK, was the next stop, where he lead the team to the best start to a season in the club’s history, as well as its first ever appearance in the UEFA Champions League play-offs. The club lost out in qualification, dropping down to the Europa League, reaching the Round of 16 where English heavyweights Manchester United stood in their way, this being the end of the line. Ismaël parted ways with the club on 11 July 2020.

Ismaël returned to England in 2020, where he took the reigns as Barnsley manager, leading them to a play-off spot after the club battled relegation the season before.

A year later, the frenchman joined recently relegated West Brom, where he now looks to return the club to the Premier League. 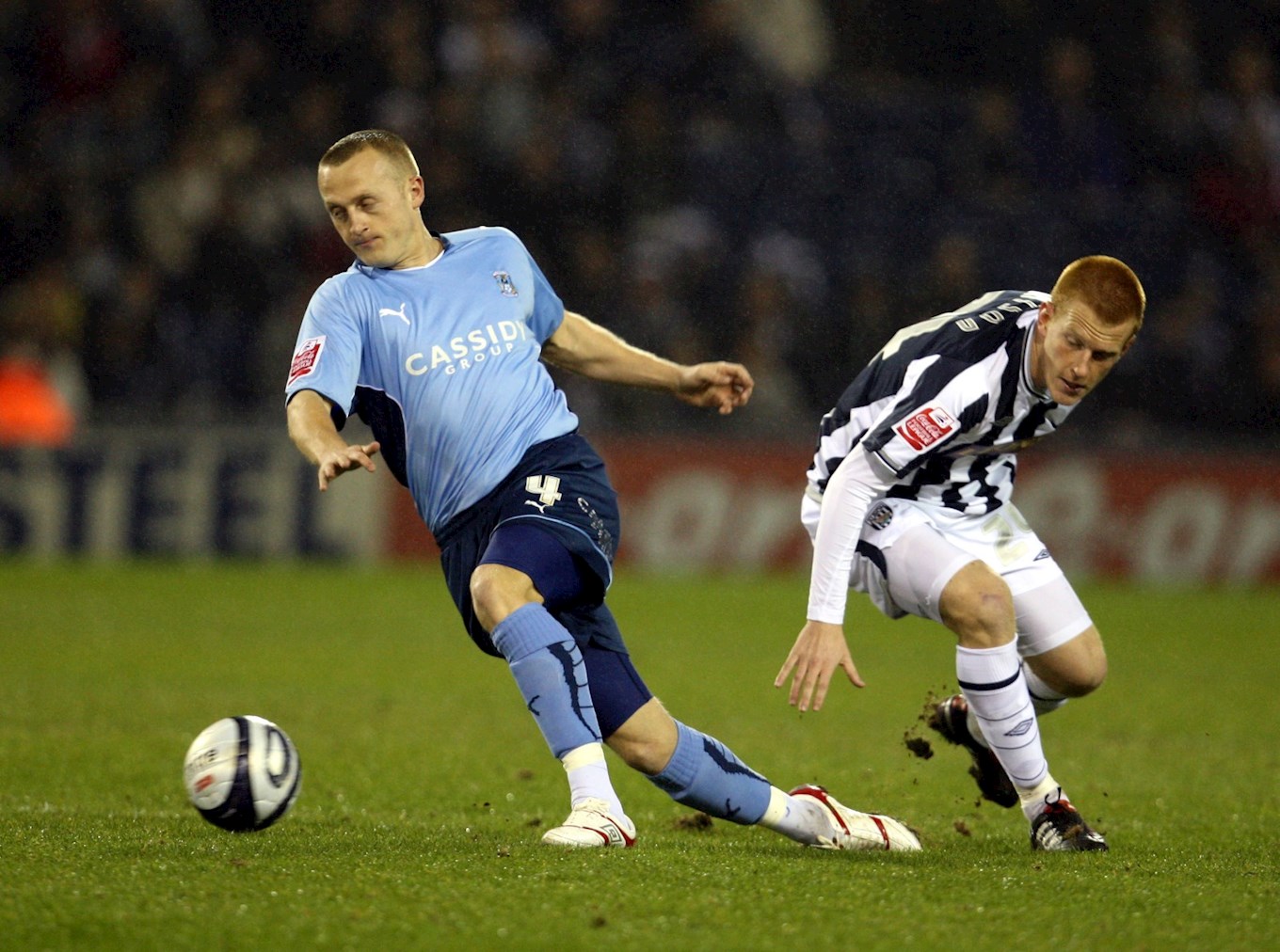 Saturday's lunch-time kick-off will be the first league meeting between the two sides in 11 years, when West Brom walked away with a 1-0 victory in the Championship.

The Sky Blues entered the match in a good vein of form, only losing one match from five, winning and drawing two, also. Opponents, West Brom, were on a hot-streak of their own having won their previous four.

West Brom took the lead in the 22nd minute through Steven Reid, which was enought to wrap up all three points for the hosts. 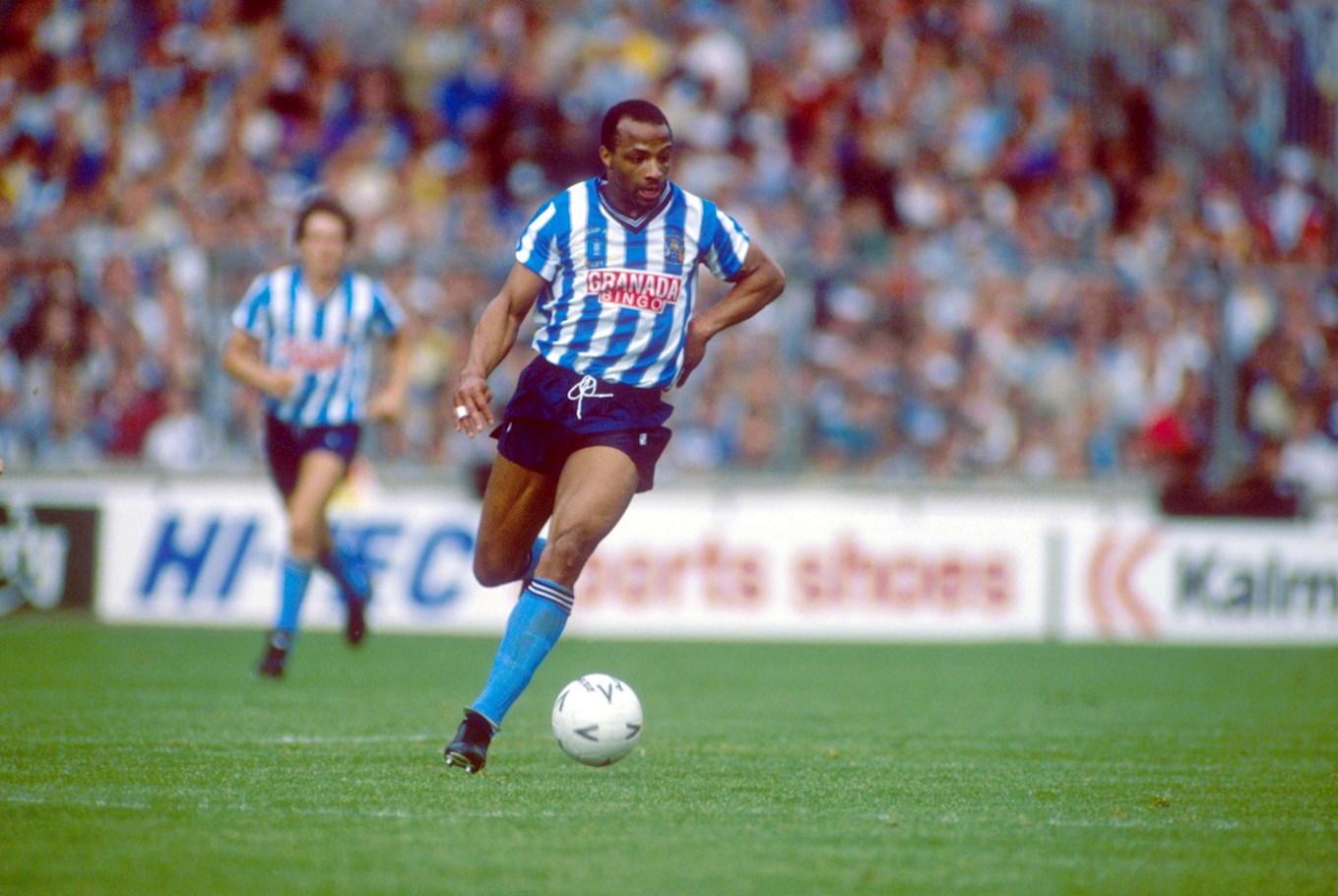 The forward started his career in the non-league scene, playing for Athenian League club, Molesey, before joining semi-professional outfit, Hayes.

Regis was spotted by West Brom chief scout Ronnie Allen, who recommended the signing, but question marks were raised about the four-figure fee for such a young, unknown player. Allen, therefore, offered to fund any initial payment, as he was so sure Regis would make it to the top tier of English football.

In May 1977, Regis joined the Baggies for an up-front fee of £5,000, which later doubled after 20 appearances. In seven season with the club, Regis netted 112 goals in 302 appearances, becoming one of Albion’s all-time top goalscorers.

In 1984, Regis joined the Sky Blues for a fee of £250,000 and was part of the iconic 1987 FA Cup winning squad- the only major trophy of Regis’ career. Johan Cryuff wanted to sign Regis for AFC Ajax, as a replacement for the outgoing Marco van Basten, but due to financial implications the deal did not take place. Regis played an important part in Coventry’s history, becoming the first City player to score a winning goal at Anfield in November 1989, as well as scoring in the Sky Blues’ first ever top-flight win over Aston Villa at Highfield Road (2-1).

After Regis’s time with City, he went on to play for fellow midlands sides Aston Villa and Wolverhampton Wanderers, before moves to Wycombe Wanderers and Chester City- where he retired due to injury in 1996.

Regis won five caps for the England national team, debuting in a 4-0 win over Northern Ireland at Wembley in 1982; however never played the full 90 minutes for his country.

Regis was the third black player to be capped by England on the international stage, following in the footsteps of Viv Anderson and Laurie Cunningham.

Keith Stroud will be the man in the middle for Saturday’s clash with West Brom.

Stroud has twice officiated the Sky Blues before this season, taking charge in City's games against Blackpool and Millwall in the 2021/22 campaign.

Sam Lewis and Jonathan Hunt will assist on linesman duties, with Dean Whitestone as the fourth official.

The Sky Blues fell to defeat at the Coventry Building Society Arena, despite a late comeback charge.

First-half goals from Karlan Grant and a Kyle McFadzean own goal pegged City behind at the break, leaving it all to do for the Sky Blues in the second half.

McFadzean pulled one back for the hosts late on, but City failed to find the crucial equaliser.

The Sky Blues started on the front foot, breaking down the right wing with Callum O’Hare who found Ben Sheaf on the edge of the box, but the midfielder was unable to connect cleanly with the strike.

The Baggies took the lead mid-way through the first half via Karlan Grant, who slotted past Simon Moore one-on-one, following Sam Johnstone’s long goal-kick.

Promising chances fell to the Sky Blues, before the half, most notably a fine piece of interplay between Viktor Gyökeres and O’Hare amounting to a chance for Todd Kane, whose deflected effort crashed off the woodwork.

A series of throw-ins proved a dangerous form of attack for the visitors, with the second of two ending up in the back of the net after a goal-line scramble, going down as a Kyle McFadzean own-goal.

The Sky Blues piled on the pressure after the break, well beyond the hour mark, etching out chances for O’Hare and Sheaf, with the best falling to Kane at the back post whose volley sailed narrowly wide of Johnstone’s post.

City continued to dominate possession in the second-half, keeping the visitors quiet in attack, and created an array of chances for theirselves, but lacked a finishing touch.

Kyle McFadzean pulled one back for the Sky Blues in the final exchanges, heading home from a corner, but the uphill battle proved too much for City on this occasion, as Gyökeres dragged wide from range for the final chance of the game. 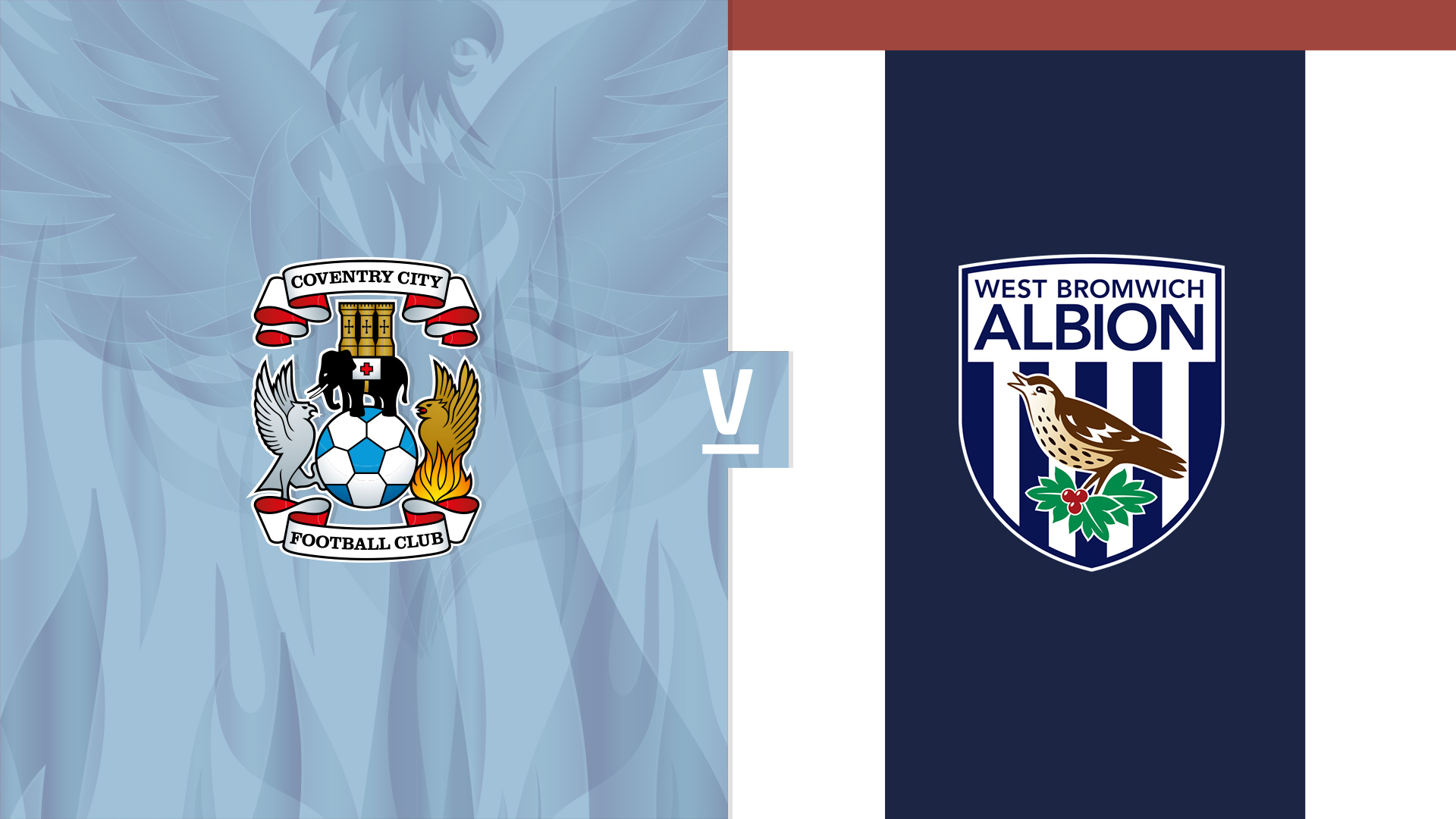 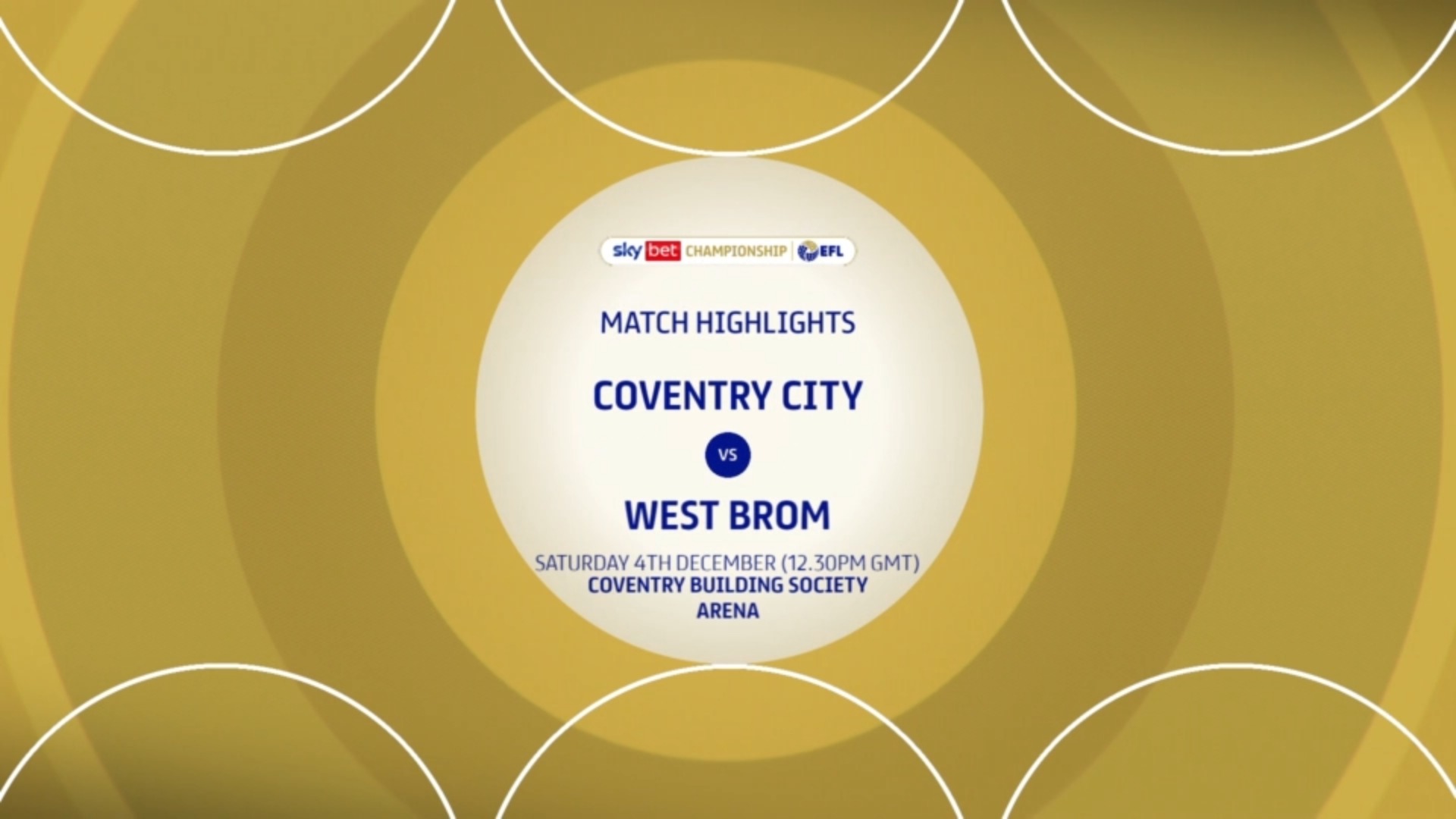 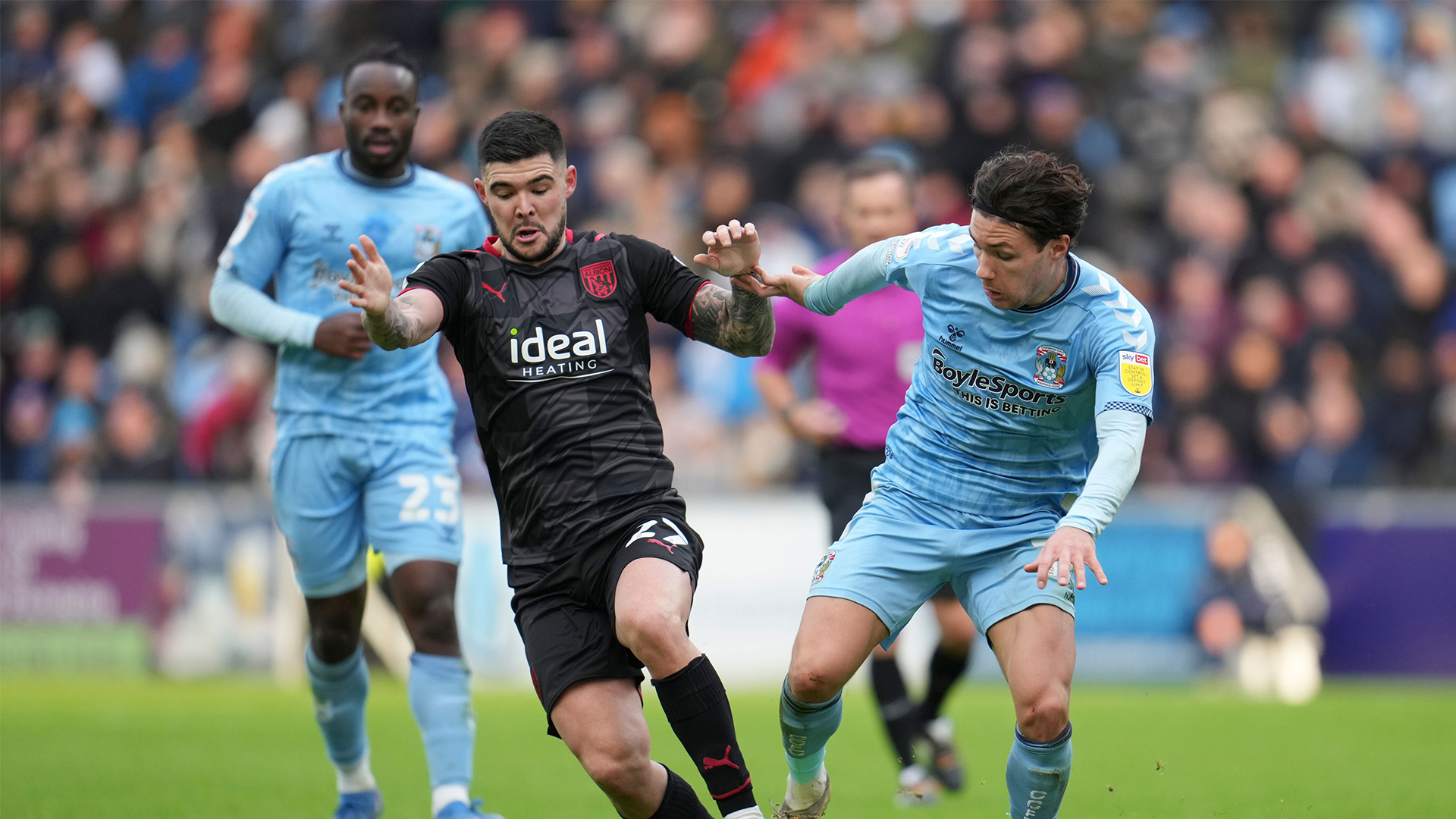