The Sky Blues head to St. Andrew's, as they take on Birmingham City in the Sky Bet Championship. Here’s everything you need to know about our opponents. 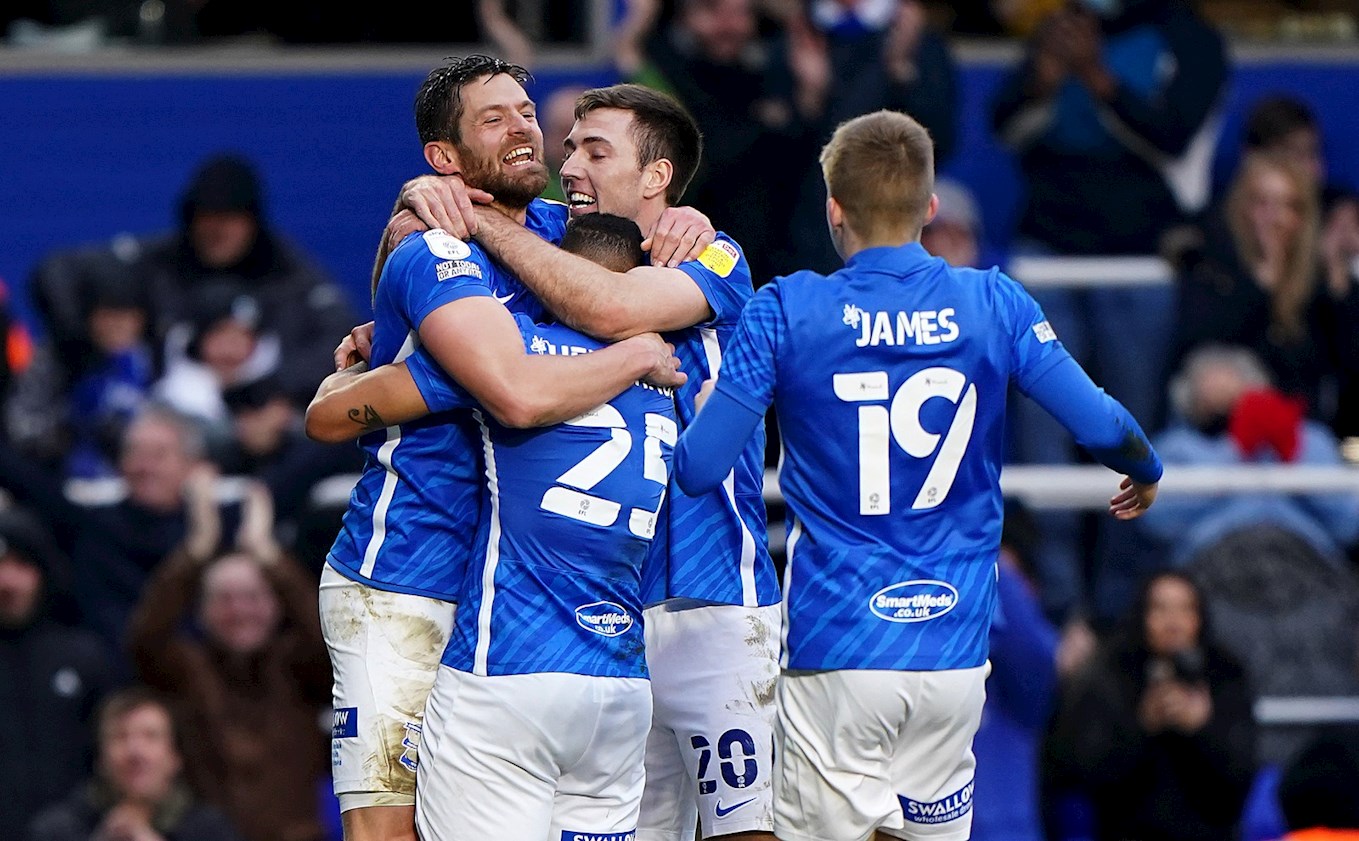 Birmingham City sit 18th place in the Championship, but are comfortably clear of the league's drop zone by 16 points.

Scott Hogan is the Blues’ top goal-scorer, with ten strikes to his name, and is shortly followed by Gary Gardener (5) and January loanee Lyle Taylor (4).

After their League Cup triumph over Arsenal in the 2010/11 season, the Blues were subsequently relegated from the Premier League that same campaign and have remained in the second division afterwards.

The side came close to an immediate bounce back the following year, but play-off semi-final defeat to Blackpool condemned the Blues back to another year in the Championship, where they have lingered around the middle and lower sections of the table, thereafter.

Ex-Premier League striker Troy Deeney handed the Blues a sizeable pre-season boost, joining the club he has repped since his childhood, alongside the promising Manchester United winger Tahith Chong.

January, again, saw the incoming of another Red Devil, with fellow academy product Teden Mengi joining Chong in Birmingham, with further singings including Onel Hernandez and Lyle Taylor, both brought into add some Championship know-how. 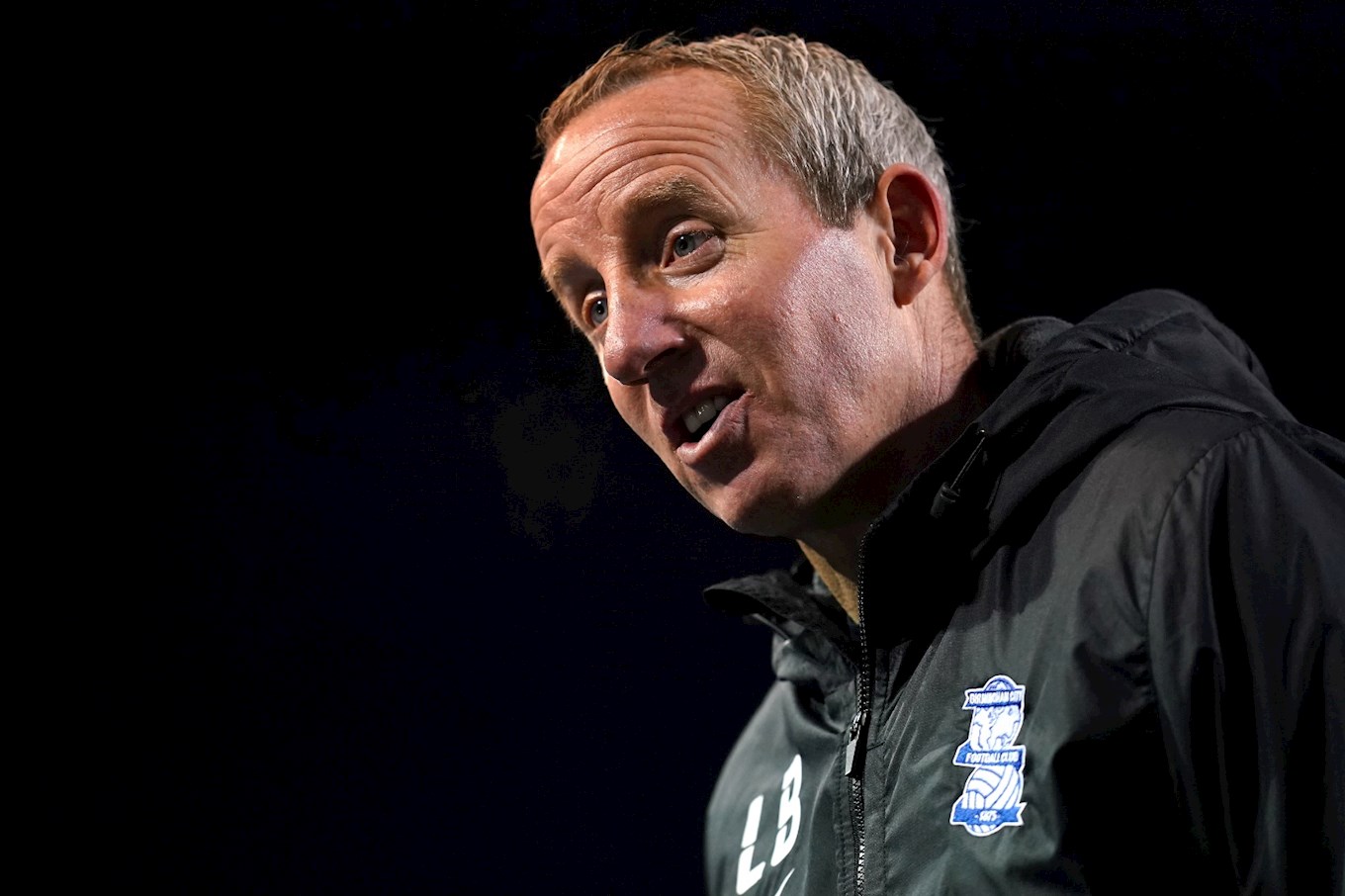 Lee Bowyer's professional playing career spanned over 18 years, with a large proportion of his time being spent in the Premier League.

The East London-born lad joined South East London side Charlton Athletic as a youth, breaking out for his Addicks debut in 1994.

Bowyer went onto to become a regular in the side, scoring 14 times in 58 outings. In this time the midfielder had also stepped into the England Under-18s set-up- where he would then progress through the age groups in the coming years.

In 1996, Bowyer caught the eye of Leeds United manager Howard Wilkinson, who snapped up the youngster for £2.8 million, which was a record fee for a British teenager at the time.

After cementing himself in the side a year or two into his move, Bowyer became a key part of the Leeds squad that qualified and played thereafter in the Champions League, scoring goals against A.C. Milan, Barcelona and Anderlecht as The Whites reached the semi-final in the 1999-2000 season.

His stay at Leeds turned out to be the longest of his career, where he played over 200 times across a seven-year spell, notching 55 goals, also earning his one and only England cap.

Bowyer went on to join West Ham, but the Hammers were relegated that season and Bowyer swiftly moved north to Newcastle United on a free transfer, amouting just shy of a century of appearances for the Toon.

Bowyer returned to his boyhood club, West Ham, three years after first joining, believing he had “unfinished business” at Upton Park, then wrapping up his career with spells at Birmingham City and Ipswich Town.

Six years passed after Bowyer’s retirement before he returned to the game, firstly named caretaker manager of his first professional club, Charlton Athletic.

Bowyer guided the Addicks to the Championship in his first full season there, defeating Sunderland 2-1 in the play-off final at Wembley Stadium, ending the a three-year absence from the second tier.

On the final day of the following campaign, Charlton were relegated back to League One and Bowyer subsequently left his position at the club in the March of 2021.

A day after his resignation, Bowyer replace Actor Karanka as head coach of Birmingham City, signing a two-and-a-half-year contract with the Blues. 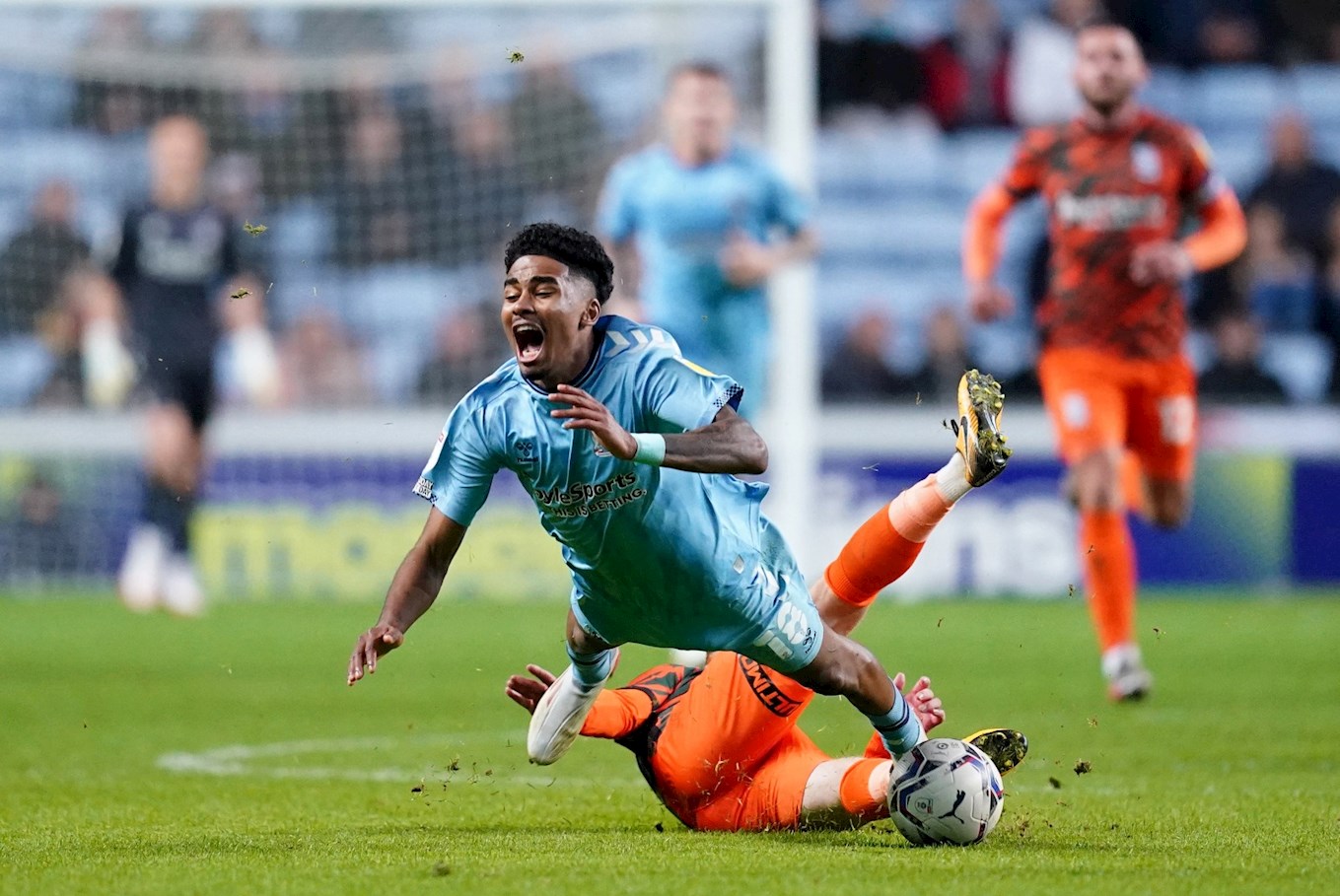 The game ended goalless last time the two sides met- only the Sky Blues second 0-0 draw all season, with the other coming a game prior against Sheffield United.

Gustavo Hamer threatened twice, driving his side forward, but the Brazilian was unable to get any purchase on his chances.

Ryan Woods was given his marching orders ten minutes from time, sent off for hacking down Ian Maatsen on a counter-attack.

Viktor Gyökeres blazed a fierce shot towards goal in the game’s final moments, but the Swede was agonisingly wide of the mark. 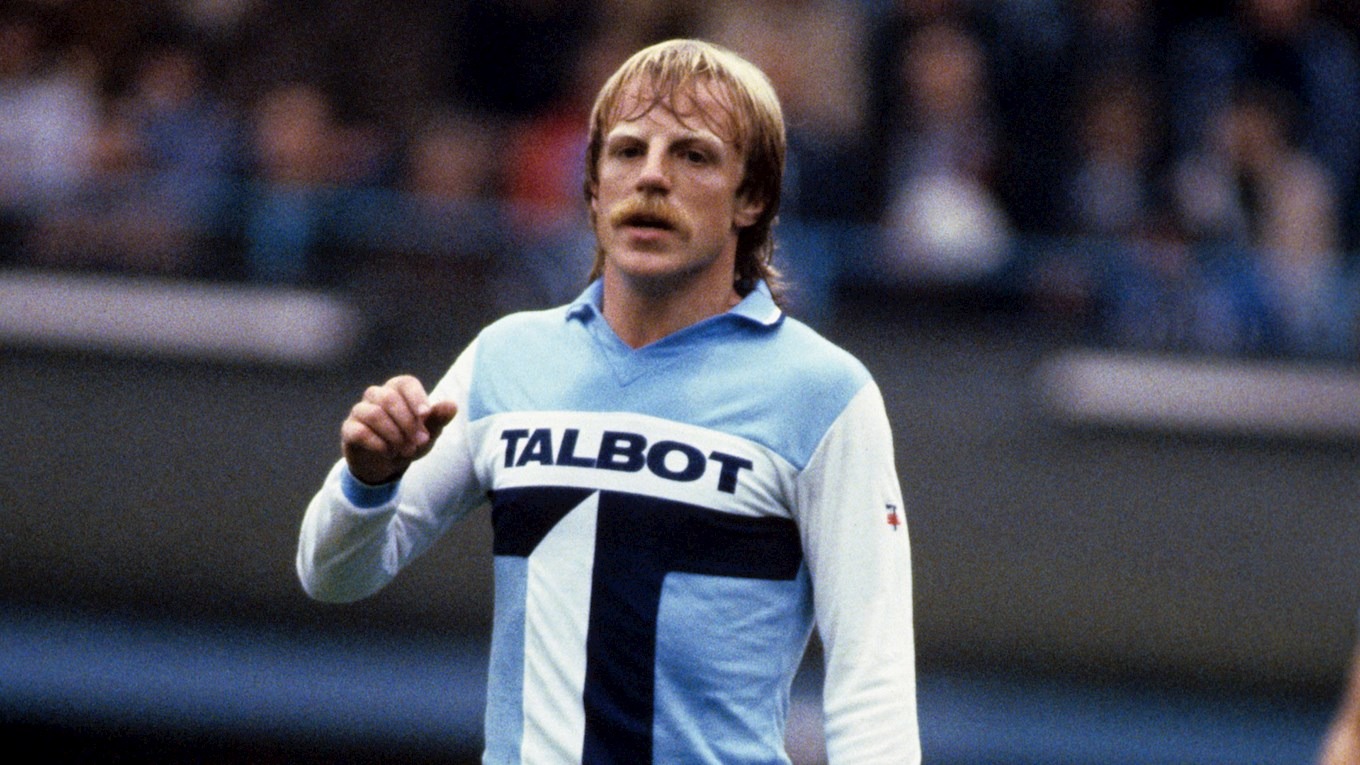 Brian Roberts, better known by his nickname ‘Harry,’ appeared for both Coventry City and Birmingham City, with whom he spent the vast majority of his 18-year playing career.

‘Harry’ tallied over 200 appearances for City across a decade-long spell, as he grew to become a Sky Blues legend- recognised by the defender's appearance at the club’s Legends Day, last month.

Whilst with the Sky Blues, the Englishman briefly spent time with Hereford United, as he built his repertoire to better adapt to Coventry’s level.

Following his stay with the club, Roberts signed for Birmingham City for £10,000, with the fee raised through a supporters’ “Buy a Player Fund.” He, also, won the Blues’ Player of the Year award in 1989.

Roberts capped off his career in 1992 with fellow Midlands side Wolverhampton Wanderers, briefly returning to the Sky Blues in a coaching capacity after his retirement. 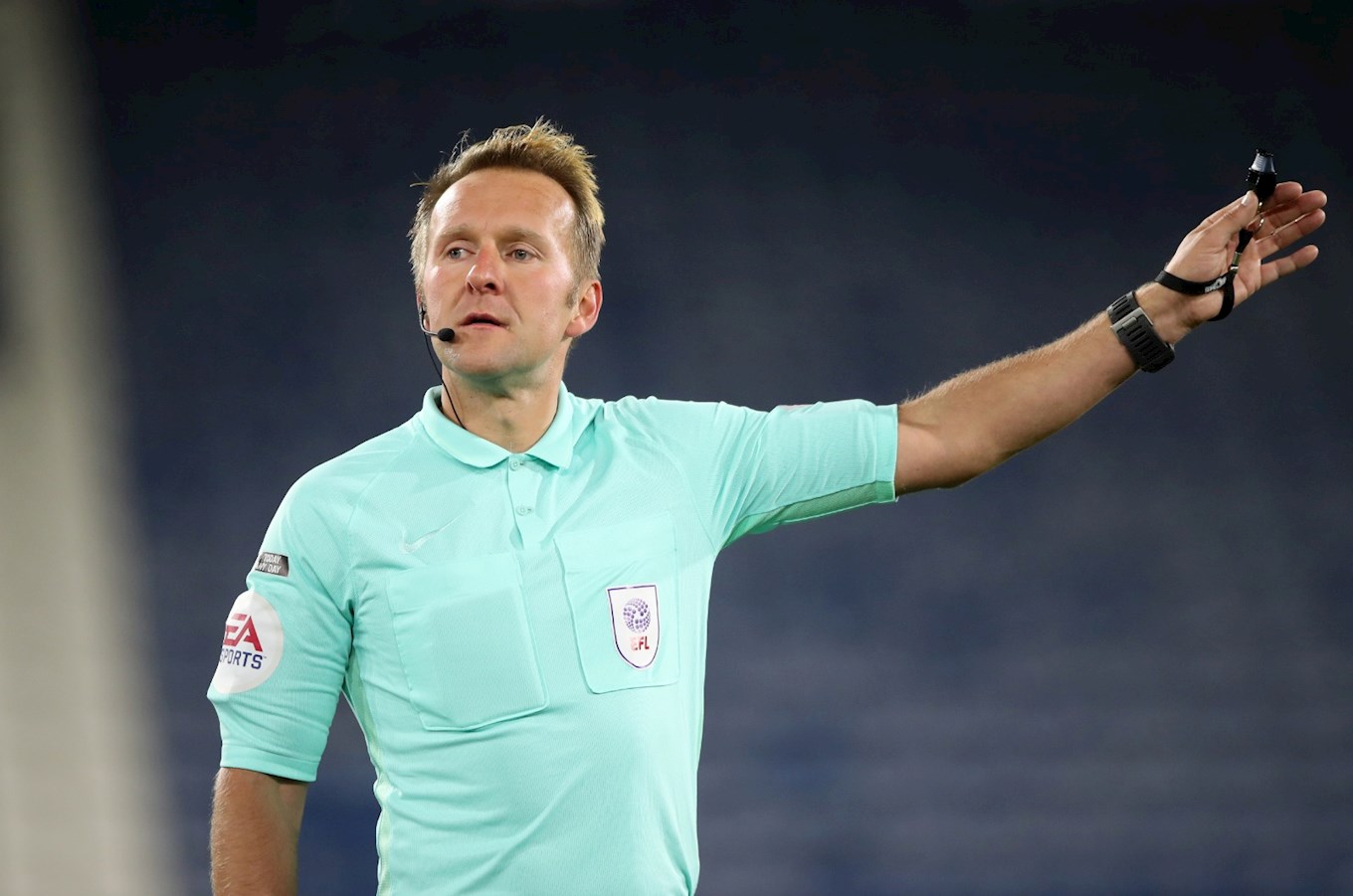 Oliver Langford is set to officiate his second Sky Blues game this season, having previously took charge as City lost 1-0 to Luton Town at the Coventry Building Society Arena.

Langford will be assisted by Richard Wild and George Byrne- linesmen for the night- and Josh Smith will fulfil the role as fourth official.

The Sky Blues sealed a sweet comeback to win 4-2 against Birmingham City at St. Andrews.

The Sky Blues fought back from a two-goal deficit to see the sides head into half-time two-a-piece.

Kristian Pedersen and Gary Gardener put the hosts ahead, but a swift Ben Sheaf double- his first and second goals since joining City- clawed Mark Robins’ side back into the tie.

Michael Rose cropped up in the box twenty minutes from time with a thumping header before Callum O'Hare sealed the deal late on as the Sky Blues left Birmingham victorious.

After a slow start to the match, Birmingham took the lead, with Kristian Pedersen rising above the rest to head home from a corner.

More corner action saw the Sky Blues come close to levelling when Gustavo Hamer’s whipped cross sailed directly towards goal, clipping the crossbar and going over for a goal-kick.

The Sky Blues responded immediately, however, winning a free-kick which fell to Michael Rose, who nodded across goal for Ben Sheaf to tap in from close-range.

With the host's advantage halved, the Sky Blues ventured forward with hopes of equalising before the break and did so on the stroke of half-time when Sheaf cropped up with a header to bring City level.

Scott Hogan carved out the first clear-cut chance of the half, but slashed his volley wide as Simon Moore was rooted to the other side of his goal.

In a game littered with headed goals, the next was the pick of the bunch.

Michael Rose sawed past his defender and met Hamer’s cross with a bullet header which nestled in the top corner to give the Sky Blues the lead for the first time in the match.

Mark Robins' team wrapped up the game with another goal as Callum O'Hare grabbed his second in as many game to ensure the points went home with City. 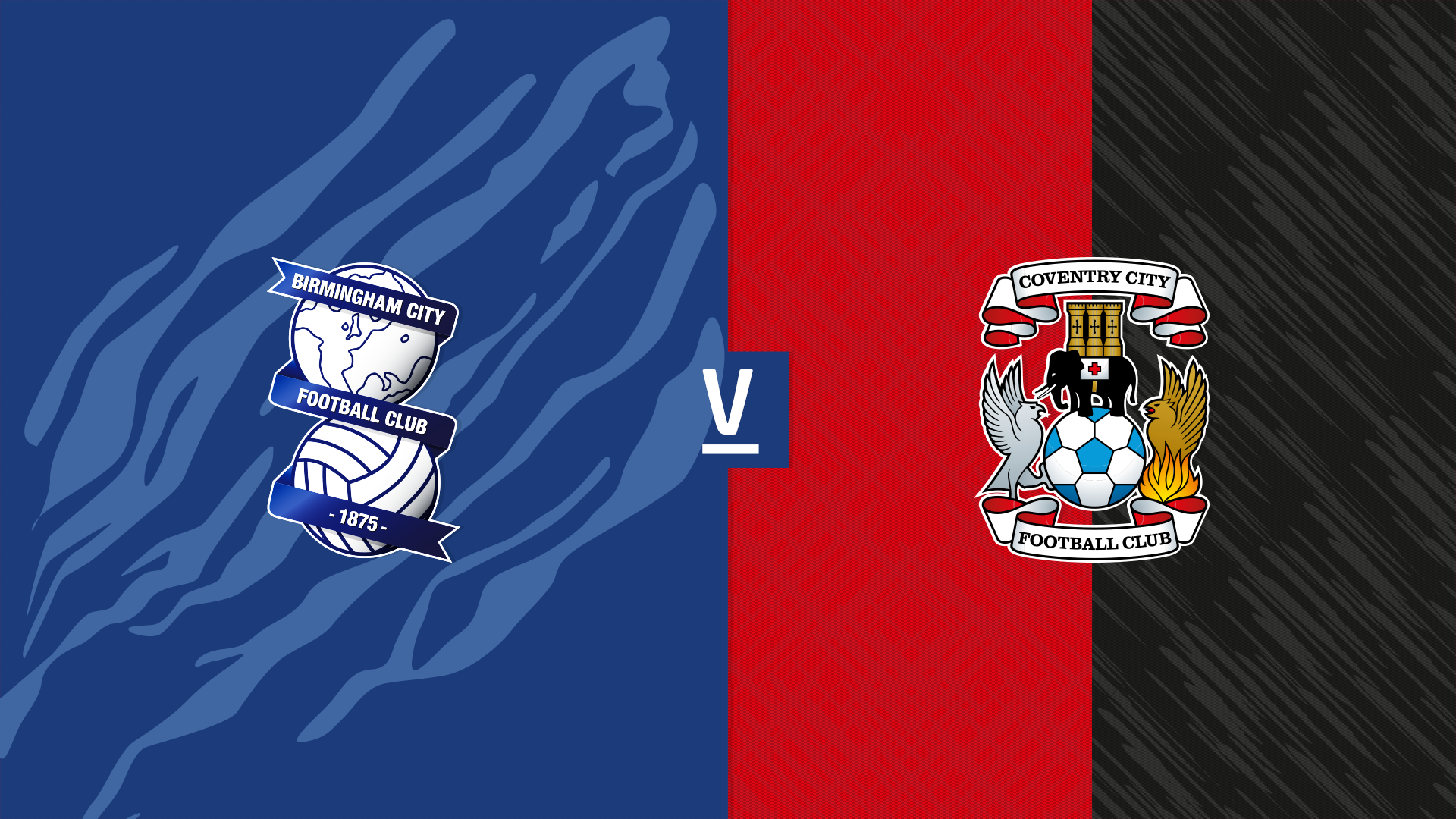 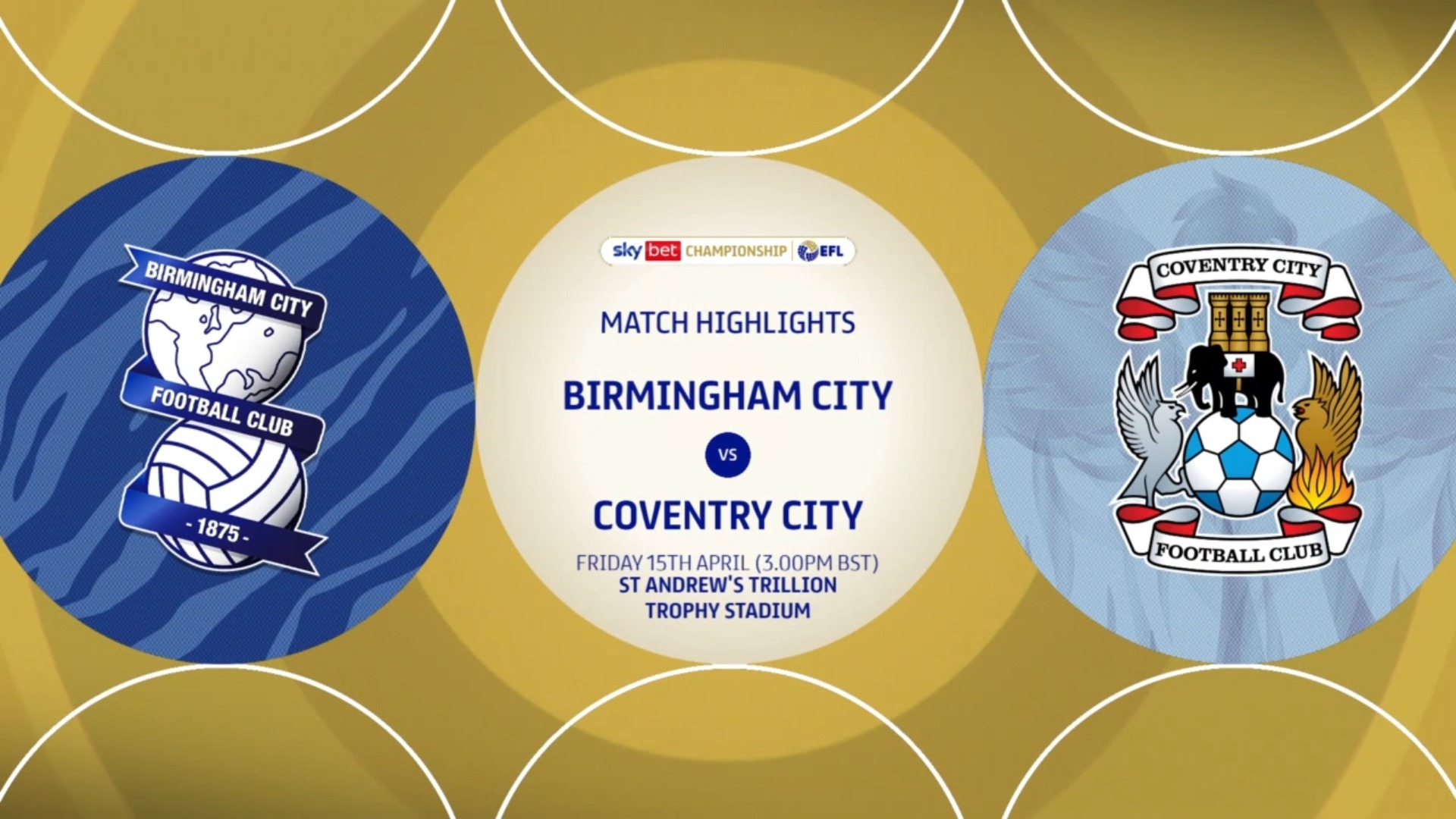 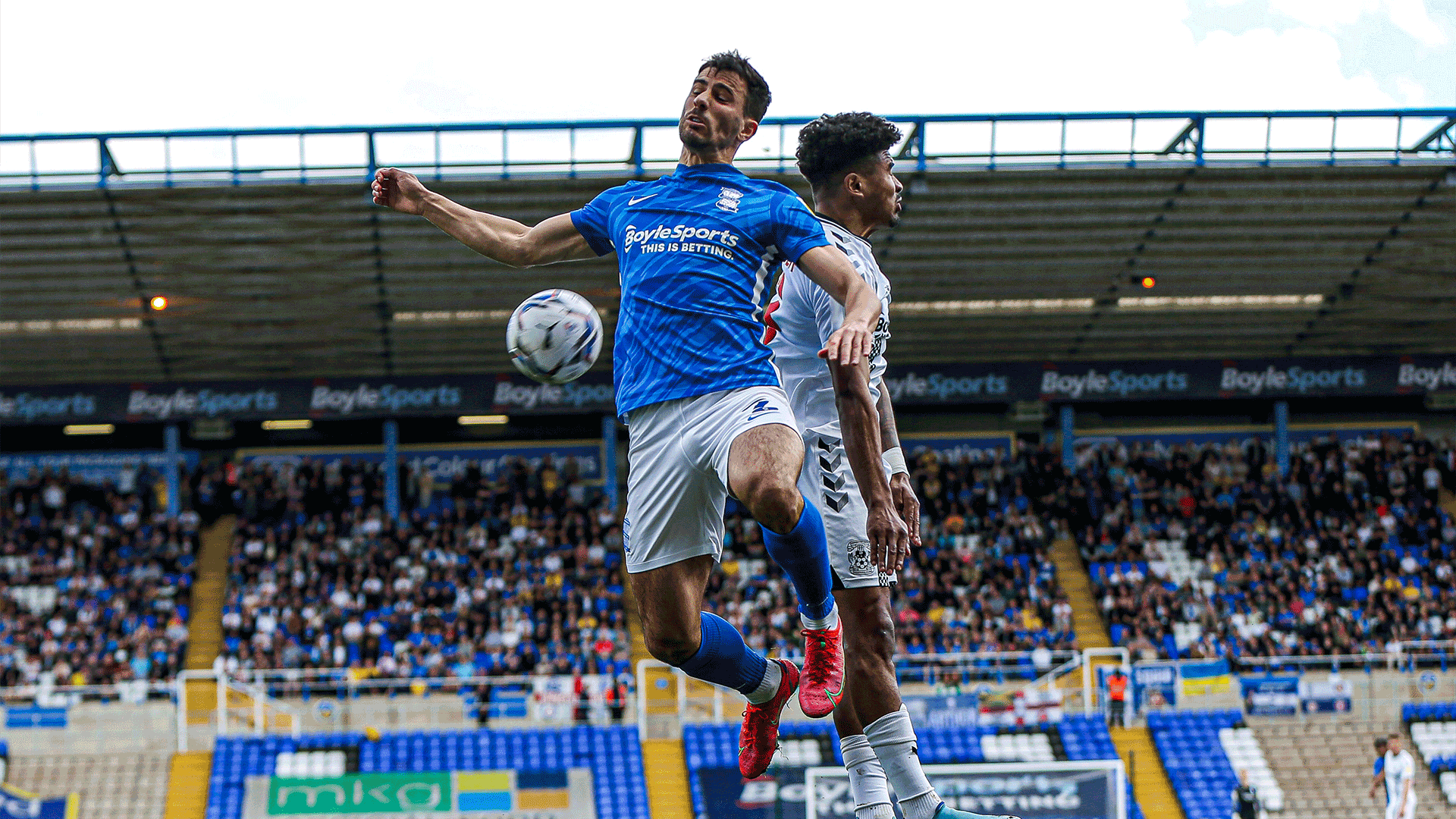