The Sky Blues travel to the newly opened Brentford Community Stadium this weekend. Here’s everything you need to know about our opponents. 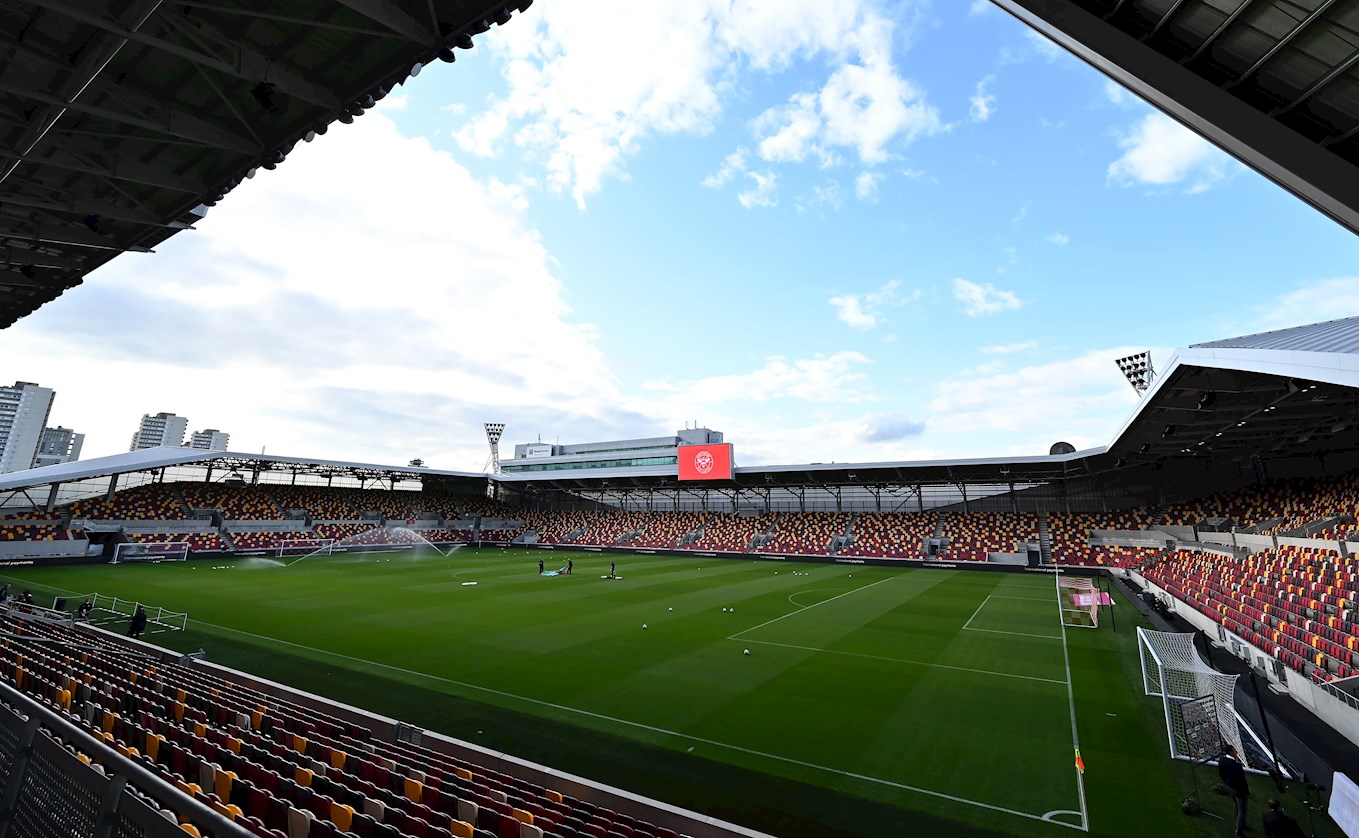 Brentford were beaten in the Championship play-off final last season, losing to Fulham in extra-time at Wembley, having missed the chance to secure automatic promotion on the final day of the regular season.

The Bees moved into their new ground the Brentford Community Stadium at the beginning of the 2020/21 campaign, leaving Griffin Park after 116 years.

They sold last season’s top scorer Ollie Watkins to Aston Villa for a fee that could rise to in excess of £30m replacing him with prolific striker Ivan Toney from Peterborough United.

The capital club have made an indifferent start to the season, having won one, drawn one and lost two of their opening four matches, but have reached the quarter-finals of the Carabao Cup, beating three Premier League sides on route to the last eight. 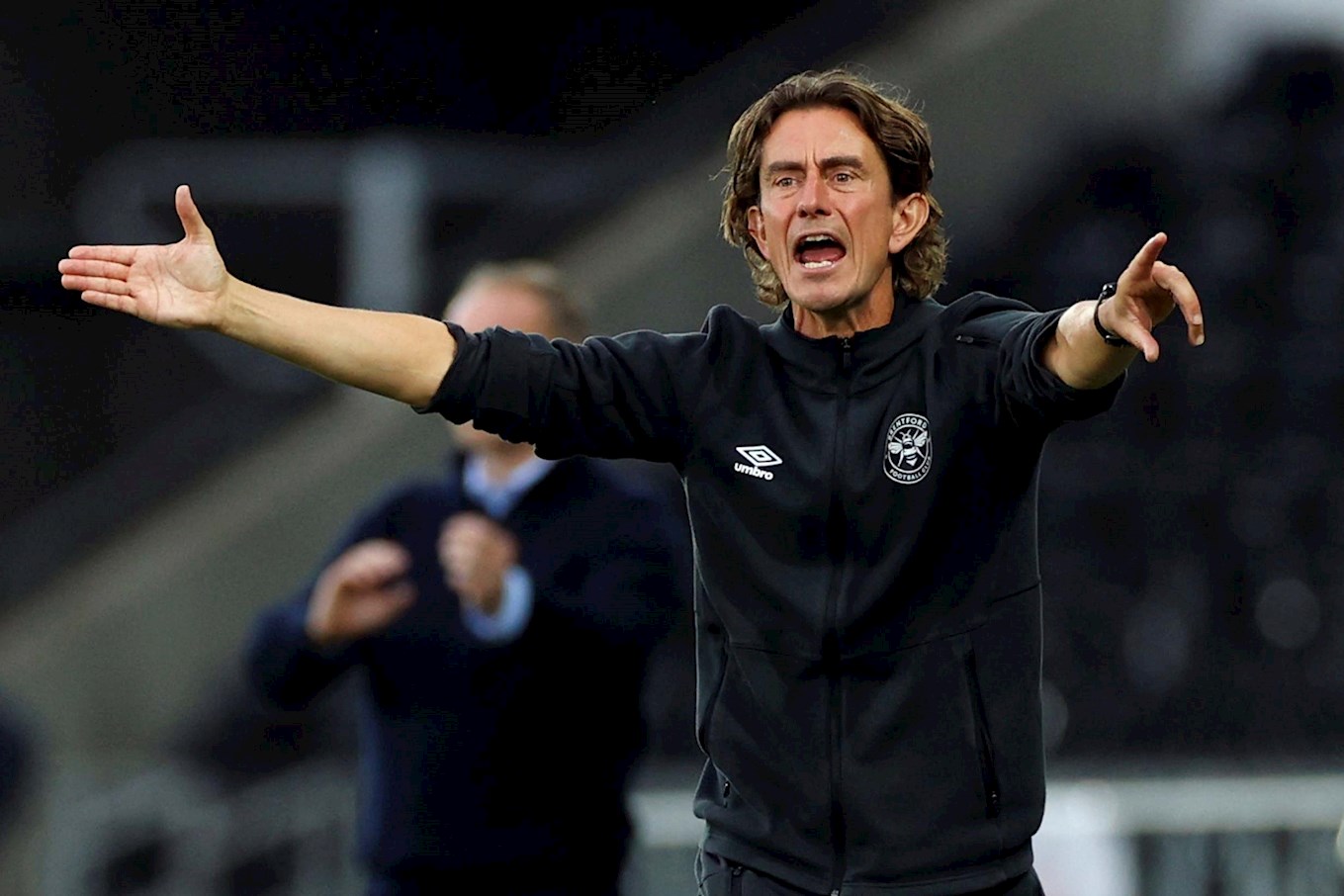 After taking the reigns at Brentford, Frank led the Bees to an 11th place finish in his first season in charge, before achieving a third-place finish last term, missing out on promotion to the Premier League by two points after losing their final two matches of the season before then suffering defeat in the play-off final. 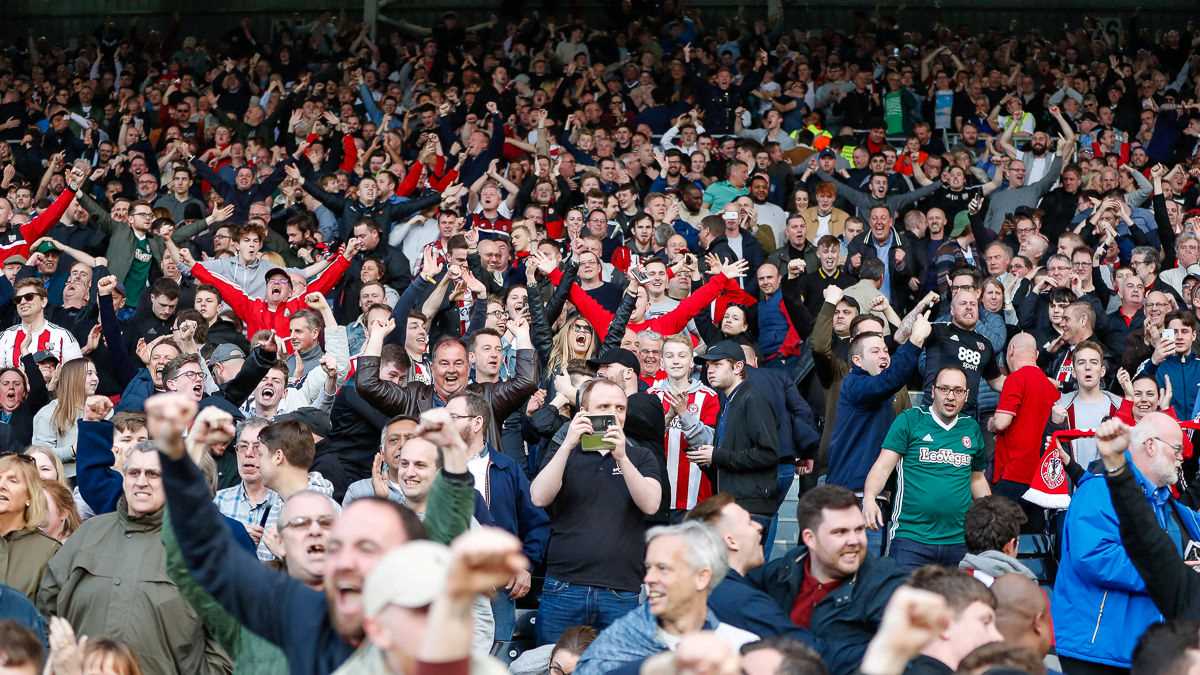 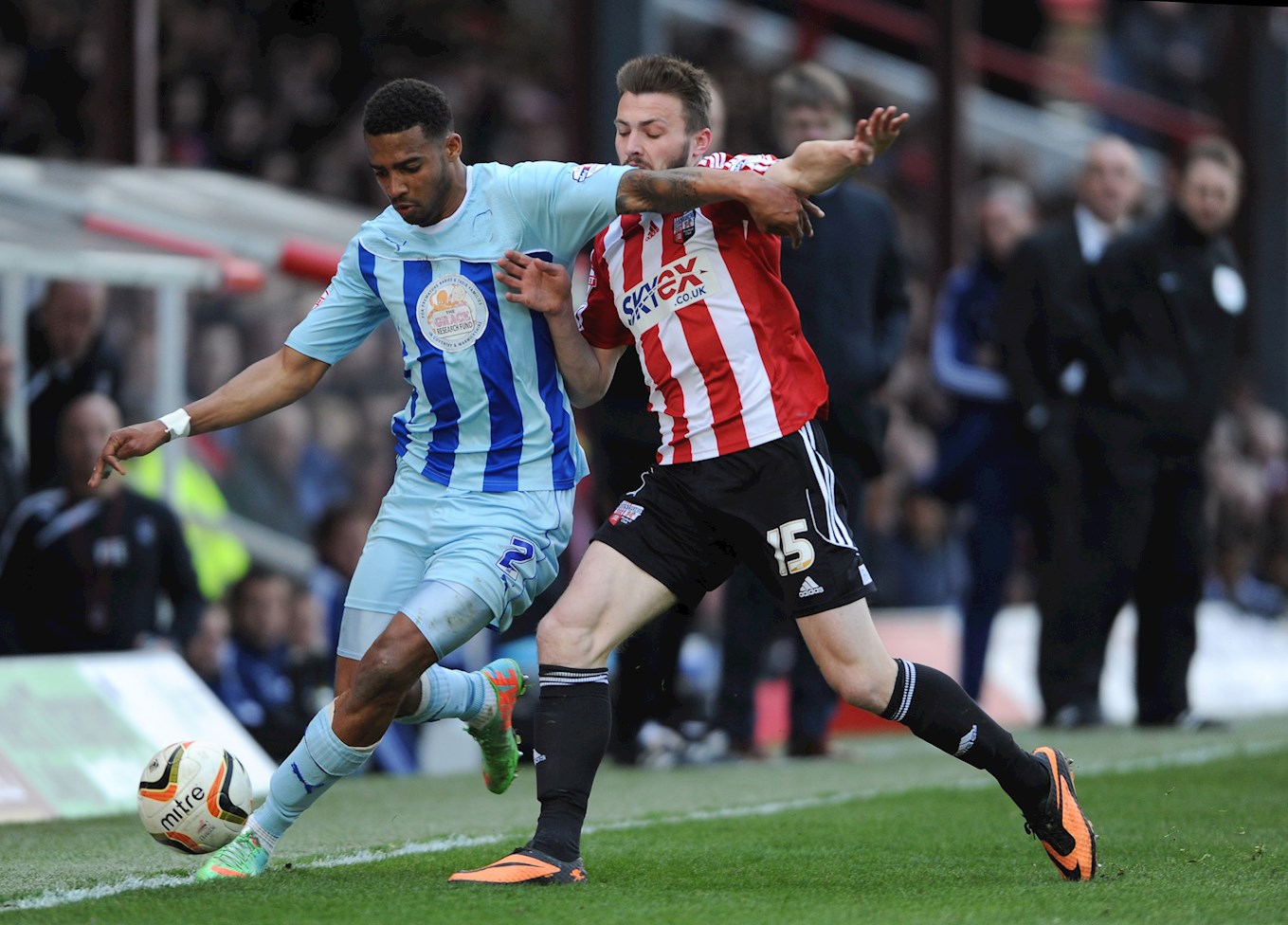 The two sides last met in March 2014 with Brentford claiming a 3-1 win against the Sky Blues at Griffin Park in League One.

City raced into the lead when Carl Baker’s effort was spilled into the path of Callum Wilson who swept the ball home from close range after just six minutes.

Brentford were awarded a penalty when Alan Judge was fouled inside the area, only for Joe Murphy to produce a stunning save, diving to his right, to deny Judge from 12-yards out.

The hosts equalised on 17 minutes when Clayton Donaldson was played through on goal, before sliding an effort past the onrushing Murphy.

The Bees struck again three minutes later when some neat footwork from Marcello Trotta created a yard of space, before drilling an effort into the bottom right corner from the edge of the penalty area.

John Fleck came close to levelling the game for the Sky Blues when his dipping effort from 25-yards out was tipped over the bar by David Button.

Brentford sealed the points on 48 minutes when Alan McCormack burst through on goal before calmly finding the bottom right corner.

Westbrooke started his career with the Bees, having joined the club from Chelsea’s academy, and was named captain of the Brentford B team ahead of the 2016/17 season, having progressed through the youth ranks at the club.

He made his only appearance for Brentford at the end of the 2016/17 campaign, appearing as a late substitute in a Championship fixture against rivals Fulham, before spending short-term loans at National League sides Solihull Moors and Leyton Orient the following campaign.

The midfielder joined the Sky Blues on a free transfer in May 2018 and made eight appearances in his first season with the club.

He enjoyed a breakthrough campaign in 2019/20, appearing 33 times before the curtailment of the season, scoring four goals, helping City win the Sky Bet League One title.

The 23-year-old departed the club this summer, joining League One side Bristol Rovers where he has made six appearances this term. 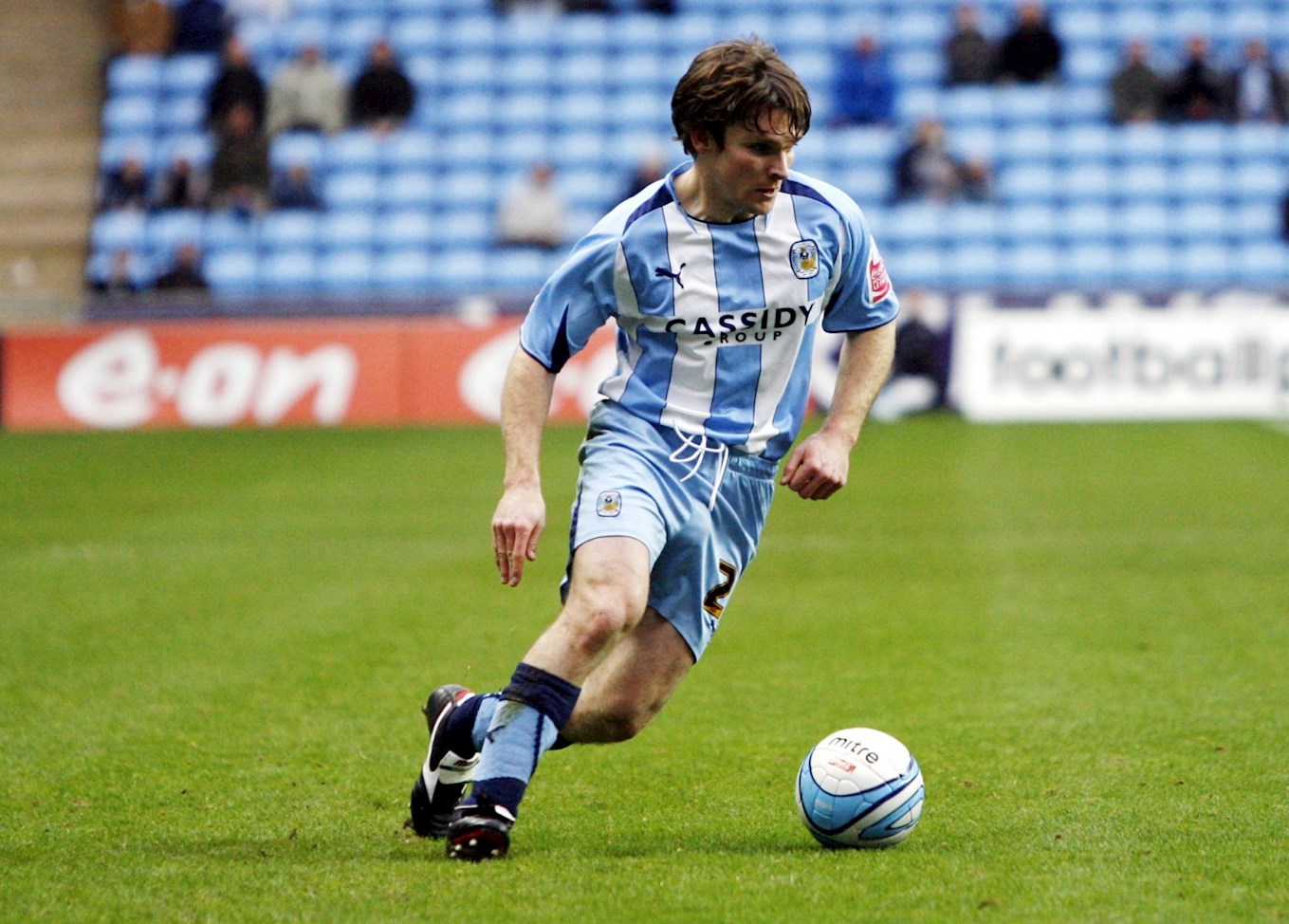 Diminutive midfielder Jay Tabb began his professional career with Brentford before enjoying a fine two-and-a-half-year stay with the Sky Blues.

Tabb was released by Crystal Palace as a youngster before being snapped up by Brentford where he would spend the next six seasons making 156 appearances, scoring 24 goals.

He signed for the Sky Blues in June 2006 and enjoyed a memorable stay with the club, winning the Player of the Year award at the end of the 2007/08 campaign, and would go on to play in 104 matches, scoring 12 goals, before departing for Reading in January 2009.

With the Royals, Tabb achieved promotion to the Premier League at the end of the 2011/12 season and made 12 appearances in the top flight, before joining Ipswich Town on loan in March 2013.

The move was made permanent the following summer and he helped the club reach the Championship play-offs in 2014/15 where they were beaten by rivals Norwich City, before leaving Portman Road at the end of the following season.

Andy Woolmer will be the man in the middle on Saturday afternoon, taking charge of his fourth game of the 2020/21 season.

He last refereed the Sky Blues back in August 2015, when City ran out comfortable 4-0 winners away at Millwall.

This will be Woolmer’s 17th season as a Football League referee and he has officiated the Sky Blues on 11 occasions, with City winning five, drawing four and losing two of those matches.

So far, Woolmer has awarded 11 yellow cards across three matches in the Championship and League One this season.

He will be assisted by Ian Cooper and Wade Smith with Robert Hyde acting as fourth official. 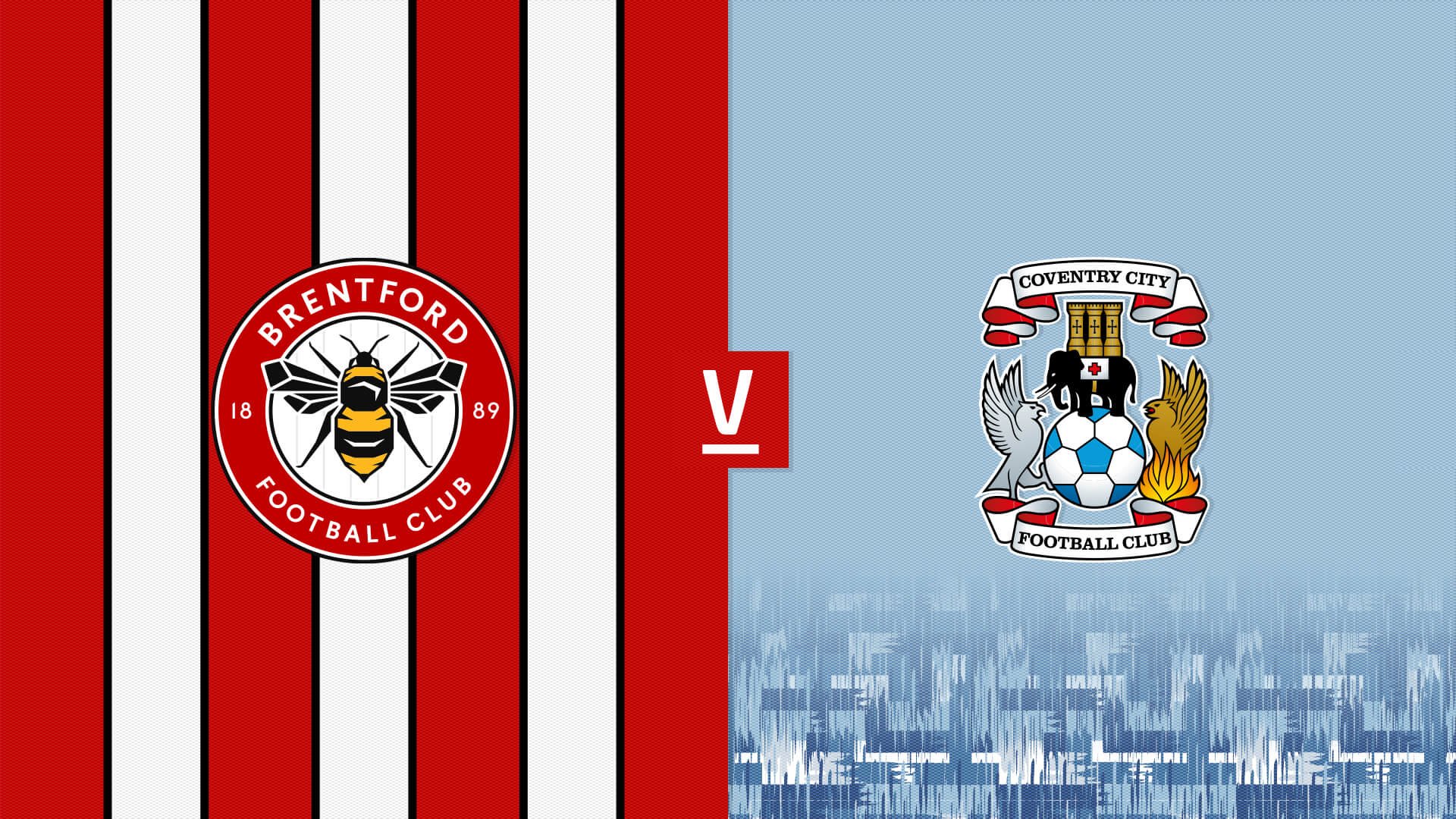 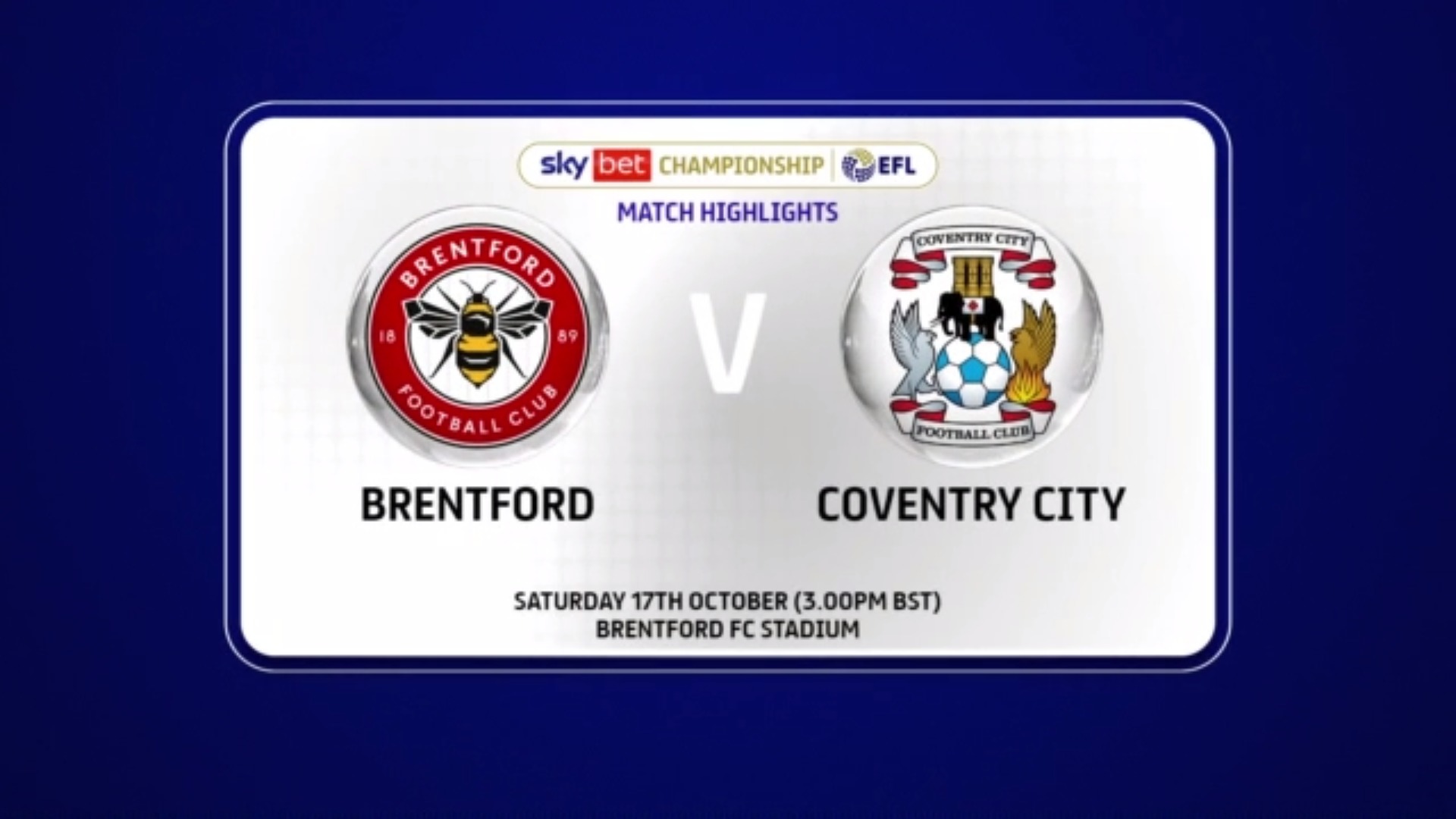 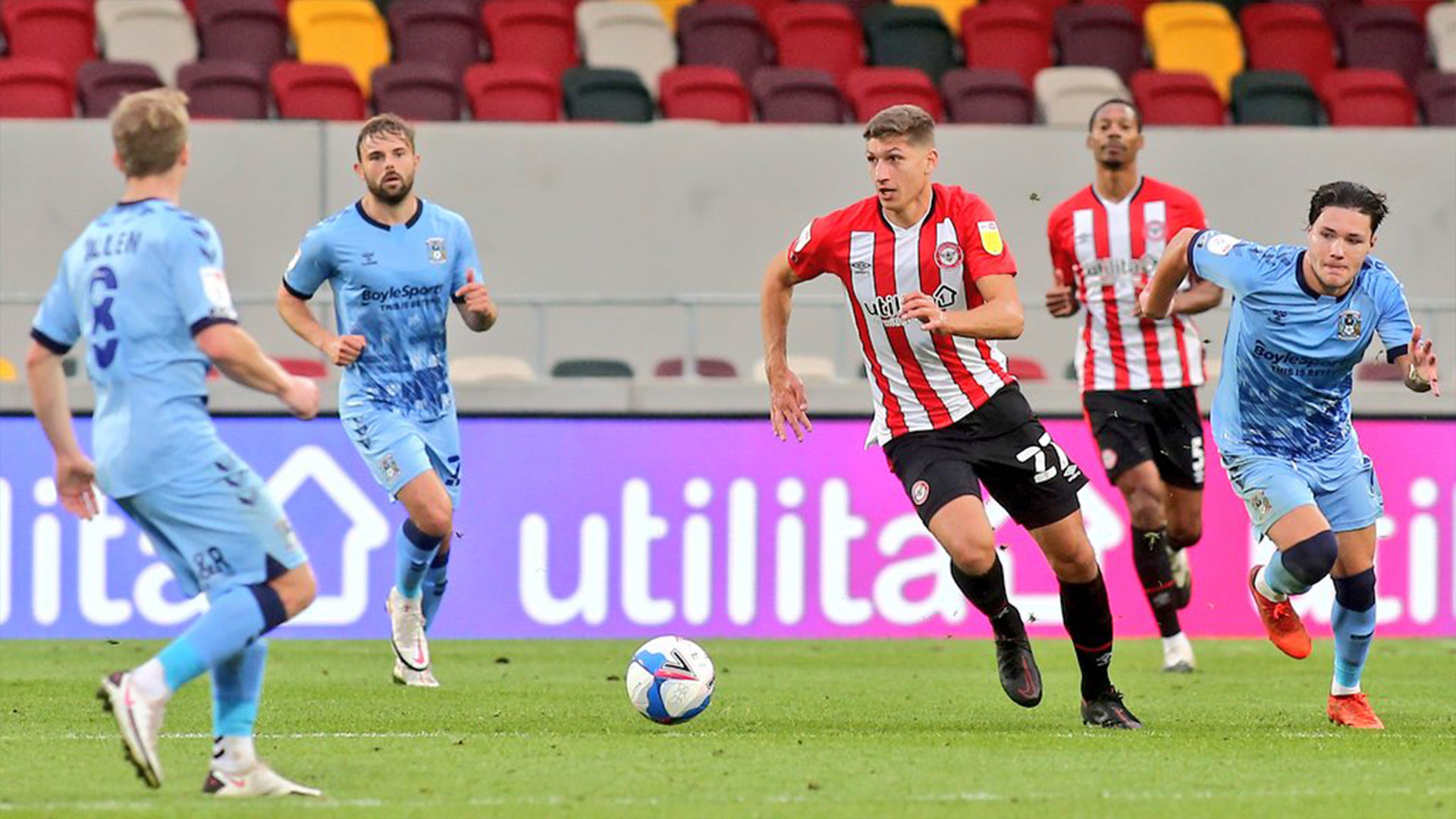