The Sky Blues take on Birmingham City in front of the Sky Sports cameras on Friday night. Here’s everything you need to know about our opponents. 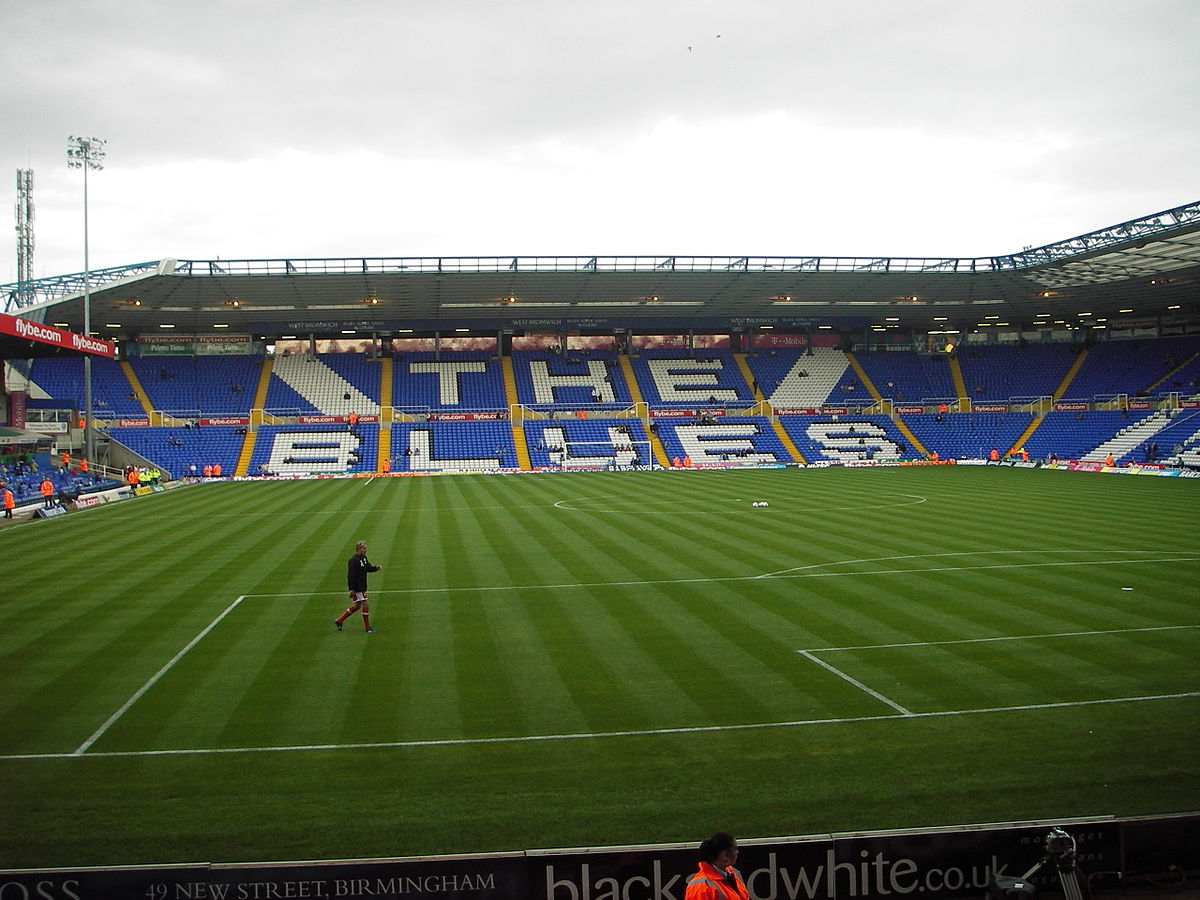 Birmingham City have made a steady start to the season under new head coach Aitor Karanka, having finished two places above the drop zone last term.

Karanka’s side have been difficult to breakdown this season, conceding 11 goals in as many matches, but have struggled in front of goal, finding the net on just nine occasions. 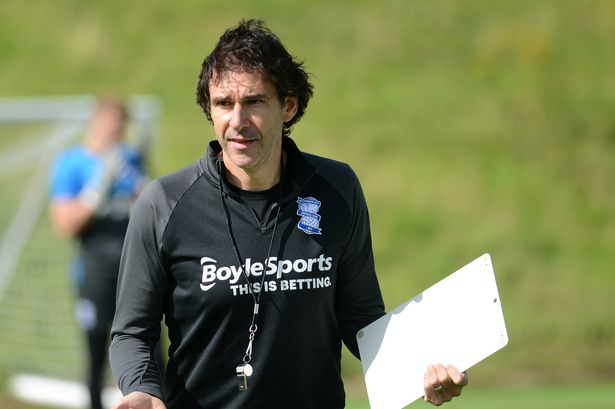 Aitor Karanka was appointed as Birmingham head coach this July, having previously guided Middlesbrough into the Premier League.

The Spaniard returned to management with Nottingham Forest in January 2018 and spent a year in charge at the City Ground prior to his appointment as Blues boss this summer. 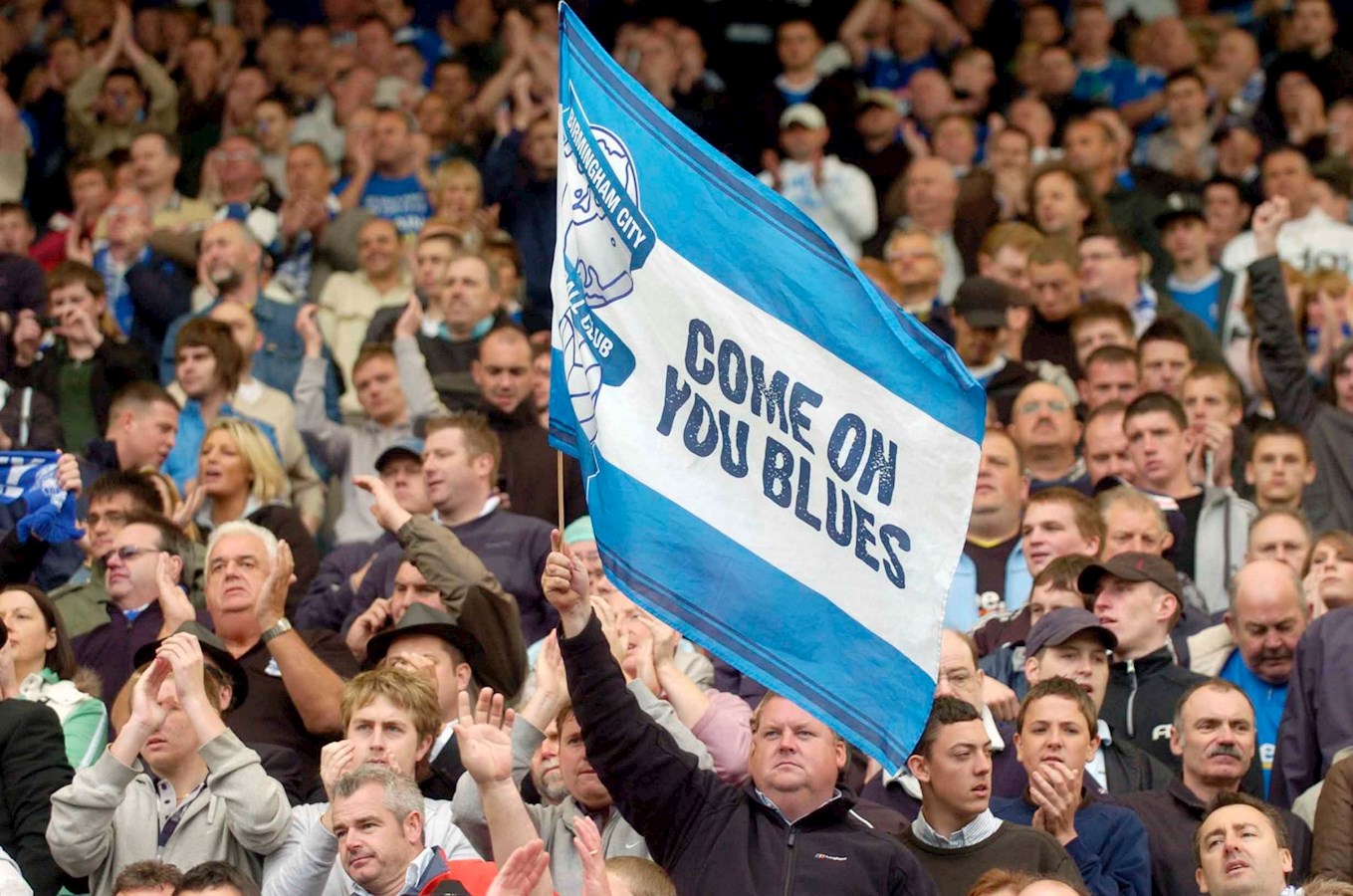 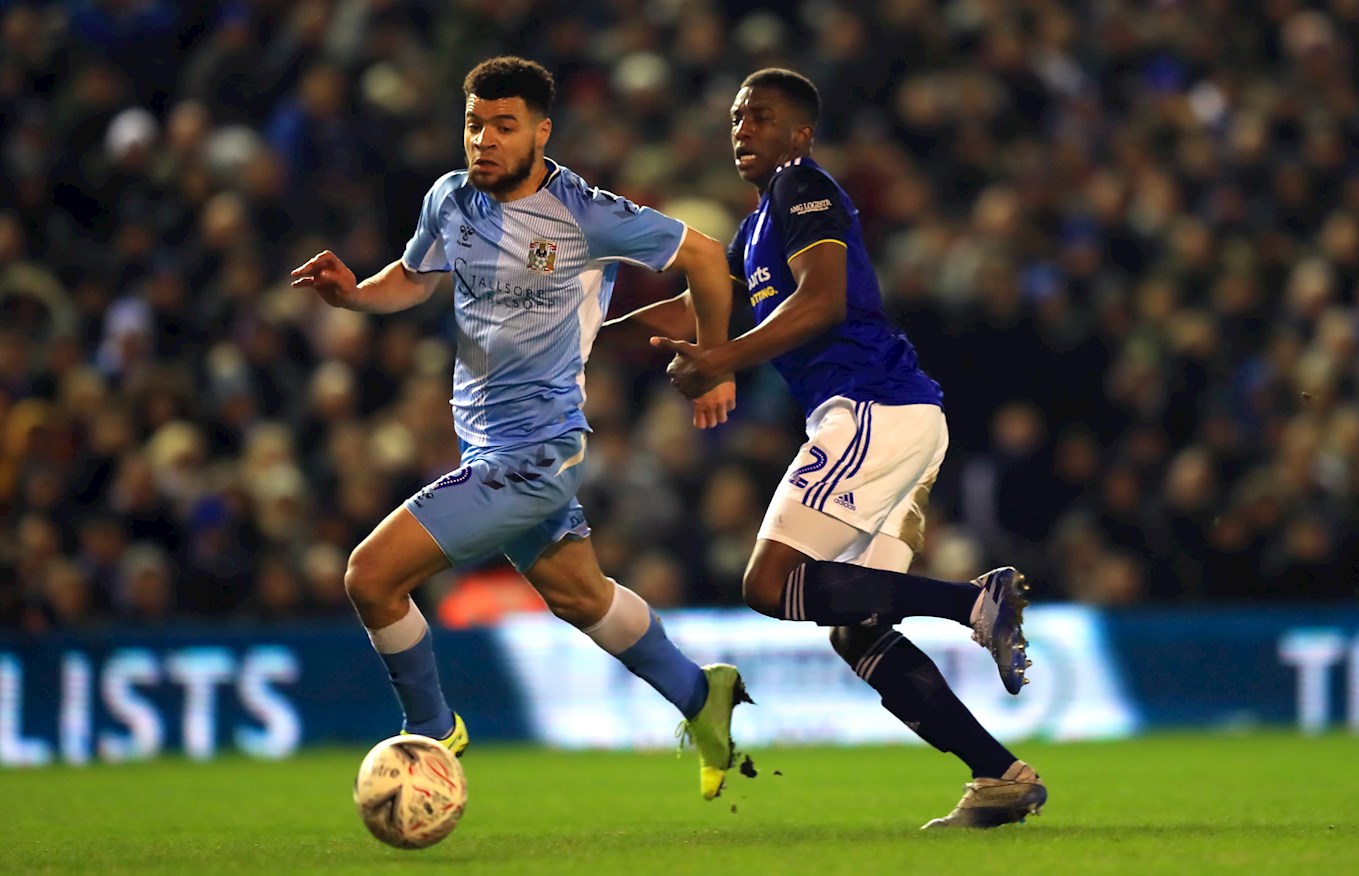 The two sides last met in February this year with the Sky Blues beaten on penalties after a 2-2 draw in an FA Cup fourth round replay.

Birmingham came close to breaking the deadlock when City failed to deal with Marc Roberts’ long throw which was hooked goalwards and superbly cleared off the line by Dom Hyam.

The Sky Blues took the lead early in the second-half when Amadou Bakayoko’s shot deflected off Roberts and looped into the back of the net.

City almost added a second goal when Fankaty Dabo was sent clear down the right before crossing for Max Biamou who fired over the crossbar from 10-yards out.

Mark Robins side were dealt a cruel blow in injury-time when Harlee Dean headed home Jacques Maghoma’s cross from the right to send the game to extra-time.

The Sky Blues began the extra period on the front foot and almost retook the lead when Jamie Allen went on a surging run into the penalty area before seeing his effort deflected just wide of the post.

City deservedly went ahead six minutes from time when a fine team move ended with Callum O’Hare finding Biamou inside the penalty area before the striker coolly finished past Lee Camp to send the Sky Blues faithful into delirium.

However, victory was once again snatched away from City when Jeremie Bela’s cross from the right went in off the left-hand post with virtually the last kick of the game.

Birmingham would go on to win 4-1 on penalties, converting all four of their spot kicks, with Matty Godden on target for the Sky Blues. 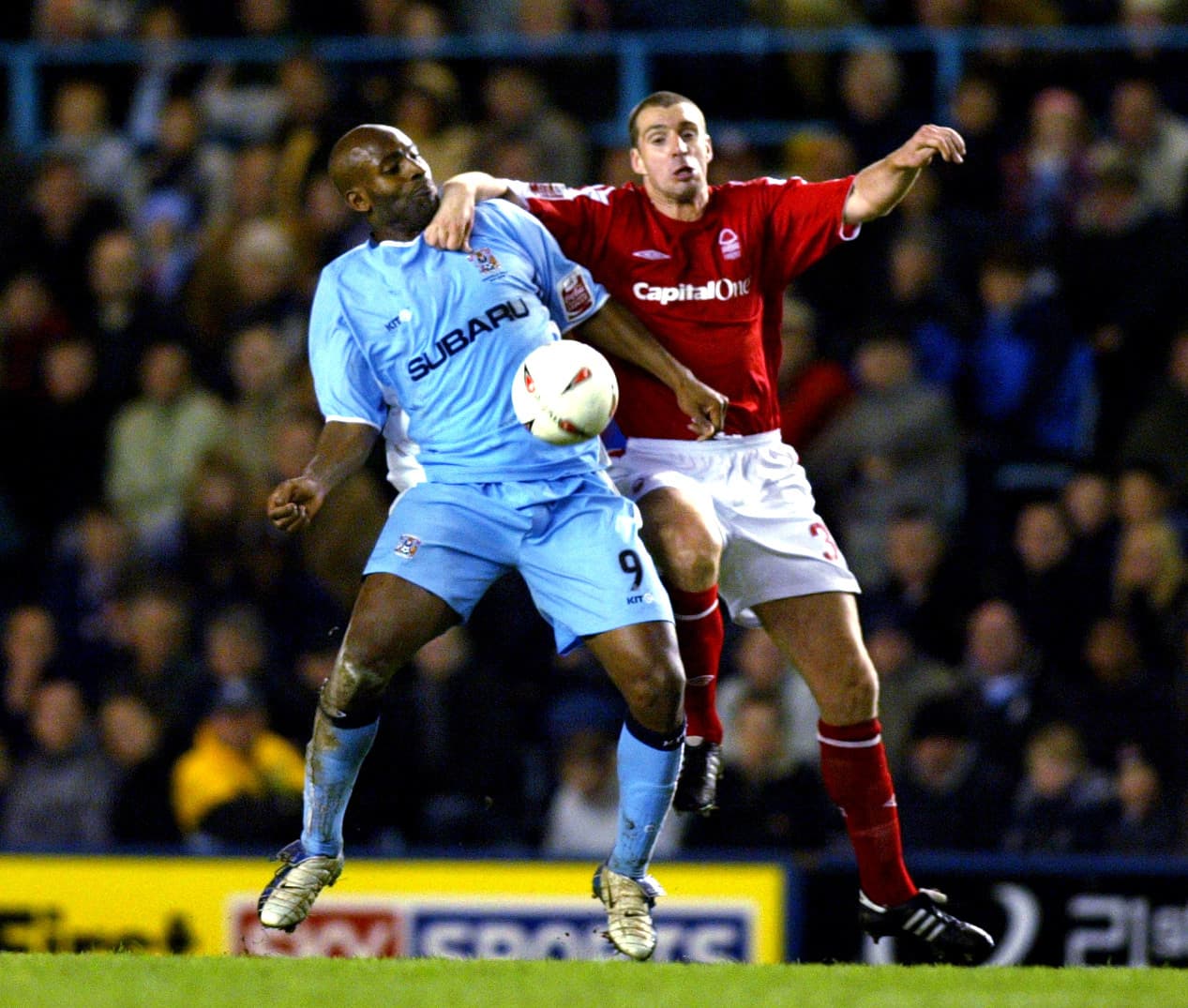 Sky Blues favourite Dele Adebola enjoyed a spell with Birmingham early in his career before enjoying a five-season stay with the Sky Blues.

The Nigeria born striker began his career with Crewe Alexandra and made over 100 appearances for the Railwaymen over six seasons, helping them secure promotion to the First Division in 1996/97 via the play-offs.

His form for the Staffordshire club earned him a move to fellow First Division side Birmingham in February 1998 and after a bright start to life in the West Midlands, he fell out of favour despite helping them reach the 2001 League Cup final.

He spent time on loan with Oldham Athletic after suffering a long-term knee injury whilst at Birmingham before joining Crystal Palace for a season in August 2002.

The forward joined the Sky Blues the following season and finished the campaign on loan at Burnley, also spending time on loan at Bradford City at the beginning of the 2004/05 campaign.

He would eventually go on to make 163 appearances for City, scoring 31 goals, and became a firm favourite amongst the Sky Blues faithful during his five seasons with the club.

Adebola departed for Bristol City in January 2008 and impressed for the Ashton Gate club before sending two seasons with Nottingham Forest and finishing his career with Hull City. 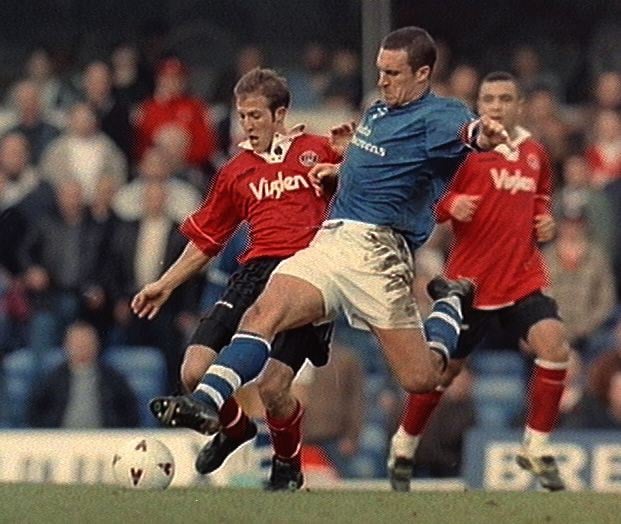 Daish came through Portsmouth’s academy, making one appearance for the club before joining Cambridge United where he made over 100 appearances and helped the club achieve successive promotions from the fourth division to the second division.

His impressive form at Cambridge saw him complete a move to Birmingham in January 1994 with Daish spending just over two years in the West Midlands.

He captained the side to the Division Two title as well as the EFL Trophy, making just shy of 100 appearances for Blues before signing for the Sky Blues in February 1996.

The defender managed just 34 appearances in a City shirt, across four seasons, having suffered a serious knee ligament injury during his time with the club.

Daish finished his career in non-league football with Havant & Waterlooville before retiring from football in 2003. 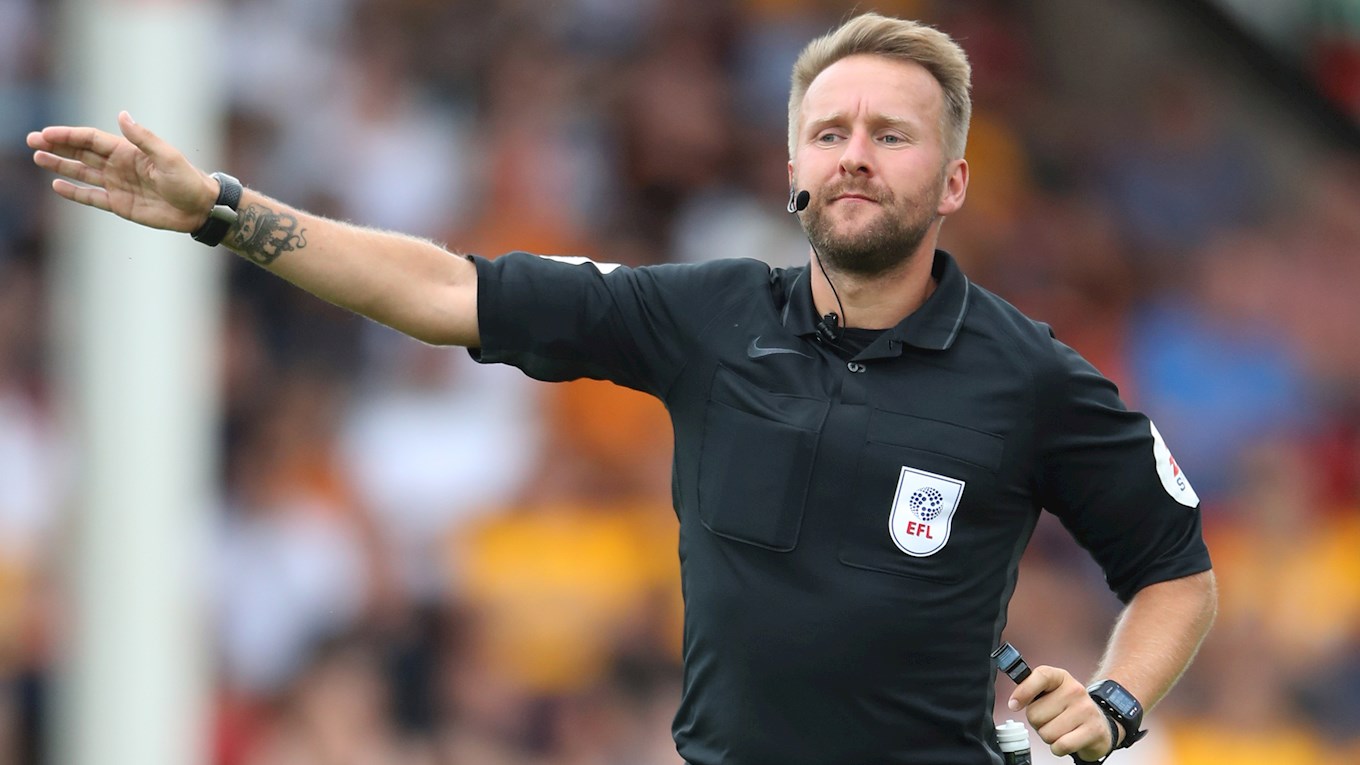 Oliver Langford will be the man in the middle on Friday night, taking charge of his ninth game of the 2020/21 season.

He last refereed the Sky Blues back in March 2016, when City were beaten 1-0 by Rochdale at the Ricoh Arena.

This will be Oliver’s 13th season as a Football League referee and he has only officiated the Sky Blues on one occasion, that being the aforementioned League One clash with Rochdale.

So far, Langford has awarded 42 yellow cards and one red card across eight matches in the Sky Bet Championship and Carabao Cup.

He will be assisted by Rob Smith and James Wilson with Geoff Eltringham acting as fourth official.

The Sky Blues played out a goalless draw with Birmingham City in a game of few chances at St Andrew’s.

City’s best opportunity fell to Tyler Walker, who saw his header well saved in the first half before Marko Marosi made a stunning fingertip save to deny Lukas Jutkiewicz late on.

The draw means the Sky Blues end a run of back-to-back defeats and are now unbeaten in their last two home matches.

Mark Robins made four changes from the side beaten at Watford with Fankaty Dabo and Kyle McFadzean returning in defence, captain Liam Kelly starting in midfield and Walker leading the line in attack, making his first home start for the club.

The visitors created the game’s opening chance when Mikel San Jose delivered a cross from the left that was headed wide by former City man Jutkiewicz from six-yards out.

City then came close to breaking the deadlock when Kelly spotted the run of Walker in-behind the Birmingham defence only for Neil Etheridge to deny the striker’s headed effort from close range.

Shortly before half-time, George Friend tried his luck from distance with his effort going well wide of the left-hand post.

Kelly and Walker combined again early in the second-half with the striker not quite able to cleanly connect with the midfielder’s pass.

The Sky Blues continued to search for the opening goal when Ben Sheaf picked out Walker who cut inside of his man only to see his effort blocked before Callum O’Hare scuffed the rebound wide.

Robins made a double change midway through the second period with Leo Ostigard and Max Biamou introduced in place of Ben Sheaf and Jordan Shipley.

With 20 minutes to go Jeremie Bela found substitute Jon Toral in space on the edge of the penalty area from a corner from the right, but headed his effort harmlessly over the crossbar.

A fizzing 25-yard drive from Ivan Sunjic forced Marosi into a save five minutes later, with the keeper doing well to smother the midfielder’s effort.

Birmingham almost snatched a winner 10 minutes from time when Maxime Colin’s cross from the right was headed into the ground by Jutkiewicz and tipped onto the woodwork by the fingertips of Marosi to keep the scores level.

Jutkiewicz came close to scoring again moments later, scrambling the ball wide on the stretch after another delivery from the right. 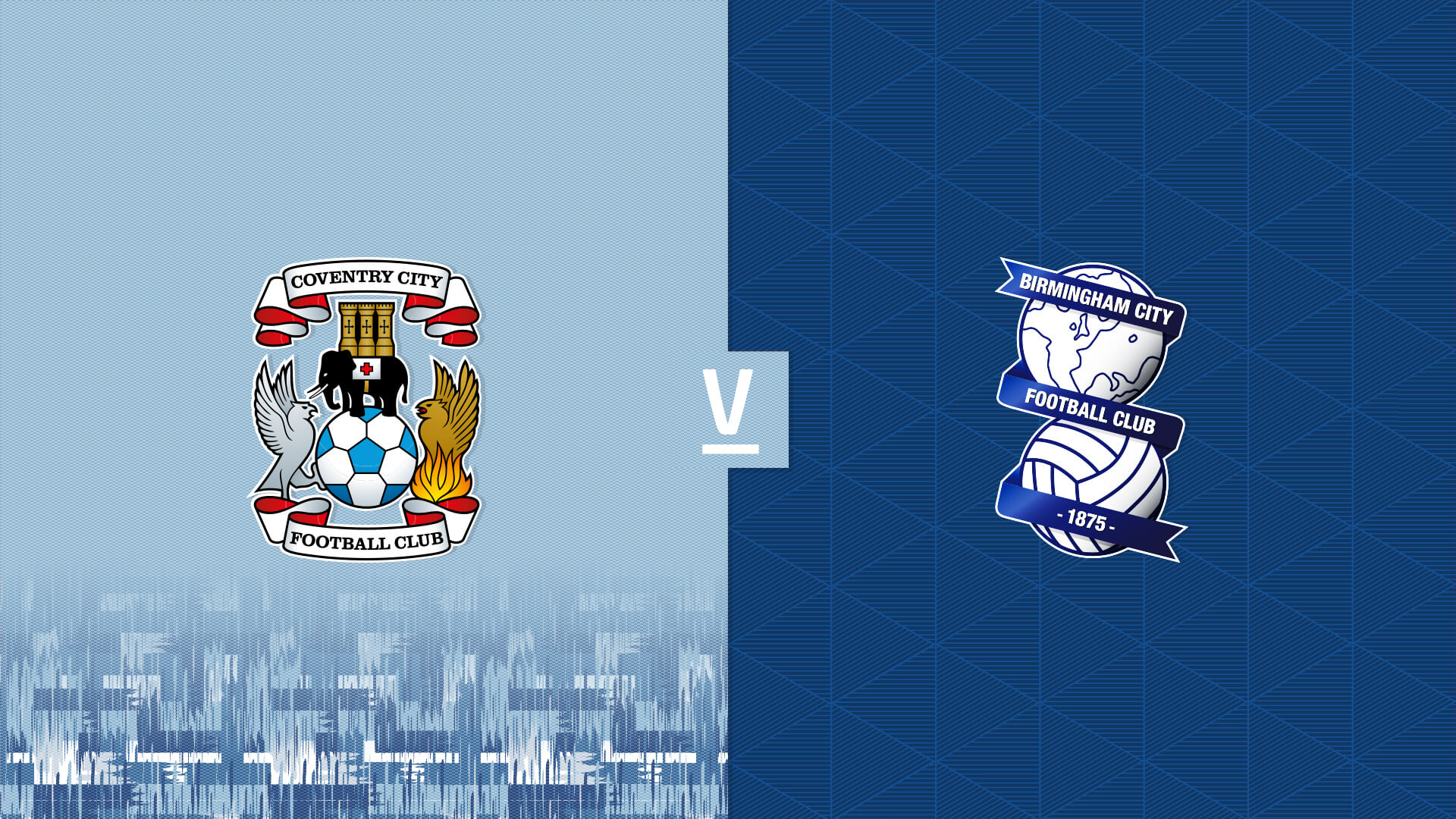 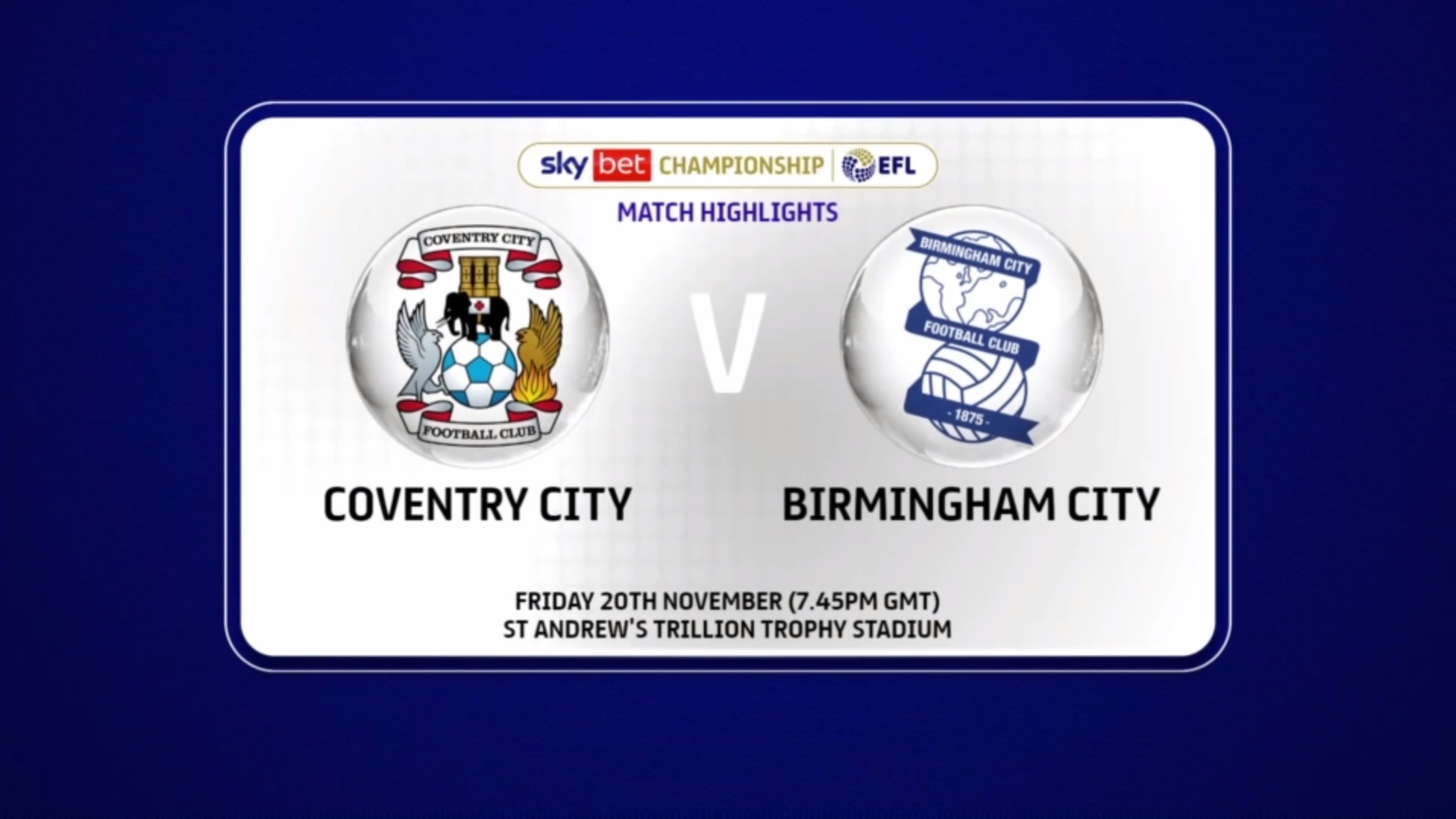 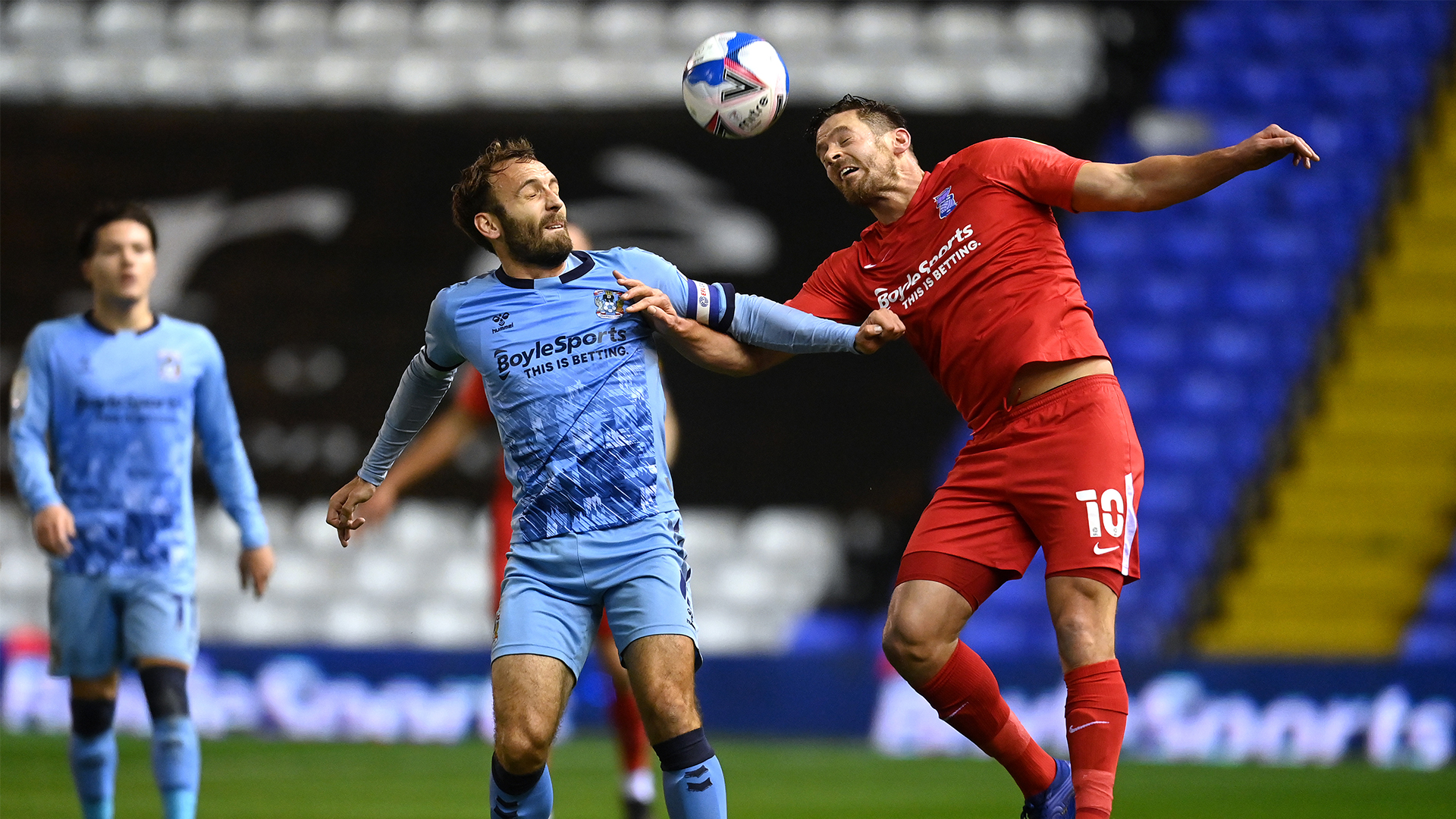