The Sky Blues host Wycombe Wanderers at St Andrew’s on Saturday afternoon. Here’s everything you need to know about our opponents. 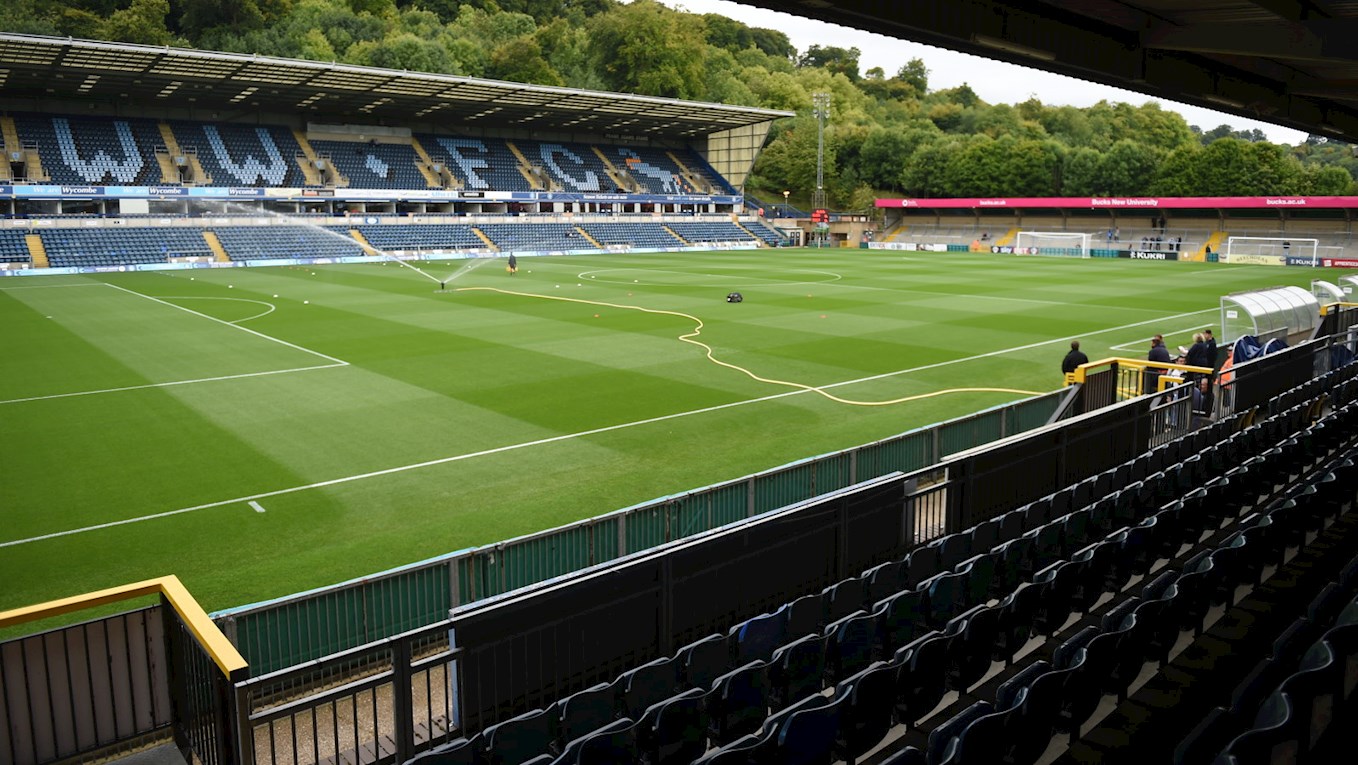 The Chairboys have three joint top scorers with Joe Jacobson, Scott Kashket and Uche Ikpeazu all having scored four goals this season whilst the former also has five assists from left-back.

The Buckinghamshire club have lost five of their last six matches and have scored the fewest goals and conceded more goals than any other side in the division. 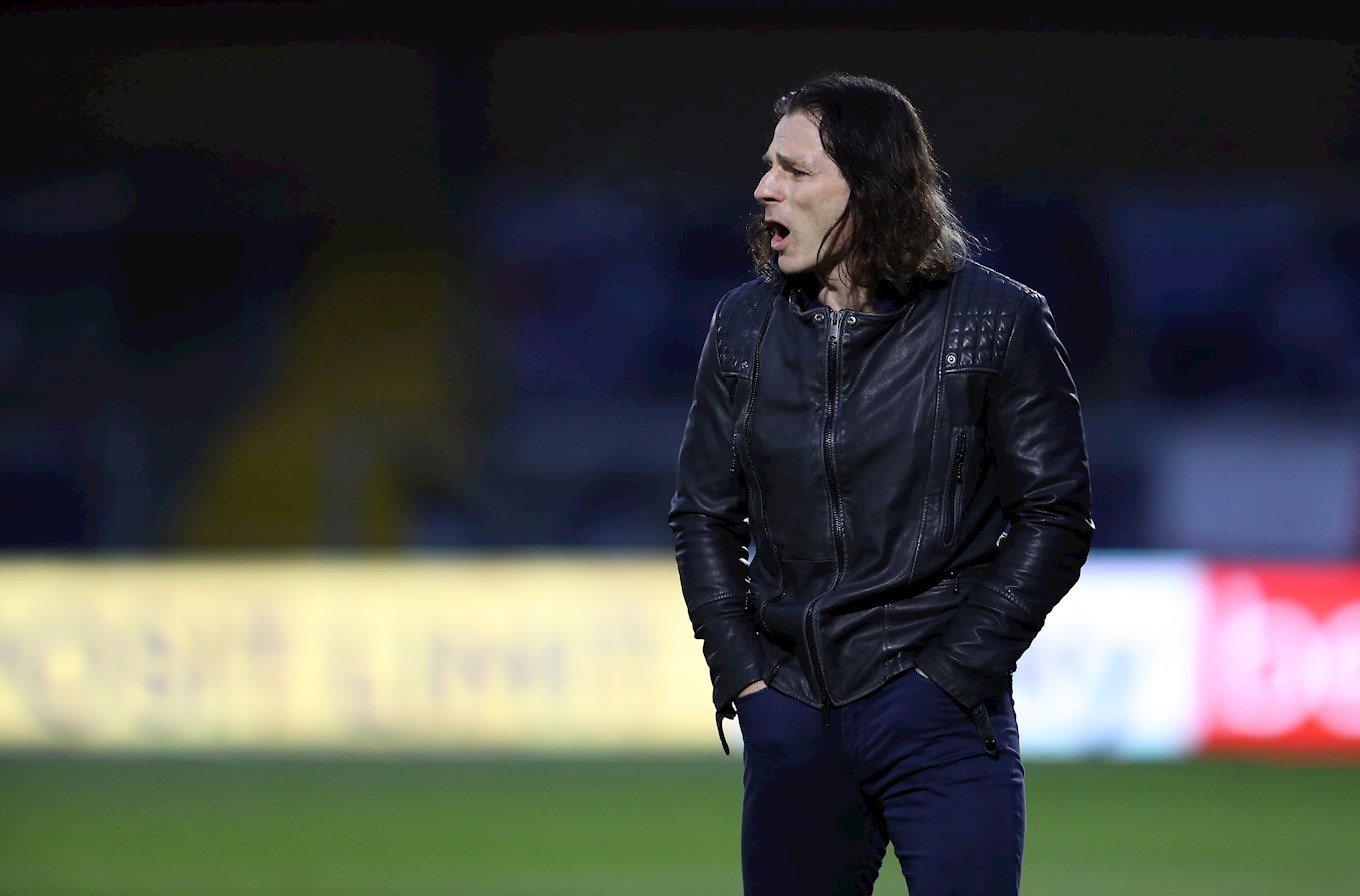 Gareth Ainsworth was appointed Wycombe manager in November 2012, having been in caretaker charge of the club since September that same year.

The 47-year-old had previously had two spells in caretaker charge of Queens Park Rangers, before steering Wycombe to safety following his appointment at Adams Park and keeping the club in the Football League on goal difference on the final day of the 2013/14 season.

However, he turned the club’s fortunes around the following season missing out on automatic promotion from League Two by a single point before losing in the play-off final at Wembley on penalties to Southend United having conceding in the final minute of extra-time.

After two seasons of finishing outside the play-off places, Ainsworth finally took Wycombe into League One, securing automatic promotion in 2017/18, returning the club to the third-tier for the first time in six seasons.

Ainsworth impressively kept the Chairboys in the division before securing promotion to the Championship for the first time in the club’s history against all the odds last season, defeating Oxford United in the play-off final at Wembley. 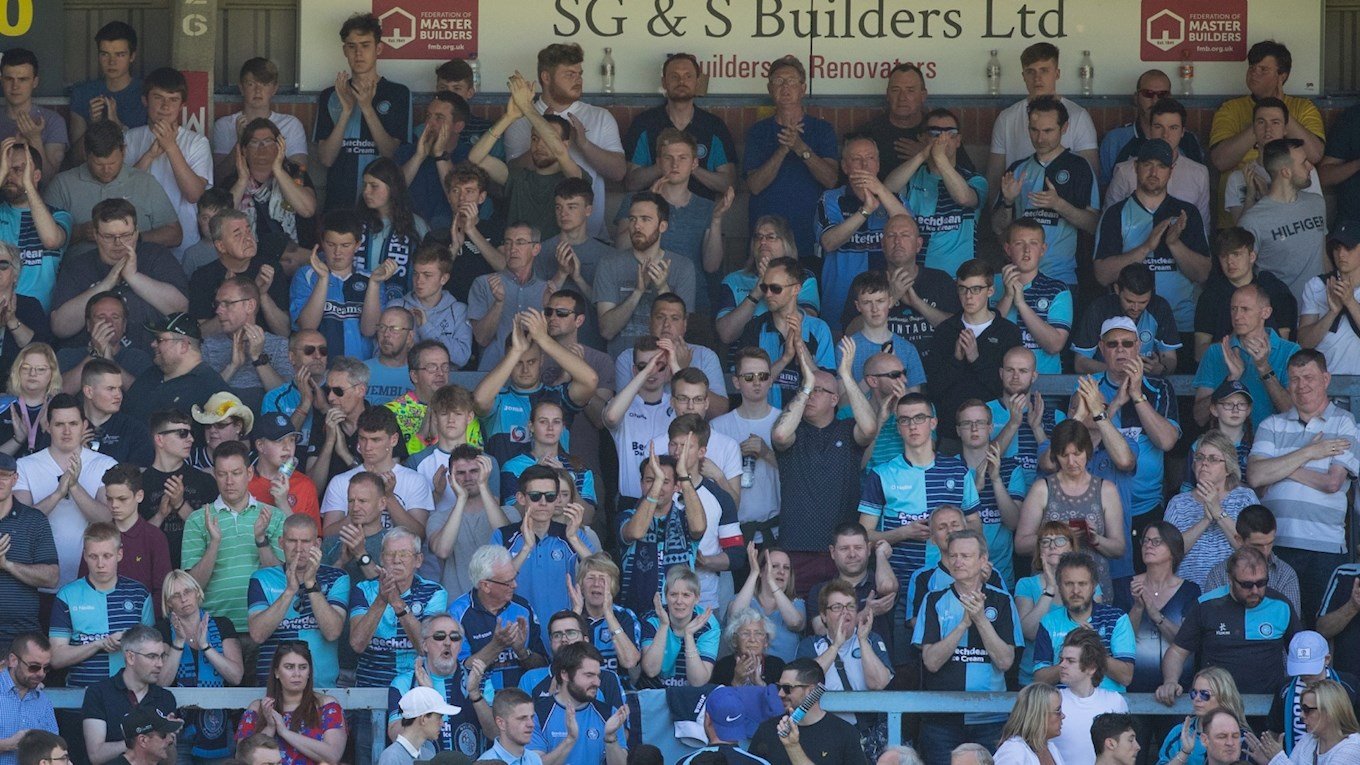 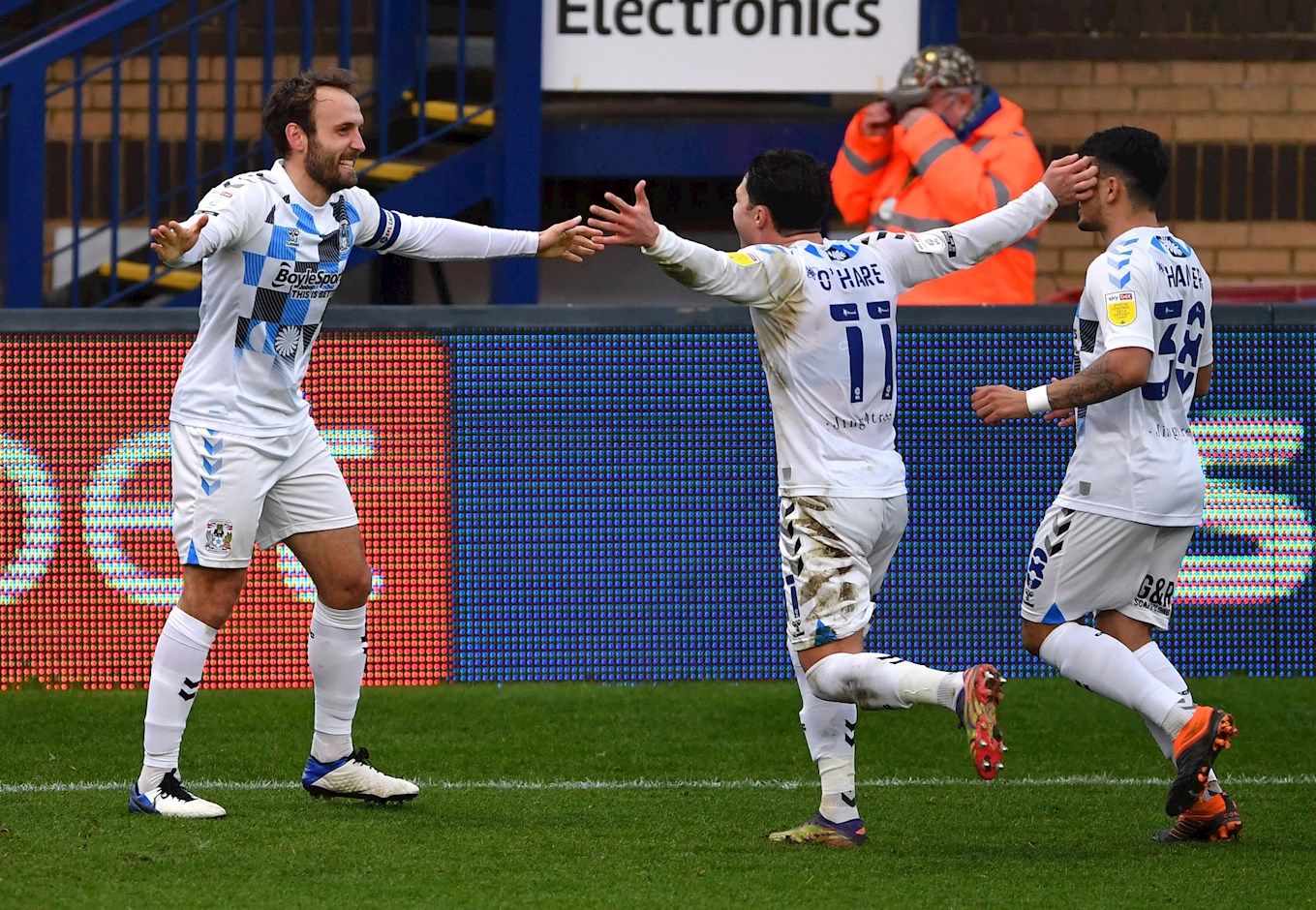 The two sides last met earlier this season when the Sky Blues secured a 2-1 win at Adams Park in front of 2,000 fans thanks to a brace from captain Liam Kelly.

The skipper came close to opening the scoring when Callum O’Hare picked him out inside the penalty area, firing a low effort inches past the post.

He then opened the scoring on 34 minutes after picking up a loose ball and drilling a superb effort past Ryan Allsop into the bottom left corner from 25-yards out to score his first goal for the club in over two years.

Kelly remarkably doubled his tally in first-half injury time, having been told to stay on the pitch by manager Mark Robins despite picking up a knock, when Leo Ostigard headed the ball back across goal for Kelly to head home from close range.

The hosts pulled a goal back from the penalty spot just past the hour mark when Ben Sheaf was adjudged to have fouled David Wheeler inside the box with Joe Jacobson sending Ben Wilson the wrong way from 12-yards out.

Fred Onyedinma then blazed over for Gareth Ainsworth’s side when clean through on goal before Gus Hamer hit the post with an extraordinary effort from just inside the Wycombe half having seen Allsop off his line.

City held on for the three points in the final few minutes with Scott Kashket having a goal ruled out for offside late on securing a valuable three points and their first away win of the season. 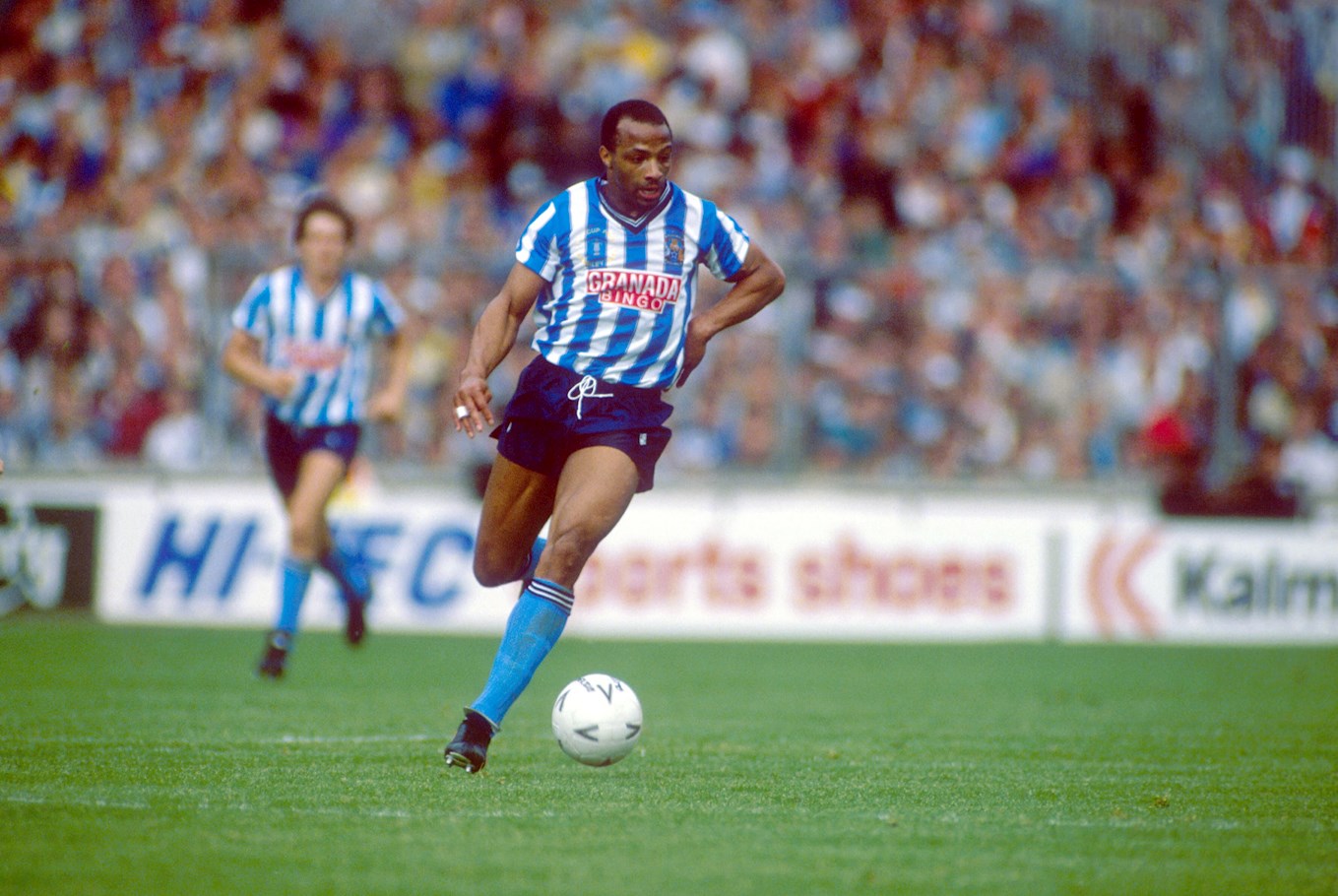 Sky Blues legend Cyrille Regis helped City lift the FA Cup in 1986/87 before spending one season with Wycombe towards the end of his career.

Regis started his professional career with West Bromwich Albion where he formed part of the ‘Three Degrees’ and was a trailblazer for black players in football, scoring 111 goals in 300 appearances for the Baggies.

The striker joined the Sky Blues in 1984 and would spent the next seven seasons at Highfield Road, making 282 appearances and scoring 61 goals, leading the attack in the 1986/87 FA Cup final in which City triumphed 3-2 against Tottenham Hotspur.

He had short spells with Aston Villa and Wolves before signing for Wycombe in 1994 where he would spend just one season, netting 10 goals in 38 appearances before finishing his career with Chester City.

Regis also featured five times for England becoming just the third black player to be capped by the Three Lions at senior international level and has been inducted into the Coventry City Hall of Fame as well as being honoured with an MBE in 2008.

He tragically died in January 2018 aged 59-years-old and is remembered fondly by the Sky Blues faithful and the wider footballing community. 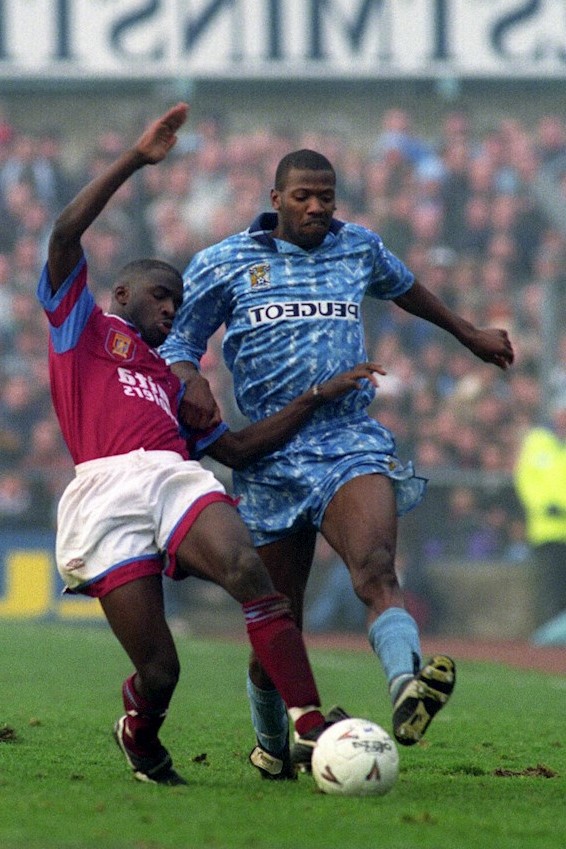 Former Sky Blues forward John Williams spent three seasons with the Sky Blues in the Premier League before being sold to the Chairboys.

Williams began his professional career with Swansea City where he scored 11 goals in the Third Division before joining the Sky Blues in 1992, scoring the second ever goal in the newly-formed Premier League.

He was a first-team regular during his first two seasons at Highfield Road before being loaned to Notts County, Stoke City and Swansea and eventually departed for Wycombe in 1995, having scored 11 goals in 80 appearances for City.

The Birmingham born forward netted nine goals in 48 games for the Chairboys across two seasons in the Second Division before having short spells with Hereford United and Walsall.

He then spent one season with Exeter City and Cardiff City respectively, scoring 12 goals during his spell with the Bluebirds, before winding down his career with York City, Darlington, Swansea and Kidderminster Harriers. 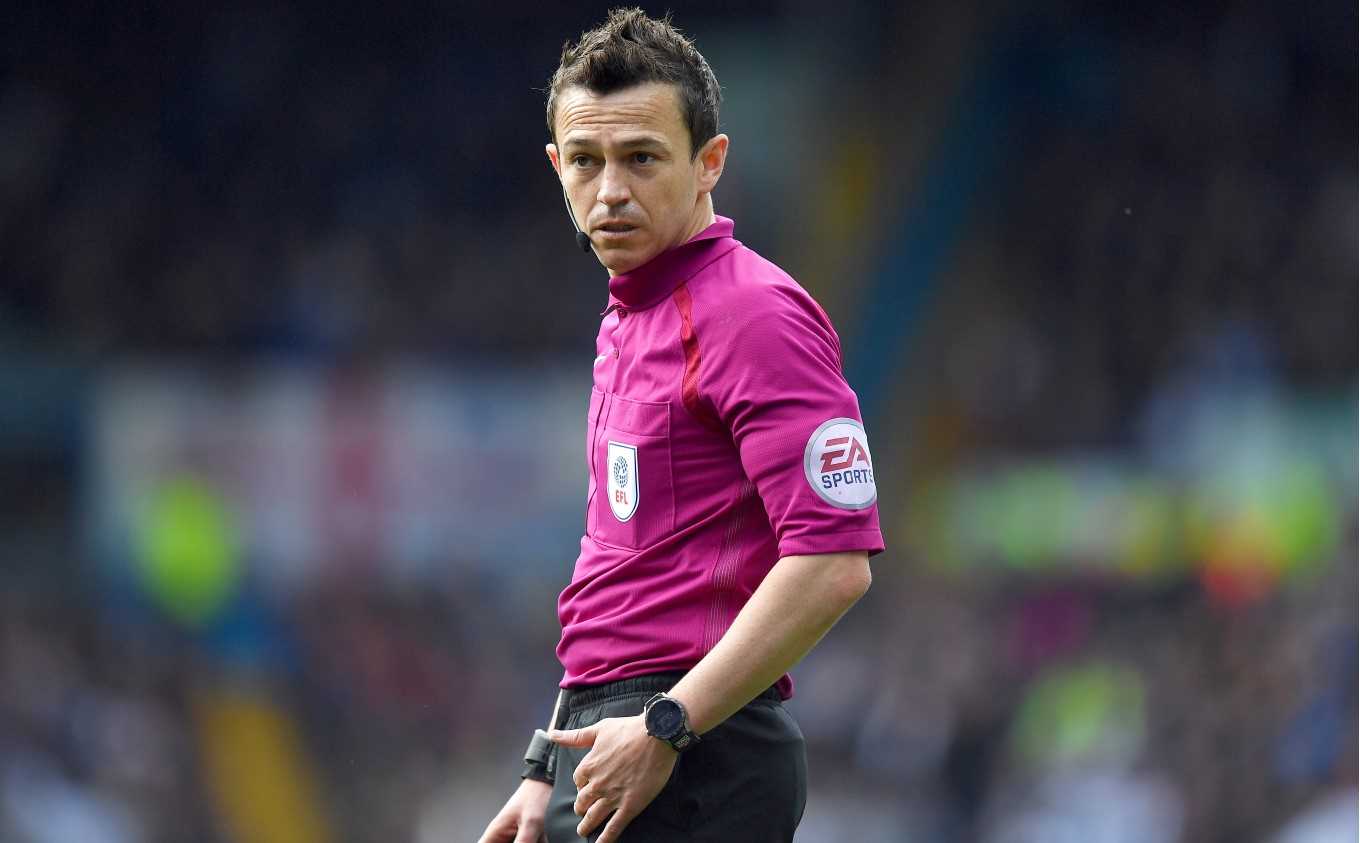 Tony Harrington will be the man in the middle on Saturday afternoon, taking charge of his 30th game of the 2020/21 season.

He last refereed the Sky Blues in February this year when City were beaten 2-1 by Nottingham Forest at St Andrew’s.

This will be Harrington’s ninth season as a Football League referee and he has officiated the Sky Blues on four previous occasions, with City winning one, drawing one and losing two of those matches.

He will be assisted by Shaun Hudson and Akil Howson with David Webb acting as fourth official.

The Sky Blues were held to a goalless draw against Wycombe Wanderers in a game of few chances at St Andrew’s on Saturday afternoon.

Gus Hamer and Max Biamou had City’s best openings, both of which came in the opening few minutes, with neither side able to find a breakthrough in a closely fought contest.

City now have over a week without a fixture before their next match away at Queens Park Rangers on Good Friday due to the upcoming international break.

Mark Robins made one change from the side beaten by Luton Town in midweek with Michael Rose replacing the suspended Kyle McFadzean at centre-back.

The Sky Blues made a blistering start when Fankaty Dabo broke free down the right in the first minute of the game before cutting the ball back to Hamer who scuffed his effort wide from 15-yards out.

City had another chance inside the opening five minutes when Biamou pounced on a defensive mistake and raced through on goal only to be denied by the onrushing David Stockdale.

Robins side continued to dominate the chances when Sam McCallum played a delightful ball over the top for Biamou to chase with the striker slicing his effort wide of the mark.

The Sky Blues were forced into a first-half change with Julien Dacosta replacing Fankaty Dabo just before the interval after the right-back picked up what appeared to be a hamstring injury.

It was a case of defences on top for the opening 15 minutes of the second period with City introducing Josh Pask and Tyler Walker from the bench in an attempt  to break down a stubborn Wycombe backline.

In a half of few chances Hamer made a driving run towards the edge of the Wycombe penalty area before seeing his shot blocked.

Robins made another double change with eight minutes left to play with Ben Sheaf and Matty Godden coming on as City went in search of a winner.

The Chairboys had their first shot on target on 83 minutes when substitute Fred Onyedinma tried his luck from distance with Ben Wilson smothering the effort low down to his left.

In a drab affair neither side were able to create a clear opening with City forced to a settle for a point at St Andrew’s. 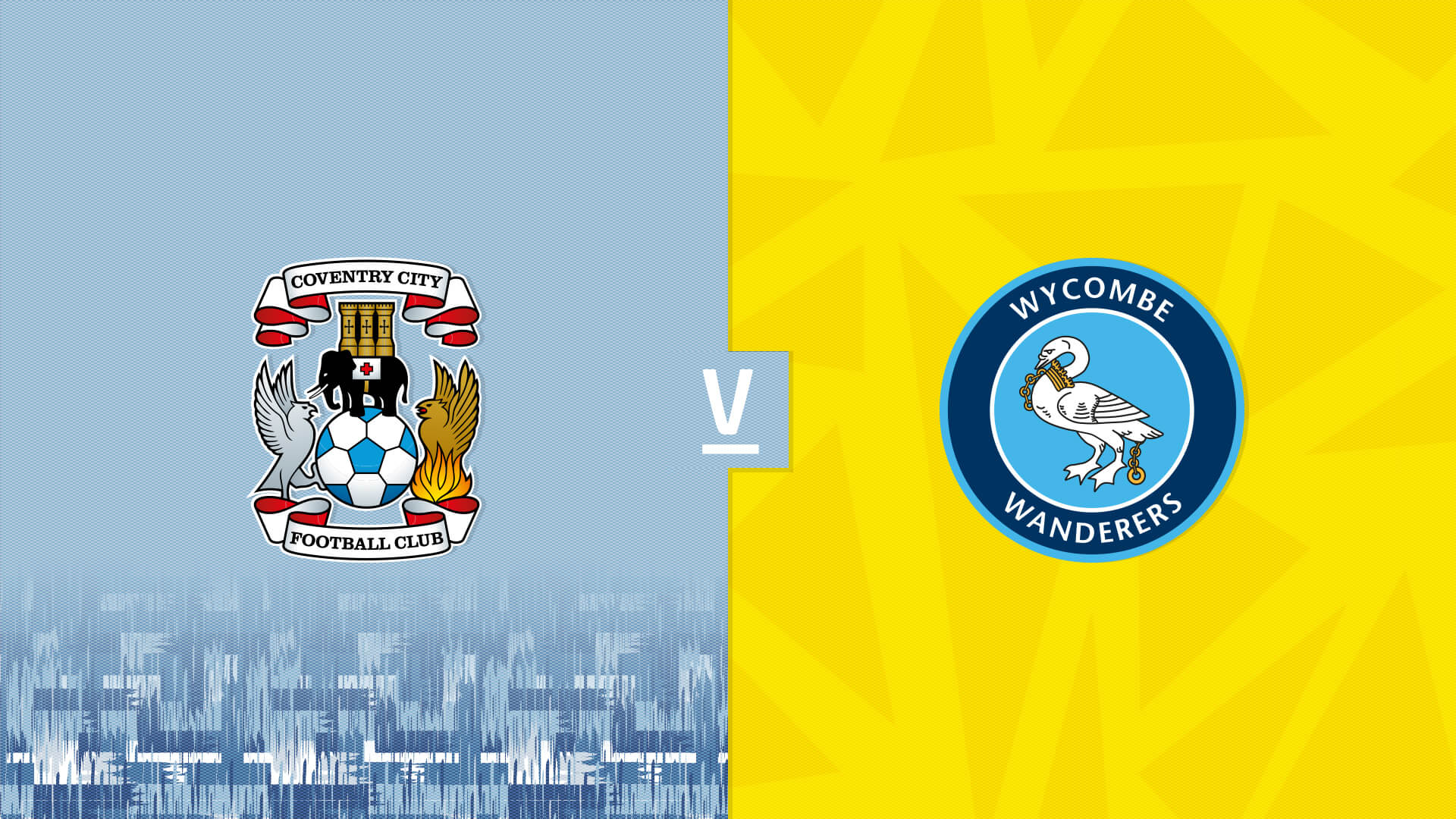 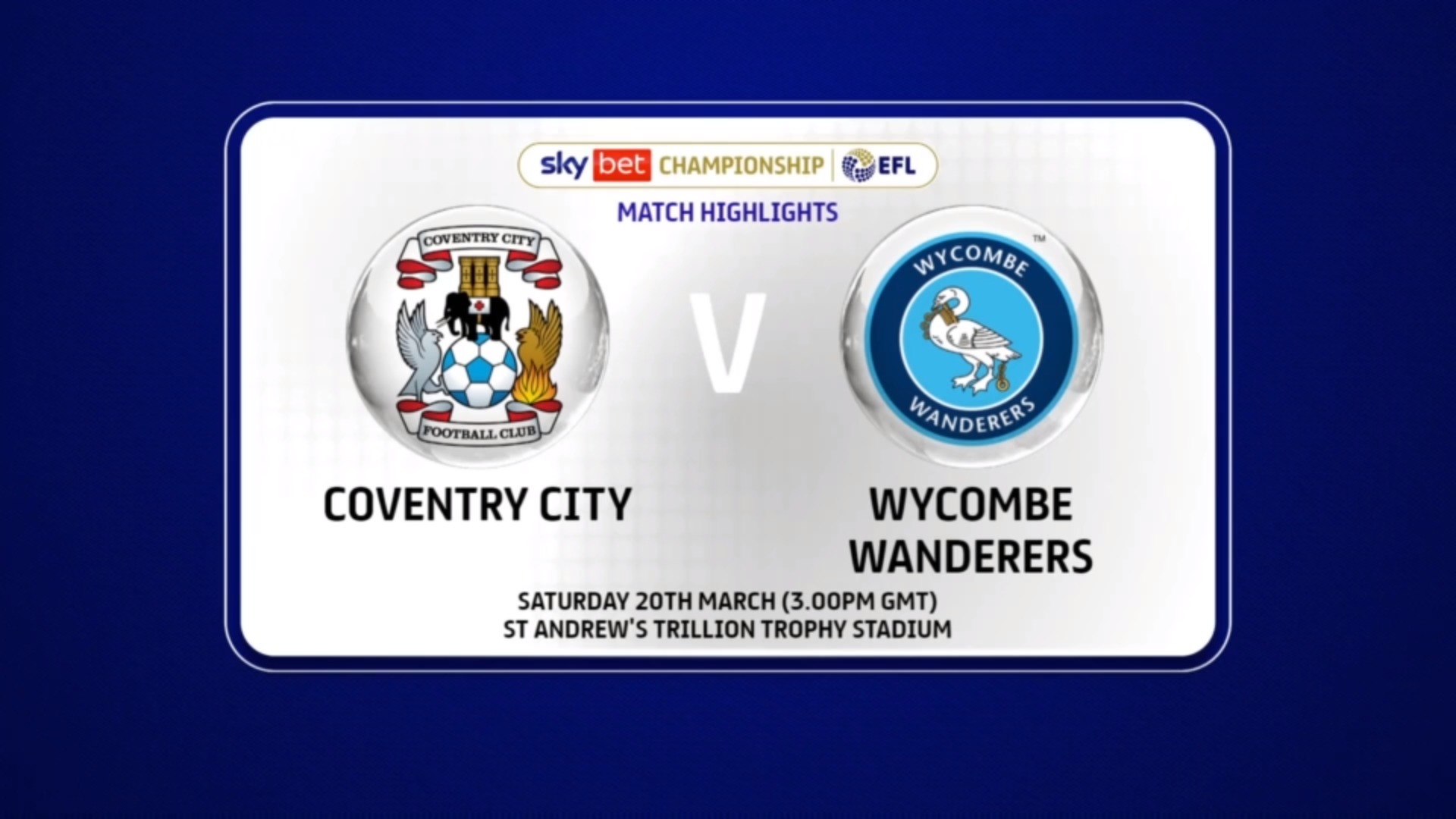 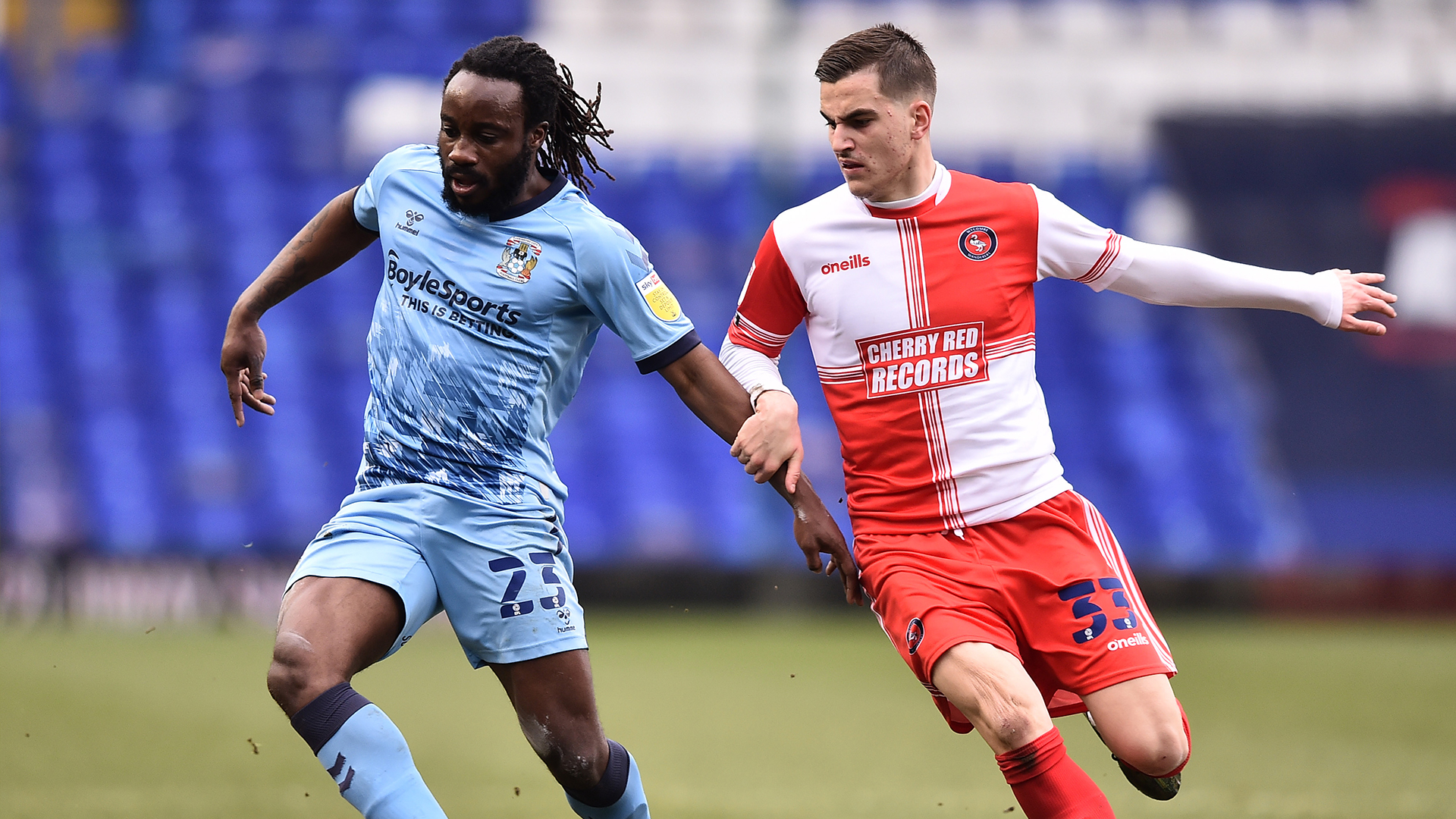