The Sky Blues host Nottingham Forest at St Andrew’s on Tuesday night. Here’s everything you need to know about our opponents. 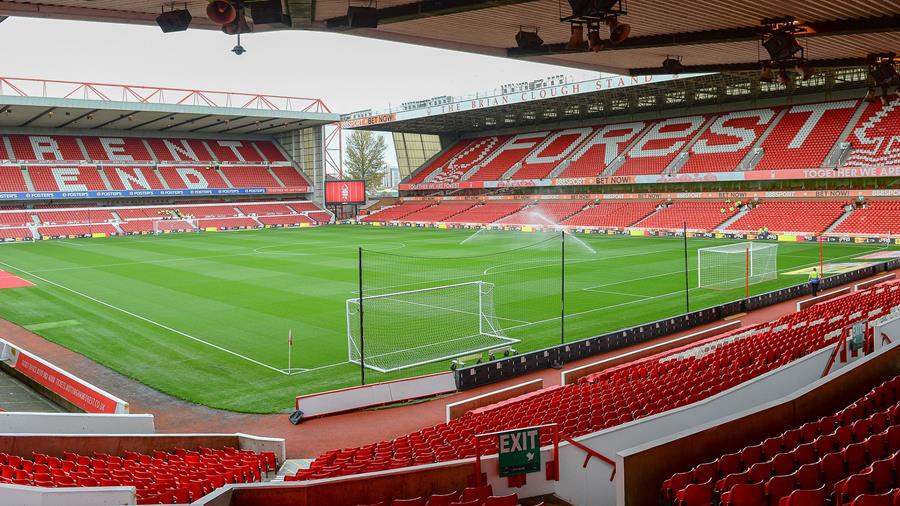 Nottingham Forest are currently 21st in the table just three points above the relegation zone having played more matches than all three teams below them.

The Reds are managed by Chris Hughton and their top scorer is striker Lyle Taylor who has four goals so far this season, which includes his strike against the Sky Blues earlier in the campaign.

The Nottinghamshire club are in good form having lost just once in their last eight league matches conceding only five goals over that period. 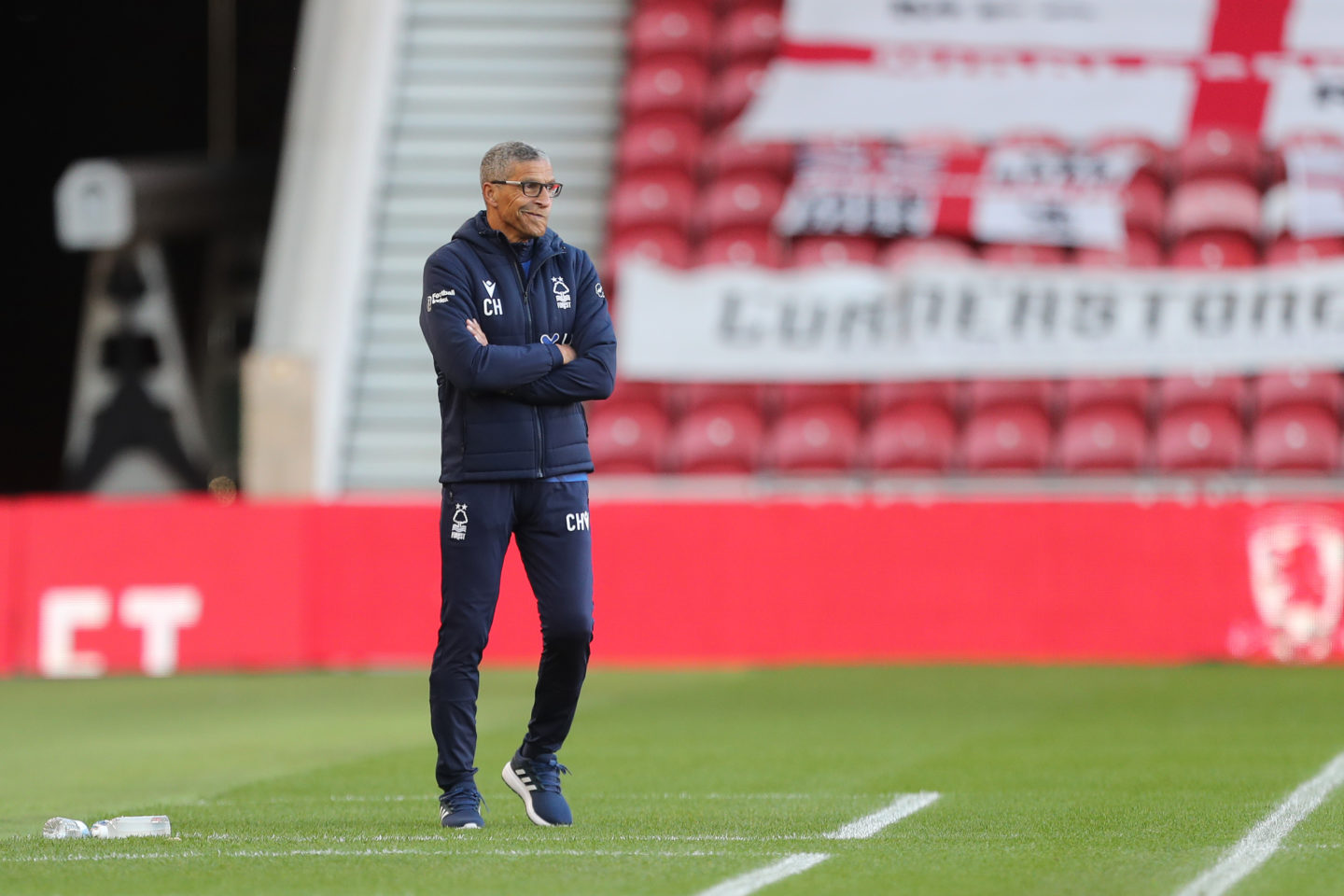 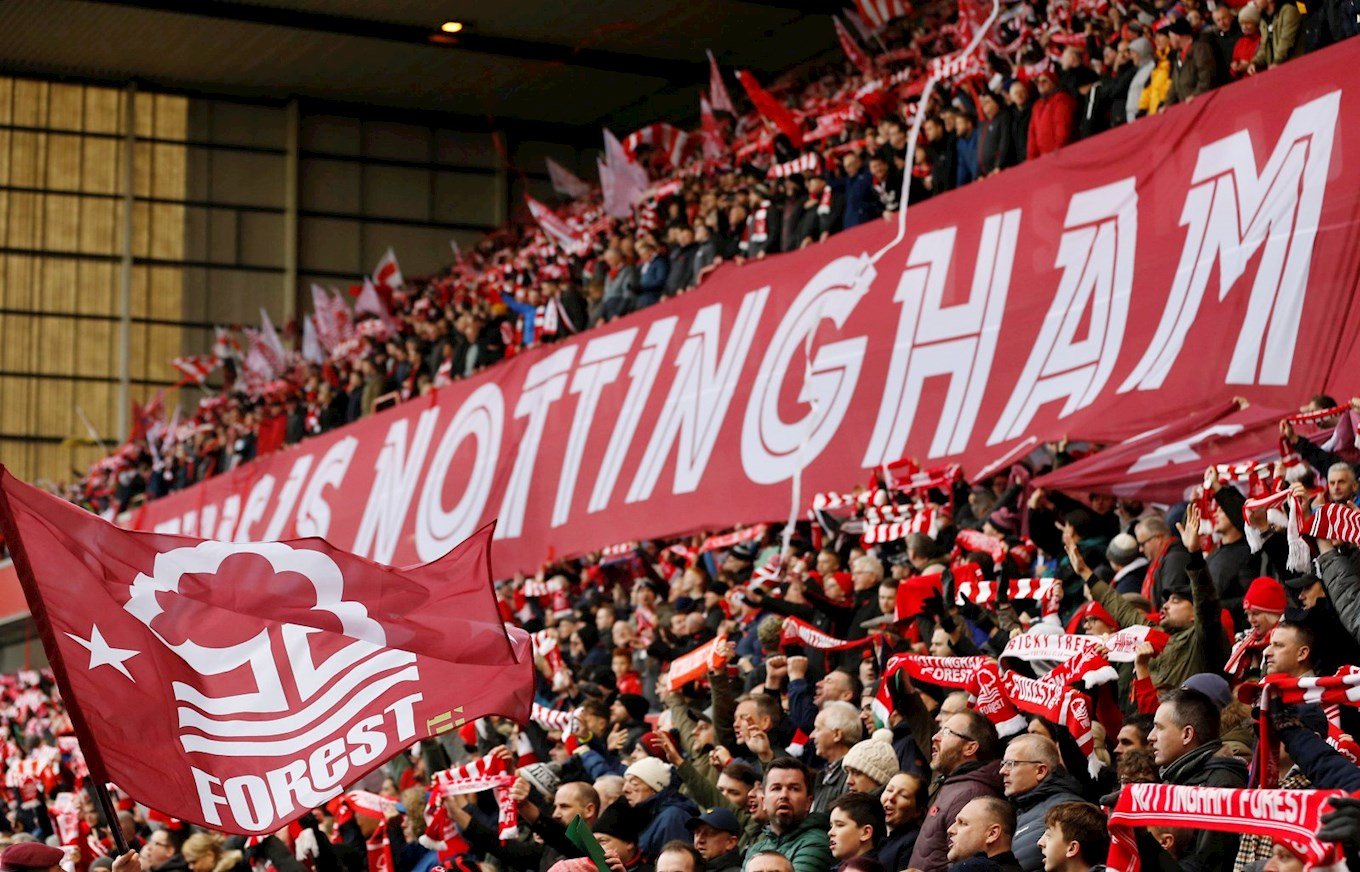 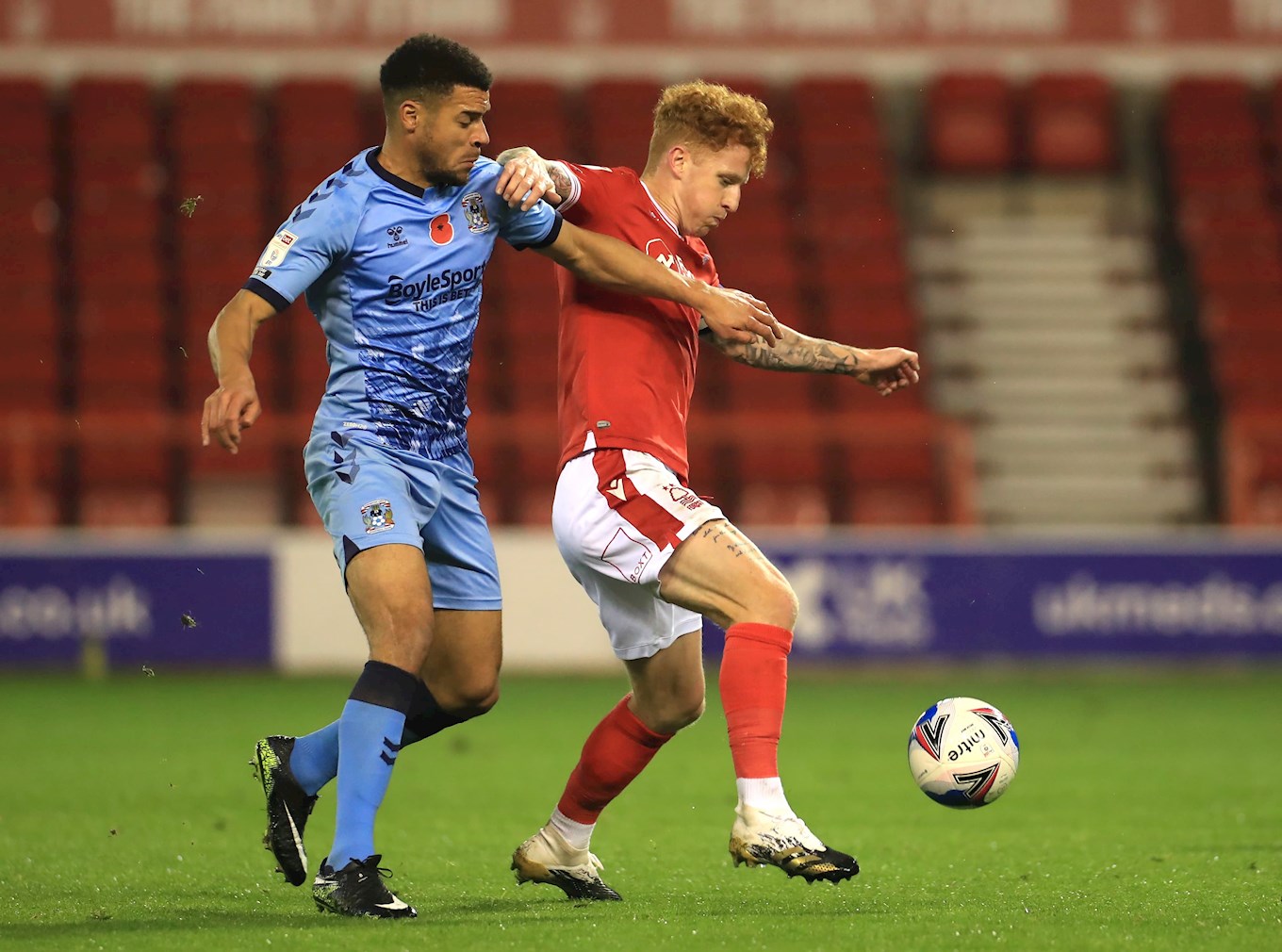 The two sides met in the Sky Bet Championship earlier in this season with City suffering a last gasp defeat at the City Ground in November.

Scott McKenna put Forest ahead after the ball broke kindly to the defender following a scramble in the penalty area.

Max Biamou hit the post before Callum O’Hare equalised for City with an excellent header from Sam McCallum’s early cross.

Forest keeper Brice Samba then denied O’Hare from close range and Leo Ostigard’s powerful header as City went in search of a winner.

However, the hosts won the game with the final kick through Lyle Taylor’s stoppage time penalty.

Former England international Carlton Palmer moved to the Sky Blues from Forest, spending a season with both clubs.

Palmer came through the ranks at West Bromwich Albion, making over 100 appearances for the Baggies before making his name at Sheffield Wednesday.

The midfielder was suspended for the final but played in every round of the Owls 1991 League Cup success, also helping the club reach the FA Cup final two years later.

After making more than 200 appearances for Wednesday, Palmer signed for Yorkshire rivals Leeds United, playing over a century of games for the Whites, and was a runner-up in the 1996 League Cup final.

He spent two seasons with Southampton before joining Nottingham Forest in January 1999, scoring one goals in 16 appearances for the Reds.

Palmer left Forest to join the Sky Blues in September that same year and would go on to make 35 appearances for City, scoring once, before departing the club in November 2001, having been loaned out to both Watford and Sheffield Wednesday during his spell at Highfield Road.

Following his time at the Sky Blues he became player-manager at Stockport County and spent two years with the club before being sacked.

He would later play for Dublin City in Ireland and spent a season in charge of Mansfield Town before retiring from the game. 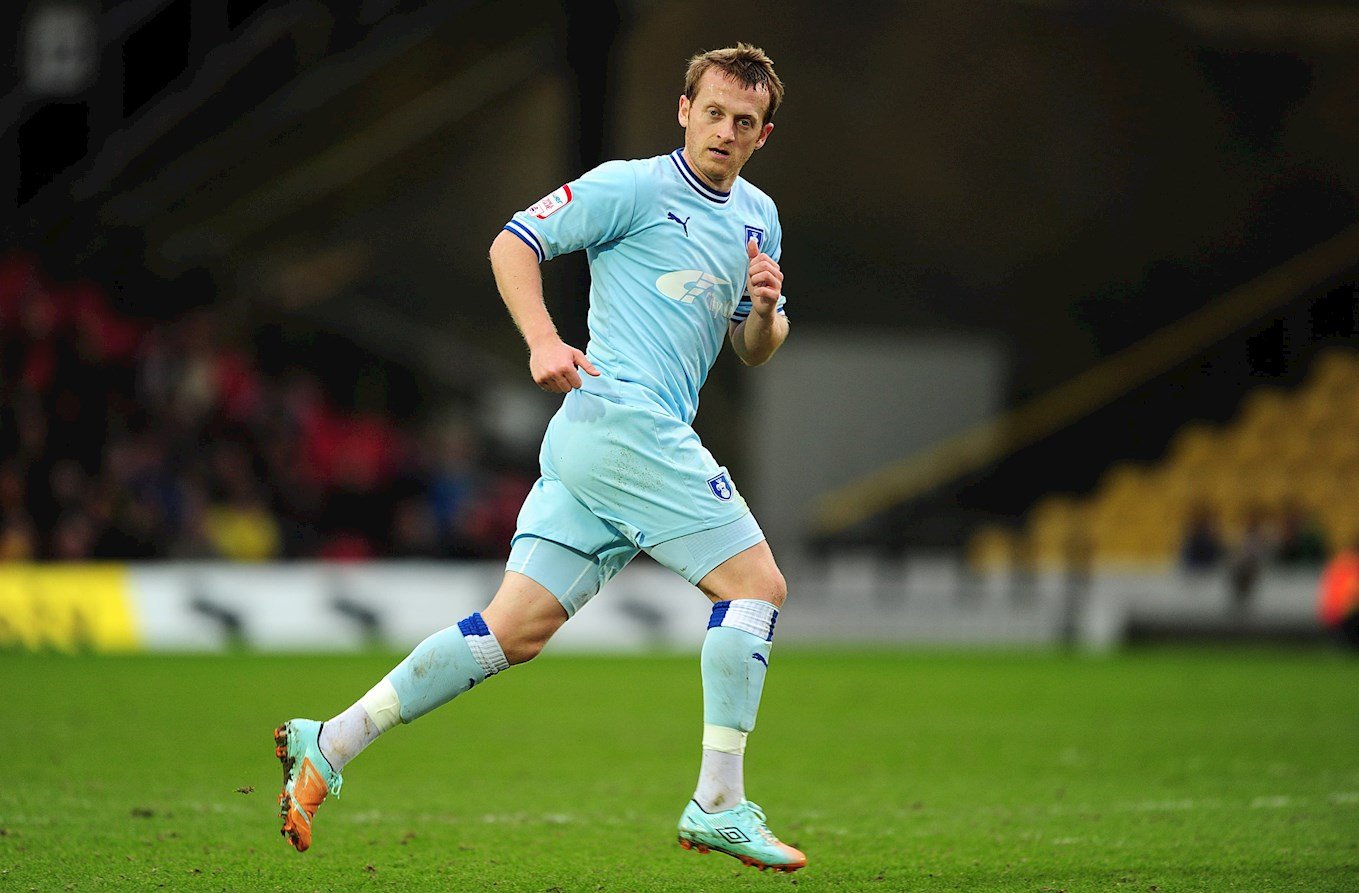 Northern Ireland international Sammy Clingan impressed for both clubs, gaining promotion with Forest before making a century of appearances for the Sky Blues.

Clingan began his career with Wolves and spent two seasons on loan at Chesterfield before completing a permanent move to Forest in January 2006.

He helped the Reds secure promotion to the Championship in 2007/08, finishing as runners-up in League One, playing a total of 96 games for the club and scoring one goal before leaving for Norwich City that summer.

The midfielder would spend just one season with the Canaries, who suffered relegation to League One, signing for the Sky Blues in July 2009.

He was made club captain ahead of the 2011/12 campaign, his last in City colours, departing the club having made exactly 100 appearances and scoring seven goals across three seasons.

The 37-year-old had a brief spell with Doncaster Rovers before signing for Scottish side Kilmarnock where he spent the next two and a half seasons.

Clingan returned to his native Northern Ireland with Linfield in July 2016 and currently plays for Glenavon where he has spent the past four seasons. 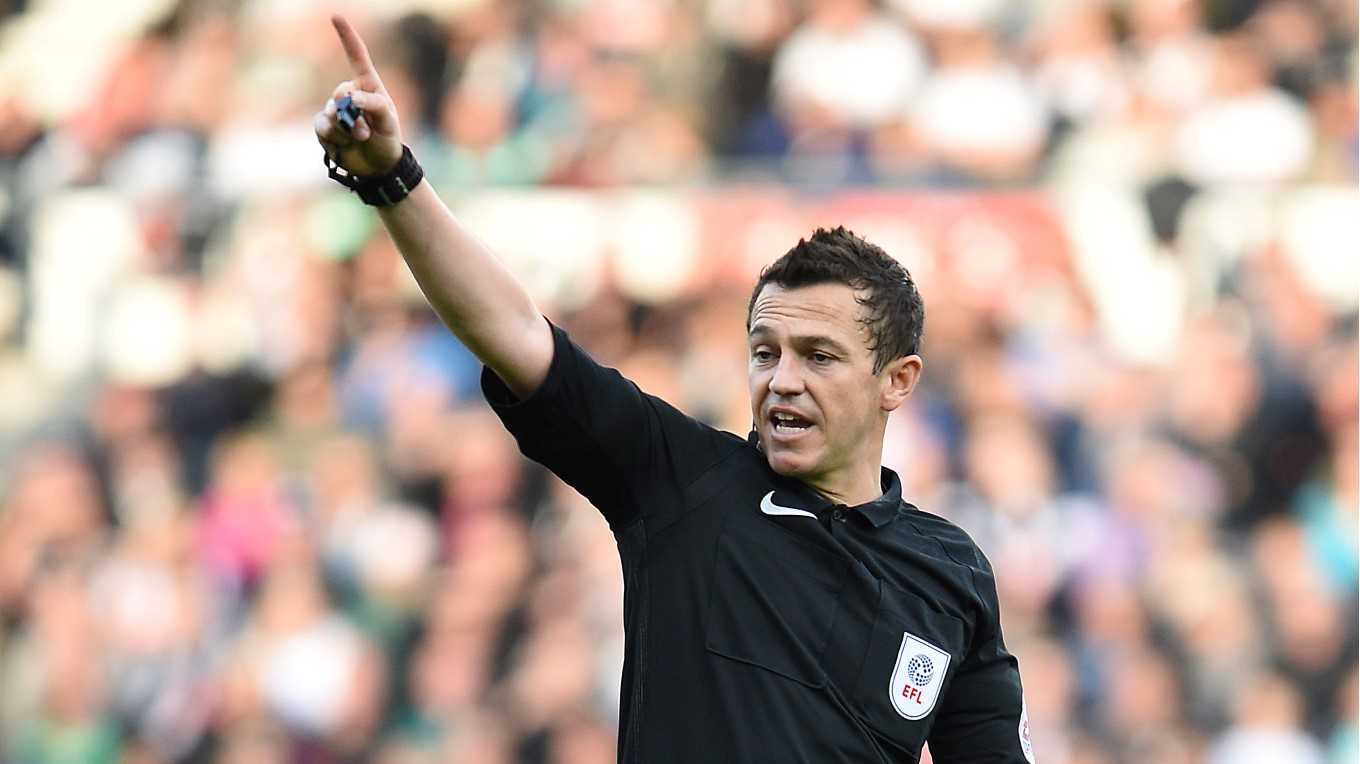 Tony Harrington will be the man in the middle on Tuesday night, taking charge of his 22nd game of the 2020/21 season.

He last refereed the Sky Blues back in December 2017, when City won 3-2 against Wycombe Wanderers at the Ricoh Arena in League Two.

This will be Harrington’s ninth season as a Football League referee and he has officiated the Sky Blues on three previous occasions, with City winning one, drawing one and losing one of those matches.

So far, Harrington has awarded 51 yellow cards and two red cards across 21 matches in the Championship, Emirates FA Cup and Carabao Cup.

He will be assisted by Shaun Hudson and Nik Barnard with Matthew Donohue acting as fourth official.

The Sky Blues saw their eight-game unbeaten run at home come to an end after being edged out by Nottingham Forest at St Andrew’s on Tuesday night.

Max Biamou fired City ahead with a low curling effort into the bottom corner only for Lewis Grabban to equalise within minutes.

Substitute Michael Rose put through his own net early in the second-half and despite City’s efforts to find a leveller they couldn’t find a way past Brice Samba in the Forest goal.

Mark Robins was forced to make one change from the side that drew with Birmingham City at the weekend with Marko Marosi returning in goal in place of Ben Wilson.

The Sky Blues started on the front foot when Callum O’Hare showed good strength to hold off his marker before teeing up Gus Hamer whose effort was well held by Forest keeper Samba.

City took the lead on 17 minutes when O’Hare drove at the Forest defence before finding Biamou on the left-hand edge of the penalty area with the striker cutting inside of his man before curling a superb effort into the bottom right corner.

The visitors equalised just four minutes later when Sammy Ameobi cut the ball back for Grabban to finish from 10-yards out.

Chris Hughton’s side came close to taking the lead when Grabban headed just over the crossbar from Anthony Knockaert’s corner from the right.

Forest came forward again just past the half hour mark when Knockaert cut inside of his man and fired an effort into the side netting from 15-yards out.

City made a double change at half-time with defenders Julien Dacosta and Rose coming on in place of Josh Pask and Ben Sheaf as the Sky Blues changed shape for the second period.

The Sky Blues looked to get back in front when Dacosta made good ground down the right before playing a ball inside to Hamer who saw his effort well-saved by Samba low down to his right from 20-yards out.

Forest completed the turnaround on 53 minutes when Rose turned Cyrus Christie’s dangerous cross from the right into his own net from close range.

City almost found a quickfire response when Hamer’s corner from the right was met by the head of Leo Ostigard and cleared off the line by Grabban.

The pressure continued from the Sky Blues when O’Hare broke away down the right before crossing for Matty James whose attempted flick was held by Samba.

The Sky Blues found more joy down the right-hand side when Dacosta’s venomous cross was turned past the post by Biamou from close range.

Dacosta continued to cause the visitors problems down the right when his cross was cleared to the edge of the penalty area and fired over the crossbar by Hamer.

There was a late injury to substitute Amadou Bakayoko who was carried off on a stretcher after receiving several minutes of treatment having taken a heavy blow to the head. 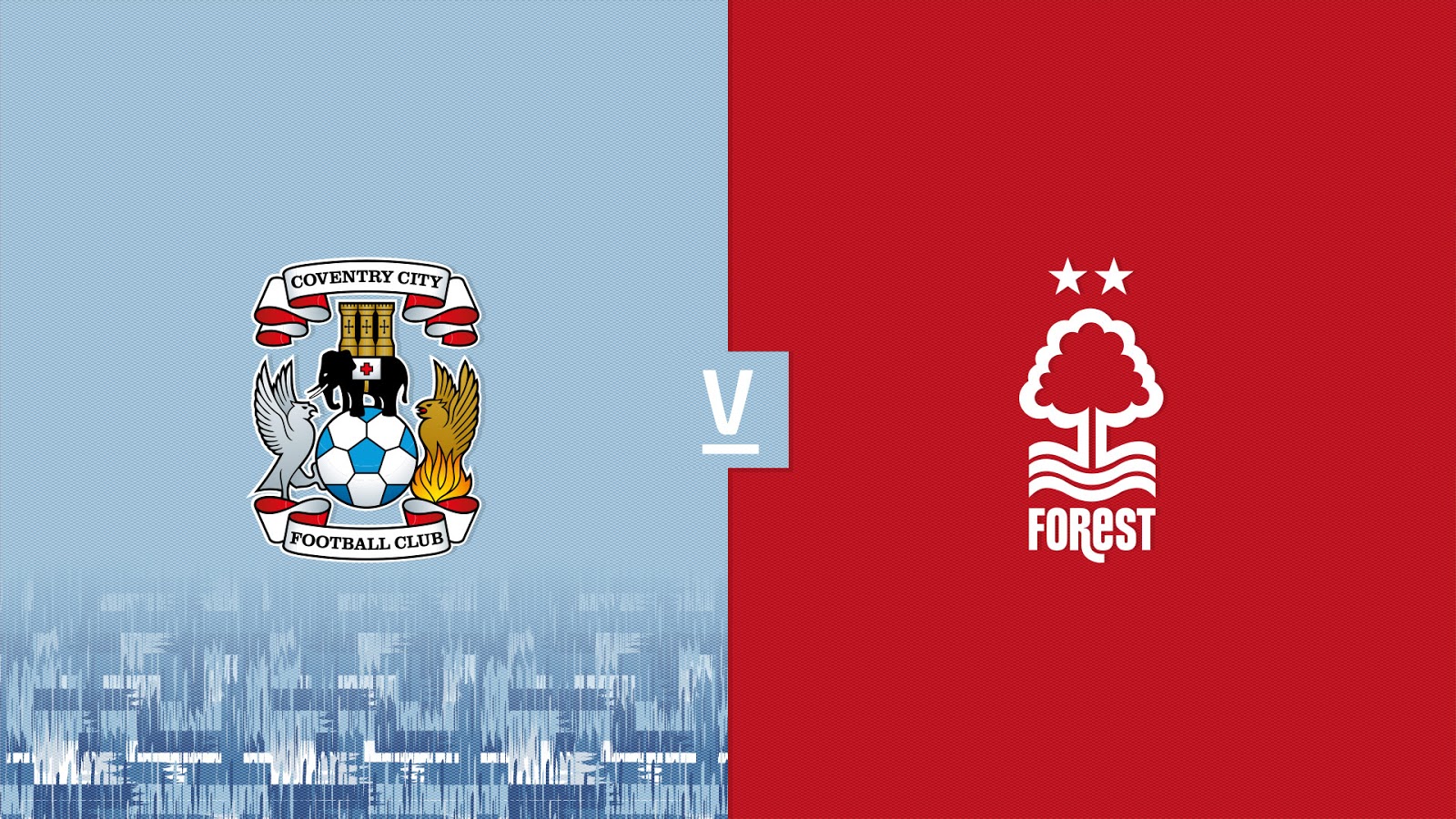 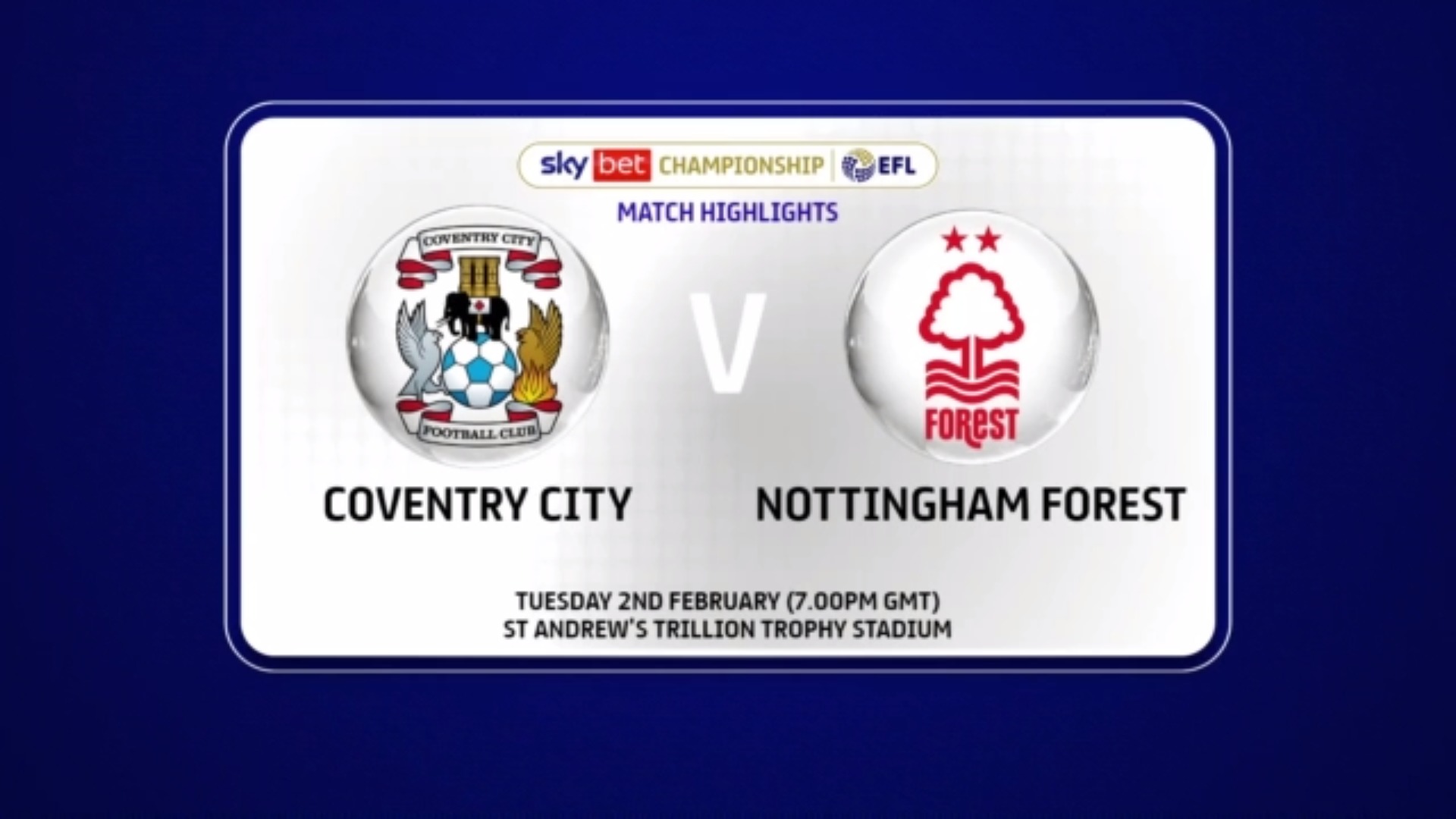 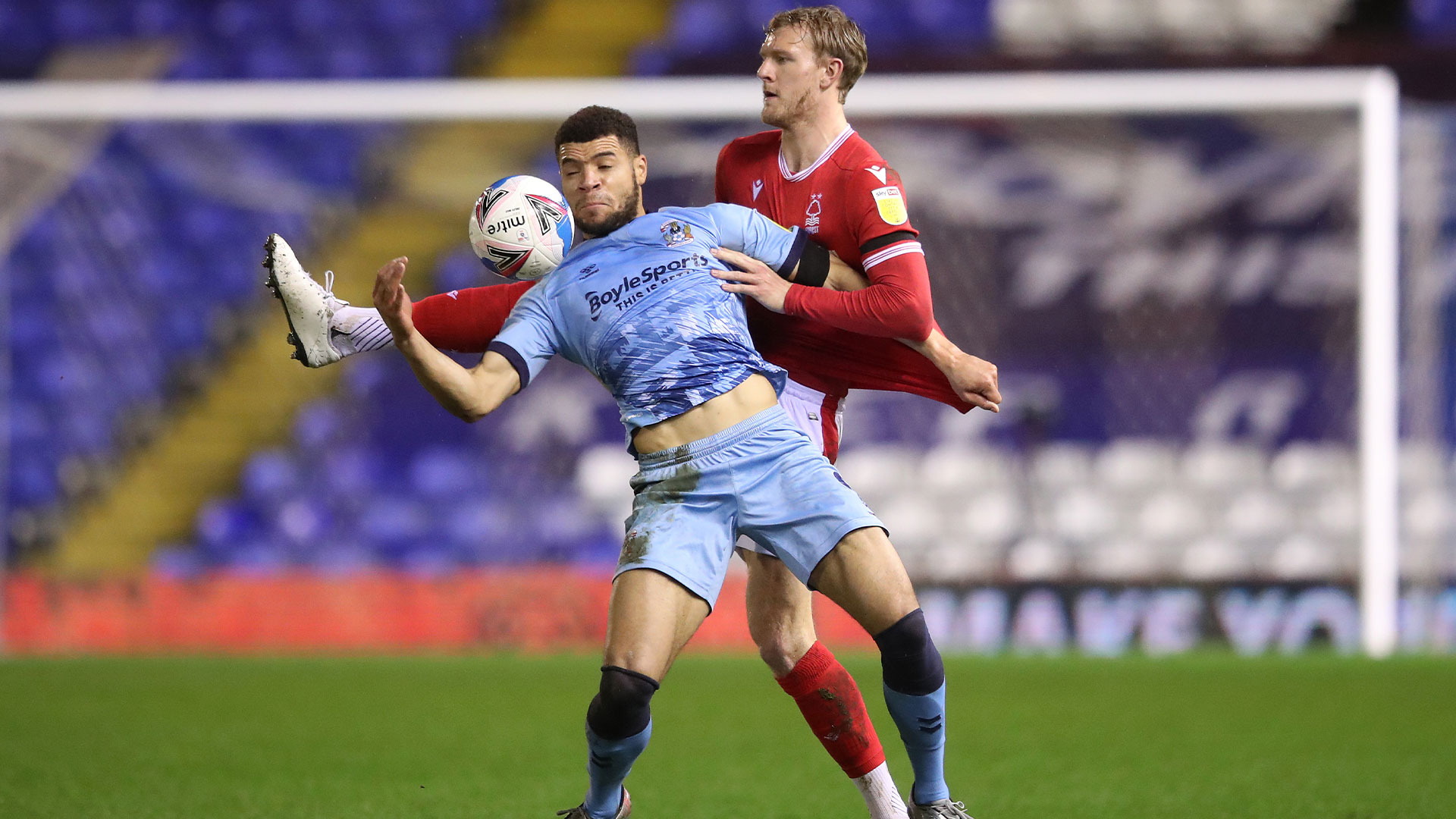