The Sky Blues face Luton Town at St Andrew’s on Tuesday night. Here’s everything you need to know about our opponents. 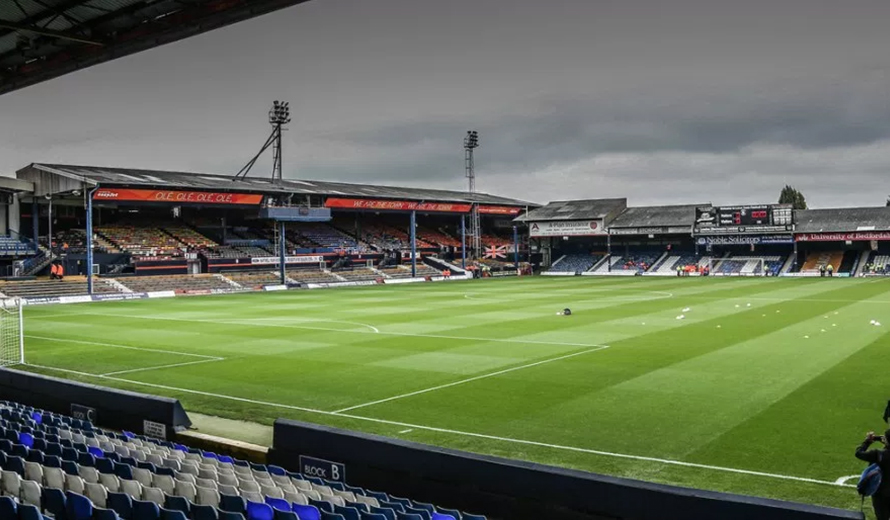 Luton currently sit in 12th place, having impressively stayed up on the final day of last season, and have risen from the National League to the second-tier in the space of seven seasons.

The Hatters are managed by Nathan Jones and have the likes of Matty Pearson, Luke Berry and Republic of Ireland international James Collins in their squad.

The Bedfordshire club have lost just two of their last seven matches and claimed an impressive win against league leaders Norwich City earlier this month, the first game they played in front of supporters this term. 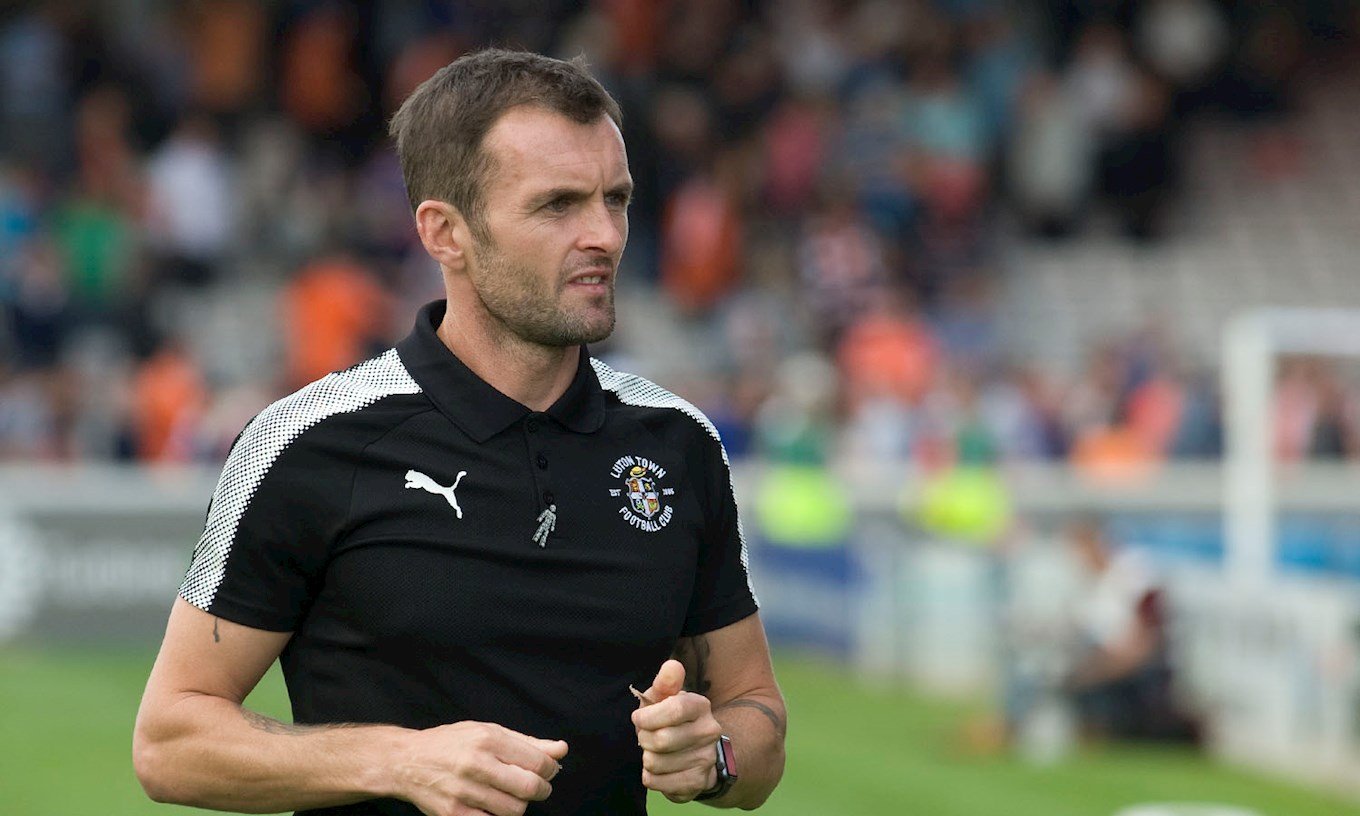 Nathan Jones returned to Kenilworth Road as manager in May 2020, having previously managed the club for three years.

Jones began his coaching career with Charlton Athletic’s under-21 side before becoming assistant head coach and later first-team coach at Brighton & Hove Albion, as well as briefly taking caretaker charge of the Seagulls in 2014.

He departed Brighton to become Luton manager in January 2016, steering the club to safety in League Two before taking them to the play-offs in his first full season in charge where they were beaten in the semi-finals by Blackpool.

The 47-year-old guided the club back into League One in 2017/18, finishing as runners-up to return to the third tier for the first time in a decade, scoring a remarkable 94 goals in the process.

Jones continued to impress with his quick-passing possession-based style of play leading the club to second-place in League One before departing for Championship side Stoke City in January 2019, with Luton going on to win the title that season.

However, Jones struggled during his time in Staffordshire and was sacked after less than 10 months, winning just six of his 38 games in charge of the club.

He returned to the Hatters in May and successfully kept the club in the Championship, losing just once over the final nine games of the season to lift the club out of the relegation zone. 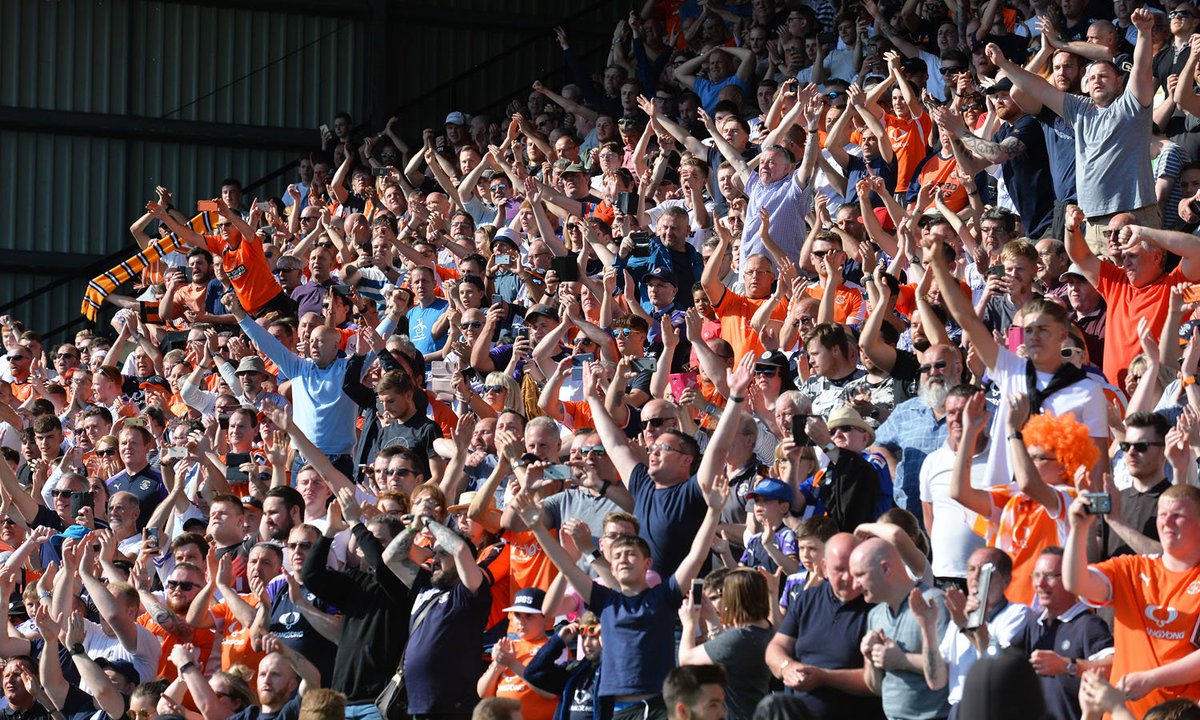 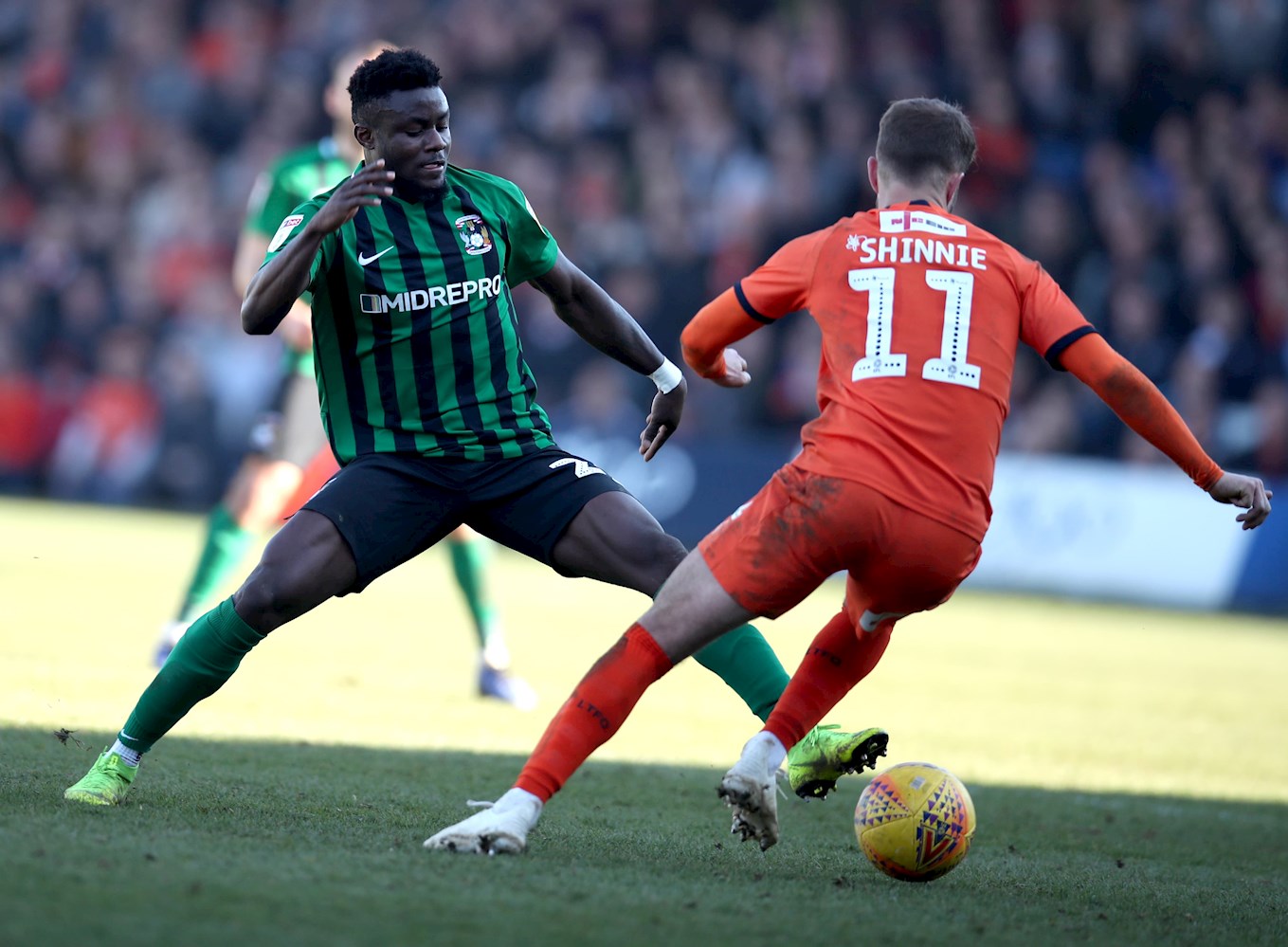 The two sides last met in February 2019, playing out a 1-1 draw at Kenilworth Road in League One, halting the Hatters six-game winning run.

Luton started the game on the front foot with both James Collins and Andrew Shinnie firing over from promising shooting positions.

Shinnie had another chance to put the hosts ahead when the ball broke kindly to the midfielder, only to fire wide of the target after driving into the penalty area.

The Hatters took the lead on 16 minutes when James Justin’s corner from the left was headed home by Matty Pearson.

City equalised on 34 minutes when Jordy Hiwula broke into the box before cutting the ball back for Jordan Shipley who applied a first-time finish past James Shea.

Luton captain Sonny Bradley then saw his goalbound header superbly cleared off the line by Sky Blues skipper Liam Kelly in the second-half.

From the resulting clearance, Shinnie weaved his way into the penalty area before seeing his effort deflect off Dom Hyam inches past the left-hand post.

The league leaders came close to scoring a winner when Pelly Ruddock shot just wide from the angle 10-yards from goal.

Collins then controlled a long pass up-field only to be denied by the outrushing Lee Burge who spread himself well to keep the scores level.

Luton had one final chance to take all three points in injury-time when a free-kick broke kindly into the path of Alan McCormack, who fired straight at Burge from seven yards out. 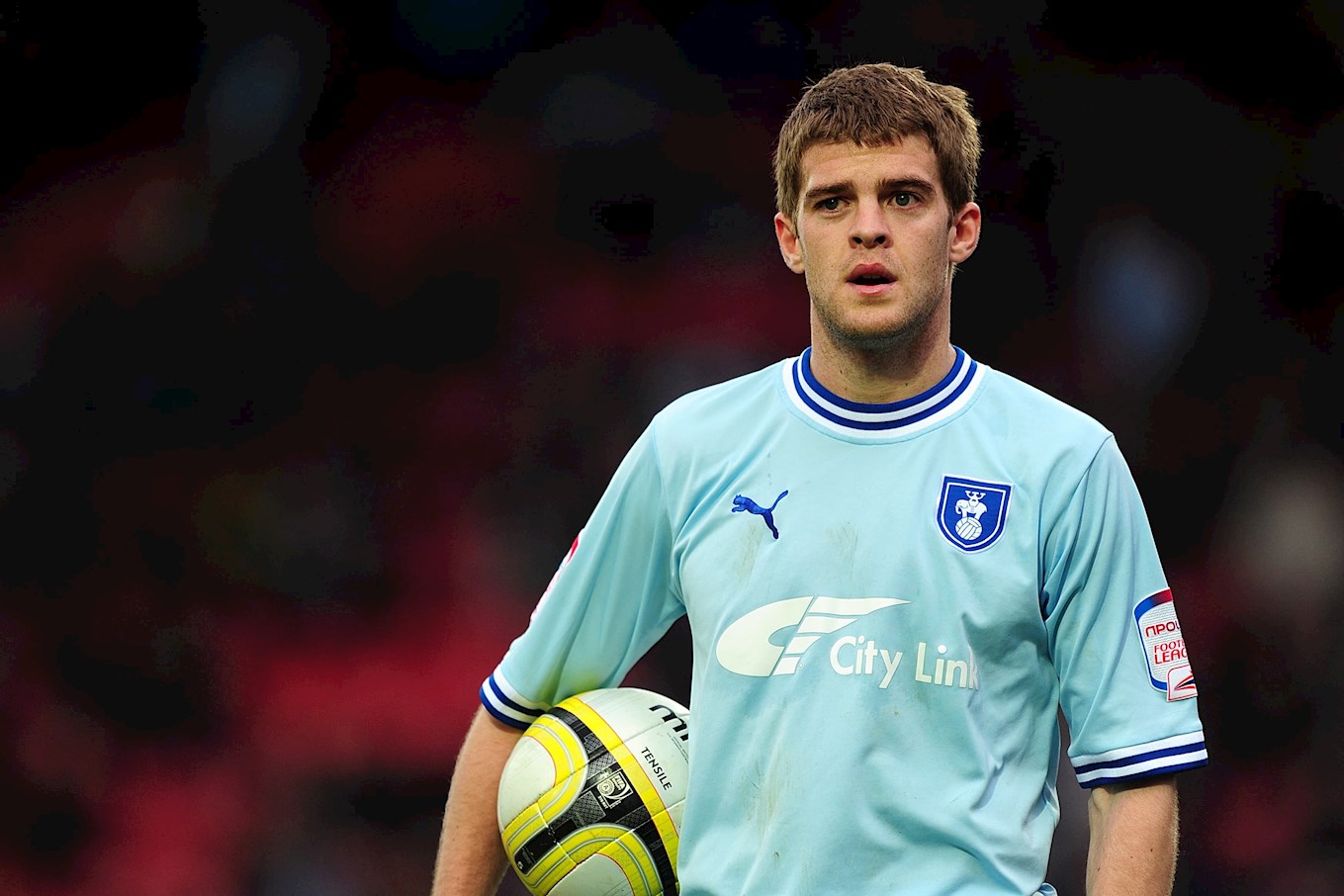 Current Luton defender Martin Cranie made over 100 appearances for the Sky Blues earlier in his career.

Cranie came through the youth ranks at Southampton and made four appearances in the Premier League before spending time on loan at Bournemouth and Yeovil Town.

After four seasons with the Saints he joined South Coast rivals Portsmouth in June 2007, reuniting with former manager Harry Redknapp, making a further two appearances in the top-flight.

Loan spells at Queens Park Rangers and Charlton Athletic would follow, before joining the Sky Blues on a permanent deal in August 2009.

Cranie enjoyed a fruitful three-year spell with City in the Championship, becoming a regular fixture in the side, making a total of 120 appearances and scoring one goal, before departing for Barnsley in August 2012.

He spent the next three seasons with the Tykes, twice winning the Players’ Player of the Year award, making over 100 appearances before moving across Yorkshire to join Huddersfield Town in July 2015.

The defender helped the Terriers reach the Premier League for the first time in their history in 2016/17, coming off the bench in their penalty shootout win against Reading in the play-off final at Wembley.

He made three appearances for David Wagner’s side in the Premier League before signing for Middlesbrough in January 2018.

However, after making just nine appearances for Boro he signed for Sheffield United in September that same year and helped the Blades achieve promotion to the Premier League before linking up with his current employers Luton in June 2019.

The 34-year-old has made 40 appearances for the Hatters scoring two goals and has featured on 13 occasions in the league this season. 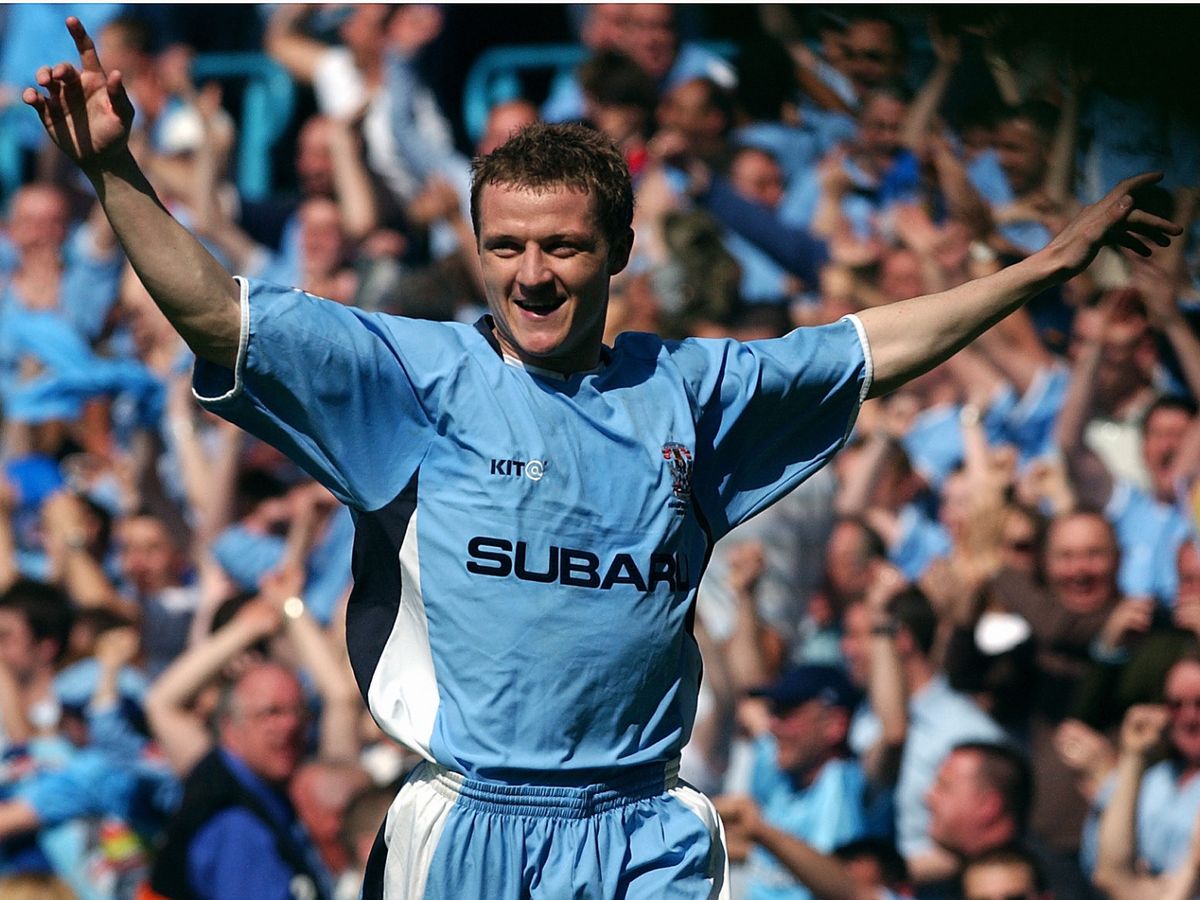 Sky Blues favourite Gary McSheffrey came through City’s academy, making over 250 appearances for the club across two spells, and spent time on loan at Luton whilst on City’s books.

Coventry born, McSheffrey made his debut for his hometown club as a 16-year-old, coming off the bench in a 4-1 win away at Aston Villa which, at the time, made him the youngest player to have ever played in the Premier League.

After a smattering of first-team appearances, McSheffrey spent time on loan with Swedish side IK Brage and Stockport County before joining Luton on loan ahead of the 2003/04 season.

McSheffrey scored eight goals in 18 appearances for the Hatters in the Second Division before returning to the Sky Blues in January where he was able to cement his place in the first-team with 11 goals in just 19 games.

He made a further five appearances, scoring one goal, during a temporary spell with the Hatters in 2004/05, with Luton going on to win the League One title that season, before once again returning to City and forcing his way into the side.

McSheffrey finished the campaign with 12 league goals for the Sky Blues and netted a highly impressive 15 goals the following season, before departing for Birmingham City in August 2006, having made 162 appearances and scored 53 goals for City over 10 years with the club.

He helped Blues achieve promotion to the Premier League on two occasions as runners-up, during his four seasons in the West Midlands, and spent time on loan at Nottingham Forest and Leeds United, winning promotion from League One with the latter, before returning to the Sky Blues in May 2010.

The England youth international made a further 119 appearances for City scoring 19 goals, over three seasons with the club, ending his time with the club having made a total of 281 appearances scoring 72 goals.

A short stint at Chesterfield was followed by moves to Scunthorpe United and Doncaster Rovers, helping both clubs achieve promotion from League Two, before finishing his career with spells at Eastleigh and Grimsby.

Andy Woolmer will be the man in the middle on Tuesday night, taking charge of his 13th game of the 2020/21 season.

He last refereed the Sky Blues in October when City were beaten 2-0 by Brentford at the Brentford Community Stadium.

This will be Woolmer’s 17th season as a Football League referee and he has officiated the Sky Blues on 12 occasions, with City winning five, drawing four and losing three of those matches.

So far, Woolmer has awarded 39 yellow cards and no red cards across 12 matches in the Championship, League One and League Two.

He will be assisted by Michael George and Wade Smith with Robert Merchant acting as fourth official. 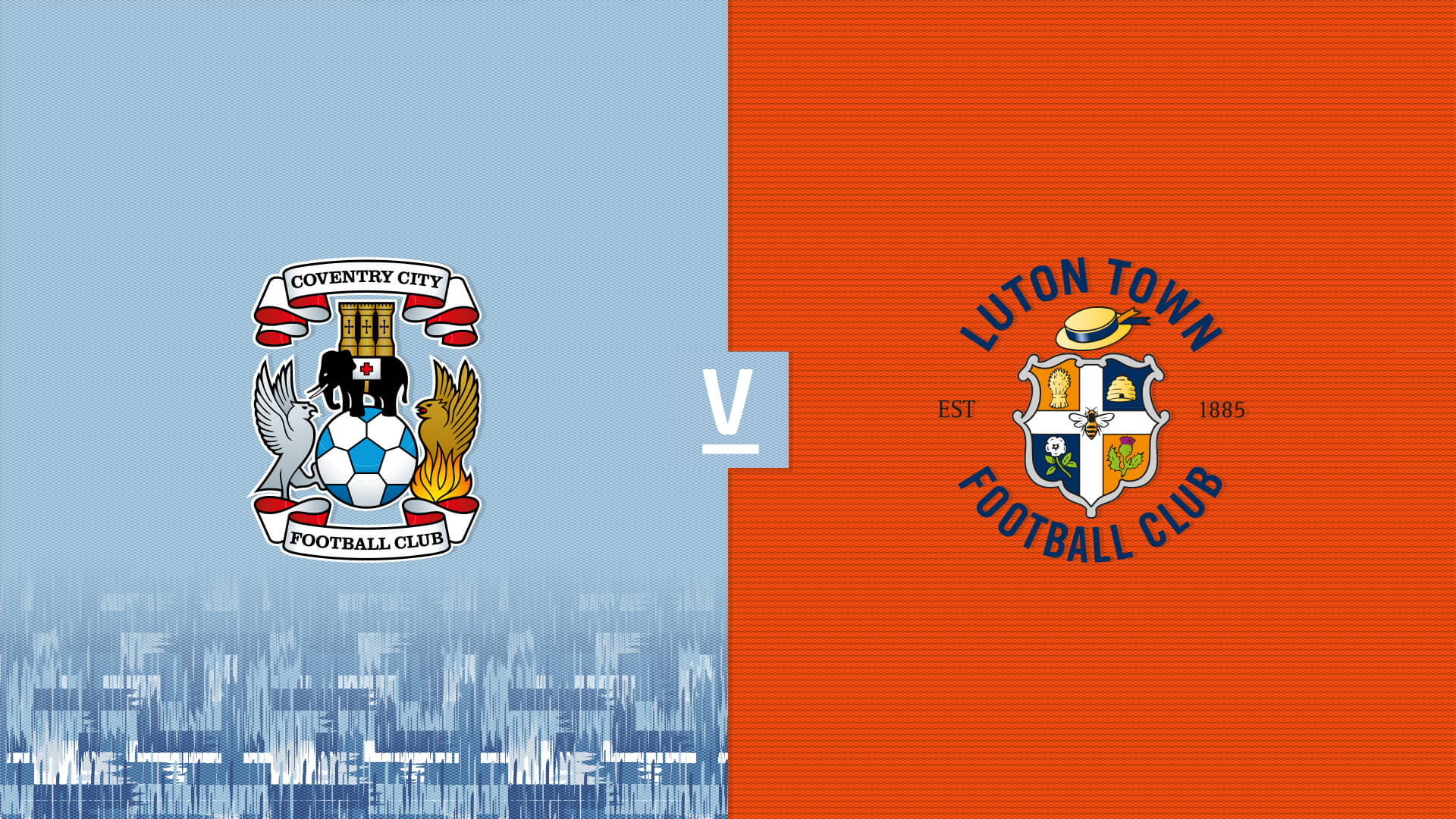 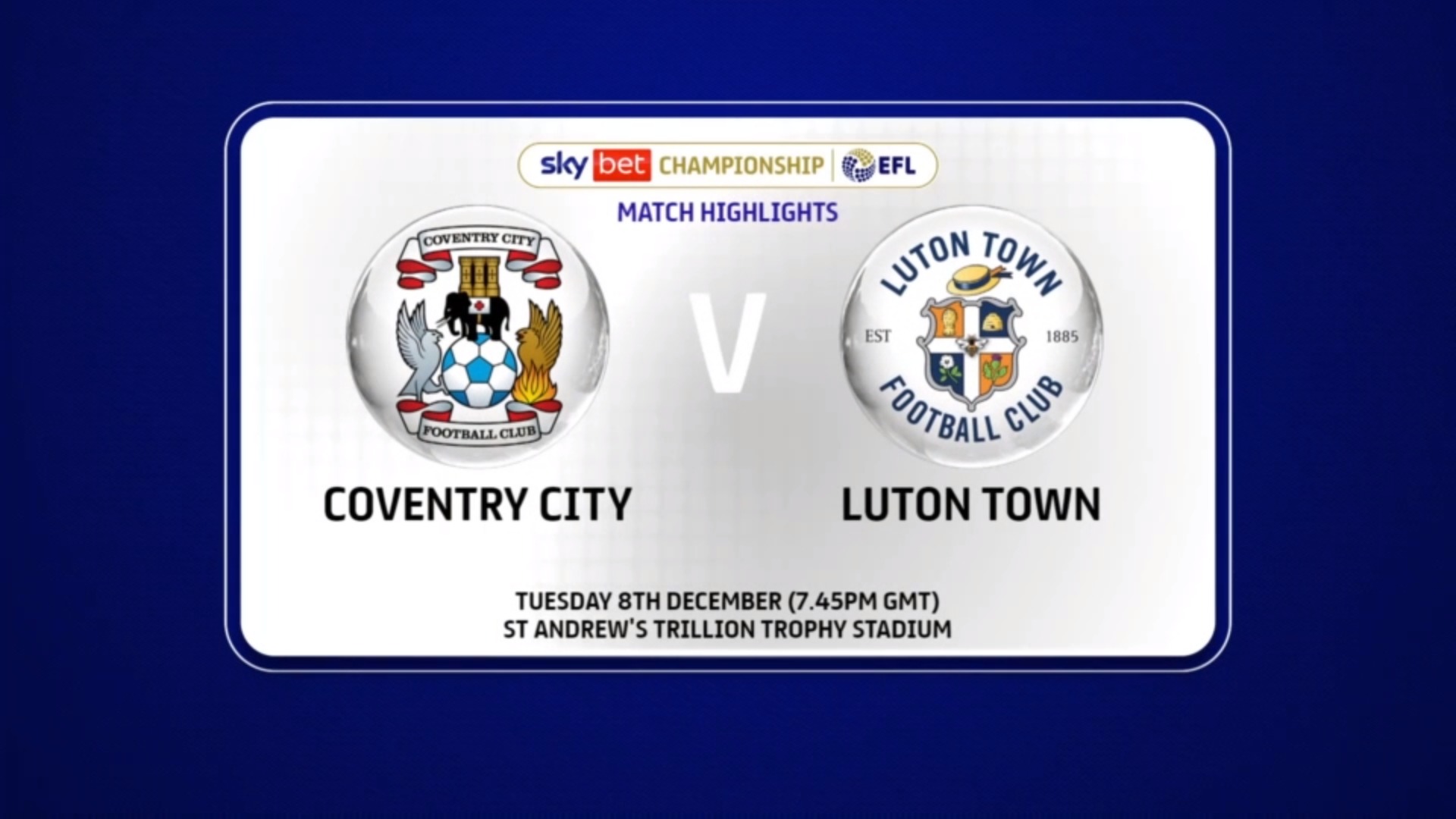 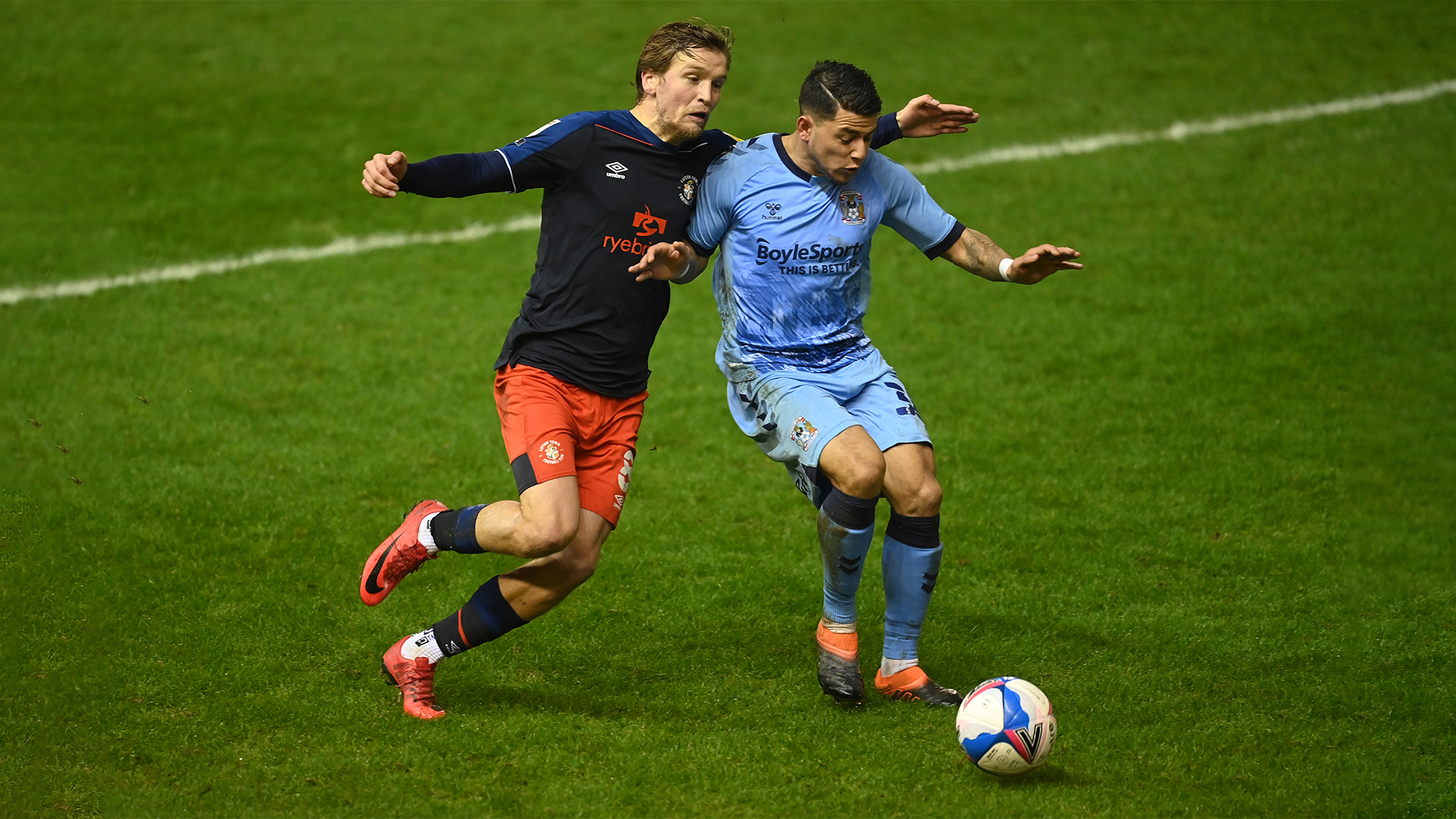