The Sky Blues travel to the bet365 Stadium to take on Stoke City on Wednesday night. Here’s everything you need to know about our opponents.

Stoke are currently 12th in the Sky Bet Championship table, having fallen out of the play-off picture since the turn of the year.

The Potters top scorer is Nick Powell who has scored 12 goals this season whilst Steven Fletcher has provided five assists as well as chipping in with nine goals.

The Staffordshire club are winless in their last three league games but have only lost two of their last eight home matches, sitting eight points above the Sky Blues in the table. 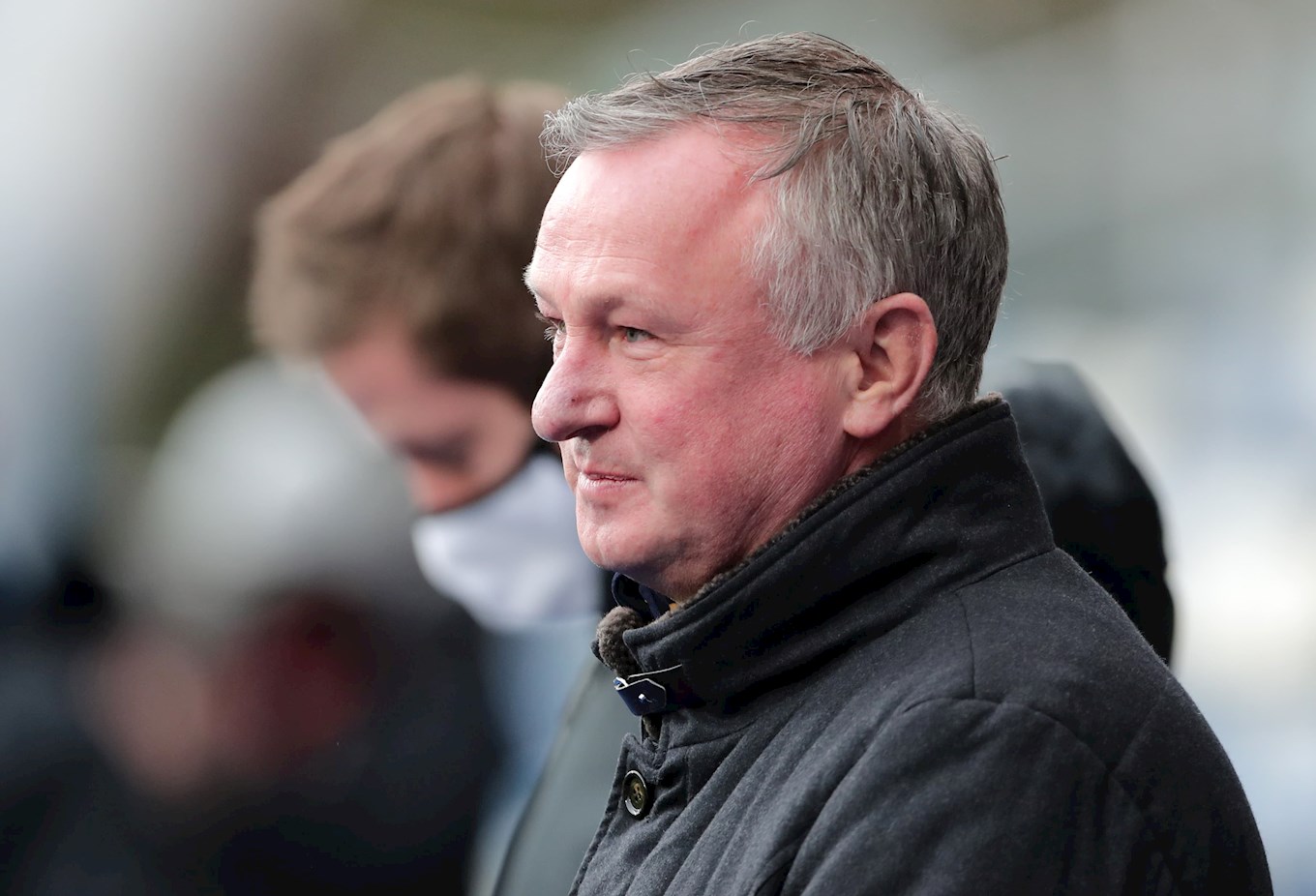 Michael O’Neill was appointed Stoke manager in November 2019, having previously been in charge of Northern Ireland for eight years.

The 51-year-old briefly represented the Sky Blues in the Premier League during his playing career, making six appearances for the club, and began life as a manager with Scottish third-tier side Brechin City in April 2006.

After two and a half seasons in charge of Brechin he departed for Irish club Shamrock Rovers in December 2008.

He led Rovers to the League of Ireland title in his first full season in charge, their first league championship in 16 years, before winning a league and cup double the following campaign.

O’Neill also led Shamrock into the UEFA Europa League group stages during his tenure becoming the first ever League of Ireland side to reach the group stages of a European competition.

His success with Shamrock saw him appointed as Northern Ireland manager in December 2011 and he steered Norn Iron to their first ever European Championships after qualifying for UEFA Euro 2016 where he recorded a memorable win against Ukraine before bowing out in the second round.

He was awarded with an MBE by the Queen for his services to football and to the community in Northern Ireland in 2017.

O’Neill was appointed as Stoke’s new manager whilst still in charge of the Green and White Army, having guided his country to a UEFA Euro 2020 play-off spot, before resigning as Northern Ireland manager in April last year after the play-offs were postponed due to the Covid-19 pandemic.

He lifted the Potters from the foot of the table last season, eventually finishing eight points clear of safety, and had the Potters challenging for a top-six finish before a string of injuries halted their play-off push this term. 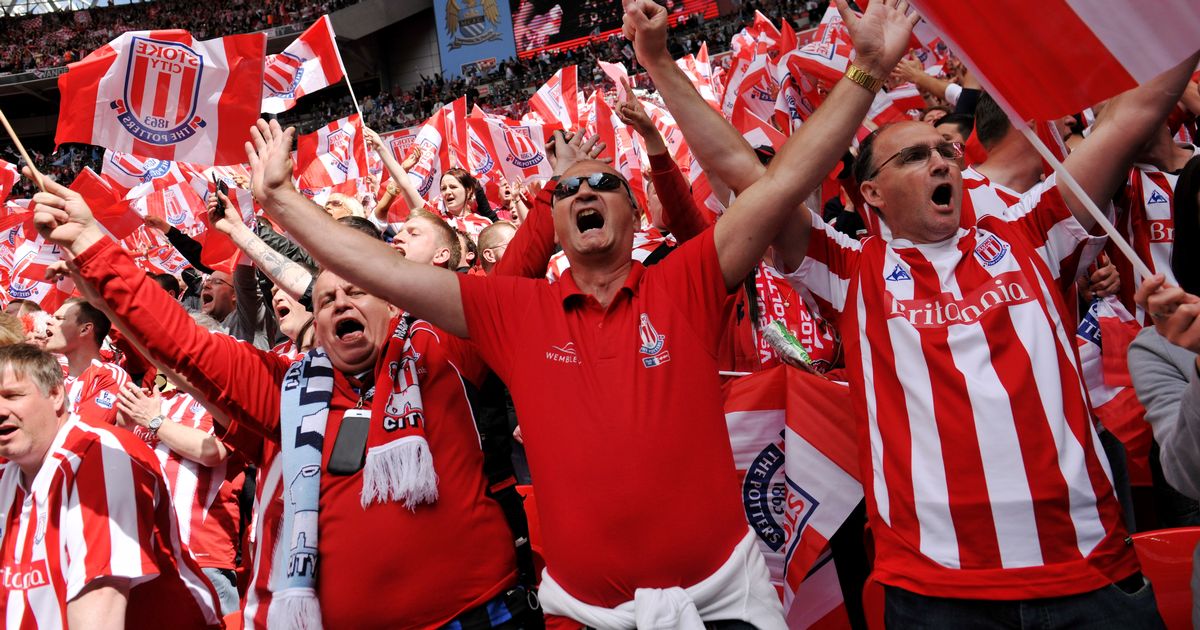 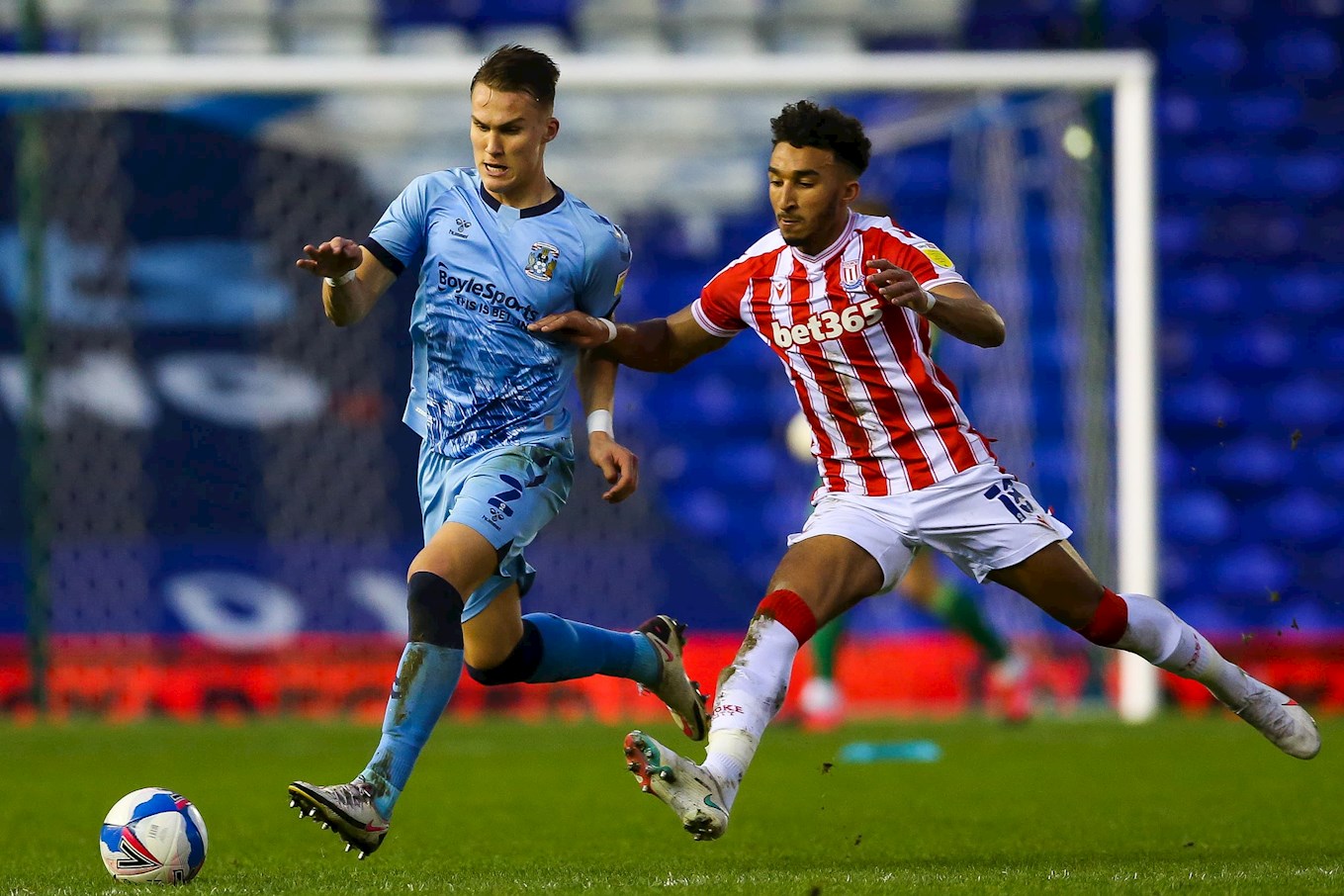 The two sides last met on Boxing Day last year with the Sky Blues held to a goalless draw at St Andrew’s in a game of few chances.

Matty Godden saw an early effort saved by Josef Bursik after a neat exchange with Jamie Allen before Ben Wilson made a terrific acrobatic save diving high to his right to deny Jacob Brown’s venomous shot.

Jordan Thompson fired narrowly wide for the visitors just before the interval before his looping effort, early in the second period, struck the crossbar from Brown’s cutback.

The Potters created one final opportunity when Tommy Smith’s cross from the right found Steven Fletcher in the penalty area only for the striker’s header to fly wide of the target, forcing both teams to settle for a point. 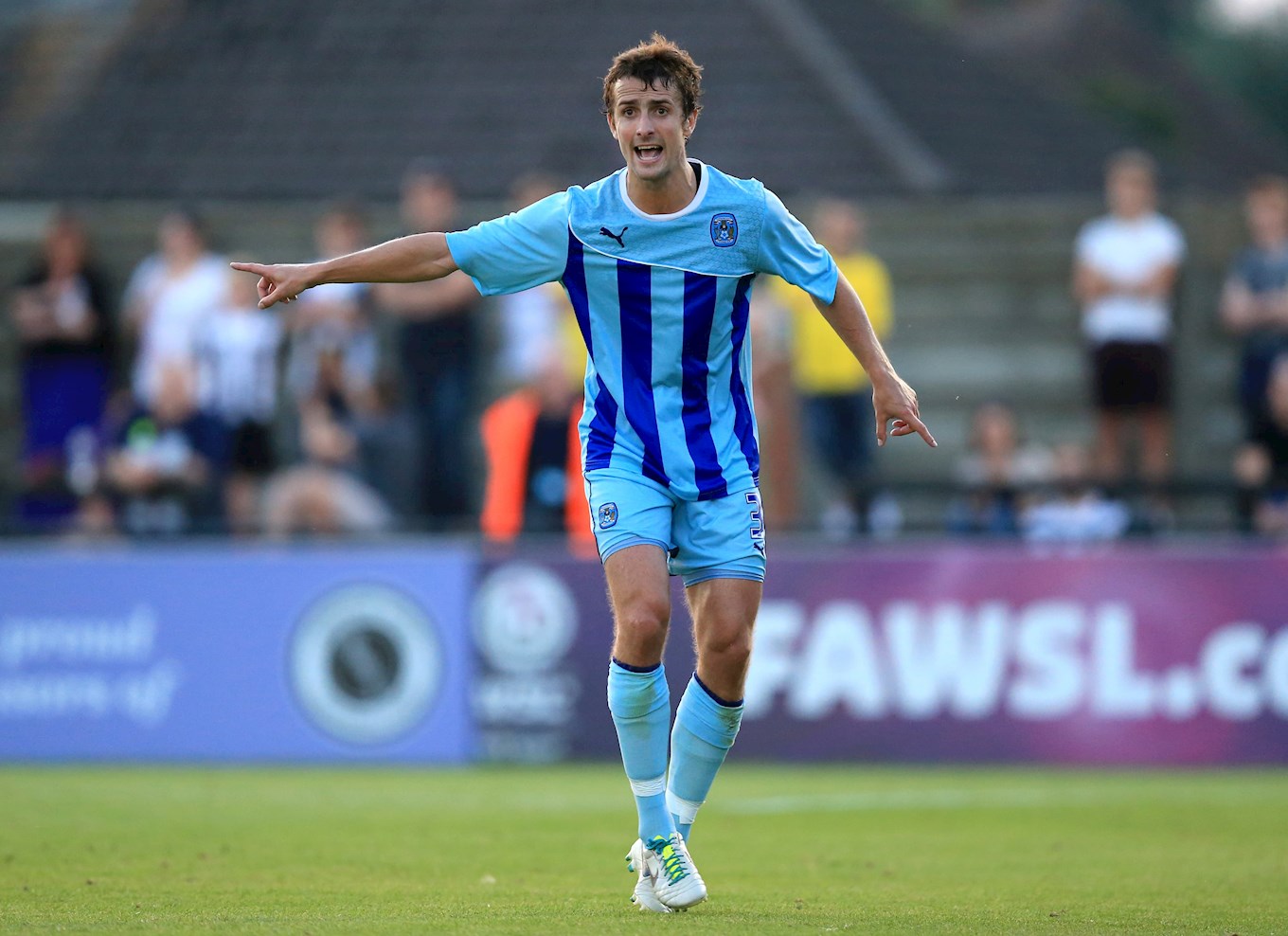 Manchester United youth graduate Danny Pugh had two spells with the Potters as well as a short stint with the Sky Blues during his career.

Pugh came through the Red Devils academy and made seven appearances for Sir Alex Ferguson’s side during his two seasons with the first-team before joining Leeds United as part of the deal that took Alan Smith to Old Trafford in May 2004.

He spent two seasons at Elland Road before completing a move to Preston North End in June 2006 where he would spend the next 18 months before joining Stoke on loan in November 2007.

The move was made permanent the following January and he helped the Potters secure promotion to the Premier League in his first season with the club.

Pugh would go on to make 89 appearances for the Potters, scoring three goals, during his five seasons with the club, which included scoring against Arsenal in the Premier League and featured for the club in the 2011 FA Cup Final.

He re-joined Leeds on loan in September 2011 before completing his second permanent switch to Elland Road the following January and spent time on loan at Sheffield Wednesday before linking up with the Sky Blues in July 2014.

The left-sided player suffered a long-term ankle injury just two games into his City career and would make just seven appearances for the club during his one season with the Sky Blues.

Short spells with Bury and Blackpool would follow before finishing his career back in Staffordshire with Port Vale where he played for three seasons before joining the coaching staff at the club and was named as caretaker manager of the Valiants earlier this year prior to Darrell Clarke’s appointment. 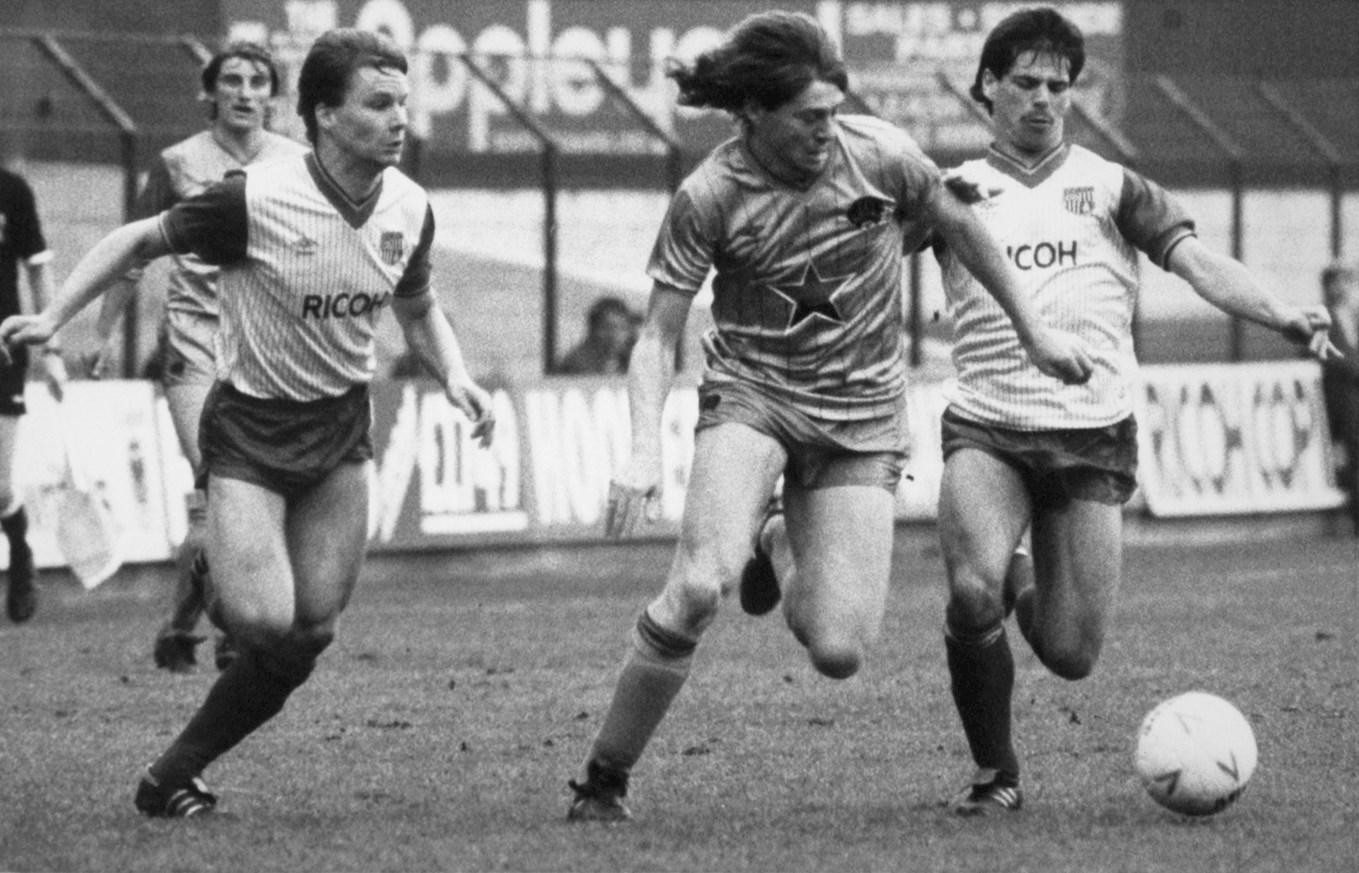 Former forward Ian Painter (pictured right) made over a century of appearances for the Potters before enduring an injury-plagued time with the Sky Blues.

Painter came through Stoke’s academy and top scored for the club in the 1984/85 season before departing after their relegation the following season.

He made 123 appearances for the Potters, scoring 24 goals, during his four years with the first-team.

The England youth international joined the Sky Blues ahead of the 1986/87 campaign and made just six appearances for the club before being forced to retire through injury at the age of 23-years-old. 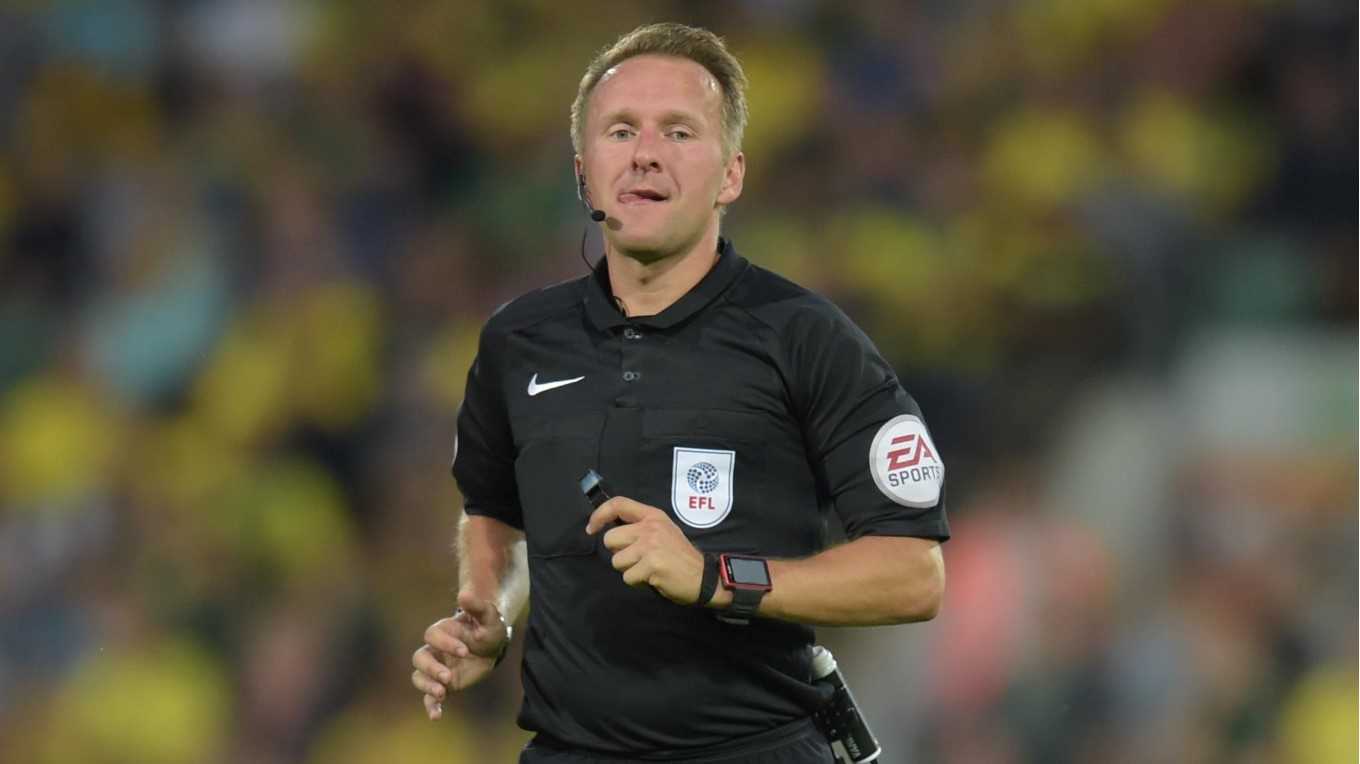 Oliver Langford will be the man in the middle on Wednesday night, taking charge of his 29th game of the 2020/21 season.

He last refereed the Sky Blues in November last year when City played out a stalemate with Birmingham City at St Andrew’s.

This will be Langford’s 13th season as a Football League referee and he has officiated the Sky Blues on two previous occasions, with City drawing one and losing one of those matches.

He will be assisted by Steven Meredith and Adrian Waters with Matthew Donohue acting as fourth official.

Viktor Gyokeres late goal secured a third consecutive league win for the Sky Blues in a five-goal thriller against Stoke City at the bet365 Stadium on Wednesday night.

Gyokeres finished superbly into the bottom right corner to hand City the points, having twice led through goals from Tyler Walker and Max Biamou only for strikes from Jacob Brown and Sam Clucas to bring the Potters level.

The win means City are now 12 points clear of the drop zone with just three matches left to play having taken another giant step to securing Championship football again next season.

Mark Robins made two changes to the side that beat Barnsley last weekend with Callum O’Hare and Matty Godden replacing Matty James and Max Biamou who dropped to the bench.

After a quiet opening to the game City created their first opening when Godden slipped in Sam McCallum down the left-hand side before delivering a dangerous ball across the box that was turned away by Stoke keeper Angus Gunn.

City threatened the Stoke goal again minutes later when Julien Dacosta’s wicked cross from the right was spilled into the path of Godden who appeared to be fouled by Potters keeper Gunn before Gus Hamer fired the loose ball straight at the Stoke stopper.

The chances continued to flow City’s way when O’Hare picked out Godden inside the penalty area who laid the ball back for Hamer who blazed his effort over the crossbar from 20-yards out.

City came within inches of taking the lead when Hamer’s curling free-kick from the left was destined for the top corner only for Gunn to tip the ball over the bar and keep the game scoreless.

The Sky Blues were forced into a first-half change when skipper Liam Kelly picked up a knock after colliding with the post and was replaced by James on the half hour mark.

Ben Wilson then made a stunning save to keep the Potters at bay diving acrobatically to his right to claw away Connor Taylor’s header from close range.

The Sky Blues picked up where they left off in the second period when James’ free-kick was cleared to the edge of the penalty area where Hamer was waiting only to fire his ambitious volley into the stands.

Stoke sparked into life when Tommy Smith’s cross from the right found substitute Steven Fletcher inside the area with his effort deflected behind for a corner before missing the target with an acrobatic attempt minutes later.

The Potters equalised on 58 minutes when Jacob Brown lashed home a first-time effort into the top left corner of the goal from the edge of the penalty area following a loose touch by Hamer.

City almost went back in front when a delightful lofted through ball from Hamer found Walker in-behind the Potters defence with Gunn equal to the striker’s effort before then denying O’Hare with another simple save.

The hosts responded with a chance of their own when Nick Powell’s cross from the left was headed onto the top of the crossbar by Fletcher.

City restored their lead on 68 minutes when McCallum’s long throw was flicked on at the near post by Leo Ostigard and finished off at the back post by Biamou with his first touch since coming off the bench.

Stoke equalised just two minutes later when Smith’s cross from the right went all the way to the back post where Sam Clucas lashed an unstoppable first time effort into the top left corner leaving Wilson with no chance.

In an extraordinary second period City went ahead for the third time on 78 minutes when substitute Gyokeres did well to beat Taylor down the line before cutting inside and firing into the bottom right corner from the edge of the penalty area.

Wilson made his second stunning save of the night in the closing minutes when he denied Fletcher’s header from point blank range as City held on despite six minutes of added time to secure another crucial three points. 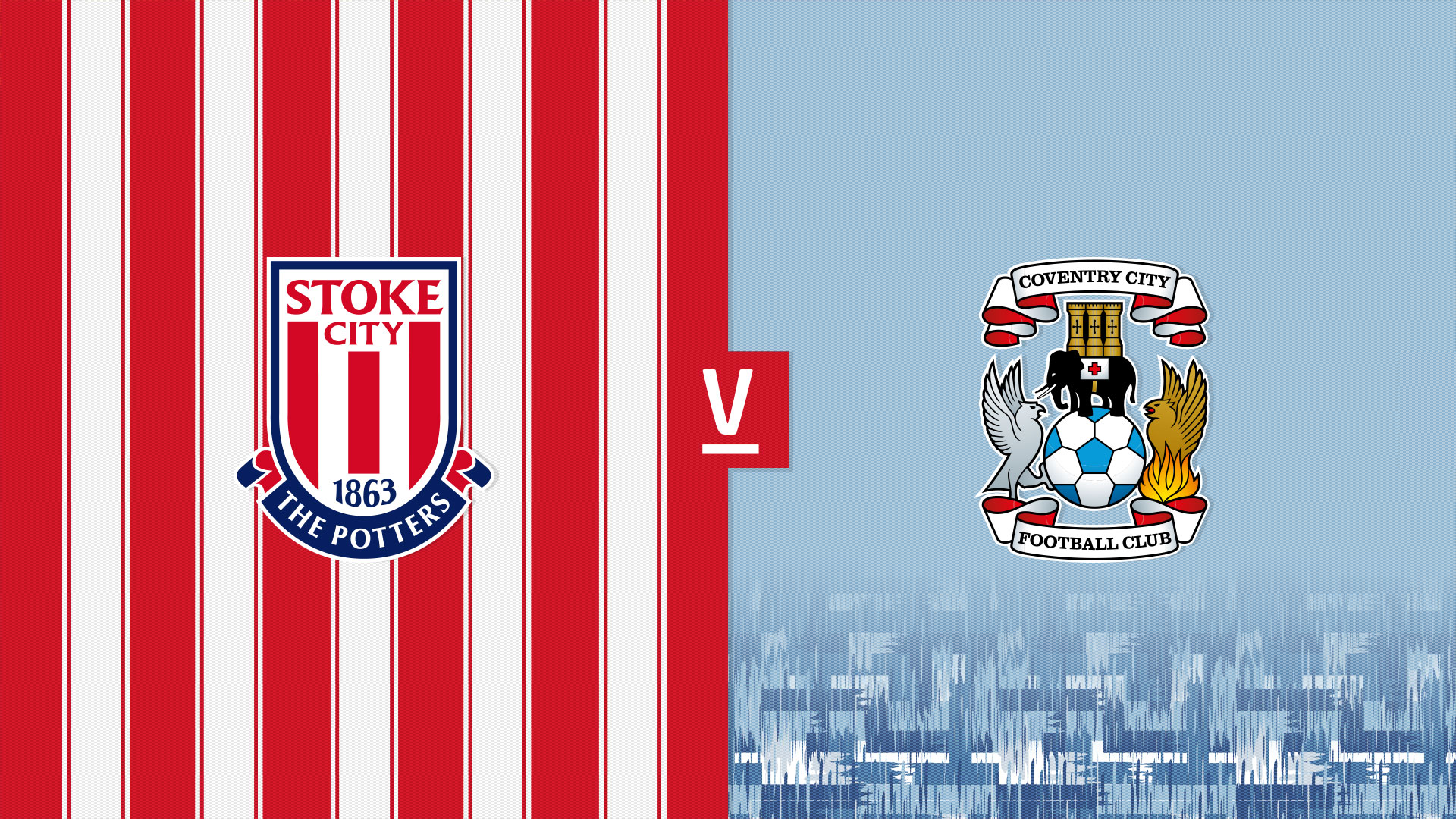 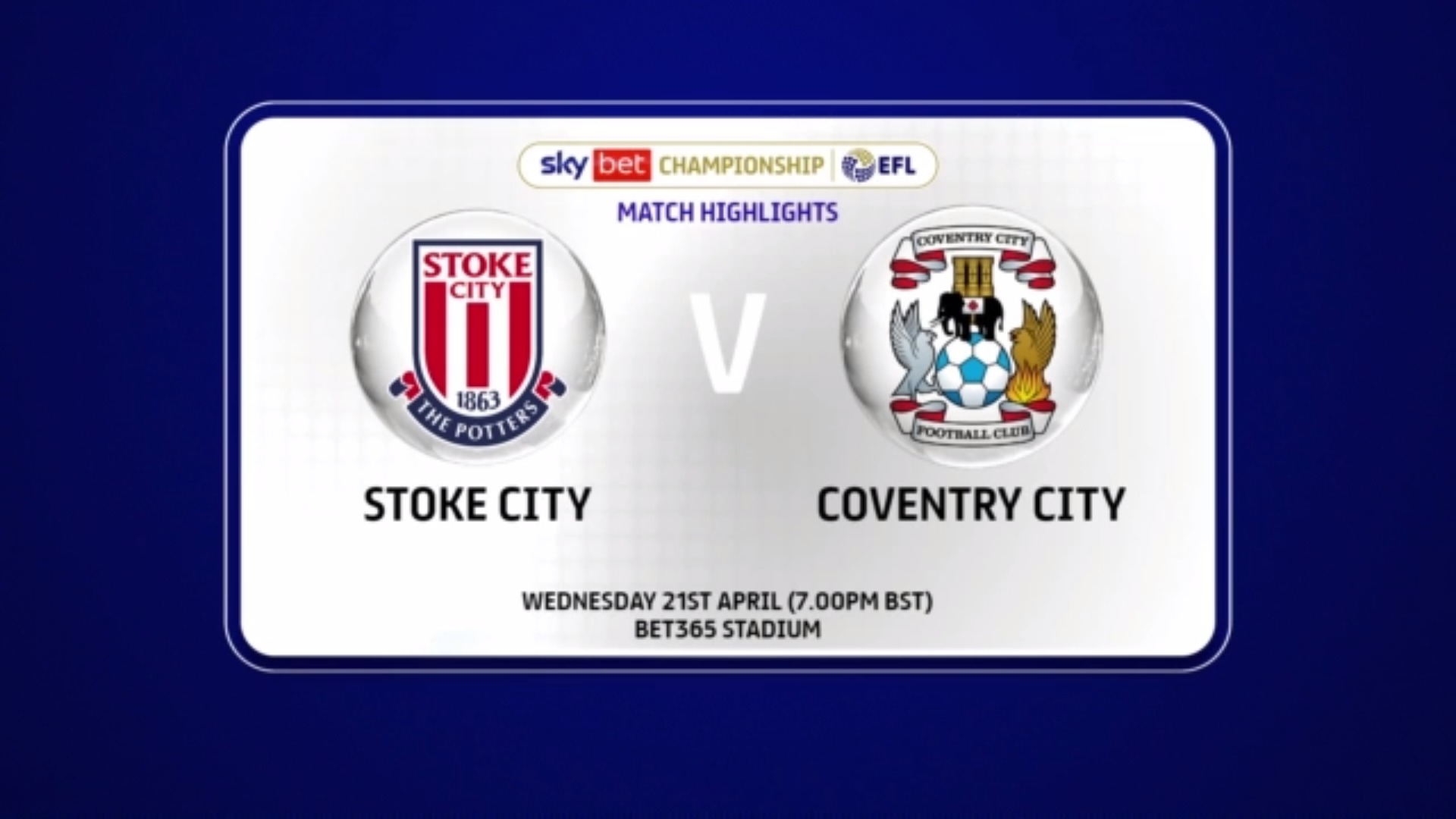 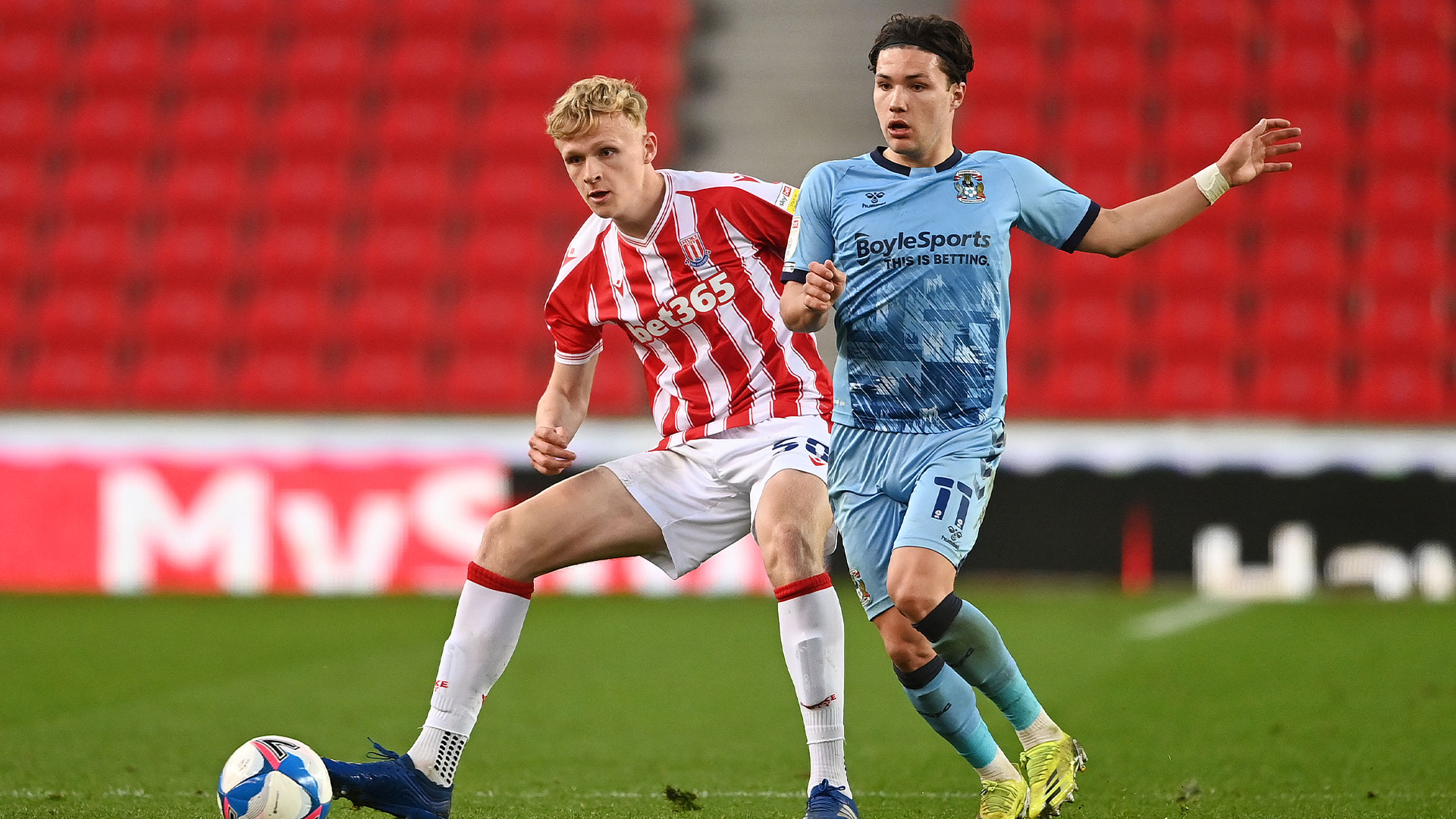