The Sky Blues host Preston North End at St Andrew’s on Saturday afternoon. Here’s everything you need to know about our opponents. 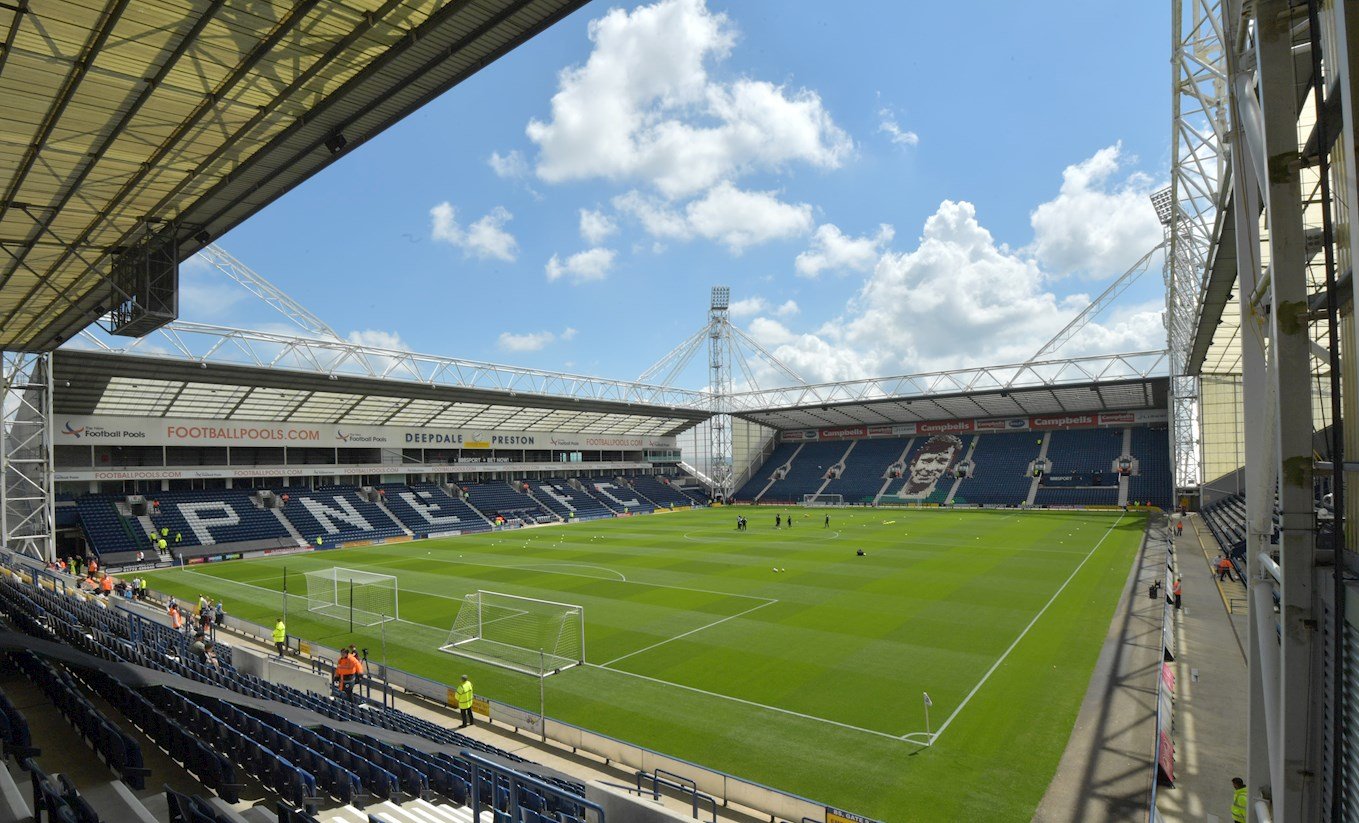 Preston are currently 14th in the Sky Bet Championship table and sit one place and point above the Sky Blues in the table.

The Lilywhites top scorer is Scott Sinclair who has scored nine goals this season whilst Ryan Ledson has provided five assists from central midfield.

The Lancashire club have won just five of their 21 matches since the turn of the year which led to the sacking of former boss Alex Neil last month with Frankie McAvoy taking over as interim head coach.

The 54-year-old worked with Neil during successful stints at both Hamilton Academical and Norwich City, winning promotion to Scotland’s top-flight with the former and promotion to the Premier League via the play-offs with the latter.

He spent a decade with Hamilton, having initially joined as an academy coach, eventually becoming academy director and first-team coach before spending two years with the Canaries.

The Scot reunited with Neil at Preston in July 2017 and after helping the club secure two top-10 finishes in his first three seasons in Lancashire, replaced Neil as interim head coach last month. 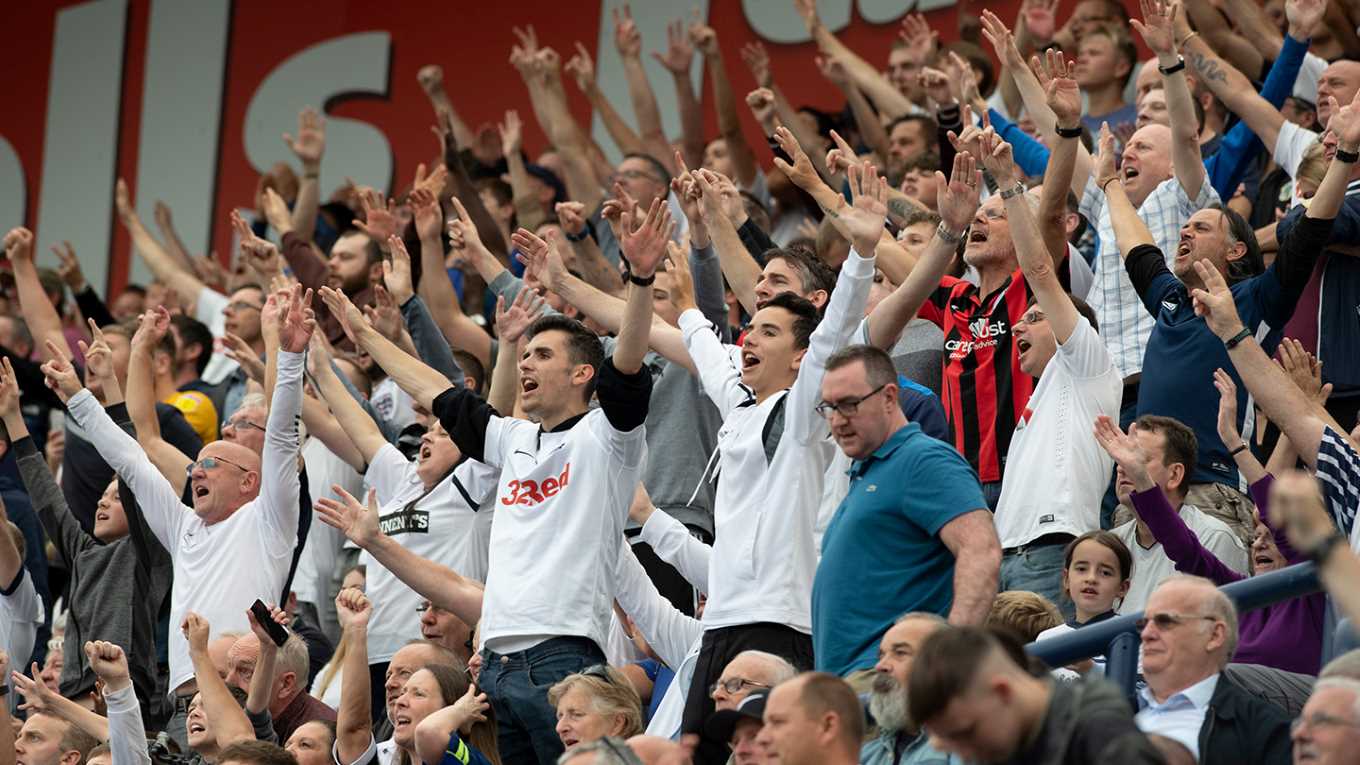 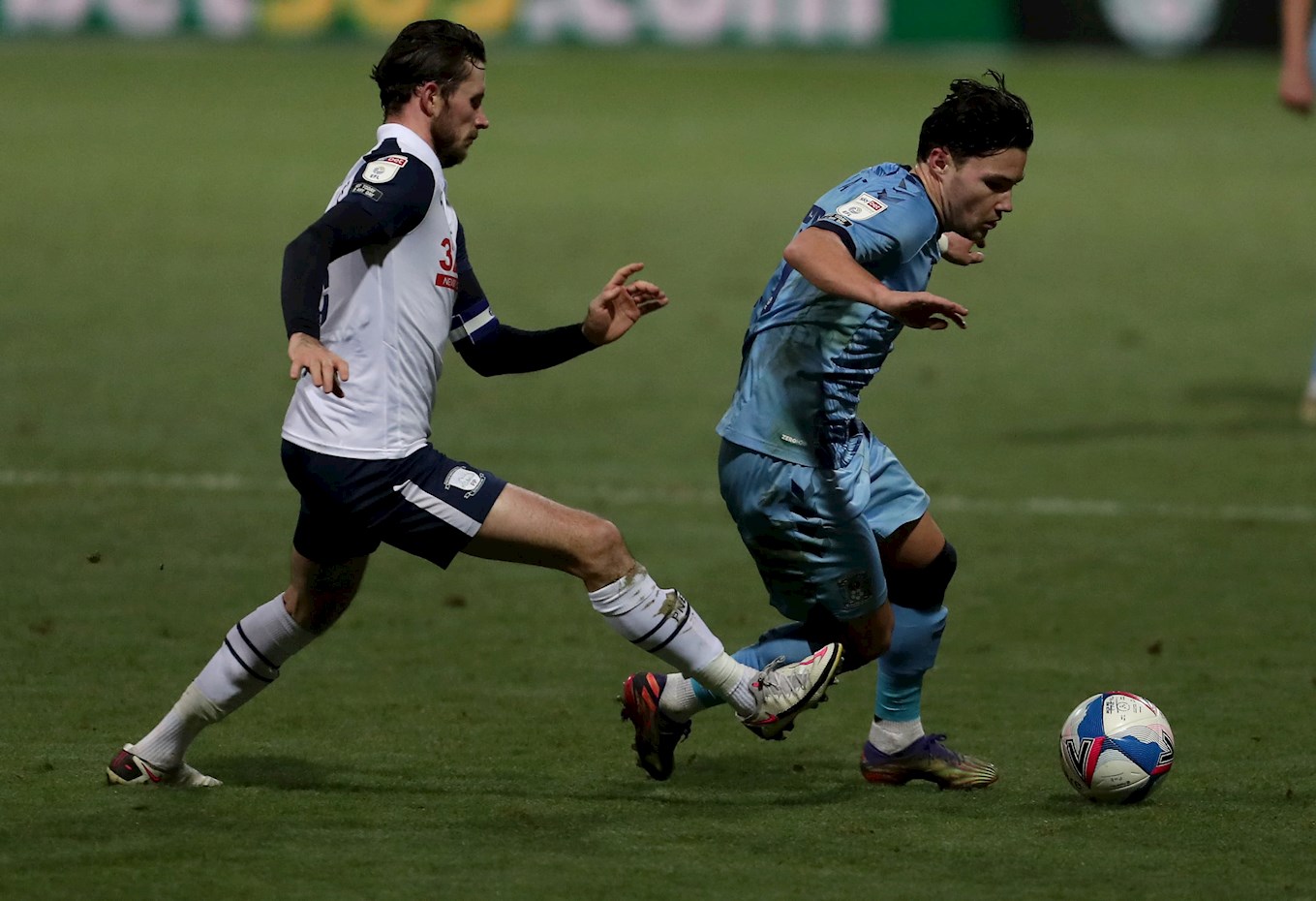 The two sides last met earlier this season when the Sky Blues suffered a 2-0 defeat to the Lilywhites at Deepdale.

Preston took the lead on 18 minutes when Sean Maguire robbed Ben Sheaf of possession before finding Daniel Johnson who coolly found the bottom left corner from 10-yards out.

City almost responded immediately when Gus Hamer fired straight at Preston keeper Declan Rudd from just inside the penalty area before acrobatically tipping away Fankaty Dabo’s dangerous cross from the right in the second period.

The hosts doubled their lead on 53 minutes when Maguire poked home from close range after a frantic goalmouth scramble in the Sky Blues six-yard box.

Leo Ostigard then headed over when well-placed at the near post before Hamer’s effort from distance and Sam McCallum’s follow-up attempt were both saved by Rudd as City couldn’t find a way back into the game despite a strong showing in Lancashire. 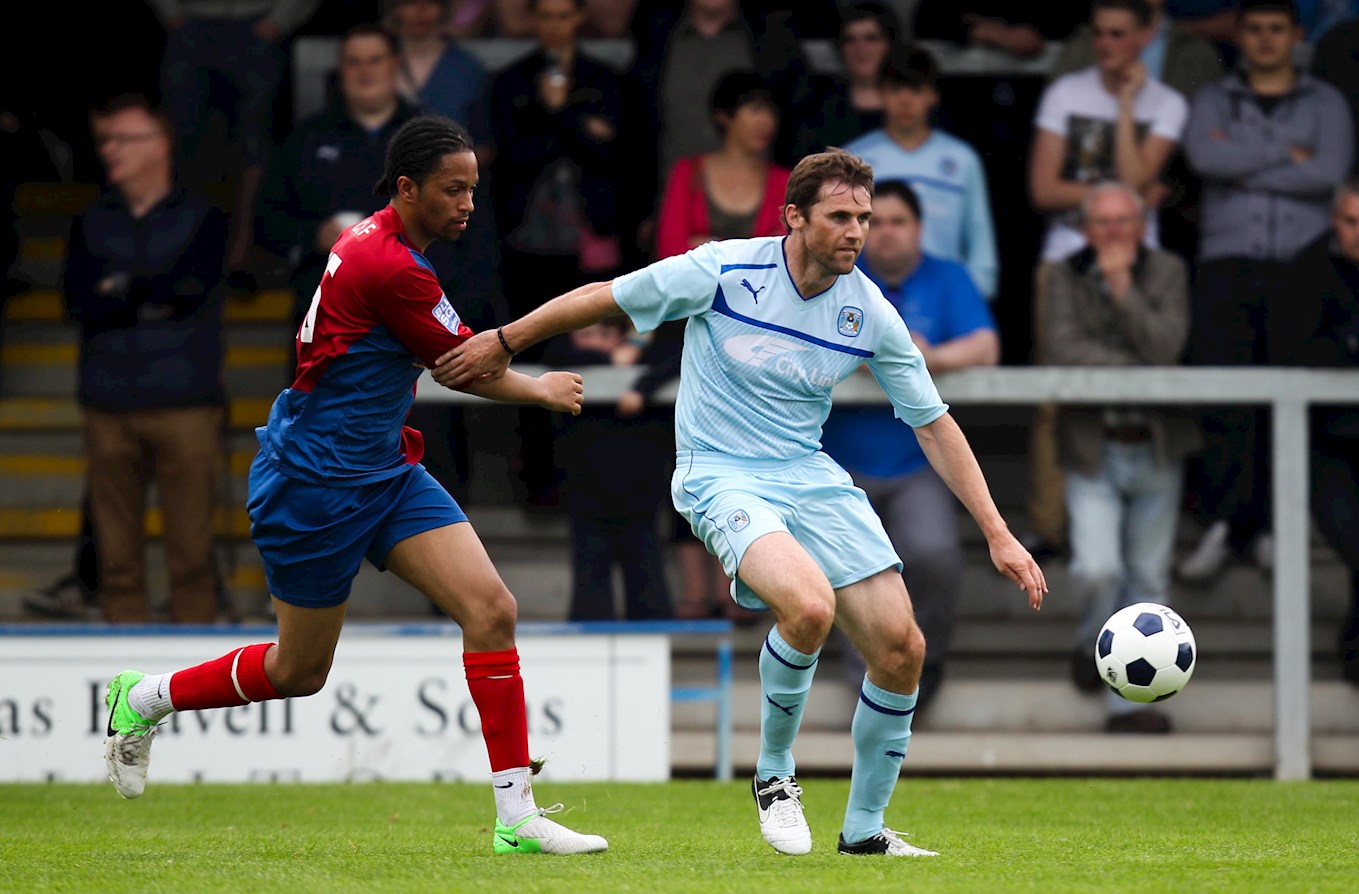 Former Republic of Ireland international Kevin Kilbane began his career with Preston before finishing his playing days with the Sky Blues.

Kilbane came through the youth ranks at Deepdale and impressed for the then Second Division side, scoring three goals in 55 appearances, to earn a move to West Bromwich Albion in 1997.

The 110-cap Republic of Ireland international made over a century of appearances for the Baggies during his two and a half seasons at the Hawthorns before securing a move to Premier League side Sunderland in December 1999.

However, Kilbane struggled for form during his four seasons at the Stadium of Light, which eventually led to the club’s relegation to the second tier with the Irishman departing for Everton in September 2003.

He was a mainstay in the Toffees side for three seasons, which included helping the club secure Champions League football in 2004/05, before signing for Wigan Athletic in August 2006.

After being a first-team regular for two seasons at the DW Stadium he signed for fellow Premier League side Hull City in January 2009 and remained with the club despite their relegation from the top-flight the following campaign.

Loan spells with Huddersfield Town and Derby County would follow before joining the Sky Blues in July 2012.

Kilbane scored the winner from the penalty spot on his debut against Dagenham and Redbridge in the League Cup and was made captain for the season by manager Andy Thorn.

However, the versatile defender/midfielder would make just 12 appearances in a City shirt, scoring twice, before announcing his retirement from football in December 2012. 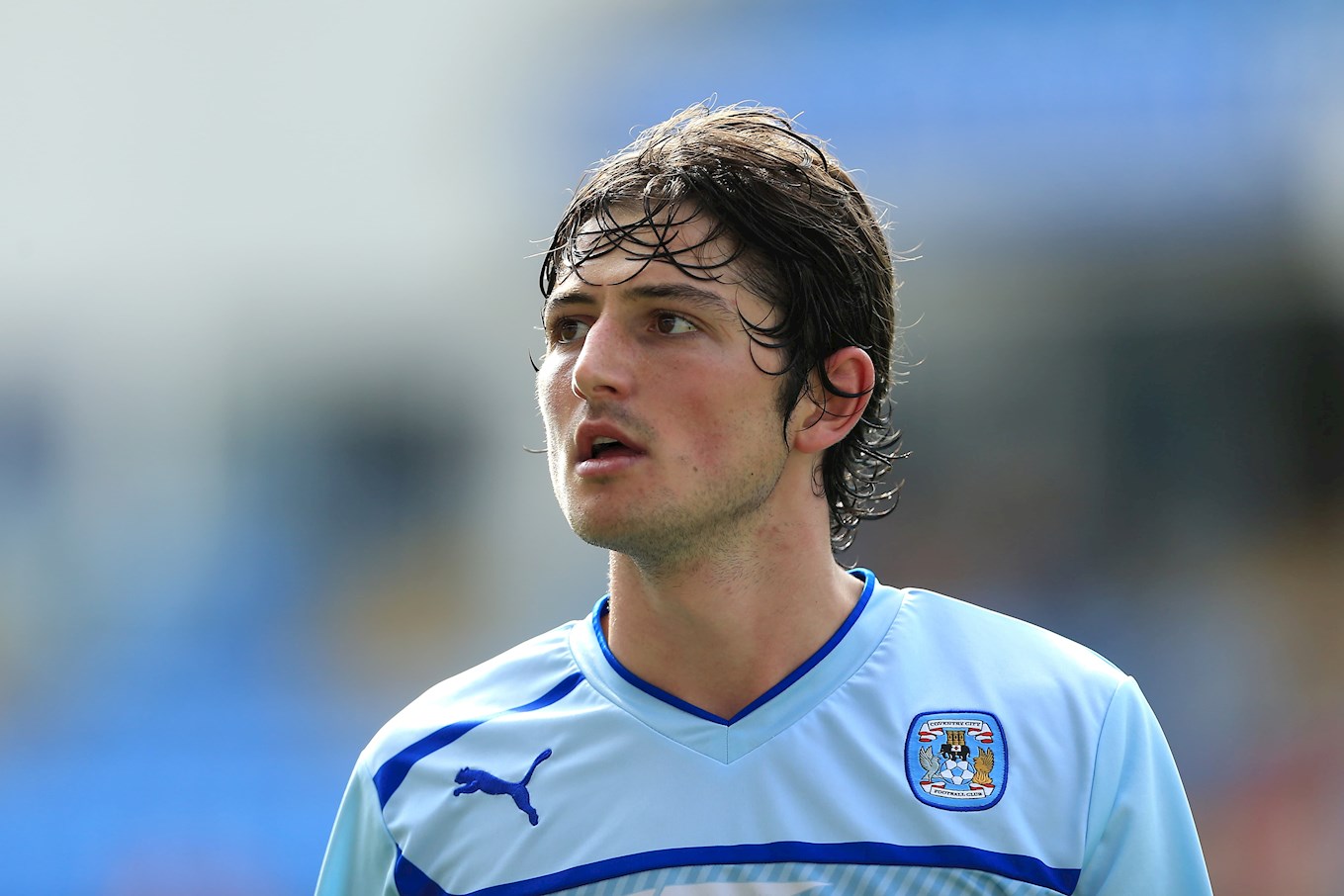 Preston youth graduate Adam Barton began his career with the Lilywhites before enjoying a three-year spell with the Sky Blues.

Barton came through Preston’s academy and made 58 appearances for the Lancashire club scoring three goals during his three seasons with the club, which included a brief loan spell with Crawley Town, before suffering a triple leg break in his final season with the club.

The midfielder signed for the Sky Blues in August 2012 and spent three seasons with City in League One where he managed 73 appearances scoring three goals, also taking in a loan spell at Fleetwood Town.

A short spell with Portsmouth would follow before heading north of the border to join Scottish Premiership side Partick Thistle where he spent two seasons, winning the club’s Player of the Year award at the end of his first campaign.

The one-cap Northern Ireland international moved to Scottish Championship side Dundee United following Partick’s relegation from the top-flight and spent time on loan at Welsh side Connah’s Quay Nomads before joining National League side Wrexham in July 2019. 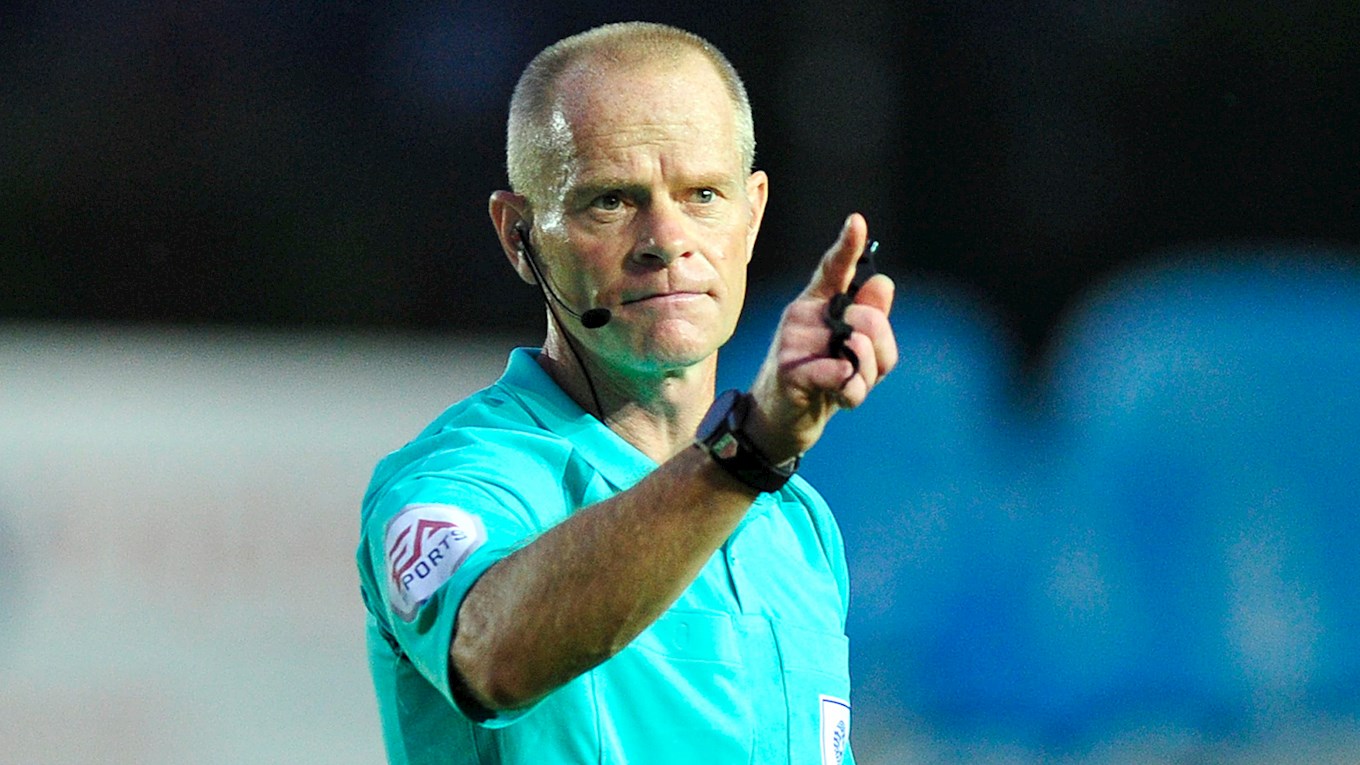 Andy Woolmer will be the man in the middle on Saturday afternoon, taking charge of his 31st game of the 2020/21 season.

He last refereed the Sky Blues in February this year when City were narrowly beaten 1-0 by Swansea City at the Liberty Stadium.

This will be Woolmer’s 17th season as a Football League referee and he has officiated the Sky Blues on 14 previous occasions, with City winning five, drawing five and losing four of those matches.

He will be assisted by Graham Kane and Michael George with David Webb acting as fourth official. 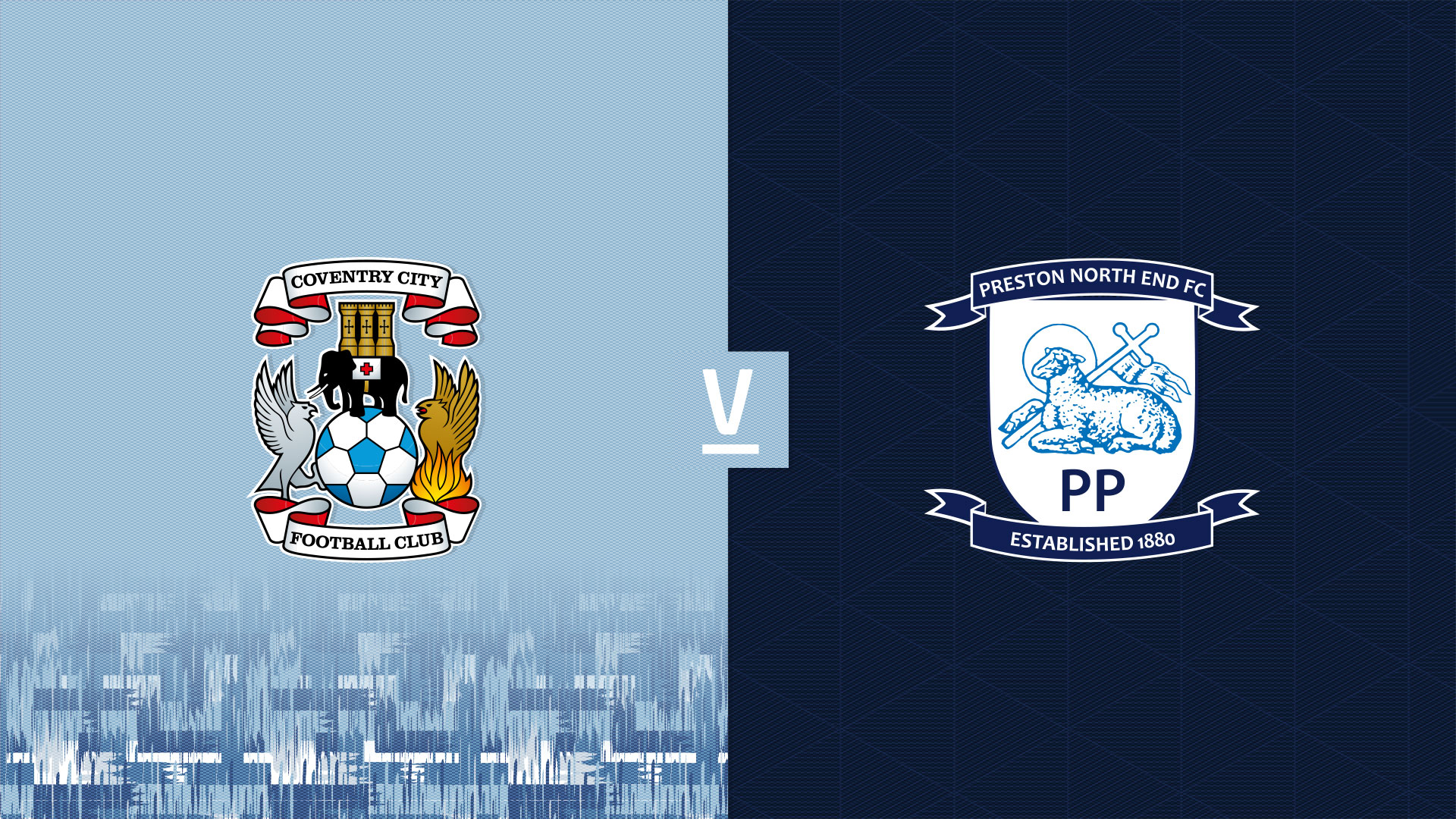 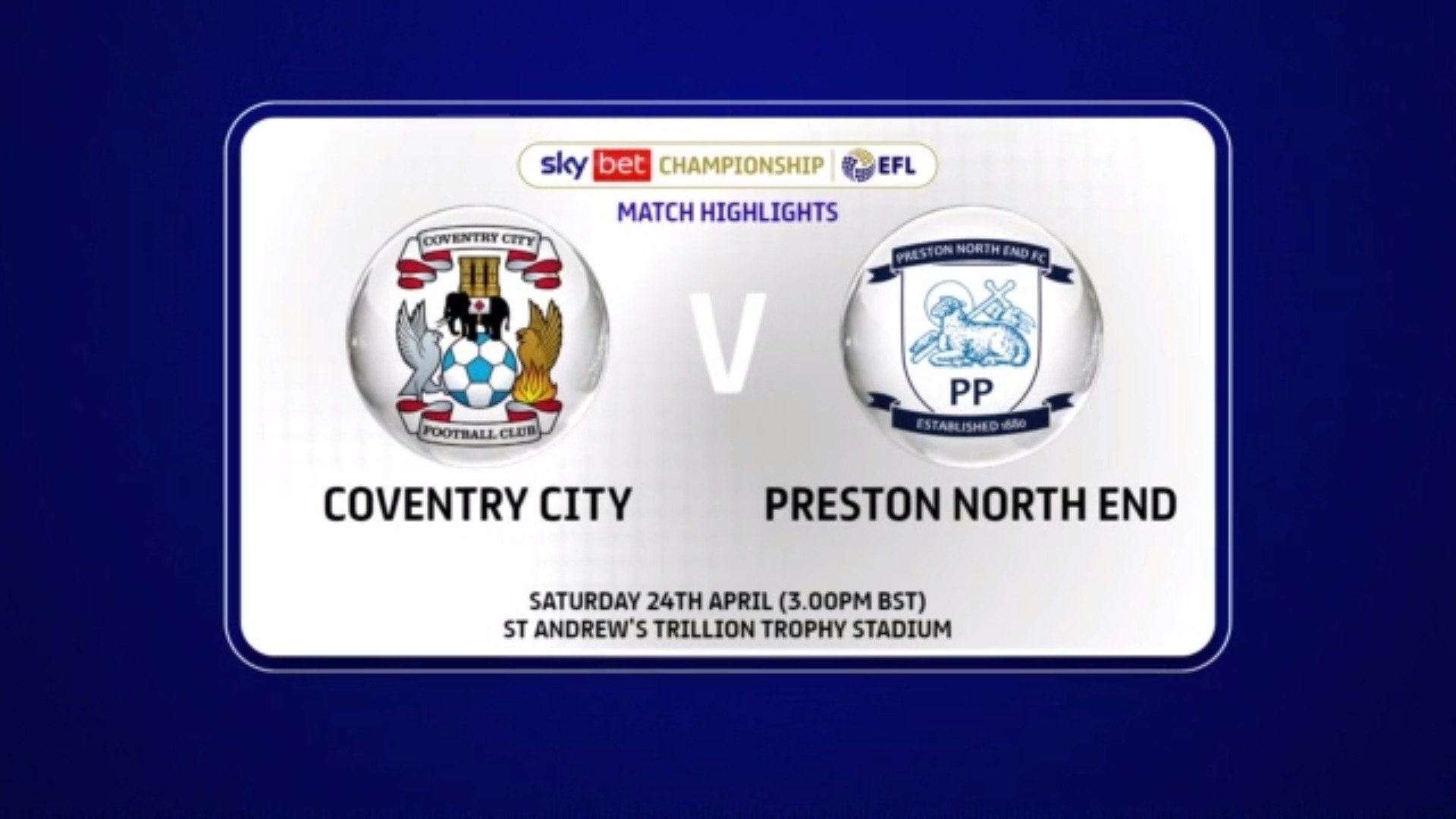 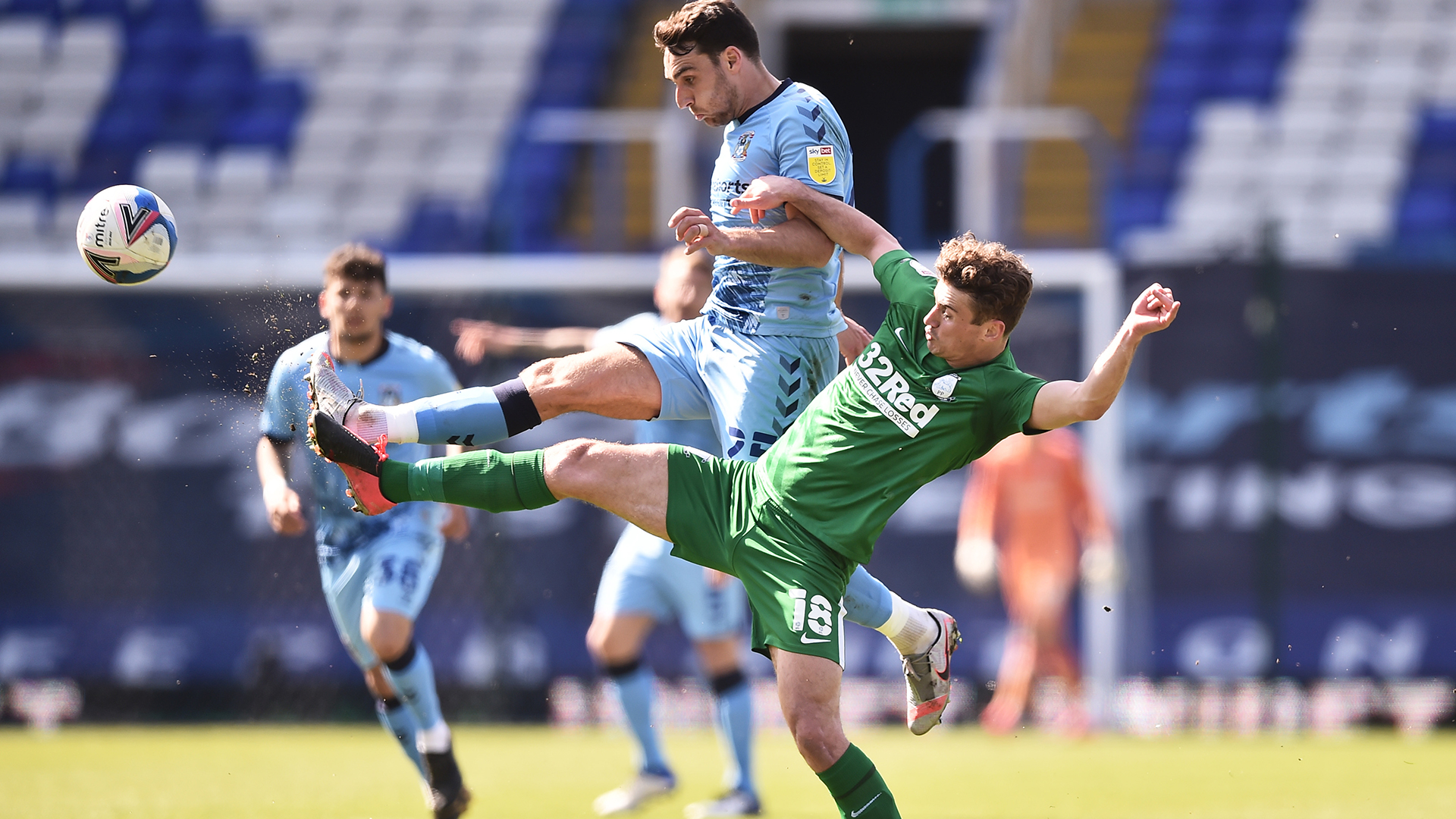